How Jon Snow became a 'Piglet' 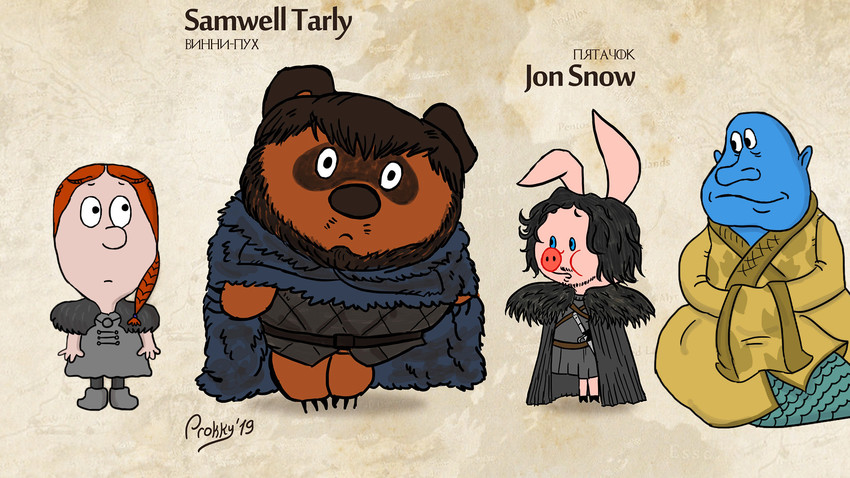 Prokopiy Ulyashov, a Russian artist from Syktyvkar (Komi region, Russia, 1,300 km from Moscow), saw that many characters from the ‘Game of Thrones’ TV show strikingly resembled some of the most famous Soviet cartoon characters. 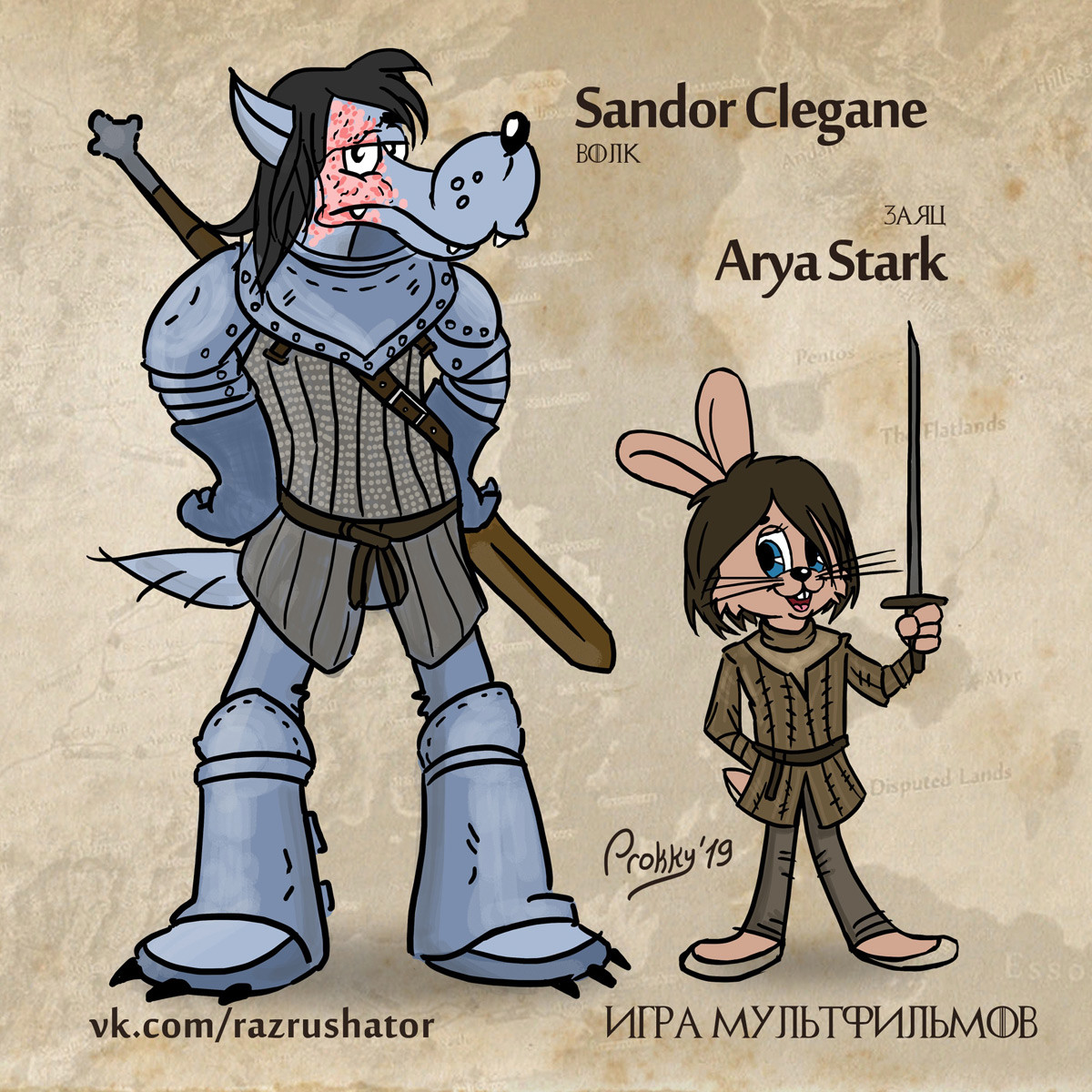 1. Sandor ‘The Hound’ Clegane and Arya Stark as main characters from Nu Pogodi! (“Just You Wait!”), a Russian variation of ‘Tom and Jerry’. 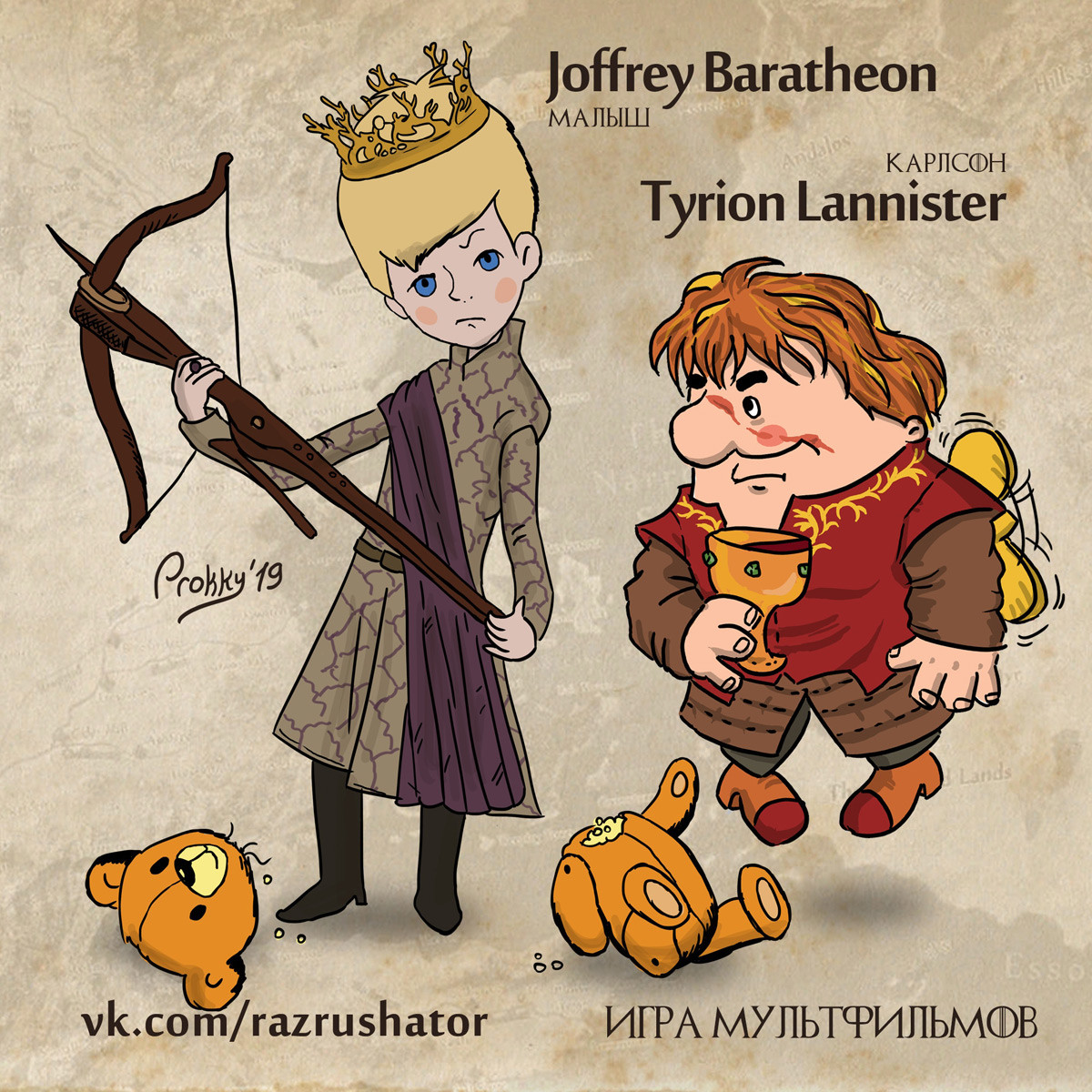 2. Joffrey Baratheon and Tyrion Lannister as Svante and Karlsson from Astrid Lindgren’s Karlsson-on-the-Roof and the eponymous Soviet cartoon. 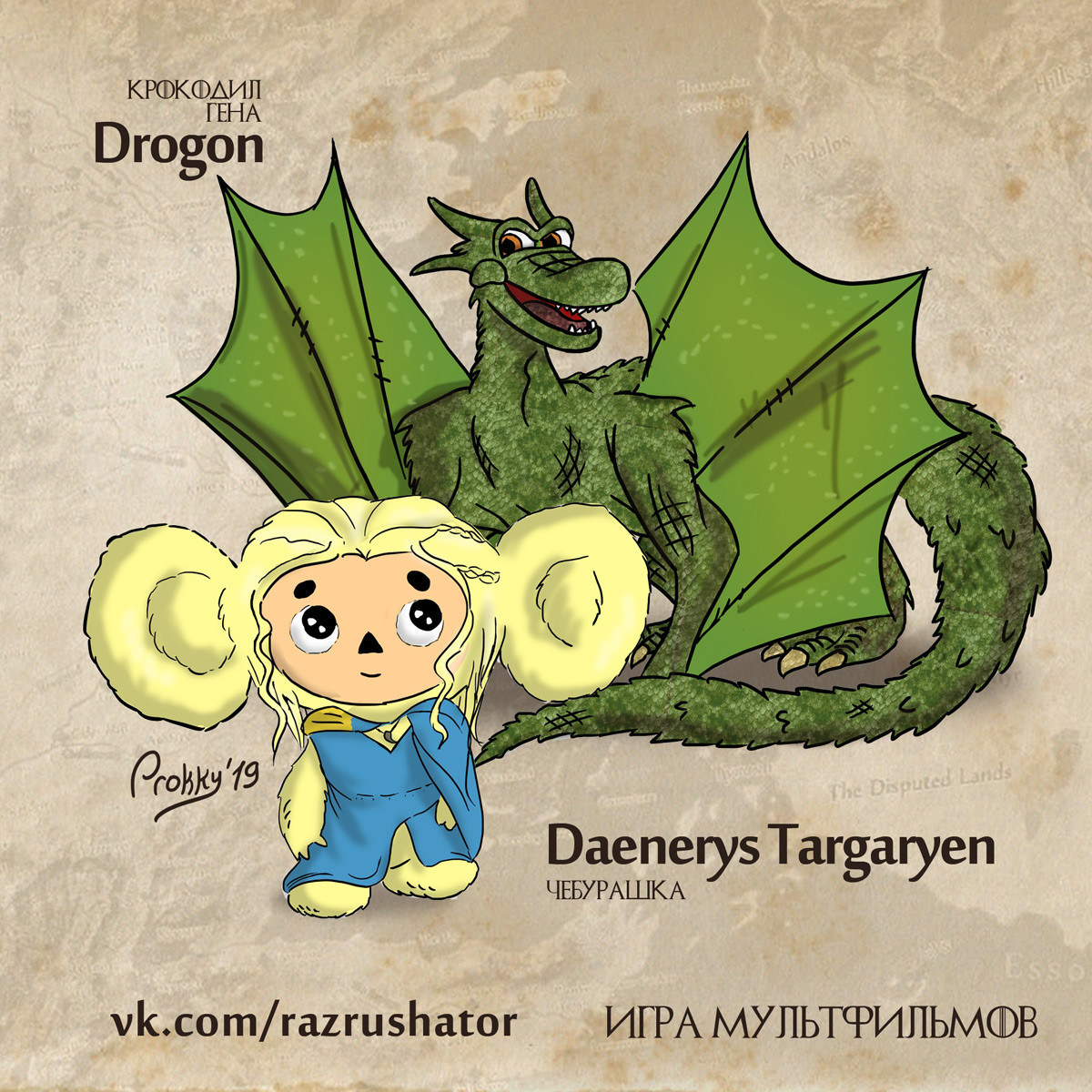 3. Daenerys with her pet dragon as characters from Cheburashka, a Soviet cult classic.

“I love both the Soviet animation I grew up with, and Game of Thrones. This series is indisputably the most important event on television in the last ten years’…” Prokopiy says. “This idea came to me back in 2015, but I only developed it now. I believed in the success of this comic series, but I couldn’t imagine it would be so big! I’m about to create a second edition of it now.” 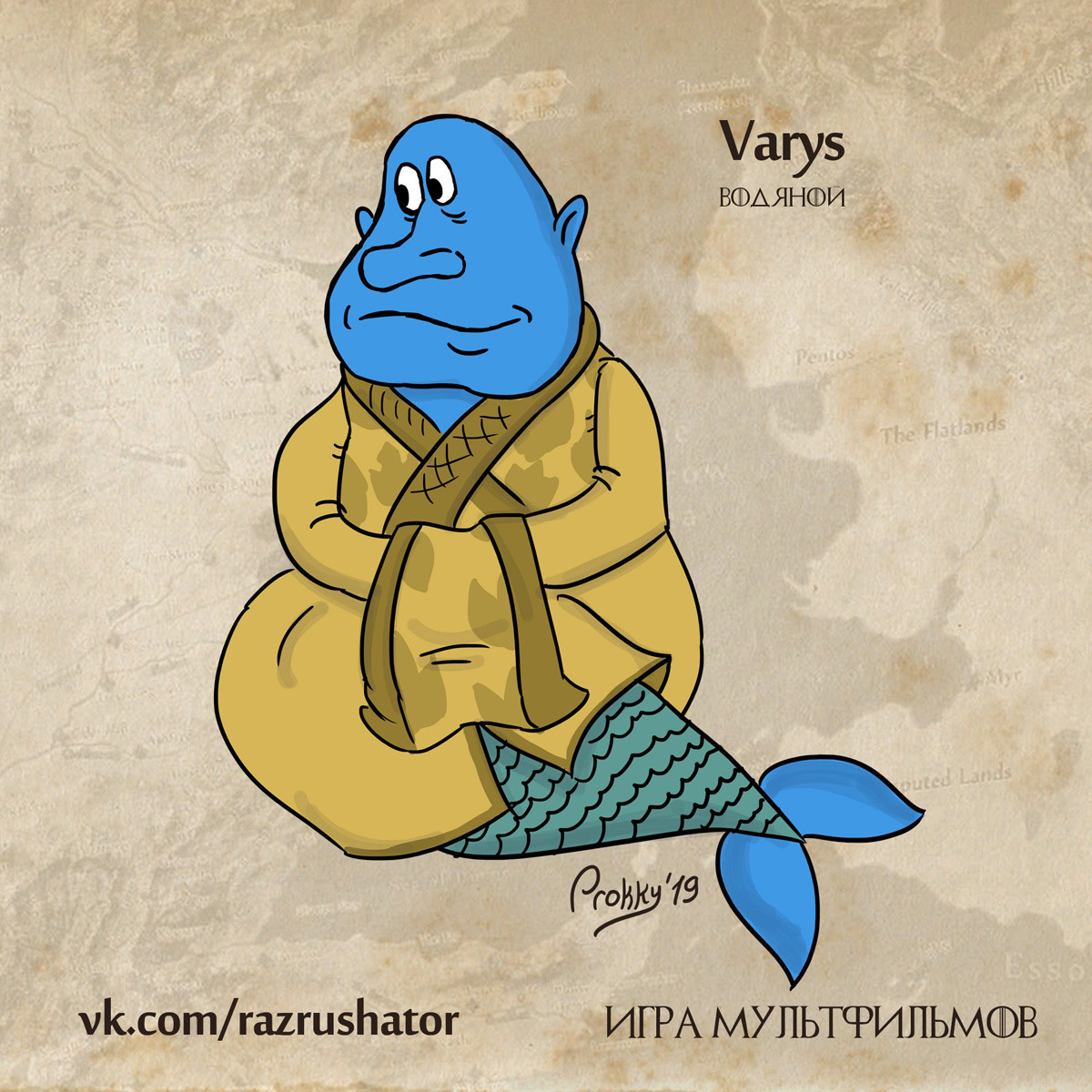 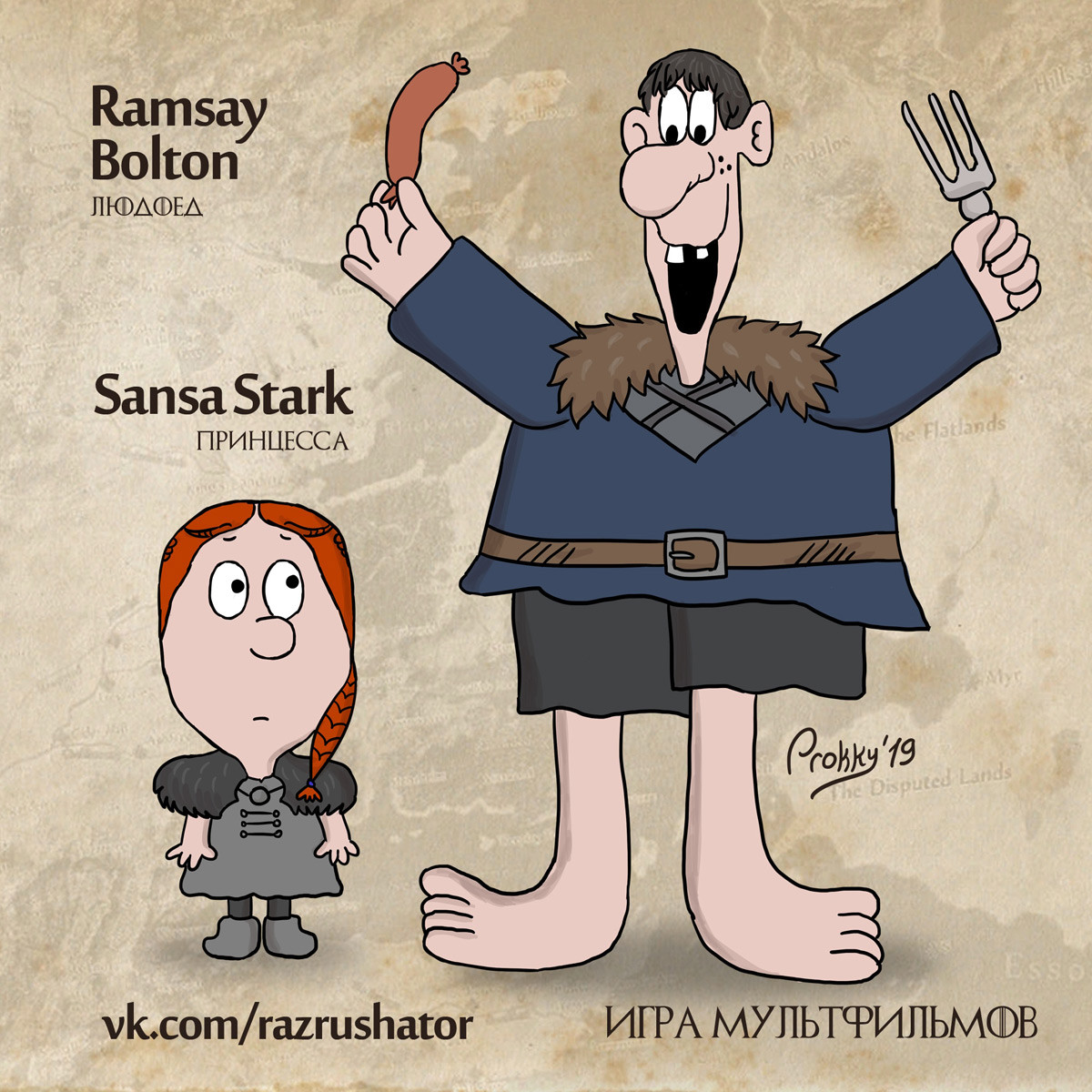 5. Ramsay Bolton and Sansa Stark were reimagined as The Princess and The Ogre cartoon. 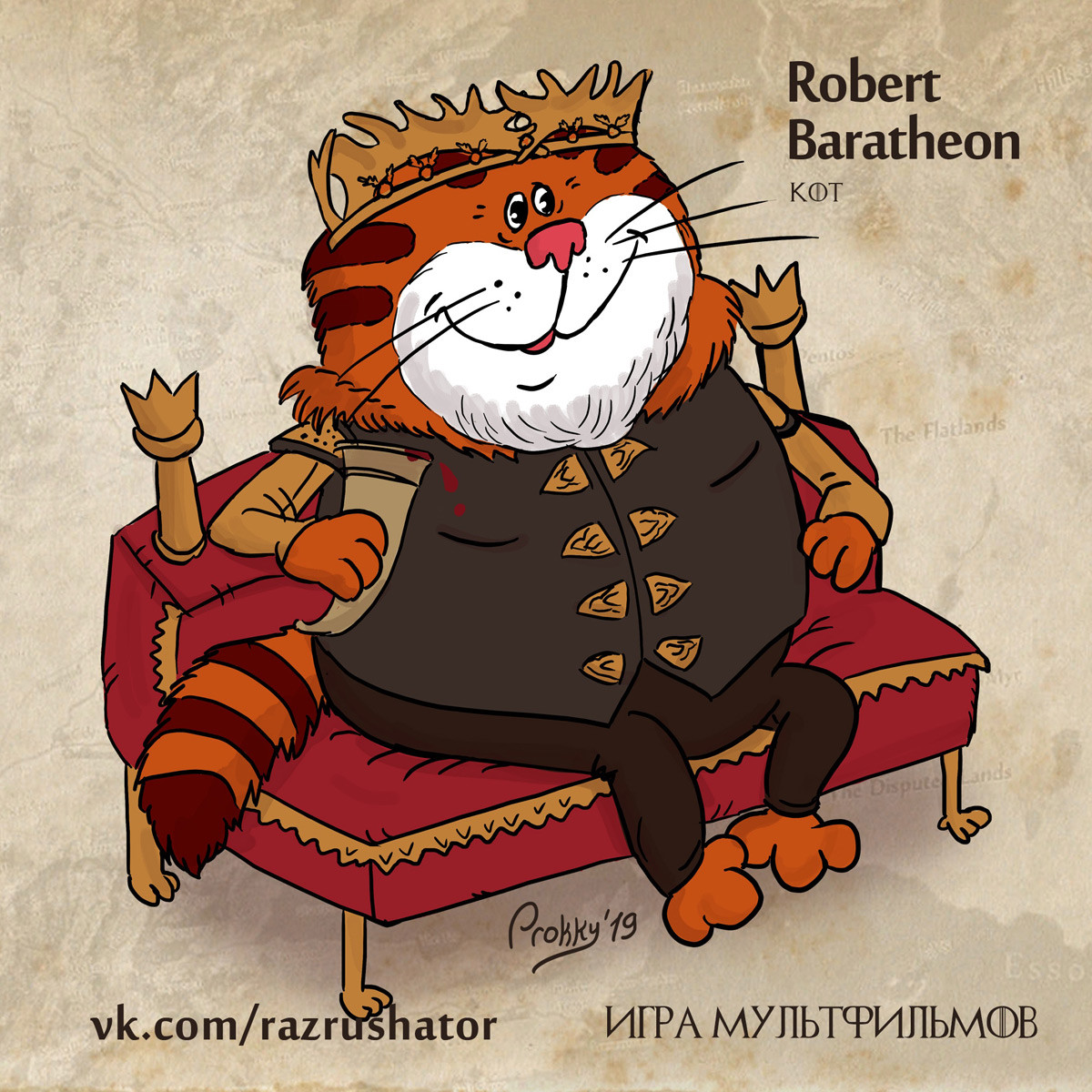 6. Robert Baratheon is definitely this character from Return of Kesha The Parrot! 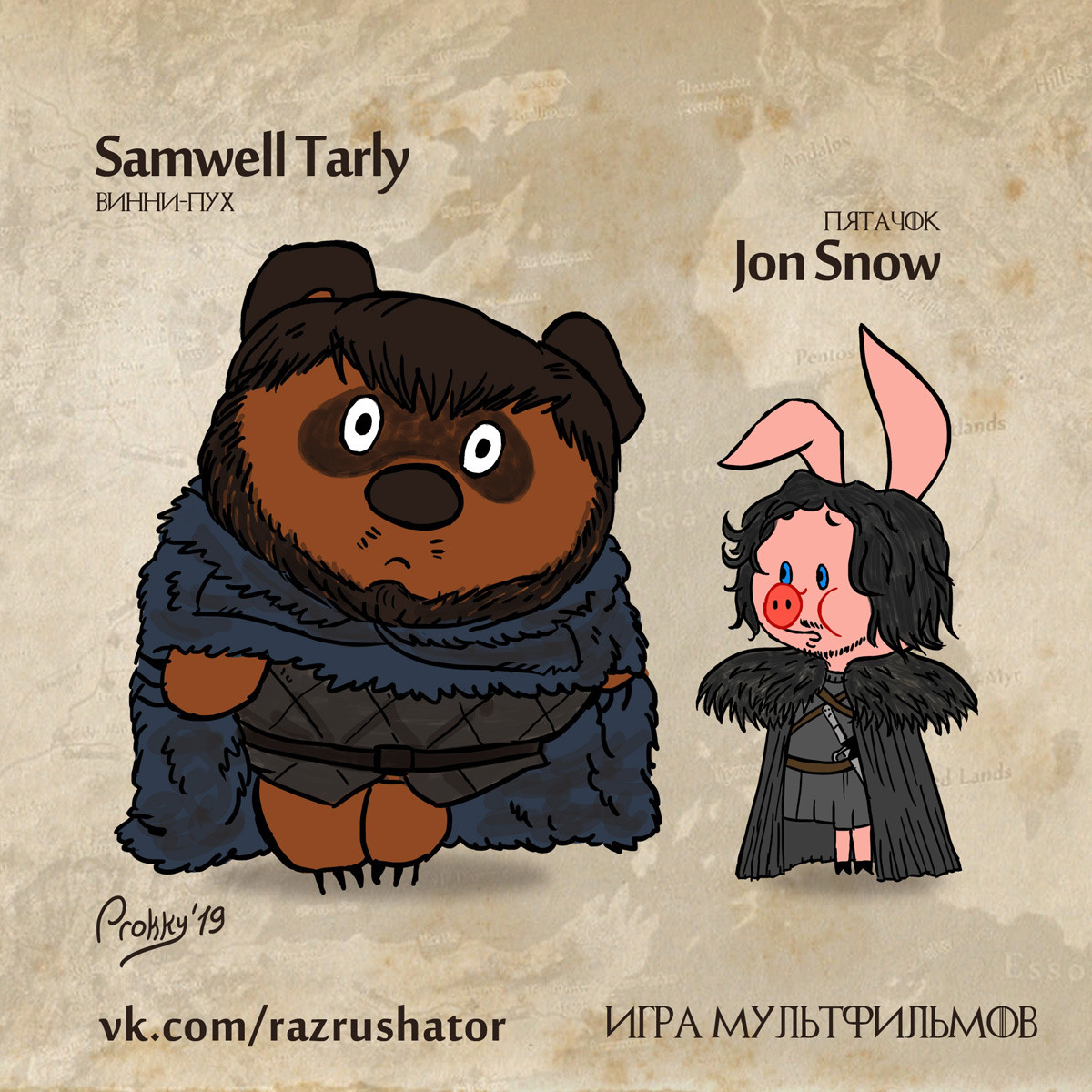 7. Samwell Tarly and Jon Snow are almost spitting images of the Soviet version of Pooh and Piglet! 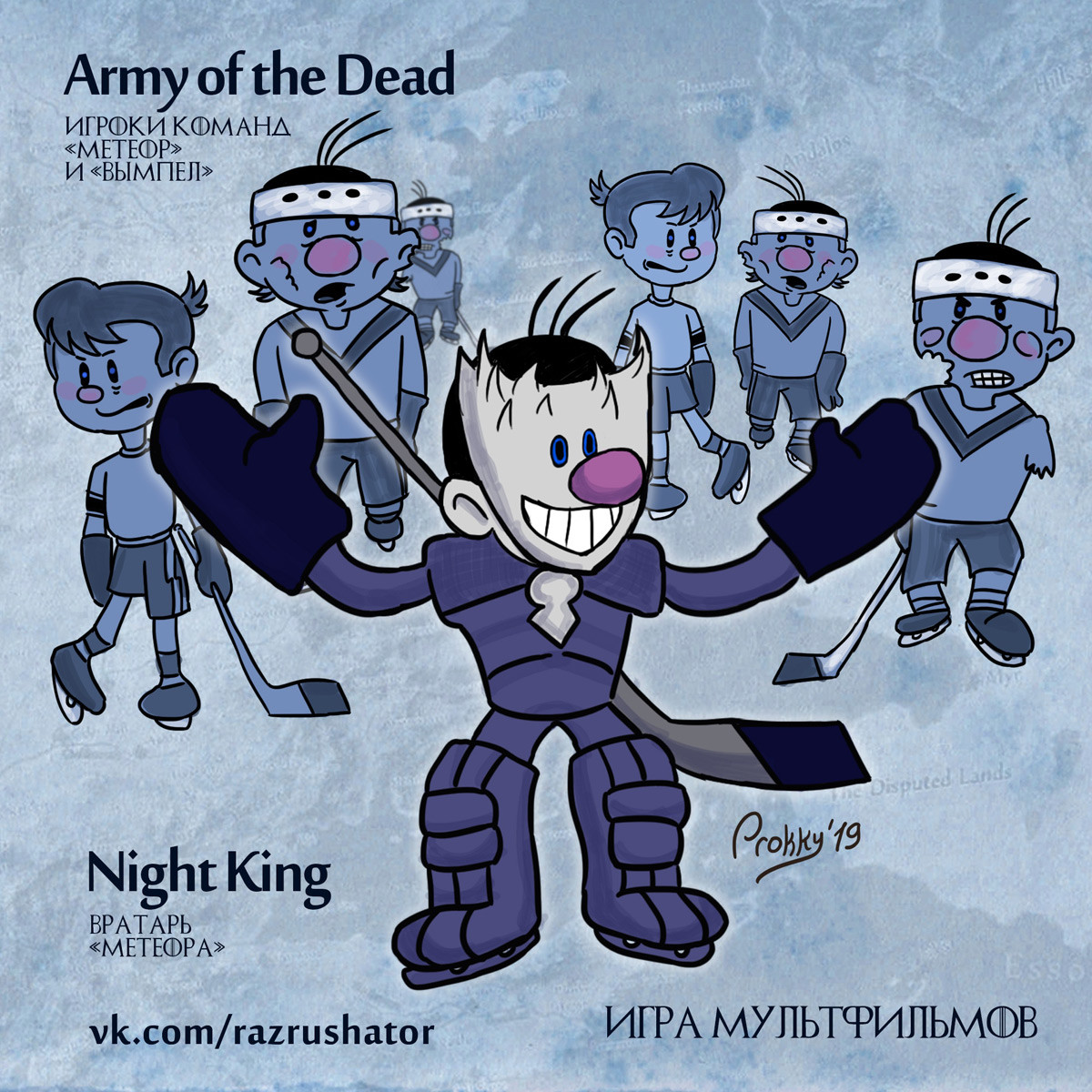 8. And finally, the Night King and the Army of the Dead are turned into our favorite players from the miniseries about “Meteor” and “Vympel” hockey teams!