Russia and Russians in the novels of foreign authors 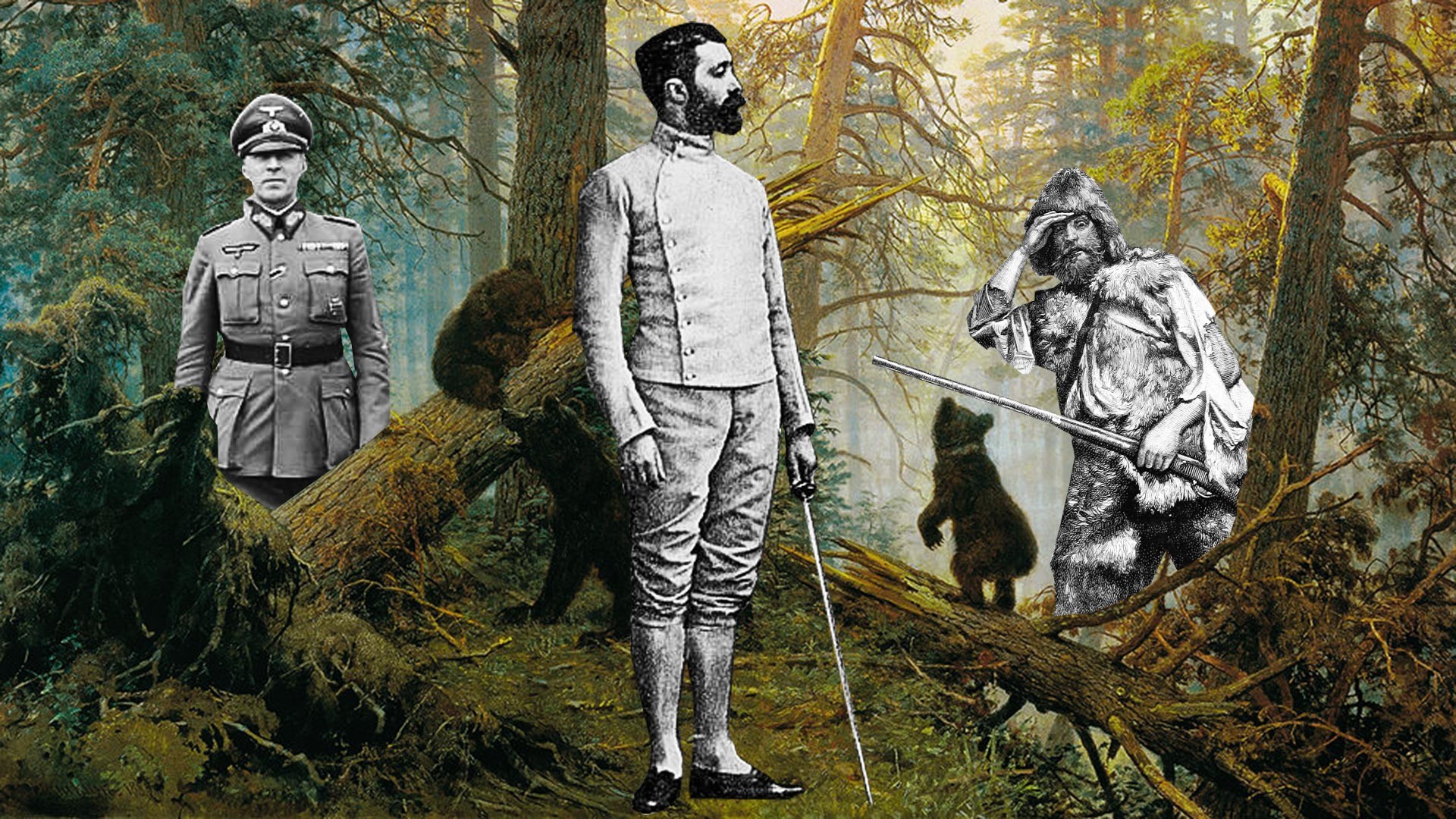 Russia Beyond (Photo: Ivan Shishkin, Konstantin Savitsky; Public domain)
Distant, northerly Russia, and its austere inhabitants have attracted the interest of authors around the world. Many have sought to place their characters in a Russian setting or to spice up their novels by adding a Russian protagonist.

Dozens of memoirs and diaries have been written about Russia. Many classic authors such as John Steinbeck, John Reed, H. G. Wells, Gabriel García Márquez and others have left vivid testimonies of their travels in Russia.

What about fiction? How has it reinterpreted Russia? 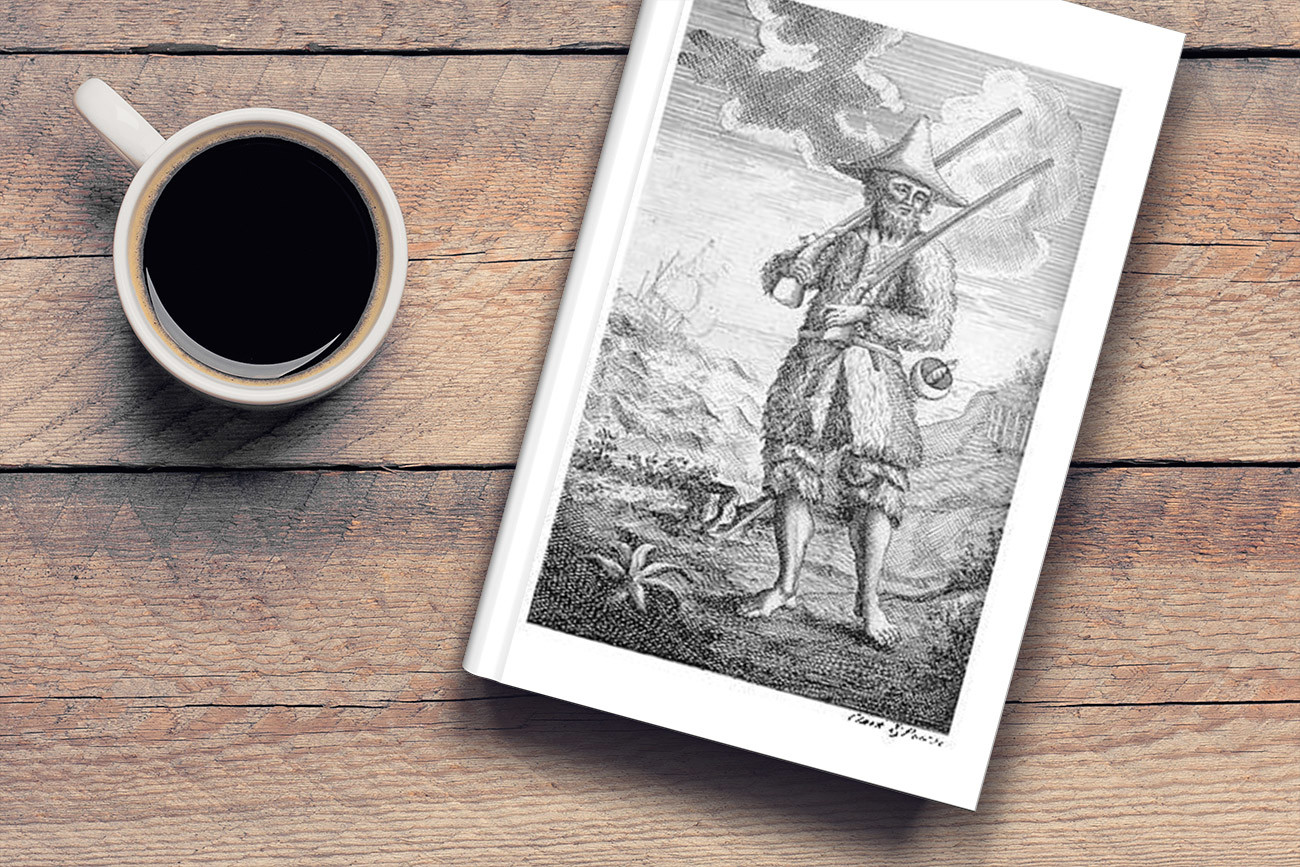 Most people are well acquainted with the first part of the incredible story of Robinson Crusoe who was shipwrecked and ended up living on a desert island for 28 years.

But the story has a sequel - the second, less well-known, book is entitled The Farther Adventures of Robinson Crusoe, and in it the famous protagonist goes on his travels to Asia, returning home through Siberia and the north of the European part of Russia, in order to sail back to England from Arkhangelsk.

The action takes place in 1703. He describes Siberia as a wild place and Russia as a "rude, impotent, and ill-governed… crowd of slaves". In Tobolsk, one of the main Siberian cities of the time, Robinson spent eight months and it left a lasting impression on him. "The cold [was] so intense that I could not so much as look abroad without being wrapped in furs, and a kind of mask of fur before my face, with only a hole for breath, and two for sight: the little daylight we had was for three months not above five hours a day, and six at most; only that the snow lying on the ground continually, and the weather being clear, it was never quite dark.”

In Siberia, however, Crusoe met not just barbarians but also perfectly respectable people - exiled nobles, military men, princes and other representatives of the upper classes. 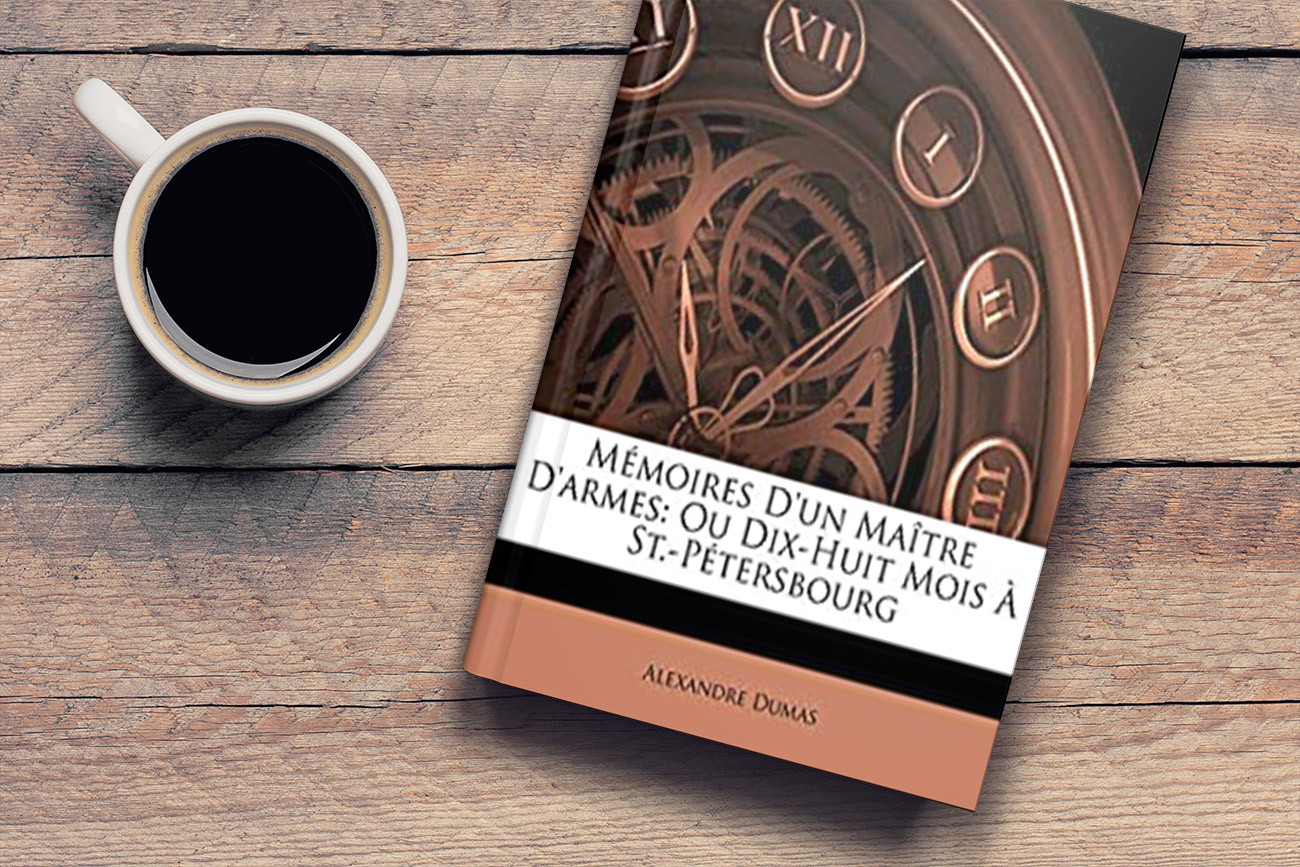 The novel's full title in French is Memoirs of a Maître d'Armes; or, Eighteen Months at St. Petersburg. According to the plot, the author comes across the memoirs of a fencing master written in Russia. It turned out that many of his pupils subsequently became Decembrists - participants in the 1825 revolt in St. Petersburg. The revolt was suppressed and the Decembrists were banished to Siberia.

Dumas brings up a rather romantic aspect of the events and tells the story of the "Decembrist wives" - a subject that literally became a stock theme in Russia. Thus, the Frenchwoman Louise follows her fiancé, Russian Count Annenkov, to Siberia and the fencing master volunteers to be her traveling companion. Incidentally, Louise had a prototype - milliner Pauline Gueble who personally petitioned the Tsar for permission to travel to Siberia to marry Annenkov. Her story inspired Dumas to write the novel.

In the novel, Dumas demonstrates an incredible knowledge of St. Petersburg, describing in detail its streets and the realities of city life, as well as the revolt itself.

By the way, the novel was banned by the Tsarist censor precisely because of its description of the Decembrist revolt, although, of course, many people were able to read it. It was only first officially published in 1925. 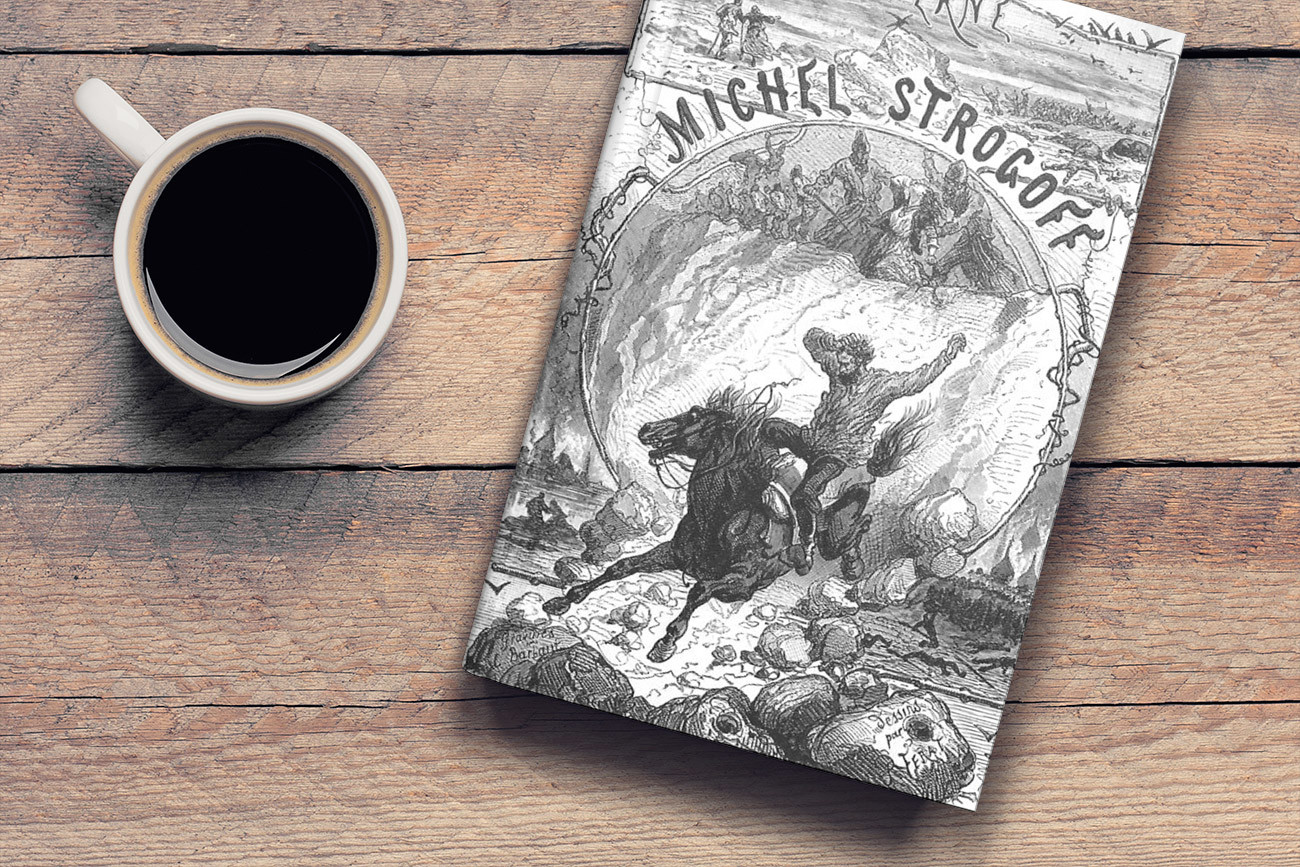 Twenty Thousand Leagues Under the Seas, In Search of the Castaways and The Mysterious Island all feature among Russian children's favorite adventure novels, and are part of their recommended summer reading list. Notable by its absence is Michael Strogoff, a novel also known as The Courier of the Czar, which was one of the few of Jules Verne's works published in Russia with a long delay - of 20 years.

It’s not difficult to see why. The narrative, to put it mildly, lacks historical accuracy. According to the plot, a rebellion that threatens to engulf the whole of Siberia breaks out among "the nomads of the Turkestan region who are under Russian dominion". The Russian Tsar dispatches his trusted emissary Michael Strogoff to Irkutsk to warn the local governor of the treasonous events that are brewing. On his journey, Strogoff ends up having all kinds of adventures. He is even captured by the rebels, but the hero encounters true friends and together they courageously surmount all obstacles.

In order to avoid damaging diplomatic relations between Russia and France, which were already strained, Verne's publisher showed the manuscript to Russian writer Ivan Turgenev, who lived in France. Verne corrected many details of the rebellion in response to Turgenev's comments. 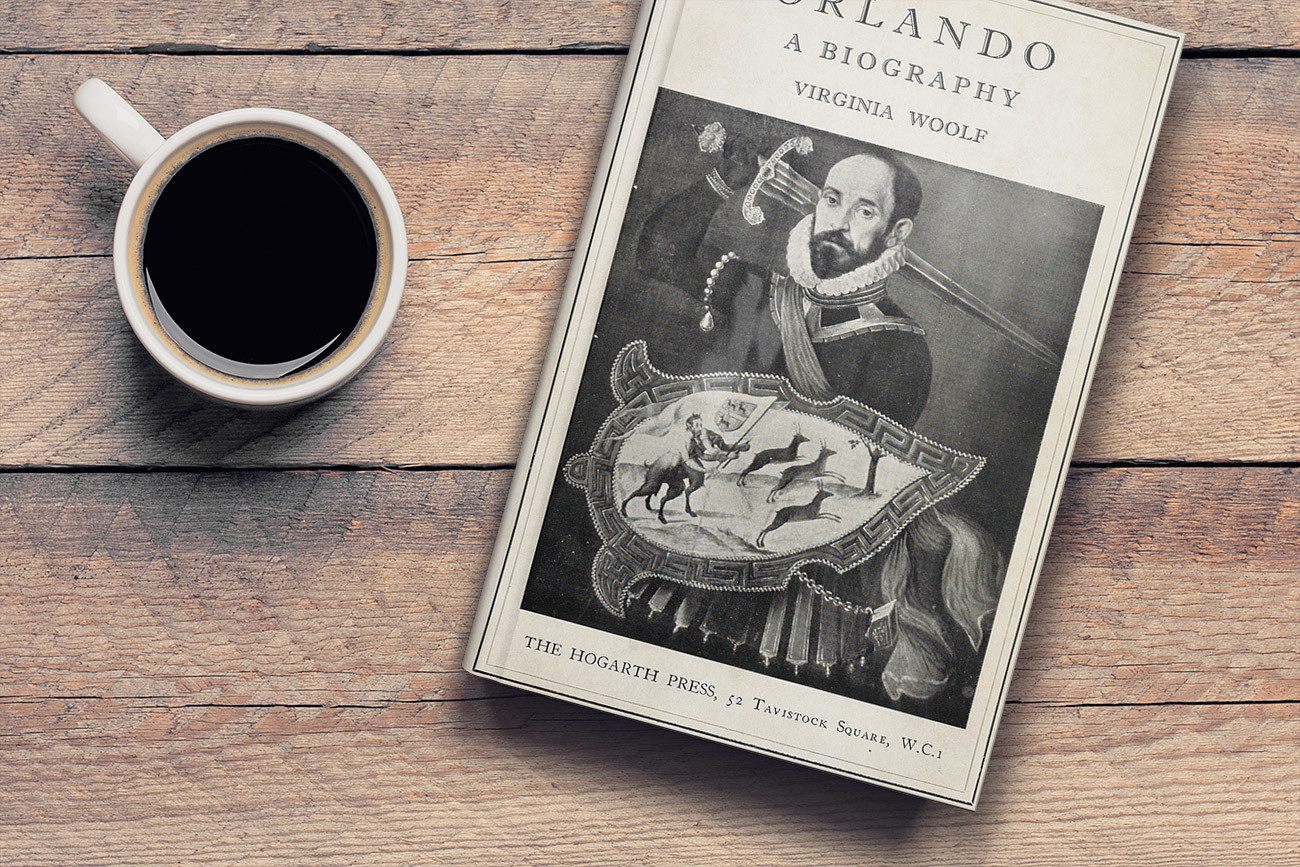 Virginia Woolf was a great admirer of Russian literature and was enormously influenced by Fyodor Dostoevsky, Leo Tolstoy and Ivan Turgenev, adopting literary devices and a psychological approach to the depiction of character learnt from each. Even though the action of her satirical novel Orlando takes place in England, the book has a vivid Russian theme imbued by Woolf with her own conception of Russia, the Russian soul and Russian art and literature. It has to be said, however, that the writer is very free and easy with historical details and realities.

Orlando, the chief protagonist of the novel, meets Sasha, the Russian ambassador's daughter, gracefully skating on the frozen Thames at the time of the Great Frost of 1607. Woolf writes how the heroine was dressed in a "loose tunic and trousers of the Russian fashion" and how the hero was struck by her exotic appearance. Russian girls did not dress like this in real life - the outfit recalls a costume in the spirit of Diaghilev's Russian Seasons which popularized the "Russian style".

Woolf describes the Russian envoys with whom Sasha had arrived in London for the coronation of James I in a similar way. They are largely uncivilized and enigmatic people. "In their great beards and furred hats they sat almost silent; drinking some black liquid which they spat out now and then upon the ice." 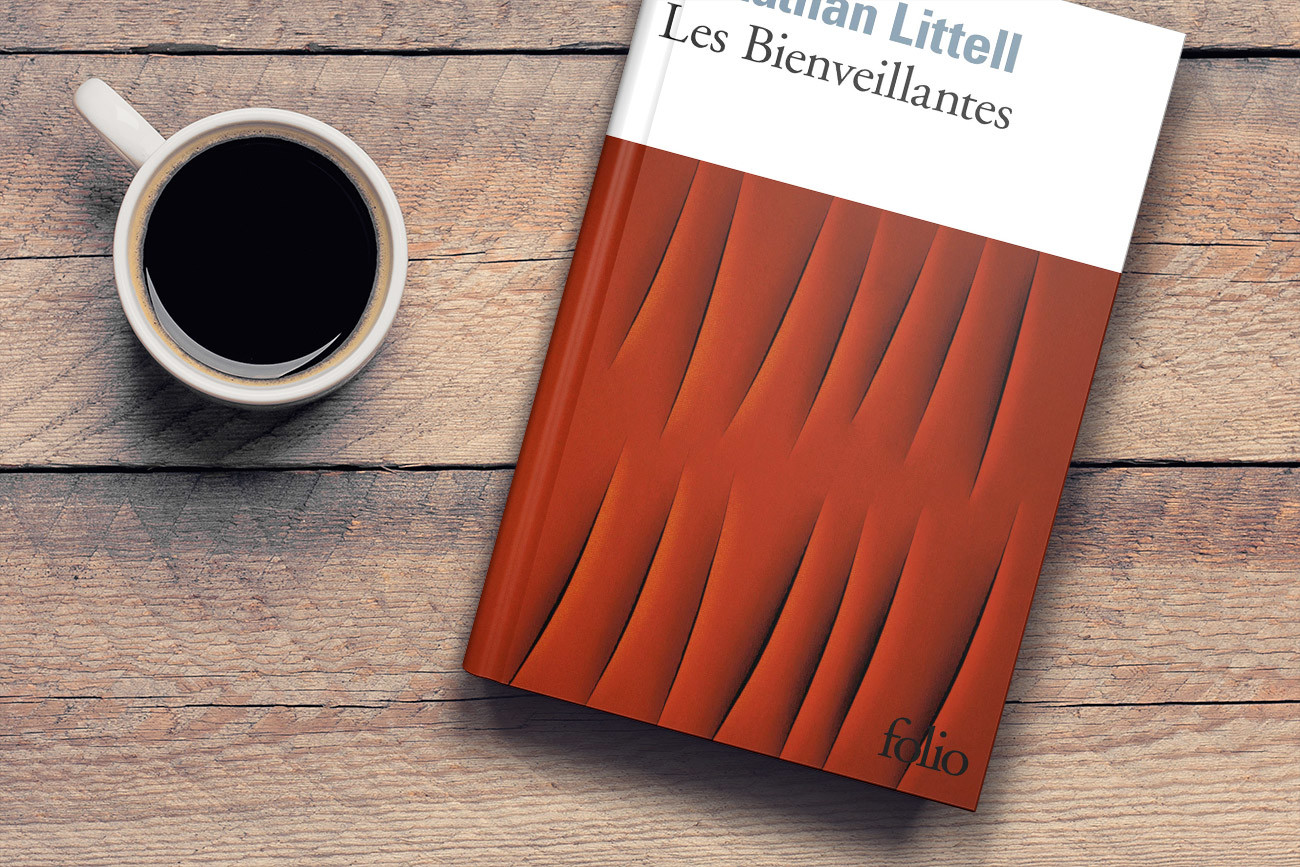 A worldwide bestseller and winner of numerous awards, Littell's novel describes the events of World War II from the moment the Soviet Union entered the war - covering the period from 1941 and ending in 1945 and the fall of Berlin.

The main protagonist, from whose point of view the book’s events are narrated, is SS officer Maximilien Aue, who arrives in the USSR to conduct punitive operations. He describes the terrible events he witnesses: from the shooting of Jews in Kiev to the Battle of Stalingrad.

With incredible accuracy Littell portrays vivid Russian character types: collective farm women and peasants with accordions. In addition, the novel contains a number of references to Russian literature, and the main protagonist himself can be compared to Pechorin, the character in Mikhail Lermontov's A Hero of Our Time. Even the scene in which Aue gets embroiled in a duel with a fellow officer is an hommage to Russian literature. The very form of the work is highly reminiscent of the classic Russian novel.