History
Nikolay Shevchenko
Getty Images
Coca-Cola, Levi’s, and Marlboro were some of the contraband goods from abroad that were greatly desired - and scarce. 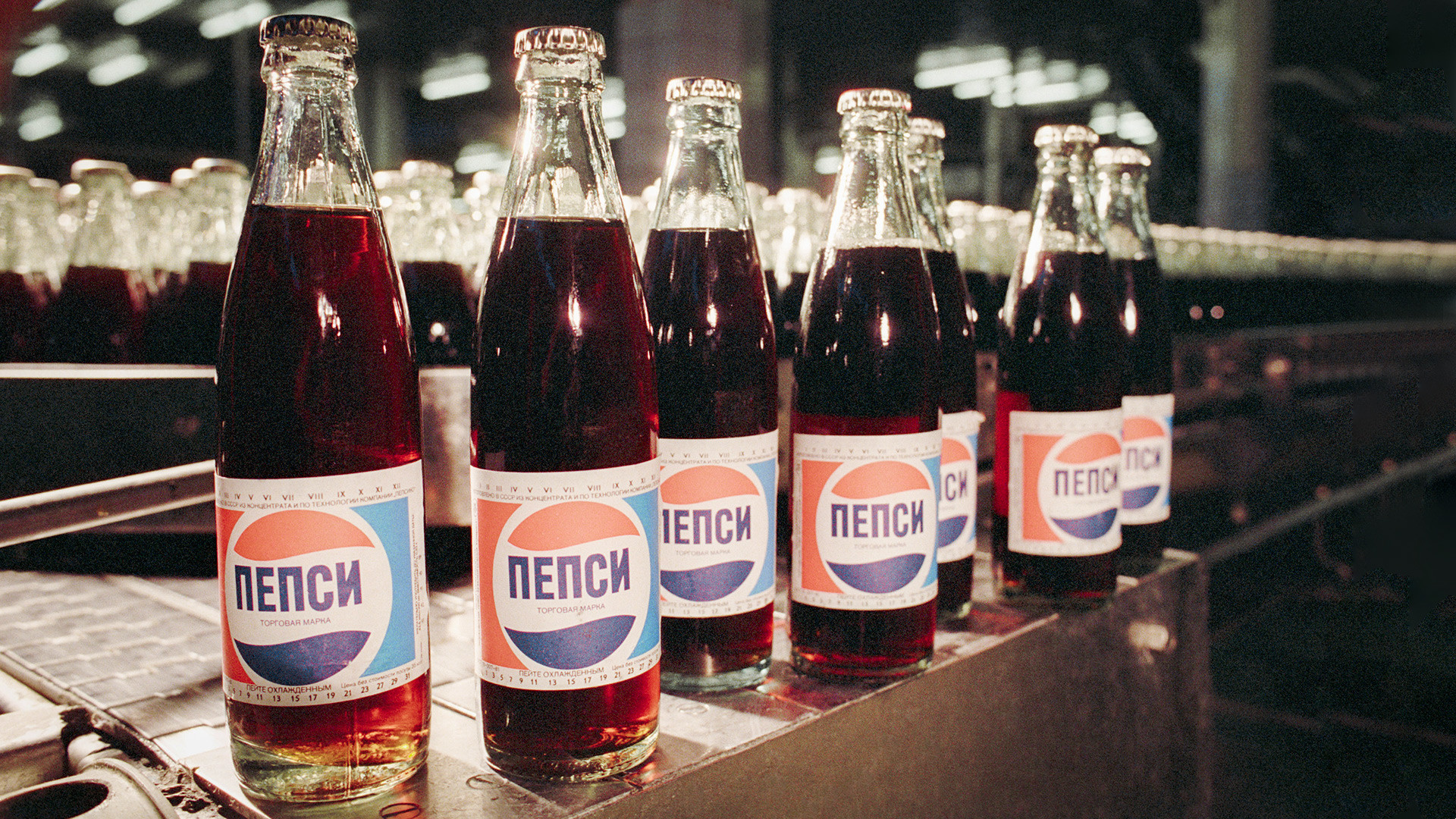 A limited supply of Coca-Cola infiltrated the Soviet Union on the eve of the 1930s. But, even decades later, it wasn’t easy to get your hands on the famous beverage, as it was not sold in shops. And often, it came down to how “connected” a buyer was.

Soviet war-hero and Marshal, Georgy Zhukov, used his unique position to ask General Dwight D. Eisenhower to supply him a special brew of coke. Not to imperil his ideological allegiances by being seen drinking the capitalist beverage, General Zhukov demanded his supply of coca-cola be white and come in unmarked bottles decorated with a red star on the crown cap, the symbol of the Red Army.

With time, Coca-Cola lost the Soviet market to its primary competitor, Pepsi. 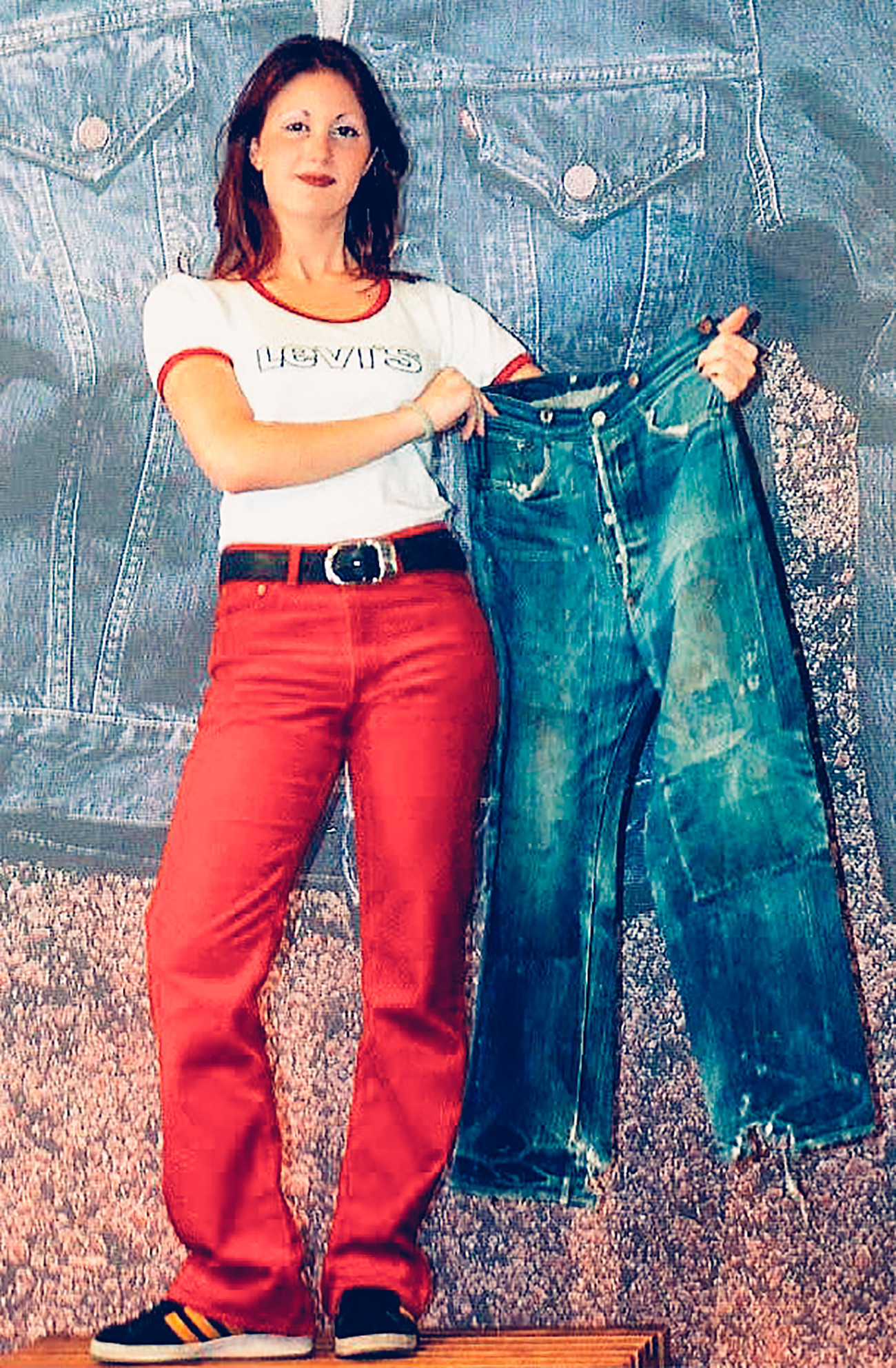 Soviets learned about jeans during the iconic World Festival of Youth and Students in Moscow in 1957.

Importing jeans into the USSR remained an unthinkable and criminal enterprise. But jeans were very desirable, nonetheless. Since the supply was extremely scarce, Soviet dandies were willing to hand over anything for a pair of Levi’s they would usually buy from fartsovschiks, shady Soviet ‘entrepreneurs’, who would obtain foreign-made goods from visiting tourists and businessmen. 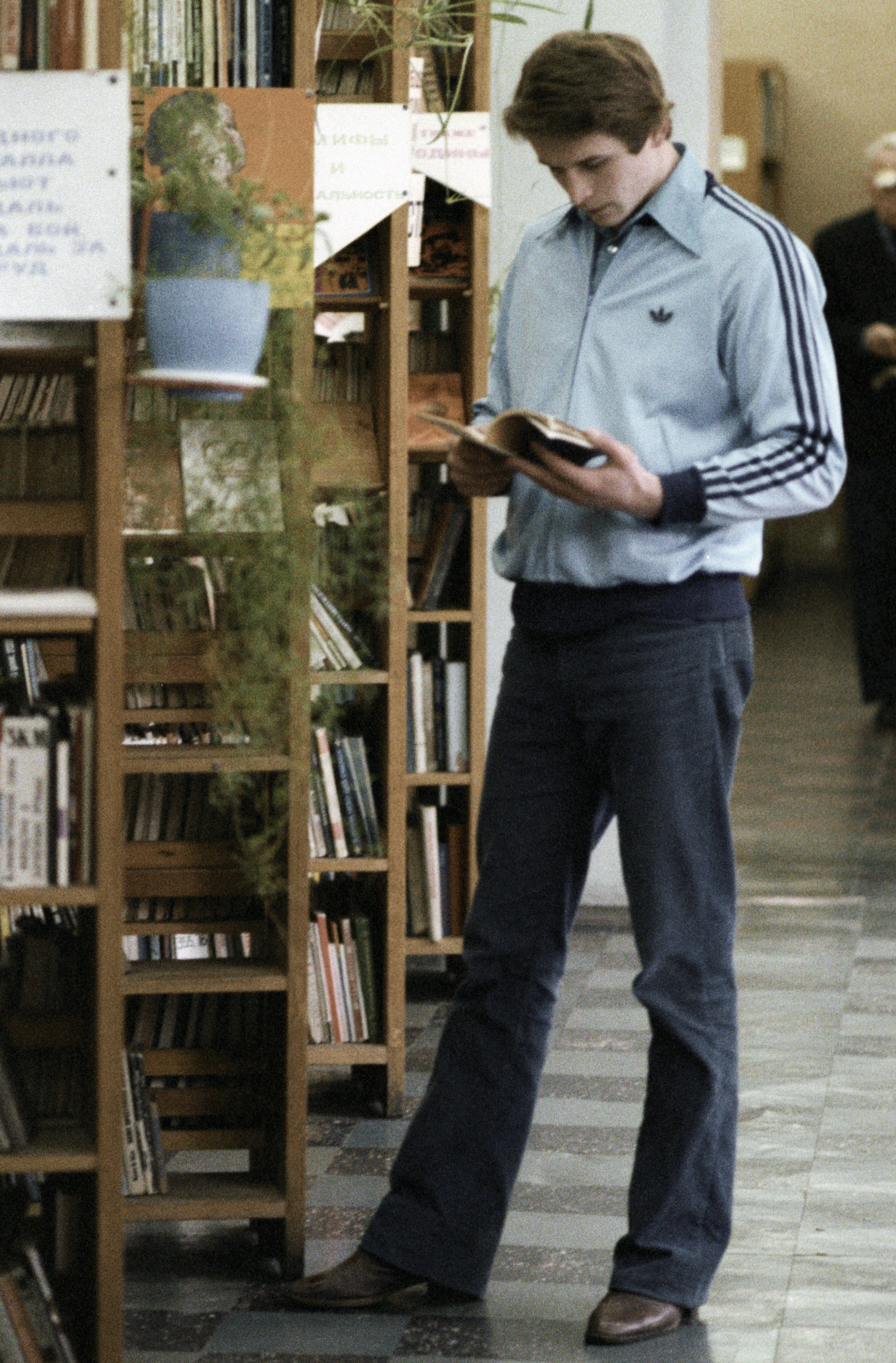 German sports brand Adidas took the Soviet Union by storm thanks to the company’s masterful PR strategy: Soviet Olympic champions at the 1980 Games in Moscow came up to the victory podiums wearing Adidas’ hallmark stripes (though the company’s logo was removed by the order of the Soviet government).

The trick didn’t work out too well for the government and the popularity of Adidas soared in the Soviet Union immediately after the 1980 Moscow Summer Olympics.

The combination of a branded tracksuit, sneakers, and a cap was killer for any Soviet fashionista. Adidas became a symbol of prosperity and fashion in the USSR and later transformed into a hallmark of Russian criminal culture. 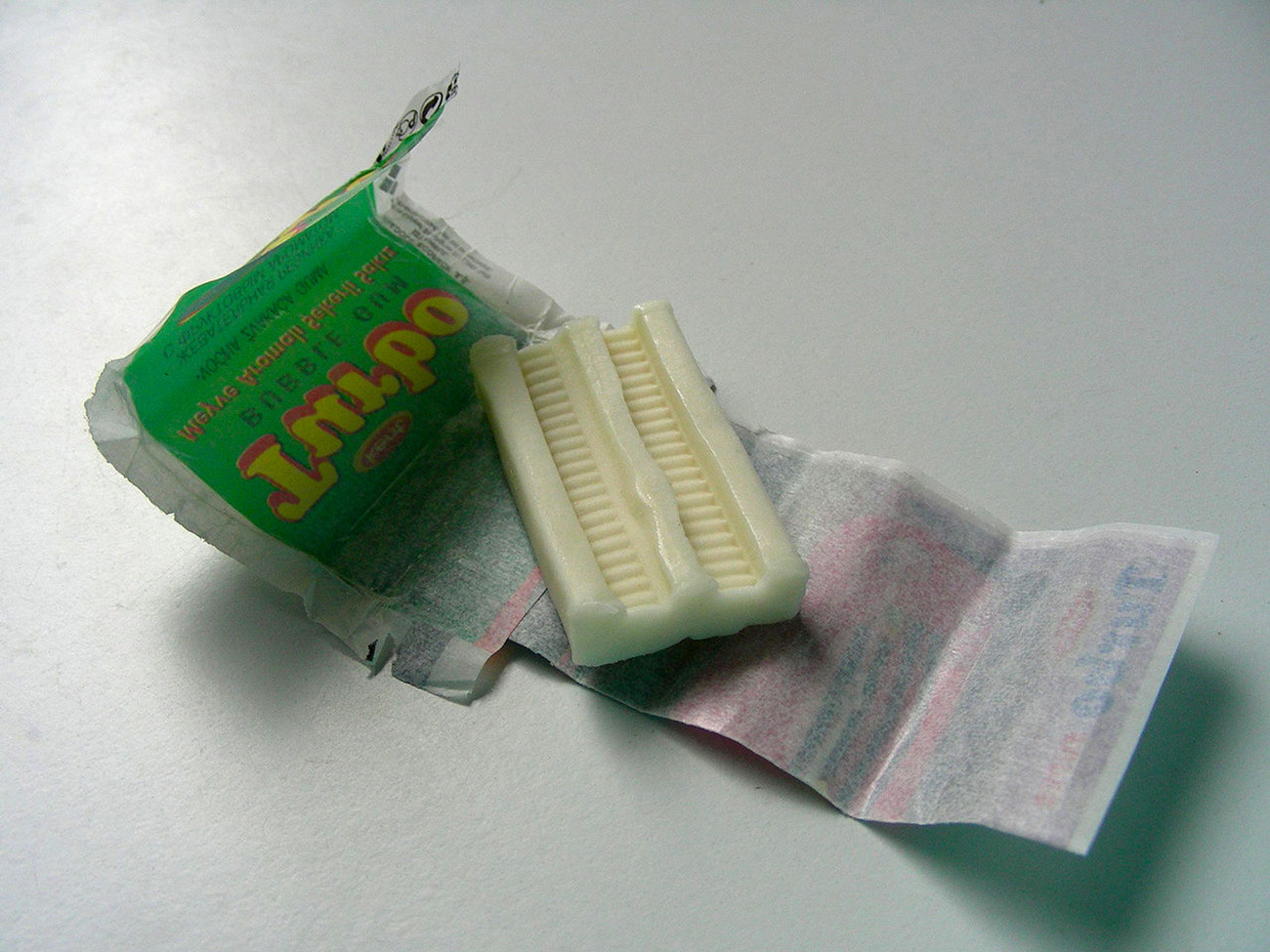 Once chewing gum had found its way into the USSR, it instantly became a new currency among the Soviet youth. It could easily be traded for other, more practical things and goods, and was often reused by many people. Throwing it away was a taboo in the minds of most of the teenagers at the time.

In March 1975, chewing gum sadly became an indirect cause of a tragedy that killed 21 people in Moscow. 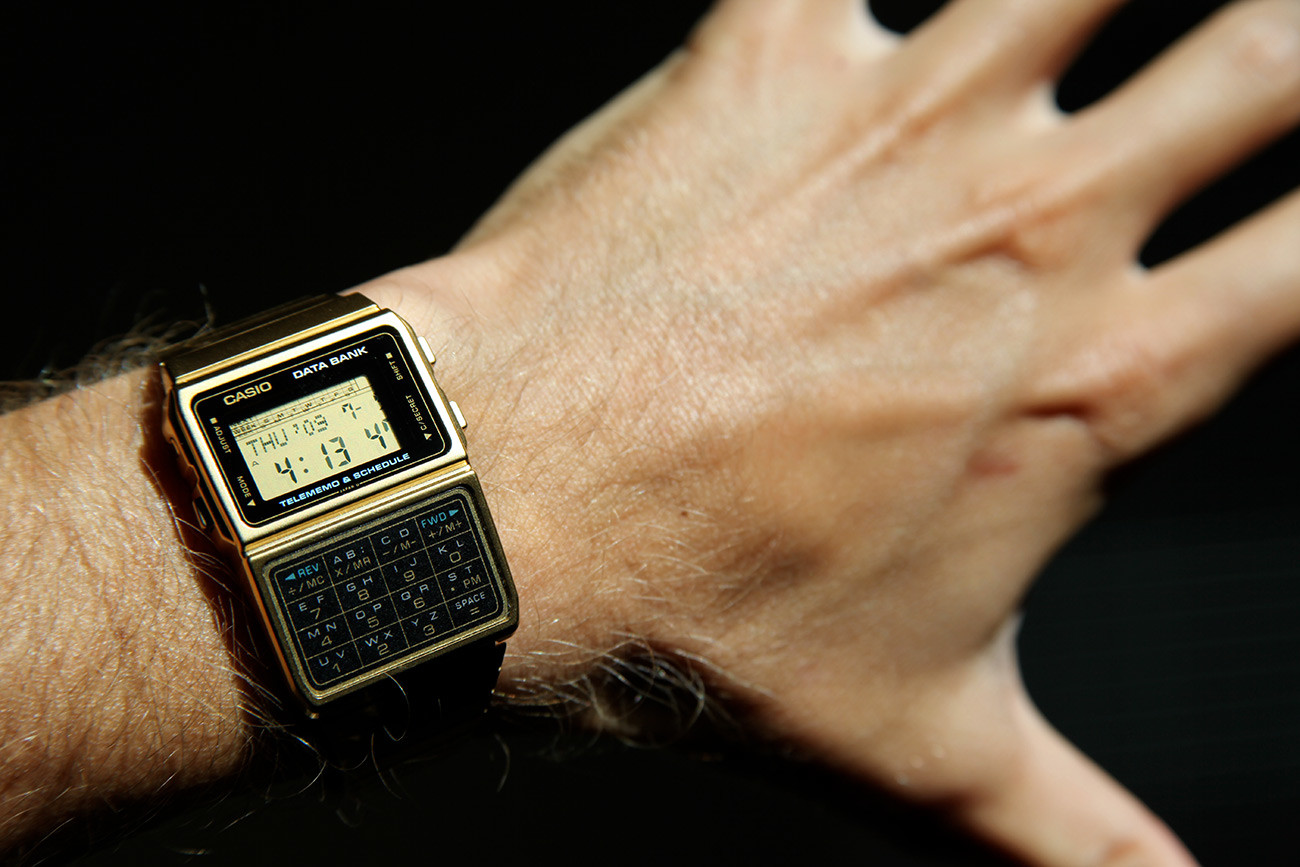 Digital watches were a revolutionary innovation that flooded the Soviet Union in the 1980s. Casio and Seiko were leading producers, but there were also many other models. Watches with an inbuilt calculator or speaker were among the most popular models. 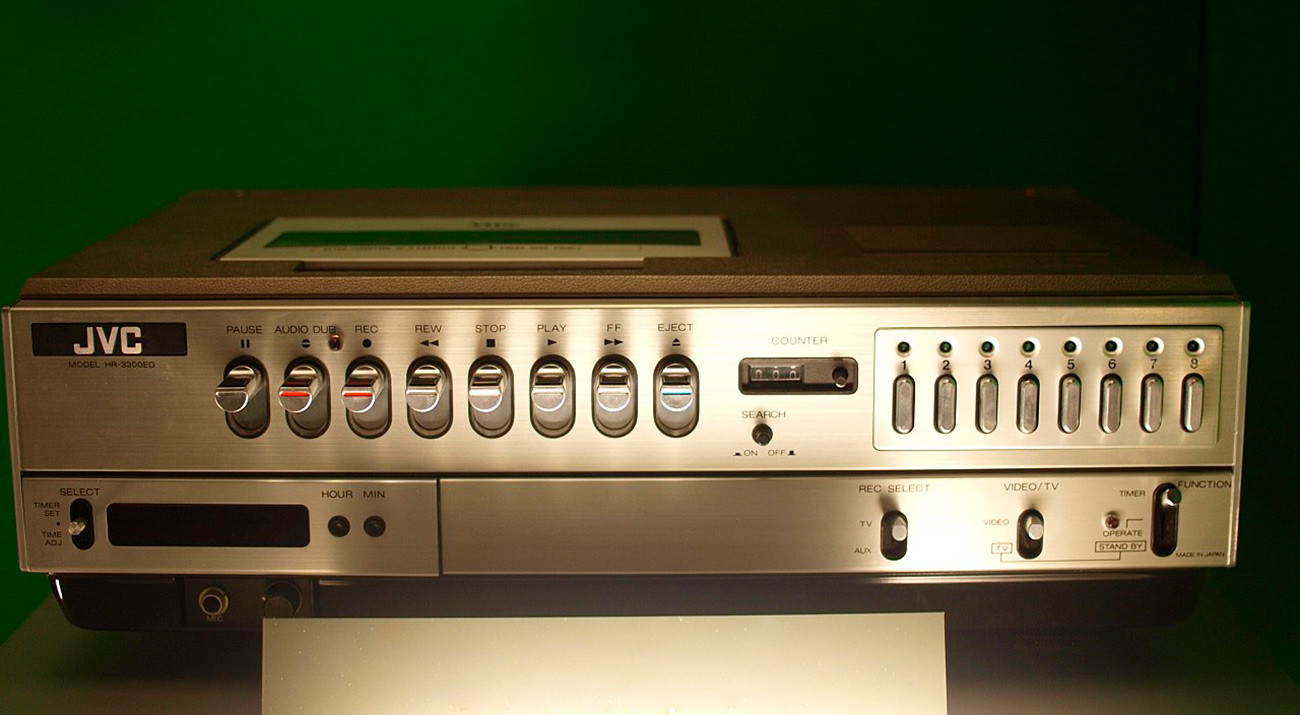 The VHS video format spread in the Soviet Union in the 1980s and it was an instant hit. Soviet citizens craved for capitalism-induced films featuring stars like Bruce Lee and Arnold Schwarzenegger. Erotica also followed and was soon criminalized under the Soviet law. Entrepreneurial daredevils quickly established movie theatres in their homes and charged fellow Soviet citizens 50 kopeks or 1 ruble ($1-$1,5) for the privilege of watching a film crammed into tiny apartments. 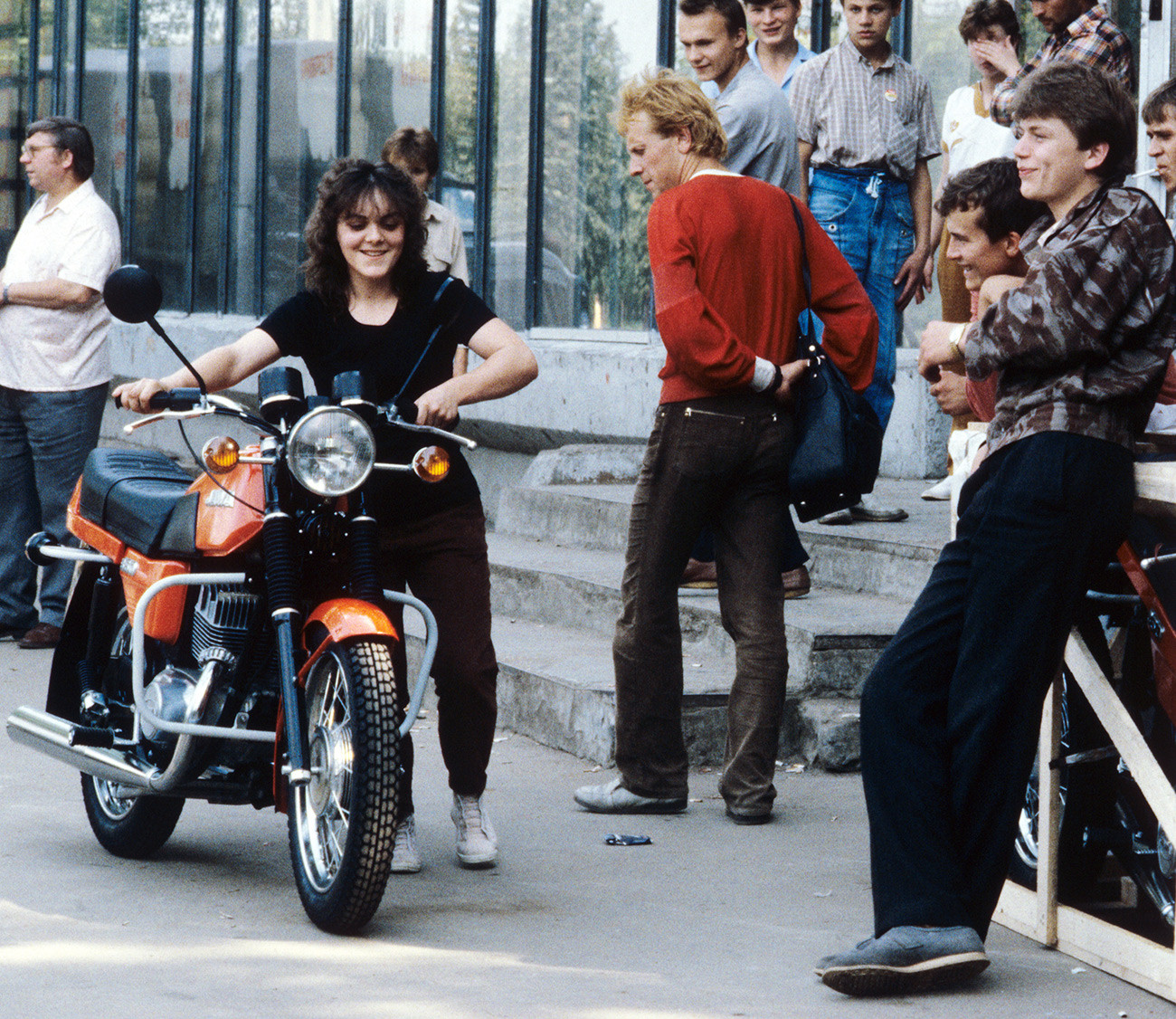 These iconic motorcycles were made in Czechoslovakia and exported to the Soviet Union in large quantities. They were the dream of every Soviet teenager growing up in the 80s, as they were from abroad, but still more accessible, thanks to Czechoslovakia’s socialist comradery. 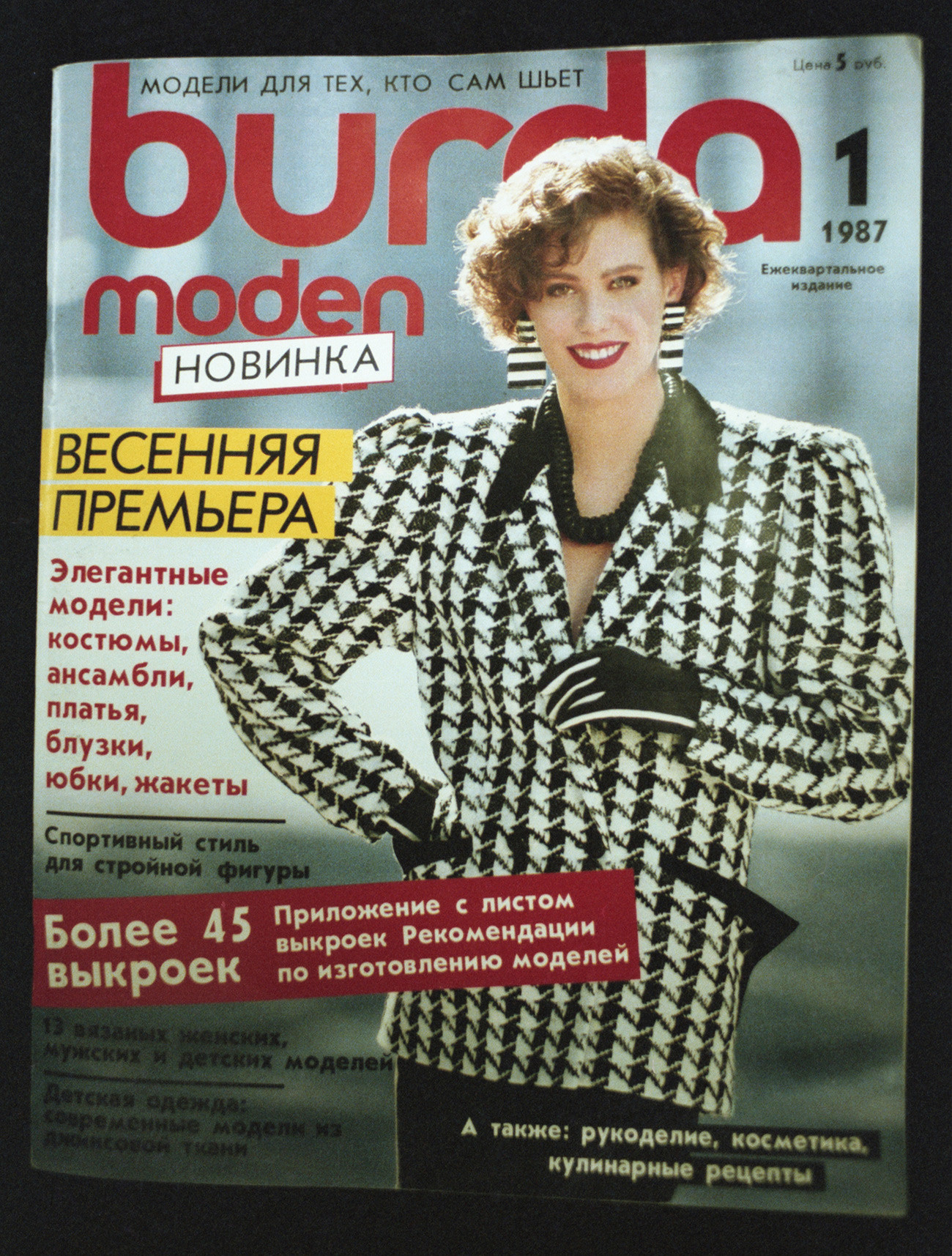 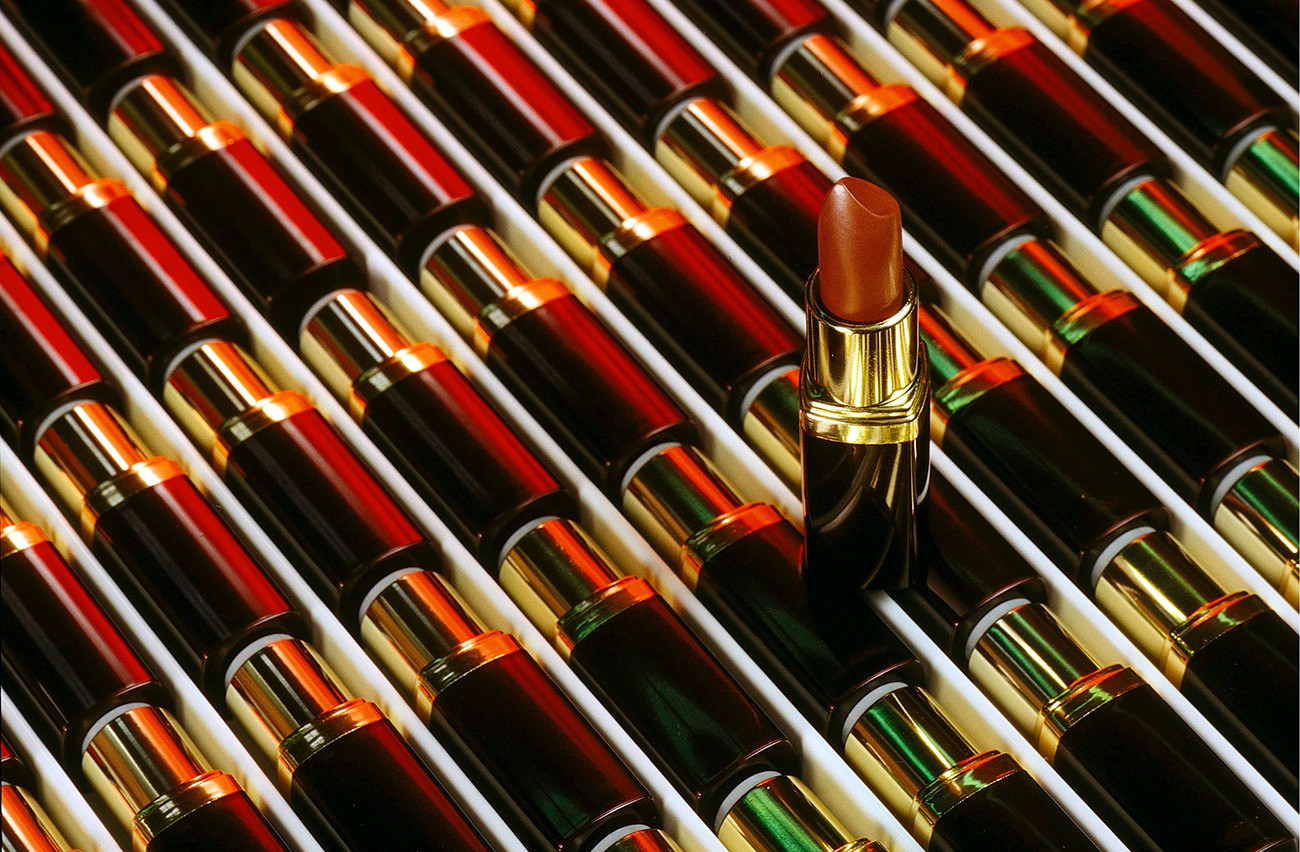 Cosmetics were already being widely produced abroad, but were in short supply in the Soviet Union. But in the 1970s, mascara, eyeshadow and lipstick became increasingly widely used in the USSR, thanks to newly established local production. But the ‘foreign’ quality beat domestically produced goods, nonetheless, and France’s L’Oreal was the most desirable brand at the time. The Polish-made Pollena brand was also a hit. 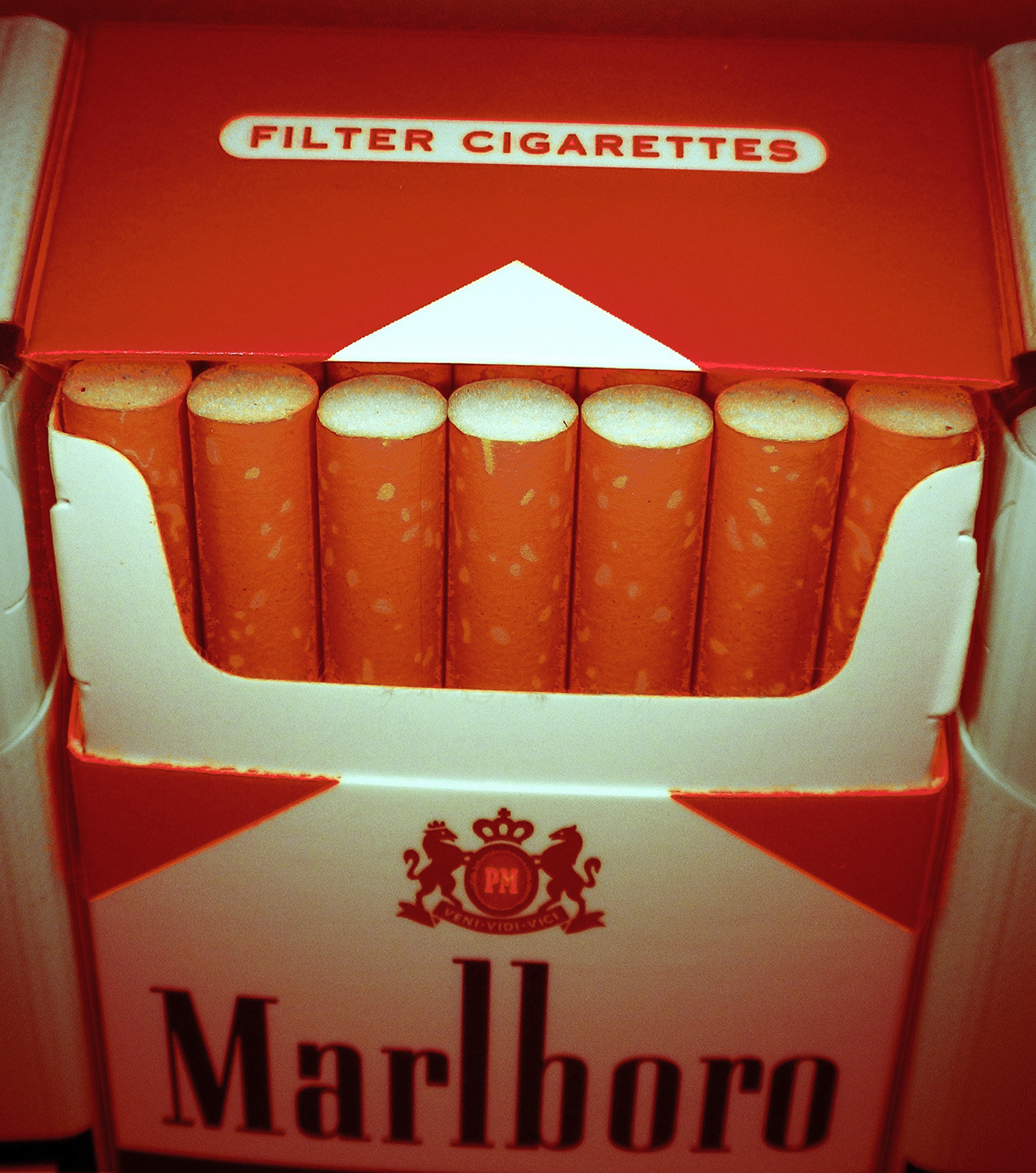 Providing its citizens cigarettes was not a problem for the Soviet government. However, there was a tobacco shortage that struck the USSR in the 1980s. This inflated the value of foreign-made cigarettes. Brands like Marlboro and Kent were in short supply and would often be brought from abroad with foreign tourists or business travelers. Consequently, smokers sought to buy cigarettes illegally in hotels and railways.

Click here to check out 15 things that’ll make you misty-eyed if you grew up in 1990s Russia!