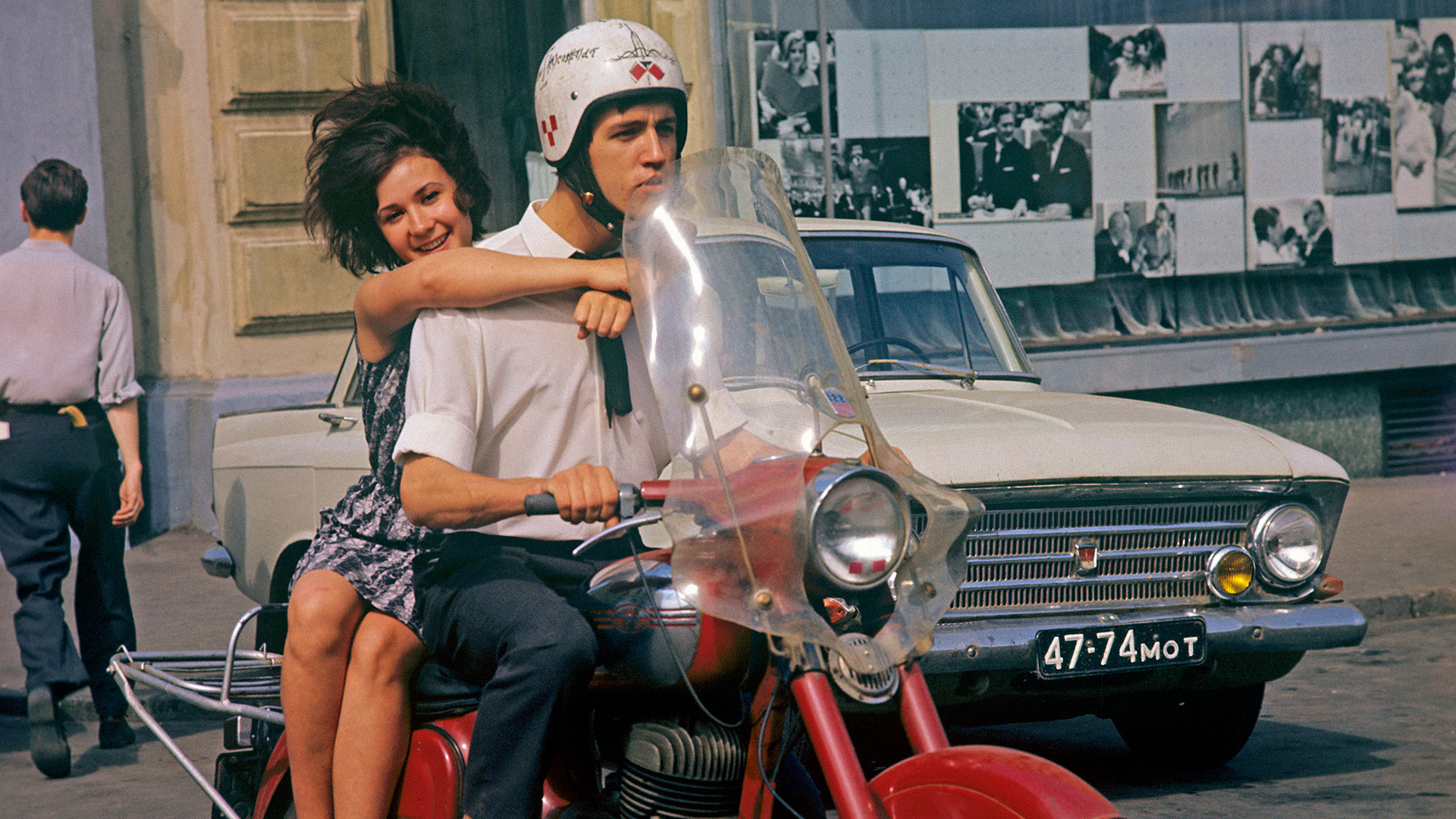 S. Solovyev/Sputnik
From summer camps to “sausage trains” — this is what it felt like to be a Soviet citizen. 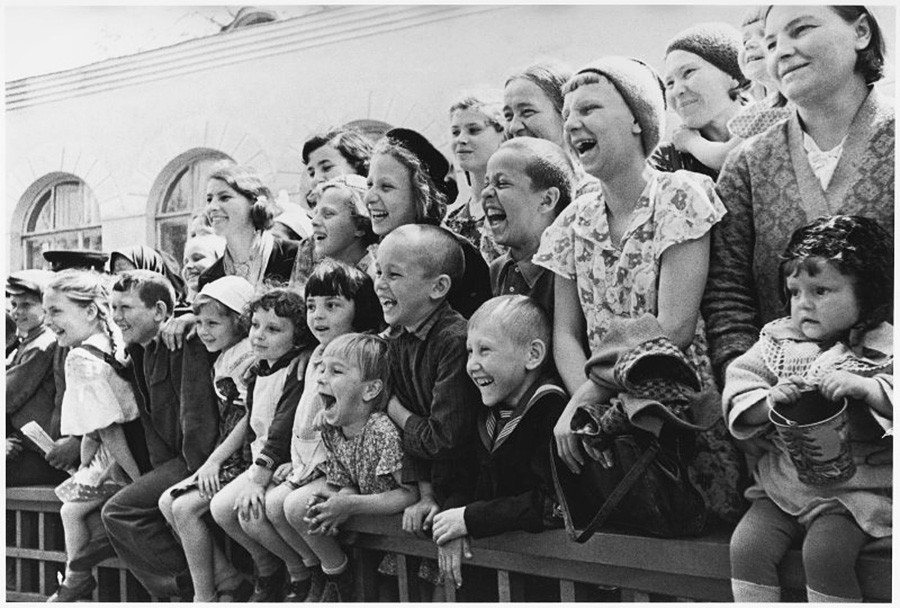 “Thank you, Comrade Stalin, for our happy childhood!” This phrase coined at an athletic parade on the Red Square in 1936 soon became one of the most memorable Soviet propaganda slogans.

Indeed, childhood in the Soviet Union was not without its merits. Parental leave in the USSR was only six months long before it was extended to 18 months in the 1970s. Children had to socialize early: nurseries for newborns were followed by kindergartens for toddlers, followed by school at the age of 7, and followed by the Pioneer organization system at the age of 9.

Click here to learn more about childhood in the USSR.

Pioneer camps in the USSR 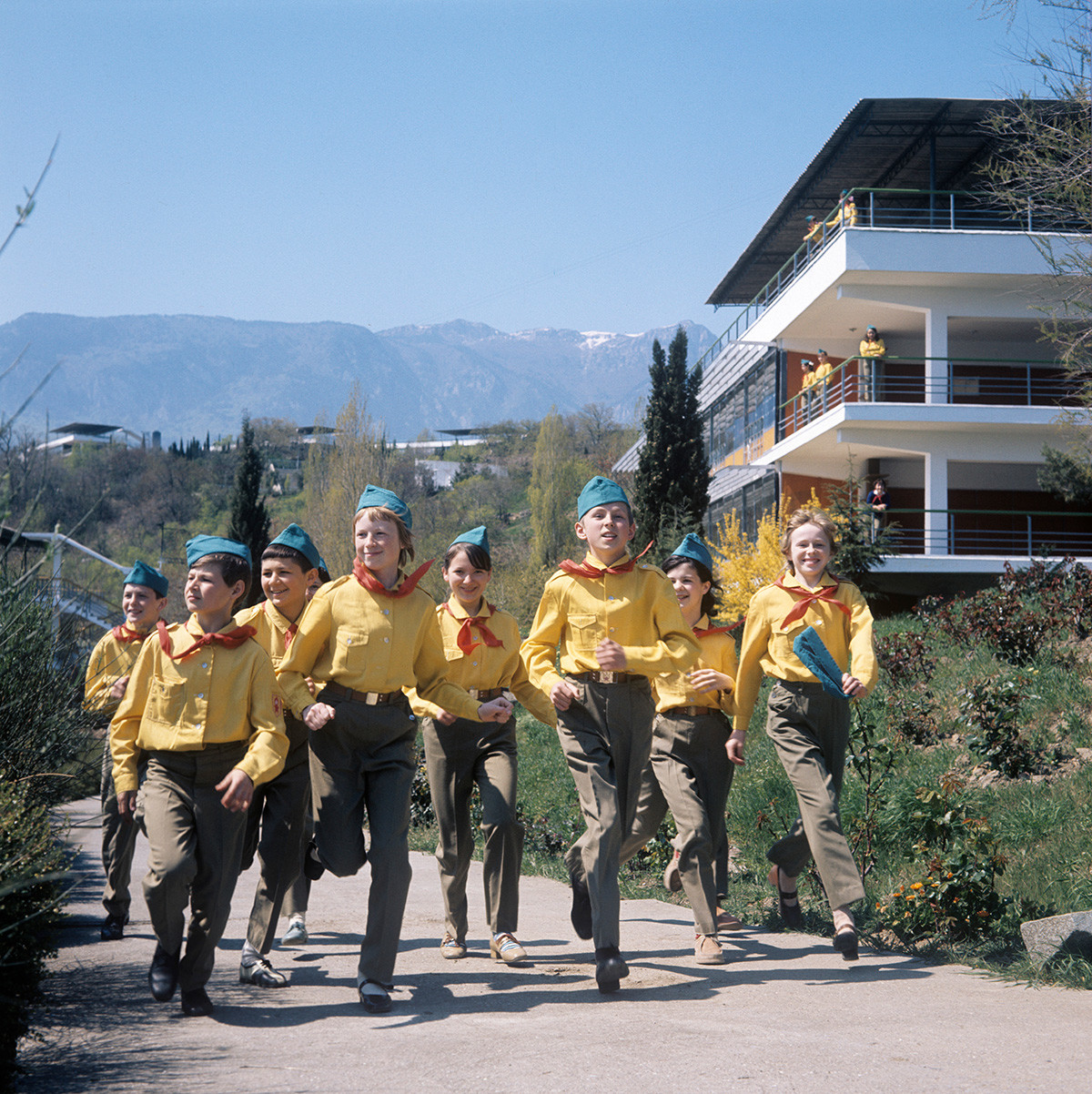 During school holidays, Soviet children would goto Pioneer camps located all over the USSR. The luckiest of them went to Artek, considered the most prestigious and famous Soviet Pioneer camp, located in Crimea, on the shore of the Black Sea. With time, the camp became iconic, not only for the Soviet Union, but also for foreign nations, as it increasingly began welcoming children from other fellow communist regimes.

Click here to read about the famous Artek camp and what it has become today. 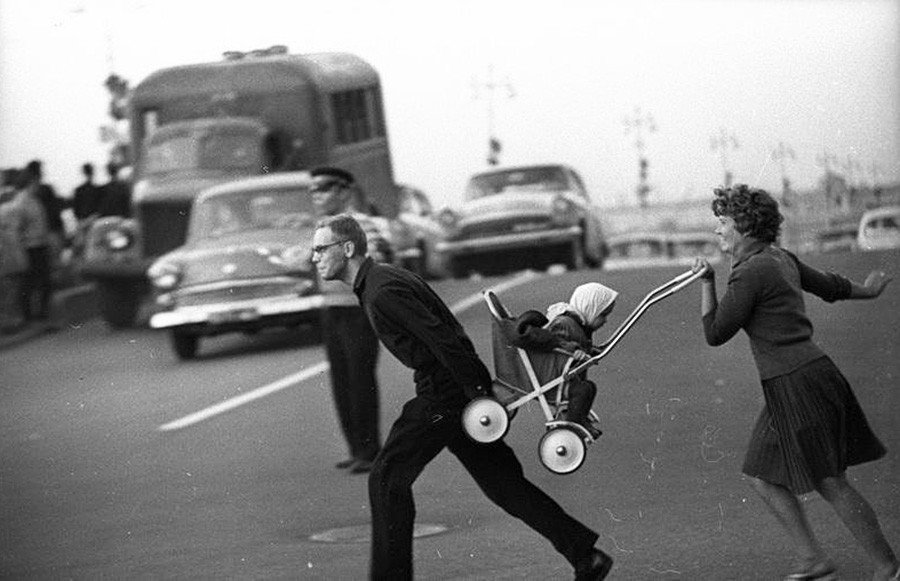 Although Soviet parents usually worked, as opposed to staying home to raise their children, Soviet parenting had established customs and traditions. A lot of attention was devoted to a child’s routine from a very early age. Sleeping, eating, playing, studying usually took place in accordance with a strict timetable. 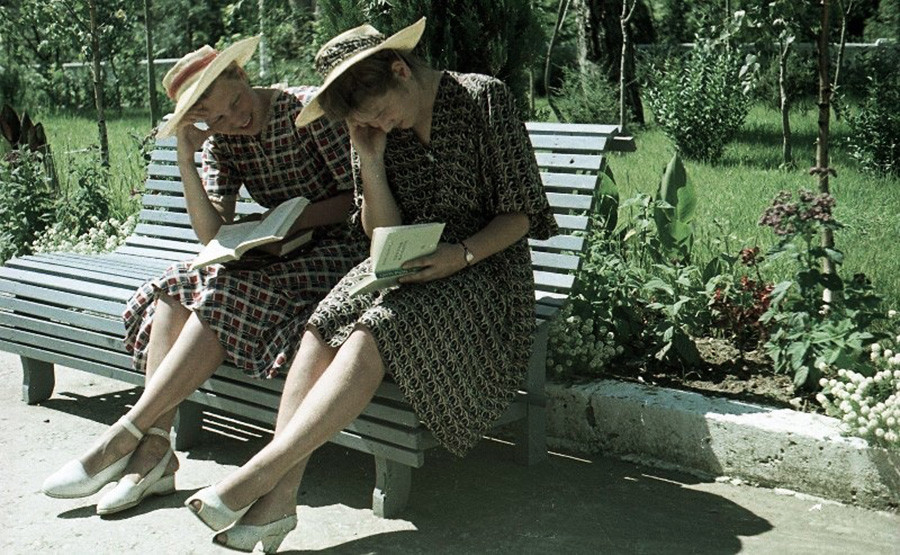 At the beginning of the 20th century, only 21 percent of the country’s population was literate. When the Bolsheviks came to power after the 1917 Revolution, they resolved to fight illiteracy by all available means. The first milestone was the launch of the ‘Likbez’ (liquidation of illiteracy) campaign that established a foundation for the Soviet education system.

In only a few decades, the Soviets were able to transform a largely illiterate state into one of the two superpowers that was also home to some of the greatest minds of the time. Special attention was devoted to mathematics and natural sciences.

Click here to learn why the education system in the USSR was considered among the best in the world. 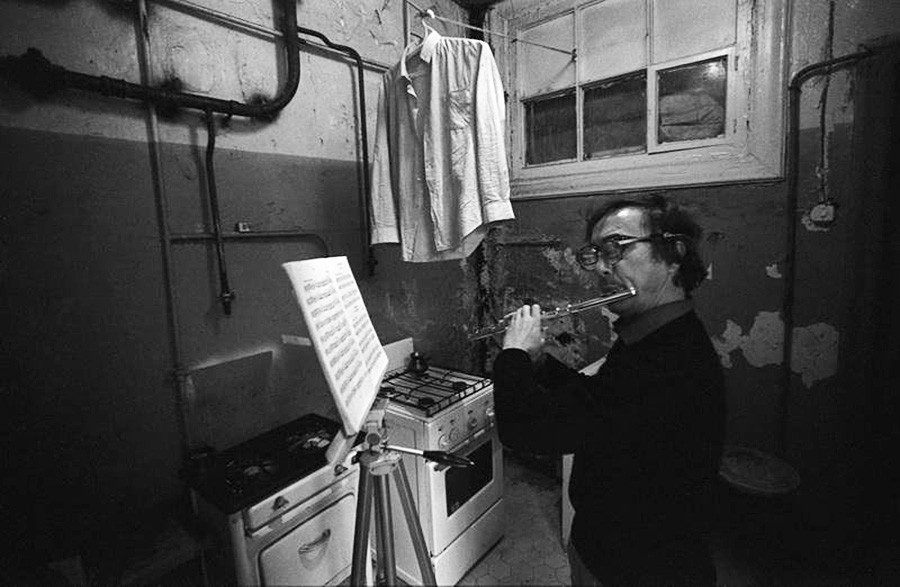 The Soviet government’s goal was to eradicate the elitist lifestyle practiced by groups of people in Imperial Russia. This desire affected millions of people all over the vast Soviet Union. For example, spacious apartments in Moscow and St. Petersburg were transformed into communal apartments (known as kommunalki) to optimize housing: owners had only one room for their family and belongings, having to share the rest with strangers and their families.

Manifestations of luxury were loathed and harshly criticized by fellow communists, even if they secretly wished the same benefits. “We were taught that comfort was akin to philistinism,” said a woman who grew up in the USSR.

Click here to read more about the Soviet asceticism and living in communal apartments. 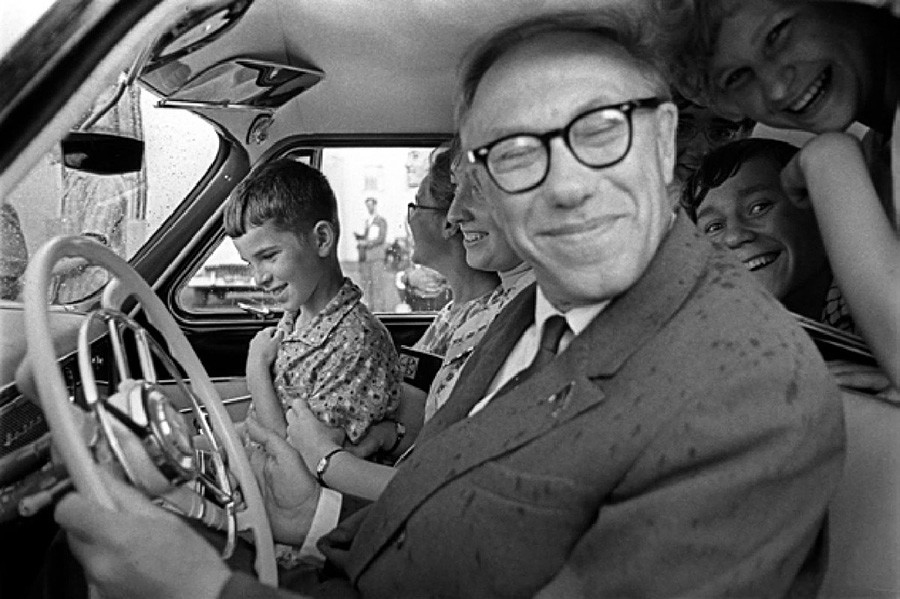 Even though the official ideology encouraged asceticism, many Soviet citizens craved luxurious material goods that were scarce.

Those living in communal apartments dreamed of moving into their own apartments that they would not need to share with others. This particular problem was partially resolved when Nikita Khrushchev launched the mass construction of affordable houses, later known as ‘khrushchyovkas’.

Yet, many material benefits remained scarce and unattainable for most citizens of the USSR. Cars, vacation vouchers, trips abroad, and scarce foreign goods were objects of intense desire of ordinary Soviet people. 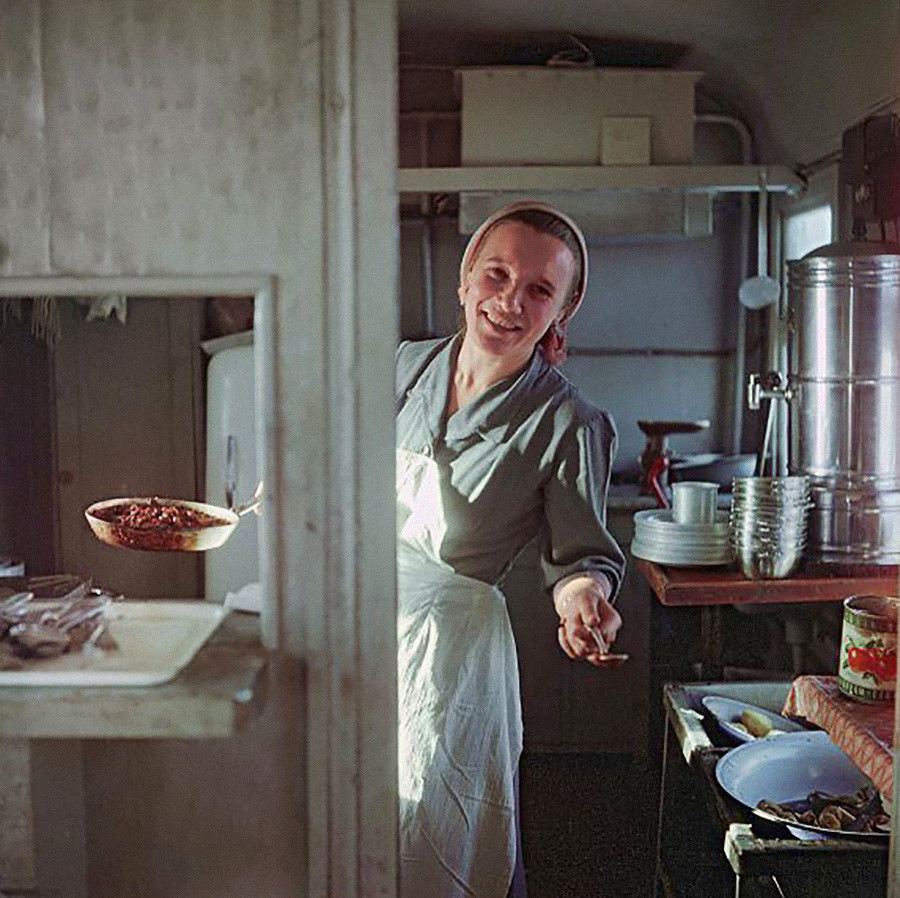 “Our food is shchi (cabbage soup) and porridge,” was a common proverb used in the USSR to describe the simplicity of the Soviet cuisine and peoples’ gastronomic preferences. Many people remember shortages of food products and long lines to virtually every scarce product that came as a result.

Those who had an opportunity to travel to Moscow usually brought back rare products to their hometowns, where it was impossible to procure those, giving birth to a phenomenon people humorously referred to as “sausage trains”.

Click here to find out what ordinary Soviet people ate.

Soviet frugality and other habits 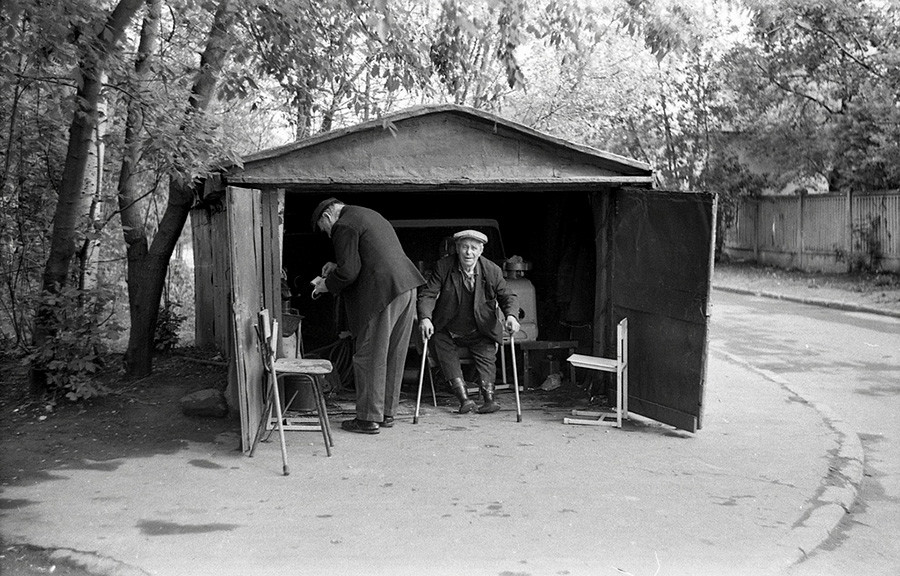 Since Soviet people were used to the deficit, they never threw anything away, transforming their balconies and garages to permanent warehouses. Discarding stuff was considered wasteful.

Some unique, rare, or otherwise valuable objects were often not even utilized, but saved for a brighter future. Sets of china and porcelain or suits and dresses were usually collecting dust in wardrobes until they came out of fashion and were put together with the remaining stuff that was not discarded in time.

Click here to read about 6 habits from the Soviet Union that Russians can’t shake.

Since the Soviet government banned or failed to procure numerous goods that were widely desired by the Soviet people, the latter had to take the matter into their own hands.

Virtually every Soviet family had technology and knowledge to make carbonated soda water at home, while the most advanced inventors transformed obsolete X-ray images into something akin to vinyl records to listen to pirated Western music on.

Click here for 10 things you can only understand if you lived in the USSR. 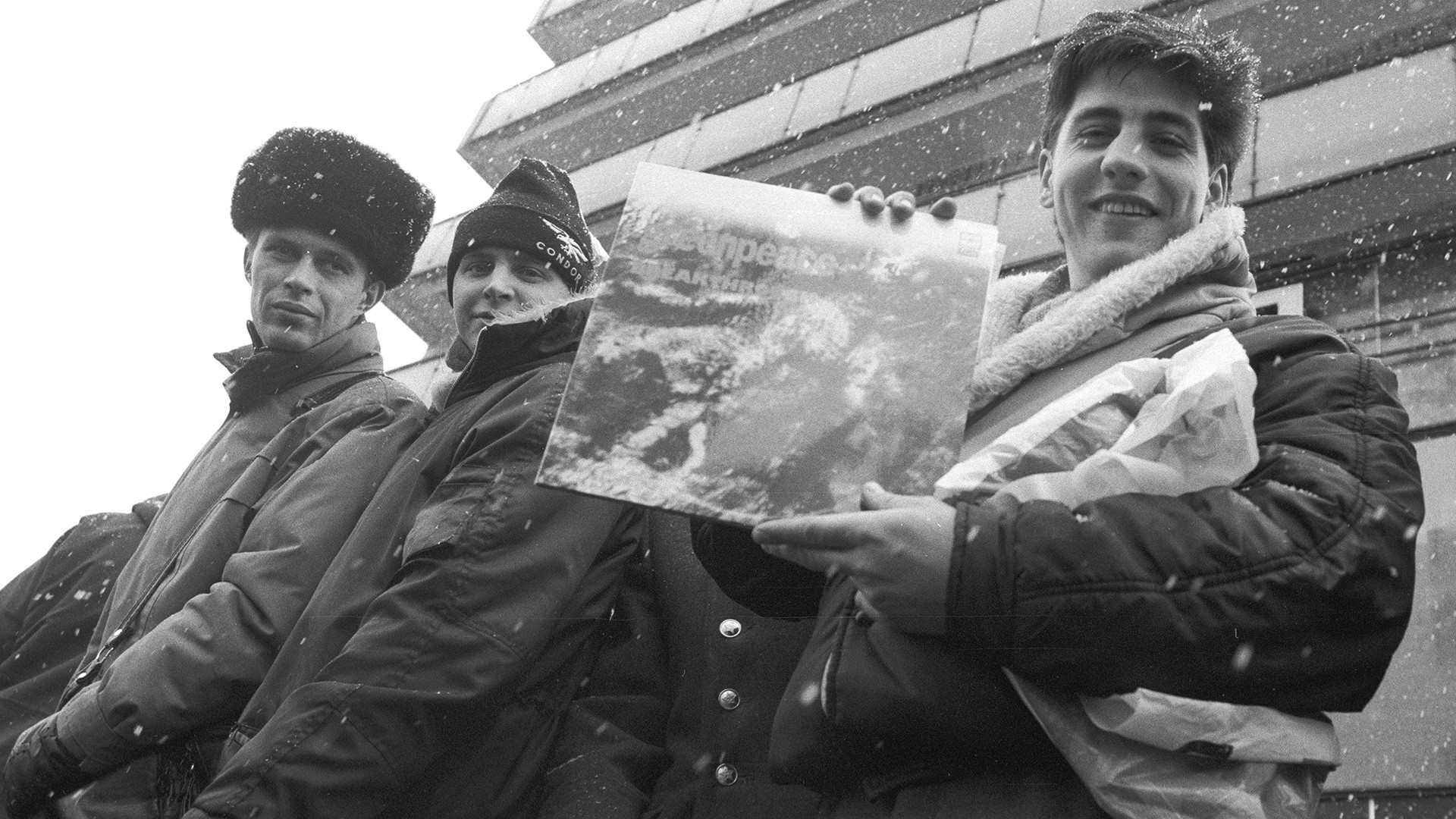 Although foreign-made goods were highly desired in the USSR and there was no direct law forbidding ownership of them, it was illegal to sell and/or buy them. As a result, some Soviet citizens turned into fartsovka or fartsa, a term for those using an illegal process to obtain and resell foreign-made goods in the USSR.

Many young and ambitious daredevils chased foreign tourists and talked them into exchanging jeans, chewing gum, bags, cigarettes, and virtually anything else they had in exchange for some Soviet goods of questionable value. They later would resell those foreign-made goods to fellow Soviet citizens at a premium. While this was a criminally punishable activity in the USSR, the fartsa movement quickly grew into a larger cultural phenomenon.

Click here to read about the secret world of Soviet the “fartsa”.

Did you like the article? Then click here to learn what was the best and the worst about the USSR.