How did the Russian military salute appear? 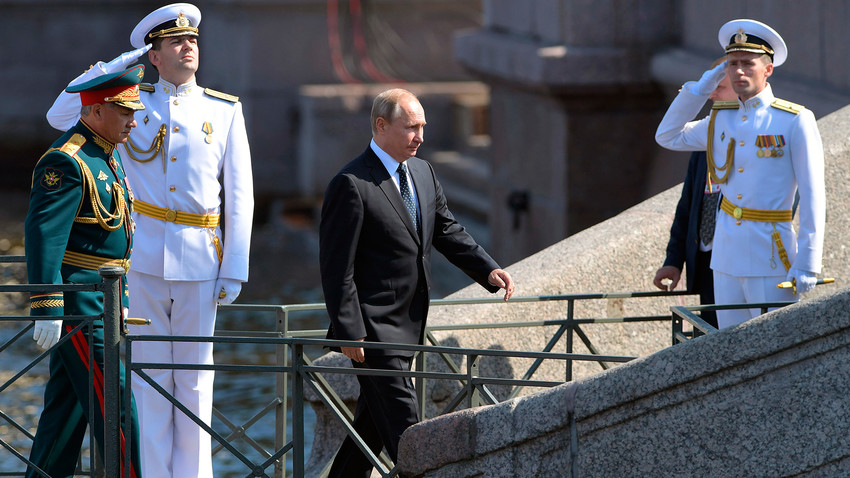 Essentially, a military salute is a sign of peaceful intentions – a military person is showing that the right hand is open and free of any weapon. But why is it raised to the head? There are several explanations for this. One is that in the times of chivalry, knights lifted the visor on their helmets to look at the person they were greeting. Another, more plausible, is that this is a rudimental gesture, performed instead of lifting one’s headwear to show respect.

Who or what is being saluted? 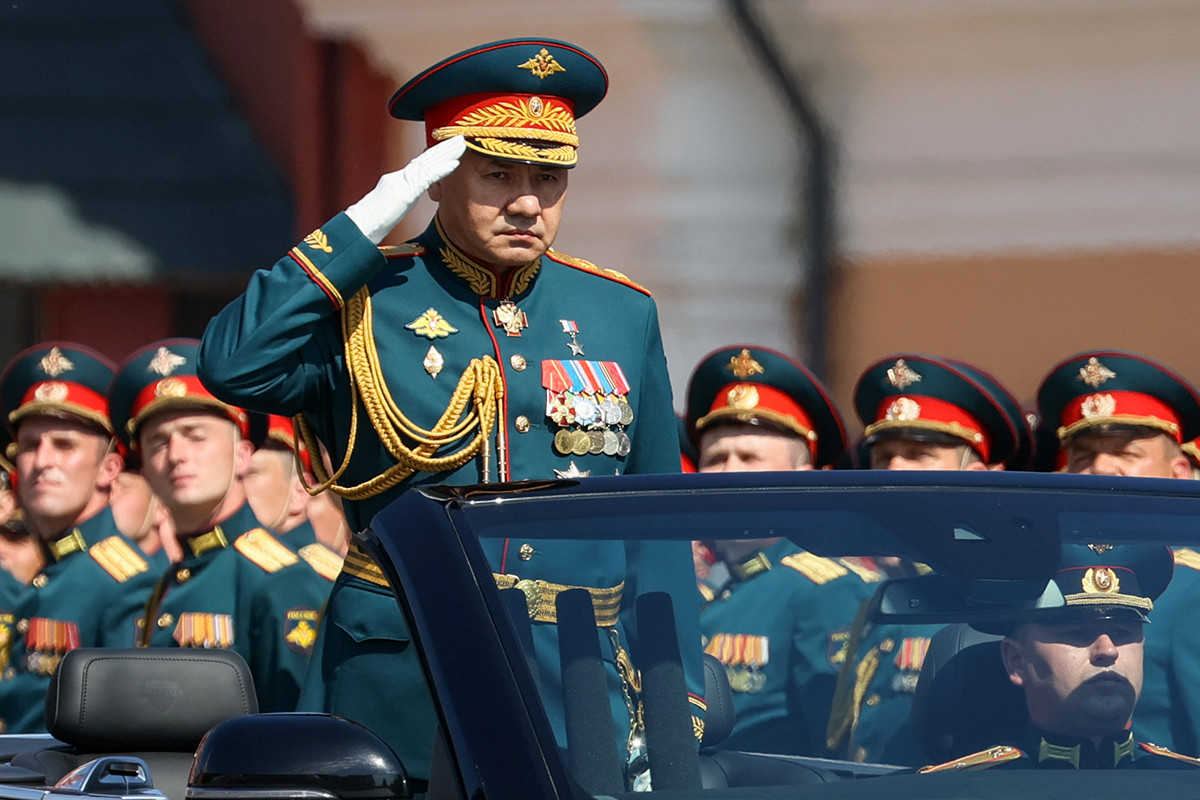 Sergey Shoygu, Minister of Defence of the Russian Federation, during a Victory Day parade.

What is important about a military salute in general is that it’s not a person (be it an officer, a sergeant, or a private) who is saluted, but the military uniform. A military salute is a gesture of mutual recognition and belonging to the same corporation, a symbol of mutual respect of military men.

This is why a military salute is performed only by people in military uniform and towards other people in military uniform – except when head of state (and the head of the military), like the President, is saluted. However, when, for example, President Vladimir Putin, dressed in civilian clothing, is saluted, he doesn’t return the salute, because he is not in uniform and isn’t wearing military headwear (unlike the U.S. President, for example).

In the army of Medieval Russia, no military salutes were performed – there were few certain military ranks, no common uniform and high-ranked military persons were at the same time high-ranked people in the state hierarchy, so they greeted each other with bows. 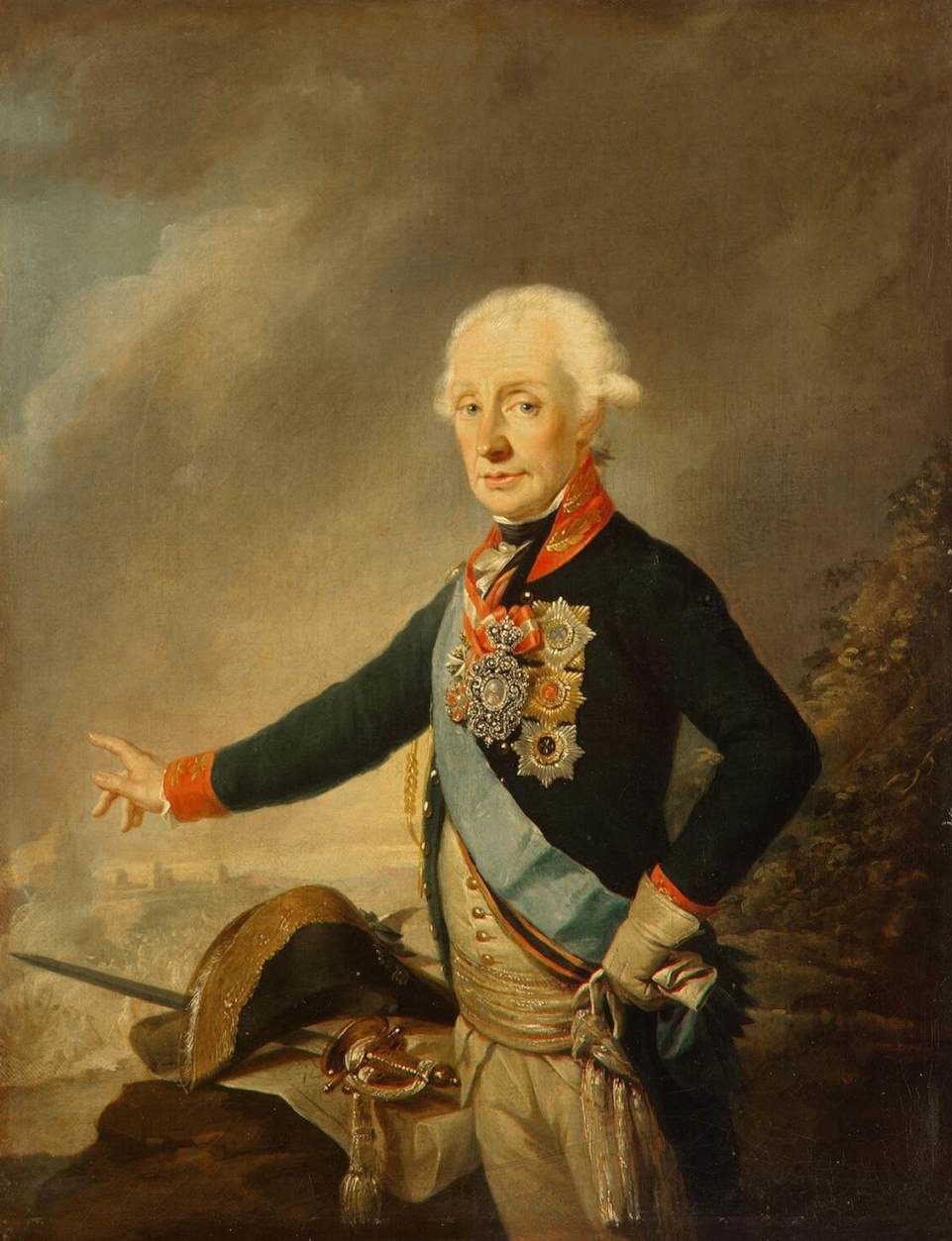 There is no clear information on the military salute in Imperial Russia earlier than 1765, when great Russian military commander Alexander Suvorov defined the rules of the military salute in his theoretical work ‘Regimental Institution’. According to it, the headwear (in those times, a tricorn), was to be taken off with the soldier’s left hand, 6 steps before approaching a person of a senior rank, and held in the left hand until the senior is 6 steps away.

READ MORE: 3 Russian military men who only knew how to win 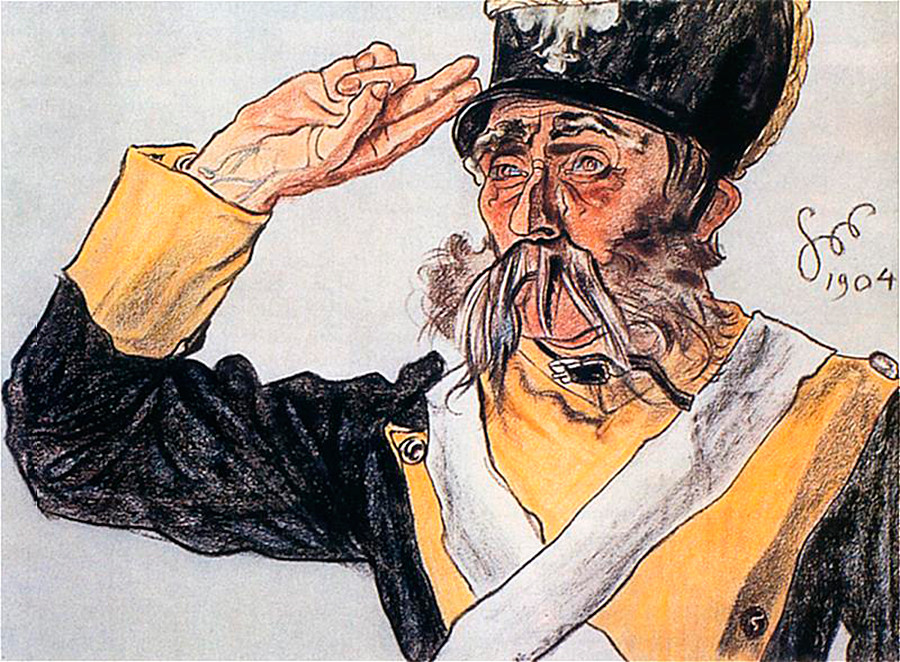 A gesture of 'Polish salute'

However, with the growing number of military men and the difference between their headwear (helmets, shakos, caps, etc.), there came a need for a universal military salute. Slowly through the 19th century, the so-called ‘Polish salute’ (or ‘Two-fingered salute’) came to be used in the Russian Imperial army. It was performed with the middle and index fingers extended and touching each other, while the ring and little fingers are bent and touched by the thumb. The tips of the middle and index fingers touched the peak of the cap. In Russia, the salute was to be performed solely when the head was covered with military headwear. 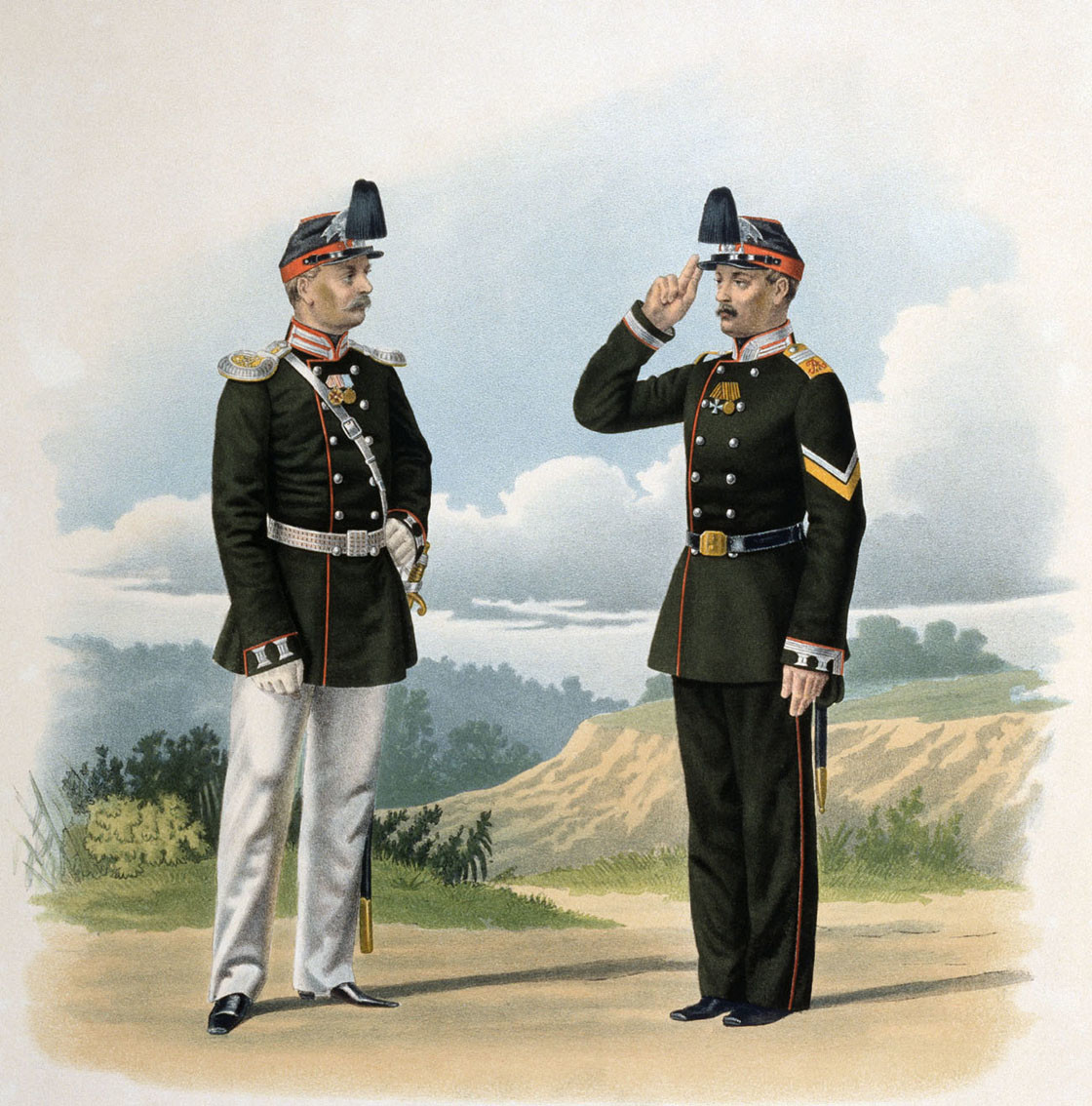 After the mid-19th century, the ‘Two-fingered salute’ was replaced with a full-hand salute. This is how it is described in the ‘Manual for young soldiers and Cossacks’, published in St. Petersburg in 1887: “If a soldier meets a commander whom he is supposed to salute, he must put his right hand to the right side of the lower edge of his hat 4 steps before reaching the commander, so that the fingers are together, the palm is slightly turned out and the elbow is at shoulder height; at the same time, he must look at the commander and follow him with his eyes. When the commander passes him by a step, then his hand can be lowered.”

Commanders of a high rank were to be saluted while standing at attention. Such commanders and persons included: all members of the Imperial family, generals, admirals, garrison commanders, commanders of regiments, escadrons, staff officers and also while passing by state banners and standards (flags). While carrying a rifle or a naked sabre, the soldiers were to put the weapon on their shoulders. And never, under any circumstances, was a soldier obliged to take off his headwear – even in the presence of the Tsar.

Military salute in the USSR and the Russian Federation 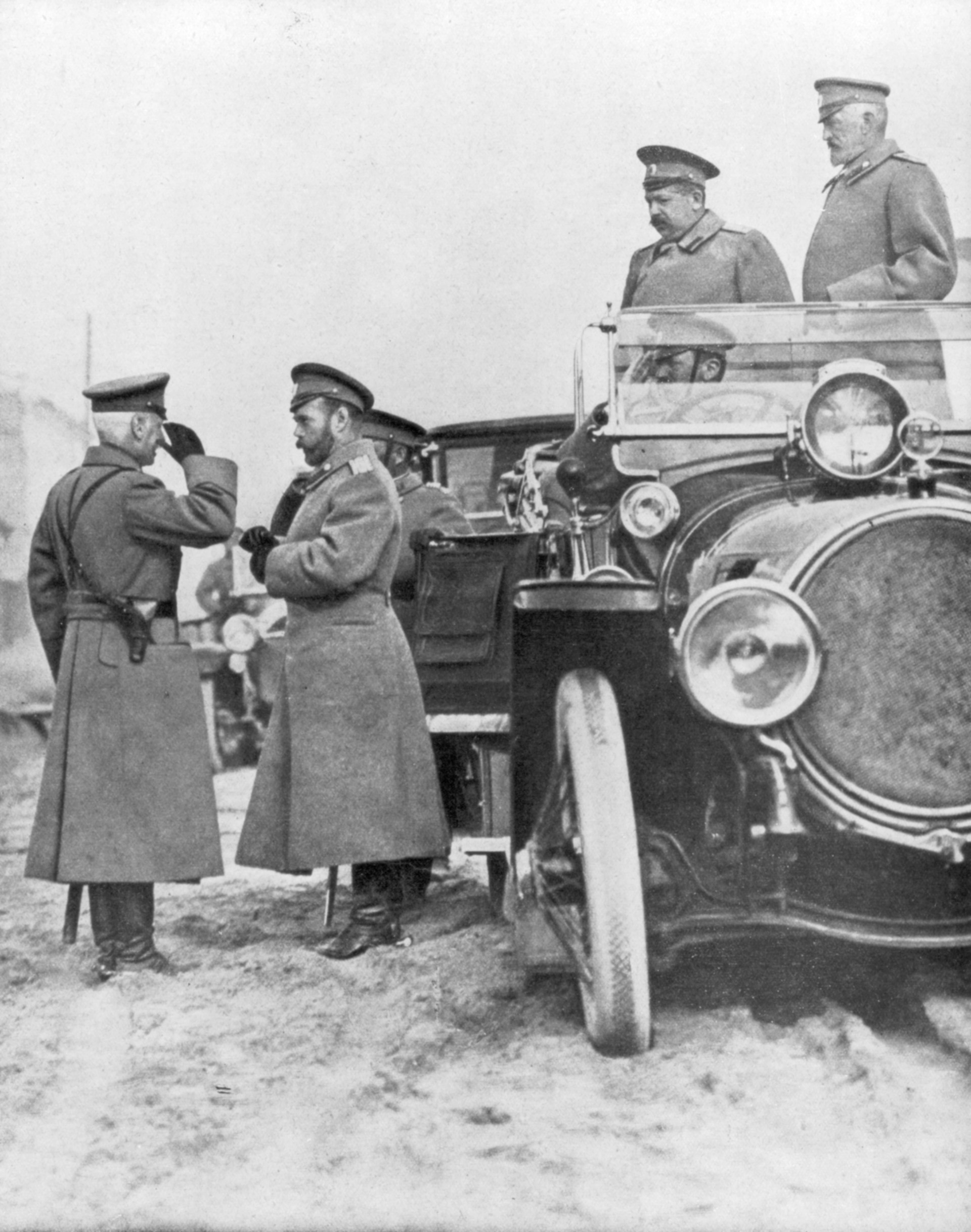 The aforementioned rules were largely employed in the Red Army of the USSR. For military salutes performed massively (e.g. by the whole regiment in the presence of a general at a parade), such rule was installed: A full hand military salute is performed by the head of the military unit, while all members of the unit standing at attention, their eyes looking in the direction of the high-ranked commander.

The General Order of the internal service of the Armed Forces of the USSR (1960) prescribed that all military persons must greet each other with a military salute. The lower ranks salute the higher ranks first. Forgetting or, worse, refusing to salute was considered an offense and was subject to punishment. Also, some objects were to be saluted: the Lenin Mausoleum, the Tomb of the Unknown Soldier, mass graves of the soldiers perished defending the Fatherland, all military banners and standards, as well as funeral processions accompanied by troops.

READ MORE: What Russians meant to do with Lenin’s mausoleum 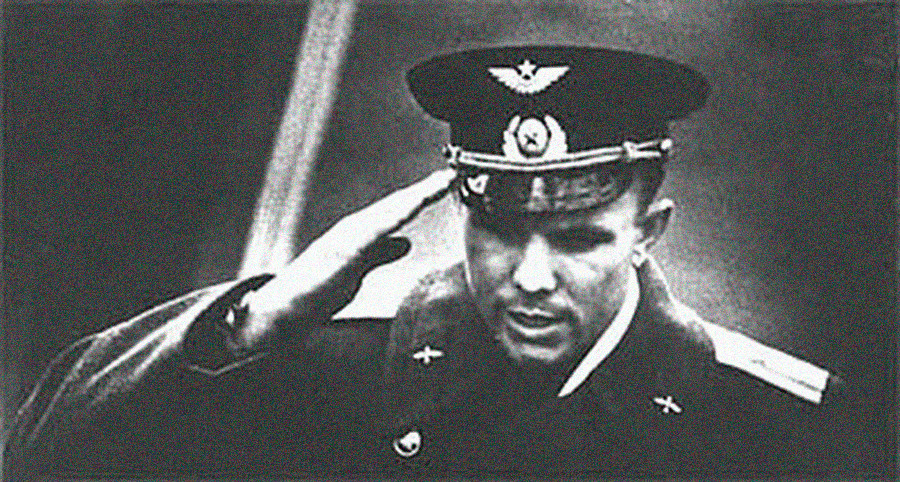 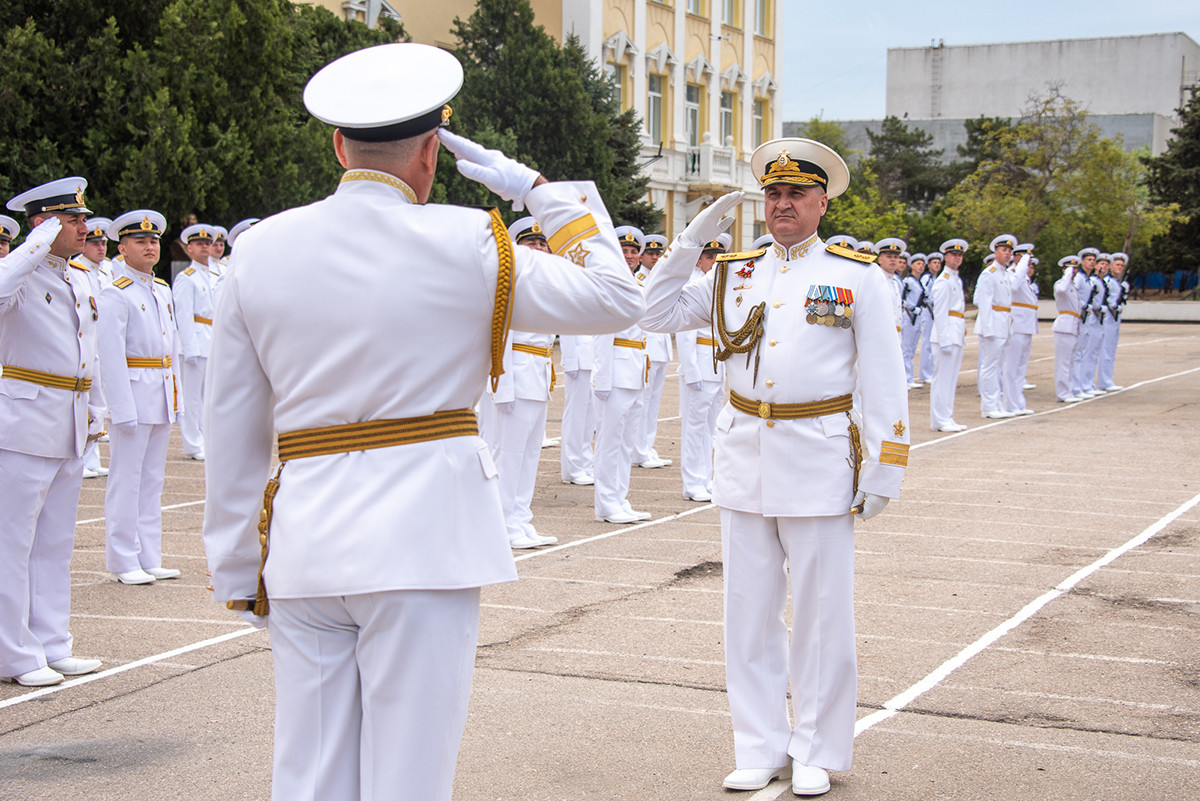 What about returning the military salute? As Mikhail Dragomirov (1830-1905), the famous general and military theorist of the Russian Imperial army, wrote: “When we salute a senior, we express our submission to him and fulfill the duty of courtesy required by everyone and not just by military rules. But, honor is a mutual affair and those officers who do not return the salute given to them by the lower ranks, do a bad thing, for they show that they are less well-bred than the soldiers and, in addition, give the soldiers an example of non-compliance with the regulations. One can not instill diligence, when one himself does not comply with it.”