What did the USSR actually get right? 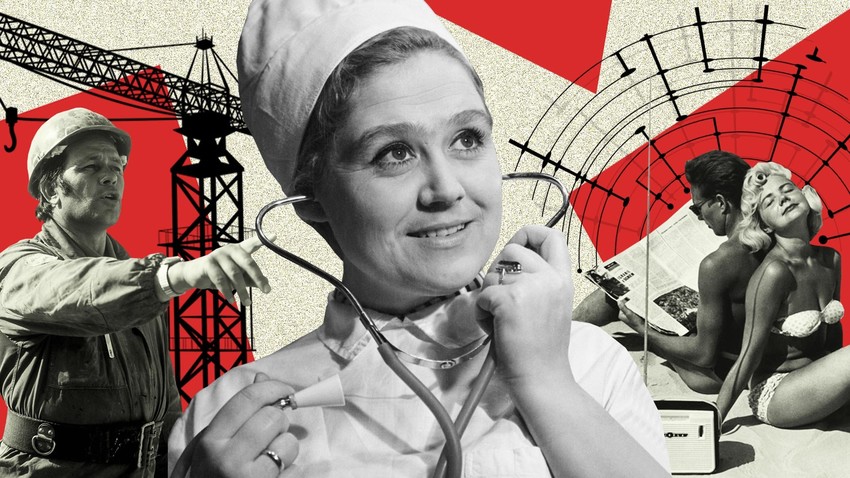 Kira Lisitskaya (Photo: Anatoly Grakhov/TASS; Boris Kavashkin/Sputnik; Viktor Ruikovich/MAMM/MDF/russiainphoto.ru)
Many today forget that the Soviet Union was a frontrunner in several areas of life at a time when much of the Western world still somewhat lagged behind. 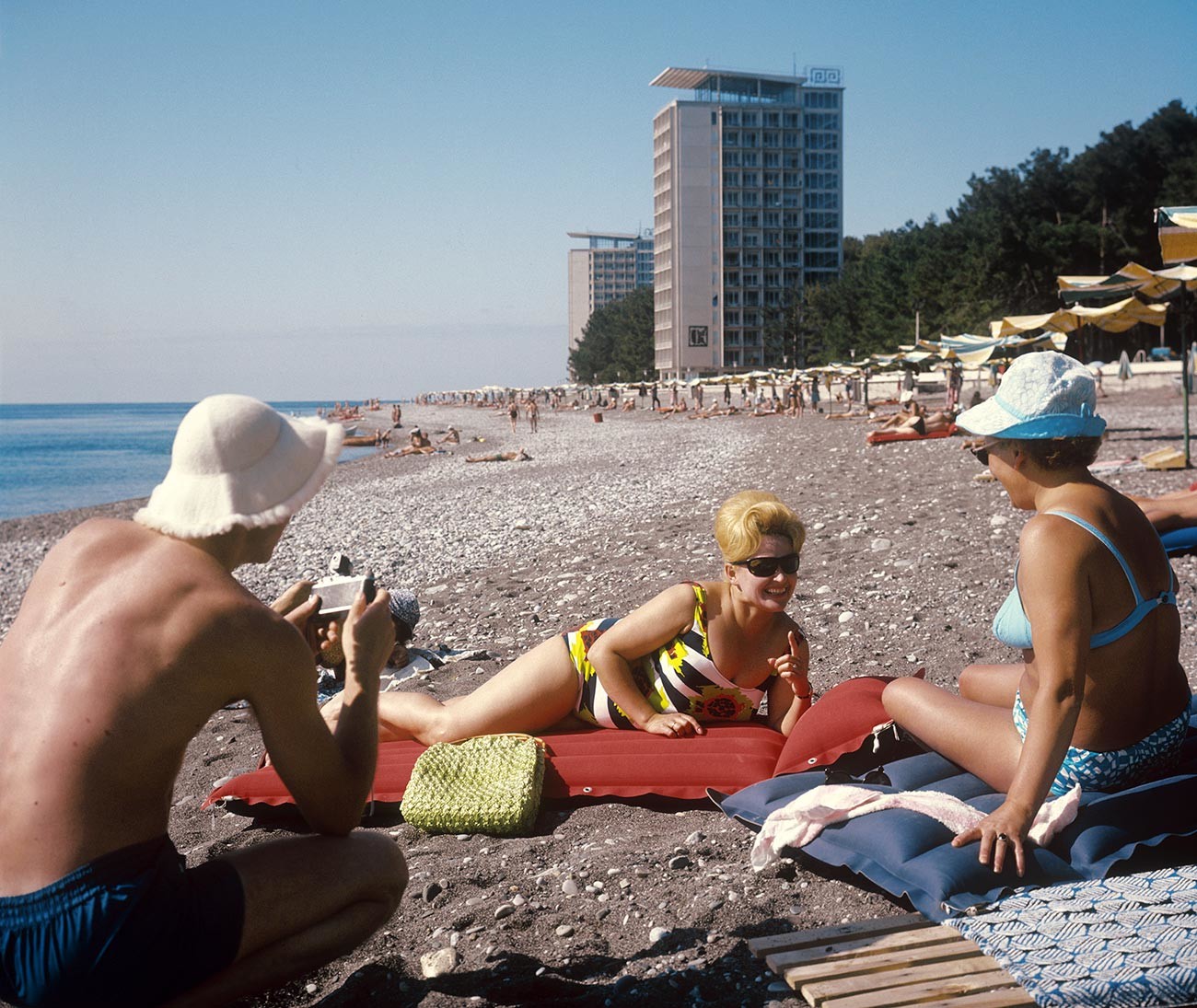 Even before the formation of the USSR, the early Russian Soviet republic became the world leader in terms of regulating work and vacation time. The June 14, 1918 Decree of the Council of People’s Commissars “On vacations'' established an annual two-week vacation for all workers. What is important, the workers were still paid. Meanwhile in Europe, far from every country had state-regulated paid vacations for its workers. The 1936 International Labour Organization Convention “On paid vacations” proposed only an annual six-day vacation.

The 1918 Labor Code installed a strict eight-hour work day and a 48-hour work week with a weekly holiday. According to 1922 Labor Code, all workers who worked continuously for at least six months were guaranteed a two-week vacation. Overtime was to be paid double – and total overtime couldn’t exceed 120 hours a year. At that time, these were the most extensive guarantees of rest time around - ones that employees of any Western country did not enjoy.

READ MORE: What could Soviet citizens do for vacation?

And although in the immediate aftermath of the 1918 decree and the 1922 Labor Code, not all of these norms were observed, they were kept and improved in subsequent labor legislation. In 1936, the right of vacations and holidays was secured by the Constitution of the USSR. The Soviet state needed its officially registered workers to be in (relatively) good health, as well as possess a sense of security, and, most importantly, dependence on their places of work. 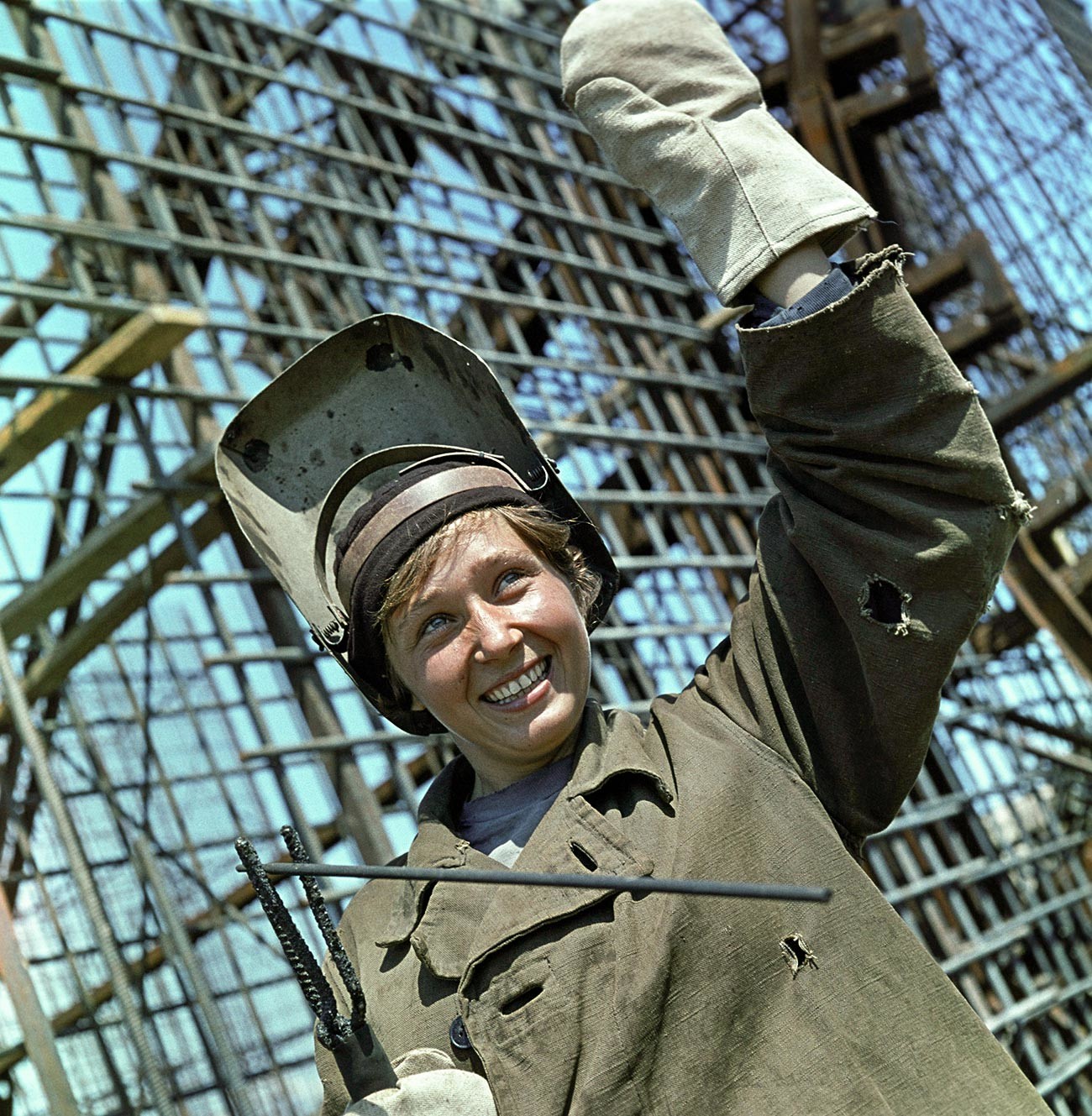 Early Bolsheviks sought to level the rights of men and women in their new state. In 1918, according to the new legislation, Soviet women formally had the right to choose their occupation, place of living, gain education, marry and divorce, and have equal salary with male workers. The 1918 Labor Code also banned overtime for women and gave them paid vacations for two months before and after childbirth. For feeding mothers, regular work breaks were instituted, which was crucial for a country where masses of feeding mothers were put to work – in the fields or in industries.

The 1936 Constitution of the USSR guaranteed women equal rights “in all areas of economic, state and socio-political life.” This meant that women had the right to vote and be elected – in other words, they could become Soviet politicians. In Soviets of People’s deputies, up to 50 percent of members actually were women (however, these Soviets were lower political bodies that only formally approved the Communist Party’s decisions). The state also offered assistance for mothers of multiple children, pregnant women and young mothers. However, in 1936 abortions were banned in the USSR – a controversial measure employed by the state at a time of demographic crisis. Rates of criminal abortions rose, along with maternal death rates, and the practice were legalized again in 1955.

READ MORE: History of abortions in Russia and in the USSR

In 1967, alimonies were introduced for women who divorced their husbands – minimum 25 percent of the income of the family she left; and in 1968, paid pregnancy and childbirth leave followed, as well as ‘child benefit pay’ for single mothers and divorced women. What’s very important is that all these laws were applied to female populations of all Soviet republics – including the Central Asian, North Caucasus, Siberian and Far East territories, where, in largely traditional societies, women had far less rights and opportunities than women in the Central Russian region. But with the formation of the USSR, all women were granted equal rights. 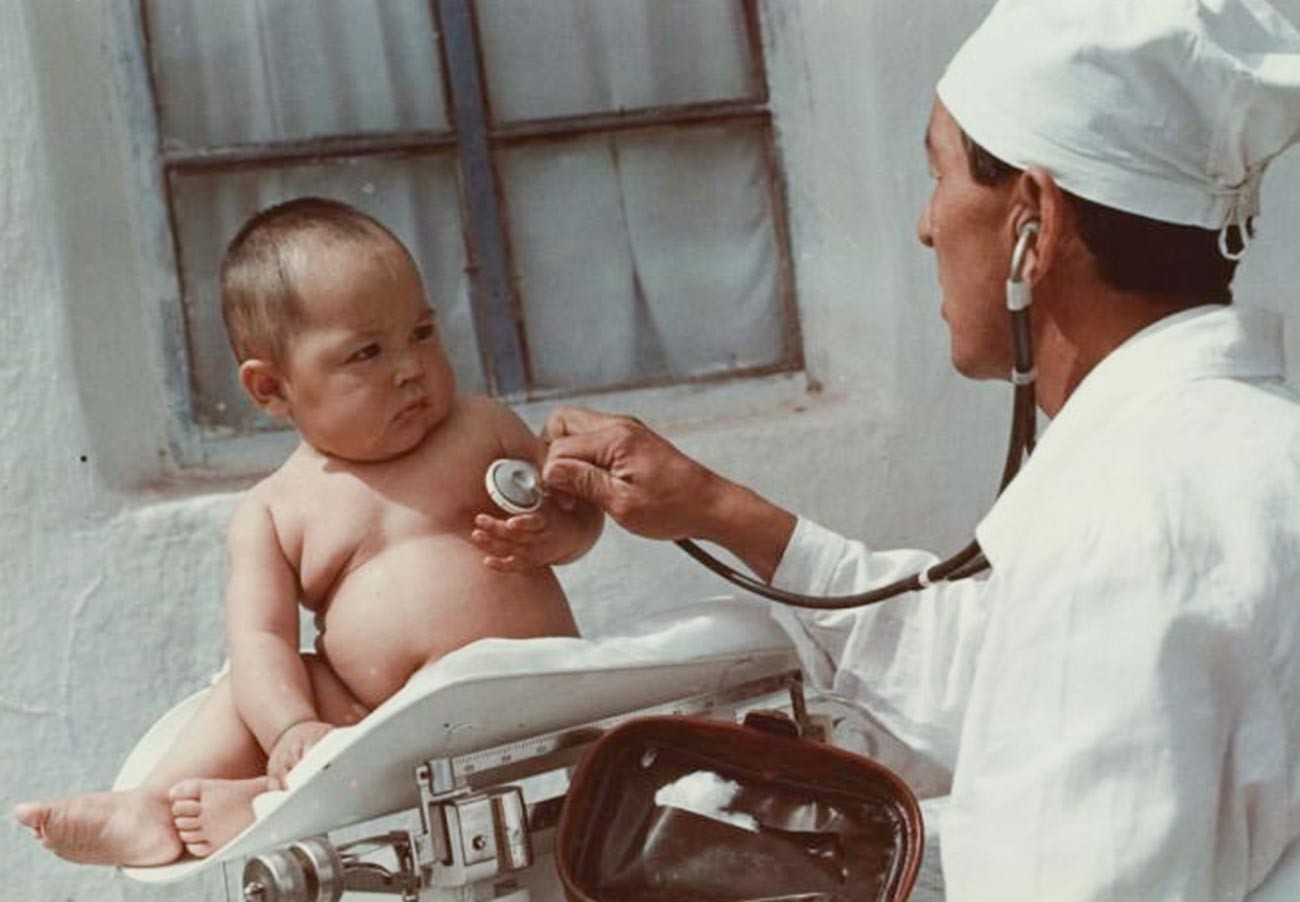 Pediatrician in a Russian village.

Unlike the Beveridge healthcare model, where national healthcare is funded straight from a special tax paid by the population, the Semashko model, named after its creator Nikolay Semashko (1874-1949), the first People’s Commissar (Minister) for Healthcare of the USSR, ensured that healthcare was free for everyone.

Under this system, medical services are provided by a hierarchical system of state institutions under the control of the Ministry of Healthcare and financed from the national budget. For the citizens of the country, medical services are equal and free, with a special emphasis on social hygiene and infectious disease prevention. This became the first national healthcare system in the world, and it was studied and borrowed from by Sweden, Ireland, Great Britain, Denmark, Italy and others.

READ MORE: Why was Soviet medical care among the best in the world

This system didn’t allow private medical practices. All doctors became state employees, all medical institutions were organized hierarchically and geographically. All of the country's territory was divided into districts, with outpatient hospitals and local physicians assigned to each of them. These doctors were wide-ranged specialists able to treat most common diseases, while more complicated cases were referred to regional hospitals.

Again, all these positive changes took effect in all regions of the country, and although the Soviet medical industry had major supply problems, the availability of free medical help for all citizens was a great milestone in the USSR’s history. 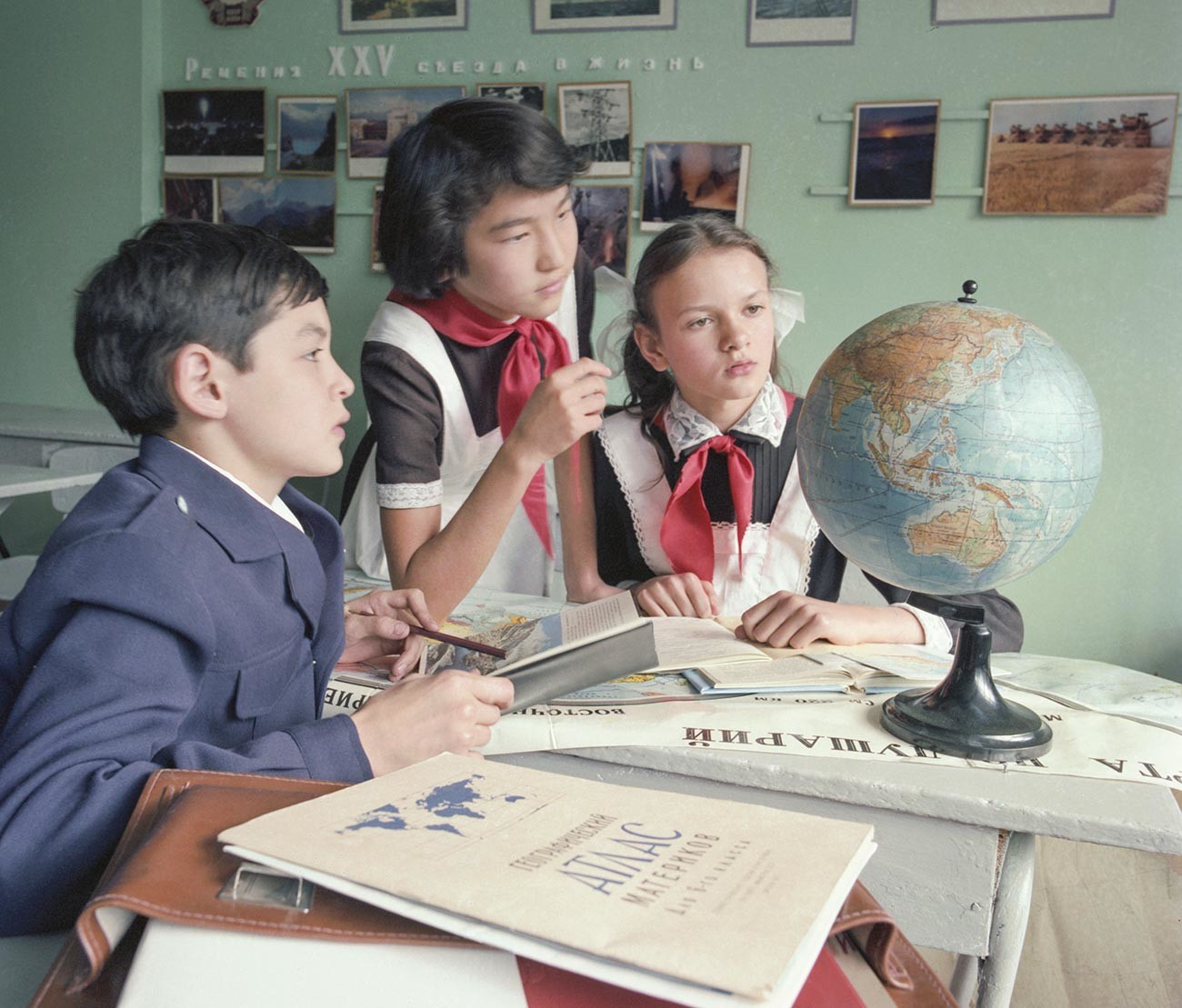 The same can be said about mass education in the USSR. When the Bolsheviks took power in 1917, Russia was largely an illiterate country. The Central Russian population was only 25 percent literate, while in Siberia, only 10-15 percent of people had some education, and in Central Asia over 97 percent of people couldn’t write and read.

The expenses for education went up, now comprising 13 percent of USSR’s budget – apparently, it was crucial for building an industrialized state. In 1917-1927, over 10 million people were taught to read and write. By 1926, about 80 percent of the urban population could read and write. National schools and educational institutions also developed.

During the first decades after the Revolution, written native languages were created for dozens of previously non-written peoples (Abazins, Laks, Nogais, Balkars, Tuvans, Adygeans etc.). For the first time in history, children of dozens of nationalities received textbooks in their native language. In December 1922, a specialized publishing house was established, which produced textbooks in Tatar, Chuvash, Kyrgyz, Adyghe and other languages. Russian was also taught in national schools as a ‘universal’ language of the USSR.

In the 1930s, the policy of mass compulsory education came into effect, but its development was hindered by World War II. Universal seven-year education was introduced in the USSR in 1949. By the end of the 1950s, the country’s population was literate, there were over 100 higher educational institutions in different areas of science. In 1958, 10-year full secondary school education was introduced. As of 1975, there were 856 higher educational institutions in the USSR (including 65 universities), where more than 4.9 million students studied, and this number continued to grow.

The USSR made primary and secondary education, as well as a career in science, available to anyone of its citizens. 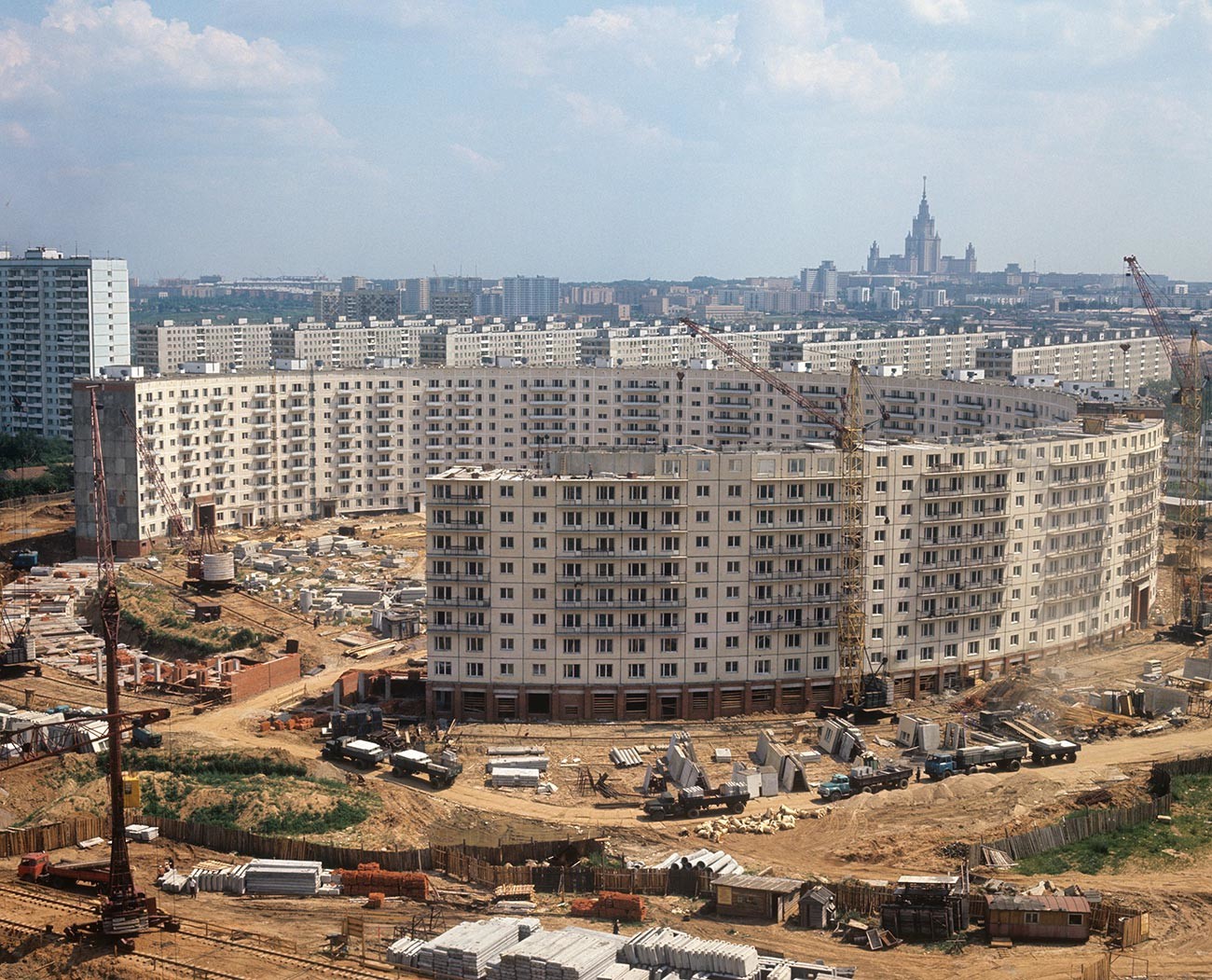 80 percent of the population of the Russian Empire lived in the countryside. With the formation of the Soviet state and industrialization of the economy, vast numbers of people migrated to the cities. But after WWI and the Civil War in Russia, housing construction was impossible, so at first, the Bolsheviks employed uplotnenie (‘compaction’) – the families who lived in apartments with more than 9 sq. meters available per person, were obliged to accept new tenants in their apartments. Usually, the former wealthy classes (former nobility, merchants, wealthy townsfolk) had to share their flats with working-class families.

Housing construction started in the 1920s in big cities, but a great part of the urban population was still living in barracks, dug-out shelters and, at the very best, communal flats. In 1924, the average living area per urban resident was 5.8 square meters, while in some industrial areas, the situation was so dire that a person barely had 1.5 square meters as living quarters. By 1927, over 12 million square meters of new housing were built, but it didn’t solve the problem in a rapidly urbanizing country with over 140 million citizens. The situation only worsened during the 1930s and towards WWII. The housing problem was solved only under Nikita Khrushchev. 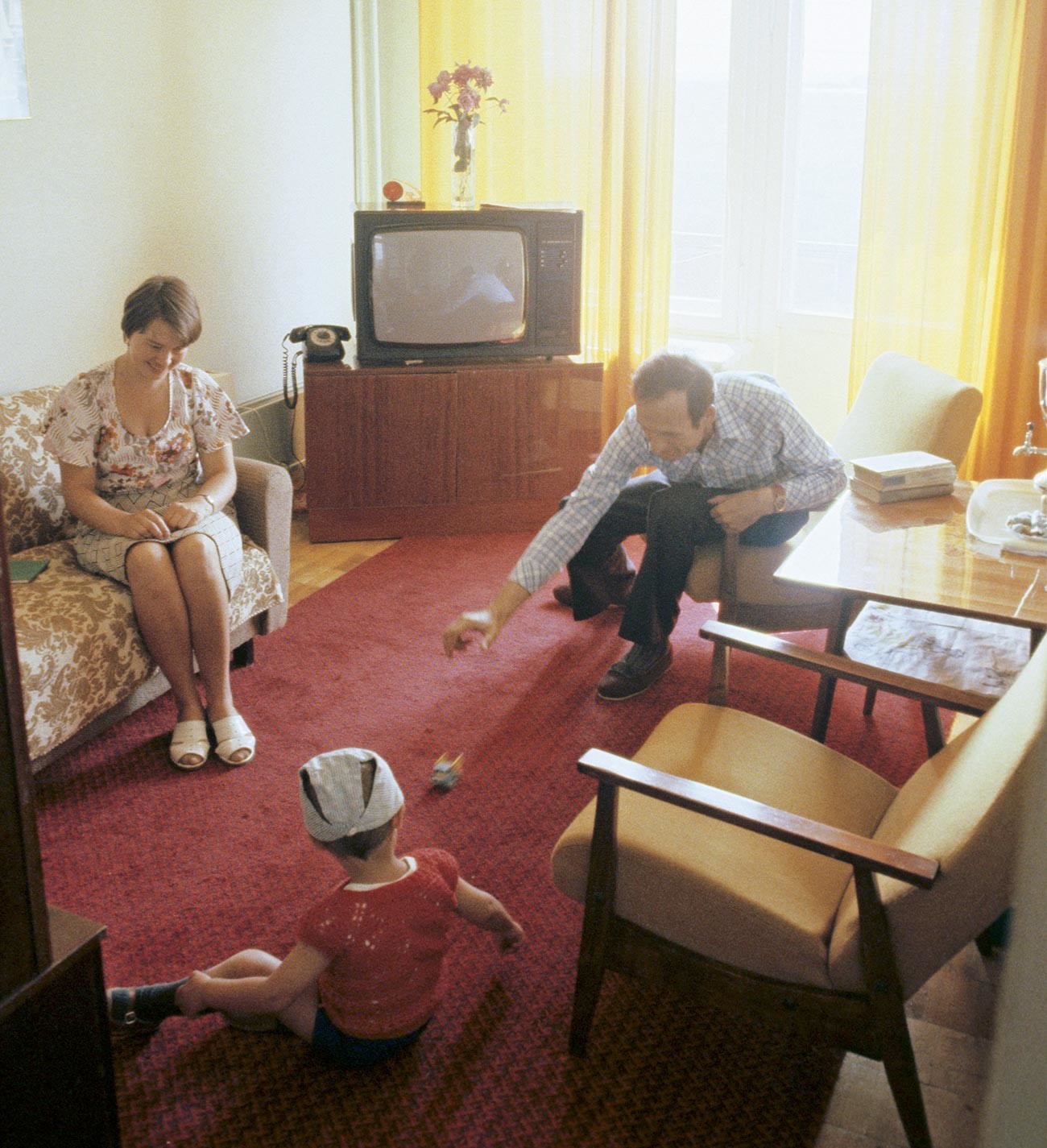 In 1946-1952 (right after the war), 78 million square meters of housing were restored or built, and 45 million individual houses were constructed by citizens – the Soviet people tried to solve the problem on their own. The 20th Congress of the Communist Party in 1956 ordered to find a solution in 20 years, and so began the mass construction of khrushchyovkas.

READ MORE: What does a typical Russian home look like?

First panel khrushchyovkas, designed by engineer Vitaliy Lagutenko, could be constructed in just 12 days. They were five-storeyed buildings that had one, two, and three-room apartments, 80 in total. Although these apartment buildings had many drawbacks (low ceilings, small kitchens and restrooms, poor heat insulation), the opportunity for a Soviet family to live in a separate apartment was priceless.

From 1956 to 1963, the national housing stock grew almost twice — from 640 to 1,184 million square meters. More housing was built in the USSR during that period than in the previous 40 years. The housing crisis was still not solved completely – there were communal apartments, dormitories, and other forms of co-living, but since the 1970s, the majority of the population lived in individual apartments, leased to them by the state. Later during the post-Soviet years, most of the occupied housing fund was privatized by Russians and became their private property.