Why did this English princess wear a Russian folk dress?

History
Eleonora Goldman
This blue silk sarafan of Charlotte Augusta of Wales, daughter of George IV, has been preserved to this day. 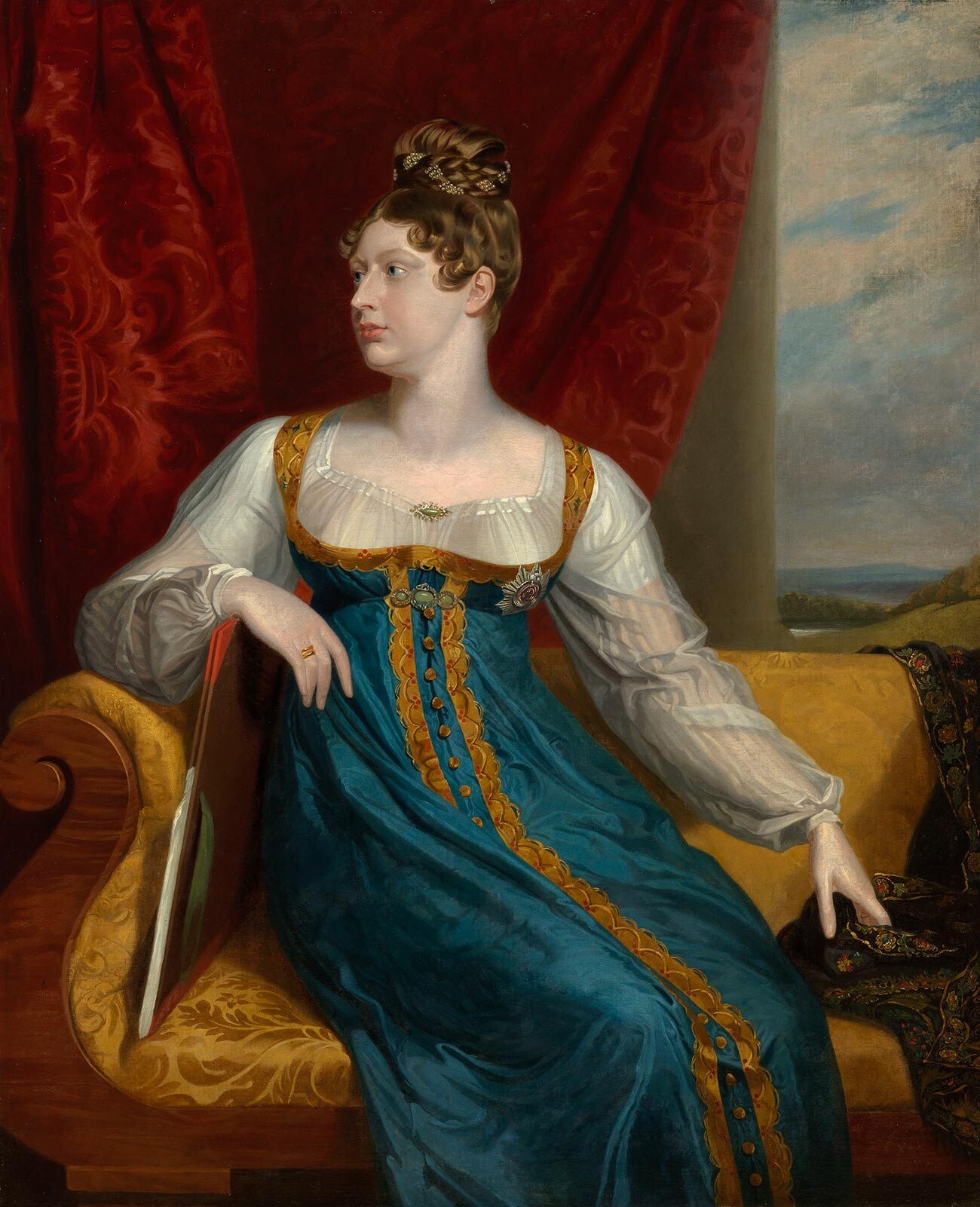 Princess Charlotte of Wales. The portrait is a version of the full-length painting in the Belgian Royal Collection, dated 1817.

This old portrait from 1817 shows the English Princess Charlotte Augusta of Wales in a very unusual outfit for her country. Where did she get a real Russian sarafan and why?

Who is Princess Charlotte? 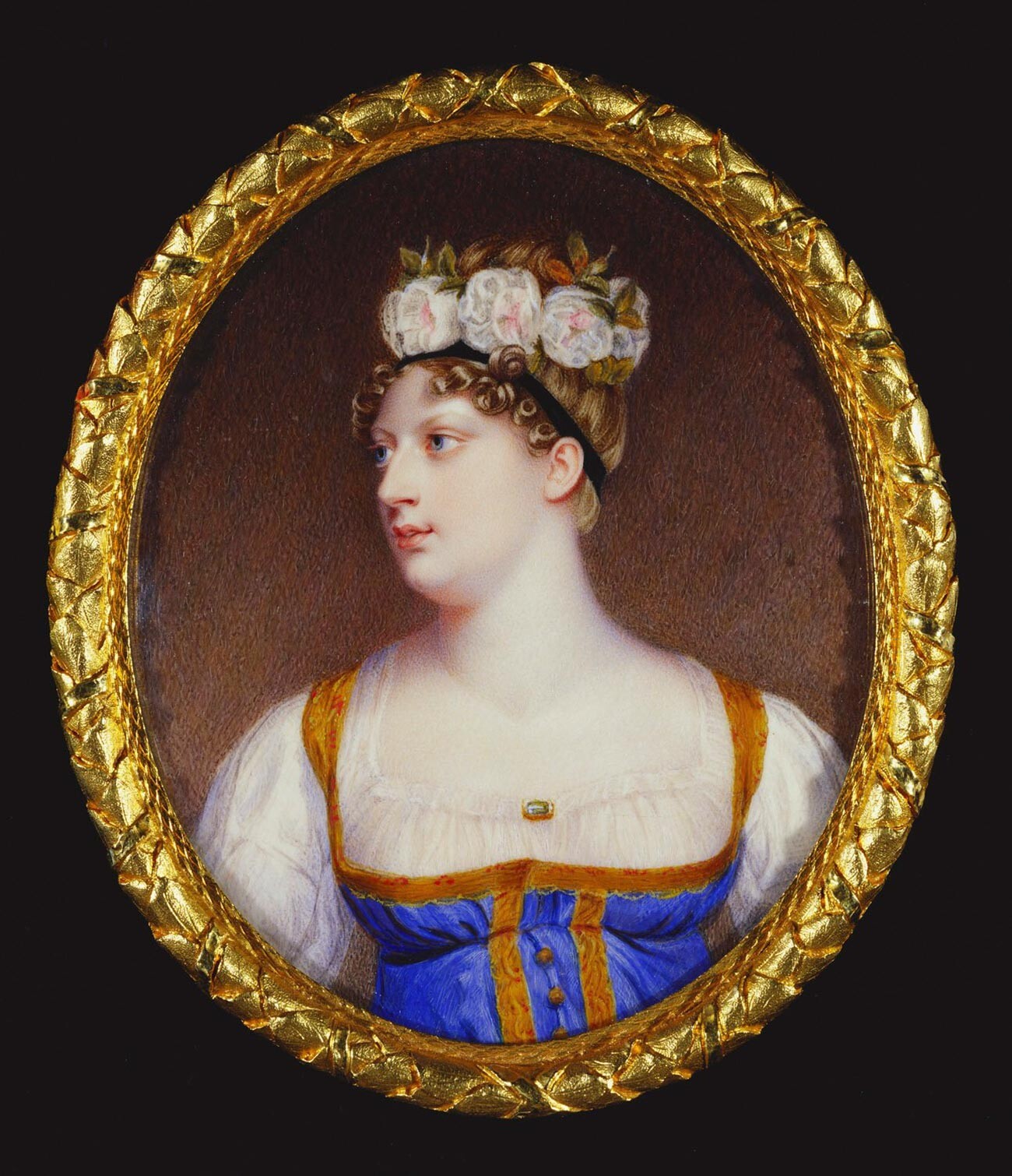 Princess Charlotte of Wales by Henry Collen. This miniature portrait is dated 1861.

Charlotte Augusta of Wales (1796-1817) was the only child of Prince George of Wales (future King George IV) and was in line to the throne after him. Unlike her father, Charlotte was wildly popular among the British, who saw her as the next queen.

But her fate decided otherwise: at the age of 21, she died during childbirth. As a result, after her death, there was a chase for the throne, to which Victoria finally came in, nicknamed ‘Grandmother of Europe’ for the large number of profitable dynastic marriages of descendants (her granddaughter Alexandra Fedorovna, wife of Nicholas II, was the last Russian Empress).

Nevertheless, during her short life, Charlotte managed to establish contacts with the Russian monarchs.

After the victory over Napoleon, the Russian Empire strengthened its political influence in Europe. Russian high-ranking officials became welcomed guests at European courts. Imagine: the visit of Emperor Alexander I to Great Britain in 1814 was the first for more than a century! Before him, only Peter the Great had been in 1698. George IV received him rather coldly; he had not previously developed a relationship with his sister. But his meeting with Princess Charlotte was more hospitable.

The Russian emperor was also popular among the British people, they thanked him for his victory over Napoleon. And, after all, everything Russian in Europe became fashionable, from architecture (look at the village of Alexandrovka in Germany) to names. Even Queen Victoria - Alexandrina Victoria - was named after the Russian emperor; moreover, he became her godfather. 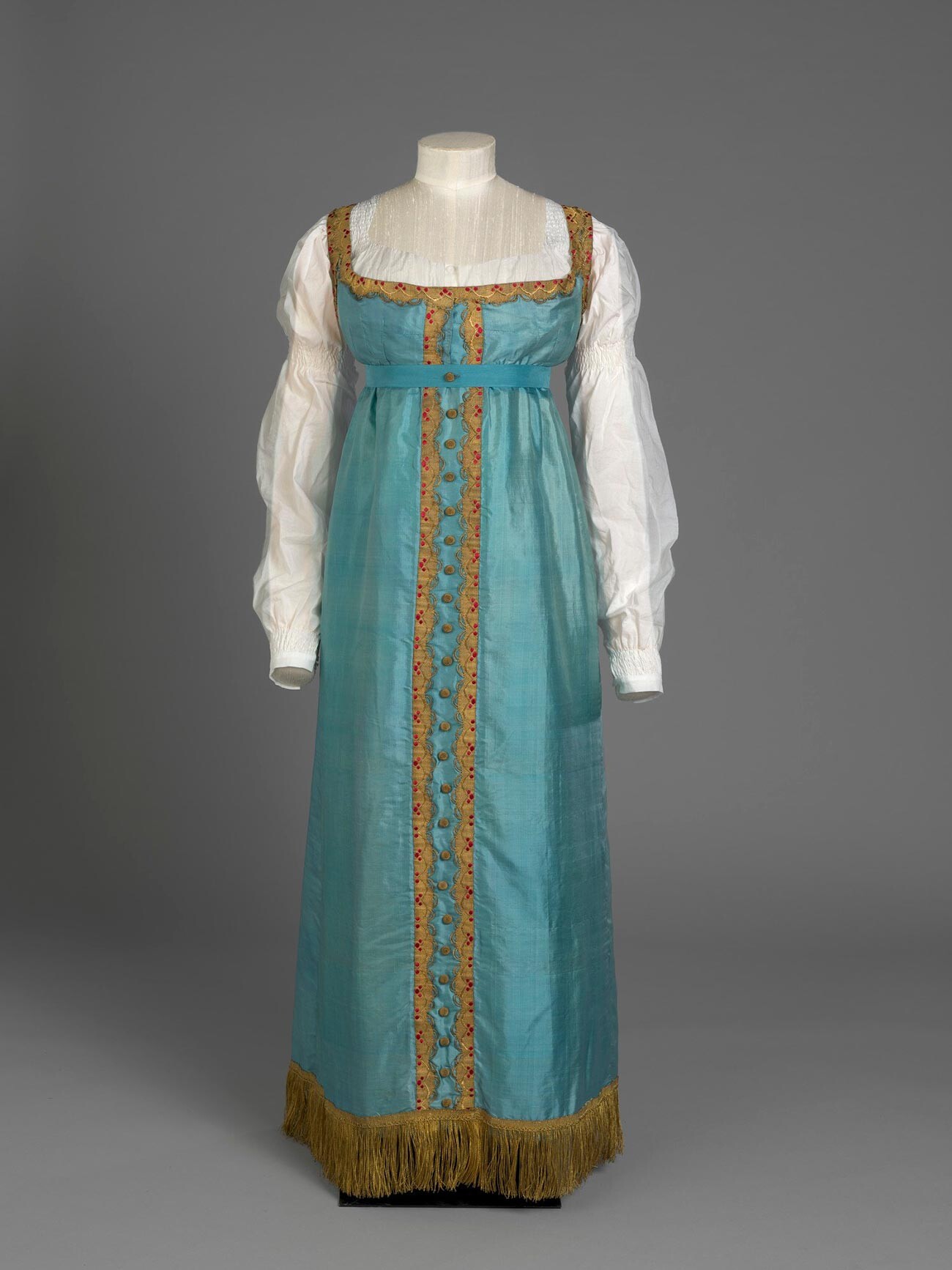 For Charlotte, her meeting with Alexander I also brought fortune in her private life. Through his sister, she met her husband, future King Leopold I of Belgium. Before coming to the throne, he had served nearly 20 years as an officer in the Russian army and had distinguished himself during the campaigns abroad at Brienne and Paris. Leopold was a member of that Russian delegation. In 1816, he visited London and formally proposed to her.

This portrait of Charlotte was painted by the famous artist of the time, George Dawe, in 1817, shortly before her death. Charlotte of Wales is depicted here in the sarafan specially sewn for her about the same year.

It’s not known exactly why the princess posed in the Russian sarafan, but, according to the Senior Curator of Decorative Arts Caroline de Guitaut, it was probably because of the “mini fashion trend for wearing Russian dress”. “What is fascinating about this dress, that it has always been known as Princess Charlotte’s Russian dress and the reason for that is that it’s based on the original Russian sarafan,” she says.

This is how it is described on the Royal Collection Trust website: blue silk trimmed round bodice and down center skirt with scalloped gold lace with red highlights; skirt edged with gold fringe.

On her breast, she wears the star of the Order of St. Catherine, which she was awarded by Empress Maria Feodorovna in July 1817, for hospitality shown to her son, future Emperor Nicholas I, during his visit to London a year before.

This is her last lifetime portrait. Her death in Britain was seen as a tragedy: many stores, docks and other institutions were closed for two weeks, due to mourning. Perhaps precisely because they wanted to preserve the princess’ memory, her Russian dress is still kept today and it’s in perfect condition, says de Guitaut.