Drop it all and quit everything: Why Russians choose to downshift 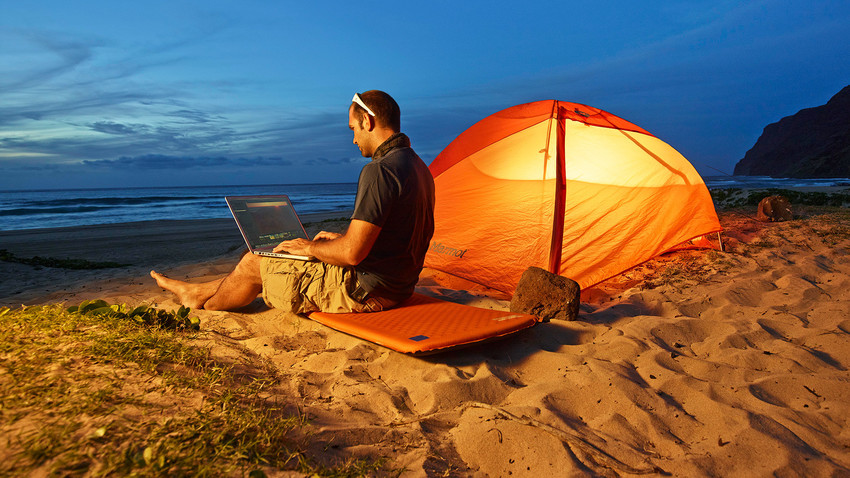 Christian Vorhofer/Global Look Press
The weather, depressing morning commute, stress, and general city life have pushed many Russians to uproot and move abroad in search of a better life in recent years - but is it worth it?

While downshifting is nothing new (take for example Russia’s very own Leo Tolstoy), the trend has become more widespread since consumerist culture its grip on Western societies. Russians who joined the global trend in the 2000s mainly dreamt of leading the simple life (near the beach) in places like India and Thailand, where the cost of living is cheaper than at home.

Back in 2008 social polls showed (link in Russian) that almost 30 percent of Russians favored chasing self-realization rather than career if they had a chance. Cold weather, grumpy faces on the metro, stress, an unhealthy lifestyle, and hectic schedule…these are just a few reasons voiced by Russians for dropping everything and uprooting. 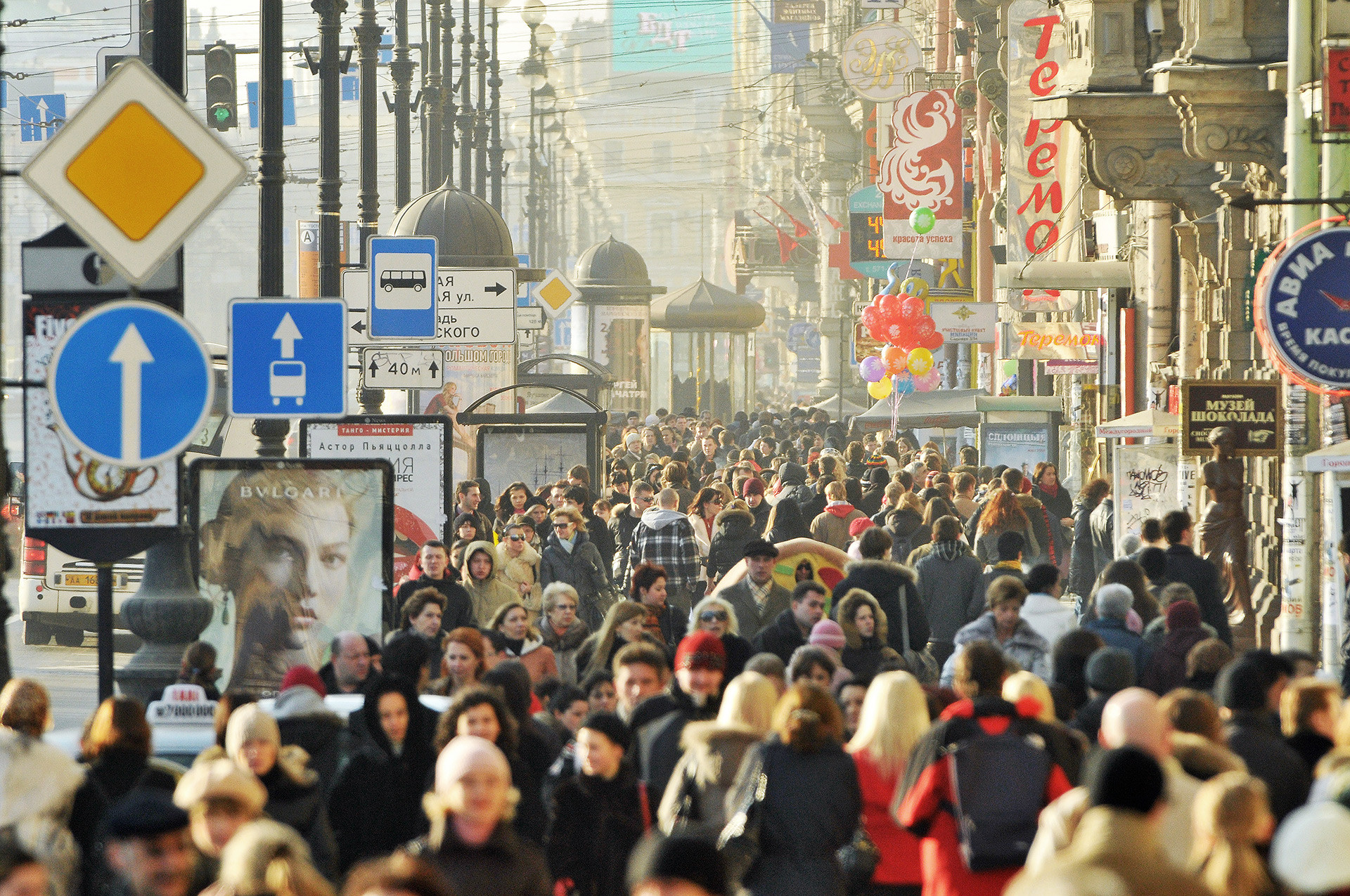 “There was a time when Russians had high material and career aspirations, but crisis hit. Very few succeeded and the rest became disappointed and tired. The majority of Russians don’t consider daily work in their homeland as living, but rather surviving. So they are ready to sacrifice their social status for the privilege of a life right here, in the now,” explains life coach Oksana Dombrovskaya. (link in Russian)

Those who decided to downshift were often successful professionals able to lease their apartments in the city and live off the rent in another country. They either switched to working as remote freelancers or found local work in their newly adopted nation: Like surfing, yoga, or teaching meditation. 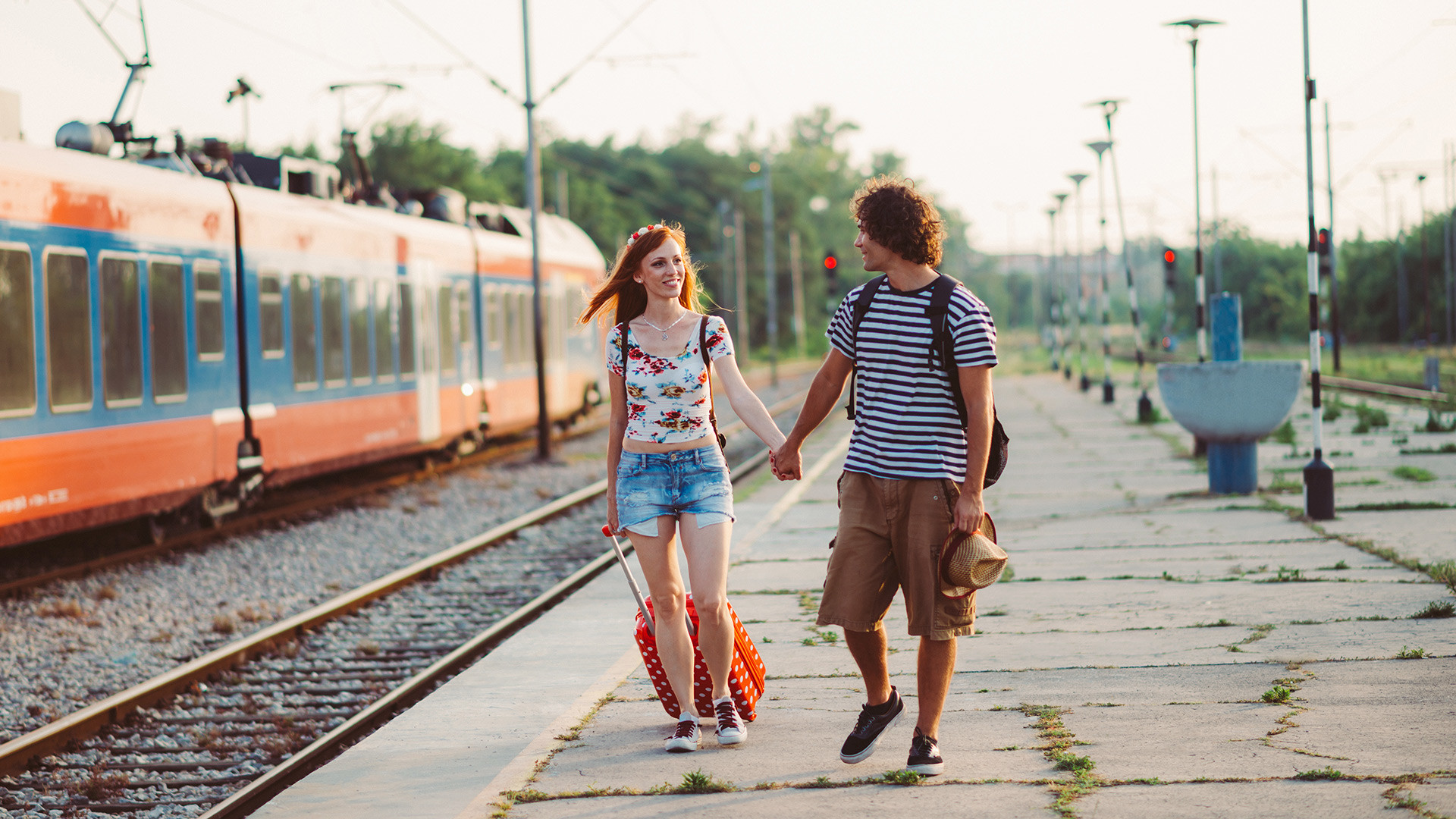 “True downshifting is when a successful and already accomplished person decides to act against familiar practices for freedom and creativity,” says (link in Russian) Alexander Doroshenko, a Russian psychologist. “Fake downshifting is when a person, who is really nothing at all and is proud of it, preaches rejection of what he doesn’t possess.”

There are many stories of people who had nothing at home and simply looked for opportunities abroad. The most entrepreneurial-minded of such downshifters even started (link in Russian) to offer their own life-coaching and soul retreat sessions – sometimes shadowy lessons that helped live-off Western (and fellow Russian) tourists in Asia.

The economic crisis from 2014 to 2015 - and subsequent devaluation of the ruble - made life for Russian downshifters harder. Some decided to return home after their funds dried up. For instance, one family (link in Russian) came back to Russia from Thailand after ruble fell in 2014 - they returned to the flat they leased out only to find it had been practically destroyed by the tenants. They had to start their life all over again.

Another, more tragic story happened (link in Russian) in Podolsk two years ago: A man killed his two children and badly hurt his wife – all because of the problems the family faced as they struggled to re-establish their life after moving back home.

However, despite financial factors coupled with other challenges (different cultural environment, local bureaucracy, and language barriers, family members left back at home, to name a few) not all downshifters returned to Russia. Many stayed, found new ways to earn money locally, or simply moved to other countries. Some opted for a nomadic life, never settling in one place for too long.

“When you leave [your routine at home] you understand that this is real life, all these countries are in your hands,” says (link in Russian) Masha Shults, a 28-year-old copywriter who has traveled to more than 30 countries while working remotely. “If you don’t have a remote job, you can find it on the spot. If you don’t speak English, you can easily learn it while traveling – this is what I did. The key thing is to leave.”

Some make travelling their source of income by filming stories and videos, like young Russian couple Anastasia and Nikita Kuimovy. They explain (link in Russian) that for them it’s about pursuing an alternative lifestyle, rather than downshifting because since they started traveling they began working even harder than before. “It’s a mindful way of living when you start to assess your life, not through the amount of money or value of possessions you have, but with experiences and moments you had, like an opportunity to live by the sea, sharing sunsets in the evenings with your loved one, and working when you want to.”

While there are many who support such a pursuit, others are not so positive. Psychologist Vladimir Vakhrameyev thinks that downshifting can also point to a desire of a person to remain a child - on a  psychological level.

“If one doesn’t want to deal with tough reality, he/she chooses an alternative reality, a utopia in fact. He/she goes to Goa, makes bracelets, uses drugs, presents himself/herself as friendly and positive but in essence stays a child, preserving his/her naivety. Then some come back after this break having understood that city life, family and friends and adult tasks are more important for them. Some, in turn, remain in this socially accepted childhood,” he writes. (link in Russian)

Another factor that downshifters have to acknowledge is that in another country one will always remain an outsider, argued blogger Alexbrainer who lived in Thailand. “In a friendly country, however, as beautiful and interesting as it might be in terms of culture and living conditions, one will always remain a guest on a fundamental level. This applies not only to India or Thailand – the list goes on and on,” he wrote. (link in Russian) 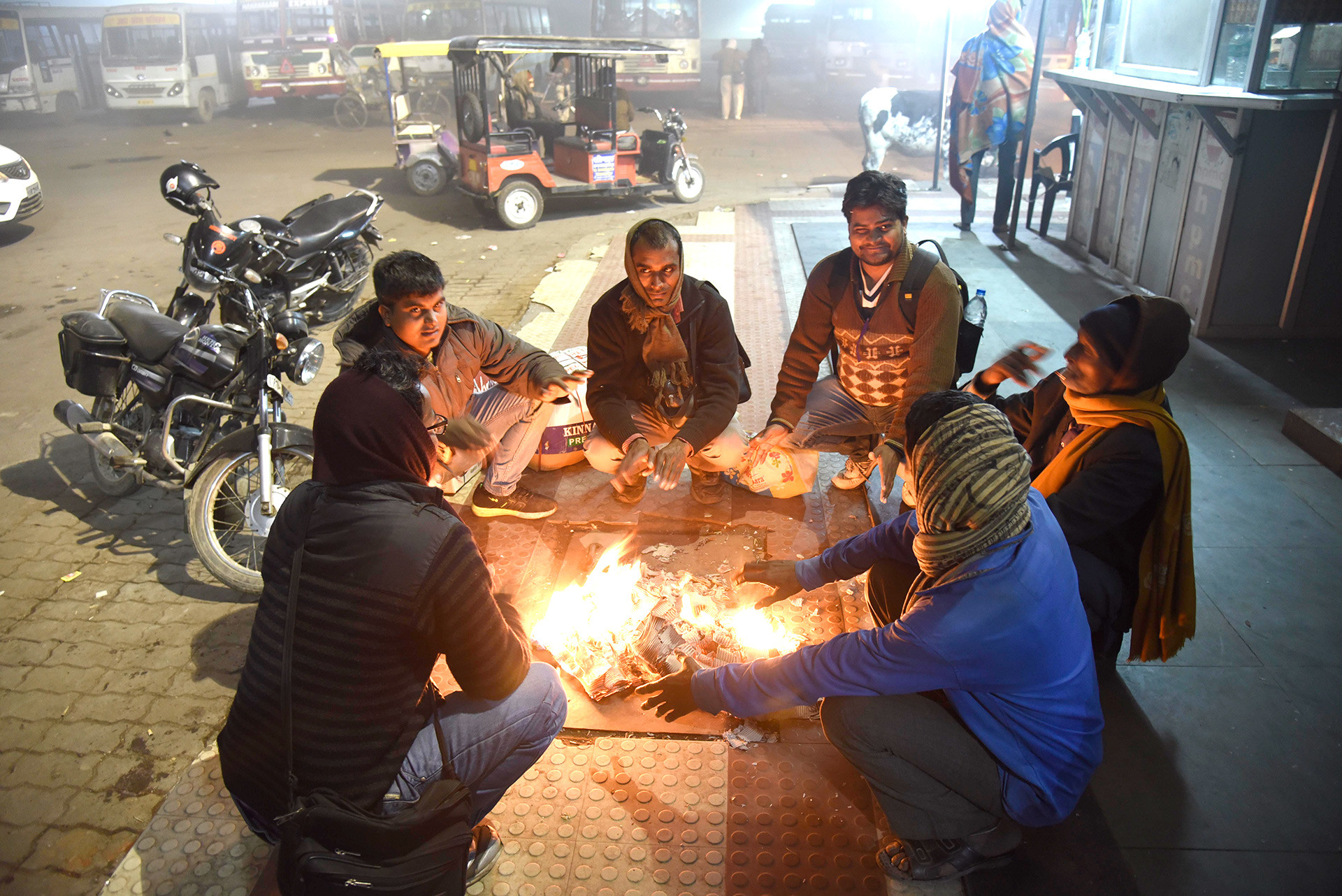 In a foreign country one will always remain an outsider

Downshifting is a life-changing experience that helps to uncover inner talents and desires that one would suppress in a normal life, argues Sofya Zolotovskaya, an English teacher who travels with her five-year-old son. “To be honest, it makes one feel life differently. You feel that you are truly alive,” she says. (link in Russian)

Plus, in recent years, downshifting acquired new meanings and no longer requires one to move abroad. It now can be attributed to those who simply change their professions to something they have wanted to pursue all their life but never did due to public opinion or low pay, like Alena, a former English teacher and editor who finally became a dancer. She moved to St. Petersburg, entered the Vaganova Ballet Academy and now works on modern dance projects. The pay is not great but Alena is happy (link in Russian): “I don’t want to live another way. This is a story of happiness. Otherwise you swap freedom for money.” 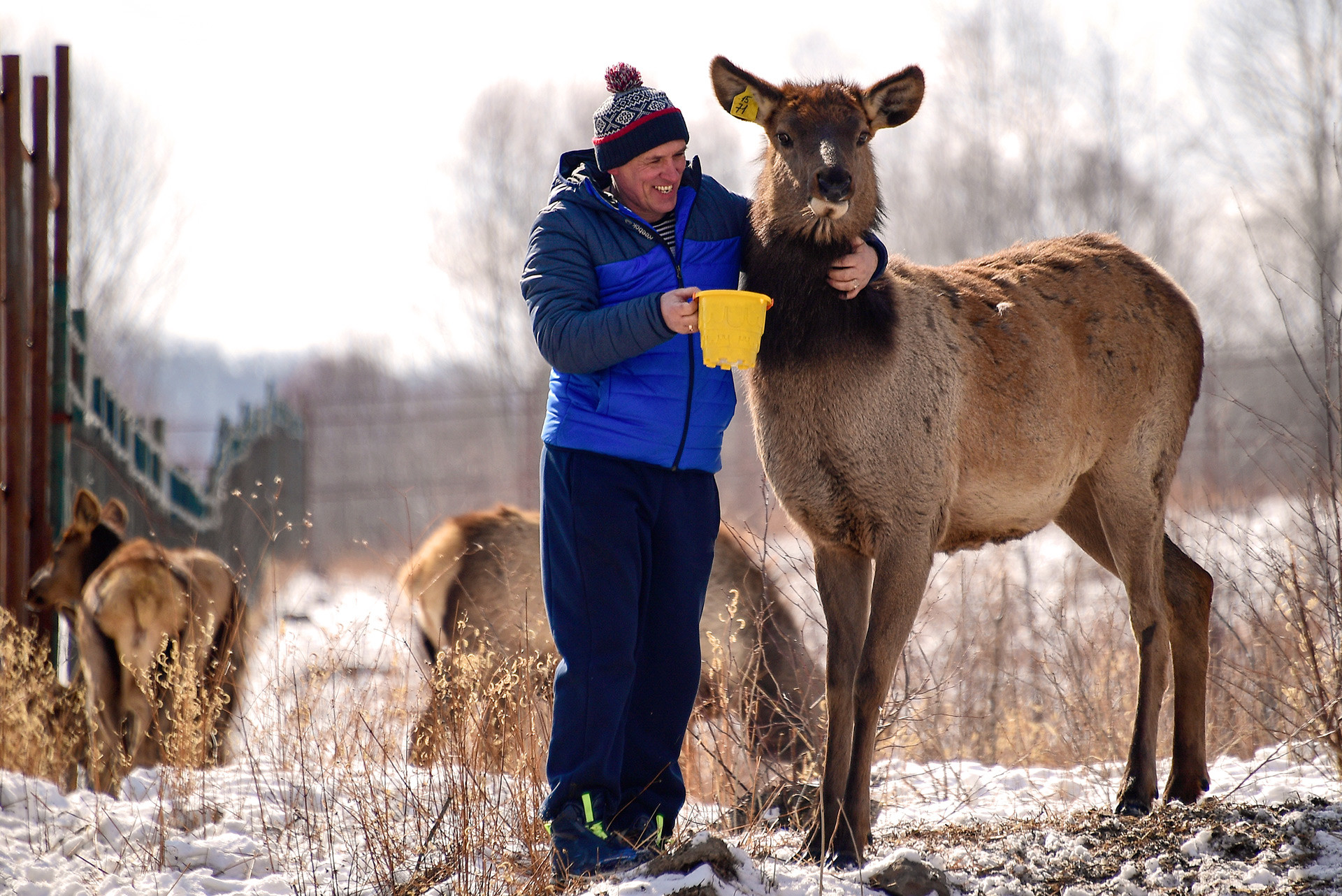 Plus, there are also those who downshift to Russia’s countryside in search of happiness, farming, and the  simple life (like Bajan family).

“Now more and more people leave the big cities, but not to grow potatoes like during the 1990s when many experienced hunger, and not to lay on the beach in Thailand like in the 2000s when many people got tired of life in the country, but because of the desire to find a meaningful life,” says (link in Russian) Ksenia Galaktionova, an event-manager from St. Petersburg who moved to the countryside (170 km away from the city) with her family. “To meet this desire people start to go to the Russian countryside which has everything: Land that can feed them, spiritual meaning, and deep roots. Plus there is an opportunity to work and start a business that can be inherited by your children, as opposed to any office job, for example.”

Here’s one story of a couple from Siberia who decided to radically change their lives by giving up an urban life to become nomads.