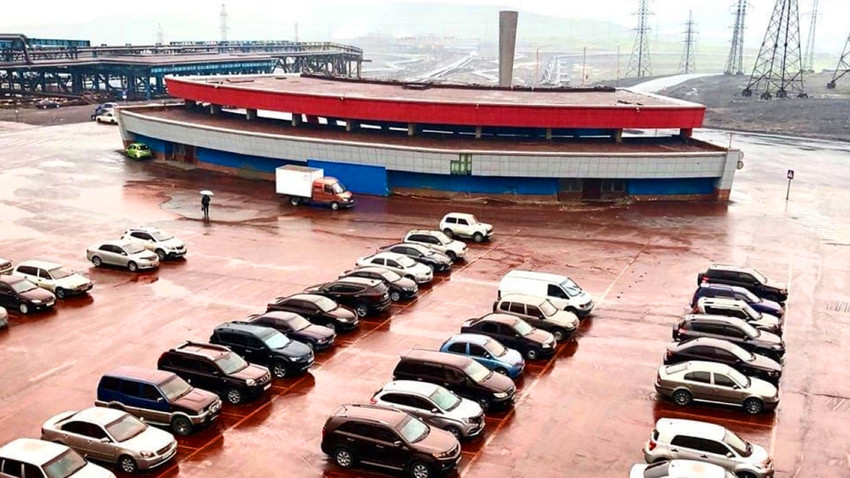 On July 3 the heavens opened, dousing the Russian industrial city of Norilsk (Siberia) in a strange red rain.

Witnesses posted photos and videos of a car park near the Nadezhdinsky Metallurgy Plant - the tarmac was awash with copper-colored puddles, like the scene of a mass murder.

While the locals suggested the strange weather may be the result of pollution from the factory, the Nornickel company (which owns the plant) offered another explanation (link in Russian).

According to them, the “bloody” color of the rain was caused by the wind blowing dust, which was scheduled to be taken away on July 5. The mess has been cleaned up and factory has issued an apology to the owners of the vehicles blanketed in the red stuff.

However, this is not the first time something like this has happened. In 2016 the Daldykan river near the filtration dam of the same Nadezhdinsky Metallurgy Plant ran red due to iron salt emissions. That time Nornickel was fined by the authorities.

Wondering what life is like in surreal Norilsk? Read our story.