What can actually force a Russian to laugh?

Lifestyle
Alexandra Guzeva
Getty Image, Donkey Hotey/Flickr, Irikzone/Pixabay, Andrei Stasevich/BelTA/TASS
No, they don’t laugh at the fact that winter never ends, or make jokes about vodka or matryoshka dolls. Russians make fun of their genius, corrupt officials and the fear of Putin.

Russians really love laughing at themselves, especially until the point when it brings tears to their eyes. There's a popular internet meme: "This country can't be defeated;" another is, "Know ours," which makes fun of ingenious but completely useless Russian inventions. 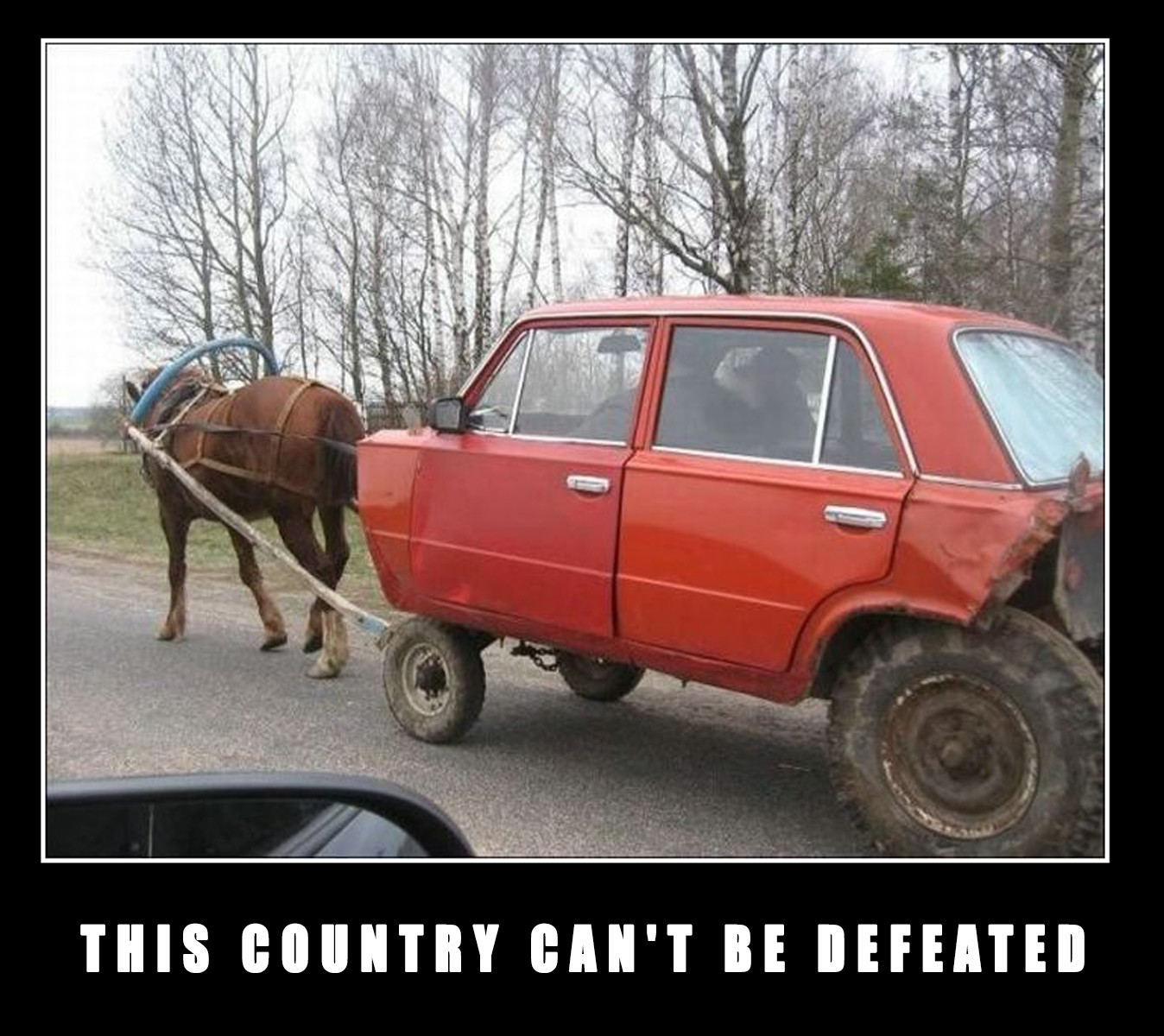 When Elon Musk's Falcon rocket launched into space, Russians began to show their sense of irony with the meme: "How do you like it, Elon Musk?" Then they began posting incredible inventions that would supposedly make the entrepreneur jealous. 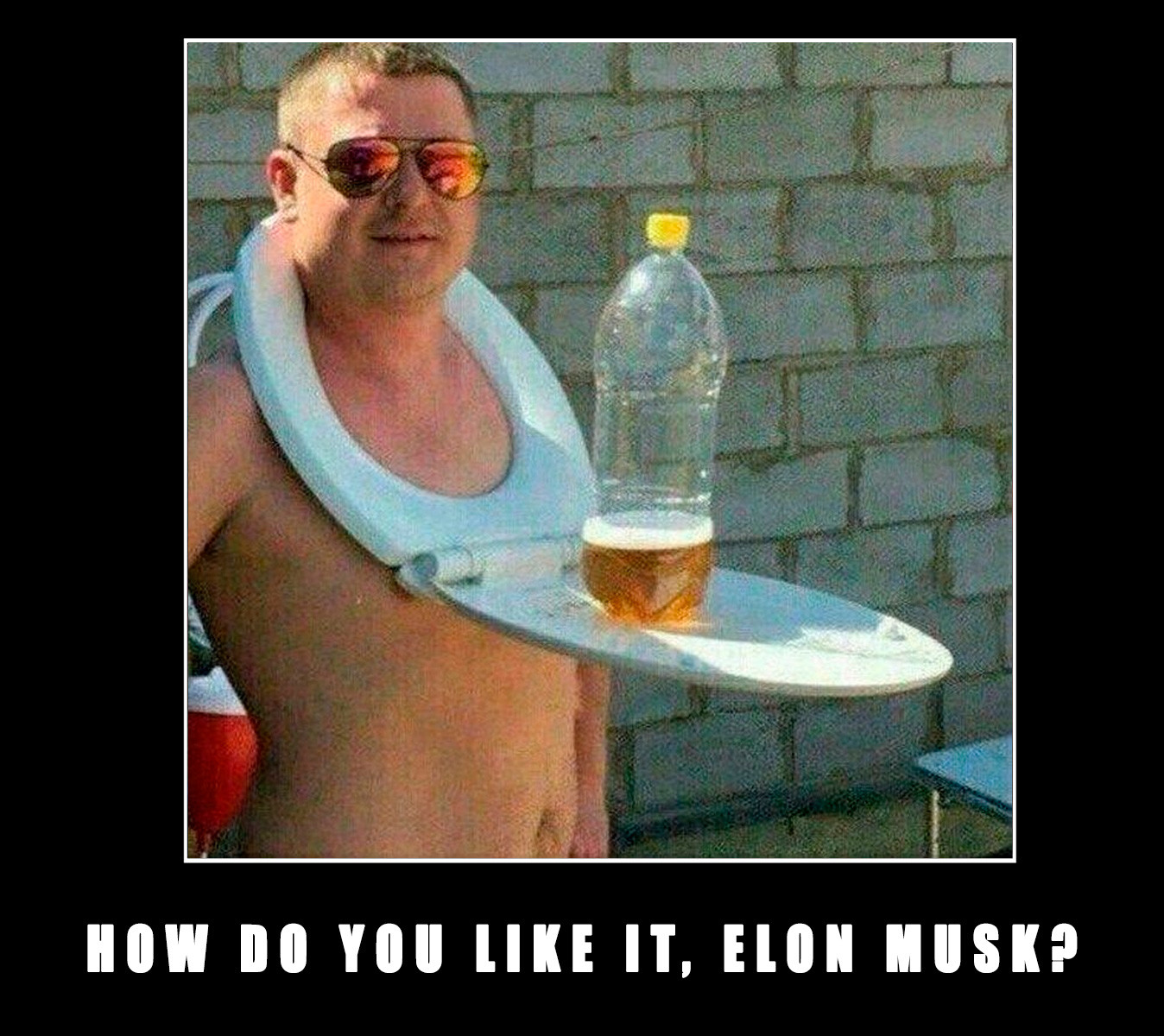 Foreigners should remember that Russians can laugh at, or criticize, themselves to no end, but they can't stand it when they are ridiculed or criticized by others. Also, Russians do NOT joke about World War II because it's a very sensitive topic – almost every Russian family has someone who fought and/or was killed in the War. But there are jokes about Hitler and the Nazis. Also, the Stalinist repression and the Gulag are off-limits for jokes, although Stalin himself is featured . Finally, jokes about God are rare.

The tradition of political jokes, which due to the fear of arrest were once told in hushed voices in the privacy of Russians' kitchens, has not gone away. Today, such jokes have moved to the anonymous space of the internet. Russians make fun of the powers-that-be and, in particular, corrupt officials. There are TV series and comic sketch shows about corrupt officials and embezzlers of public funds, and how they end up in ridiculous situations or lose all their money. Russians laugh with particular glee when former big shots find themselves in the position of ordinary people - or at rock bottom, as they themselves see it. 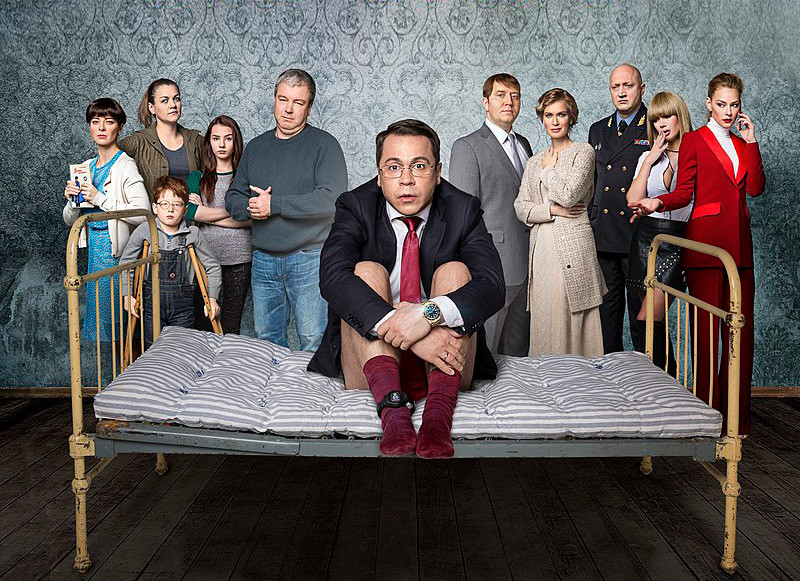 While only on TV do Russians see corrupt officials in the top echelons of power, they are more likely to come across law enforcers on the roads. There are many jokes that traffic policemen have small salaries and want to cash in on traffic offenders, extorting unreal sums of money from drivers in exchange for not confiscating their license, for example. 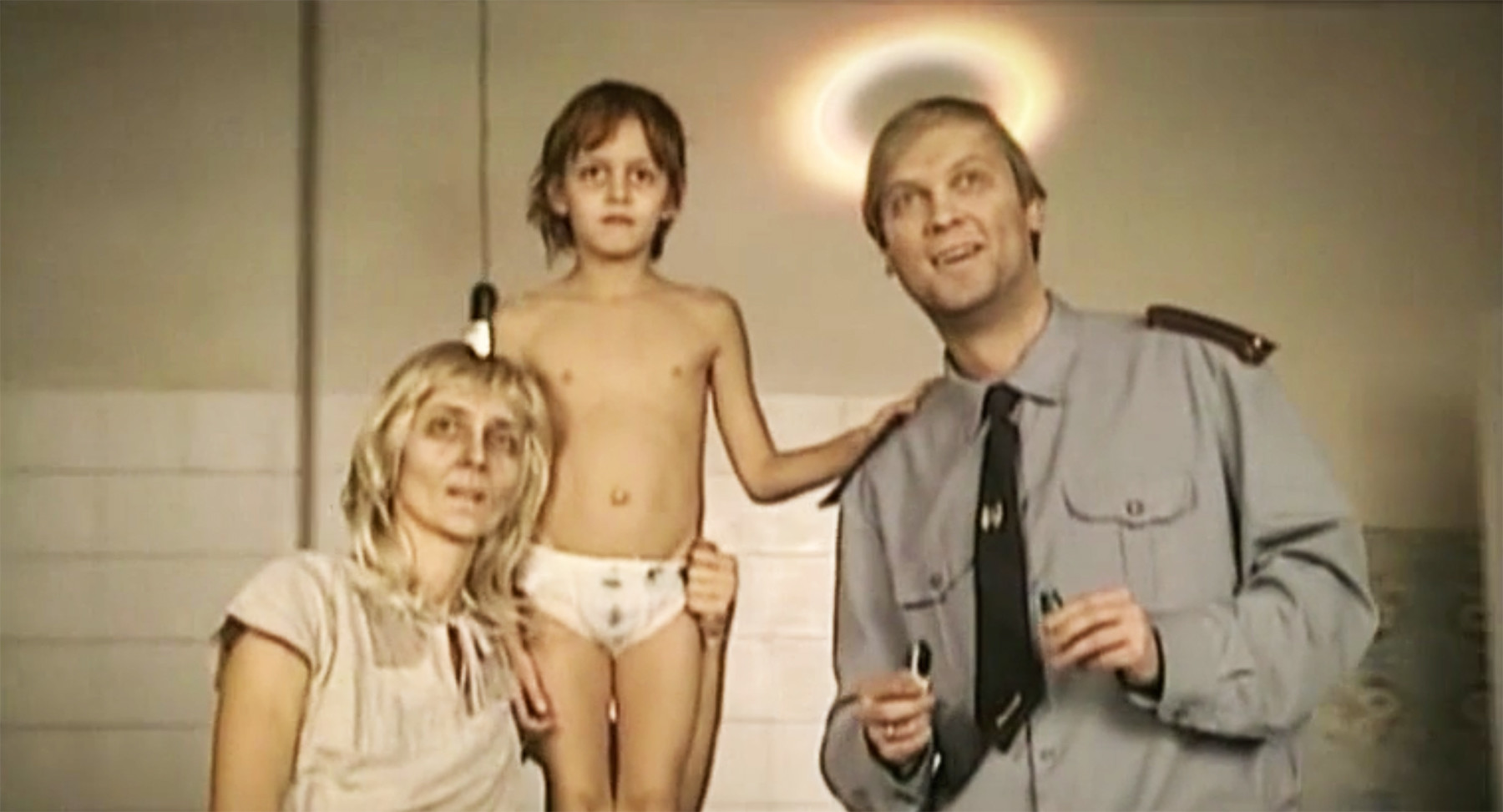 Screenshot from 'Our Russia' TV series

The Our Russia sketch show, which makes fun of stereotypes about Russians – homophobia, fat cat oligarchs and much more – also ridicules the country's supposedly sole honest traffic cop who does not take bribes while starves and he himself has black circles under his eyes.

Laughing at fear of Putin

New jokes about Putin appear every day. The most widespread ones have to do with the fact that the mere mention of Putin’s name is enough to affect those who hear it: everything starts working properly as these people quickly try to put things in order and demonstrate their loyalty in every possible way.

People also joke about Putin being widely feared, particularly in the West. These jokes reveal two sides of the coin: on one hand, it is a defensive reaction to anti-Russian propaganda in the West that regards Russia and Putin as the world's main aggressor. On the other hand, it is a reaction to domestic propaganda whereby certain media personalities declare in a patriotic frenzy that Putin will teach everyone a lesson and that one shouldn't make him angry! 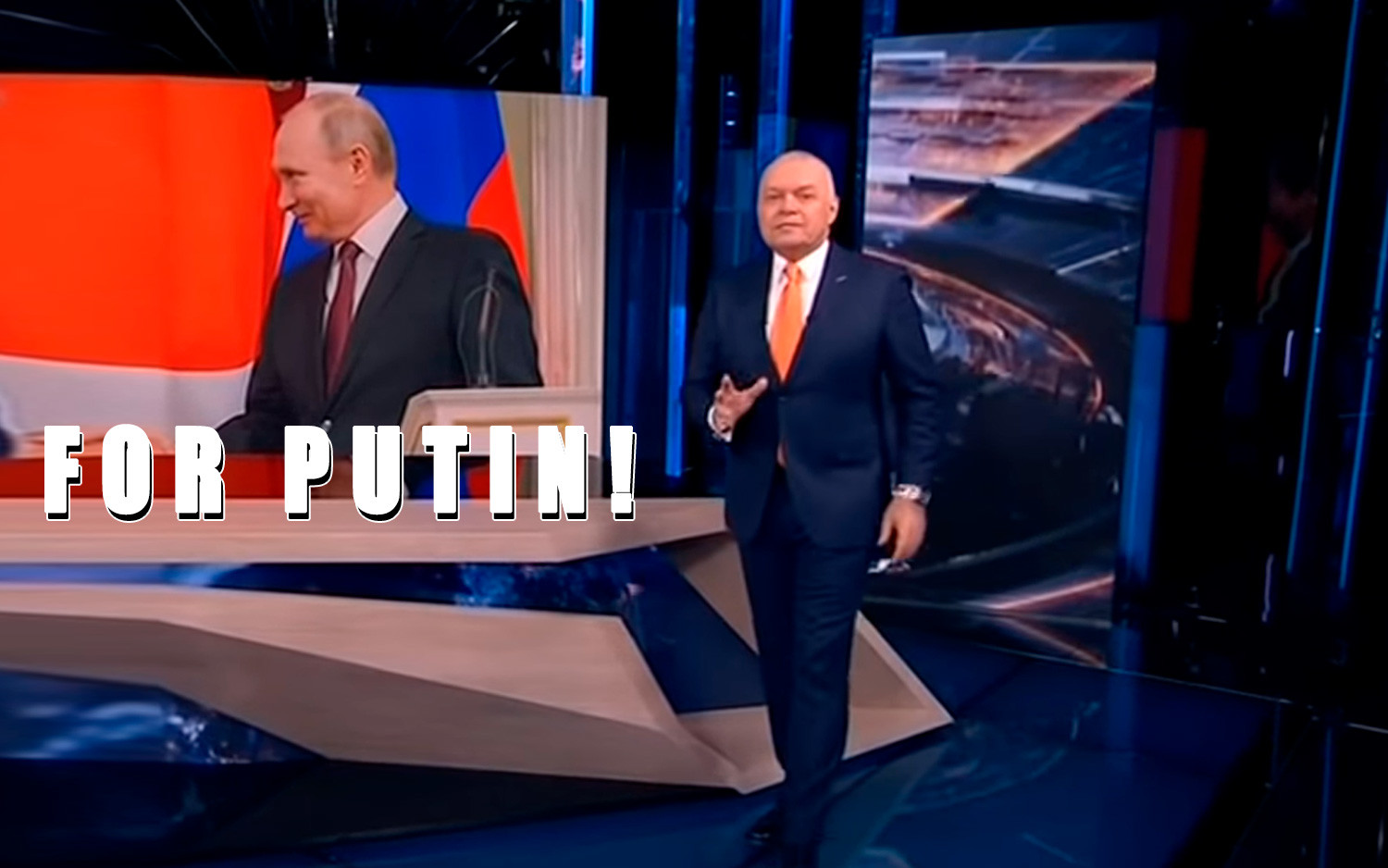 A screenshot from 'News of the week with Dmitry Kiselev'

Comedy shows on television often feature Russia and Putin as a strong man with an Iskander missile who rescues Lady Europe and his own girlfriends - the former Soviet republics – from NATO, which is portrayed as a , uncouth peasant who is trying to lure them away. 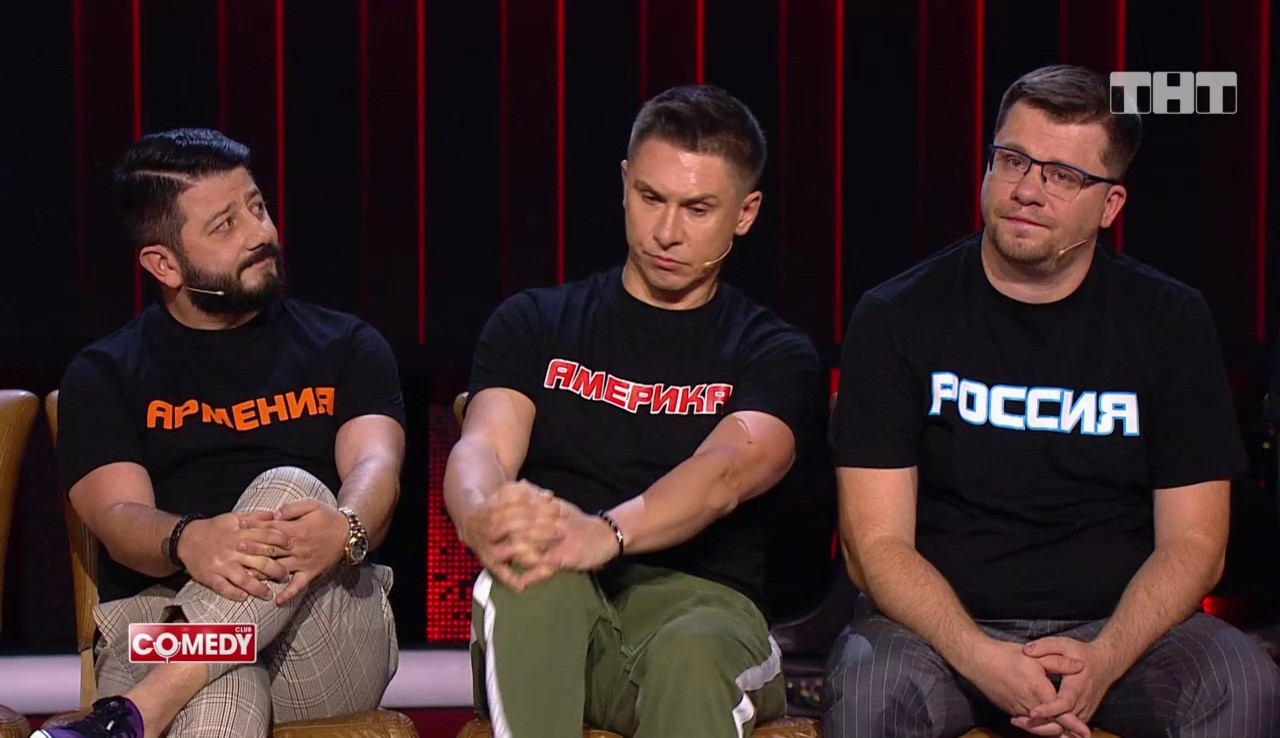 A screenshot from Comedy Club's video

Belarus receives its own share of jokes, but in a kind way, as if from an elder brother. Russians make fun of the fact that Belarus has plenty of potatoes and that Belarussians love them dearly as if they were a national treasure. 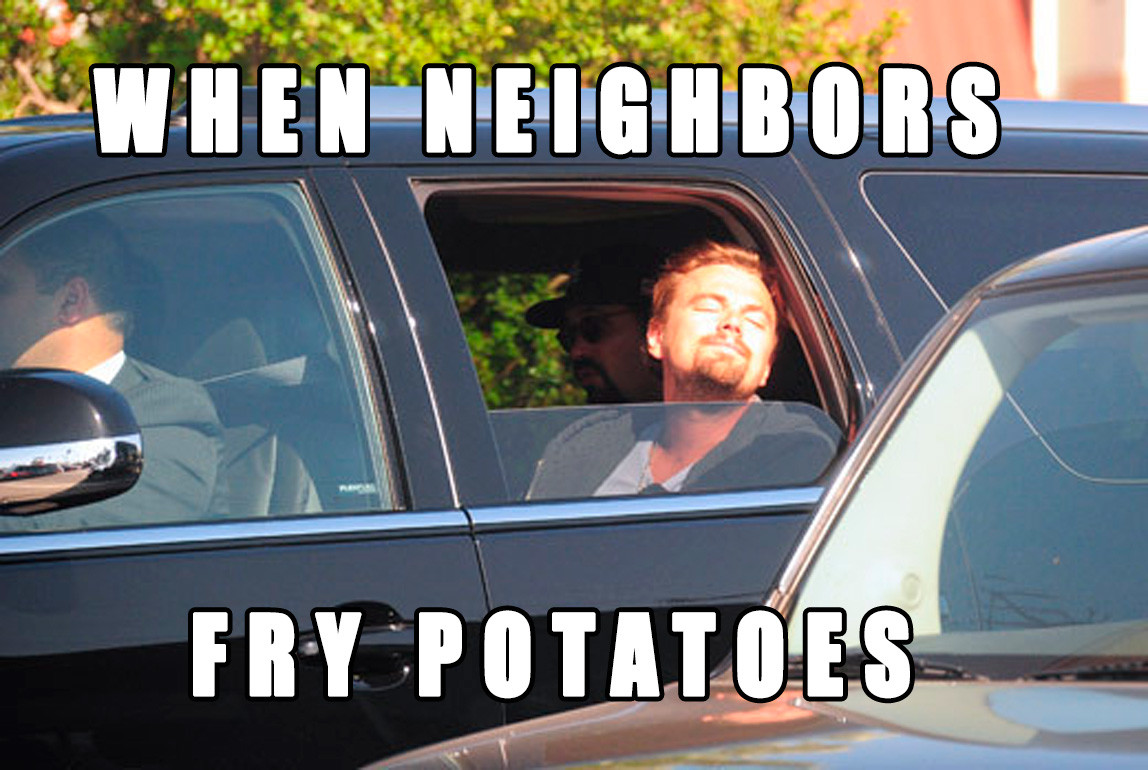 According to Russian comedians, Belarussian love for potatoes is only matched by their love for 'Batka' (father) – Alexander Lukashenko, who has been the irreplaceable president of the republic since 1994. 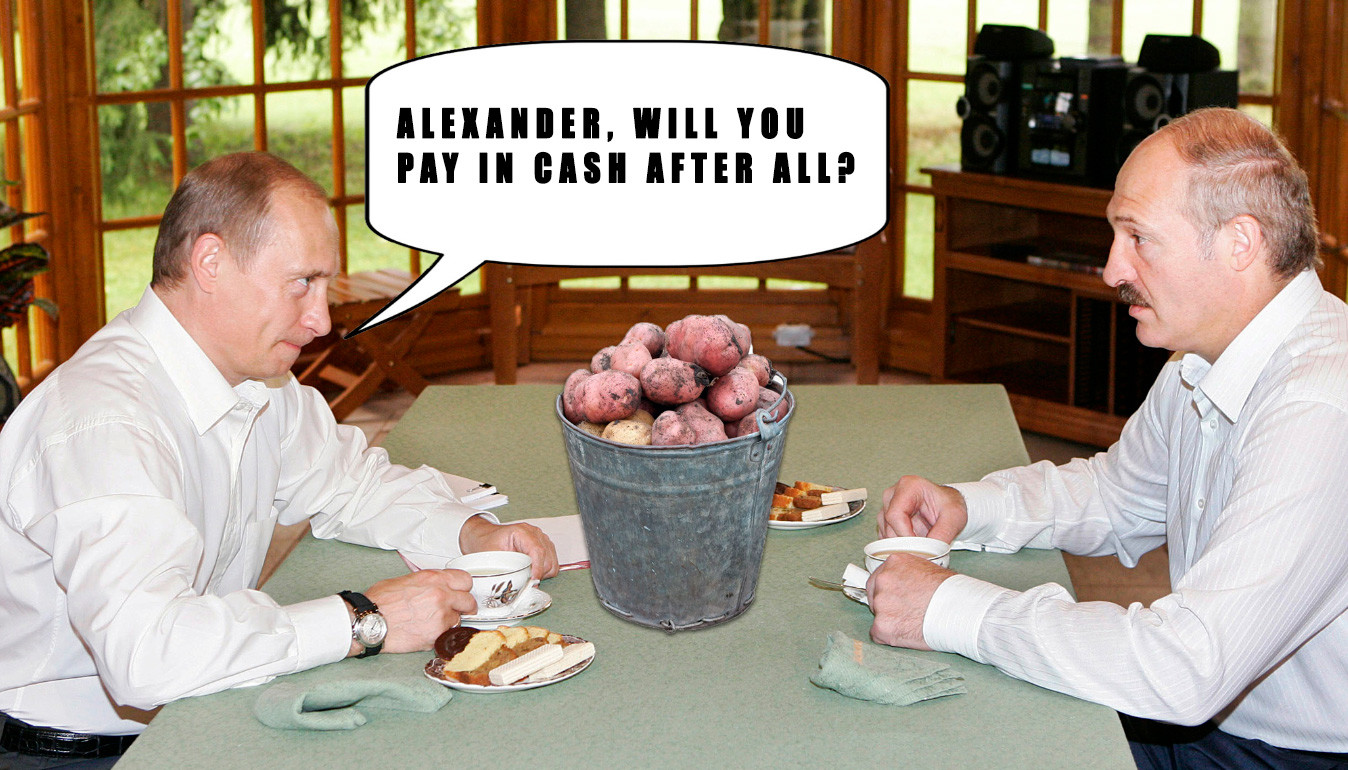 Laughing at blondes and women in general

We don't wish to get on anyone's bad side with this, but there indeed still are Russians joking about intellectually challenged blondes and 'female logic' in general. These days, however, that sort of humor raises noticeably more eyebrows than a mere decade ago. This is something that men invariably joke about in an attempt to get their minds around this incomprehensible phenomenon. "I am angry with you, but I can't remember why." Comedians give advice on how to behave with women: Even if you're right, still say you're 'Sorry'. 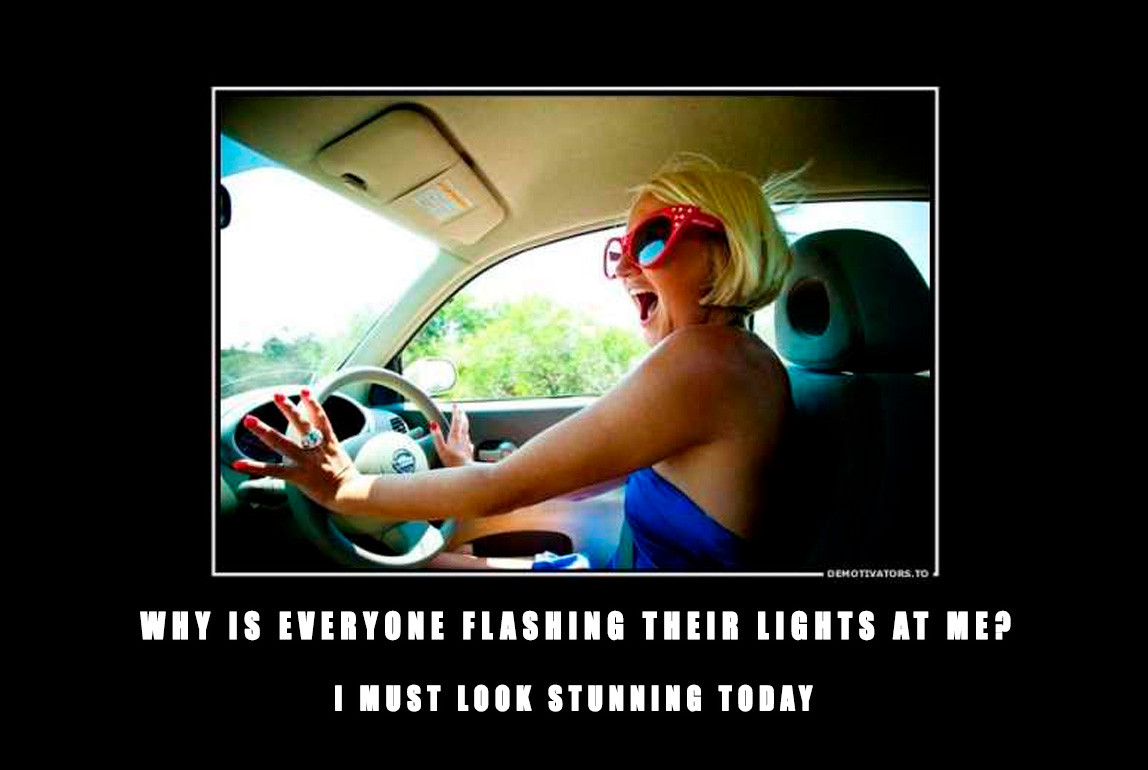 Women drivers and blondes behind the wheel are singled out as a special category to make fun of. They are portrayed as having gotten their driving licenses for money without passing the test; getting their car as a present from a rich lover; being unable to drive properly and having no idea how a car works describing all its parts and even the gearbox with the phrase, "this thing has broken down." They invariably paint their nails in traffic jams, and "if she puts on her left blinker, it does not mean she will turn left."

Comparing ourselves with Americans has been a favorite pastime since Soviet times. We feel we have to catch up and overtake them in everything. The way things are done in America is a kind of benchmark for Russians and an example to compare oneself with. "In America…" is a phrase by which a conversation often starts, whether it be about weapons, fashion, food or customs.

Popular stand-up comedian Mikhail Zadornov used to devote a lot of attention to Americans and even coined the phrase, "Dimwitted, aren't they!", telling funny stories about his travels in America, blunders involving Americans and strange American laws. 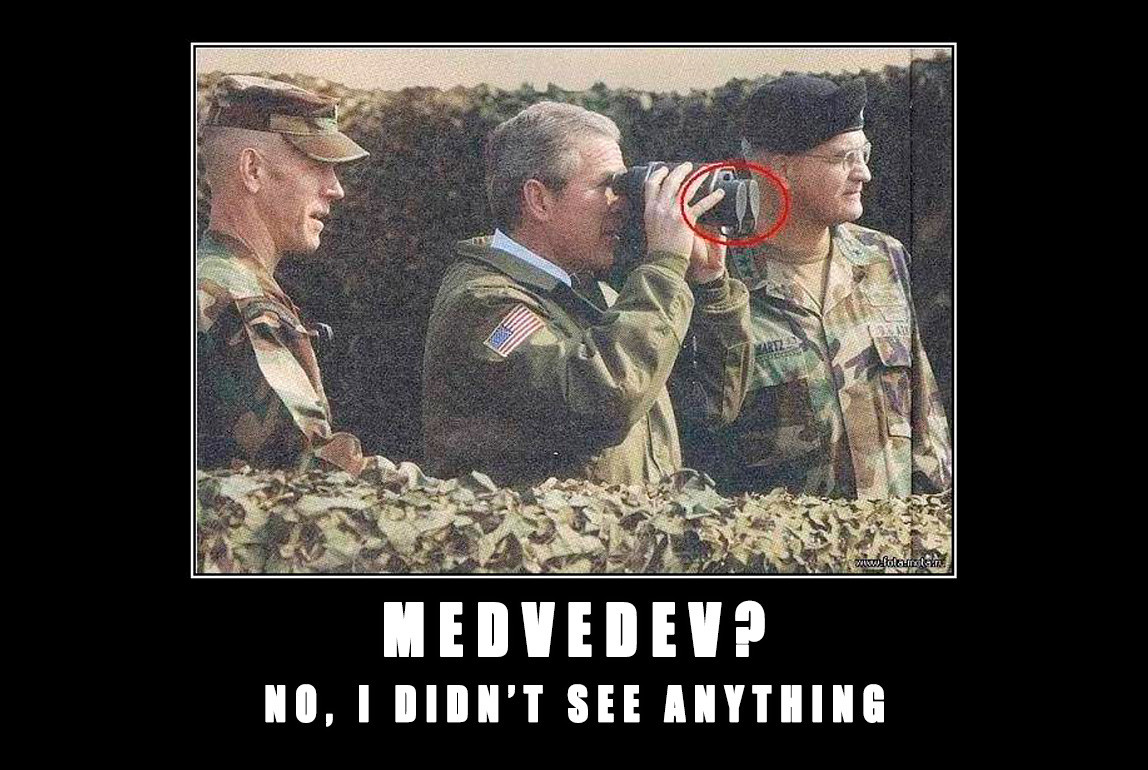 When the meme became popular, ordinary people started telling Zadornov their own stories about Americans, and he used some of them in his shows. For example, he was told that in one hotel an American had apparently tried to heat up a sandwich in a safe after having mistaken it for a microwave oven.

Zadornov, however, tried to explain that his satire had a double meaning. In the end, he was laughing at Russians who can't understand certain things about Americans. "It is we who are dimwitted when we copy them in something at which they are worse than we are!" the comedian said. Still, "dimwitted Americans," who are all the more incapable of understanding us Russians, is a notion that is firmly entrenched in the popular imagination. 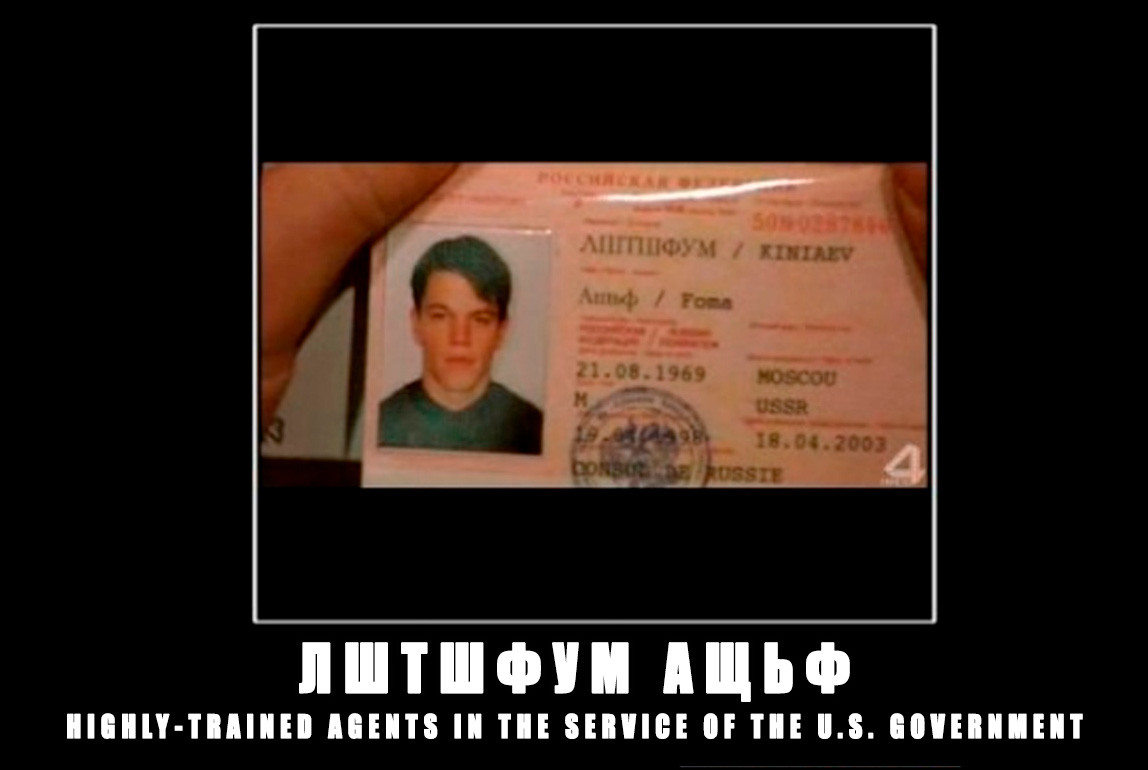