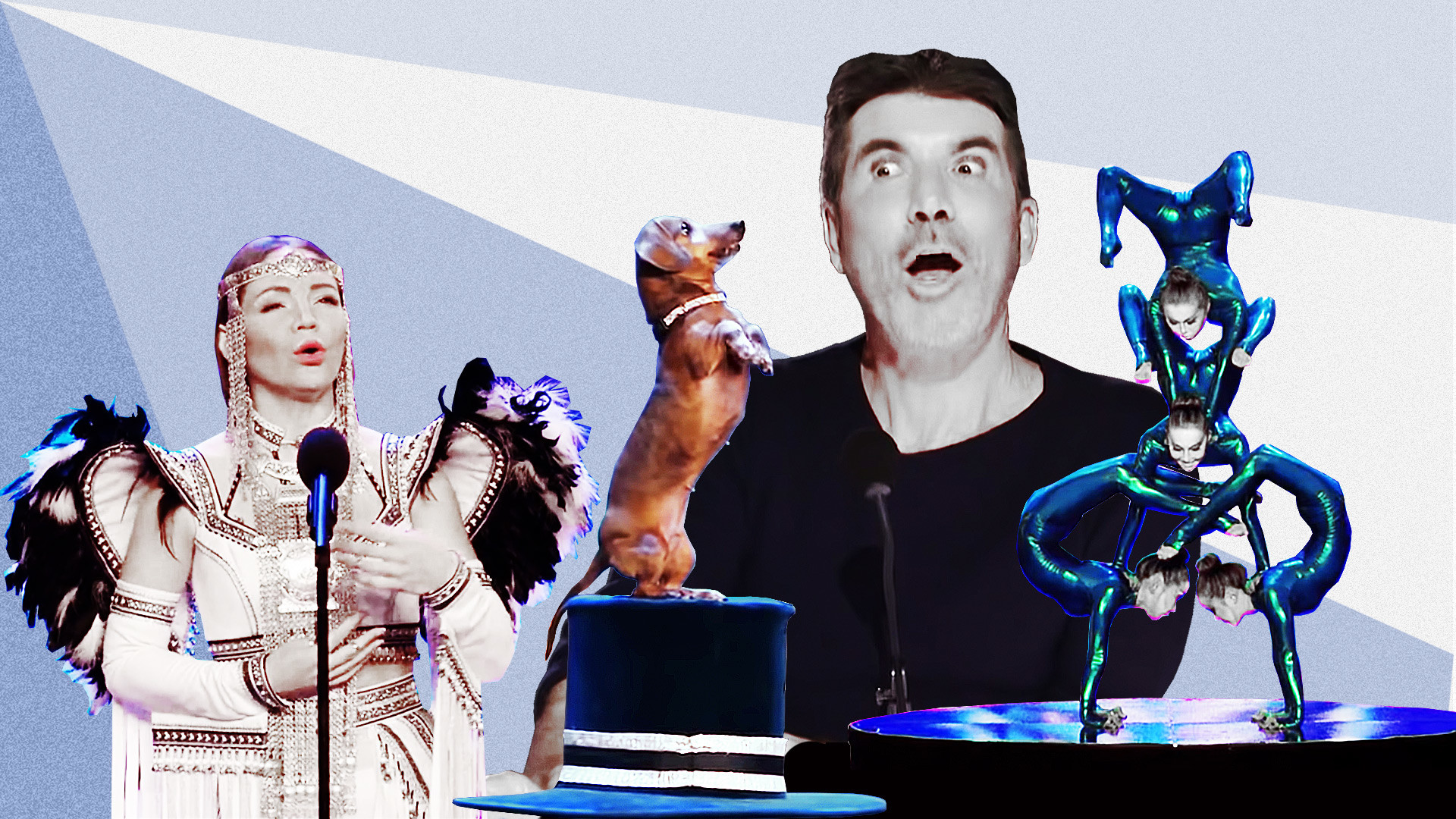 Kira Lisitskaya (Talent Recap, Talent Recap UK, Popcorn/youtube.com)
A modern take on Yakutian ethno music, incredible Buryatian contortion and Siberian glowing dancing were just some of the performances that won the hearts at ‘Got Talent’ shows in Europe and the U.S.

When Pavel from Moscow went on a stage of America’s Got Talent in summer 2021, he said that was going to perform with his wife, but, unfortunately, she was late for the flight. This speech made the judges a bit disappointed, but Pavel asked them for an opportunity to perform alone. And surprised them with his dance of mannequins! At first glance, it seemed like there was a couple dancing, but, in fact, it was only Pavel.

“He didn’t lie when he said he is an entertainer. I was so entertained. I didn't want him to stop,” commented users who watched this video.

Another one called it “one of the most original and entertaining acts on AGT since the show first aired”.

These four girls from Buryatia performed an amazing acrobatic act at Britain’s Got Talent in 2017. The Angara Contortion Group is also a performer for the Cirque du Soleil and is very famous in their homeland. Their incredible flexibility is beyond physics!

Have you ever heard Yakutian folk music? Olena Uutli showed the real ethno music from the coldest place on Earth at Britain’s Got Talent in 2018 and won the judges’ and viewers’ hearts! She performs the sounds of nature, from birds chirping to the trampling of horses - with a modern rhythm. Sounds simply astounding.

4. Dancing in the light

The dance crew UDI (acronym of the names Yury, Denis, Igor who based the team) from Tomsk, Siberia, have been finalists of many international talent shows, including in Russia, Ukraine, Britain and Israel. At America’s Got Talent in 2018, they performed a glowing dancing show that tells the story of the confrontation of light and darkness.

The judges of Britain’s Got Talent in 2019 had some difficulties pronouncing his name, but the viewers were charmed by his amazing voice. Gennady Tkachenko-Papizhl is a Russian musician who has taken part in ‘Got Talent’ shows across the world and was the golden buzzer in Germany and Georgia. His vocals remind of the echo in the mountains mixed with folk melodies.

“I get goosebumps every time I hear him,” commented viewers.

Another viewer called his performance “pure inspiration from the universe”. What do you think?

Duo Danil Kalutskih and Valentin Chetverkin perform the most famous acrobatic show in Russia. The athletes are European and World champions in gymnastics and the participants of international circus festivals. Just look at their balancing performance at Britain’s Got Talent in 2019!

Ekaterina Shelenova is a professional opera singer. Born in Kaliningrad, she now lives in Milan and is engaged in classical and modern music. In 2021, she tried herself at Italy’s Got Talent - and judges were really impressed by her voice. She performed her own improvisation based on Far Northern folk music.

“From the first seconds I got into another universe,” one viewer commented on her act.

Diana Vedyashkina from St. Petersburg didn’t sing or dance, but she performed together with her little pets - five dachshunds. The YouTube video scored millions of views! People who used to deal with this breed know that it’s very hard to train them. But she managed to make it with five dogs at one time.

9. Opera by a “typical Russian”

Can you believe that this guy, who has such a wonderful opera voice, has a day job as a security guard at an alcohol warehouse? Alexey Gusev from Russia now lives in Glasgow (“typical Russian” as he joked to Simon Cowell) and decided to show his talent at Britain's Got Talent in 2020.

A Chechen teen dance band called Lovzar performed at the ‘Poland’s Got Talent in 2017. This rhythmic traditional dance of Lezginka is actually very difficult and takes a lot of energy. Take a look at their movements! High level!