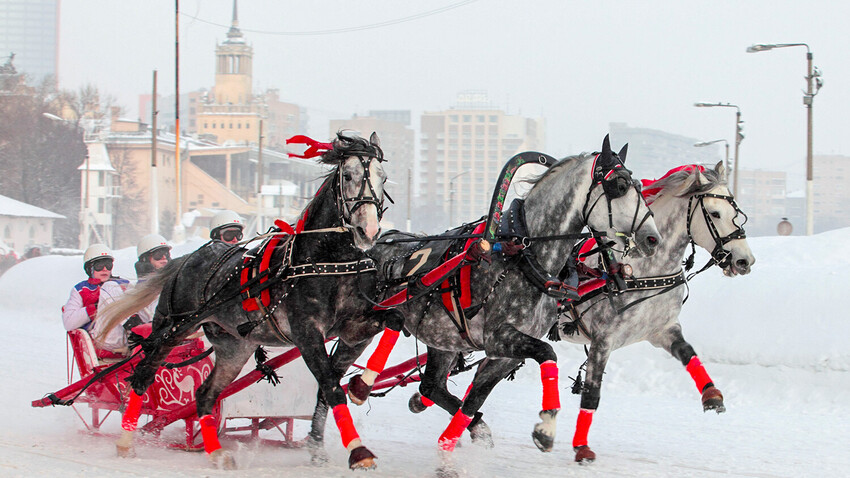 Legion Media
Russians have been fascinated by horse racing since the early 1830s. Their love for the game has definitely stood the test of time, and it’s easy to see why. The sport is filled with fun, excitement and learning activities for the whole family. 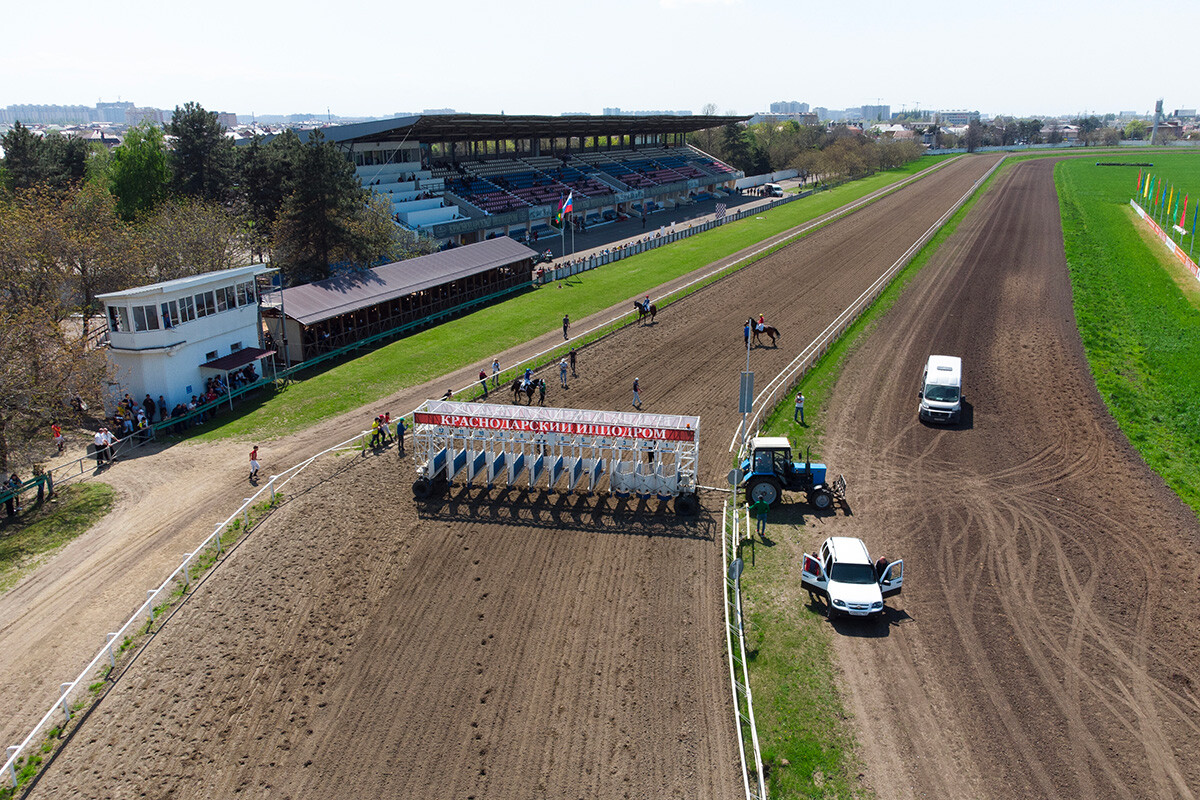 Thoroughbred horses, the Arabians and the Akhal-Tekes call the Krasnodar course their home. The history of the venue goes back to 1868 when the first equestrian competitions of Kuban (the sun-stroked geographic region in southern Russia, on the Black Sea) were held here for the very first time. The Ataman of the Kuban Cossacks and the Governor of the region, Count Sumarokov-Elston, established annual horse races to encourage horse breeding and the development of equestrianism in the country. 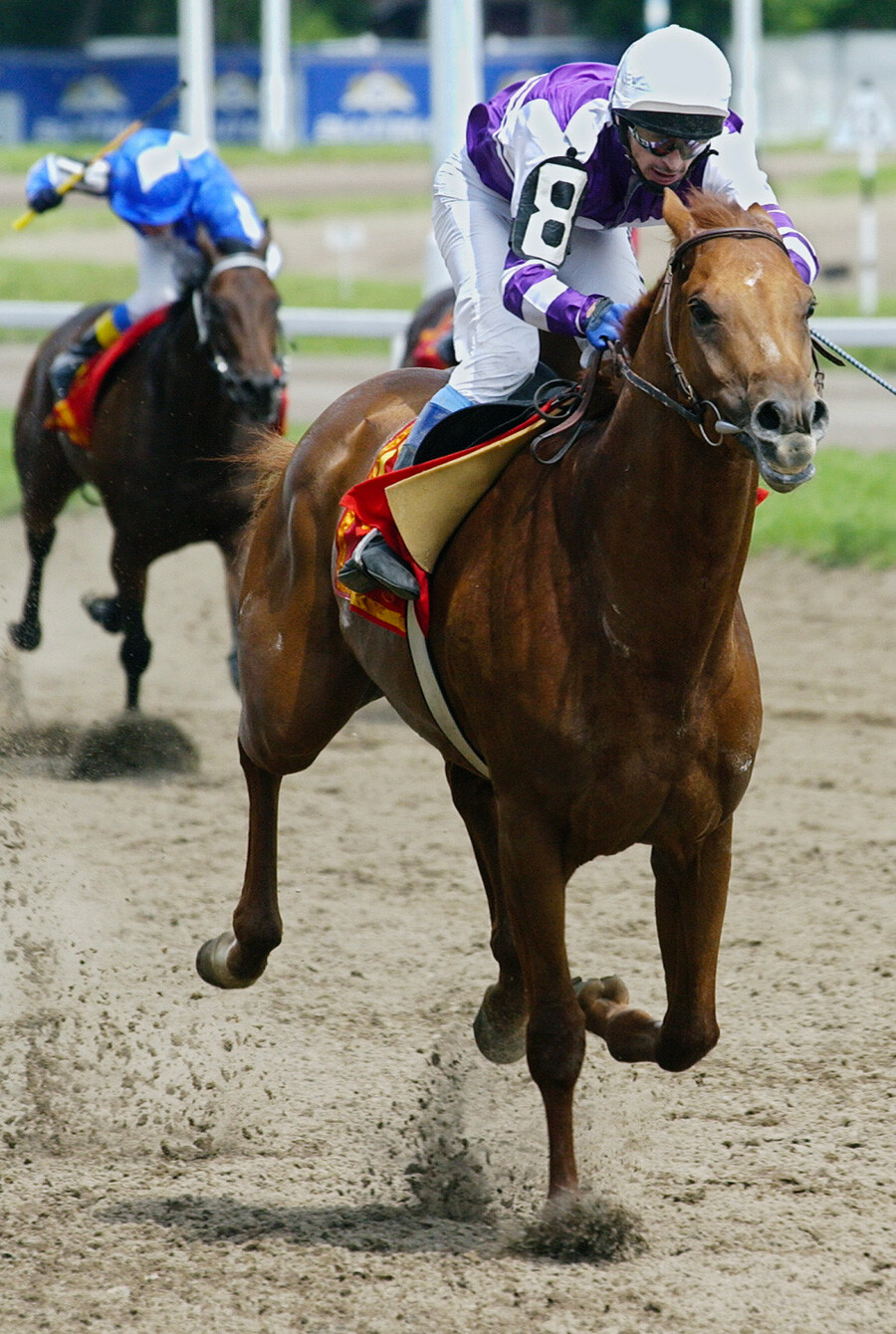 Some 150 years later, it seems like his horse-friendly policy is still a success, with horse racing attracting healthy crowds of people hoping to see a spectacular show.

One of the oldest and largest horse racetracks in Russia, the Pyatigorsk venue officially opened in 1885. The course in Stavropol Region is located on the outskirts of the southern city of Pyatigorsk, some 1,500 km from Moscow. 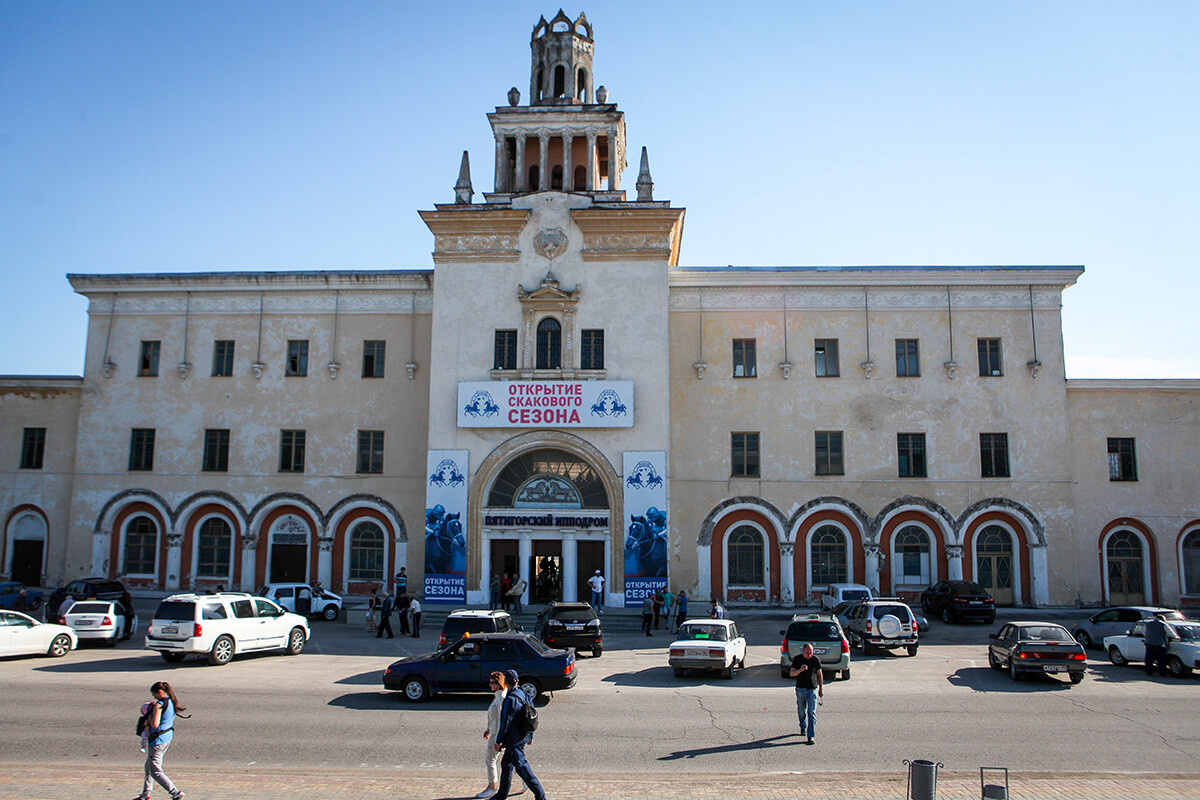 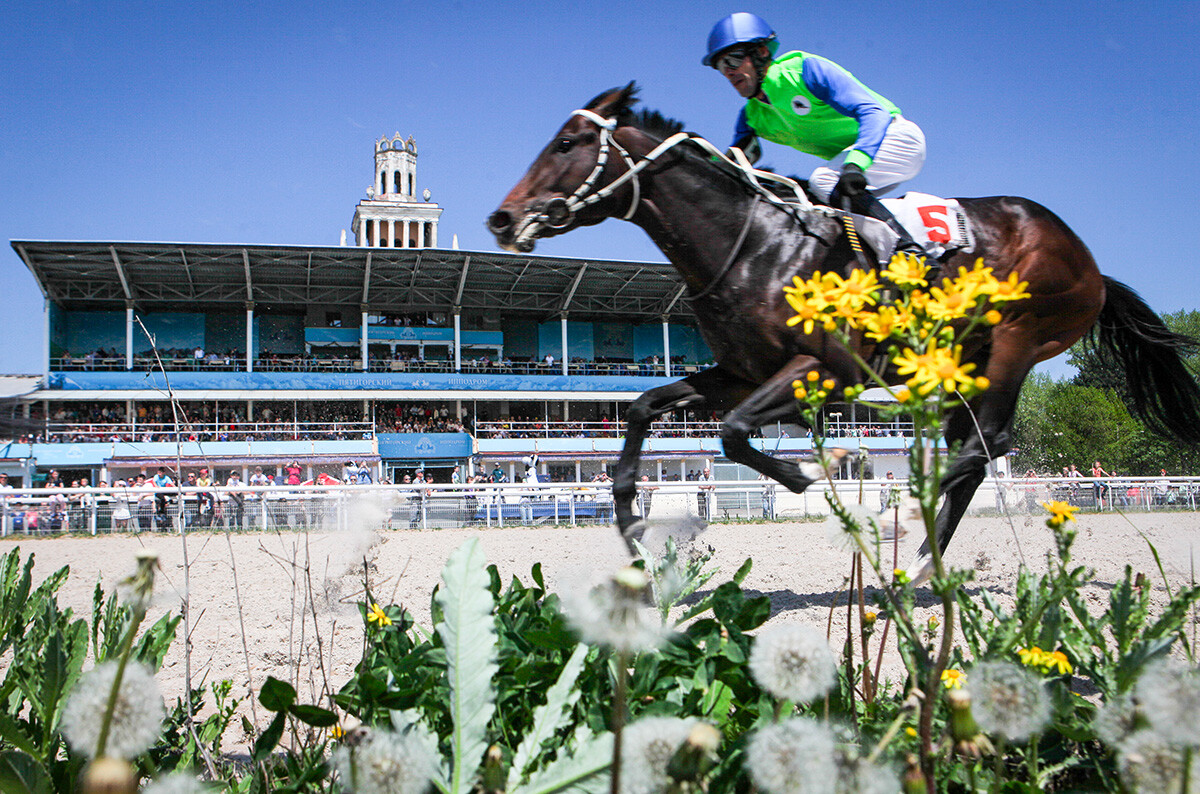 In the summer, the spacious racing track, surrounded by the mountains and bleached by the southern sun, hosts some of the most exciting horse events.

A brand-new equestrian center opened in the Chechen capital of Grozny in October 2021. 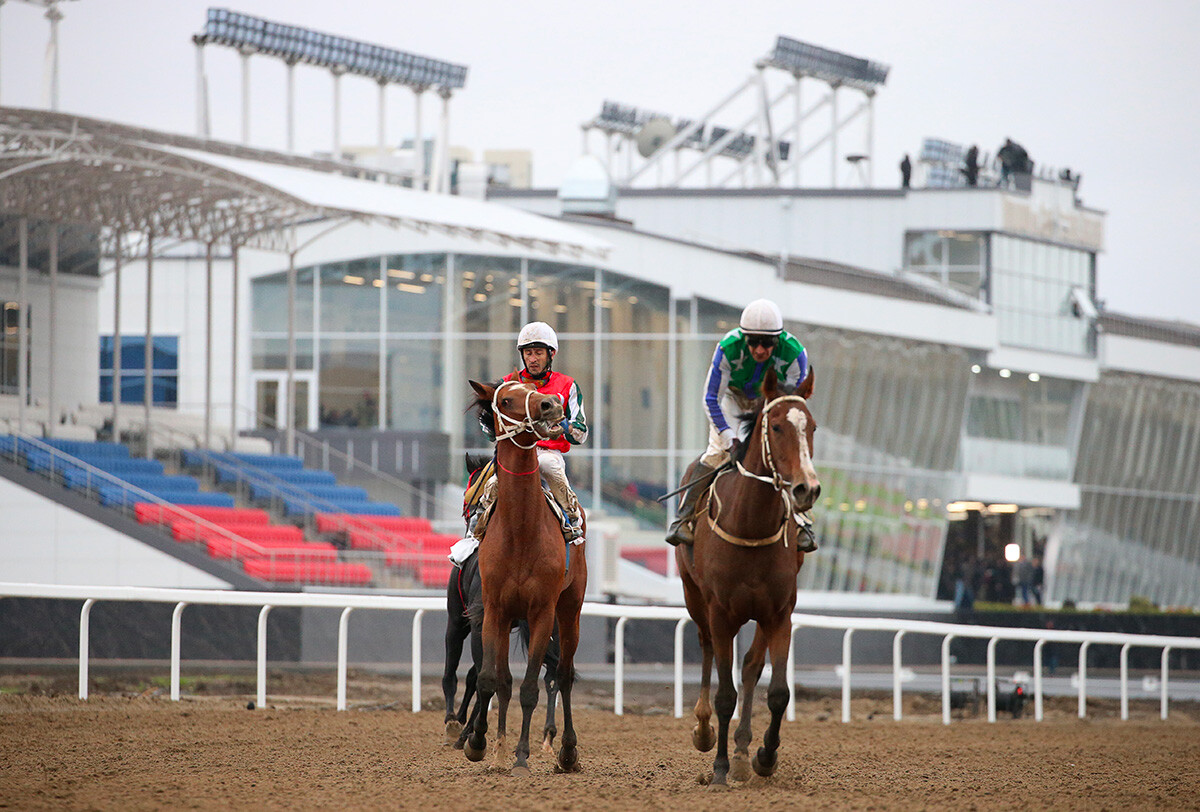 According to the TASS news agency, the new course is poised to become one of the major sporting venues in Russia and has a capacity of 3,000 horse fans. It will be home to thoroughbred horse races.

The new facility boasts a vet center, a variety of buildings and riding areas, stables and sheds, as well as indoor and outdoor pools just for the horses. Wannabe cowboys will have a chance to take a lesson in horseback riding. 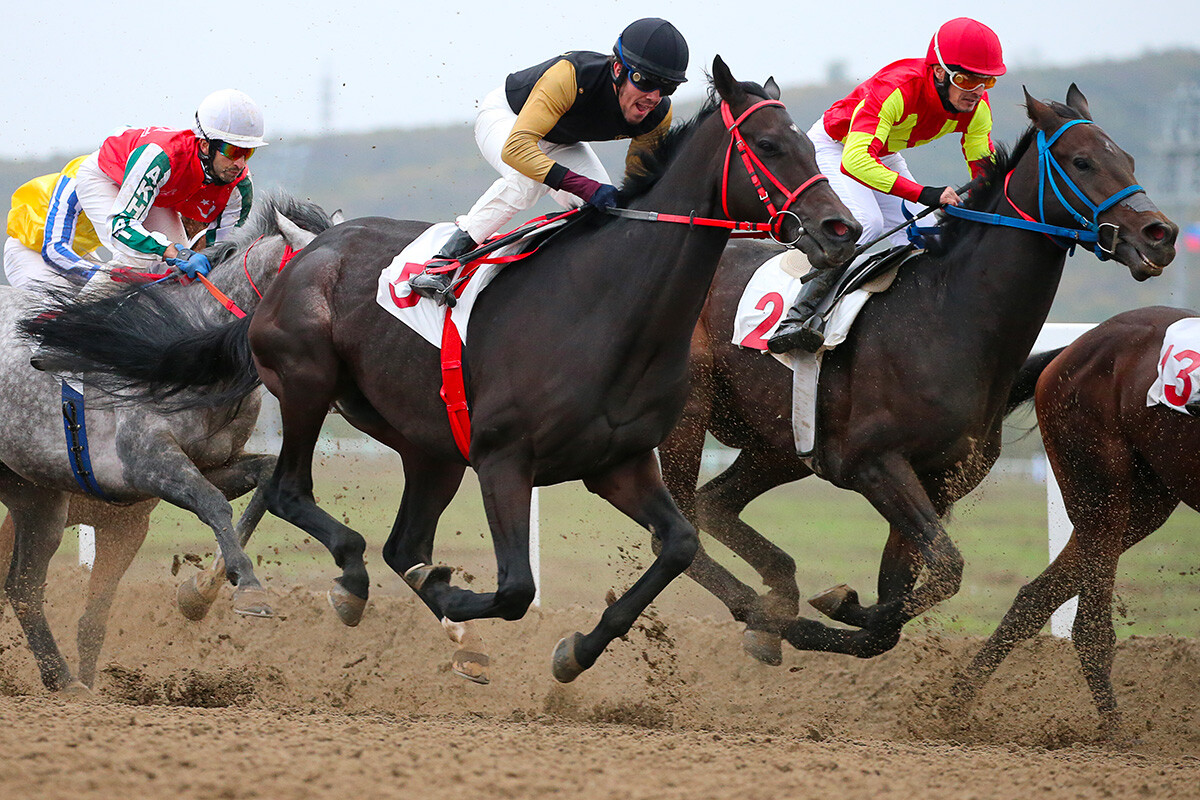 Horse enthusiasts will also learn safety, horse care, saddling, trail rides and other activities. It’s common knowledge that horse-riding is great cardiovascular exercise that will tone your stomach and legs.

The history of the Kazan racetrack dates back to 1868, when the first horse races were held next to the large and beautiful Kaban Lakes. 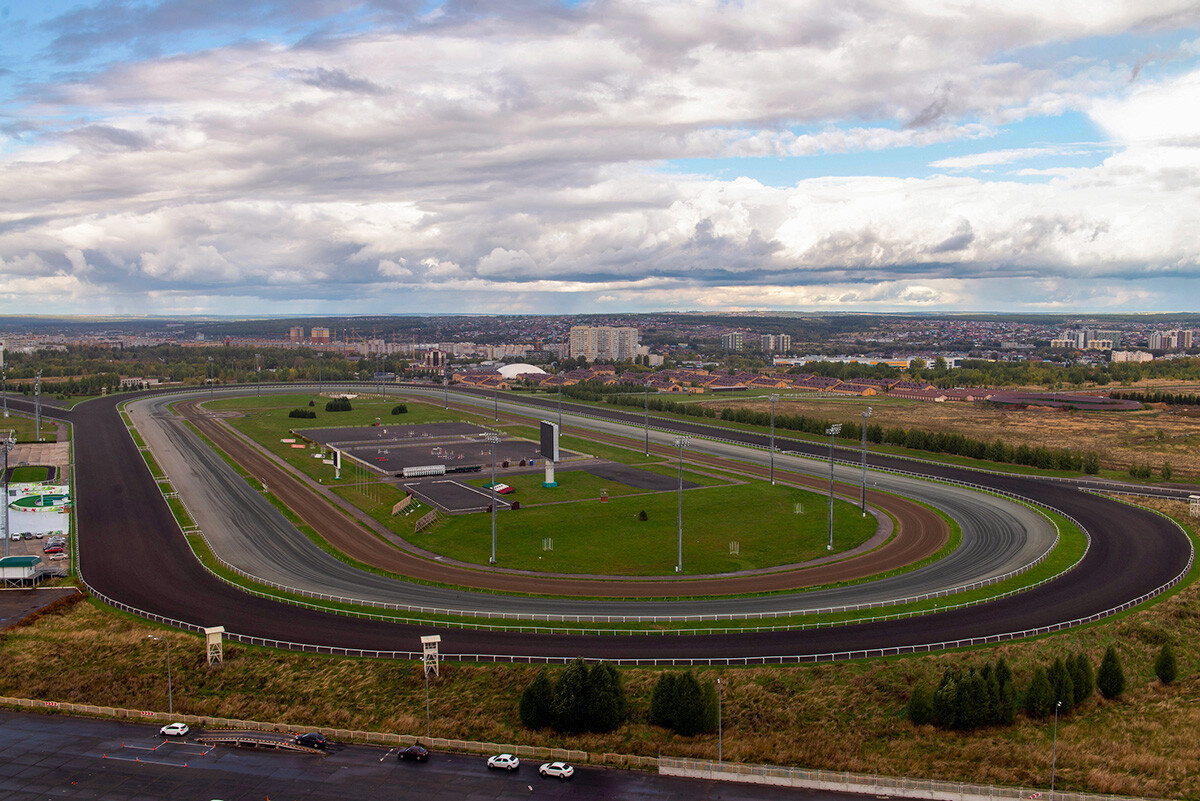 As the centuries passed on, architectural forms evolved and expanded, adapting to the new reality on the ground. There are twelve stables at the facility, where race horses live and train. 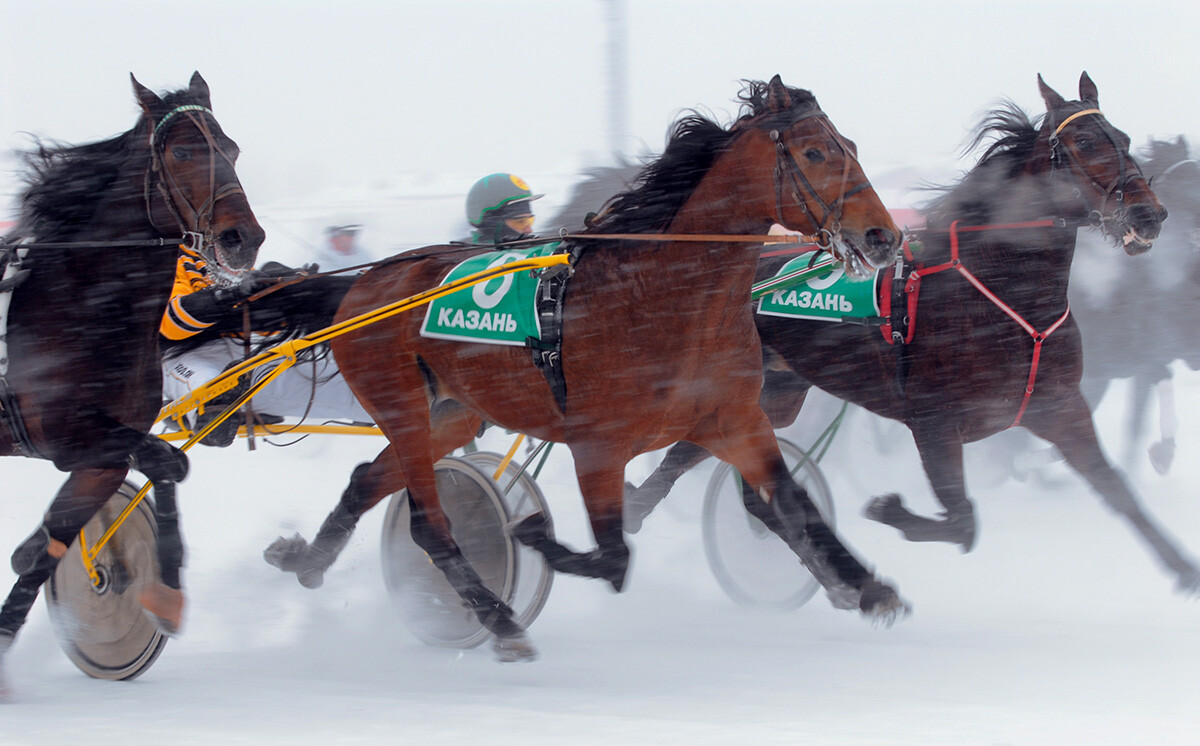 Numerous horse races regularly take place at the Kazan race track, large enough to accommodate some 6,000 spectators. With a total area of nearly 90 hectares, it’s the largest in Russia and one of the largest in Europe. There’s also a horse racing museum that showcases decades of horse riding in Russia.

The so-called Moscow Hippodrome is a major historic landmark and tourist attraction. The first horse races were held here back in 1834. 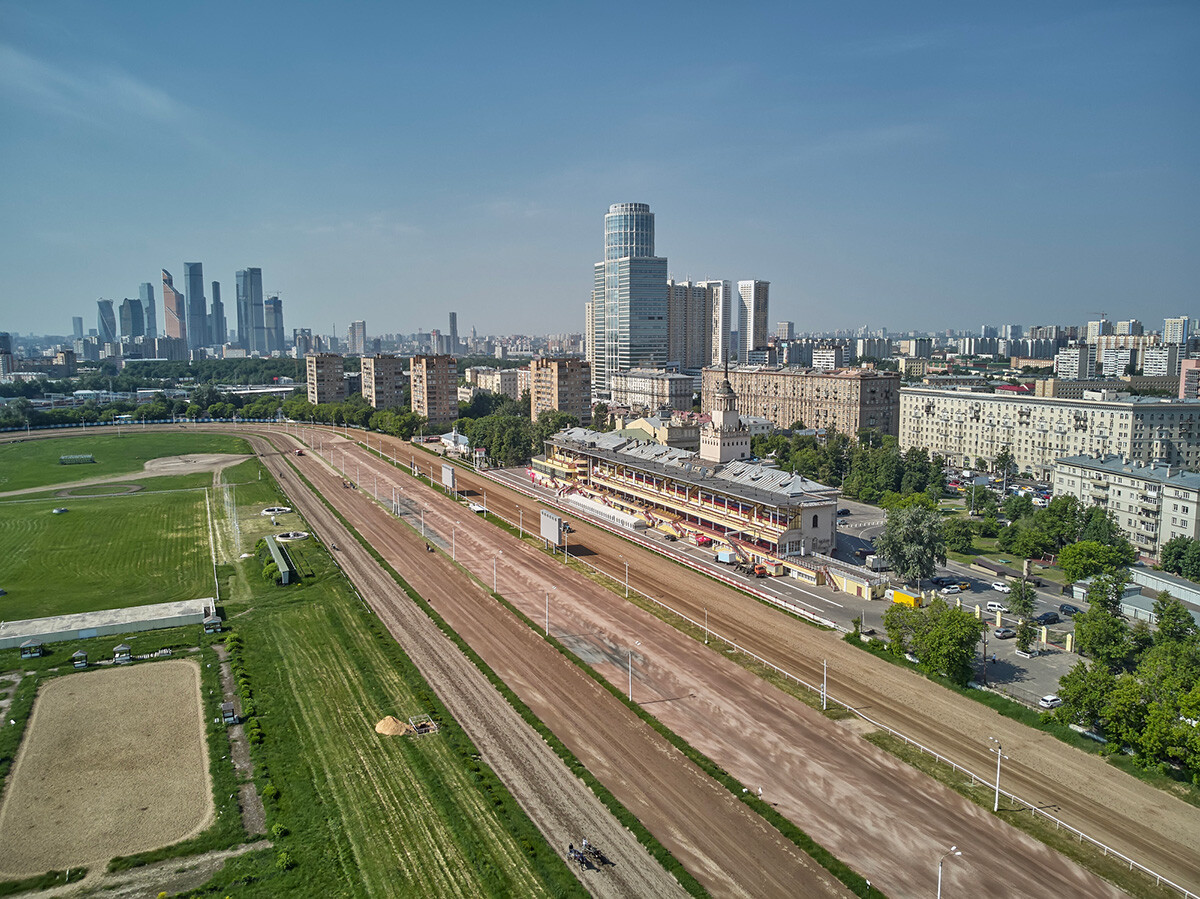 The Moscow racecourse has enjoyed a long association with the Romanov Royal family. Alexander Nikolaevich Romanov (the future Alexander II) visited the horse track in 1837. In 1851, the horse races were held exclusively for Emperor Alexander II, Grand Duke Nikolay Nikolaevich (Nicholas II’s first cousin once removed), as well as Prince Karl of Prussia and Grand Duke of Saxe-Weimar.

But horseracing didn’t draw only men. In 1876, Maria Fyodorovna, the wife of Russian Emperor Alexander III, attended a horse race. The same year the first horse track betting tote boards were launched at the Moscow racecourse. 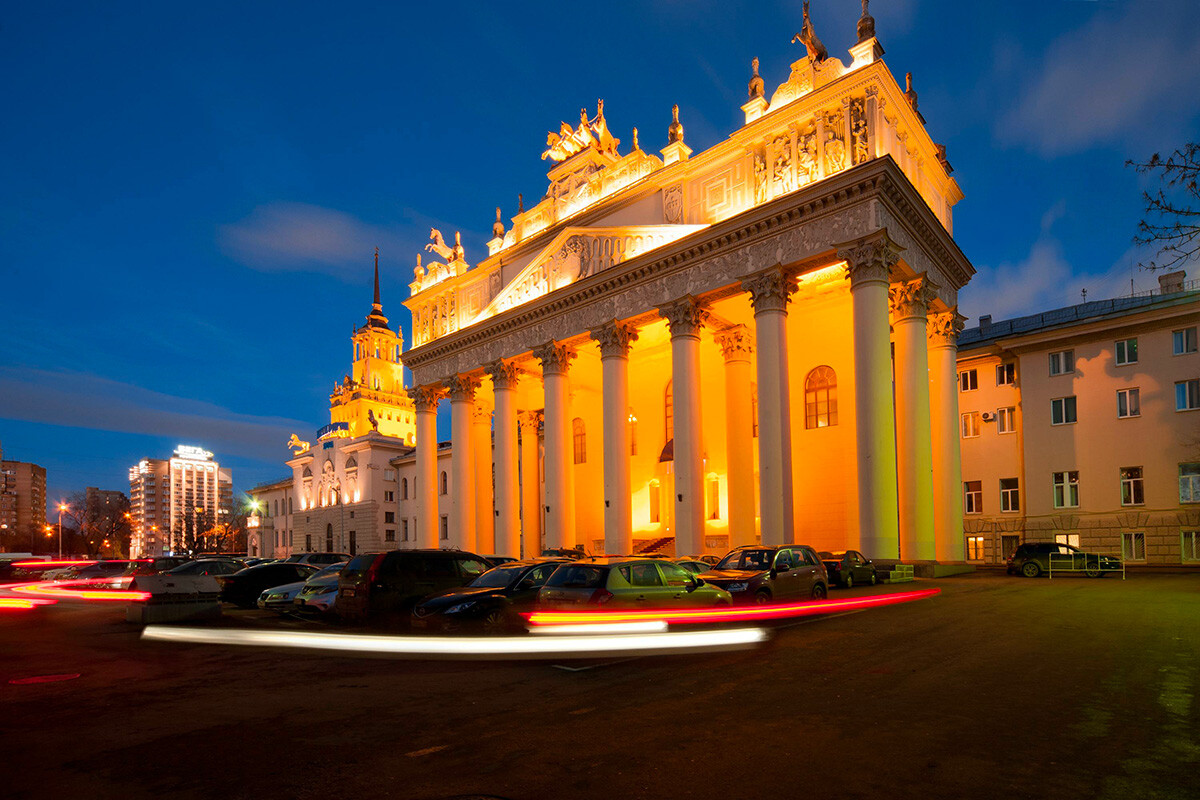 Following the 1917 Bolshevik Revolution, when Russia was split by the Civil War, Vladimir Lenin addressed the proletariat at the Moscow racecourse, which was mainly used as a venue for political rallies back at the time. When the Great Patriotic War broke out, the shouts of jockeys had to be interrupted once again, with the horse facility evacuated first to Kuibyshev (now Samara), and then to Sverdlovsk (now Yekaterinburg) for safety reasons. In 1949, the building and the stalls were burned almost to the ground. 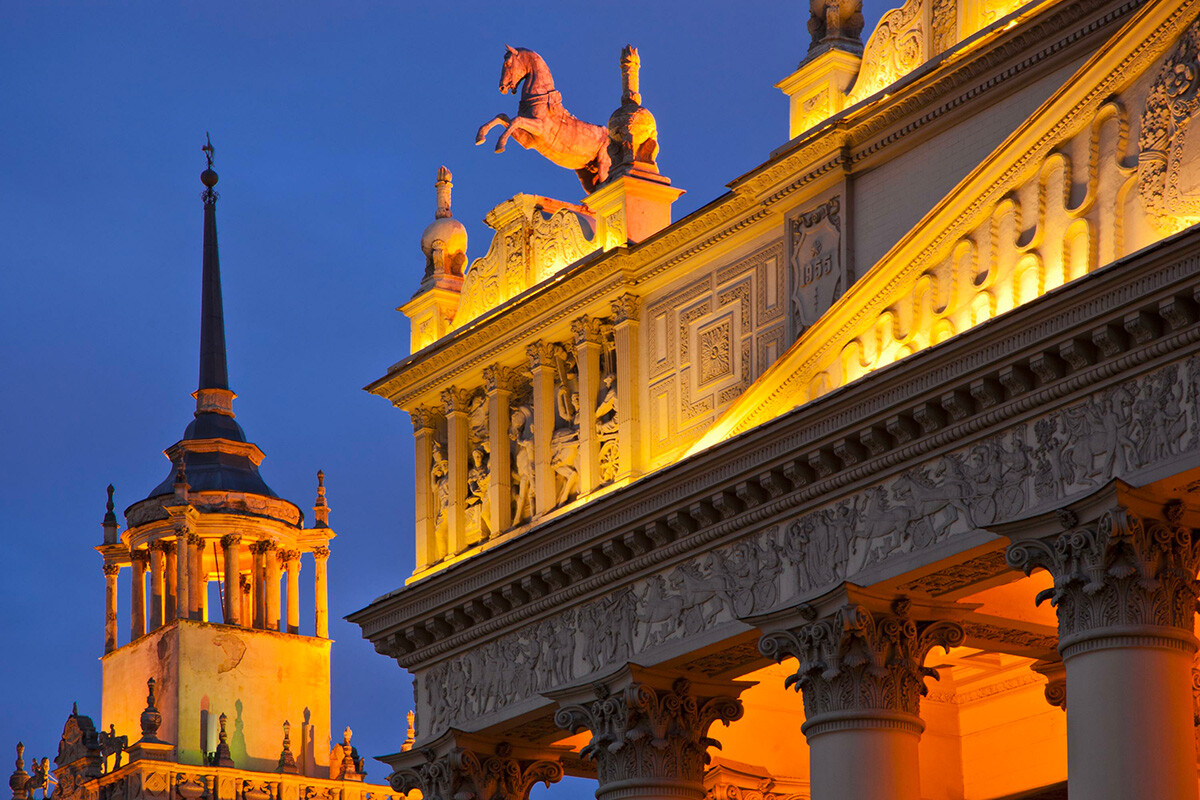 In 1955, legendary Russian architect Ivan Zholtovsky designed the new building, considered a jewel of Soviet architecture. The Moscow Hippodrome, which can accommodate 3,500 spectators, has become the city’s signature postcard image.

READ MORE: 5 foreign embassies that are marvels of old architecture in Moscow

Some of the most popular races it hosts these days are the President’s Cup Horse Race in the summer and the Russian Troika Championship in winter. The traditional troika (a sleigh drawn by three horses) emerged in Russia in the 18th century, with the first race held in Moscow in 1847. 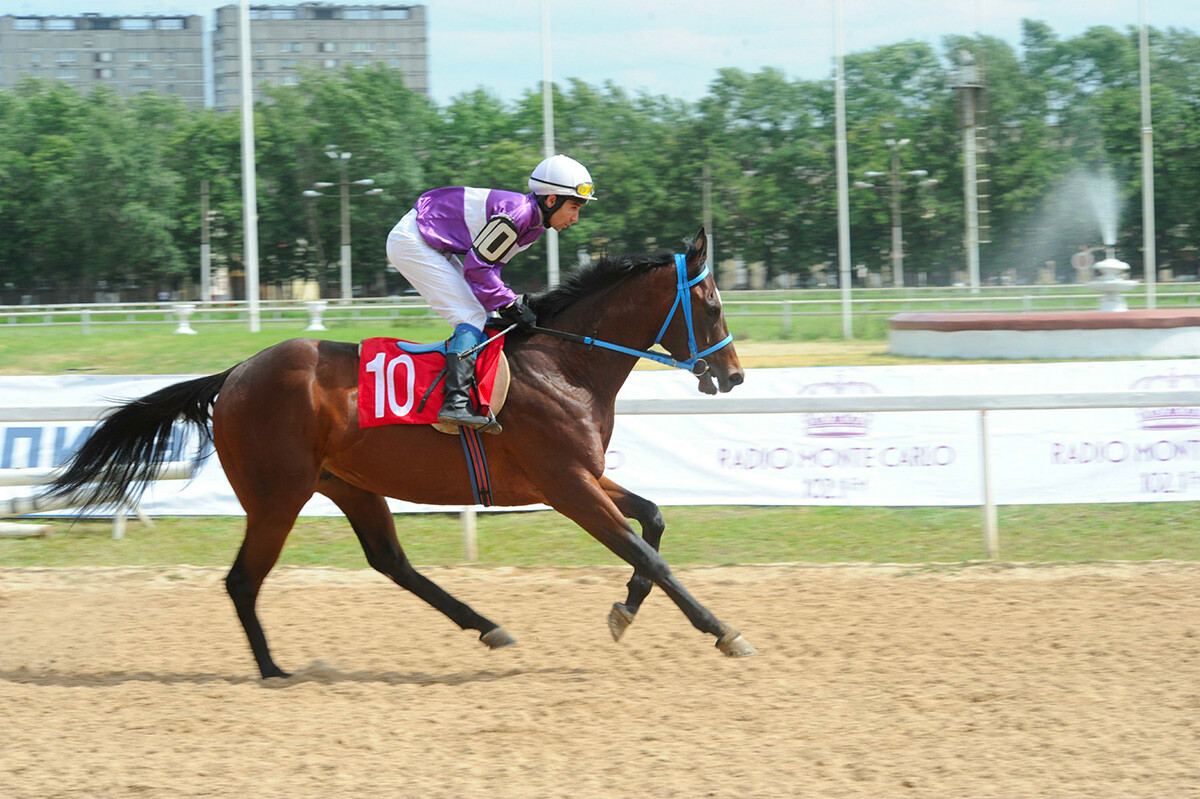 It’s still a great show for families looking for a fun way to shake off the winter blues.