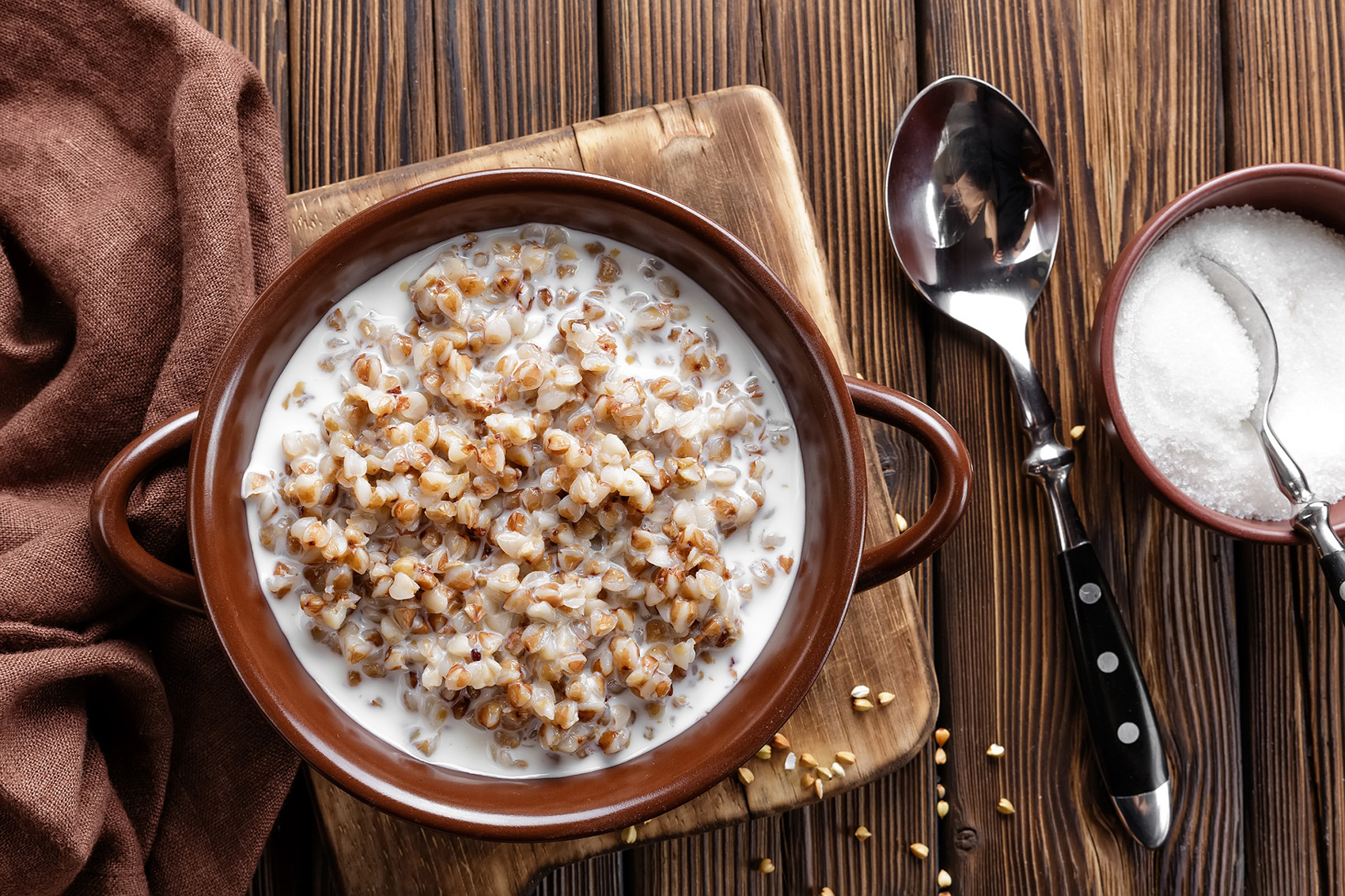 Buckwheat porridge is a true symbol of Russian cuisine – no other country consumes as much of the stuff as Russia does. Yet Asia is considered the birthplace of buckwheat. Wild buckwheat was discovered by monks on the slopes of Tibet and the Himalayas, but in their homeland the plant did not acclimatize all that well. The grain was brought to Russia by merchants in the Middle Ages, and by the 16th and 17th centuries the crop had spread far and wide across the territory of modern-day Russia, Ukraine, and Belarus.

Read more: 7 types of Russian porridge to kickstart your day 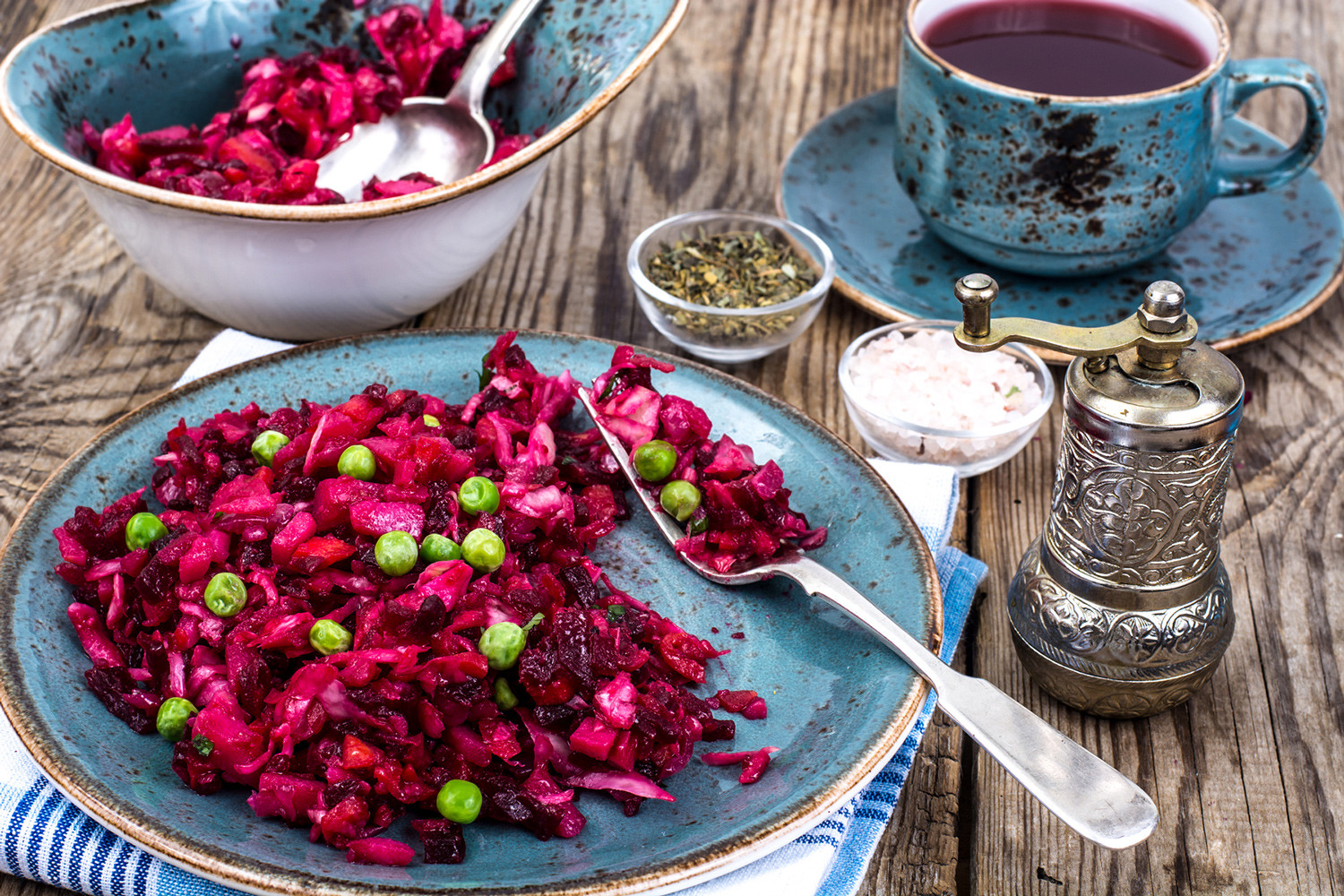 Some think that this salad of boiled vegetables with mandatory pickles was invented a long time ago, but that’s not so. It was first made only in the 19th century, and the recipe was borrowed from an English cookbook of 1845, which described a dish very similar in composition called “Swedish salad” that also made use of herring. In Russia, the fish element was removed and replaced with pickled cucumbers and sauerkraut. As for the name, there are several versions as to its origin. According to one, it is the diminutive form of vinaigre (French for “vinegar”). Hence, “vinaigrette” means something like “little vinegar” and refers to the salad dressing of the same name, which is made from vinegar and oil.

Read more: 10 Russian beetroot dishes worth trying at least once a lifetime 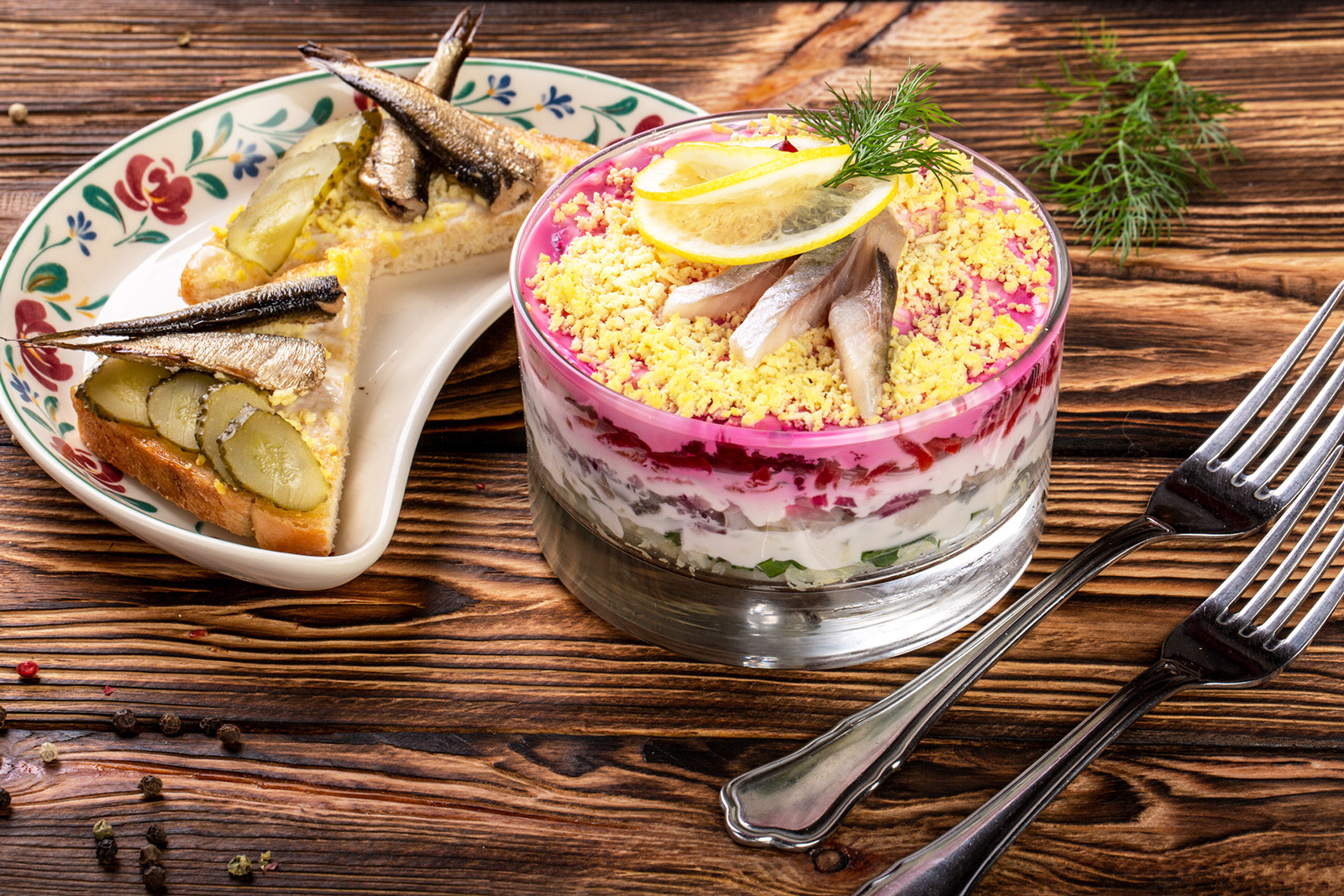 Another popular Russian beetroot salad, considered the pride of Russian cuisine, this too has Scandinavian roots. Although legend says that this New Year dish was invented in the early 20th century by Anastas Bogomilov, a Russian innkeeper, the combination of salted fish and boiled vegetables was already a staple in Germany and Norway long before then. The Soviet contribution was merely to make the dish in layers and drown it in mayonnaise. The name shuba (“fur coat”) is rumored to have been derived in the 1920s from the fact that the Cyrillic letters Ш.У.Б.А. (Sh.U.B.A) form a somewhat contrived acronym of the phrase “Boycott and Anathema to Chauvinism and Decline.” In any case, the name was later simplified (or rather lengthened) to selyodka pod shuboy (“herring under fur coat”). 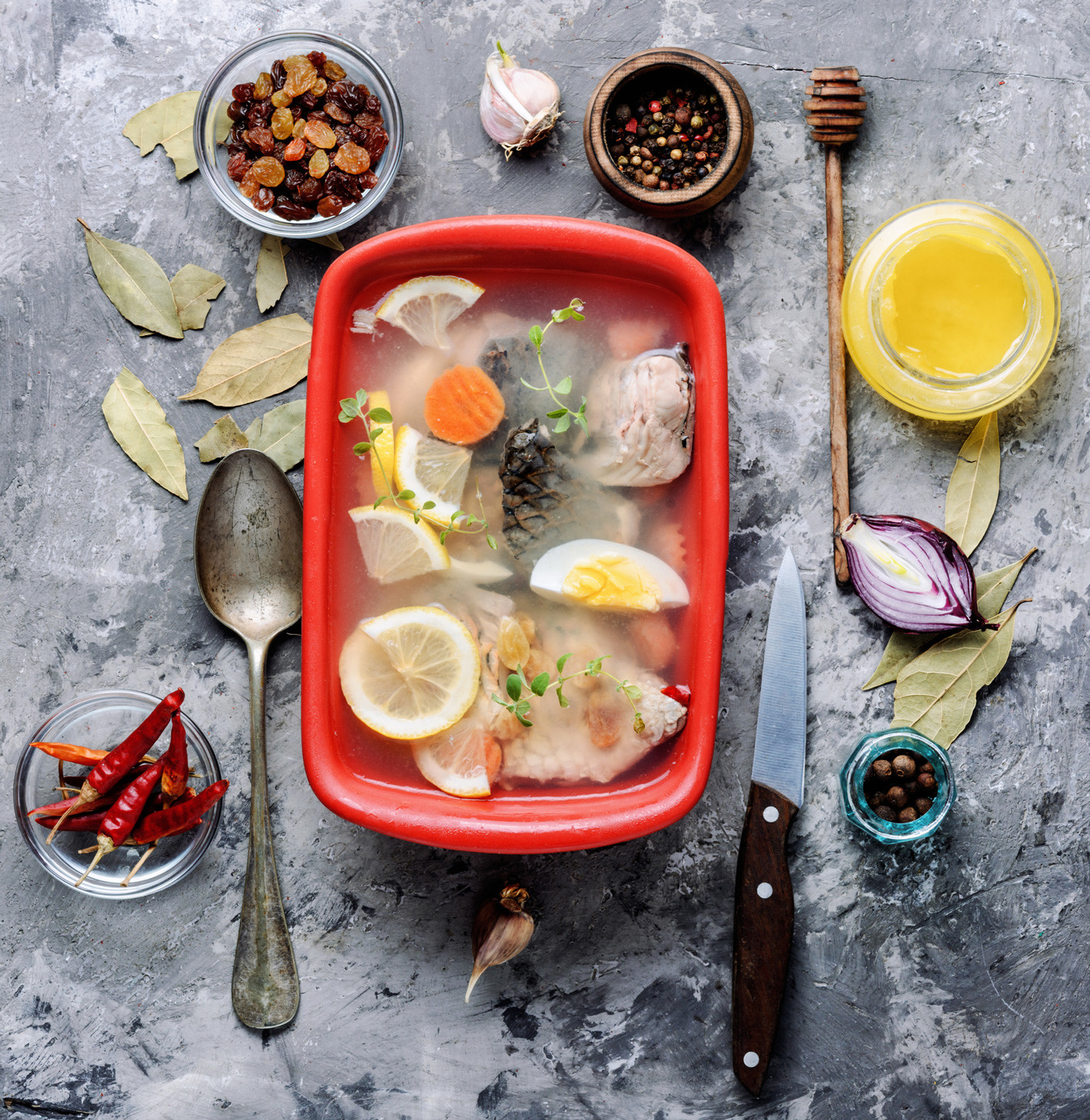 Another New Year dish, one that strikes fear into the heart of many foreigners,kholodets is a sinister-looking jelly or aspic. Yet there is nothing particularly Russian about it; similar dishes are found in the cuisines of many nations. Drozhalka (“shaky thing”) made from saturated meat broth is prepared in Georgia, Poland, Serbia, Romania, Latvia, Moldova, and Ukraine. But the ultimate source is believed to be Western Europe, since the Russian word studyen (“meat jelly”) comes from the German word Sülze, while the French were the first to have the idea of adding vegetable roots and boiled eggs to the rich broth. 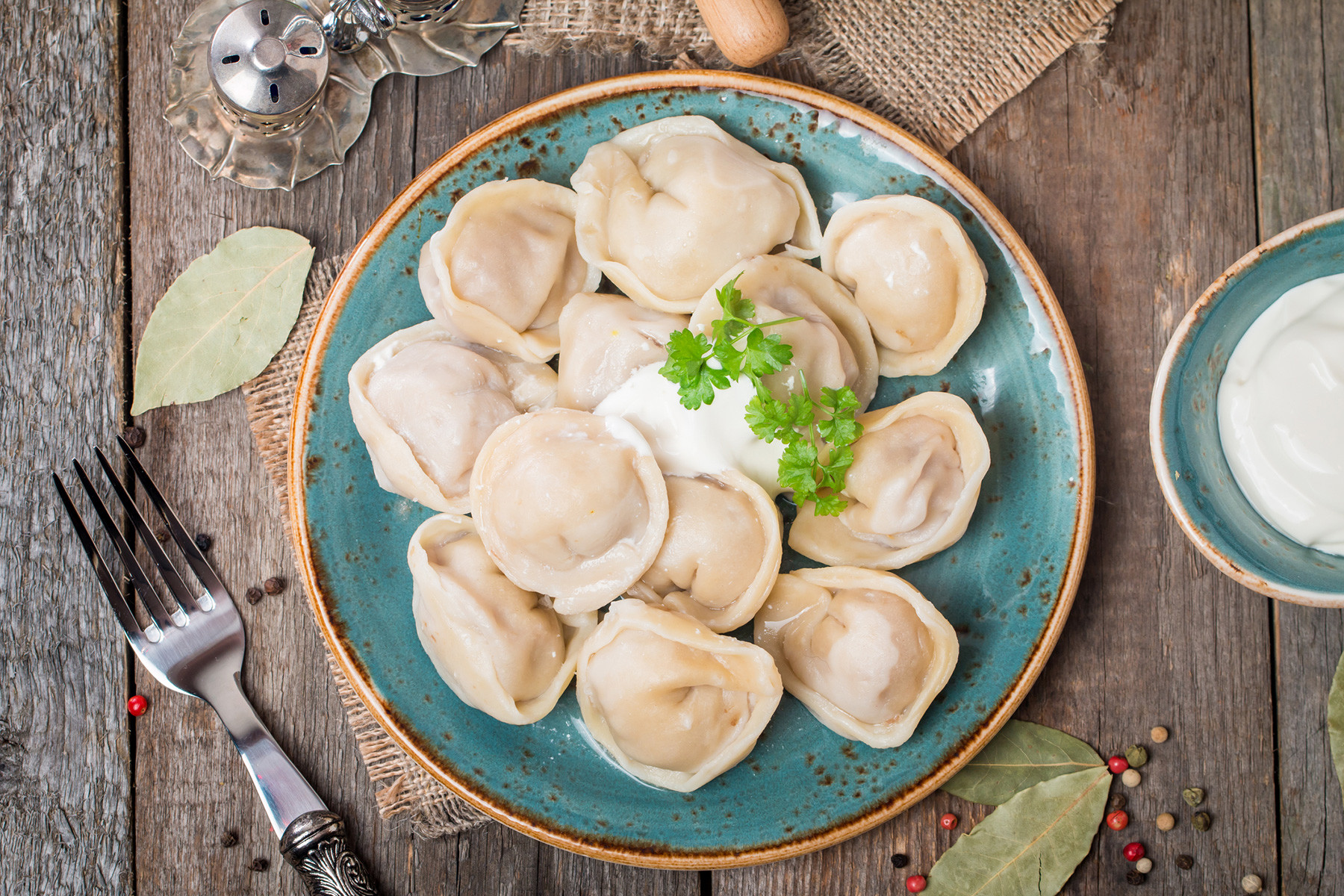 This dumpling-type dish, which consists of meat pieces wrapped in dough and then boiled, is also found in cuisines worldwide. According to Russian culinary historian and prolific author William Pokhlyobkin (whose surname suitably comes from a Russian verb meaning “to gulp down”), it was first cooked in China, and by the 14th-15th centuries pelmeni had made it onto dinner tables across the Urals and Siberia. In the central regions of Russia, they became a regular fixture only in the 19th century, which is also when the name is believed to have appeared (in the Udmurt language pelnyan means “bread ear”). Hence, Udmurtia in central Russia is considered the birthplace of modern Slavic pelmeni. 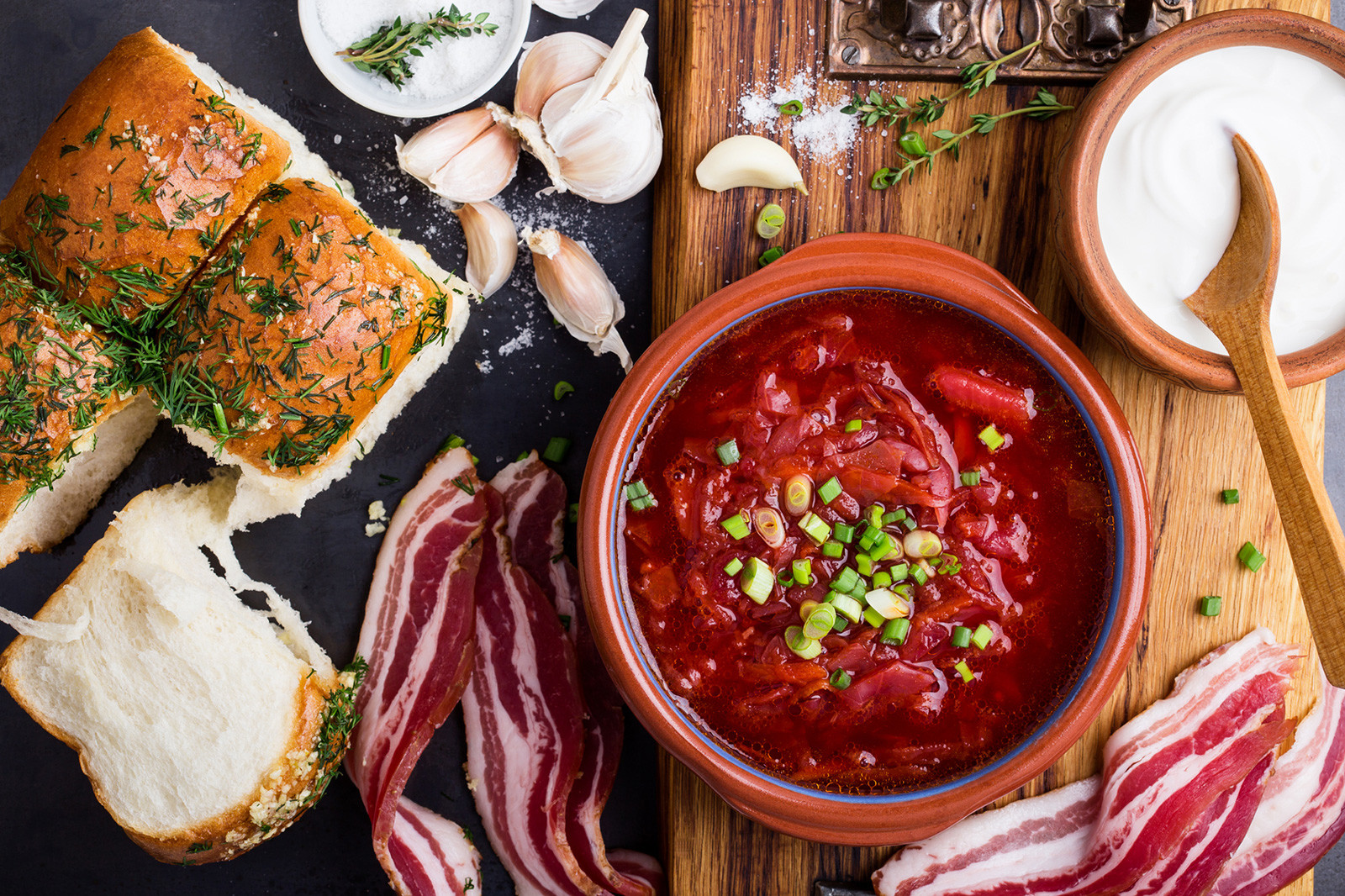 This traditional “Russian” soup was invented by Slavic folk, but not the Russians themselves. In Ancient Rus, the practice was simply to boil large pieces of chopped cabbage in water, which differs radically from today’s borsch. The recipe for chopped vegetables boiled in meat broth was invented by southern Slavs in the Balkans. Borsch arrived in Russia as early as the 14th century, and quickly established itself in the national cuisine, becoming a firm favorite among Russians and their guests. 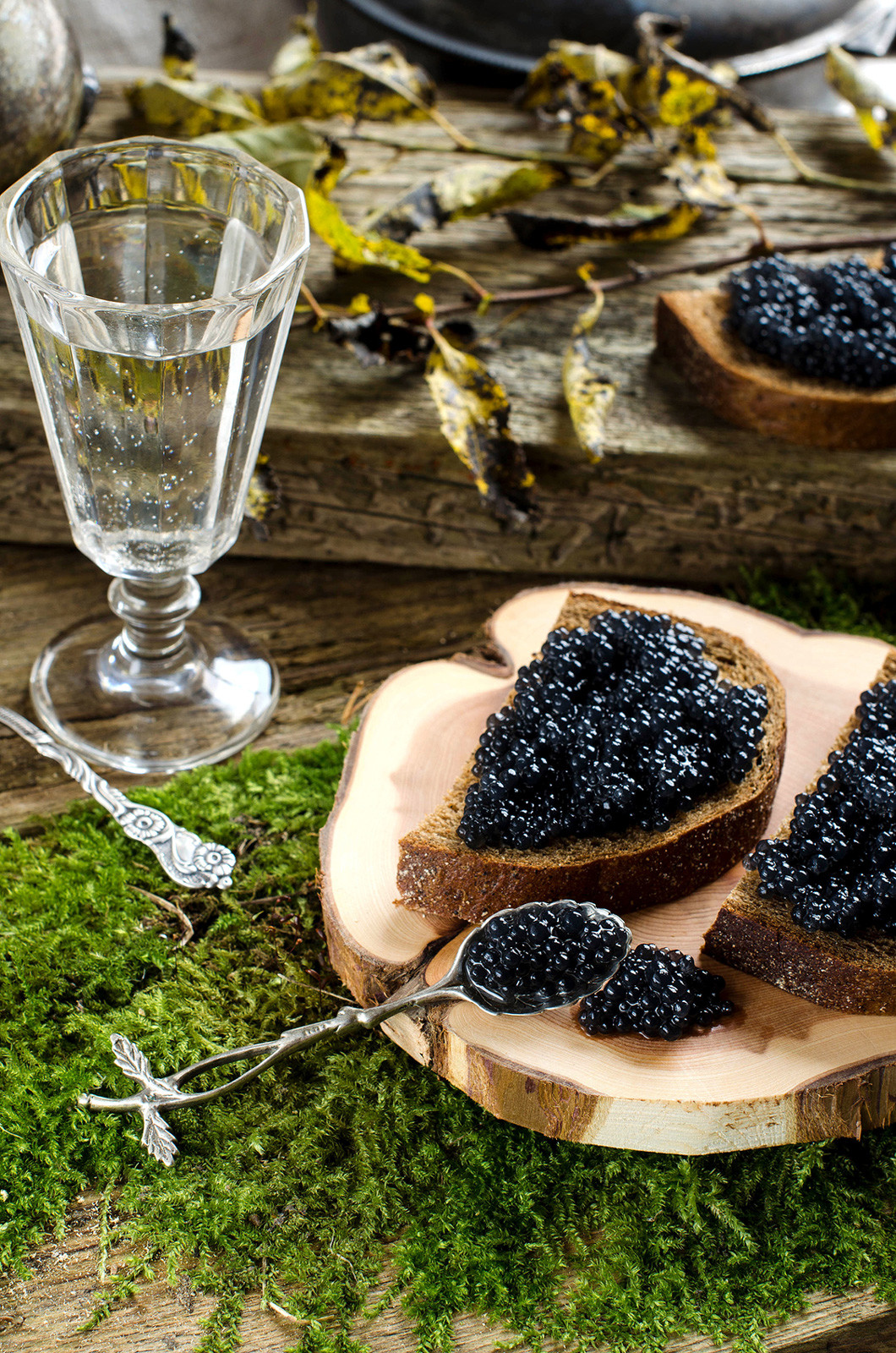 Purified ethanol dates back to the 11th century, when it was isolated through distillation by Persian physician and polymath Muhammad ibn Zakariya al-Razi. But the resulting liquid – a precursor of vodka – was used only in medicine, since the Koran forbade Muslims from drinking alcohol. In Europe, the idea of ​​creating a vodka-type drink belongs to the Italians. The aqua vitae (“water of life”) they obtained made its way to Russia at the end of the 14th century, and prompted locals to start producing alcohol from grain surplus. By the early 16th century, Russian vodka (“little water”) was already being exported to other countries.

Find out if you have the appetite of Ivan the Terrible or Nicholas II! QUIZ