7 recipes to beat the autumn blues 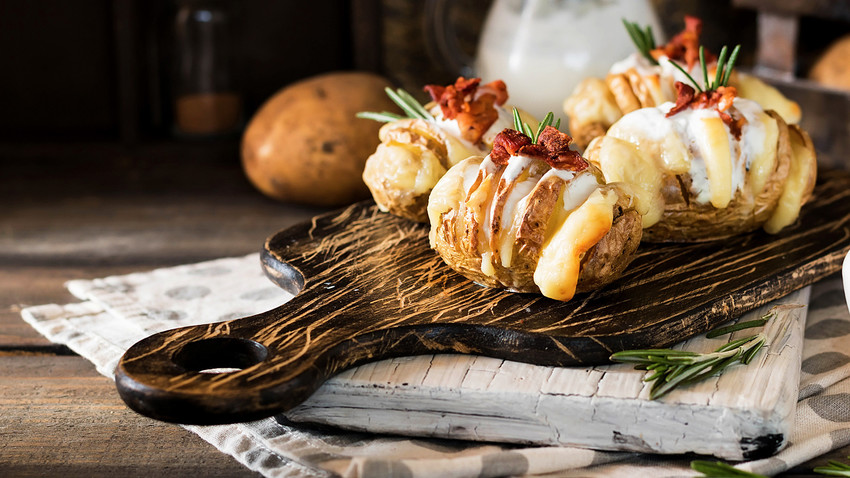 Legion Media
What to eat to supercharge your spirits when the skies are gray and gloomy? 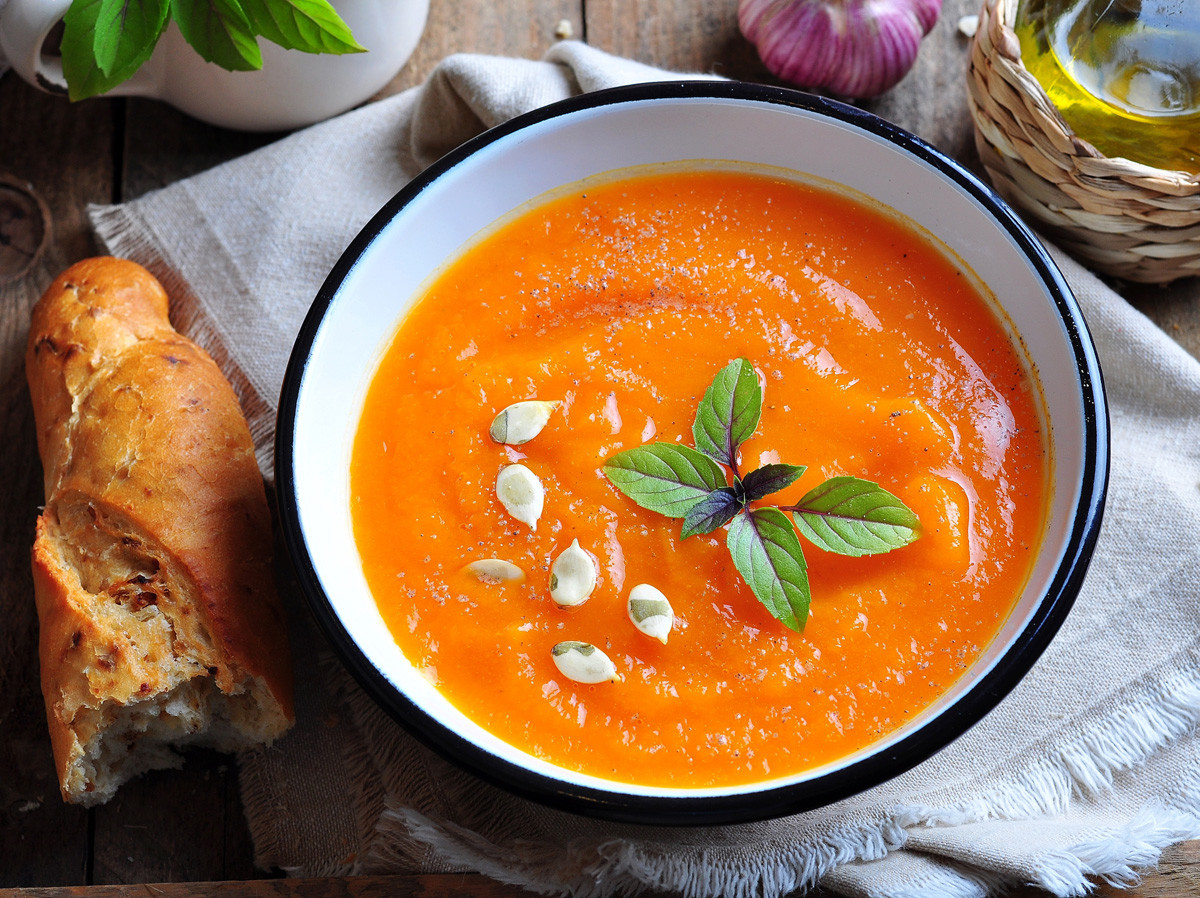 Pumpkin soup is a doddle to make, and adding a few cloves of garlic and slices of sour apple will turn it into a taste-fest as well.

How to prepare: Peel pumpkin and remove seeds. For the soup, you will need 1 kg of pulp cut into small pieces. Peel and dice potatoes (2 pcs). Finely chop onion (2 pcs) and garlic (3 cloves). Heat olive oil in a thick-bottomed saucepan, and fry the onion till golden brown. Add the pumpkin and garlic, and fry as well. Add the potato cubes and a few sprigs of thyme, fry all over, pour in 1.2 liters of boiling water, and bring to the boil. Boil the soup for 15 minutes, then put through the blender and add salt and pepper.

Peel and dice apples (2 pcs). Fry in oil for 2-3 minutes, and add salt, pepper, and curry powder to taste. Pour out the pumpkin soup, adding a spoonful of apples to each dish. 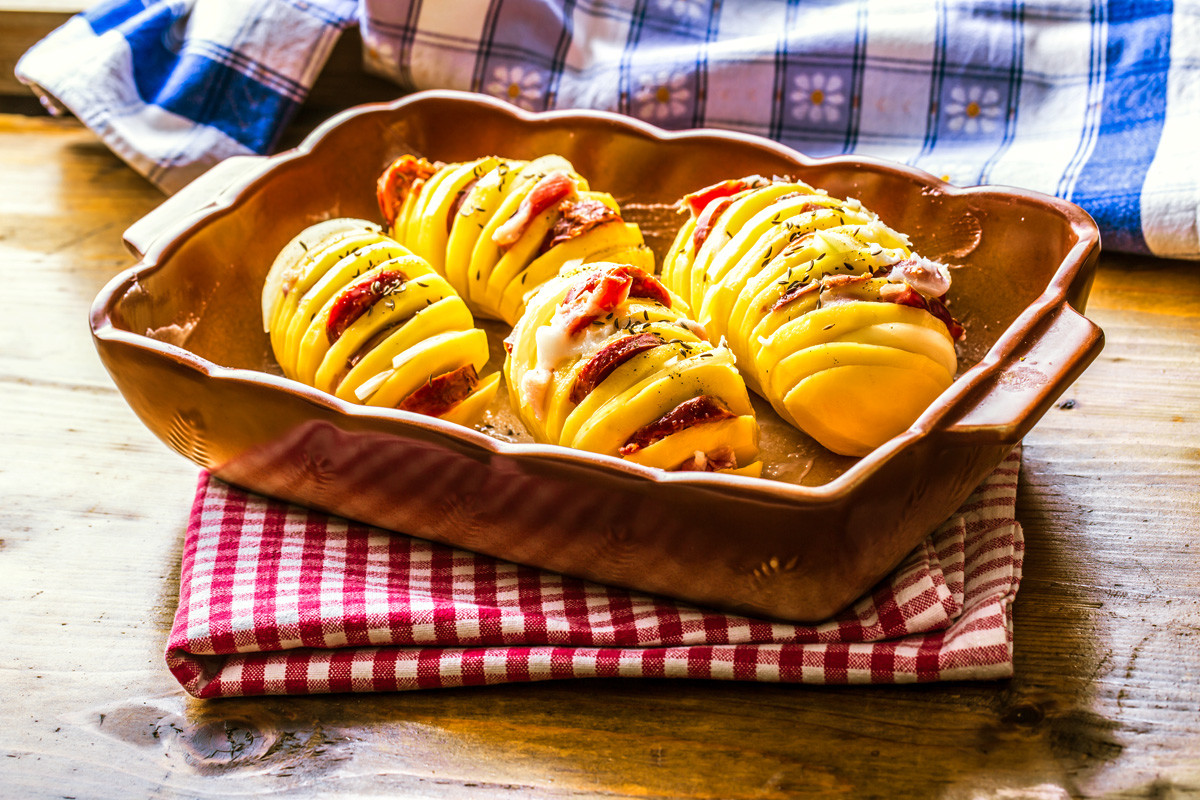 A quick dish equally good for cozy family get-togethers and shindigs with friends. Using the most affordable ingredients and a little culinary magic, you can turn ordinary potatoes into finger-licking fast food.

How to prepare: Wash a medium-sized potato, peel and dry. Make several pleat-shaped cuts so it looks like a mini-accordion. Cut bacon into thin slices, and use a knife to put them in the slits. Place the potato on a sheet of foil. Melt butter and add dill, parsley, salt, and pepper to it. Pour the aromatic butter over the potato and wrap in foil. (A homemade option is to grate a little garlic.) Place the potato in a preheated oven at 180C for 30 minutes. Then remove, sprinkle with grated cheese, and put back in the oven for another 10 minutes. If cooking several potatoes, pick ones of equal size so they take the same time to cook. If a potato is large and looks “unbakeable,” you can pre-boil it for 10-15 minutes beforehand.

3. Vareniki with mushrooms and potato 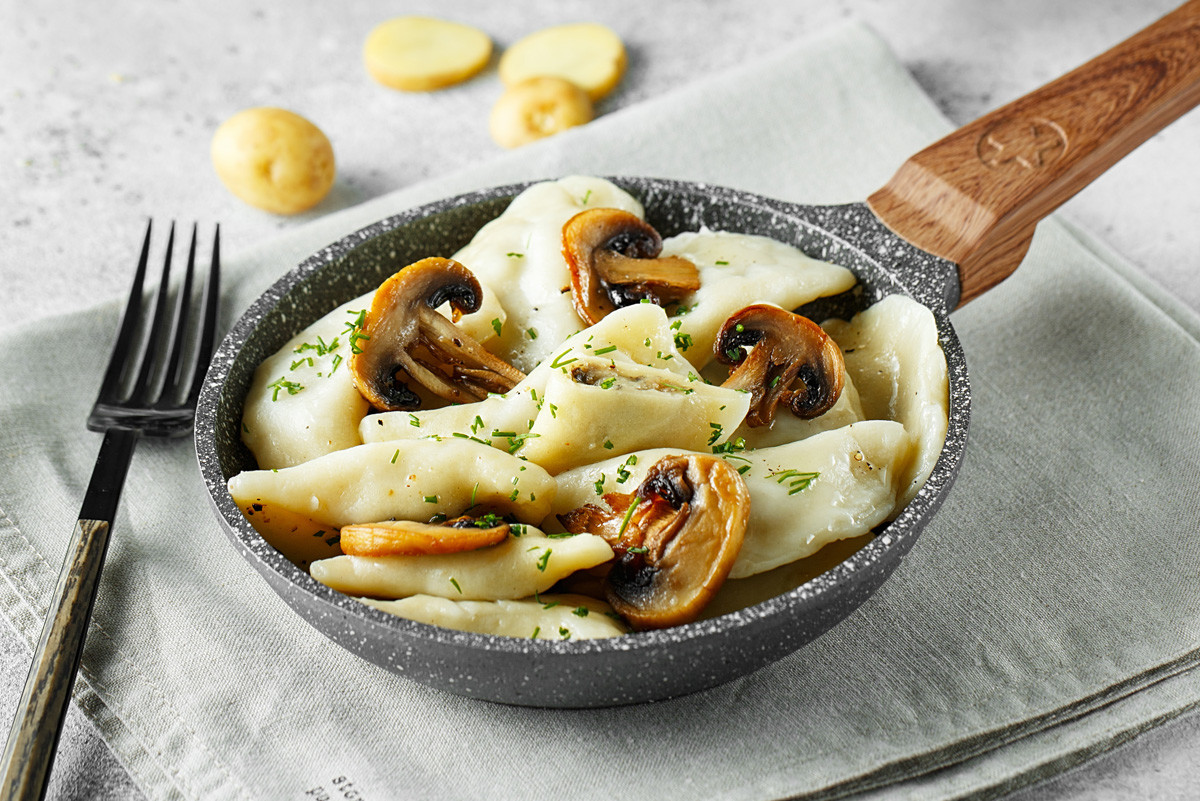 Autumn without mushrooms just isn’t autumn. Chanterelles, agaric honey, or plain white — the choice is yours. They are great when fried with potatoes, cooked in an open mushroom pie with smetana filling, or stewed in ragout (pronounced “ragoo”). And then there are vareniki dumplings stuffed with mashed potato and mushrooms. Best served with smetana and fried onions. Resistance is futile. 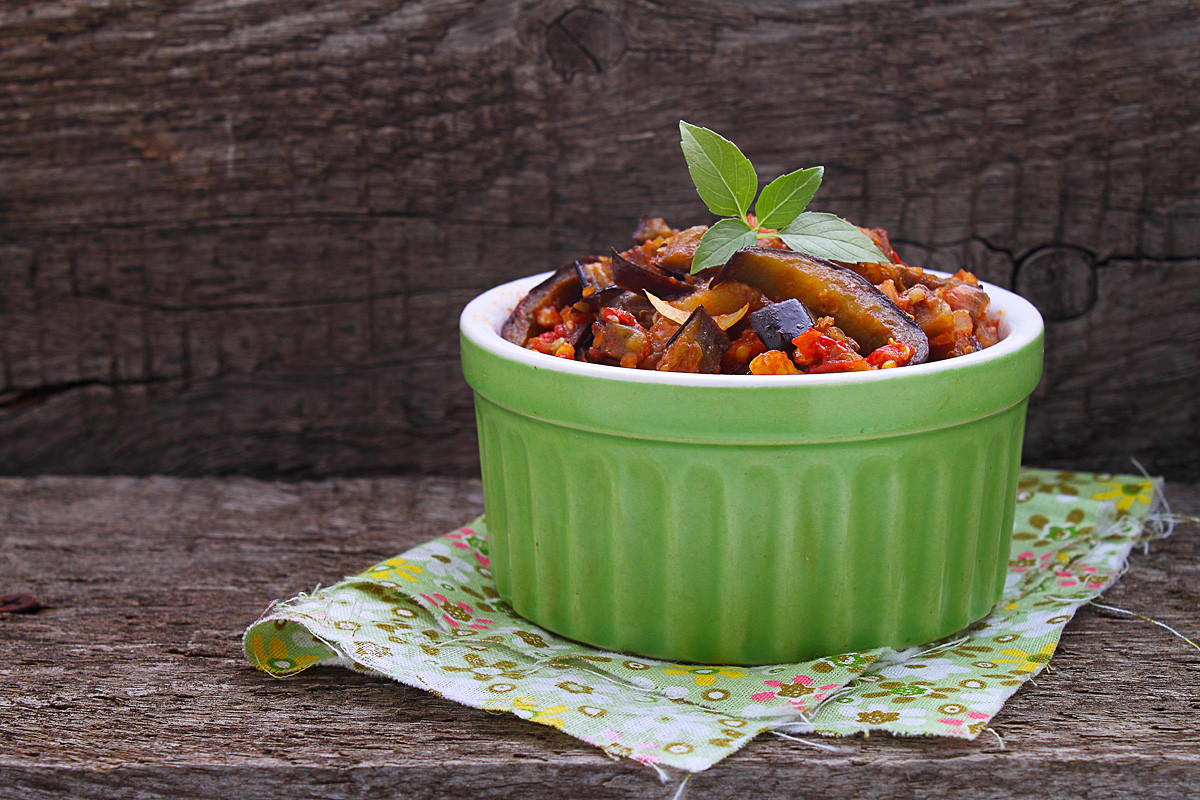 Diehard dacha-goers often have enough squashes to last the whole summer, fall, and (in preserved form) winter. Try making a time-tested veggie appetizer — squash caviar. This dish is said to have been a firm (and mushy) favorite of Soviet Secretary General Nikita Khrushchev and his wife. 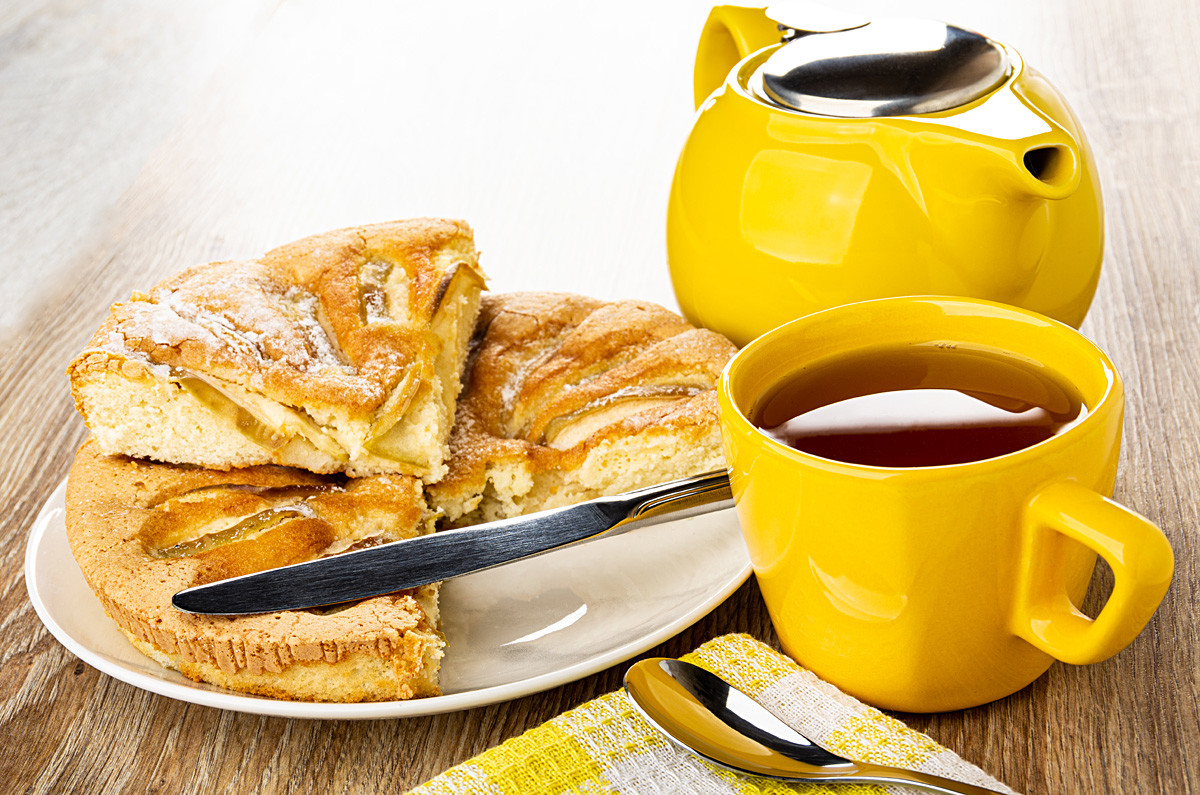 Cook it every day and still no one will ever grow tired of this sweet-and-sour cake. Charlotte russe has foreign roots, having been invented in London by French chef Marie-Antoine Carême, who served under Russian Tsar Alexander I. The original recipe included cookies and whipped cream. Although little is left of that version, this lovely sponge cake with apple filling will still brighten up any tea ceremony. 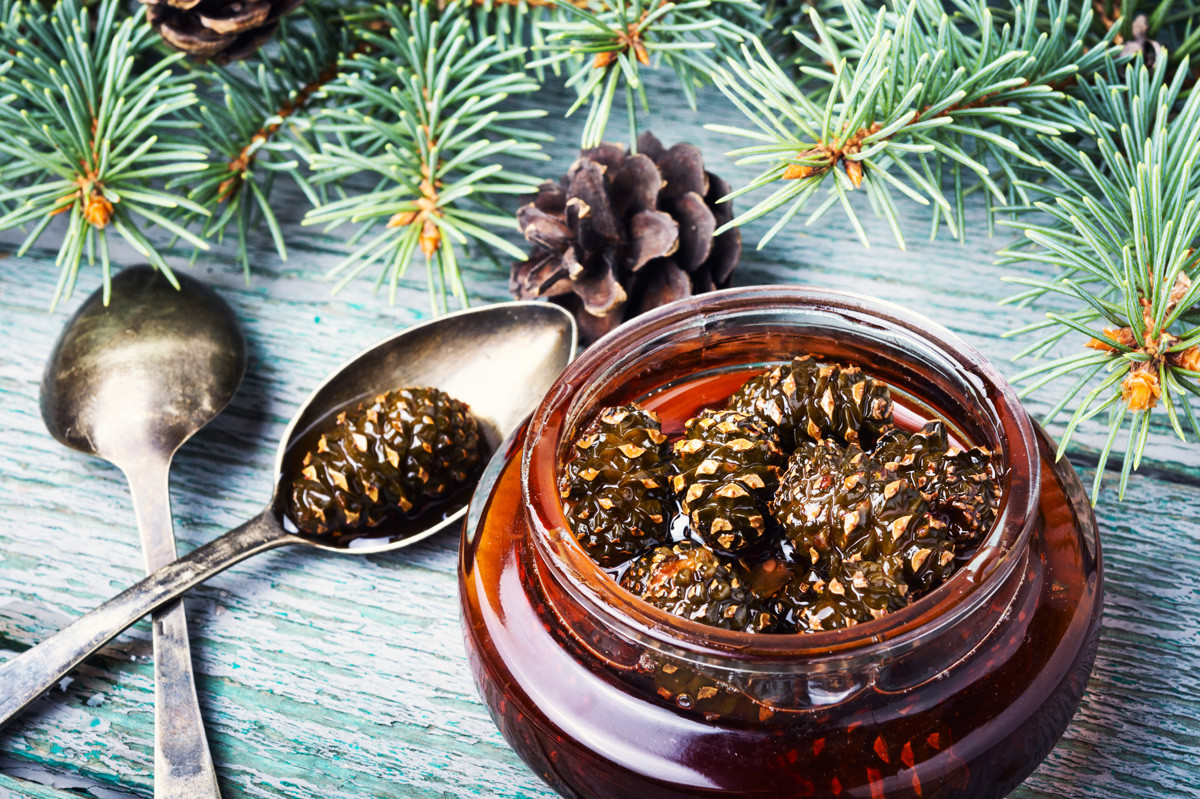 Russian-style jam, known as varenye, is a whole-fruit preserve that’s simple to make and keeps for a long time. All kinds of berries and fruits can be used. If you like challenging your taste buds, don’t limit yourself to one sort — feel free to mix and match different sour and sweet varieties. And if you’re a real experimentalist, try making it from watermelon, Cornel cherries, or pine cones. 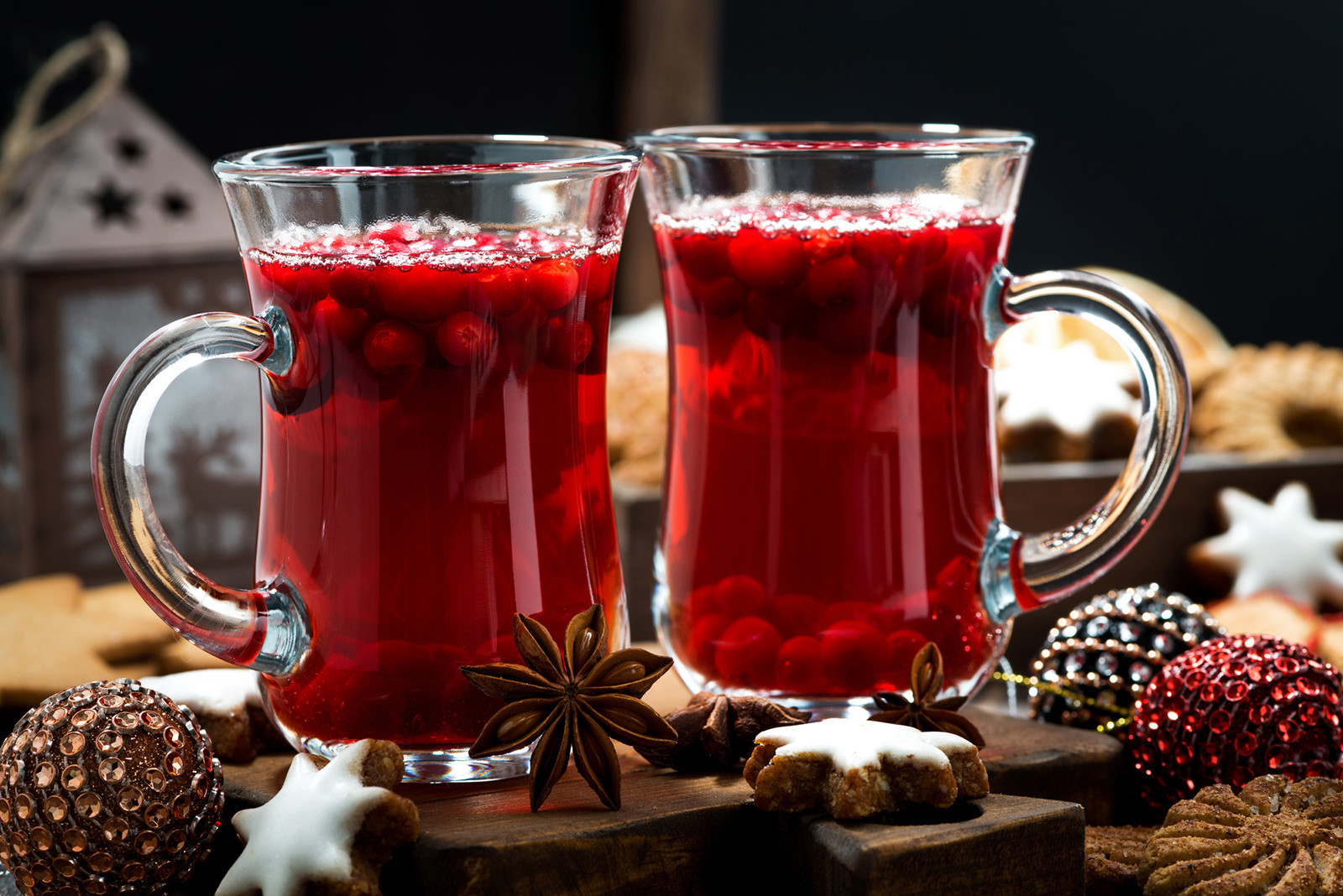 The cold season was made for hot berry beverages. They are not only delicious, but fill the organism with vitamins. Go for the most colorful sorts: sea-buckthorn and cranberries.