Top 10 Russian favorite dishes, according to Russia Beyond readers 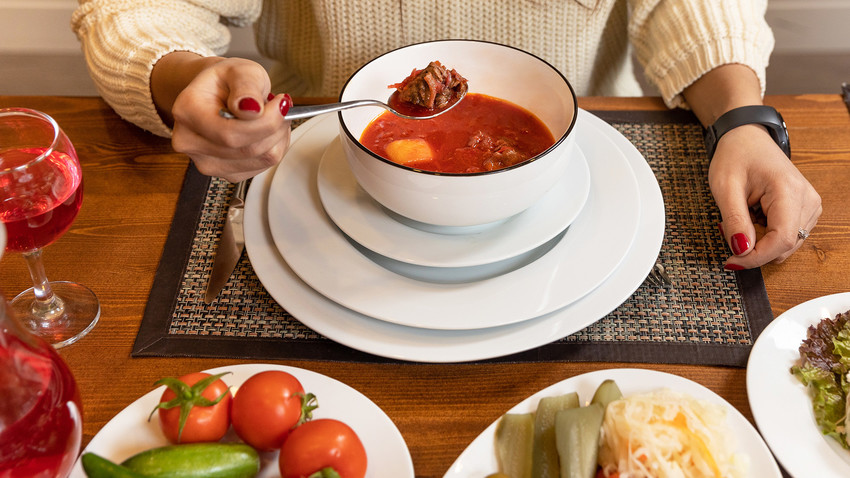 Some of these dishes make nutritionists cry, but it’s impossible not to love them.

Getty Images
We asked our readers about their preferences in Russian cuisine. They named a lot of dishes including holodets, makaroni po-flotski and Doktorskaya sausage, but there are other wonderful dishes that were mentioned even more often. 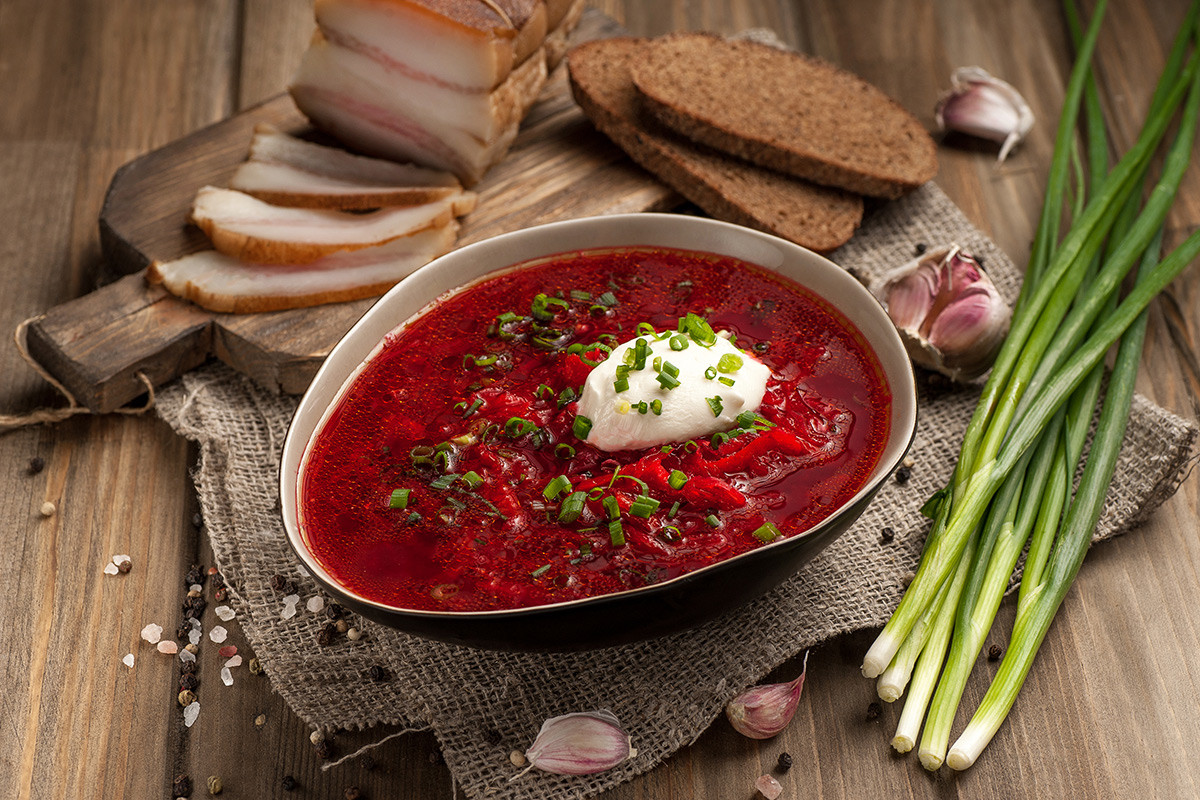 “There's a lot to like in Russian cuisine. Some of my personal favorites would be their soups; just can't beat a well prepared borscht or solyanka”, writes our reader Mikael Wheeler.

“Borscht is something my mother-in-law and my sister-in-law and her kids love, BUT I have to make changes to traditional Russian borscht here in the U.S. For some reason red beets taste horrible in the U.S. It’s like eating disgusting dirt. So, I now use only golden beets for borscht. They don't taste like dirt and my kids love it. But of course they don't give the traditional red color to soup,” Anastassia Zvoryguina says.

“My husband ate borscht in the morning, noon and night (in Russia). But I have yet to find a place that serves Russian cuisine in Cape Town South Africa. I wish there was,”  Karen Nothnagel says. 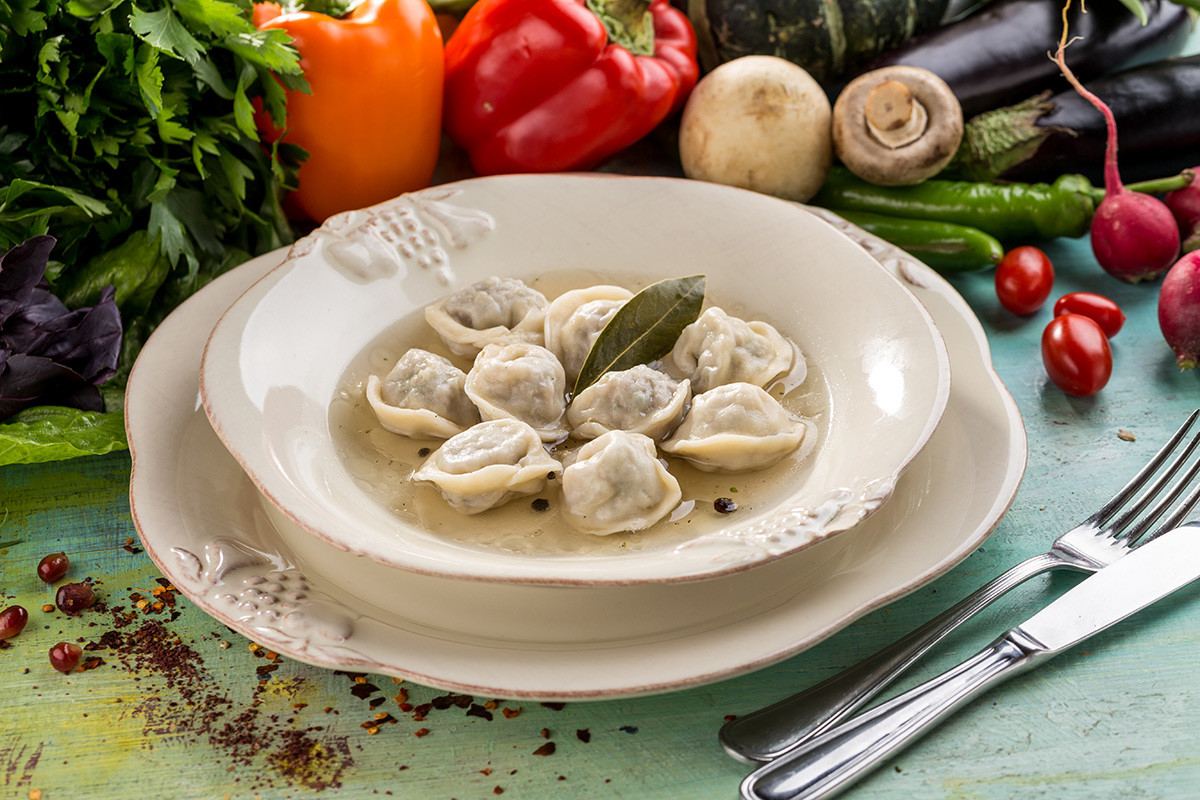 “My wife is from Russia. She makes cutletta which is awesome. I think of it as individual meatloafs. It definitely fits well into American cuisine. And pelmeni… I think the best part of pelmeshki is the ritual. The family gets together and we all work to make them,” Bill Blackwelder says.

“I remember in 3rd grade we had a huge international dinner party. And the best part was the handmade pelmeni. Still today one of my favorites,” Felix Kählert writes. 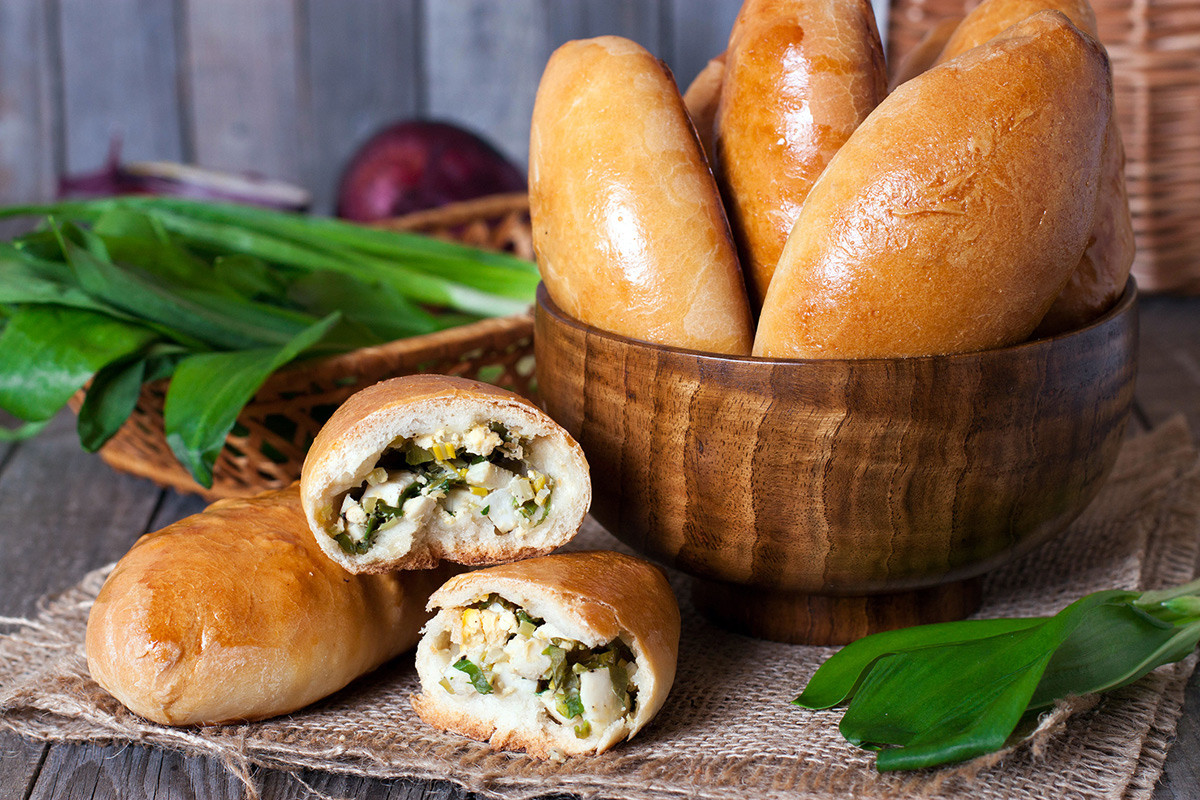 “When my goddaughter studied in Russia, she told me about her host family making yummy pirozhki  (little pies). At Roman Russian Market in Portland, [Oregon], I found maybe the single most delicious food ever — fresh from the oven cabbage or potato pirozhki!”, Carole Green writes.

“I am myself Russian but my husband is Mexican. He likes it when I make Russian food. My mother-in-law fell in love with pirozhki with green onion and egg. My husband and kids love when I make pirozhki,” Anastassia Zvoryguina says.

“I have many favorites! Borscht at the homes of friends, and in different Moscow restaurants. Syrniki, which I last enjoyed at Sheremetyevo airport, just before returning to the U.S. about a year ago; Sharlotka (a pie with apples), which I enjoyed at the home of friends, where Grandma made it from her own memory, just as we were beginning to eat our meal”,  Linda Speck shares her warm memories from Russia. 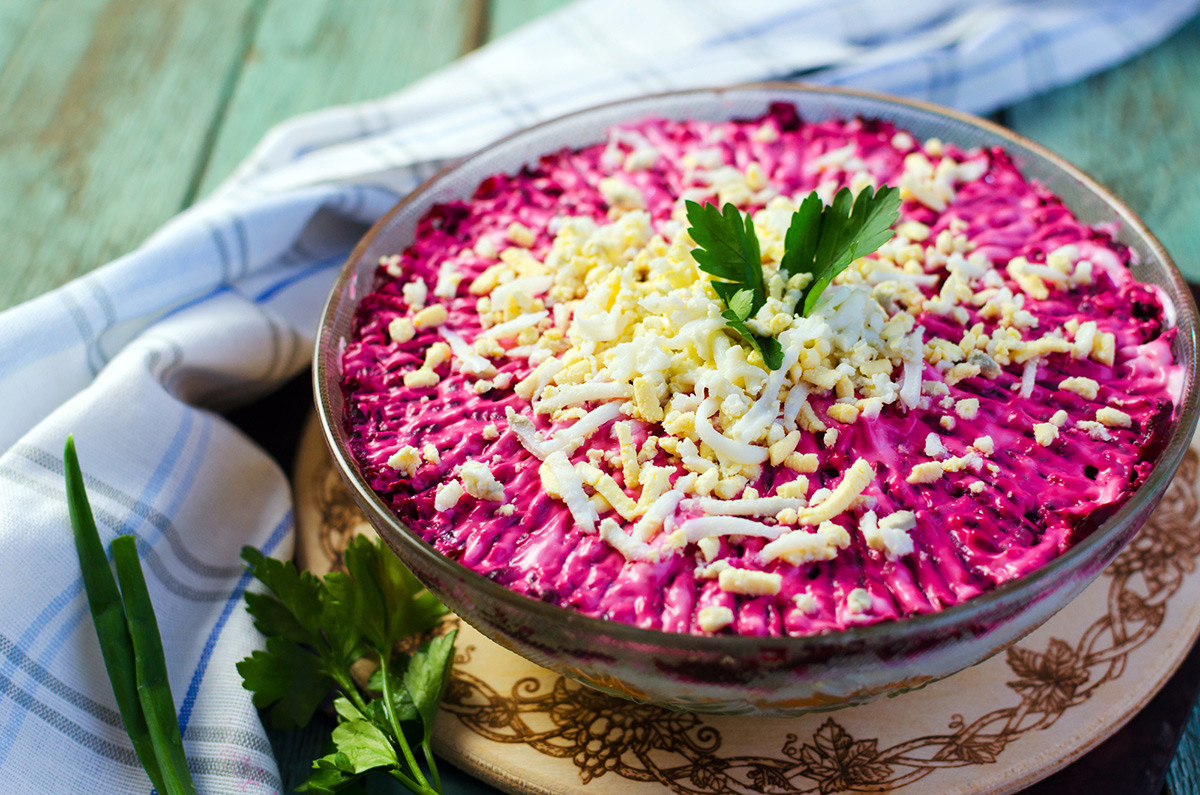 “Russian food is great! And has great names: ‘Herring under a fur’! Yummy,” Gaby Henze exclaims.

“I love shuba salad, ‘Russian salad,’ or as they call it, ‘Olivier Salad’. I think it’s a good food,” Ziva Pen uses the Russian name of ‘herring under a fur coat’ (‘seledka pod shuboy’).

“I spent 10 days in Moscow this year for New Year’s with my friend and her family, and loved the food. I actually liked the Olivier salad (even by the third day of it), buckwheat for breakfast, vareniki, and shchi. Her father took us out to Cheburechnaya, where he used to eat after work, and it was delicious. Borodinsky bread and Russian cheese are still my favorites, and the chocolates there were the best,” Rhiana Hughes says.

“I make vinegret salad, ‘herring under a fur coat’ all the time, and I’m not close to an inch to be Russian”, Maggi Fortin admits. 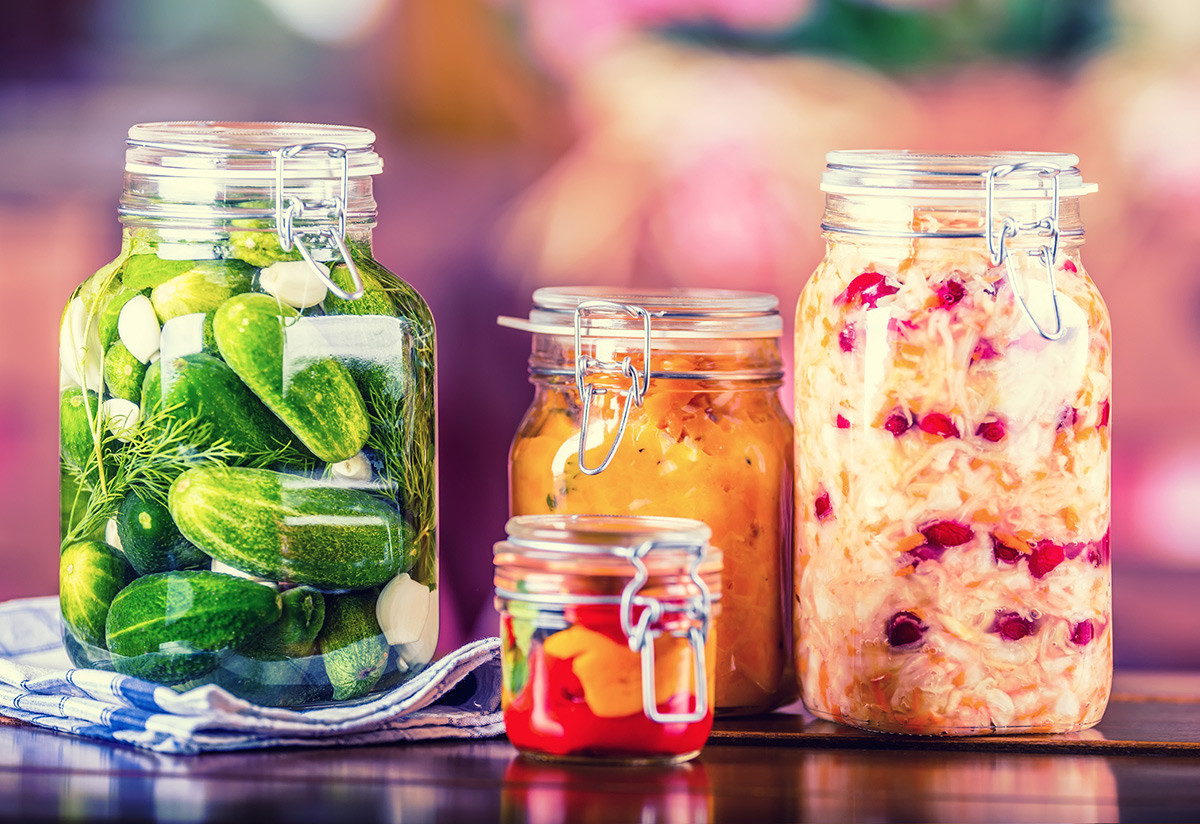 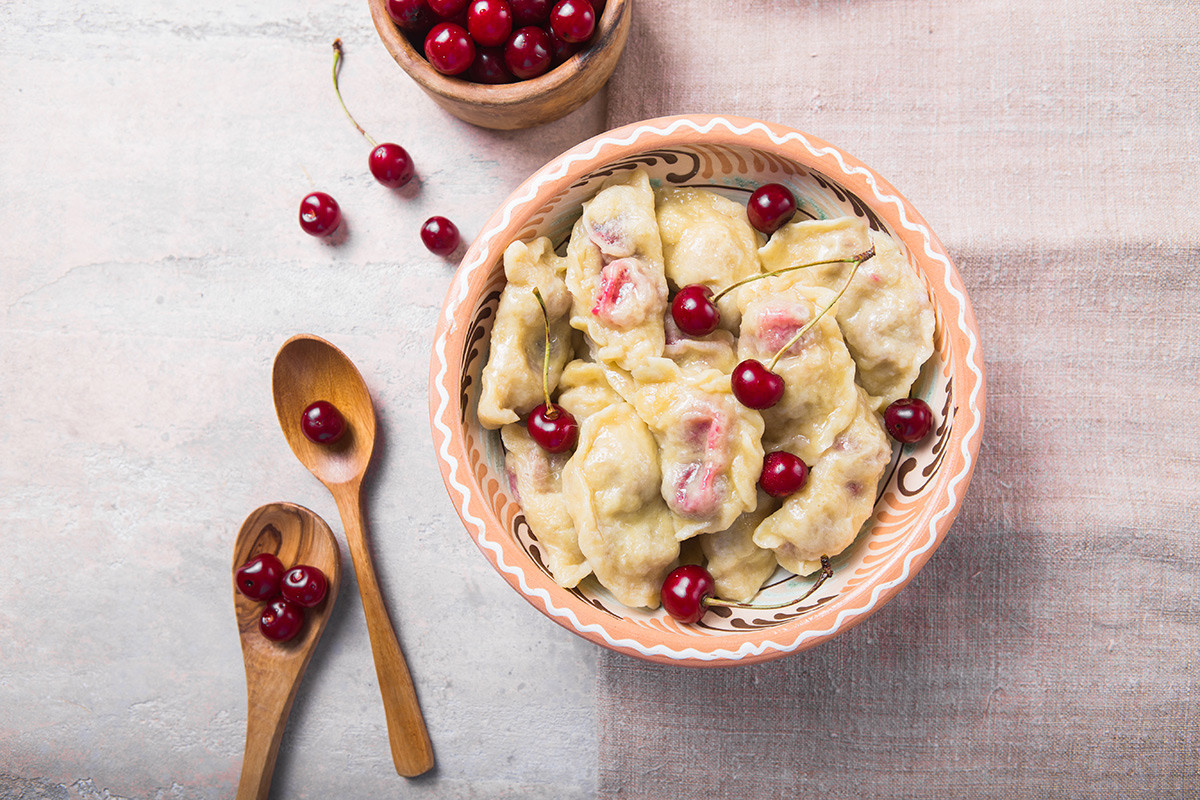 “I had a sleepover with my friends who were Russian. Her mom made some sort of meat and onion dumplings. They were so good,”  our readerLindy Brockley says.

“I’ve had Russian food both here in the U.S. and in Russia. Vareniki with cherries and sour cream is truly a hidden gem that makes my doctor cry,” Daniel Glenn jokes. 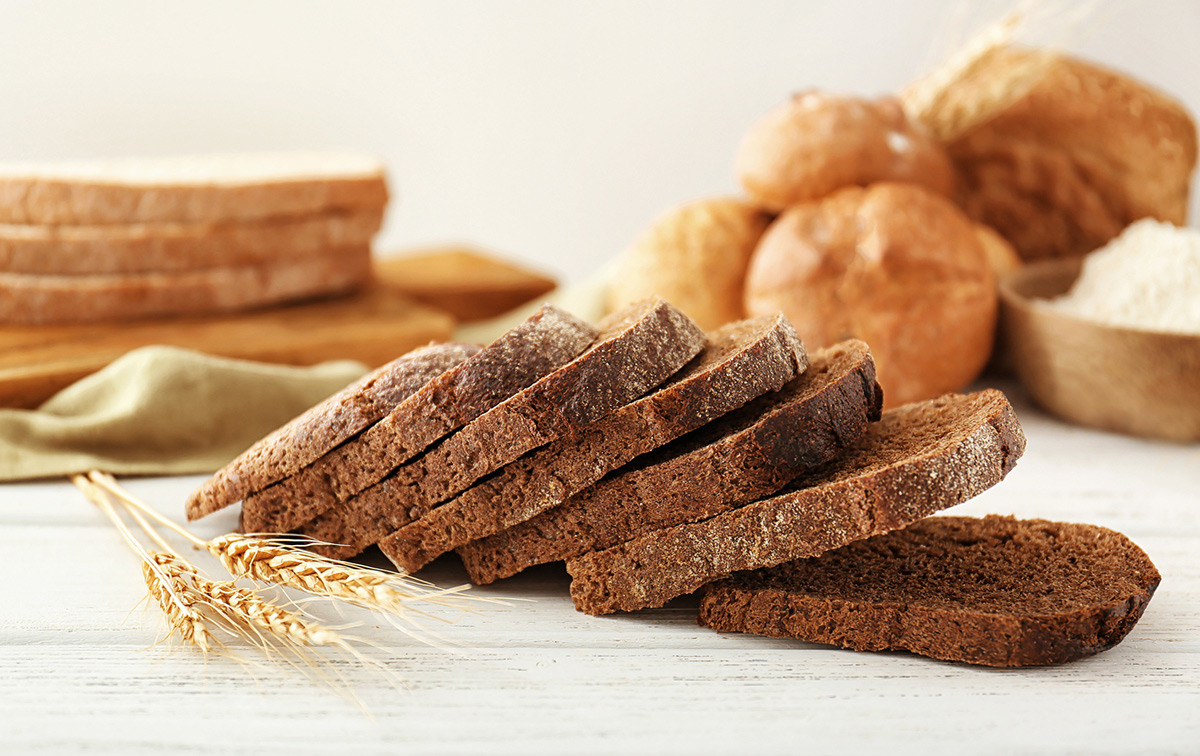 “I have lived on Russian food in Russia for six years in the 90s. Still crave for it. Especially the stolovaya and street food prepared by babushkas. Could die for chyorni khleb (rye or Borodinsky bread)!”, Aarti Singh says. 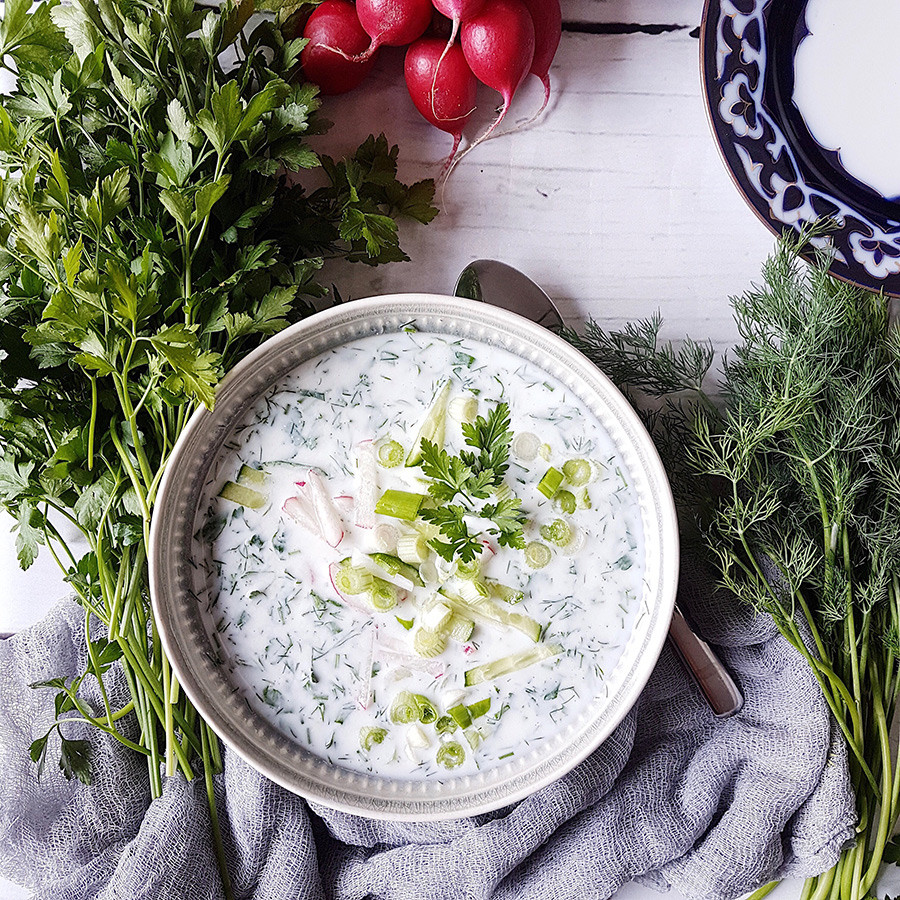 “First time I came to Russia in 2007 as a tourist, and then in 2008 on an internship I fell in love with okroshka (and with kvas)! I literally would order 2 or 3 soups for lunch in the canteen! I still love it and now live here and make it myself. It’s the perfect summer soup”, Evy Hua says. 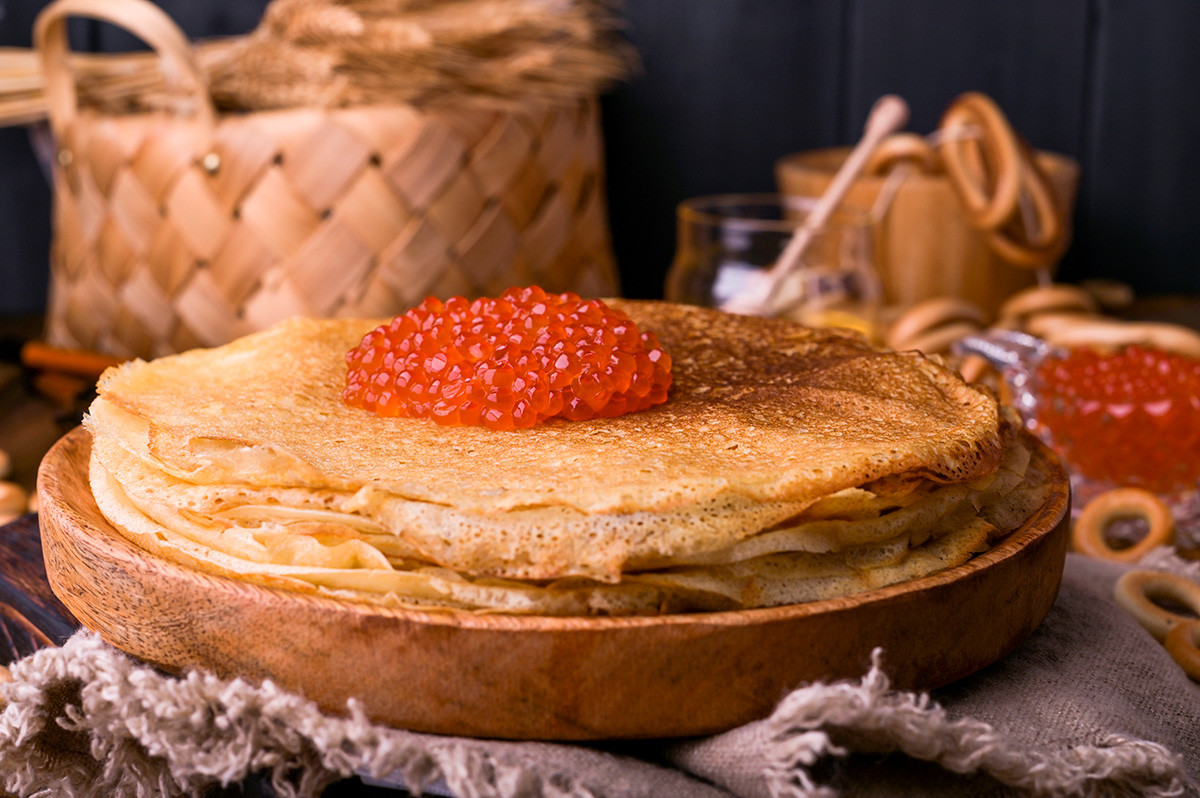 “I lived one year in Petersburg. I am in love with Russian cuisine. Bliny c ikroy, shashlik, pelmeni are my favorites. I am also in love with ‘Peterburgskie nochi’ (St.Petersburg nights) chocolate,”  Elif Simsek says. 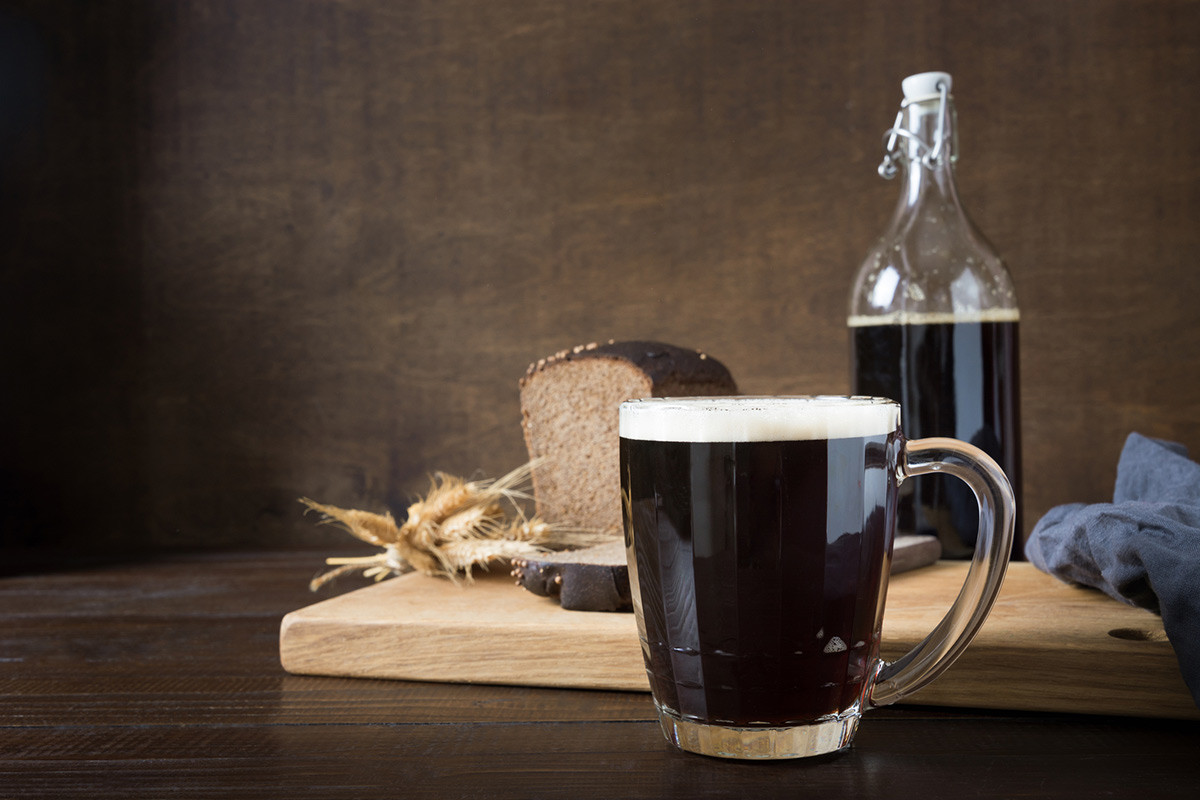 “It's not a dish, though it's my favorite Russian food - kvas! Kvas is life!”,  believes Adam Nosek.

“Don’t overlook kombucha. That is gaining popularity in the States. My Russian professor exchanged some with my wife so she could make ‘tea mushrooms’ at home”, Bill Blackwelder says.