7 most PRESTIGIOUS & EXPENSIVE districts in (and near) Moscow 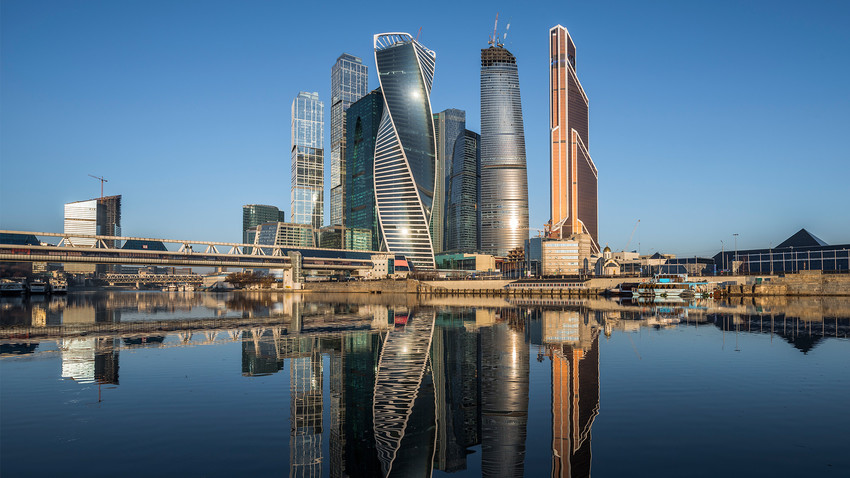 Getty Images
Spoiler: they are not all in the city center. 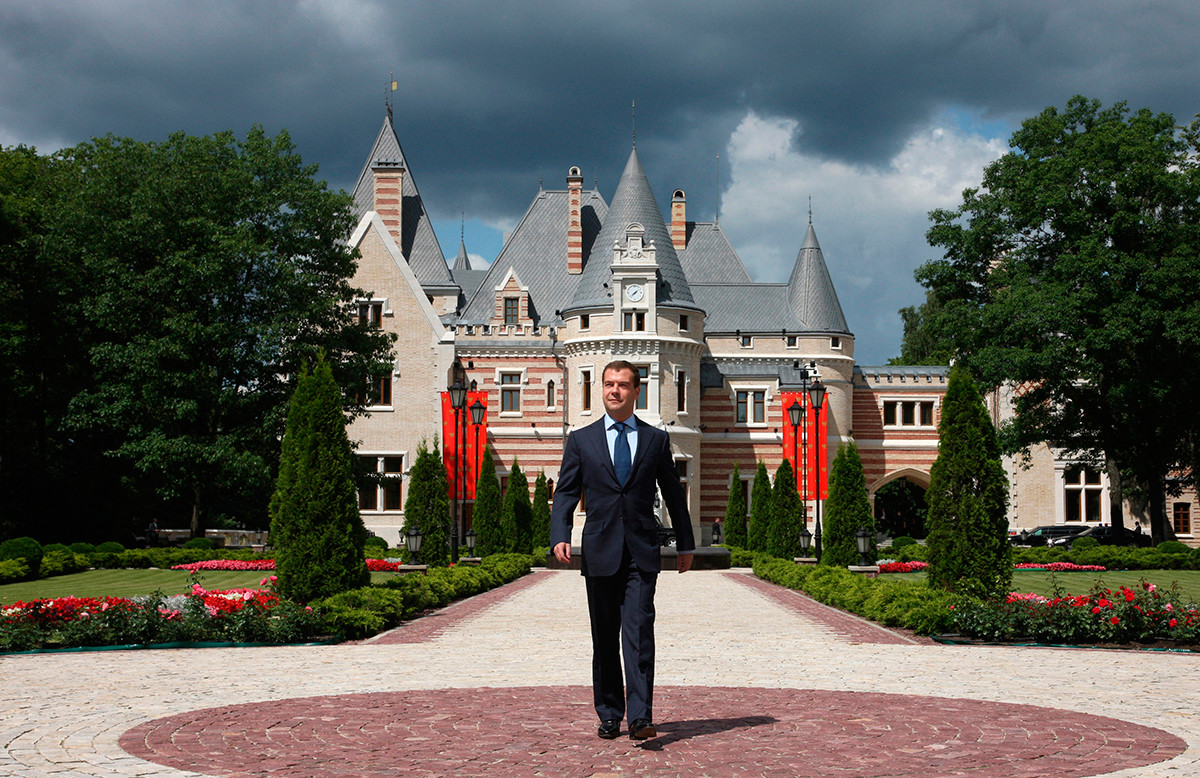 Rublevka, simply put, is Russia’s “Beverly Hills”: home to rich, famous, and influential Russians who live in luxury, hidden behind tall fences and walls. Technically, it is located outside Moscow, some 10 kilometers to the west via the Rublevo-Uspenskoe Highway, yet the area, and its residents, are nonetheless an integral part of Russia’s capital.

Officially, there is no such an administrative unit as Rublevka. Instead, the name of the area is a social construction, popularised in mass culture as a synonym of being filthy rich, as it is one of the most expensive residential areas in the world. It is also a play of words as – you know it – the ruble is the Russian currency.

In Tsarist Russia, nobility built homes here, only to be replaced by dachas of Lenin, Stalin, and other state officials after the Bolshevik Revolution. In Soviet times, famous scientists, artists, and writers — including Mstislav Rostropovich, Andrei Sakharov, Dmitry Shostakovich — had dachas in Rublevka. Today, Rublevka is inhabited by oligarchs, multi-millionaires, and all-powerful figures. The Russian President’s official residence is in Novo-Ogaryevo – not far from Rublevka.

Although Rublevka is considered the most famous luxury residential area in the immediate vicinity of Moscow, there are many other elite villages and areas in the Moscow Region, most of which are located to the west of the capital.

2. Ostozhenka and the ‘Golden Mile’ 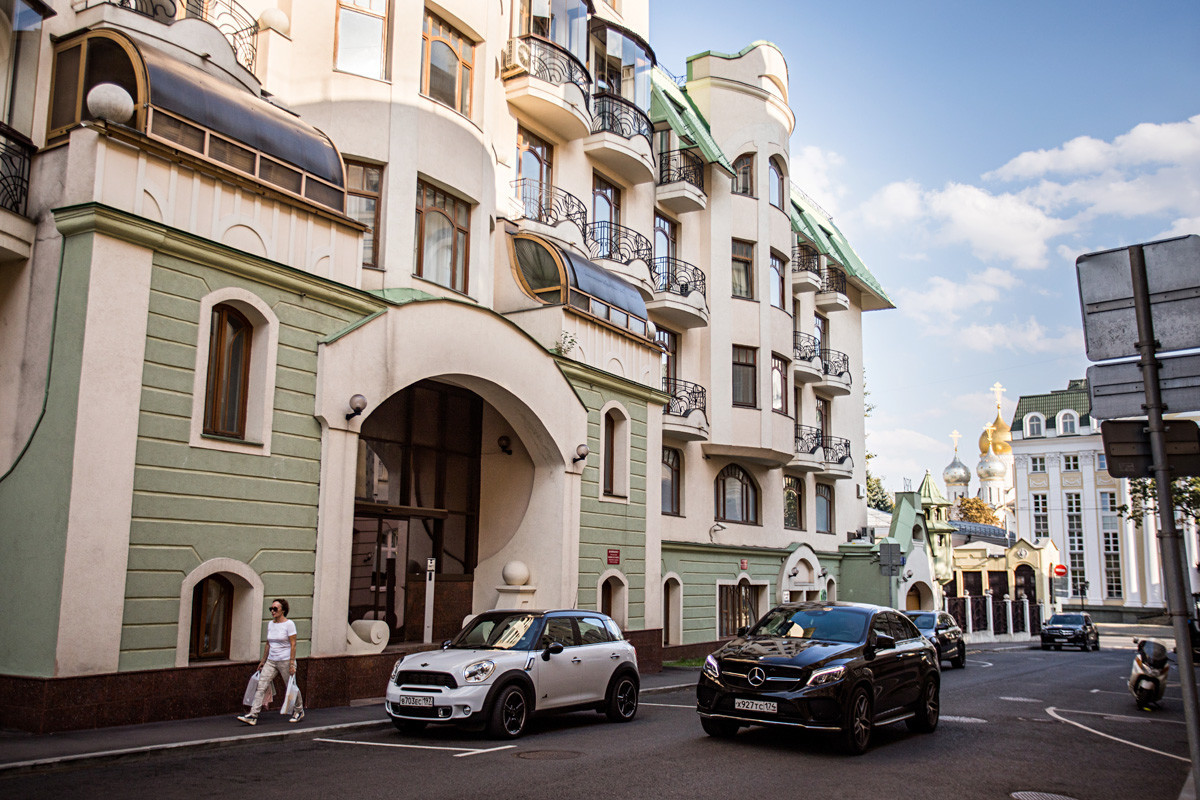 The Golden Mile is an unofficial name for one of the most expensive residential areas in Moscow. It is a small piece of land where luxury real estate has been built. It is located between Ostozhenka Street and Prechistenskaya Embankment, a 10-15 minute walk from the Kremlin, with some of the buildings overlooking the Moscow River.

With prices up to $40,000 for a square meter, Ostozhenka is often listed among the most expensive streets in the world. Given that an average apartment there is around 240 square meters in size, the price tag for it can reach as high as $10 million or even more.

“[Before 1989], this area was abandoned, because of the planned construction of the Palace of the Soviets (which was to be built on the site of the Cathedral of Christ the Saviour). The entire area was planned to be cleared to make possible the construction of a wide avenue leading to the Lenin Hills [currently known as Vorobyovy Gory],” says Alexander Skokan, an architect and a founder of the Ostozhenka Bureau.

However, the Palace of the Soviets was never built. Instead, luxury houses began to be erected there. Consequently, it may be hard to come by residents in this area, as most of the buildings have been bought for investment purposes. 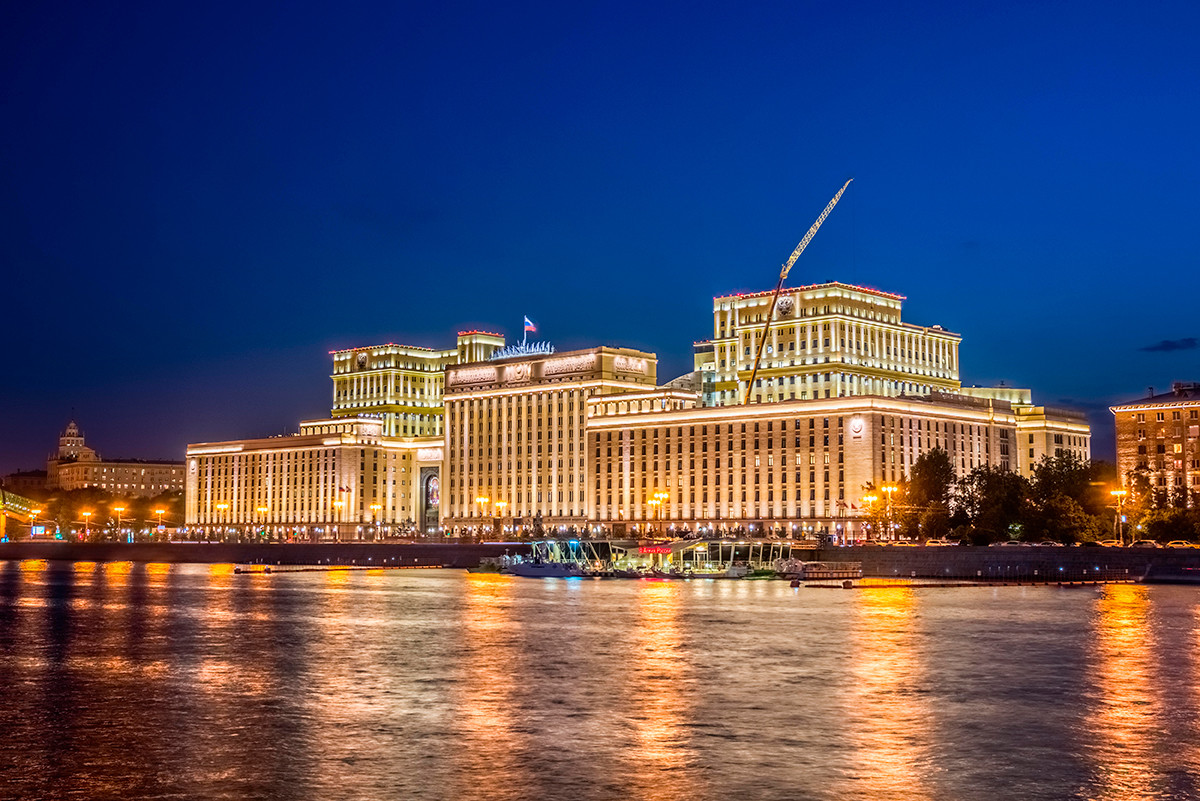 Khamovniki is the official name of a district located in central Moscow. It starts from Aleksandrovskiy Sad next to the Kremlin and spreads across to the Luzhniki Stadium and Sparrow Hills (Vorobyovy Gory) in the western part of the city.

Historically, this is where weavers used to live, who were known as ‘Khamovniki’ in the 17th century. Hence, the name of this historic district.

Today, Khamovniki is one of the most popular areas of the Russian capital among apartment buyers. Yet, it’s also one of the most expensive districts in Moscow, where one square meter of apartment costs approximately $11,000; a price tag far beyond the average in Moscow.

The Moscow River, multiple parks and numerous metro stations make this elite district ecologically clean and also easily accessible from anywhere in the city. Pre-revolutionary houses, Soviet buildings and modern projects are available on this stretch of land. Among others, one of Russia’s greatest writers Leo Tolstoy owned an estate in Khamovniki in 1882 (which is now part of his family estate).

This is a neighboring district to Khamovniki, lying to the Southwest of the city center. Everyone who has ever been to Moscow knows Gorky Park, which covers most of the district’s territory. Yakimanka is one of the most stylish areas in Moscow and it is well known for its clubs, cocktail bars and cozy restaurants, as well as for the State Tretyakov Gallery and the Muzeon Park of Arts.

The district is also home to old factories built in the early 19th century. Most of these buildings have been rebuilt as offices. Elite real estate in this district may also cost up to $20,000 per square meter. 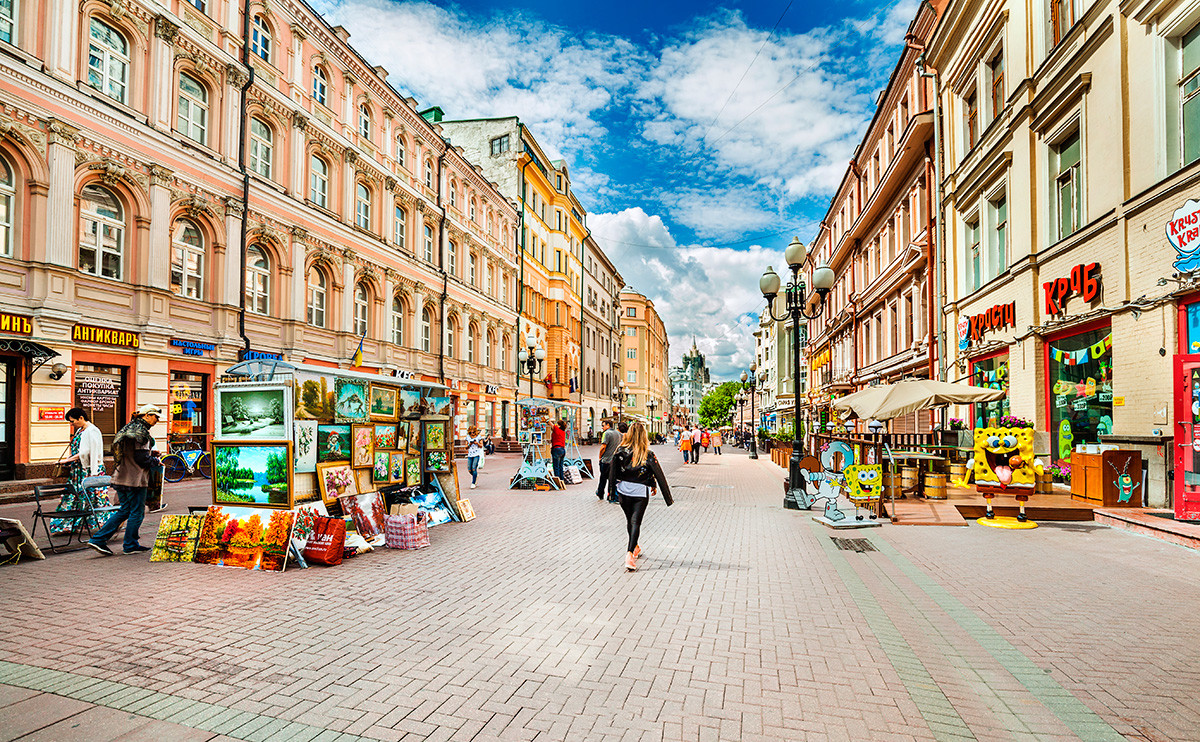 This is another historic and luxurious district, craved by anyone who dreams of settling in Moscow. It stretches from the Moscow Kremlin on the west to the Moscow River in the east, with New Arbat Avenue being its major artery. Here, the famous Spaso House, the residence of the U.S. ambassador to Russia since 1933, is located, as well as other historical landmarks.

As in many other districts in Moscow, Arbat has it all when it comes to real estate: pre-revolutionary houses, Soviet buildings and modern luxury apartment blocks. An average price tag for a square meter of real estate here is $10,000. Yet, naturally, you can find much more expensive housing than that in the area. 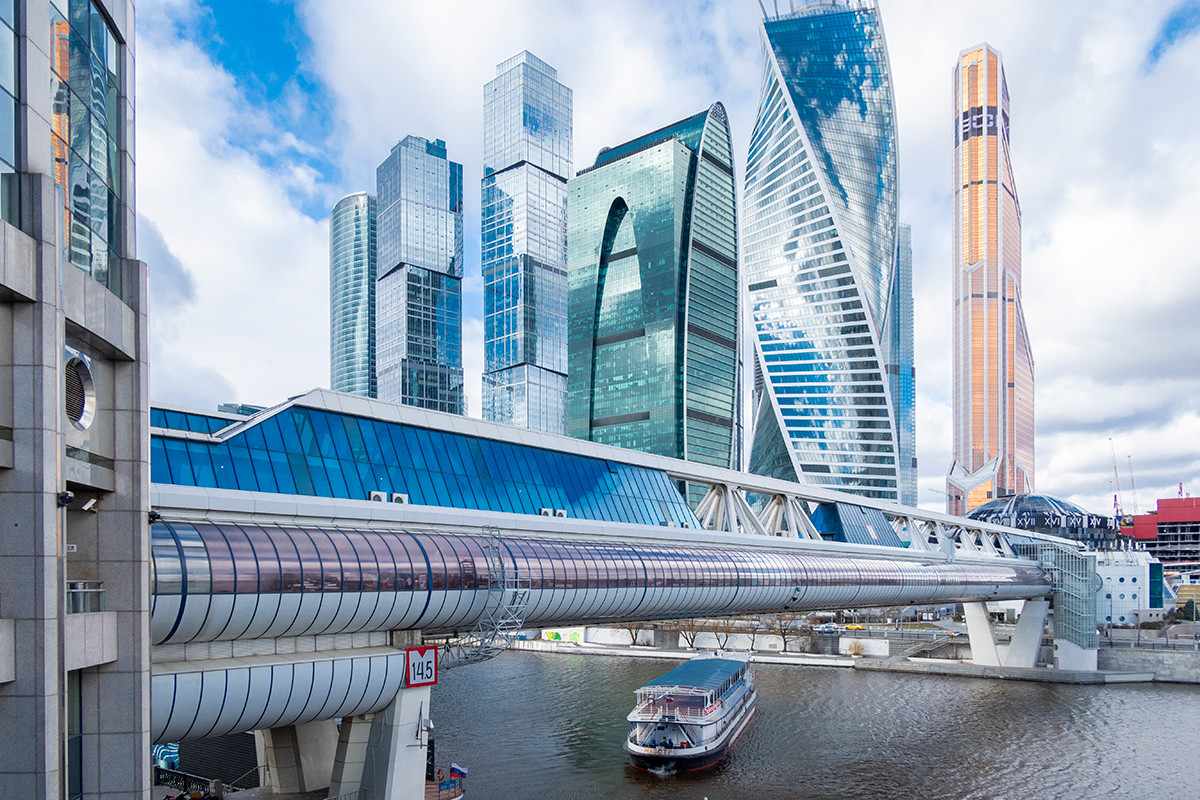 The Presnensky district, as it is officially known, lies to the immediate north of the Arbat district. Although real estate here is generally not as expensive as in the above-mentioned districts, there are two especially affluent areas that make the average price tag skyrocket: Patriarch Ponds and the Moscow City business center, where the famous skyscrapers are located.

One square meter in one of the towers of the Moscow City business center can cost up to $20,000. Considering there are premium apartments that take a whole or even multiple levels, the final price can be extremely high. 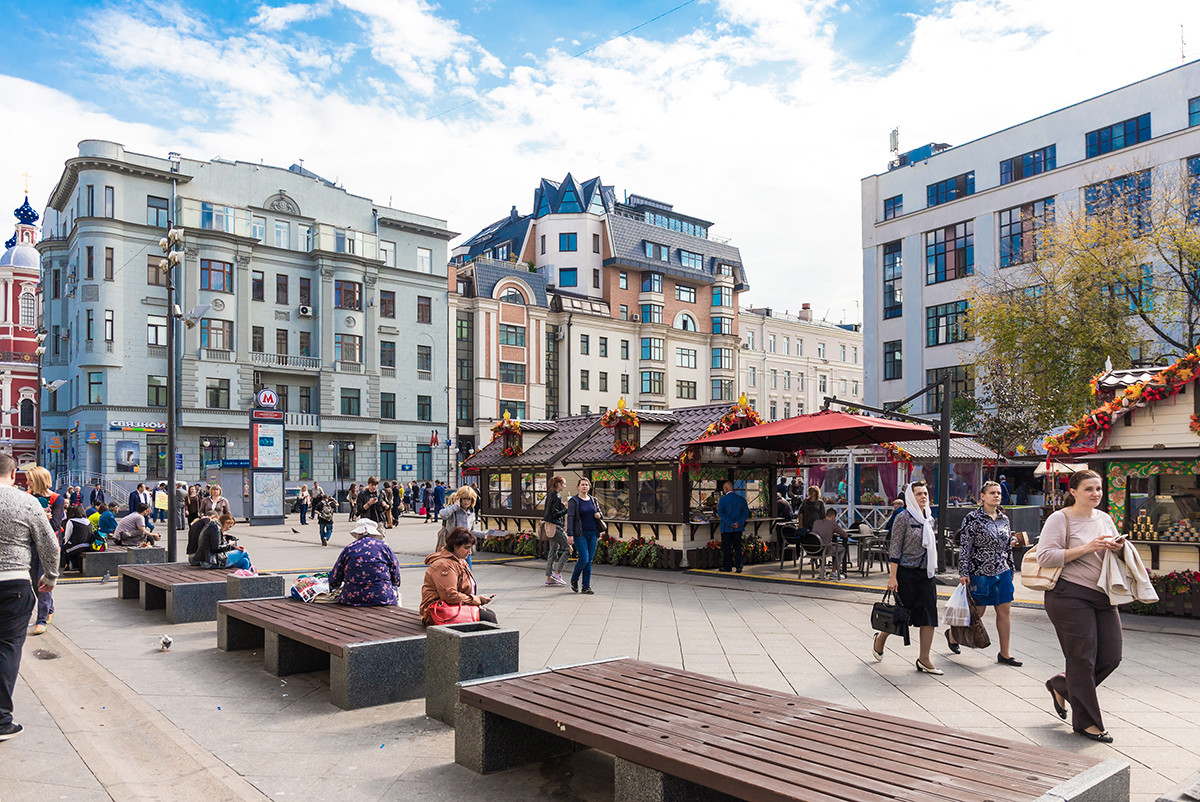 These three districts — two to the north of the Kremlin and one to the south — are all affluent areas of the city. The State Duma and the Governor-General Building (which today is the Moscow Mayor's Office), among other important buildings, are located in Tverskoy district.

These three districts are similar to each other in the sense that they lack vacant land to make major new development projects possible. Instead, a relatively small number of offers is on the market. The average price of one square meter of housing in these areas amounts to $7,300.

Click here to find out what to sightsee on Tverskaya street.