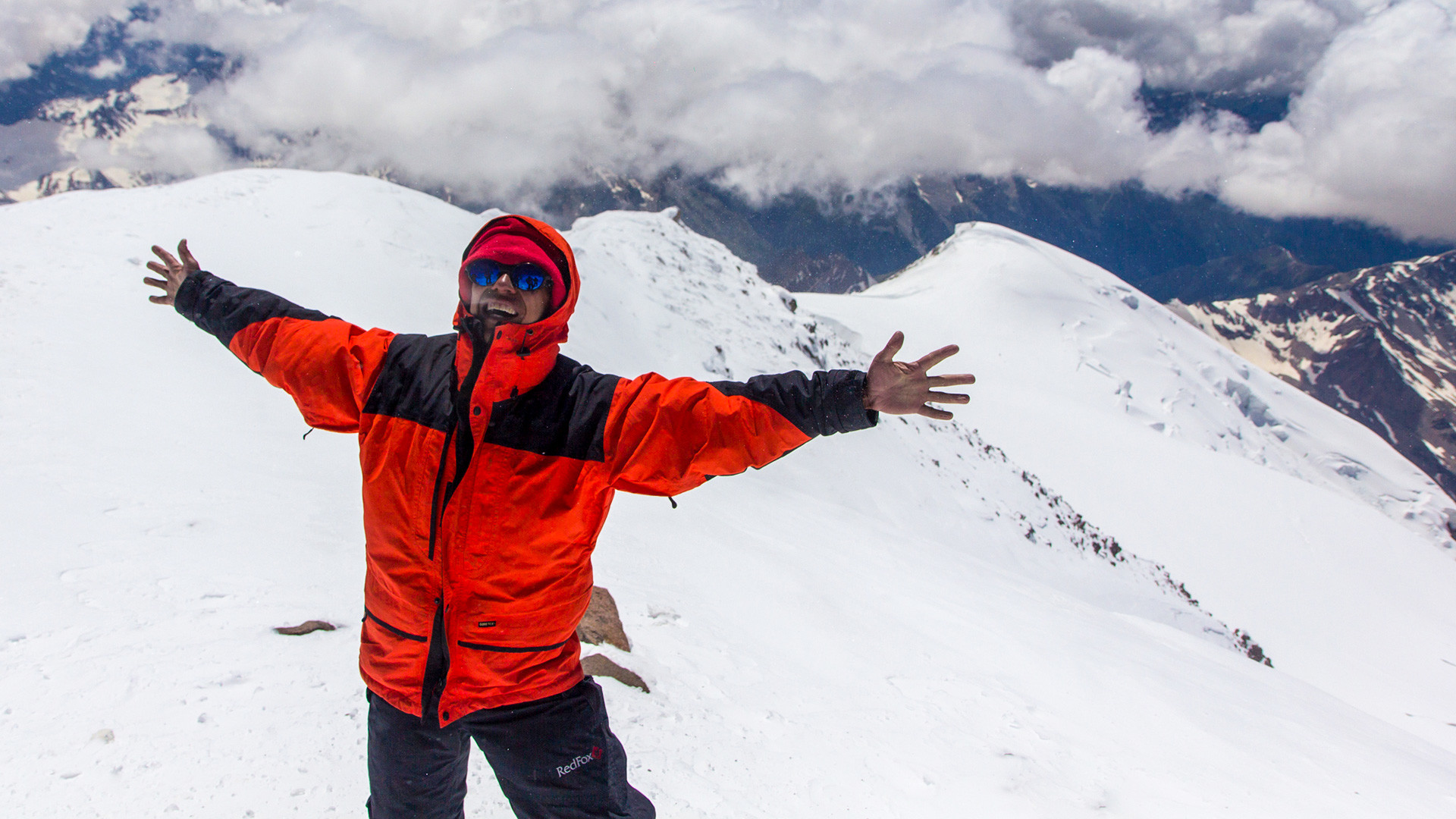 Legion Media
Coming to Russia, you soon realise that it is a little more extreme than you expected. This is especially true of its geography: just when you think the country has reached its limits, it always goes a little further. Here are eight places in Russia where you really can take life to extremes! 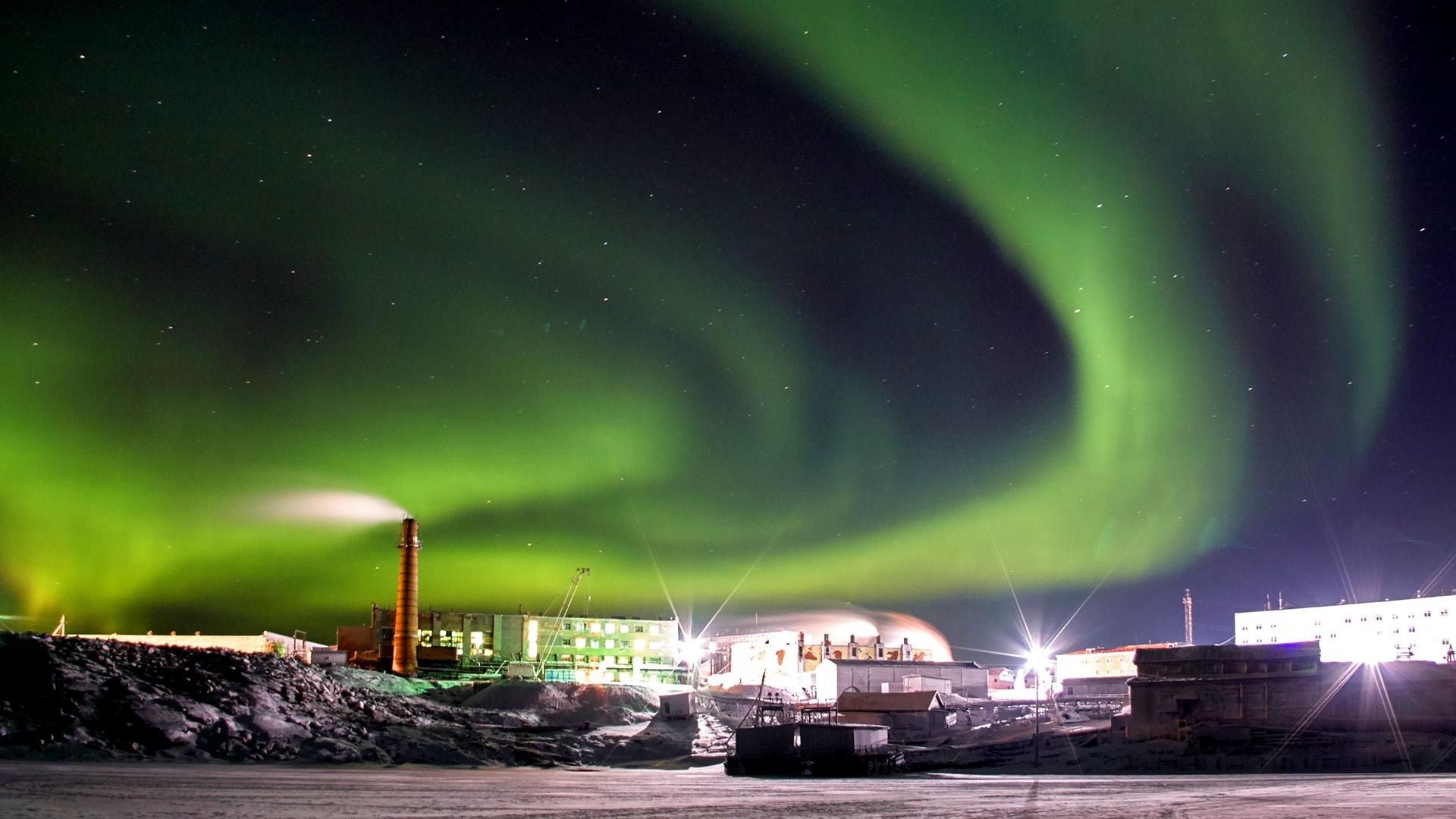 The furthest place above the Arctic Circle that Russians make their homes is not the city of Murmansk, or even the snow-battered former mining town of Norilsk. Further north than either of these places, on the edge of the Taymyr Peninsula in Russia’s extreme north, is the Kara Sea port village of Dikson.

While the geophysical observatory that served the Soviet Union is no more, about 600 people still brave one of the most remote settlements on earth, where the sun falls below the horizon for 82 days each winter. Dikson remains a closed town: you can’t visit without obtaining permission from the Russian Ministry of Defence.

The most northerly village you can freely travel to, however, is Syndassko, also in Krasnoyarsk Krai, further west on the Taymyr Peninsula. 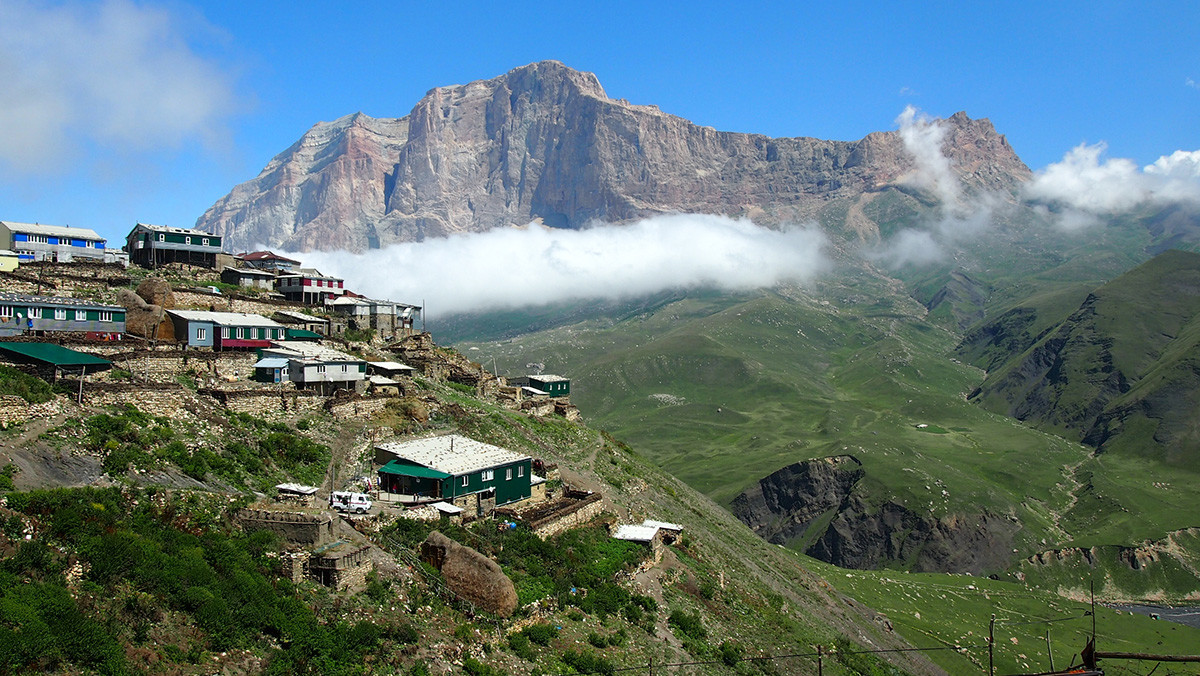 A mention of southern Russia might bring to mind the Cossack heartlands around Rostov-on-Don, or the wild expanses of Khakassia, Altai or Tuva. But Russia reaches much further south than that - all the way down to the sunny republic of Dagestan.

In the very south of the republic, high up on Mount Bazardyuzyu, is the village of Kurush - the last Russian place before Azerbaijan begins on the other side of the mountain.

Kurush is not only famous as Russia’s southernmost settlement: at over 2,500 meters, the people who live there, a community of 800 Dagestani Lezgins (historically also known as Caucasian Albanians, who are predominantly Sunni Muslims and speak the Lezgi language), make up the highest inhabited village in the whole of Europe. 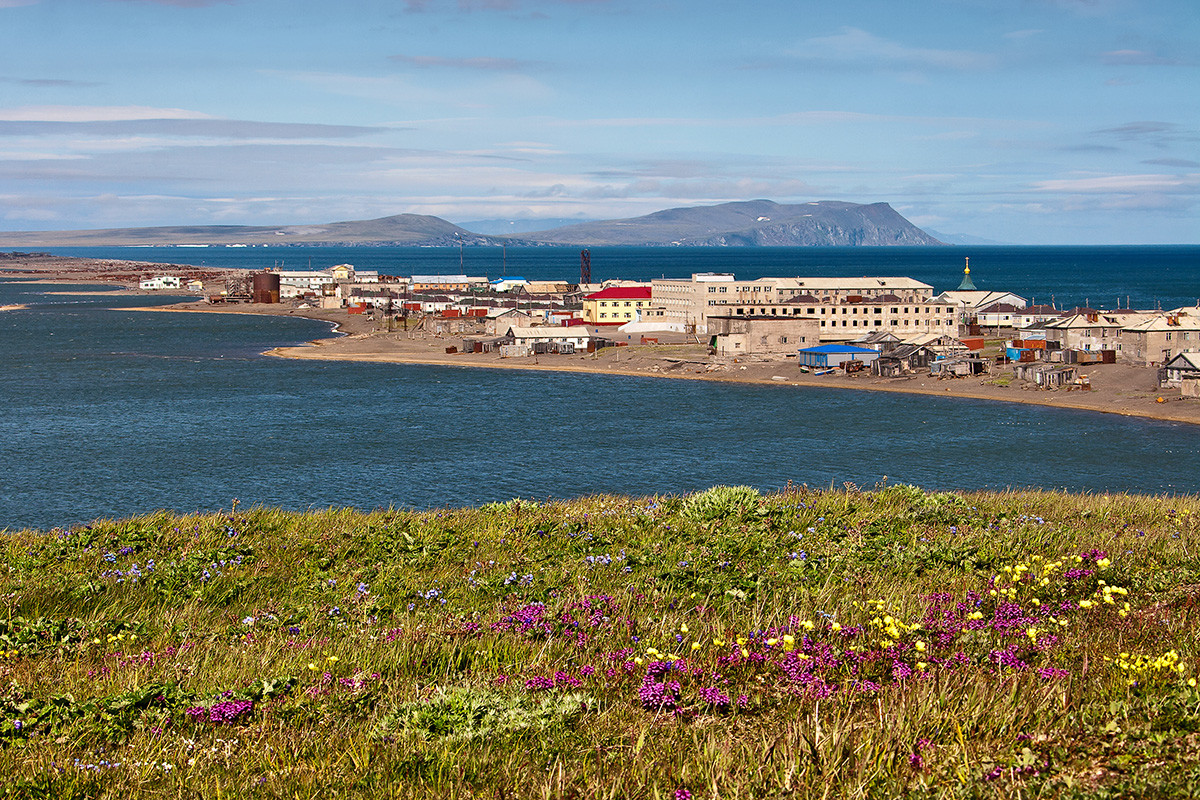 Tales from the Trans-Siberian may tell you otherwise, but Russia keeps going long after Vladivostok. There is a huge expanse of territory even further to the east, including the volcanic island of Sakhalin and the north-eastern peninsula of Chukotka.

On the very edge of Chukotka Autonomous Okrug (to mention its official name), beyond even the town of Anadyr on the shores of the Bering Sea, is Russia’s most easterly place: a settlement called Uelen. The village of Uelen is less than 100 kilometers from the United States: the Alaskan town of Wales is just across the narrow Bering Strait.

The location is so extreme that its 700 inhabitants, from the Siberian Chukchi and Yupik peoples, actually live in the western hemisphere. The international date line has to swerve around them to keep them in a Russian time zone. 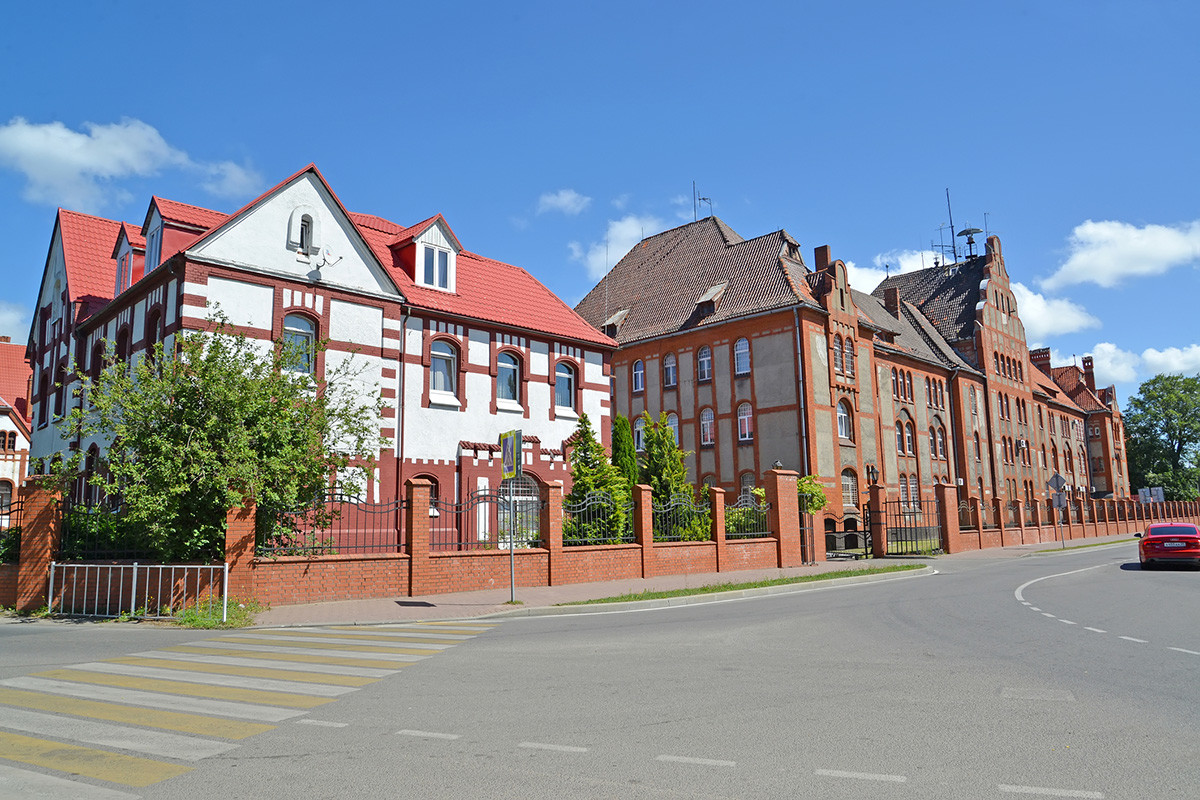 There are no prizes for guessing that Russia’s westernmost point is in the Baltic enclave of Kaliningrad. But you might be surprised to know that this Russian territory stretches further west than Warsaw or Athens. The seaport of Baltiysk, formerly the Prussian town of Pillau, was taken from Germany after World War II. It has become an important base for the Soviet and Russian Navy’s Baltic Fleet and a stopping point for ferries travelling between St. Petersburg and other European cities. 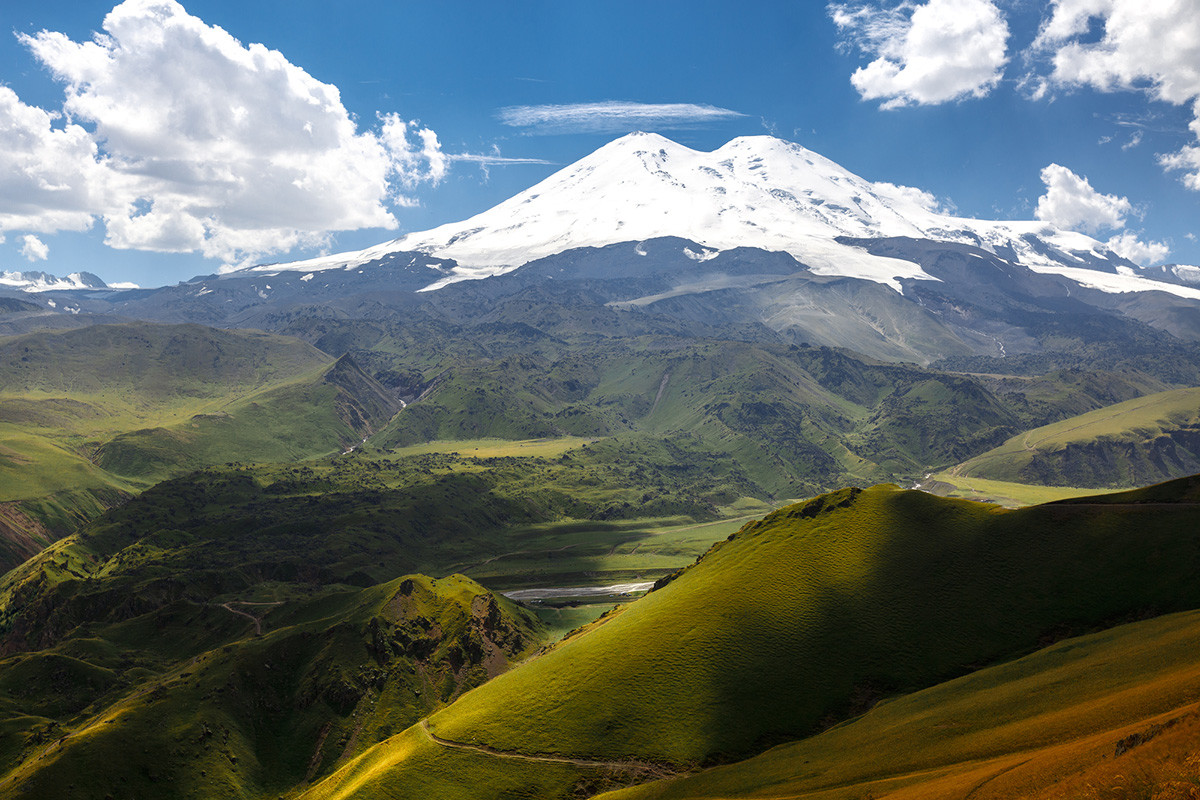 Rising from the republic of Kabardino-Balkaria in the North Caucasus, the western peak of Mount Elbrus is the highest place in Russia. More than that, at 5,642 meters, it is the highest mountain in Europe, over 850 meters taller than France’s Mont Blanc.

So high is Elbrus that from the top you can look down on neighbouring Georgia, just a few kilometers to the south. Not that it’s relatively easy to climb to the top: while several mineral springs are dotted across its slopes, you will have to dodge the clouds of sulphurous gases that are emitted from its eastern face, a reminder that Elbrus is an extinct volcano. 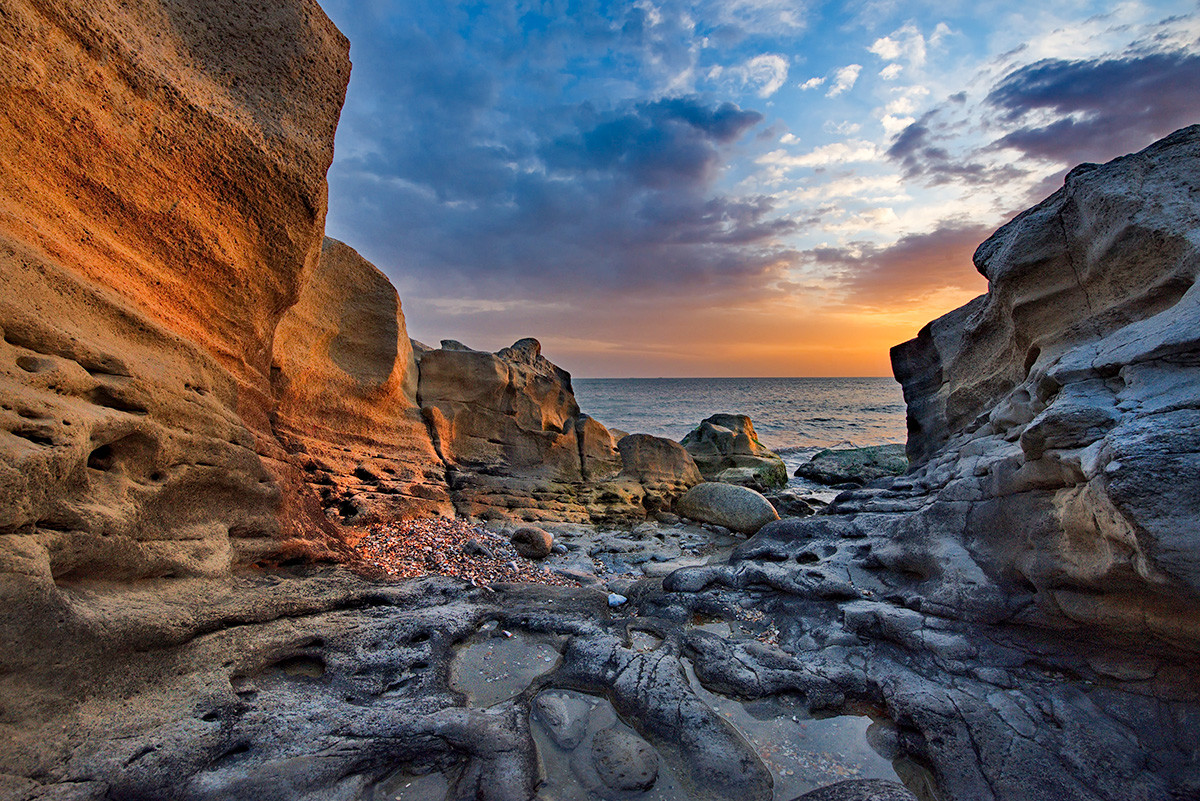 Russia is always playing tricks on your mind and never more so than with its geography. How can it be that as you are standing on the shores of the Caspian Sea - say in the Dagestani towns of Derbent or Makhachkala - you are actually almost 30 meters below sea level? The answer is that the Caspian Sea is not a sea at all, but the world’s biggest lake. As such, its levels are much lower than the ocean.

The part of the Caspian Sea that is in southern Russia is actually one of its highest points: across the water in Kazakhstan, the land falls even further below sea level. 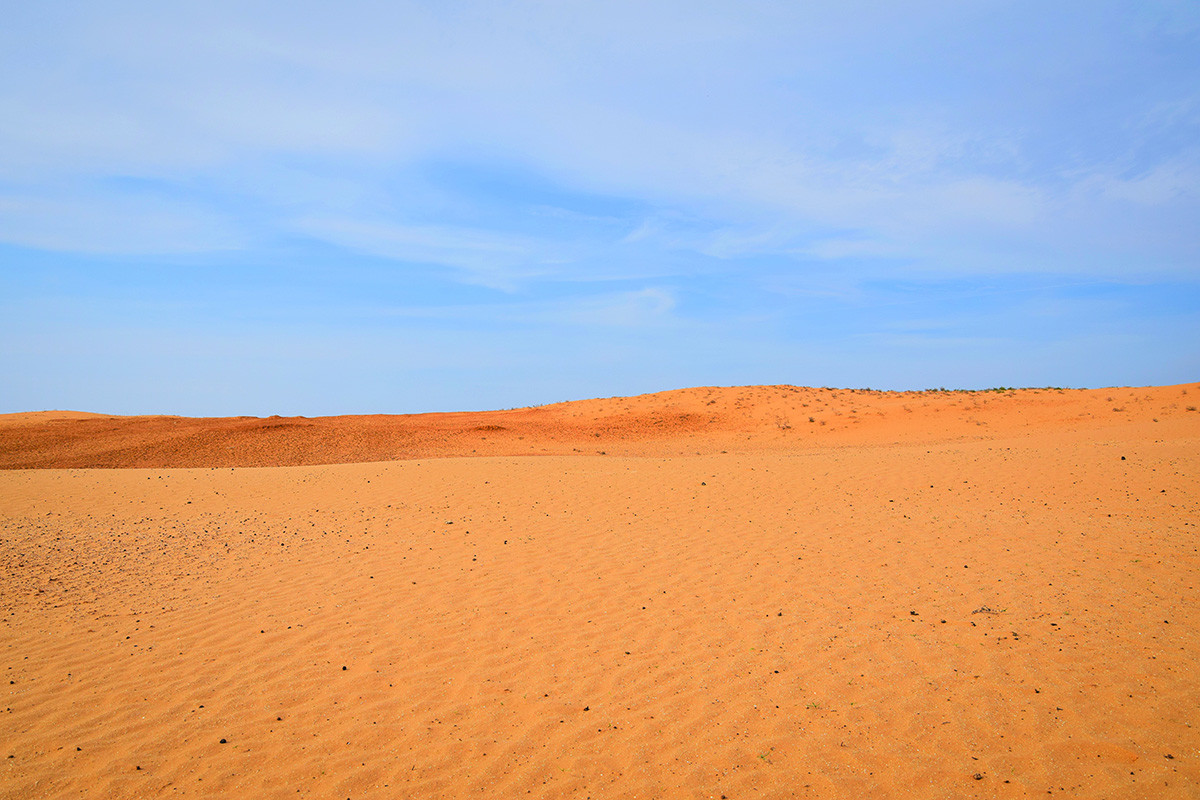 Yashkul may enjoy Russia’s hottest temperatures, but there isn’t much of a trade in watermelons, beach towels or cocktails and there are always plenty of available rooms in August. This is because Yashkul isn’t a glamorous resort near Sochi, but a sleepy town in the republic of Kalmykia.

The intense heat is due to the currents of hot air that blow into Kalmykia every summer from the steppes of southern Russia. Yashkul has recorded Russia’s highest-ever temperature (44.4°C/112°F), as well as having the country’s highest average temperature for July (26°C/79°F). No, those numbers shouldn’t have a minus sign in front of them… 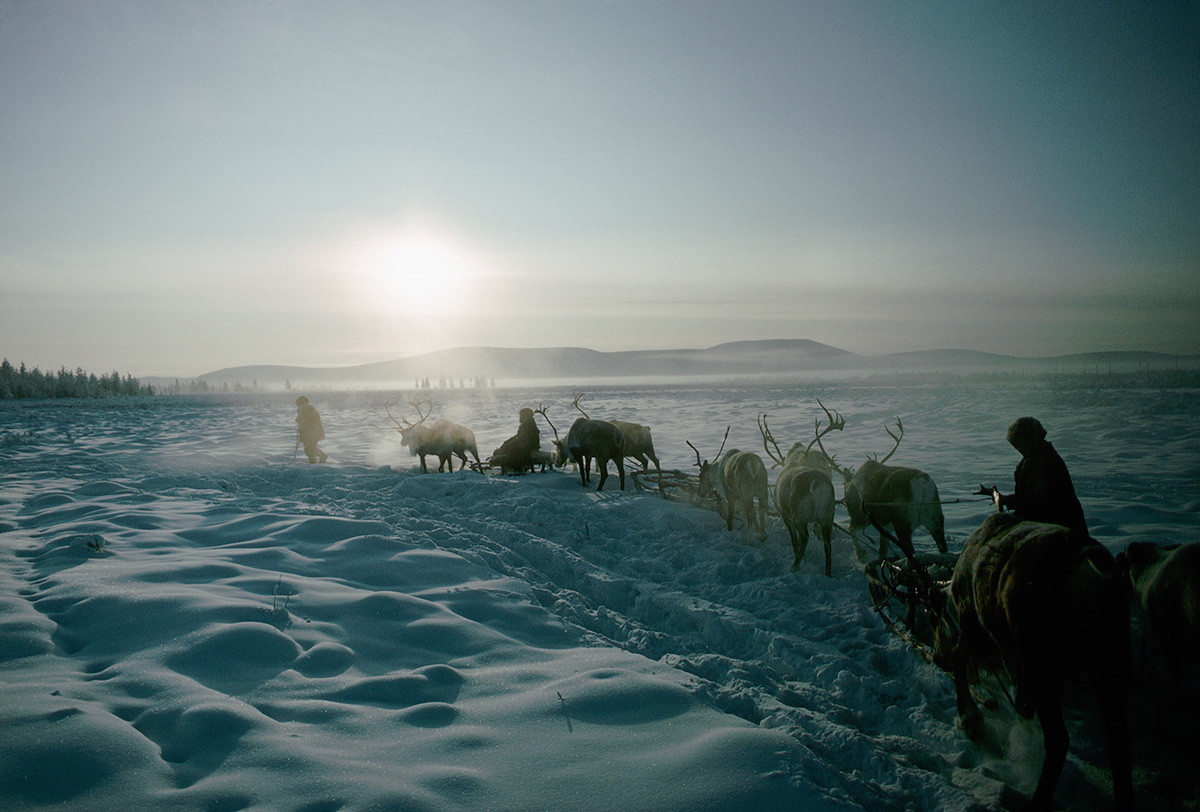 There are also no prizes for guessing that Russia’s coldest town is also the world’s coldest town. The district of Oymyakon, a two-day drive east of Yakutsk in the vast Sakha Republic, is famous - or should that be infamous? - as the most freezing inhabited place on the planet.

It is so cold in Oymyakon that the town’s 800 people keep their cars running 24 hours a day to stop them from freezing. With no chance of growing crops, residents survive on reindeer meat and a dish made from frozen raw fish called stroganina.

READ MORE: What’s it like living in the COLDEST place in Russia? (PHOTOS)