Overcoming the crisis, the Russian way 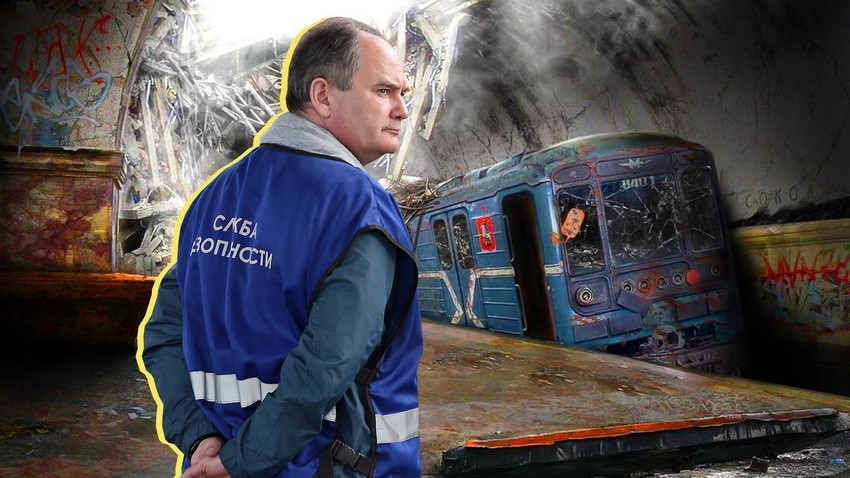 Moskva Agency; Vladimir Manyukhin/artstation.com
There are plenty of reasons in Russian history for the country’s ability to deal with crises. Let’s explore the ancient Russian art of keeping it together when it all goes belly up.

Today, in times of global crisis and uncertainty, the Internet is overflowing with motivational posts and psychological tutorials on pulling it together in hard times. Naturally, Russians must have a say here, too.

What right do we have to talk about “The ancient Russian art of coping?” Take time to think it through: there was not a single generation of Russians that didn’t live through some kind of nationwide or global crisis. Let’s take a look back: before this, there were the financial crises of 2012-2013, and earlier – 2008, before – the crisis of 1998, and even earlier, the USSR collapsed, preceded by the Chernobyl catastrophe, which happened during an already harsh economic meltdown and shortages… You might say in the Soviet people lived relatively fine between World War II and the 1980s – well, if you call living under a totalitarian regime after a devastating military conflict, with the ongoing threat of the Cold War “relatively fine”, we’ll leave it at that.

Even earlier? The Revolutions of 1917 and 1905, and earlier, the economic downfall that happened after the abolishment of serfdom… Ask any Russian babushka, and they’ll have some useful advice for overcoming the crisis – purely from life experience. And they may even be better at it than your wisecracking life coaches. 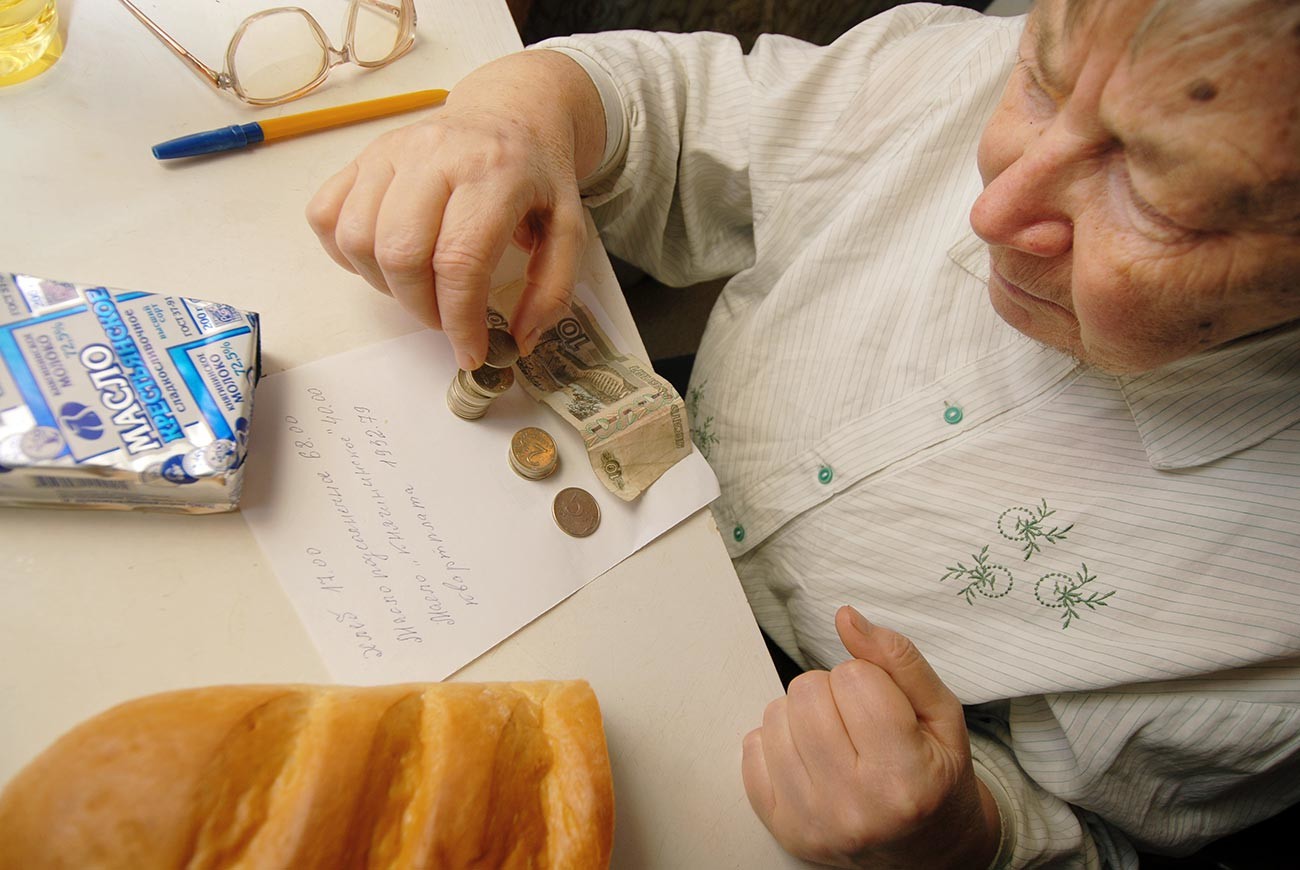 Because of the events listed above, the majority of Russians never had much or saved much. As a result, they learned to be prudent, genetically. It may not seem so at first sight, after you’ve seen some of our compatriots squander millions on parties and private jets. But you know who are the most profligate people? The ones who have been poor recently. You’d be surprised at how many Russians really know how to peel potatoes without removing parts of the pulp. Or survive on $10 for a week. No, it’s not that we have to use these “skills”. But knowing them helps.

And if you don’t have anything, you have nothing to lose. In the previous centuries, notorious Russian and Soviet criminals didn’t like to boast about their treasures and riches – on the contrary, their criminal code demanded of them not to have any property or possessions.

2. Stick to your home and friends 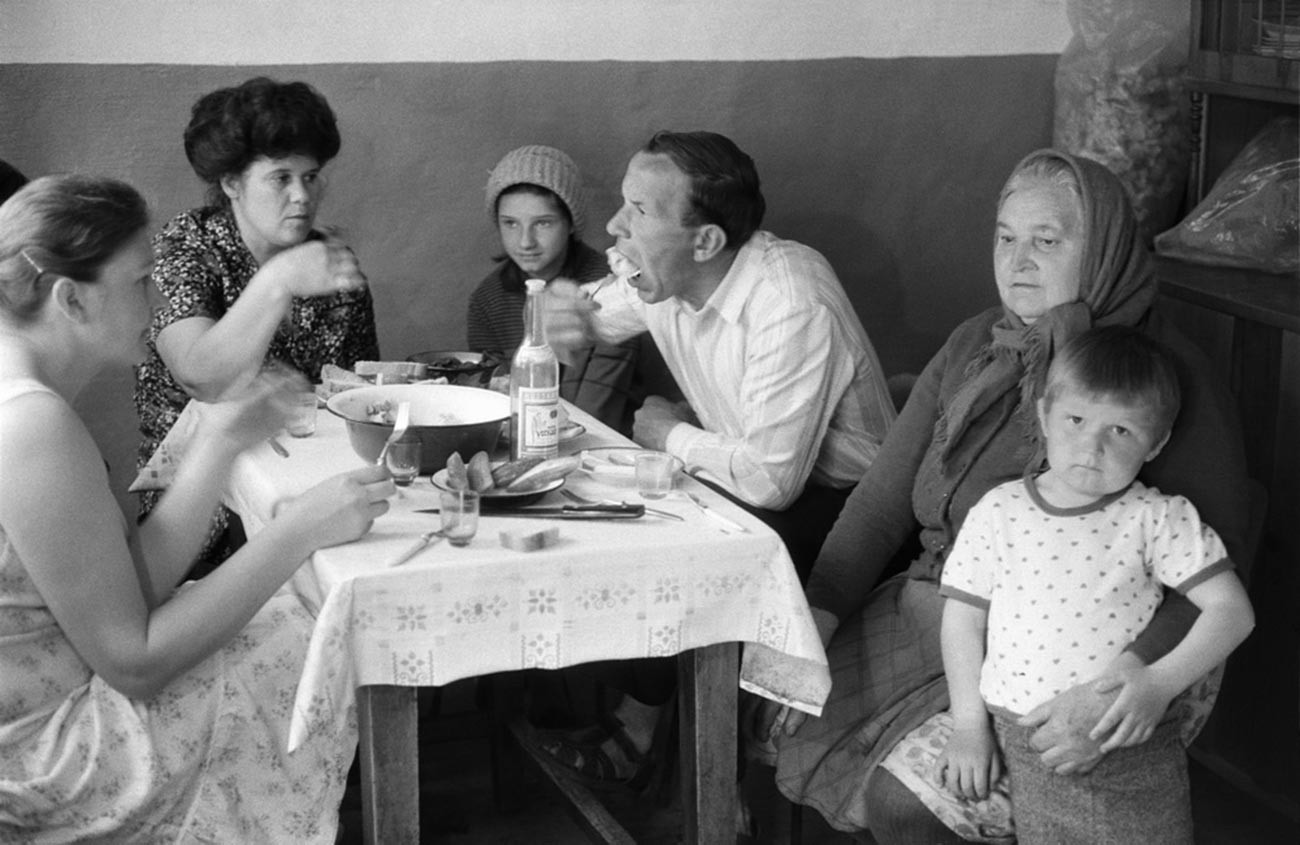 In the list of countries by population density, Russia occupies 181st place. Almost two thirds of the country’s territory are hard-to-reach areas. It is a natural-born Russian skill to live in sparsely populated places. And learn how to survive not completely on your own, but with very few people around. That’s when your home becomes your fortress, and your neighbors and family become your team. In Tsarist Russia, simple peasants didn’t live by themselves – they were always part of the village community, called obshchina (“община”, literally “community”). When there are sometimes hundreds of kilometers to the nearest village from yours, communal living becomes a necessity.

Also, the Soviet government’s policy of providing its citizens with housing strangely resembled the serfdom system: people received an apartment, and although it didn’t belong to them, it had to be registered in their name (that was called propiska). And there was no real estate market back in Soviet times – basically, a propiska meant you couldn’t move during your lifetime. Oh, only if the state decided to relocate you to another job.

3. Keep your wealth in stable assets 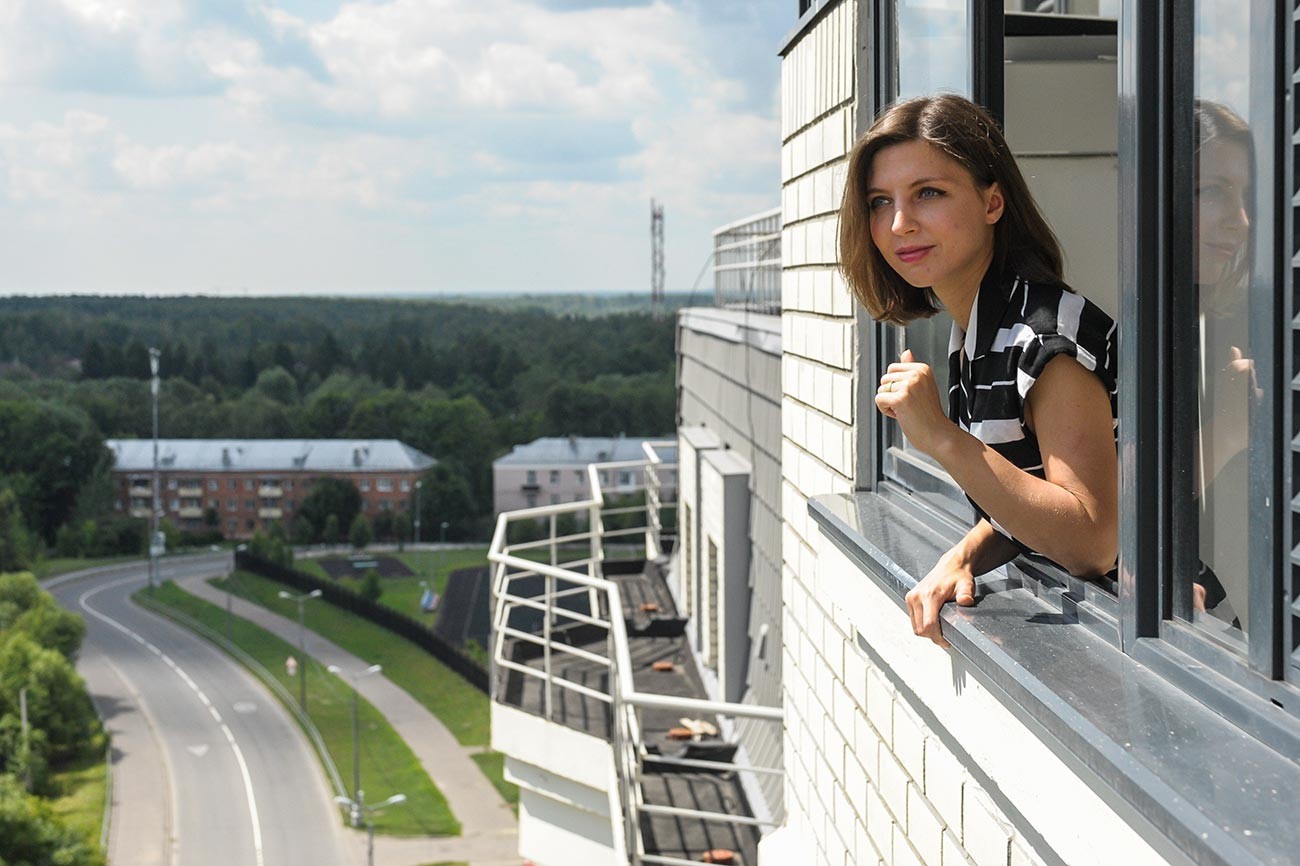 As you probably could understand by now, there was never a stable financial market in Russia. Basically, most Russians were always in some form of debt. So for the little we had, we had to find a really stable asset that no one could take away. For centuries, such an asset was their personal small plot of land.

Russian village peasants worked on the lands that belonged to their landlords, but there were also their tiny plots of land that they lived on, had their houses built on, and planted some vegetables on. These plots, the houses, and the personal belongings were all that most Russians really owned. And in post-Soviet Russia, after the mass privatization of houses and apartments, personal living quarters remain the most stable asset for those of us who own it – more than half of the population, or approximately 78.8 million people are currently direct owners of apartments or houses.

But remember also that 46% of Russians also own a dacha, a country house, which takes us to the next Russian advice.

4. Have a shelter ready 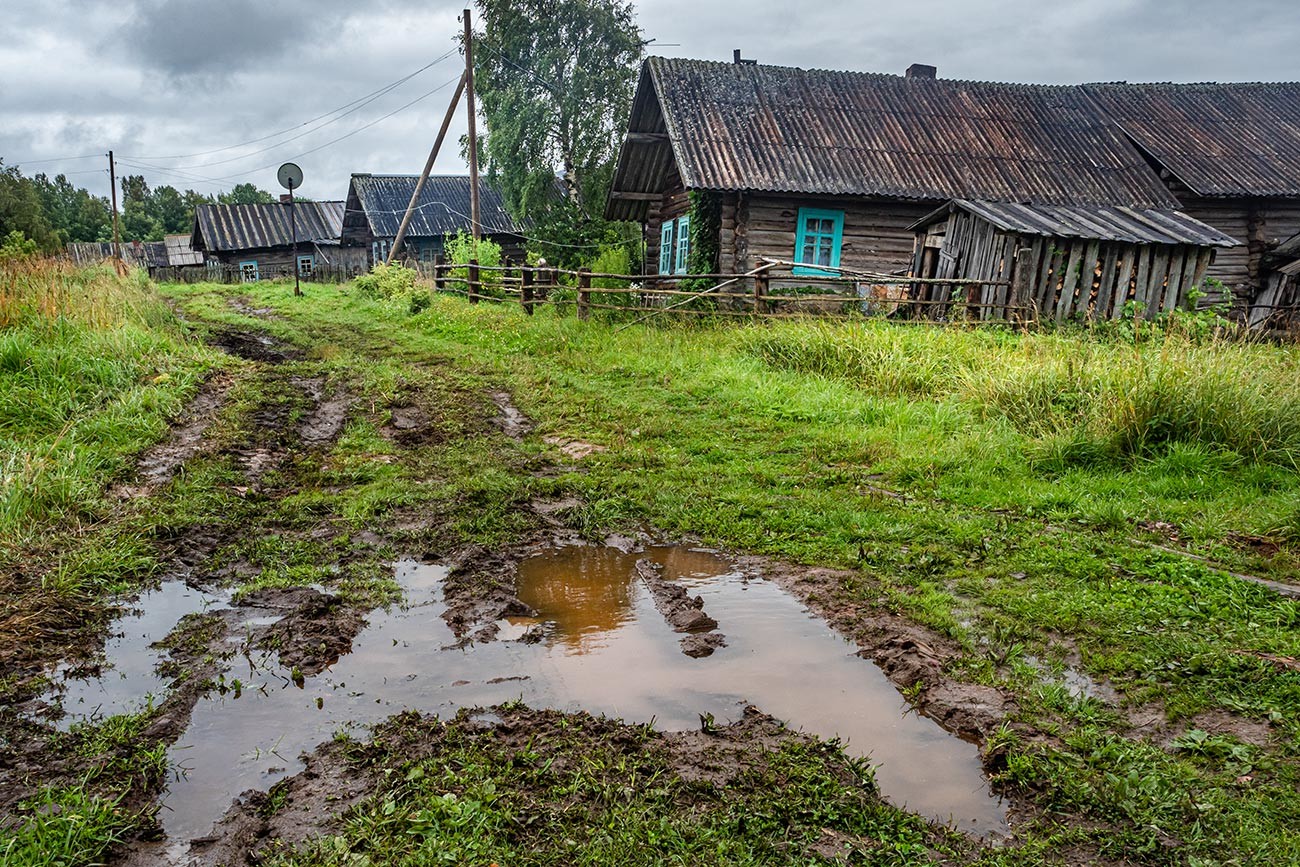 Retreating back into the country has long been the favorite tactical military technique of Russian commanders. Naturally, because they could. When you’re operating on the largest part on the world’s land, there’s always some space. And that’s how Russians defeated two of the world’s biggest armies, Napoleon’s and Hitler’s – by retreating into the country and wearing the enemy out, in order to strike back when it was emaciated.

So, when you’ve had enough of it all, retreat to the dacha. And when it’s too expensive to live and feed yourself in the city, go to the country – but be ready to learn how to get busy on your own. 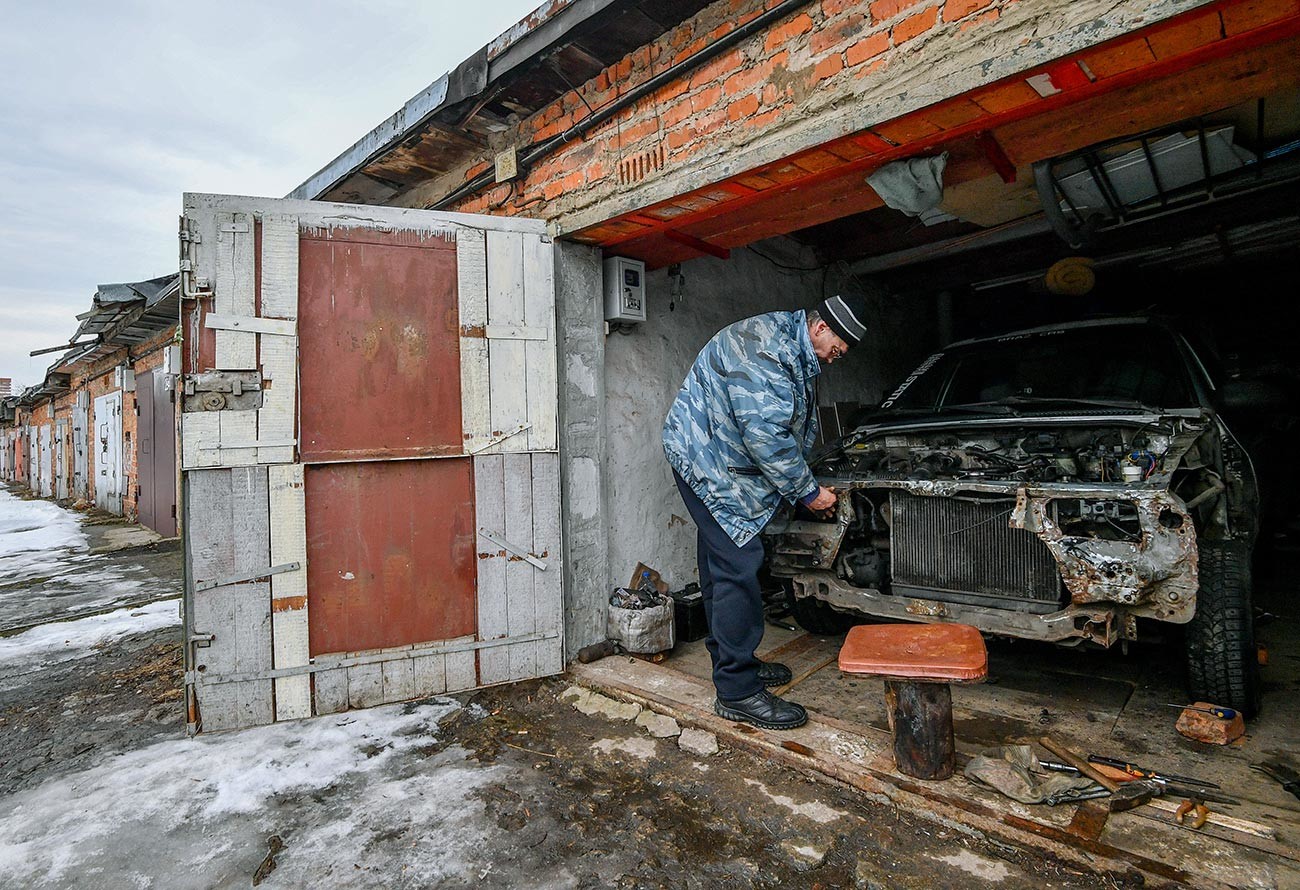 How could the vast lands Russia have been explored, populated and civilized, if every step had to be approved by the authorities? In the past, when it took months for correspondence to reach remote areas, many Russian people had to act on their own, at their own risk, make their own decisions and have their own skin in the game. And it was not just: “I’ll find something to do, to while away the time.”

83-year-old Ekaterina Dzalaeva, an Ossetian postwoman, who spent half a century walking a 40 km route to deliver mail to mountain villages, says it’s easier for her “to be out and about, talking to people” and doing her job.

A 2016 sociological research of the so-called “garage economics” in the Russian regions showed that, for example, in Samara Region, 40% of the car parts were produced in private workshops, and in Ulyanovsk Region, private production made up 80% of all furniture production in the region. According to other researches, about 25% of the working population in Russia (ca. 15-17 million people) are currently self-employed.

But being self-employed means it’s vital to have communication skills, or simply, to be sociable. 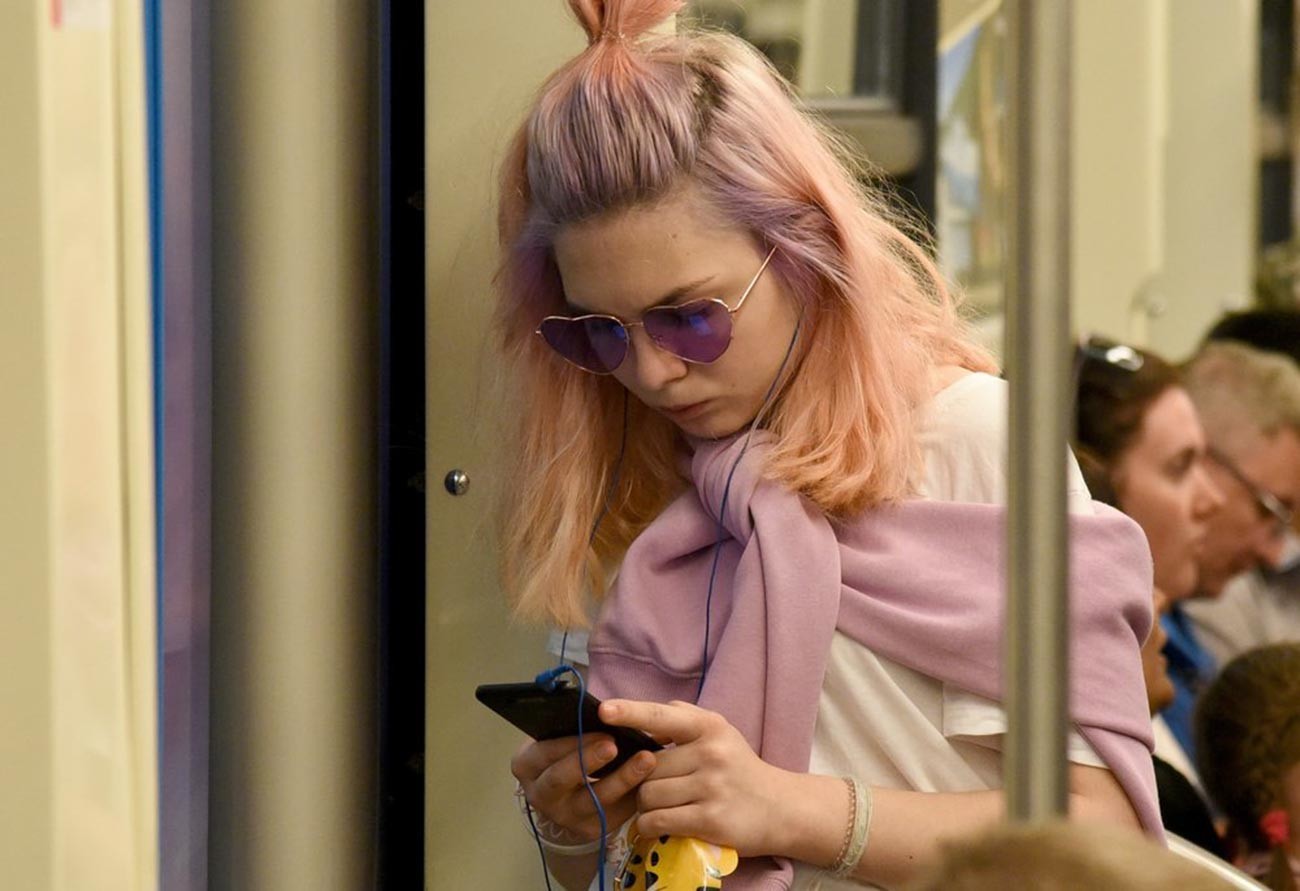 Recently, a hired plumber fixed my bathtub, and I witnessed him wonderfully perform a difficult and complicated job. The next time I need help with plumbing, I’d rather call him personally, than through his company; and he may also give me numbers of his pals who can help me with changing window frames or something, and this kind of “I know a guy who knows a guy” thing goes on and on. In times of any crisis, this network would work even without money; but Russian mutual help is not for loners – you have to mingle with people in order to get into the network. It’s probably inherited from the obshchina times, anyway.

But how about it right now, in 2020, during the coronavirus epidemic? Well, according to Russian analytics, over 80% of Russians are using the Internet, and 65% do it daily. From March 23 to April 12, Russian schools are on vacation because of coronavirus – and millions of schoolchildren are getting ready to study online, using multiple co-studying platforms, video streaming, messengers, etc. – all of them have already been integrated into the studying process. Many high school students are switching to distance learning, also. So, mingling is not always about physical interaction.

7. Laugh; but you don’t have to smile 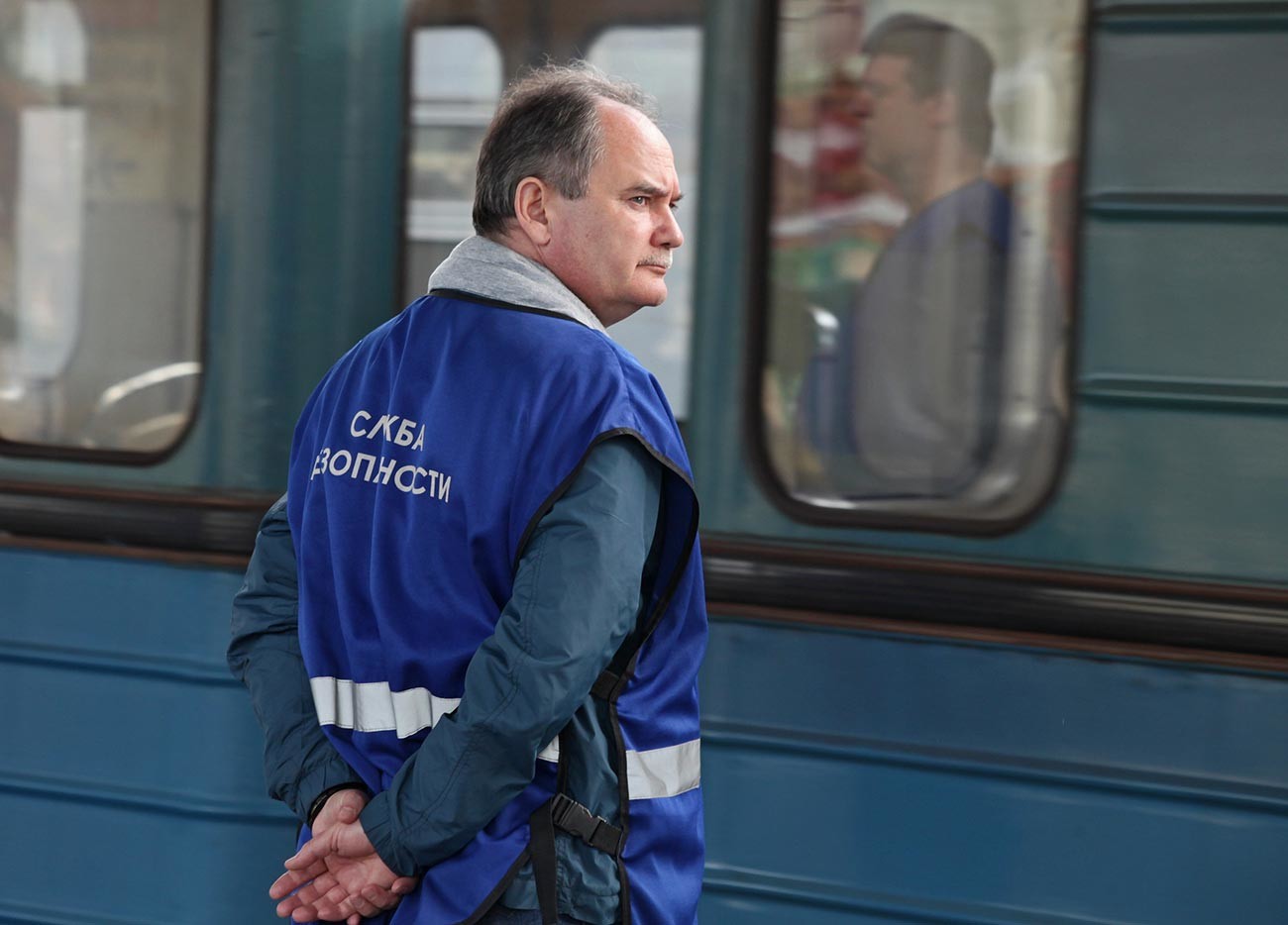 “We never lived good – and it’s no use starting now” is a grim Russian proverb, but when things are really dire, it can help to cope. Every epoch of Russian history has its “local” jokes, and the current situation with coronavirus is no exception. So, approaching the situation with humor is always a good idea. But, instead of a happy smile, you can simply wear a grin.

But in times like these, you can also allow yourself to wear a “Russian face” and not smile. It really helps not to fake good spirits when you’re struggling. And being good-natured and supportive does not require grinning like a madman all the time. Keep it cool.