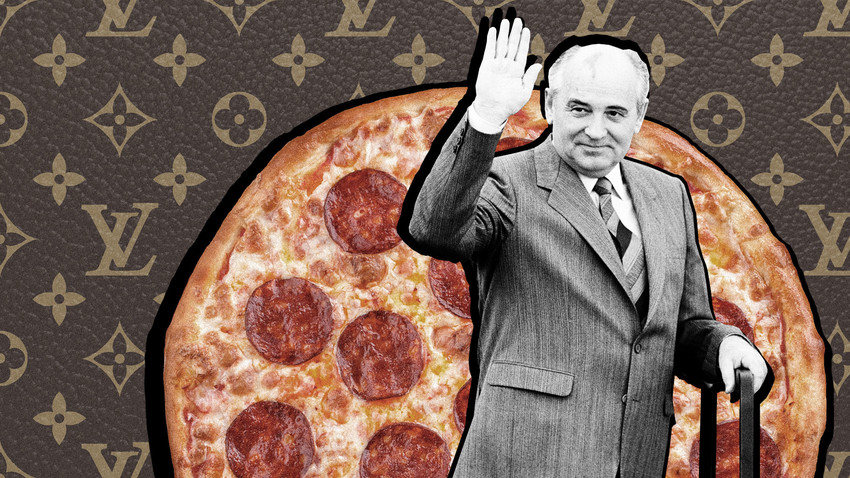 Kira Lisitskaya (Photo: Vladimir Rodionov/Sputnik, Vector.me, Legion Media)
The former Soviet leader Mikhail Gorbachev made waves when he appeared in ad campaigns for western brands. But why did he do it?

The Soviet Union’s first and last president Mikhail Gorbachev raised a few eyebrows when he appeared in a Pizza Hut television commercial in 1997.

Apparently, it was a good deal for both parties. Gorbachev needed to raise money for his international humanitarian and environmental projects, while Pizza Hut needed advertising to target consumers. Nothing personal, as they say, just business.

“Sometimes nothing brings people together like a nice hot pizza from Pizza Hut,” teases the 60-second commercial. 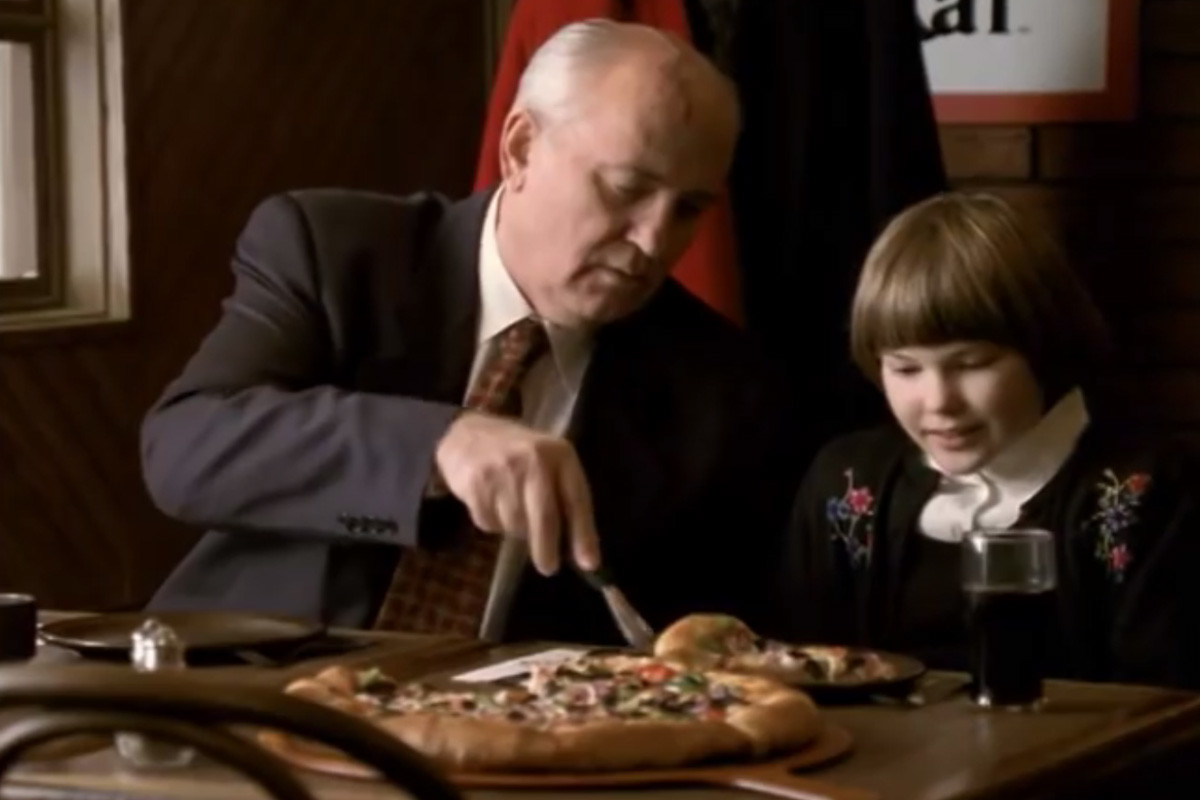 It opens with a series of clips of key Moscow landmarks – the Cathedral of Christ the Savior and St. Basil’s Cathedral. The camera then zooms out to reveal two lonely figures sheltering under an umbrella as they stroll through the Red Square. Those appear to be Mikhail Gorbachev and his charming granddaughter, looking very much like her stylish grandmother, Raisa Gorbacheva. The pair enter a Pizza Hut restaurant just a few steps away from the Red Square. A Russian family sitting at a table spots Gorbachev, who is now sharing pizza with his granddaughter, and begins to argue about whether his legacy was benign or malicious for the country.

“… Because of him we have economic confusion and political instability!” one middle-aged man complains, striking the first blow in the war of words.

“… Because of him we have opportunity and freedom,” the younger one fires back.

“… Because of him we have many things… like Pizza Hut,” an old lady notes.

The debate ends there, with everyone chanting “Hail to Gorbachev!” The ad became a hit.

In fact, the Pizza Hut commercial mirrored the everyday reality of millions of those who blamed Gorbachev for all their woes and those who said that he was their hero.

Gorbachev was put in charge of the USSR in 1985 and headed the country until the collapse of the Soviet Union in 1991. He made his reputation as a politician who initiated the fall of the Iron Curtain and the Berlin Wall. He pushed breakthrough policies (perestroika and glasnost) that promised big changes and captured the hopes and aspirations of millions of Soviet people. In reality, according to many, Gorbachev opened Pandora’s box with his reforms. Perestroika was designed to end several decades of economic stagnation and revamp the domestic and foreign economy, while the policy of glasnost allowed unprecedented freedom of opinion. But, as they say, the road to hell is paved with good intentions and many plans proved impossible to fulfill. In the late 1980s, people worked several jobs to support their families and rebuild their lives, families fell apart, dreams were broken. The abrupt changes resulted in food shortages, gradually causing “economic confusion and political instability”, becoming a catalyst for the dissolution of the USSR.

Decades after the collapse of the Soviet Union, Russians still remain divided over his controversial legacy.

But Pizza Hut isn’t the only time the former leader of the Soviet Union starred in a TV advertisement.

The advertisement features Gorbachev in the passenger seat of a car passing the iconic Berlin Wall with a signature Vuitton bag at his side.

The ads, shot by Annie Leibovitz, highlights the concept of travel in comfort.

Vuitton said it made donations to the Green Cross International founded by Gorbachev in 1993 to address challenges of security, poverty and environmental pollution. It didn’t disclose the amount of the donations.

The Gorbachev Foundation was founded in 1991, after the Soviet Union’s first president was ousted from power. It conducts “research into social, economic and political problems of critical importance in Russian and world history”. Gorbachev, who recently turned 90, remains the president of the foundation to this day.