Why are Russians so obsessed with soups? 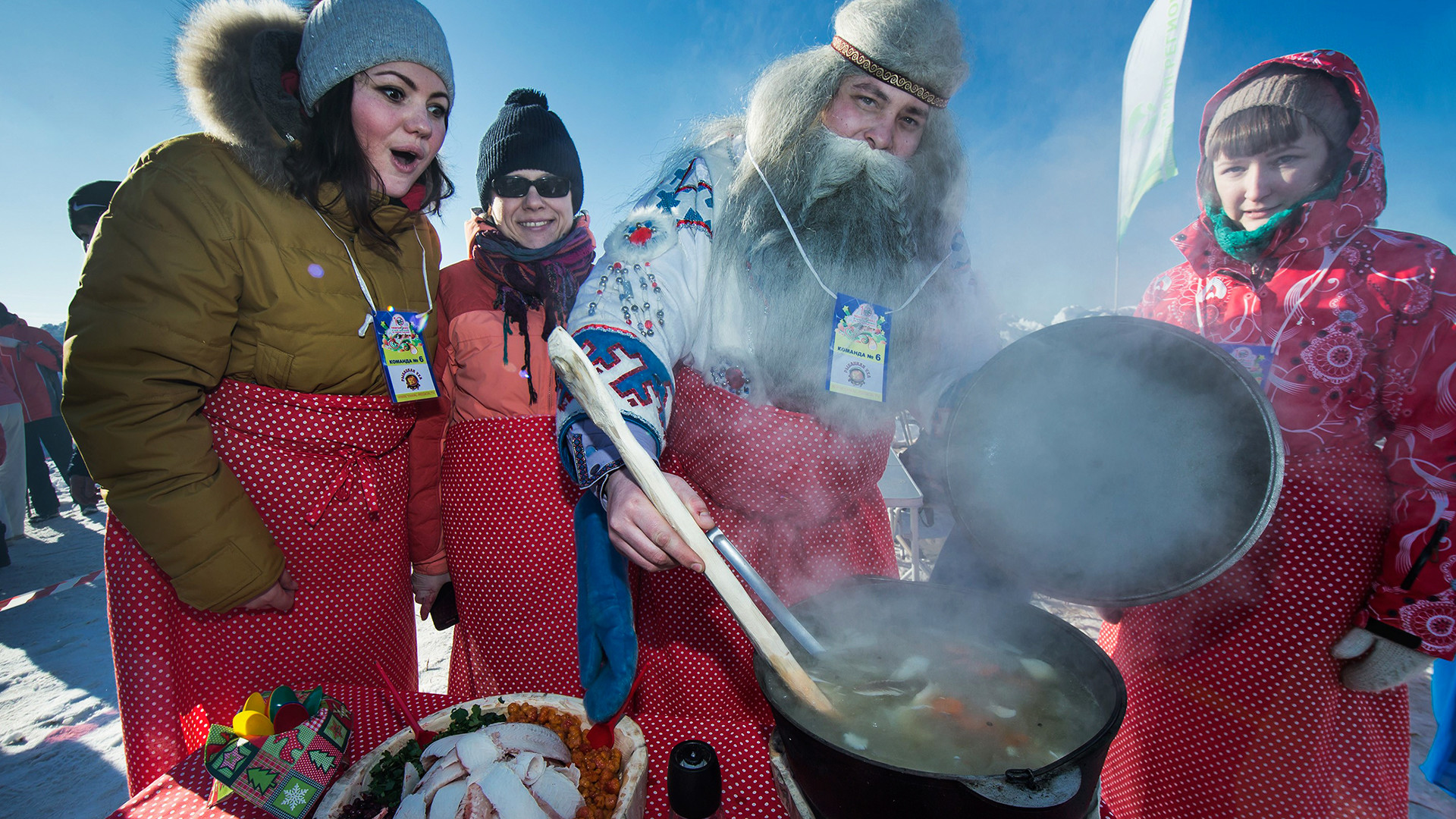 Getty Images
Most Russians cannot imagine lunch without a hearty and filling soup, which isn’t really a problem since they have dozens to choose from! What’s the story behind this culinary tradition?

In Russia, soups are the basis of all the national cuisine. They are made everywhere. At home, in restaurants and in business center canteens with many different kinds on the menu from meat rassolnik to fish solyanka to vegetable shchi. Unlike in many other national cuisines, in Slavic cultures soups are considered a main course, not just a starter, and they can easily replace a whole lunch or dinner. What’s behind this extraordinary popularity of soup?

Warm from the inside out 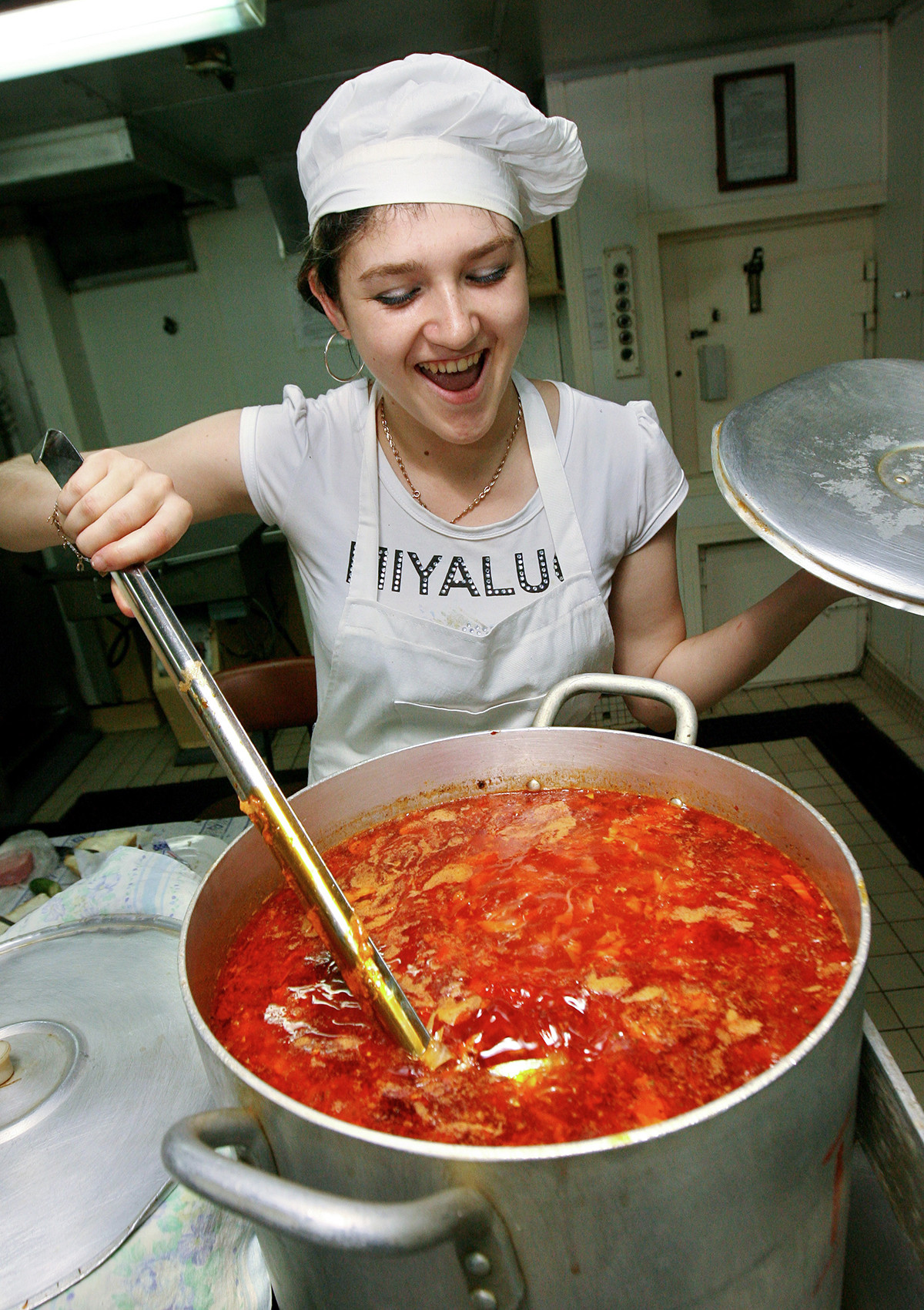 It rarely gets very hot in Russia, even in the Caucasus. Rain, wind and frost are much more common in most regions. And so what do you do when you absolutely MUST get up and go to work? And not in a warm office like we have now, but somewhere out in an open air field or in a big cold factory. At lunchtime or when people came home to get a break from this cold, they really wanted to warm up as much and as quickly as possible, and a thick, nourishing soup was the best way to do this. A good soup warms you from the inside and helps you quickly gather back your strength. 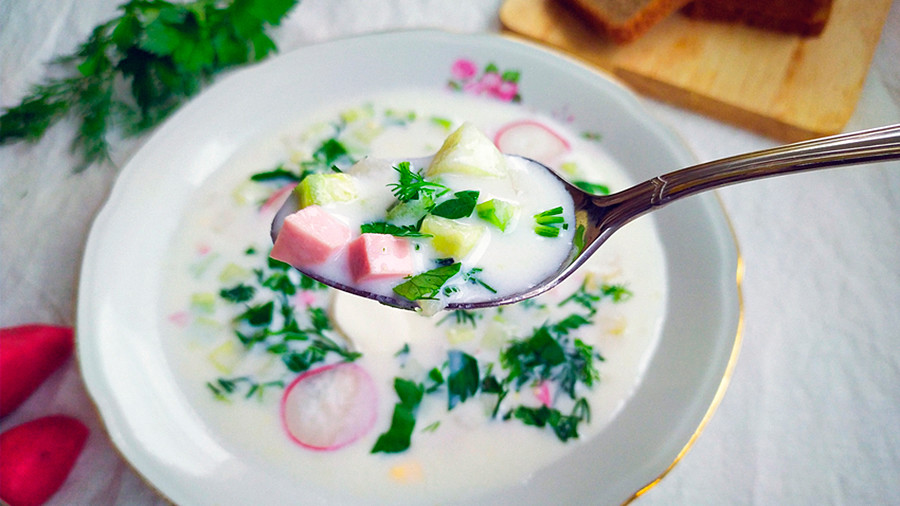 There are cold soups in Russian cuisine too, but these can basically be counted just on one hand: svekolnik (or kholodnik, a cold version of borscht), okroshka (a kind of a salad with kvas that resembles a sort of soda drink on bread), botvinya and turya.

Liquid food is good for the stomach 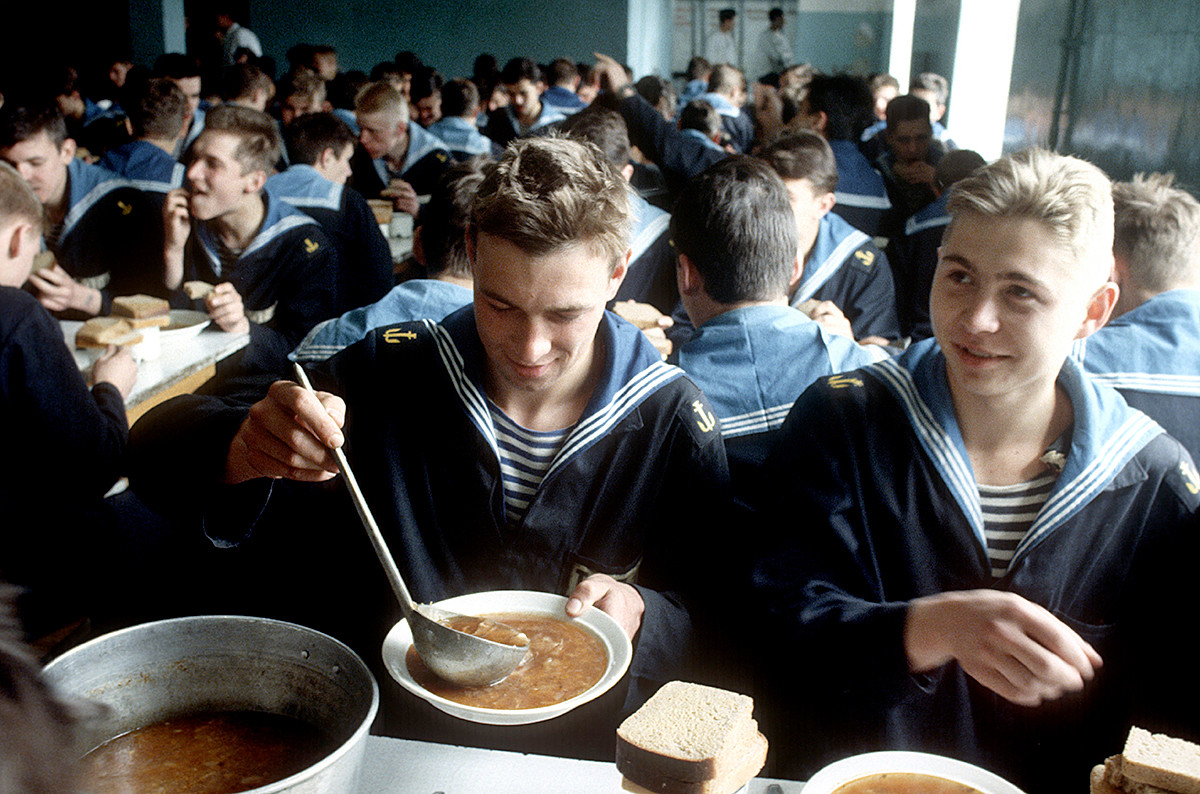 Russians grow up hearing from older relatives that you will get a stomach ulcer if you do not eat soup. While this advice now seems rather controversial since we know ulcers are caused by certain bacteria in the gut, in addition to bad eating habits. However, it is true that the digestibility of some vegetables (beets, carrots, potatoes) is higher in boiled and liquid form. Of course, broth — real broth from bones, not from cubes — is also very healthy and contains lots of collagen, which is useful for joints. 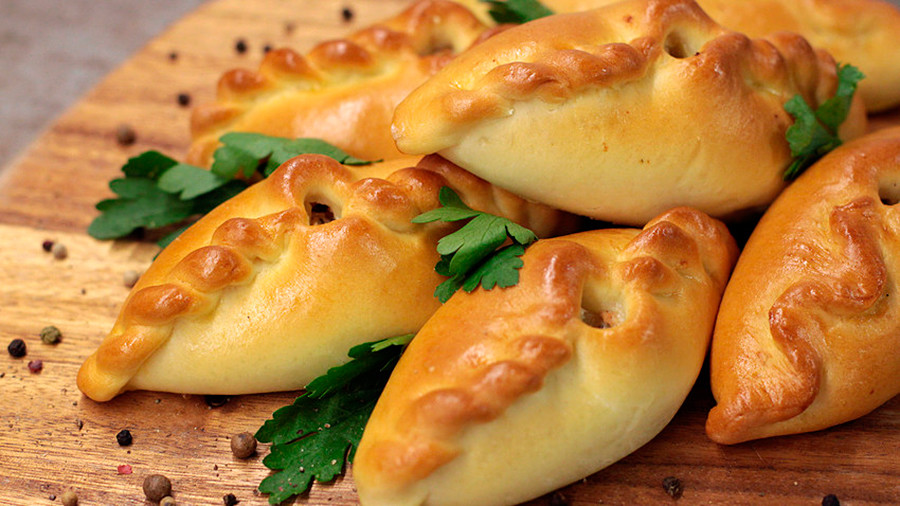 There is another reason soups are considered so good though, and that is the great importance placed on bread in the Russian diet. Loaves, pies and crackers were eaten not only at home, but also taken to work and on trips. It was believed that one should not eat bread dry on its own, but only with a liquid such as tea or soup. 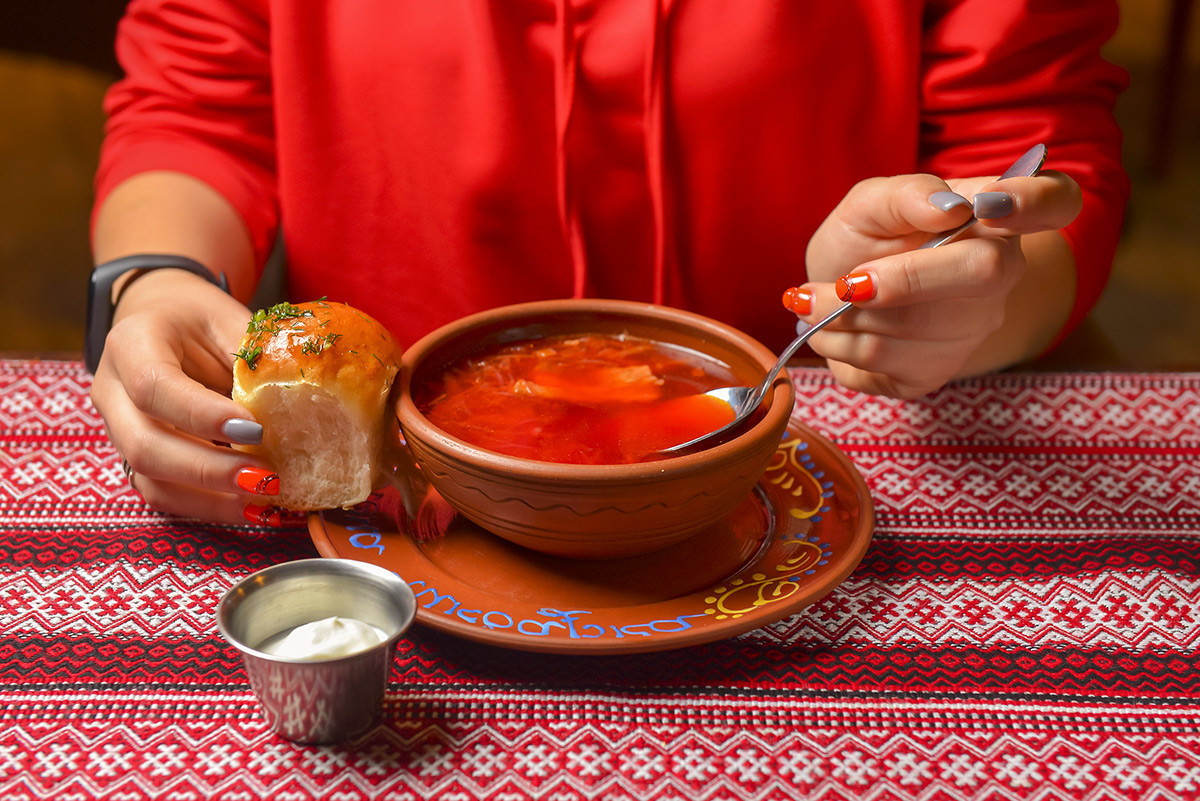 For this reason, soups are historically served with bread, a tradition that continues even today in modern restaurants. For example, the fish soup ukha is served with a rasstegai pie, beetroot borscht comes with a “pampushka” bun, and cabbage shchi is accompanied by rye bread. 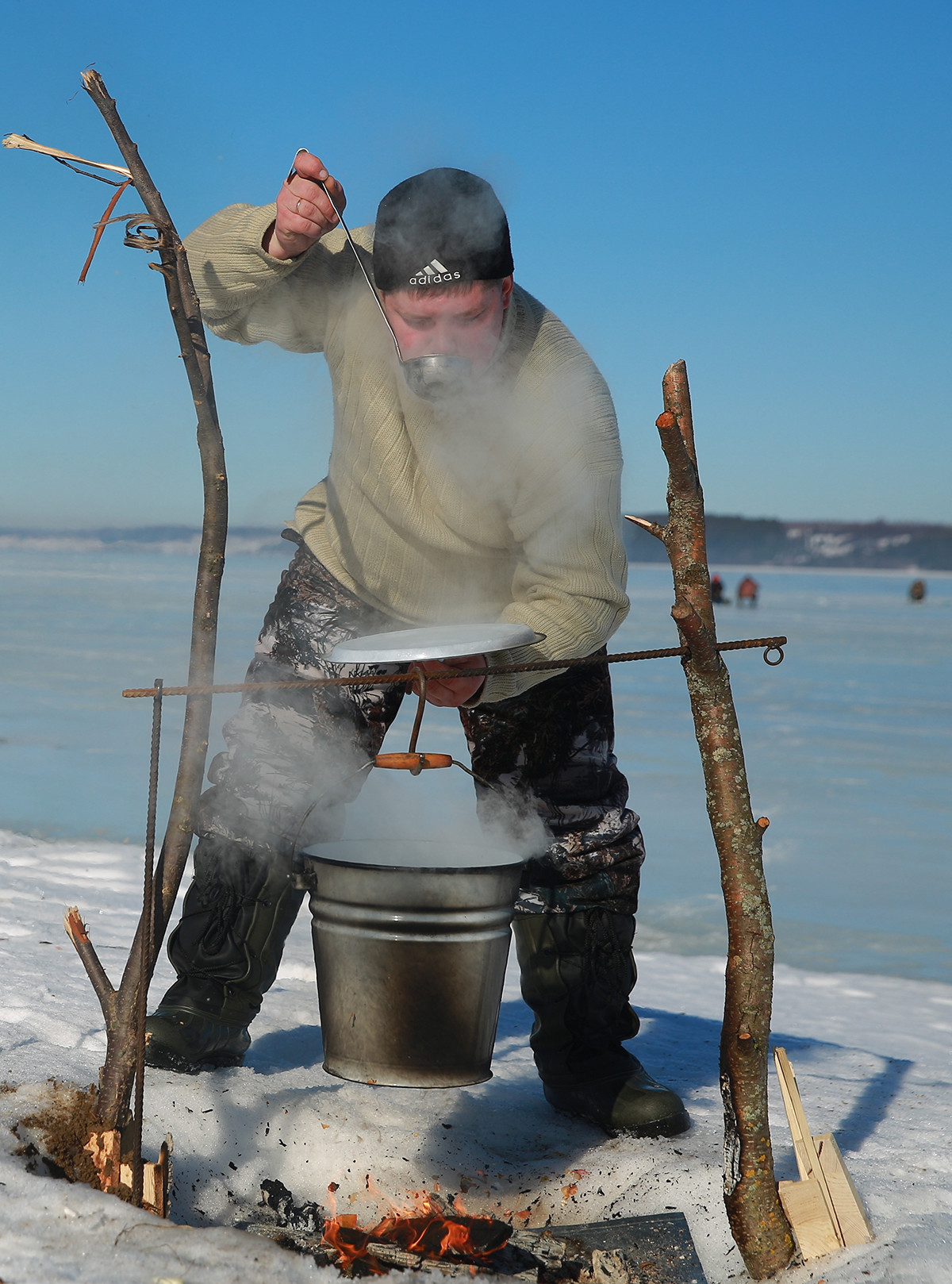 Soups have been cooked since ancient times because of agricultural seasons as well. While fresh vegetables and fruits might be available almost year round in France or Italy, this is not the case in the northern latitudes of Russia. Here, the harvest season is still very short, and until recently people in the villages only ate the things they grew themselves. They gathered cabbage, turnips, beets, potatoes and onions in early autumn and ate these until spring, keeping them in their pogreb (cellar). And to use these vegetables, you first needed to boil them well so they became soft. 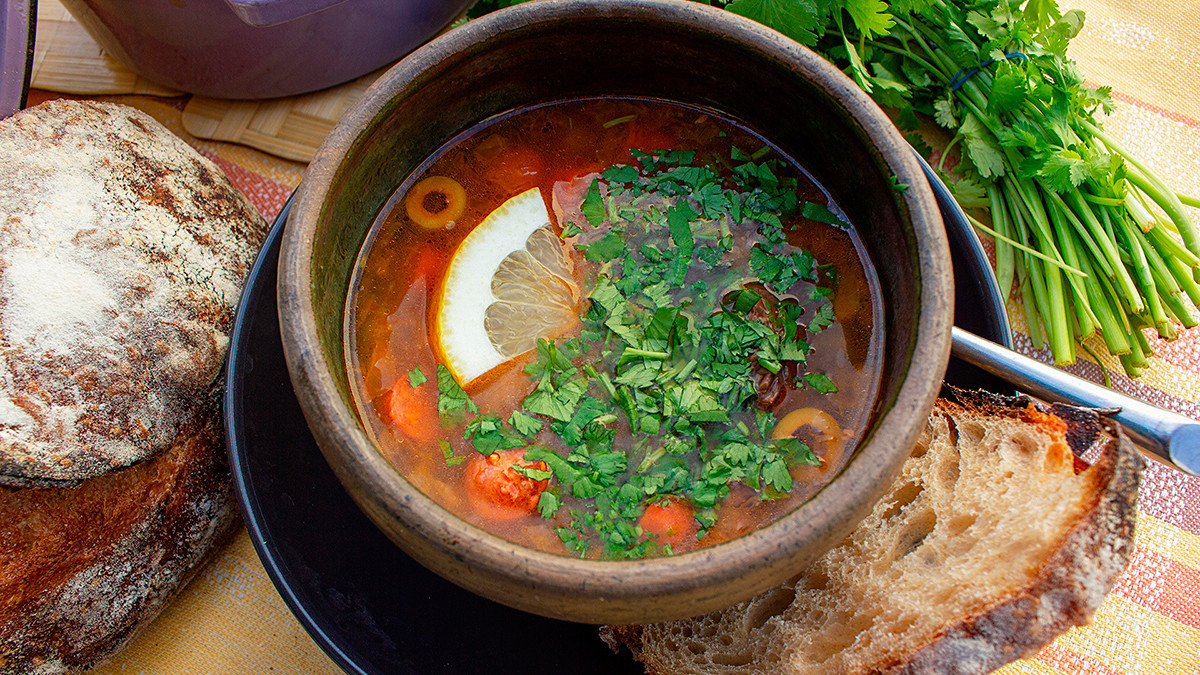 Every Russian family tries to add something unique to its solyanka.

If you look into Russian soup recipes, it turns out that most of them are made up primarily of longer-lasting ingredients. Rassolnik comes from cereals and pickles, solyanka from pickles and leftovers of smoked meat, and shchi is made with cabbage.

Savvy way to feed the family 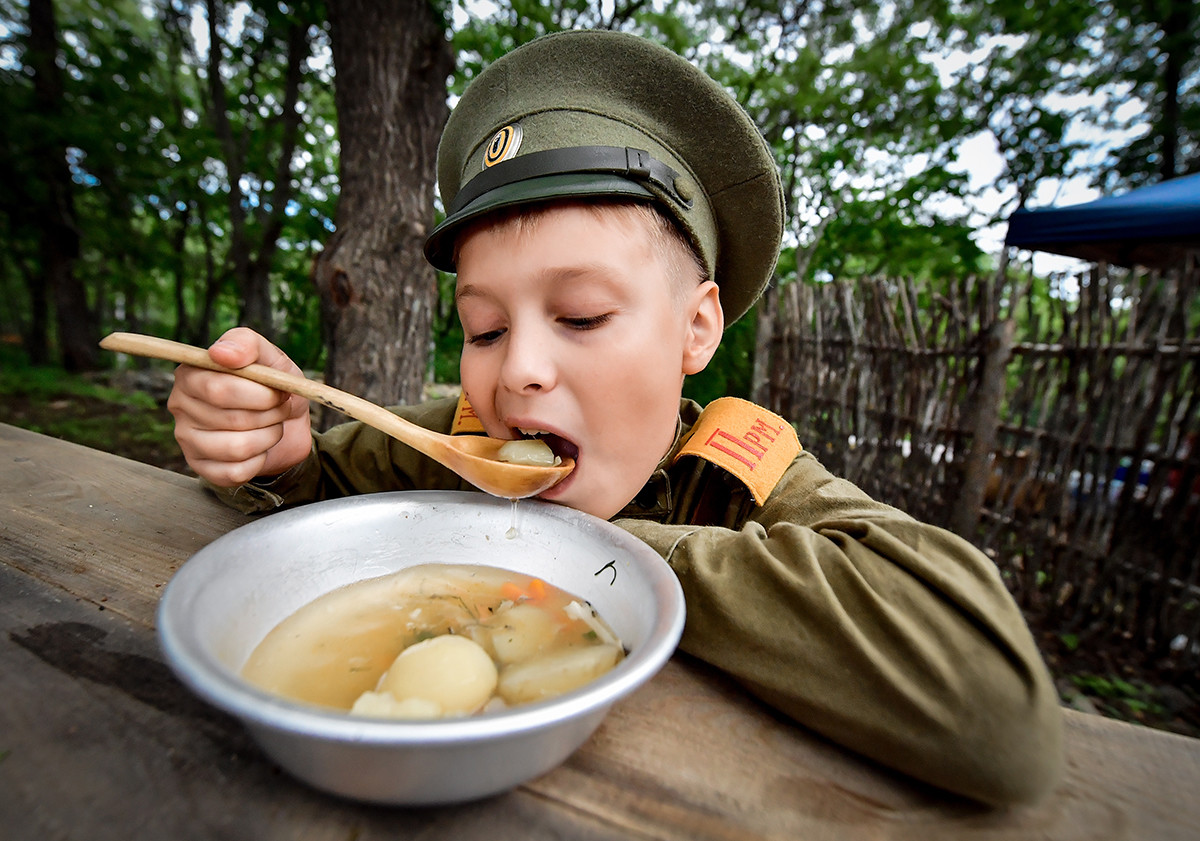 Like just about every traditional cuisine around the world, the most popular Russian dishes were invented by poor people whose main goal was to feed large families with minimal effort and cost. Soups are a great way to stretch just a few ingredients into many portions and also a perfect way of making use of leftovers. Large pots of soup could provide a family with lunch for several days. Very popular among Russian families was “frosty shchi," which they prepared using a frozen vegetable base. 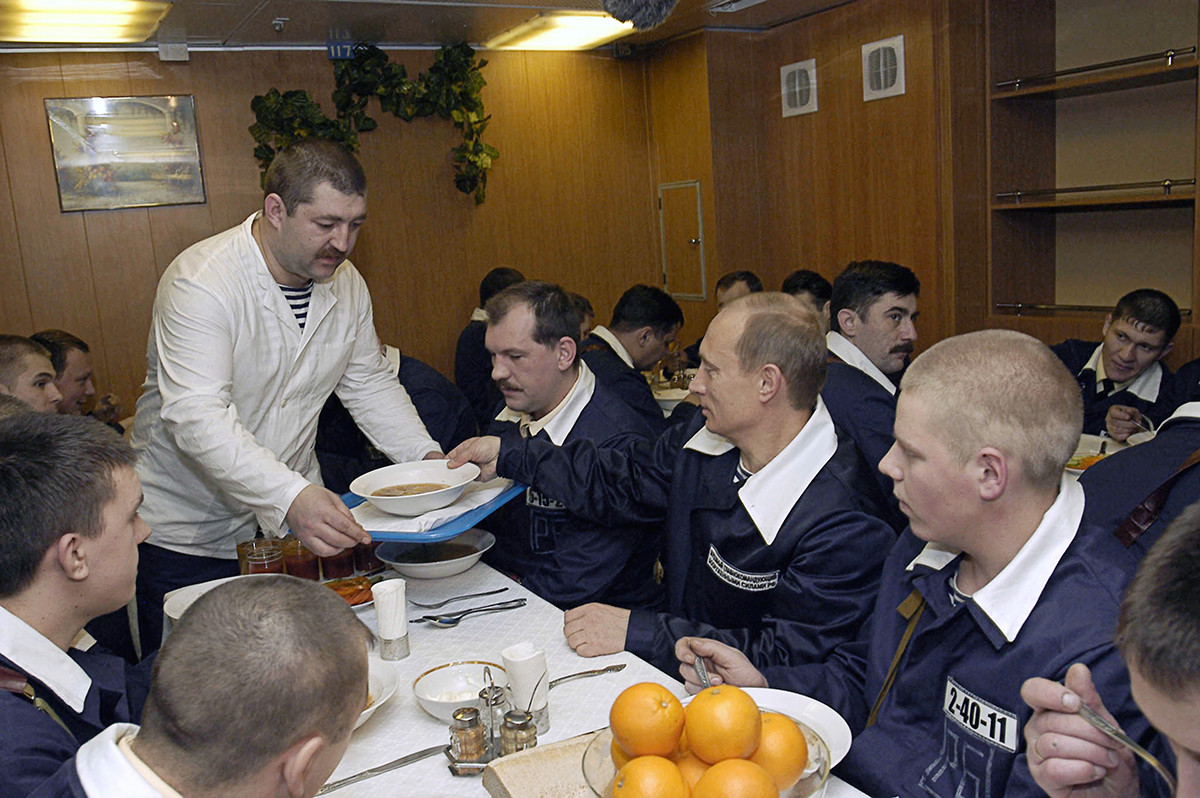 Modern Russians often do this as well, cooking up a few liters of soup to eat throughout the week, warming it up in the microwave as needed. And what’s more, these soups not only do not go bad but can actually get better after sitting for a while.

So, are you hungry yet? What are your favorite soups?