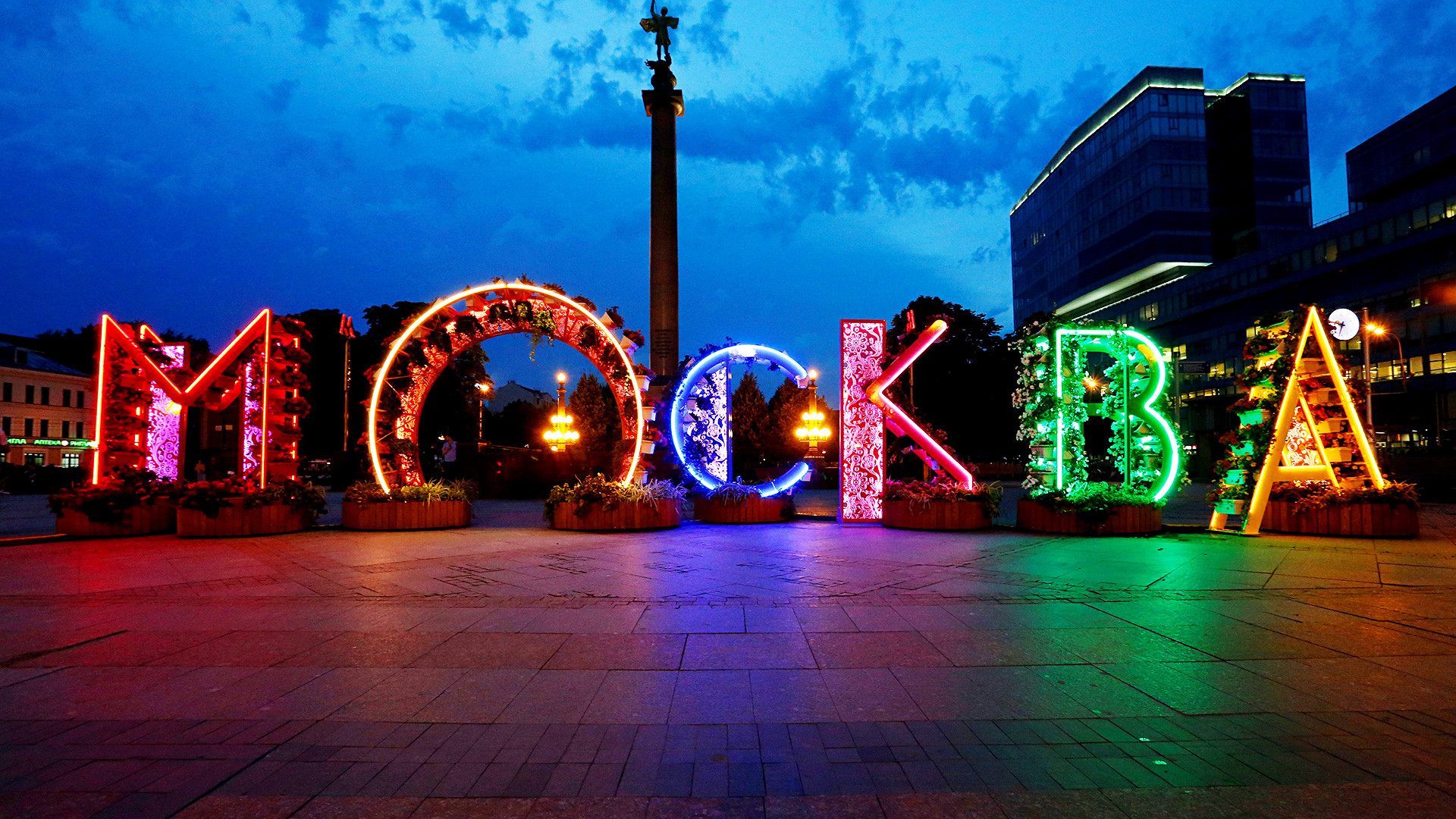 Reuters
Even Muscovites don’t know many of the city’s secrets.

1. The Kremlin used to look a lot different than it does now

Historical pictures of the Moscow Kremlin’s “red” walls indicate that they used to be white, even as late as the end of the 19th century. In less prosperous days, the Kremlin was not the showpiece it is today. When the whitewash peeled off its brick walls, it was not immediately renovated with the striking red that everyone now associates with the seat of power in Russia, leaving a rather shabby edifice.

Likewise, the famous red stars atop the Kremlin towers were not always there, either. Right up until 1935, the Kremlin towers were each adorned with a double-headed eagle: the symbol of the Russian Empire. The symbols of the former regime were an eyesore to the leader of the Russian revolution, Vladimir Lenin, but they were not replaced during his lifetime. Incidentally, the Kremlin stars are always illuminated, and have been turned off only twice since being installed: during the WWII blackout and while filming The Barber of Siberia.

2. Red Square is the site of a cemetery 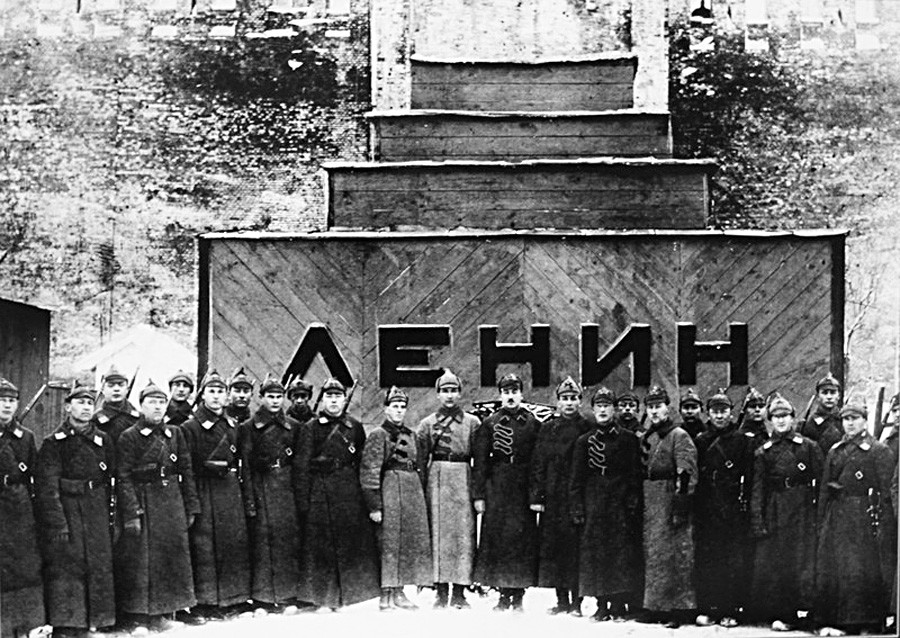 The first mass cemetery near the Kremlin wall appeared in 1917, and the first single grave in 1919. In 1924, Lenin's Mausoleum became the focal point of the Red Square necropolis, where the embalmed corpse of the leader of the Russian revolution still lies to this day.

Many prominent figures, military leaders, and writers were buried next to the Kremlin Wall in the following years, but this era came to an end in 2013, when the Federal Military Memorial Cemetery was opened in Moscow Region. This is where Russia now lays its heroes to rest.

3. Flowing through the heart of Moscow is a river that most Muscovites have never seen 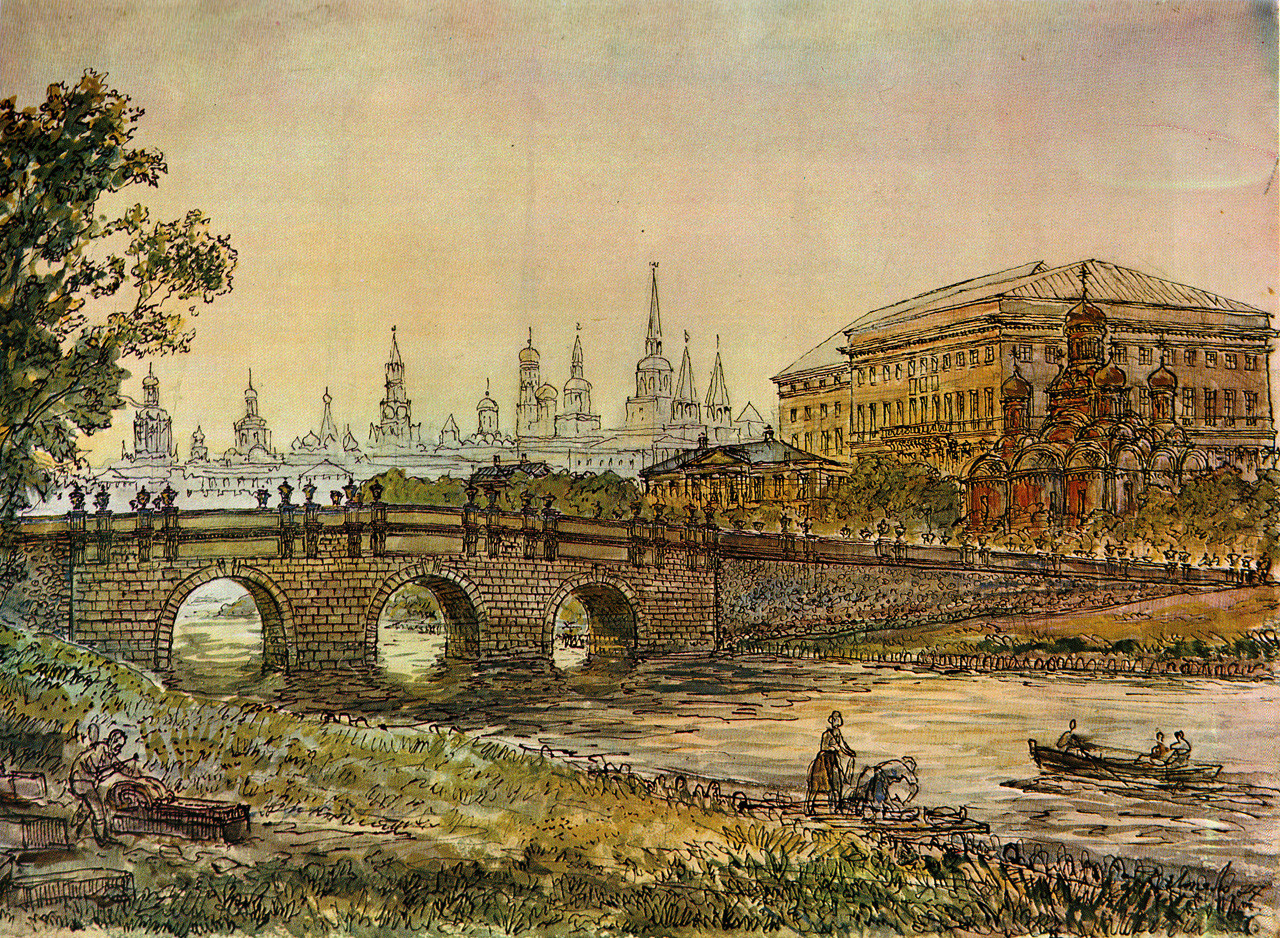 A bridge over the Neglinnaya River, XVIII century

The Neglinnaya River (a tributary of the Moskva) was a nuisance to residents of the capital until the 1860s: whenever it rained, Trubnaya Square and the streets Neglinny Proezd and Kuznetsky Most were totally flooded. In the end, city planners channelled the Neglinnaya into an underground tunnel, a modernized version of which still runs from Trubnaya Square to Okhotny Ryad. 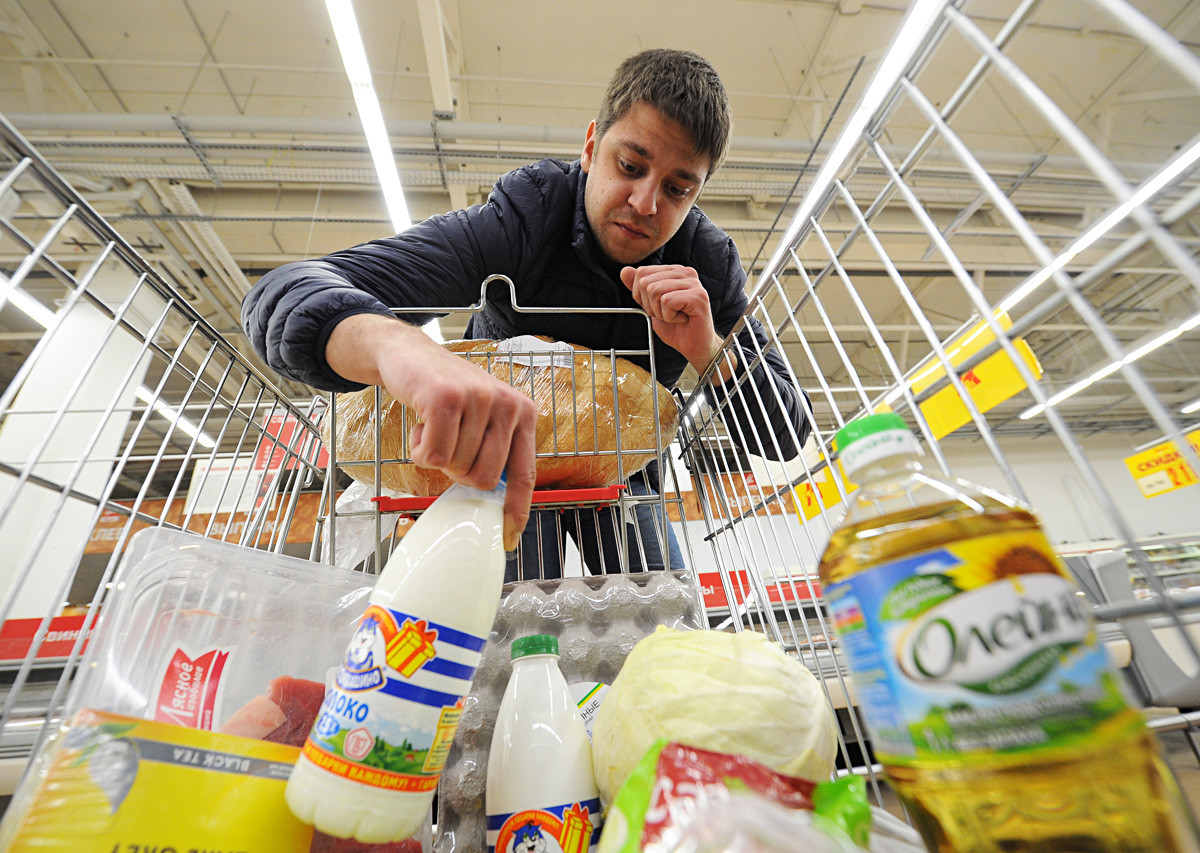 For comparison, this is the weight of 234 blue whales, the largest animals on the planet. Muscovites, it seems, require vast resources for daily survival. Collectively, they spend almost $12 million a day just filling up their cars and expend the equivalent of 100 Lincoln Memorial Reflecting Pools a day on sanitation.

5. The all-time record footfall for a McDonald’s restaurant belongs to a Moscow-based outlet 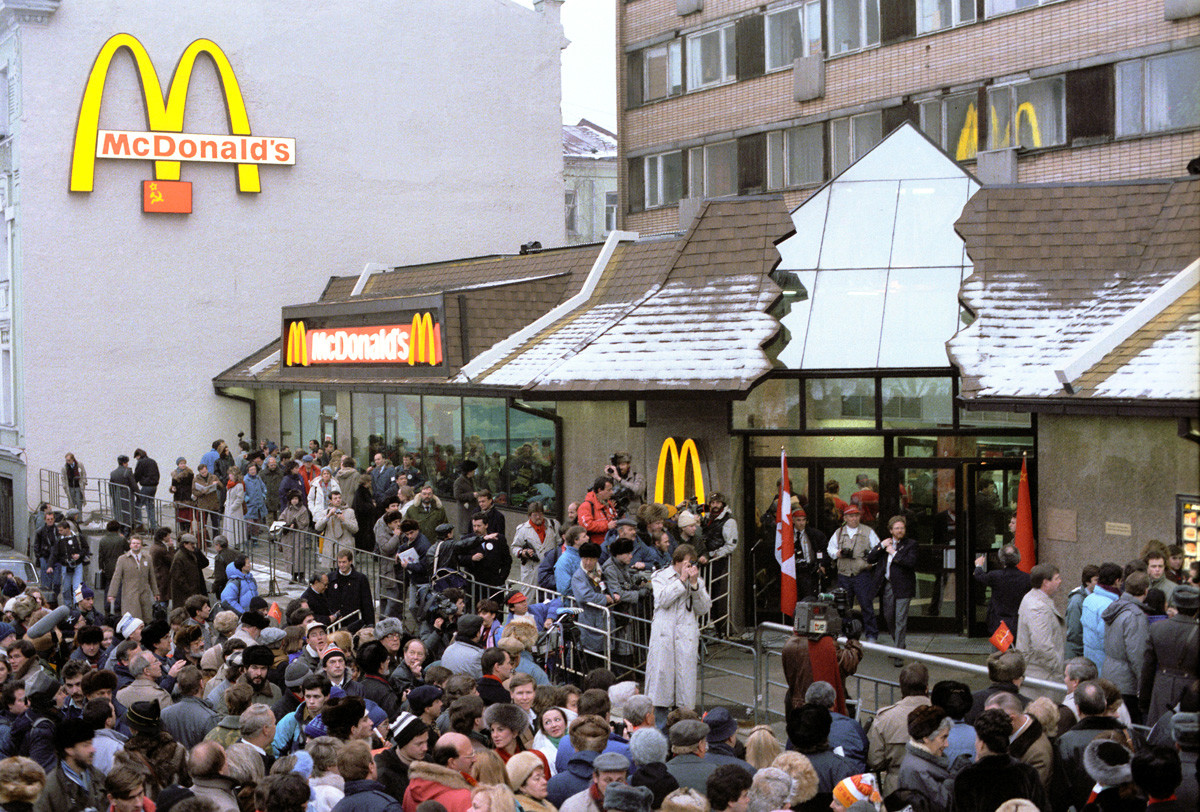 When McDonald’s opened its first Russian restaurant on Moscow’s Pushkin Square on January 31, 1990, the line stretched for several miles. On that historic day, the restaurant served more than 30,000 people, a record that remains unbroken worldwide. It was also the chain’s most visited restaurant in 2008, feeding 2.8 million customers over the year.

6. Moscow is home to a record number of dollar billionaires 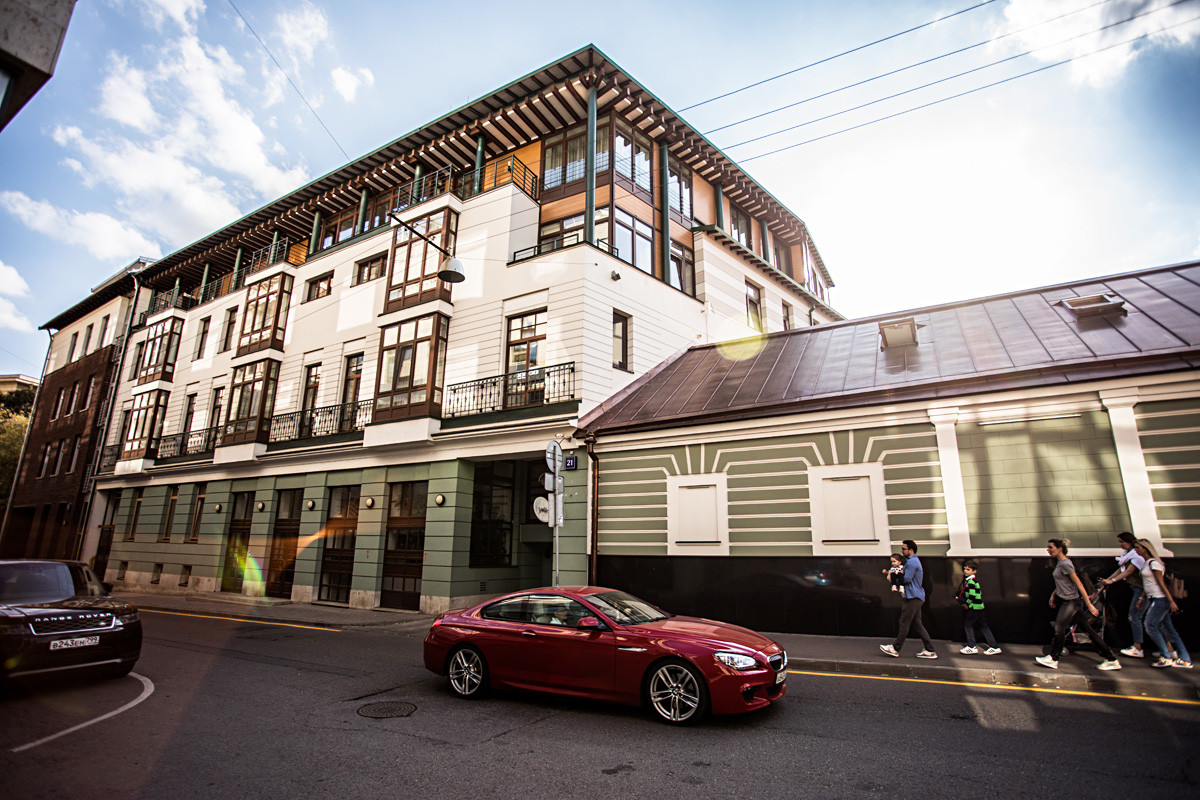 According to Forbes magazine, the world’s richest are constantly drawn to Moscow. In 2012, it even topped the list of cities with the largest number of permanently resident billionaires, leaving New York, London, and Hong Kong trailing behind. In 2017, Moscow slipped to third place in the ranking, housing just 73 billionaires.

Forbes puts this unusually high concentration of wealth in one city to a national quirk: almost all Russian billionaires prefer to live in Moscow rather than in the regions, while their U.S. counterparts find life in the provinces quite agreeable.

7. Russia’s most expensive street is in Moscow (perhaps not surprisingly) 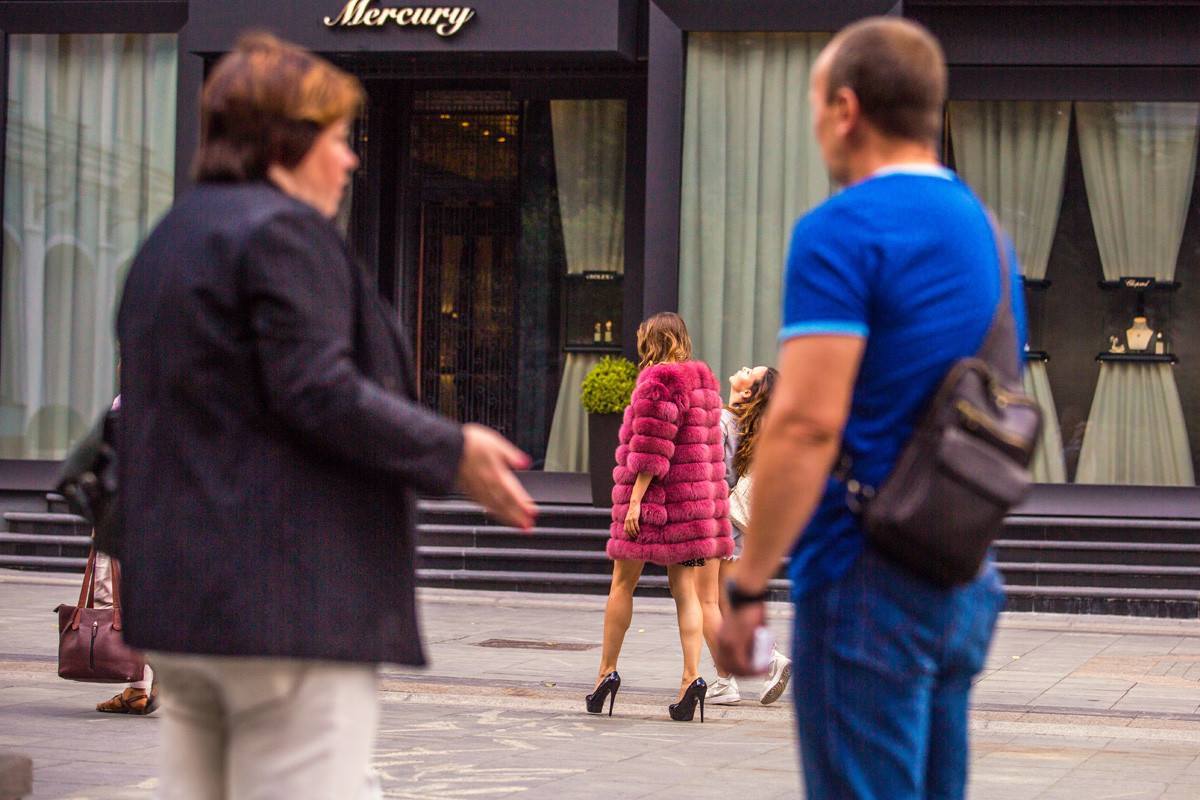 It goes by the name of Stoleshnikov Pereulok—a pedestrian street connecting Tverskaya and Petrovka. One square meter here costs more than $3,000 a year to rent, making it the 15th most expensive street in the world.

However, after the street’s transformation into a pedestrian zone, luxury brands lost some clientele due to the lack of parking space and direct access to their stores. Tretyakovsky Proezd, home to brands such as Bentley, Brioni, Mercury, etc., rivals Stoleshnikov for the title of most expensive street in Moscow (and Russia).

8. Moscow has practically no “native Muscovites” 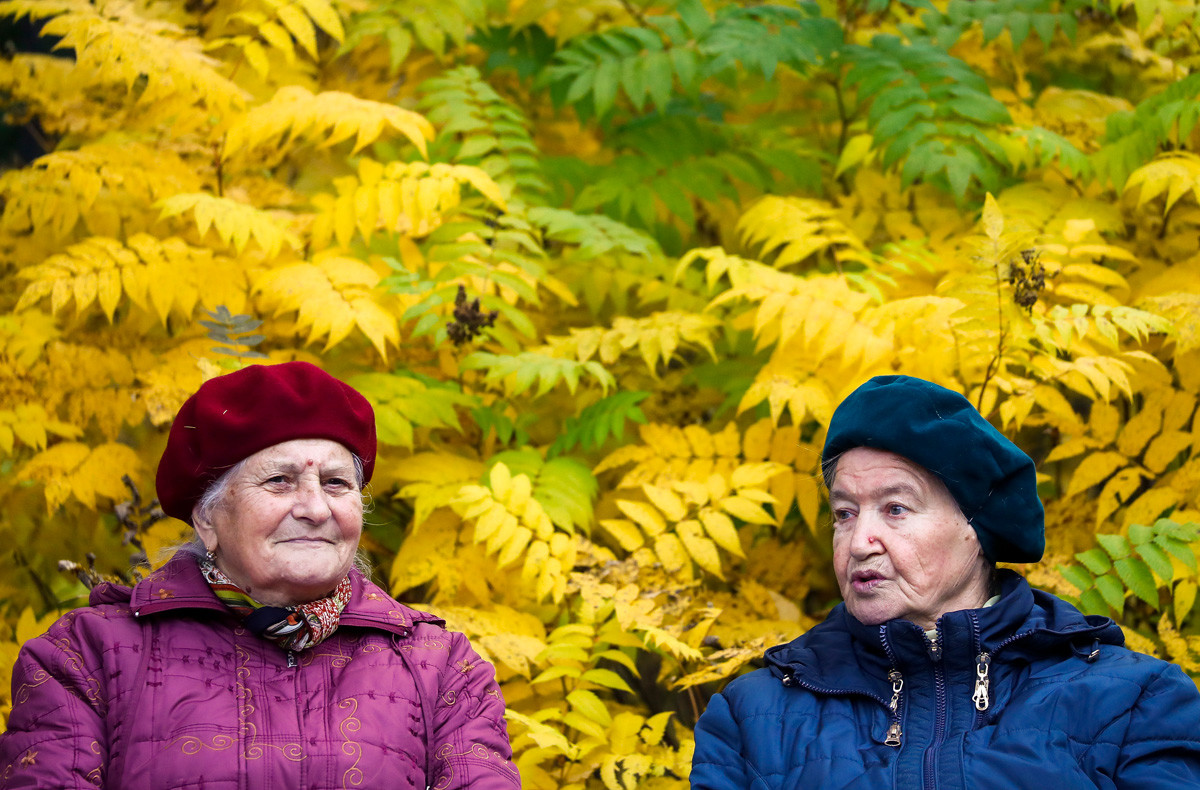 Today, they account for no more than 5 percent of all residents, historians reckon. Sure, there is no official definition of the term “native Muscovite,” but they are generally considered to be people whose ancestors have lived in Moscow for several generations. Meanwhile, “native Muscovites” themselves sometimes argue about how many generations are required to be identified as such.

“Native Muscovites” are often said to have their own distinct pronunciation and speech patterns, and to be more at ease in society and proud of their Moscow roots, yet they still prefer to share accommodation with their parents even long into adulthood.

9. Moscow dogs are not allowed to bark during the hours 11pm-7am 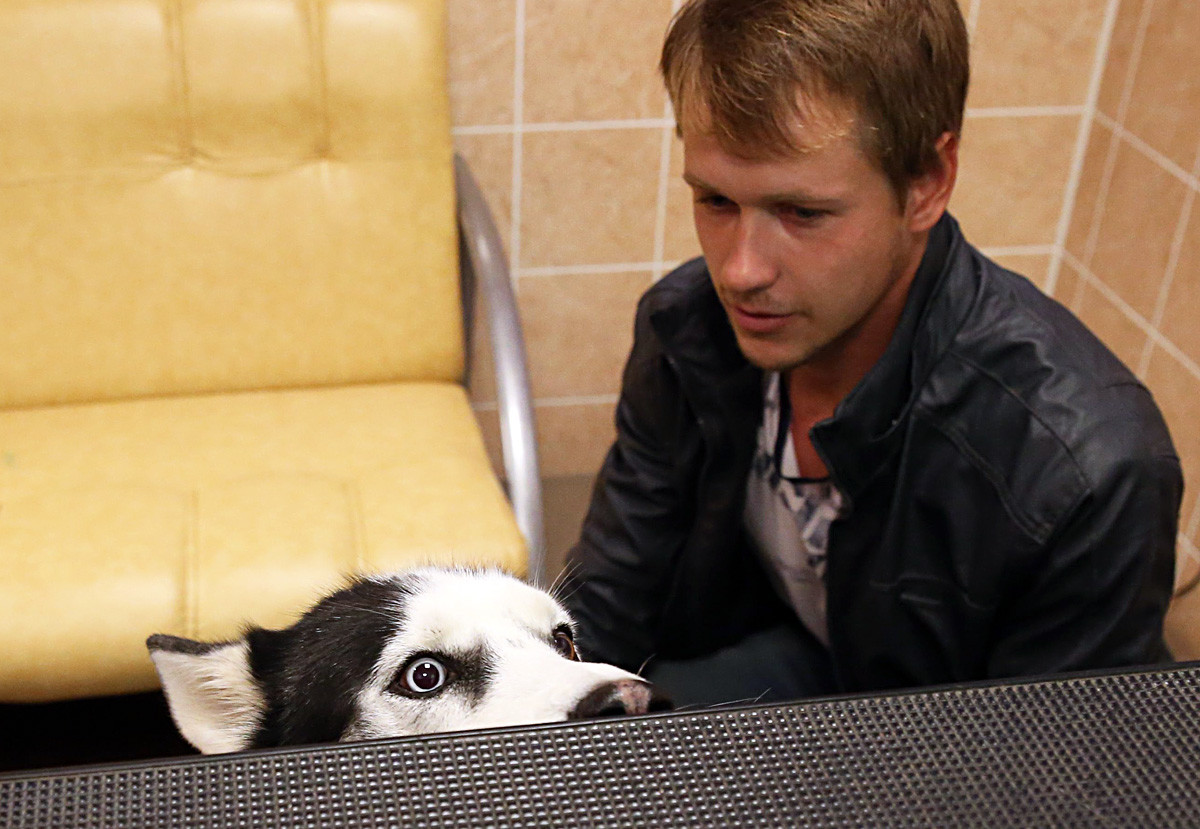 This rule is enacted in a Moscow Government resolution. It is not entirely clear how the law is enforced, since taking a dog owner to court requires an expert report confirming the excess level of noise, and this would mean the “expert” having to stay up all night with their ear to the neighbor’s door.

10. The Moscow Metro is the busiest and largest in Europe... 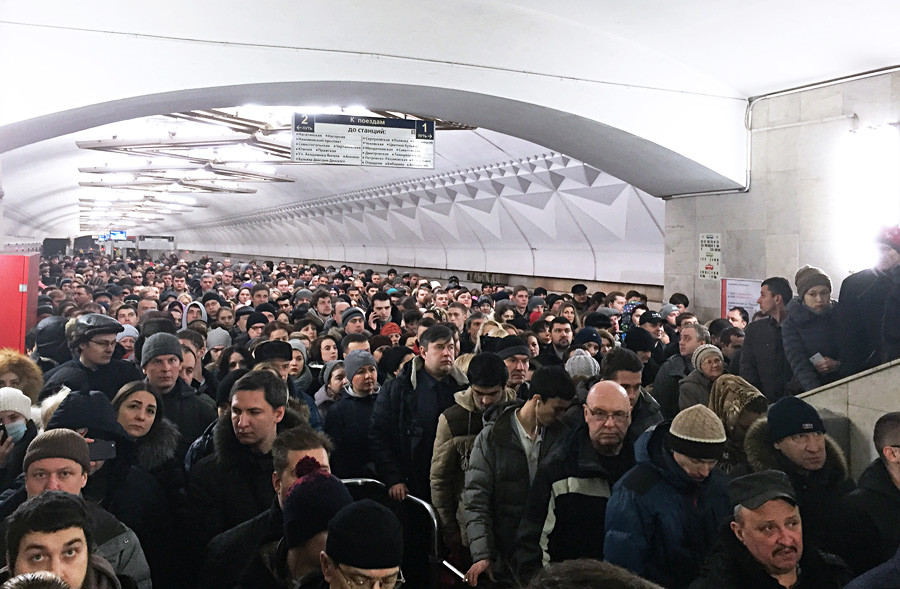 ...and the sixth in the world by daily passenger traffic. Following the opening of seven new stations in September 2018, the Moscow Metro now counts 222 operating stations, many of which are genuine works of art. In view of its huge scale and rich history, the Moscow Metro has spawned numerous urban legends.