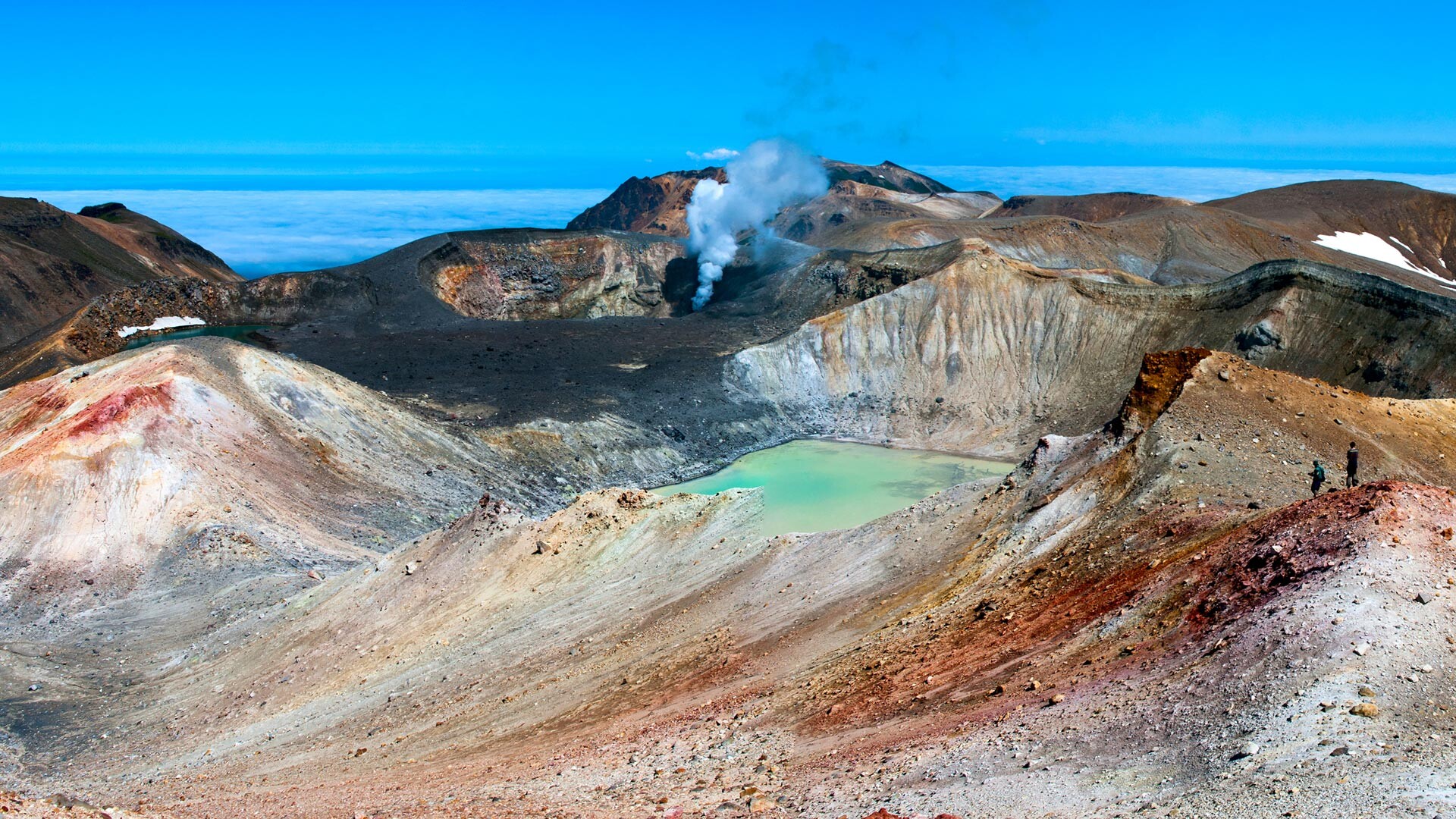 Legion Media
Volcanos, geysers, bizarre cliffs and majestic bridges. The most faraway part of Russia is full of untouched nature and man-made wonders.

The Russian Far East is a huge, but sparsely populated part of the country, stretching from Lake Baikal to the Pacific Ocean. Only eight million people live here across 11 regions, even though it covers more than 40 percent of Russia’s territory. Local cities, towns and villages are separated by hundreds and thousands of kilometers from each other (the largest are Khabarovsk and Vladivostok with a population of just over 600,000, while the rest are inhabited on average by up to 50,000-100,000 people). Life there is characterized by a harsh climate, limited infrastructure and very high food prices… But, at the same time, there is insanely beautiful nature and views that can’t be found anywhere else! 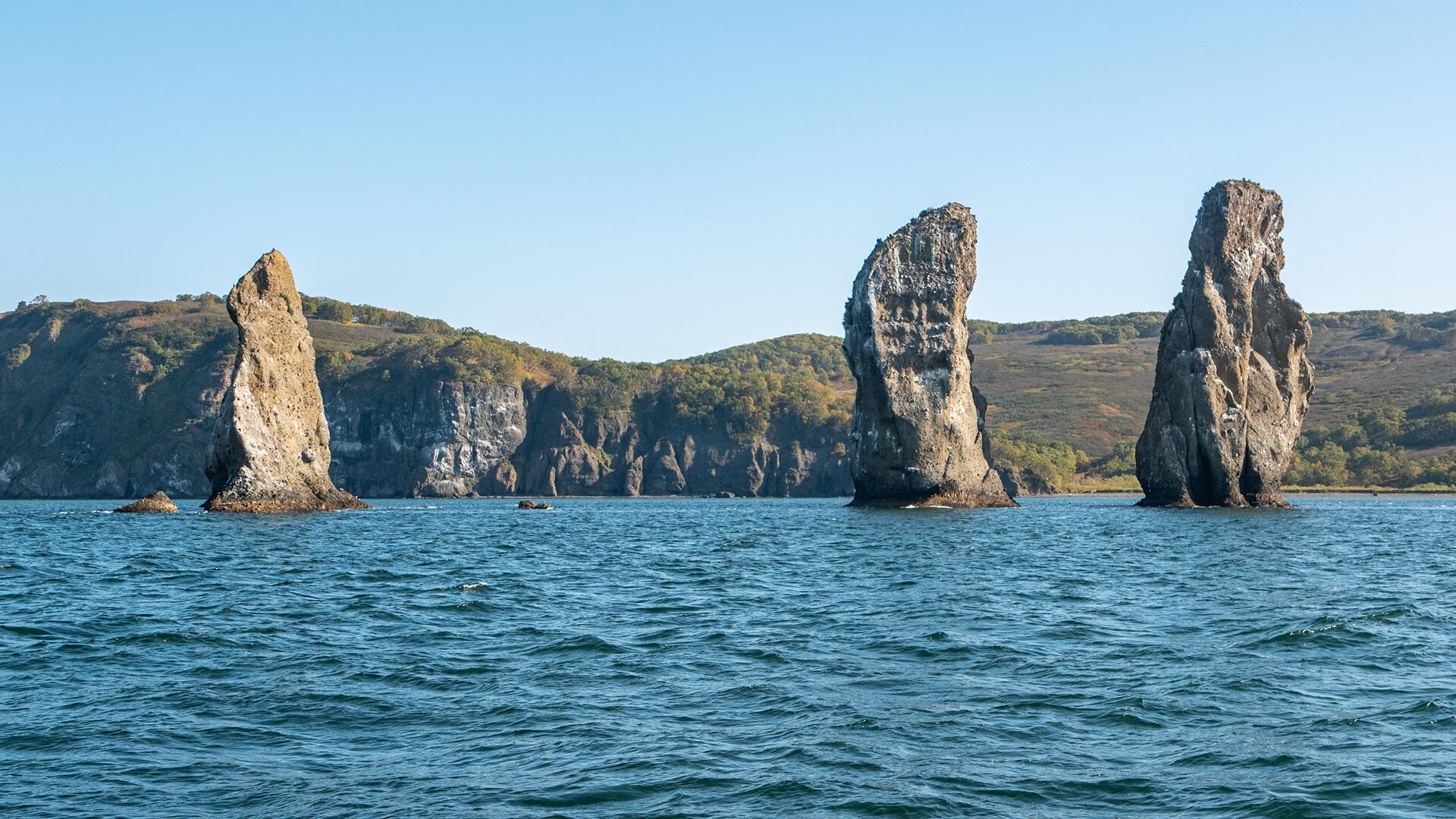 Kamchatka’s capital, the city of Petropavlovsk-Kamchatsky, is located on the shore of Avacha Bay. It is surrounded by hills and, in the depths, rise bizarre rocks dubbed the ‘Three Brothers’ - legend has it that once these rocks were bogatyrs, who turned to stone to protect the city from a tsunami. Avacha Bay is separated from the Pacific Ocean by a 3 km strait and this protects it from the sea elements. In addition, the bay does not freeze in winter. 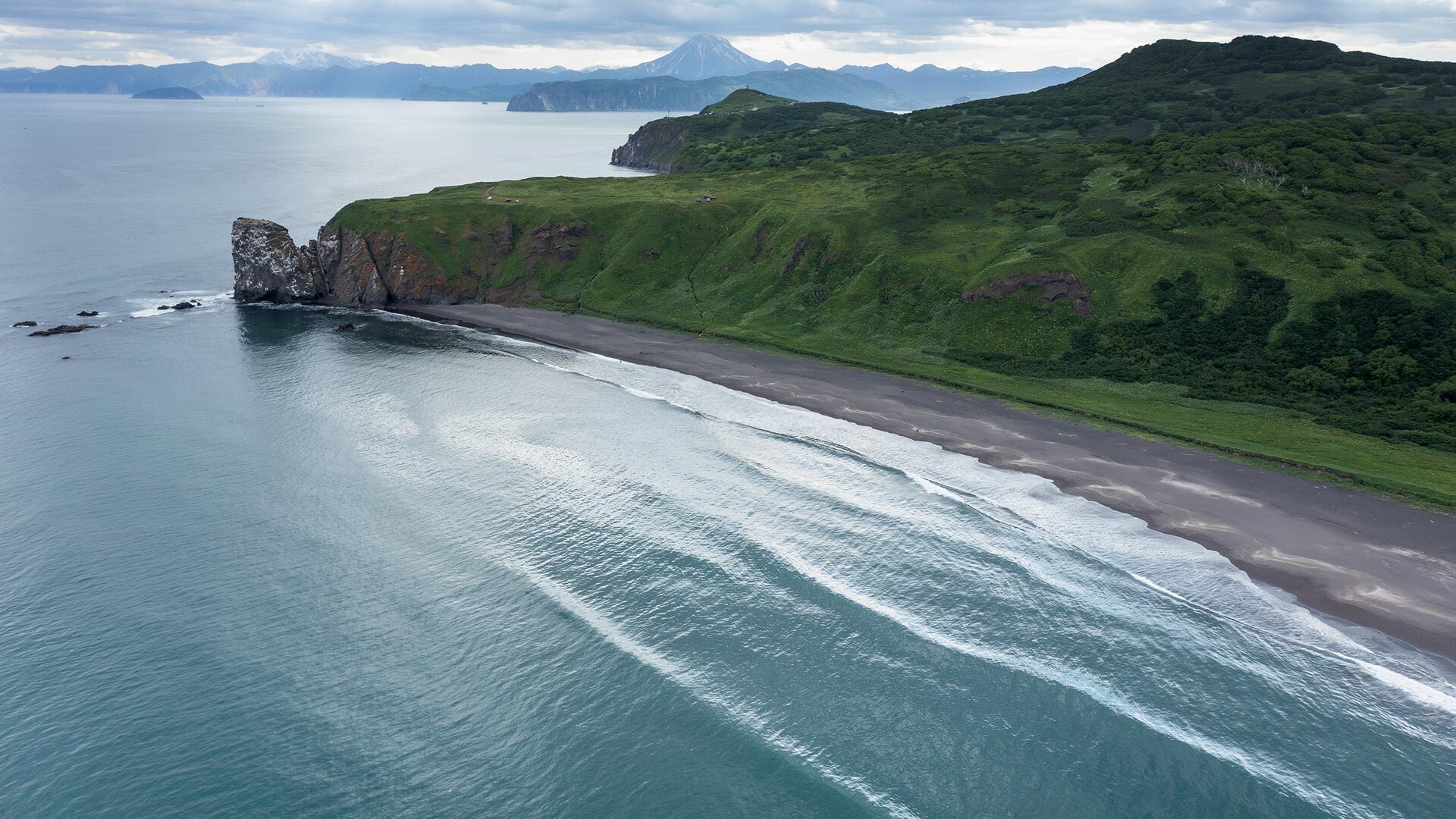 Kamchatka is the homeland of Russian surfing! The most popular place for doing it is Khalaktyrsky beach, about 20 km from Petropavlovsk-Kamchatsky. There, you can find smooth and long waves of the Pacific Ocean, which will impress both professionals and beginners. 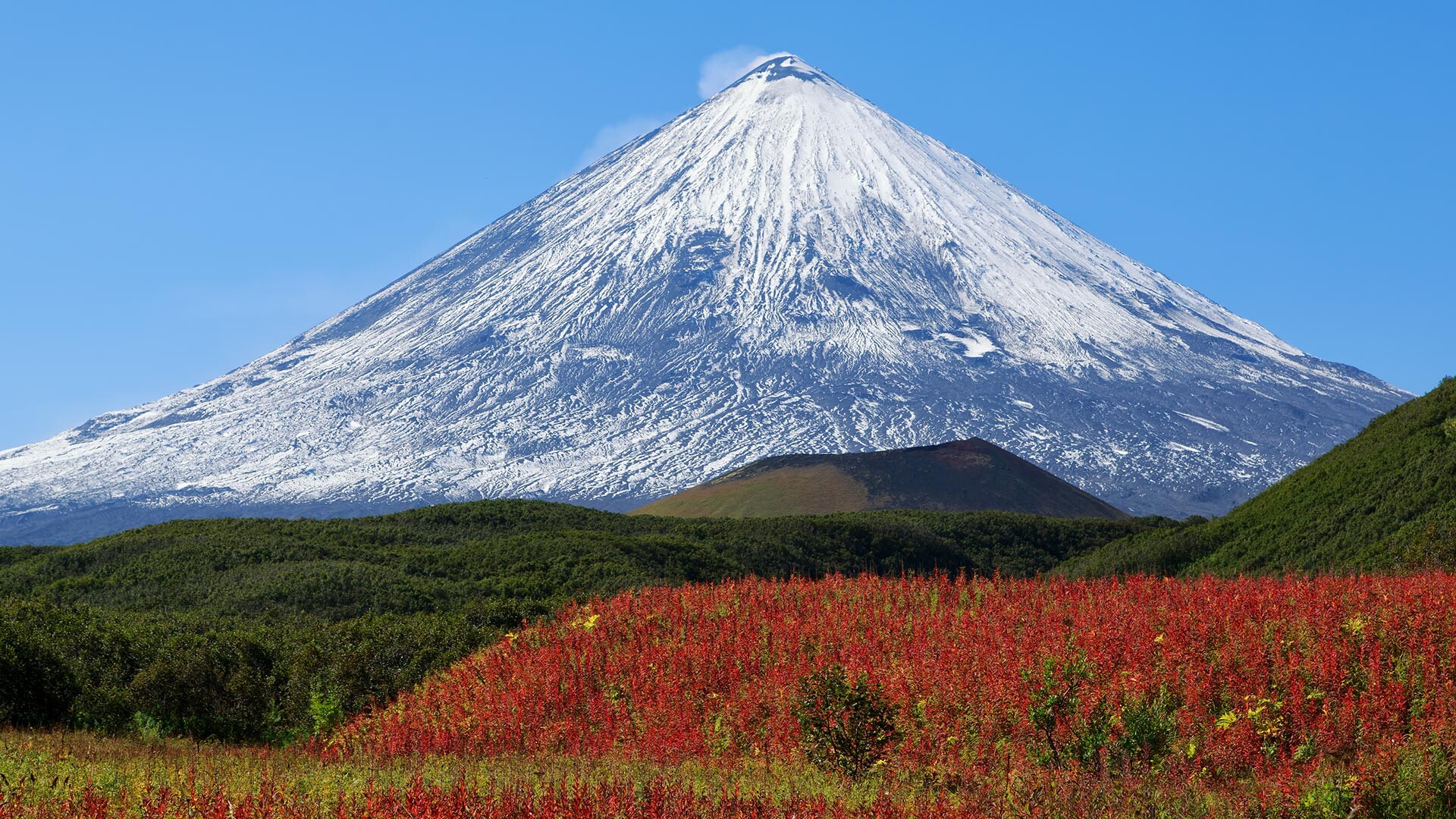 There are almost 200 volcanoes in Kamchatka, of which 30 are still active. And the highest active volcano of the continent is also there. The height of the Klyuchevskaya Sopka is 4,800 meters and it “grows” every year. In the last 20 years alone, it has erupted 10 times! But climbing it remains a popular tourist attraction. 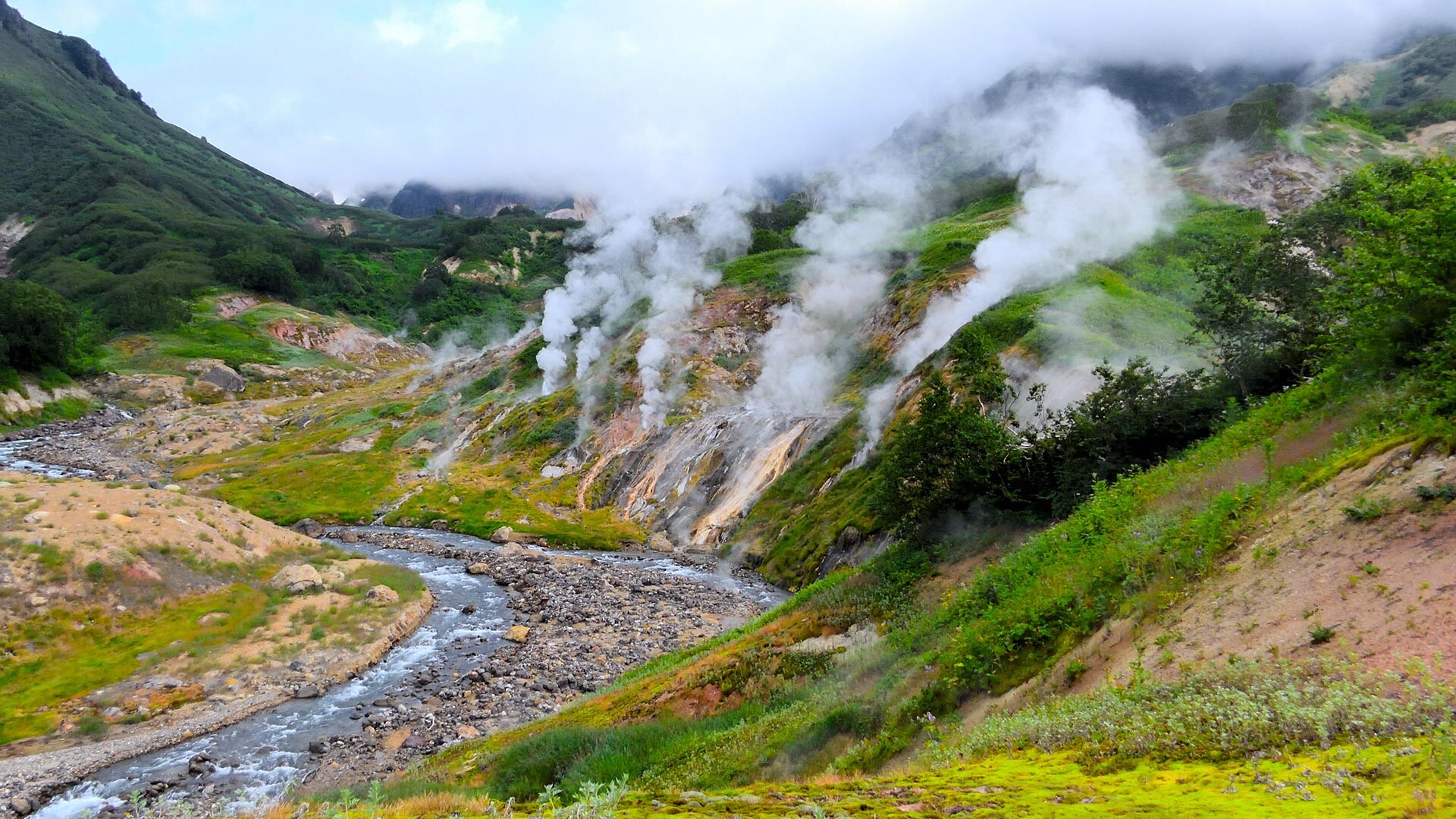 On the territory of the Kronotsky Reserve on the Kamchatka Peninsula is a “cosmic” place, which can be reached only by helicopter. The Valley of Geysers is one of the most remote places in the Far East, which attracts all wildlife enthusiasts. Just imagine an 8 km long and 4 km wide canyon, where about 40 geysers and thermal springs are concentrated. Some erupt several times an hour, others a couple of times a day. There is always steam and the smell of sulfur over the valley. 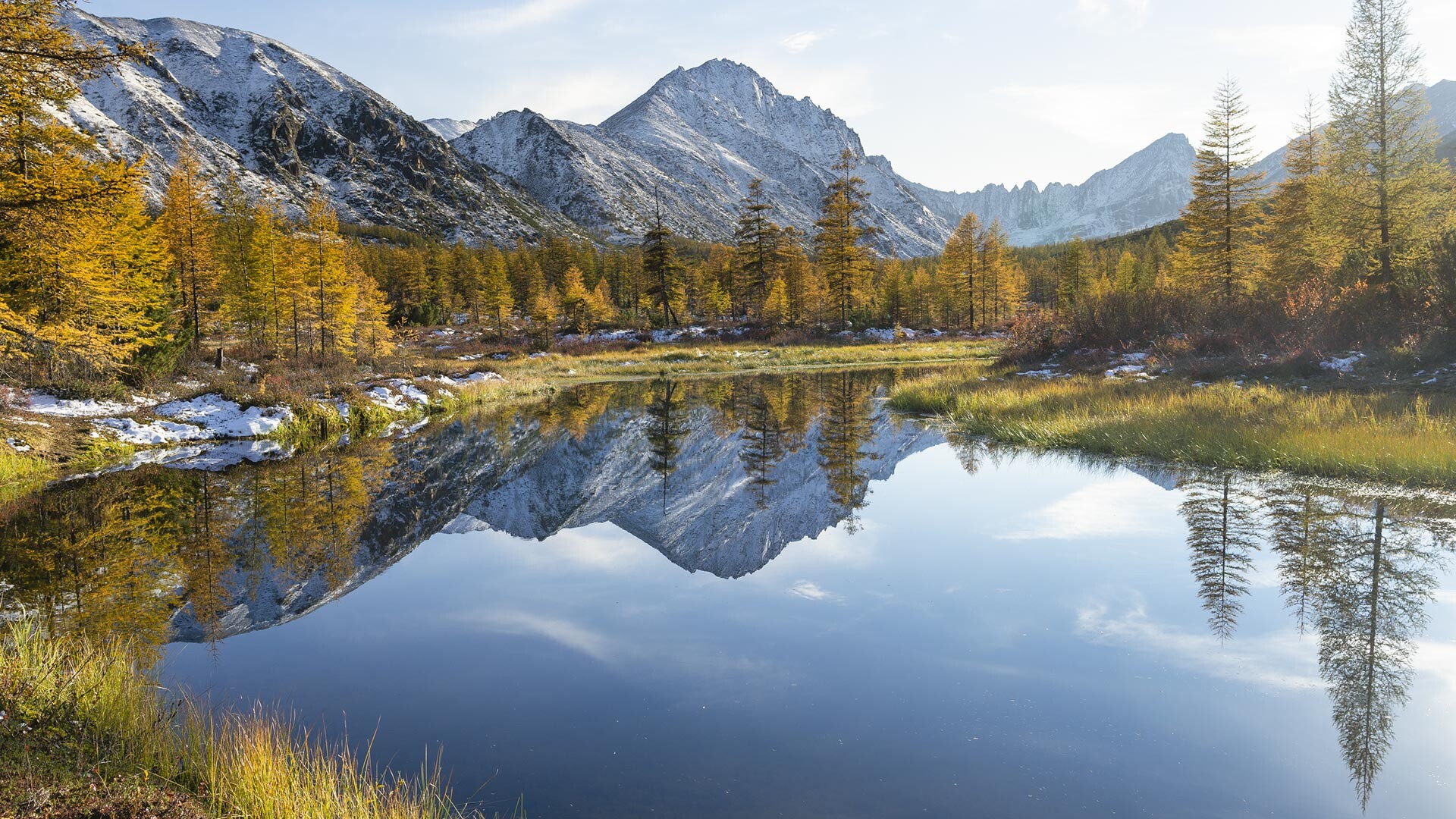 In the center of Magadan Region there is a lake and a natural park named after American writer Jack London. The lake is surrounded by mountain ranges and other lakes and several small islands can be seen on its surface. The climate in this area is harsh and, even in the hot summer, you can see ice floes on the lake (more about the lake). 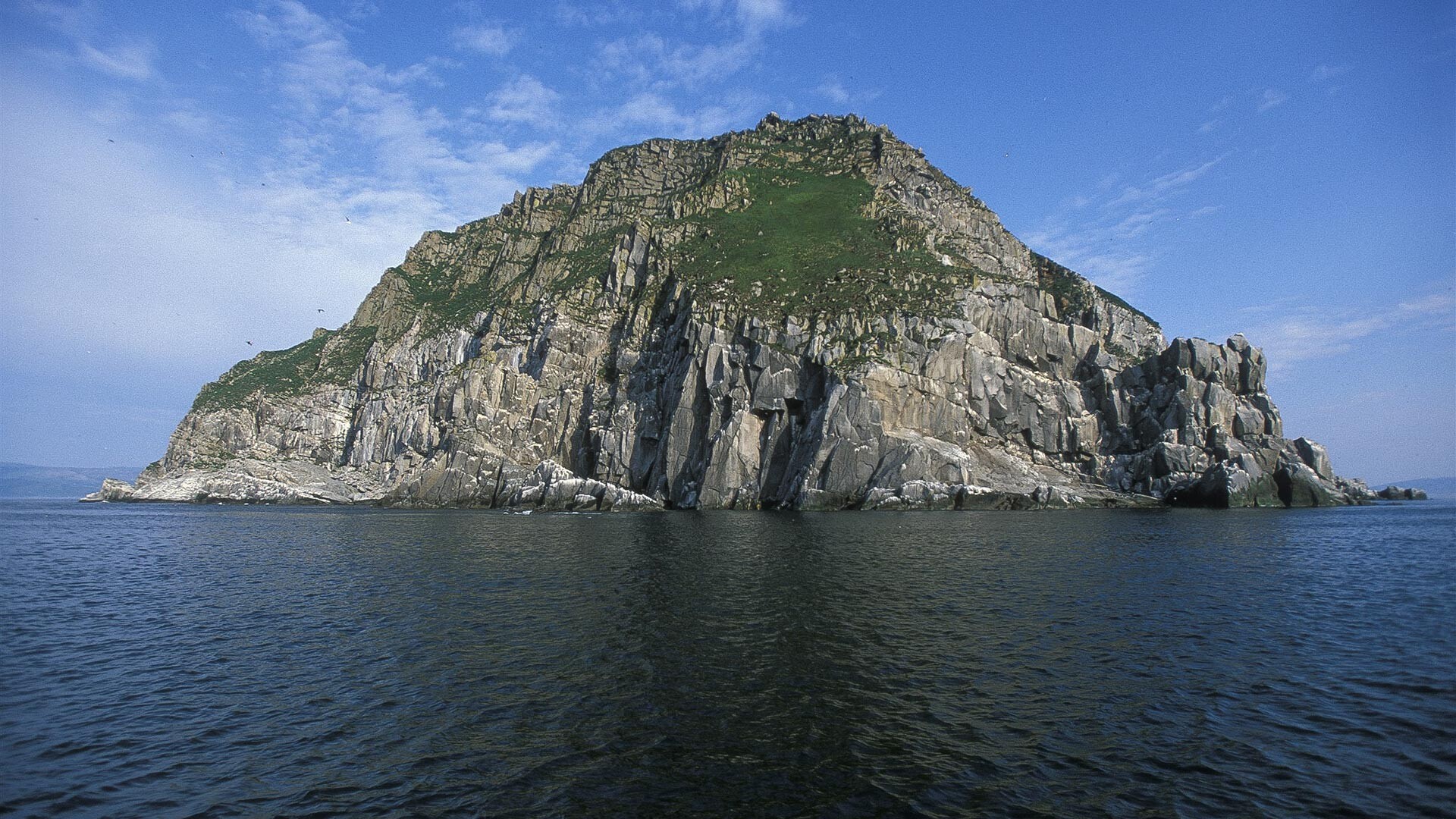 About 100 km from Magadan, in the north of the Sea of Okhotsk, lies the small (about 2.5 square km) island of Talan. It’s deserted, but not uninhabited. A huge colony of different birds lives there - scientists have counted about 1.8 million birds. The island itself is a sharp cliffs, covered with sparse flora and birds just love to sit in its crevices. In good weather, the island can be seen from Magadan. 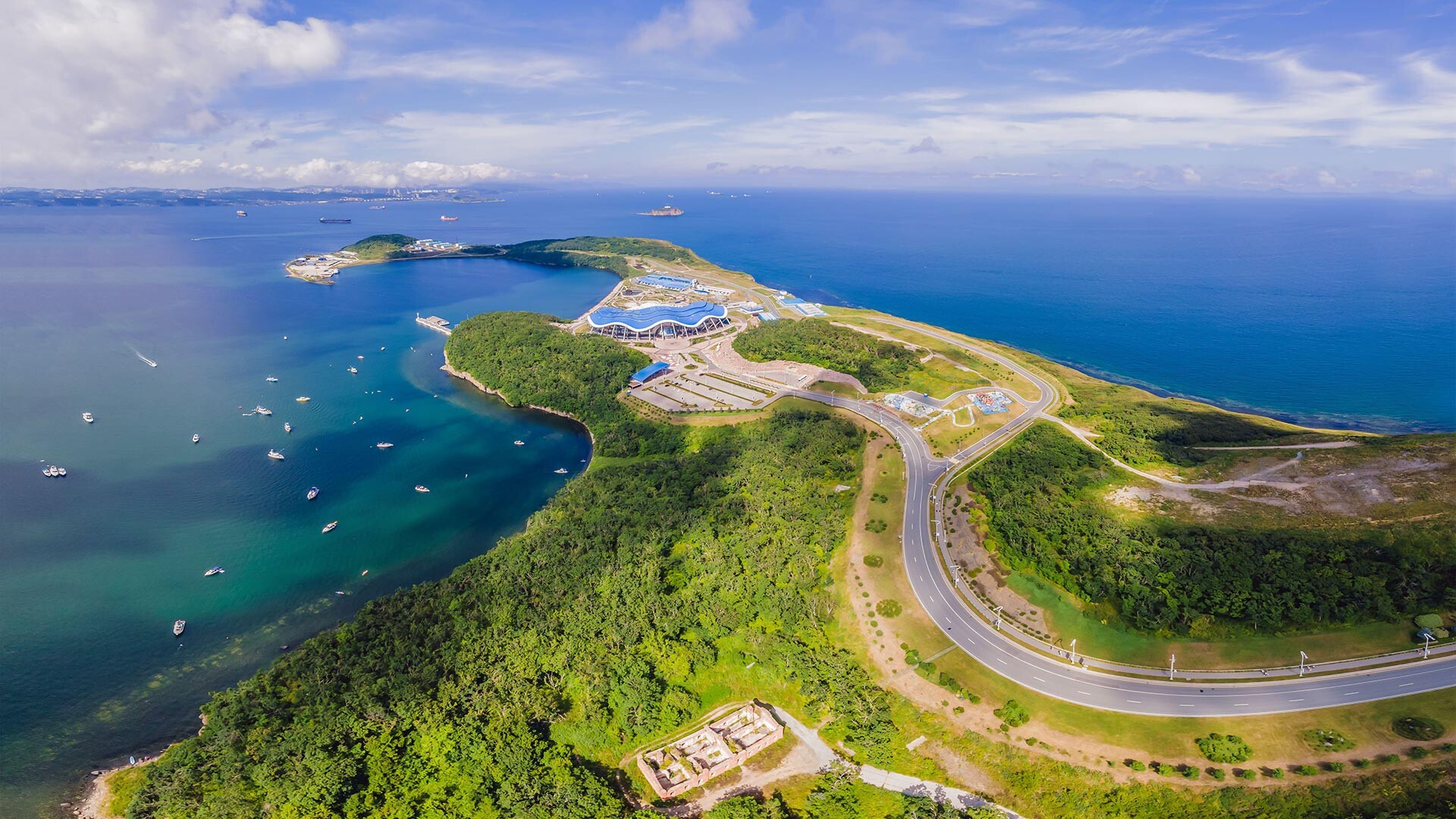 Vladivostok was founded in 1860 as a naval outpost that defended the eastern borders of the Russian Empire. One of the most interesting parts of the city is Russky Island, which was opened to the public just a few years ago. From the beginning of the 20th century, there was a naval base and, today, tourists can see the historic fortifications. 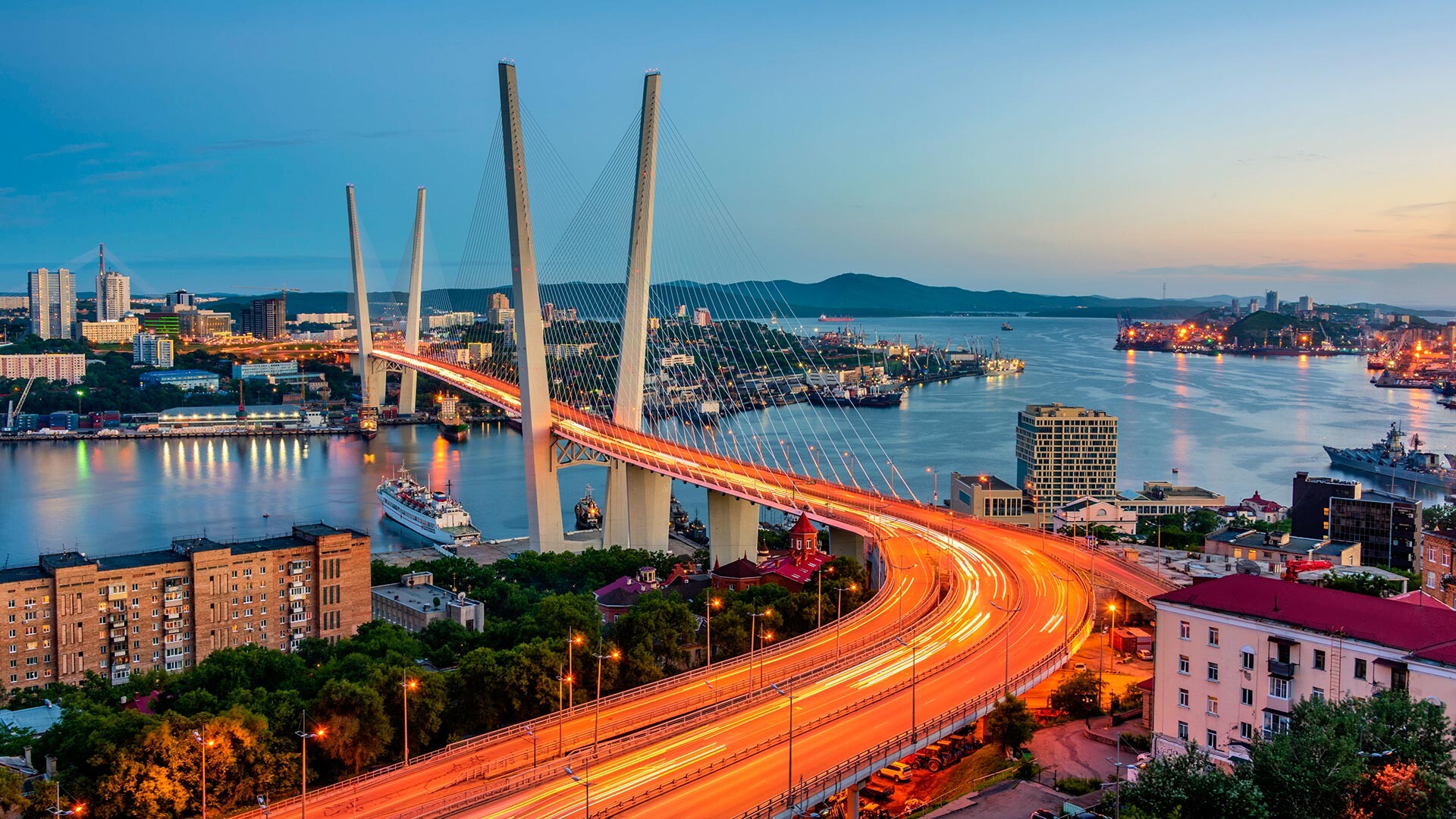 A symbol of Vladivostok is the bridge over the Golden Horn Bay. It connects the city center with the remote Cape Churkin. The Golden Bridge is one of the top 10 largest cable-stayed bridges in the world. In the evening, it is beautifully illuminated and its sides offer beautiful panoramas of the city. 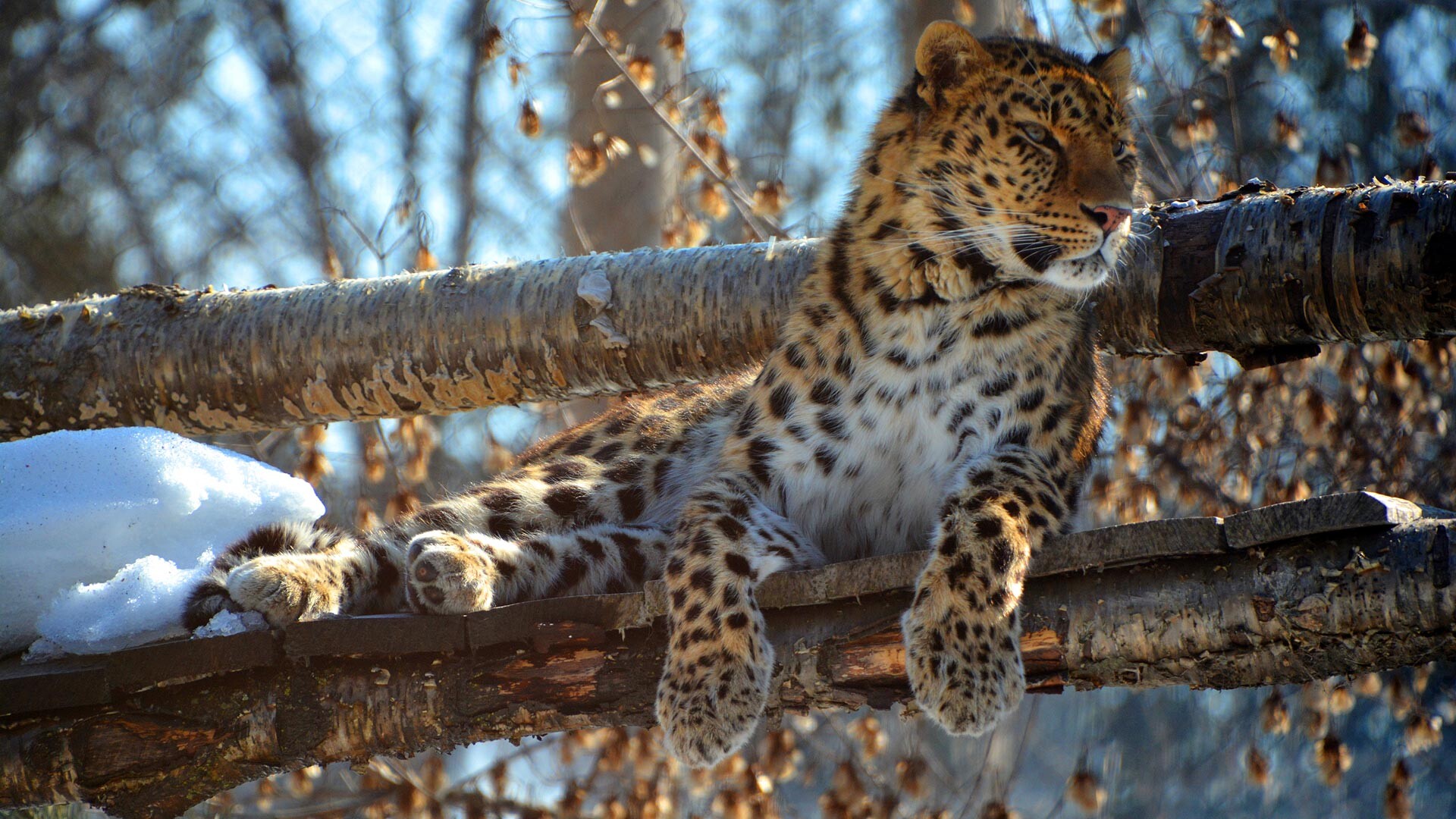 Do you like cats? How about big ones? The Land of the Leopard national park in Primorye is home to the rarest Far Eastern leopards, Amur leopard cats and Amur tigers. There are almost 500 photo traps in the park, thanks to which the staff keeps a dossier about the life of wild cats. 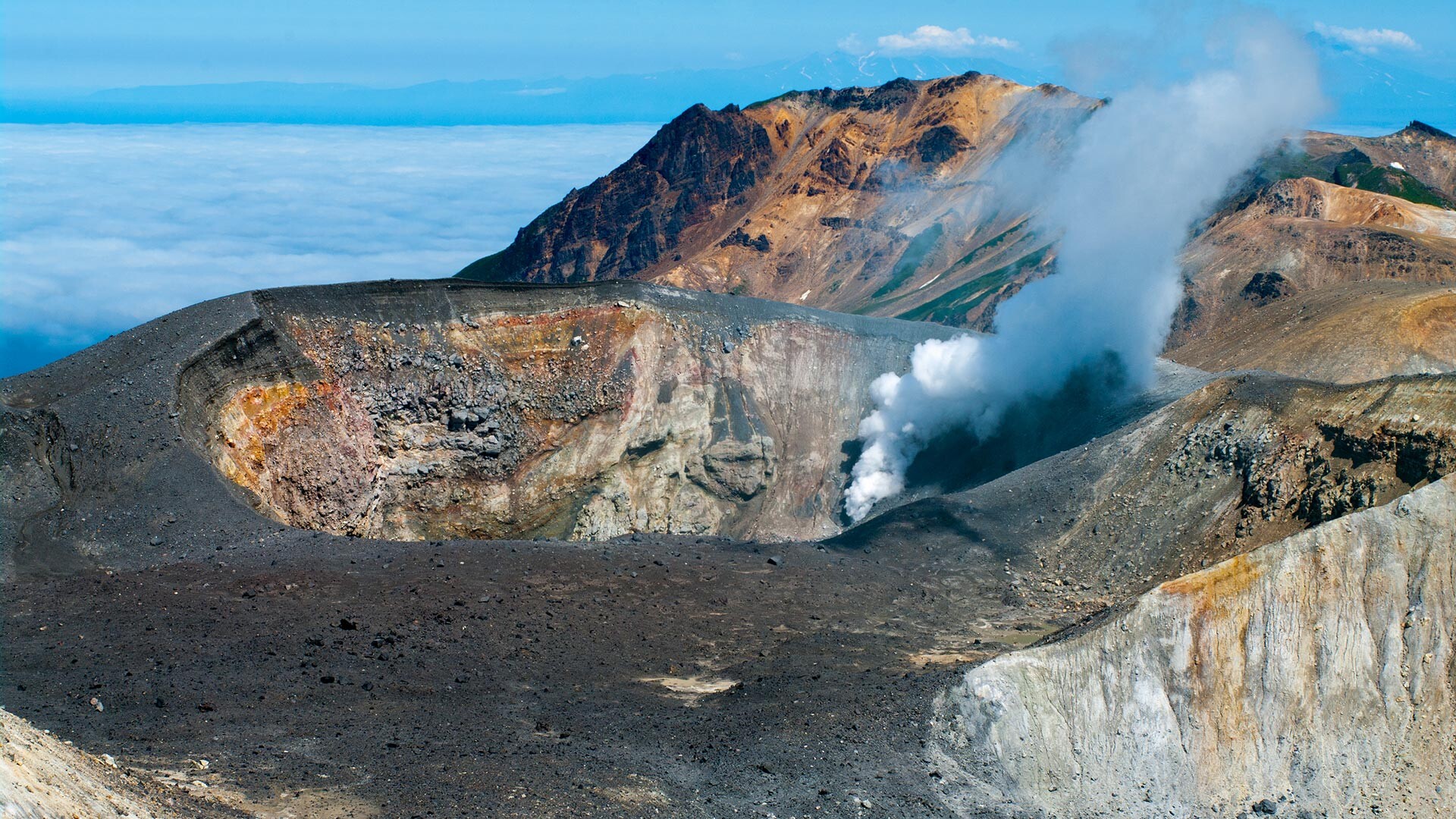 The Kurils are a chain of 56 large and small islands with hilly terrain, separating the Sea of Okhotsk from the Pacific Ocean. In fact, these are all mountain peaks that rise only 1-2 km above the water and the main part is hidden in the depths. That’s why there are such picturesque views! Many of the islands have volcanoes, white cliffs, mineral sources and bird bazaars.

The main tourist event of this fall will be held September 13-15, 2022, in the Forum pavilion at Moscow’s Expocenter.

Following tradition, the OTDIH travel market features a varied business and exhibition program that will cover all the key areas of the travel industry. Thematic events will take place both online and offline. All travel industry members will have the opportunity to find out the key trends and innovations of the season during a personal visit to OTDIH Leisure, as well as via live online broadcasts.