5 Russian patrons of the arts who influenced world culture 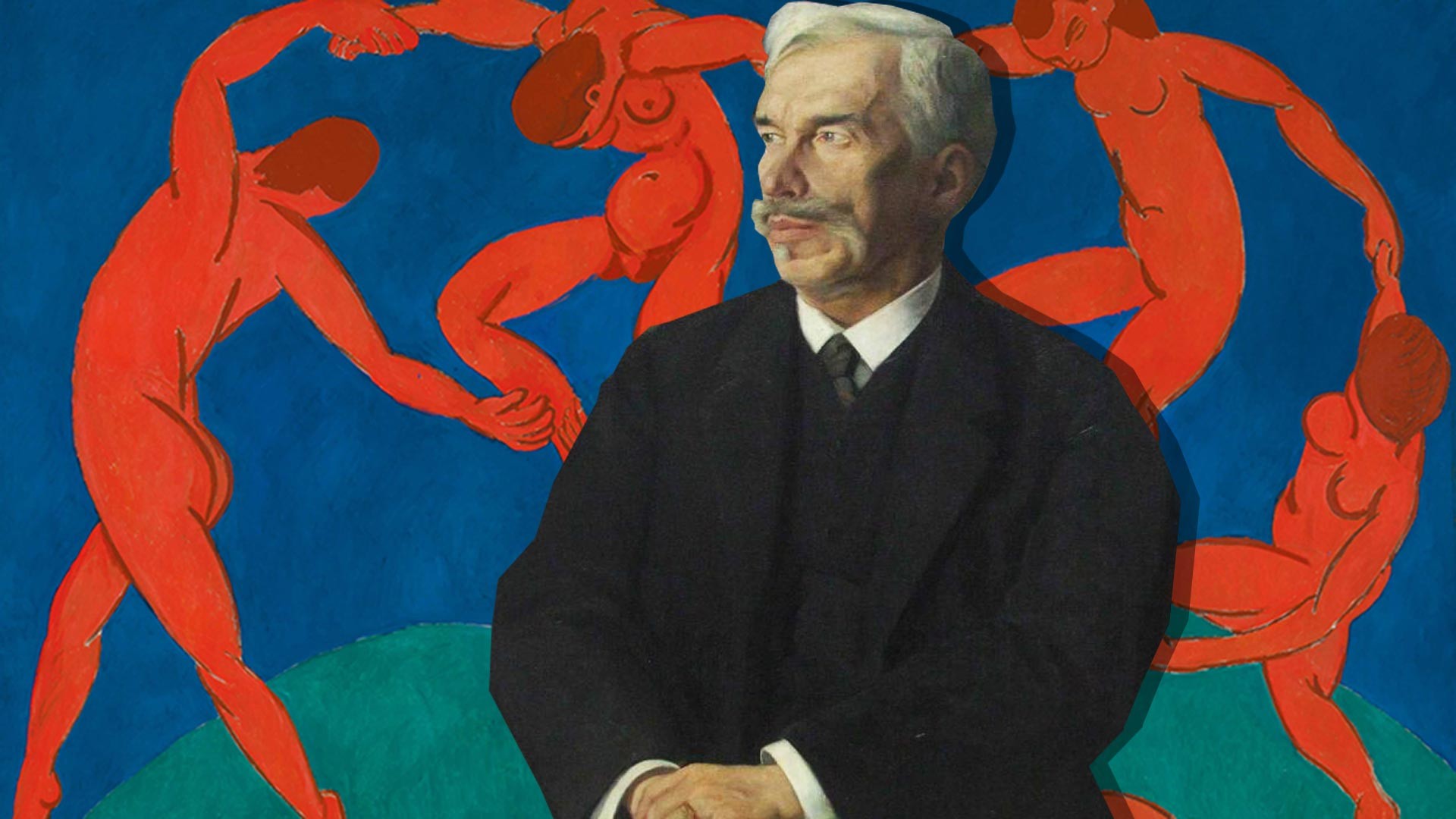 Portrait of Sergei Shchukin; 'Dance' by Henri Matisse from his collection on the background

Dmitry Melnikov; Henri Matisse/Hermitage
The Russian art scene is impossible to imagine without the support of these wealthy and incredibly generous Imperial-era entrepreneurs. Furthermore, some Western artists also owe their immortality to these men.

Pavel Tretyakov is forever commemorated in the name of the famous museum that he designed and built with his own money in 1881, the Tretyakov Gallery in Moscow. The art collection that he bequeathed to the city originally had over 1,000 paintings. Tretyakov started it when he was in his early 20s. 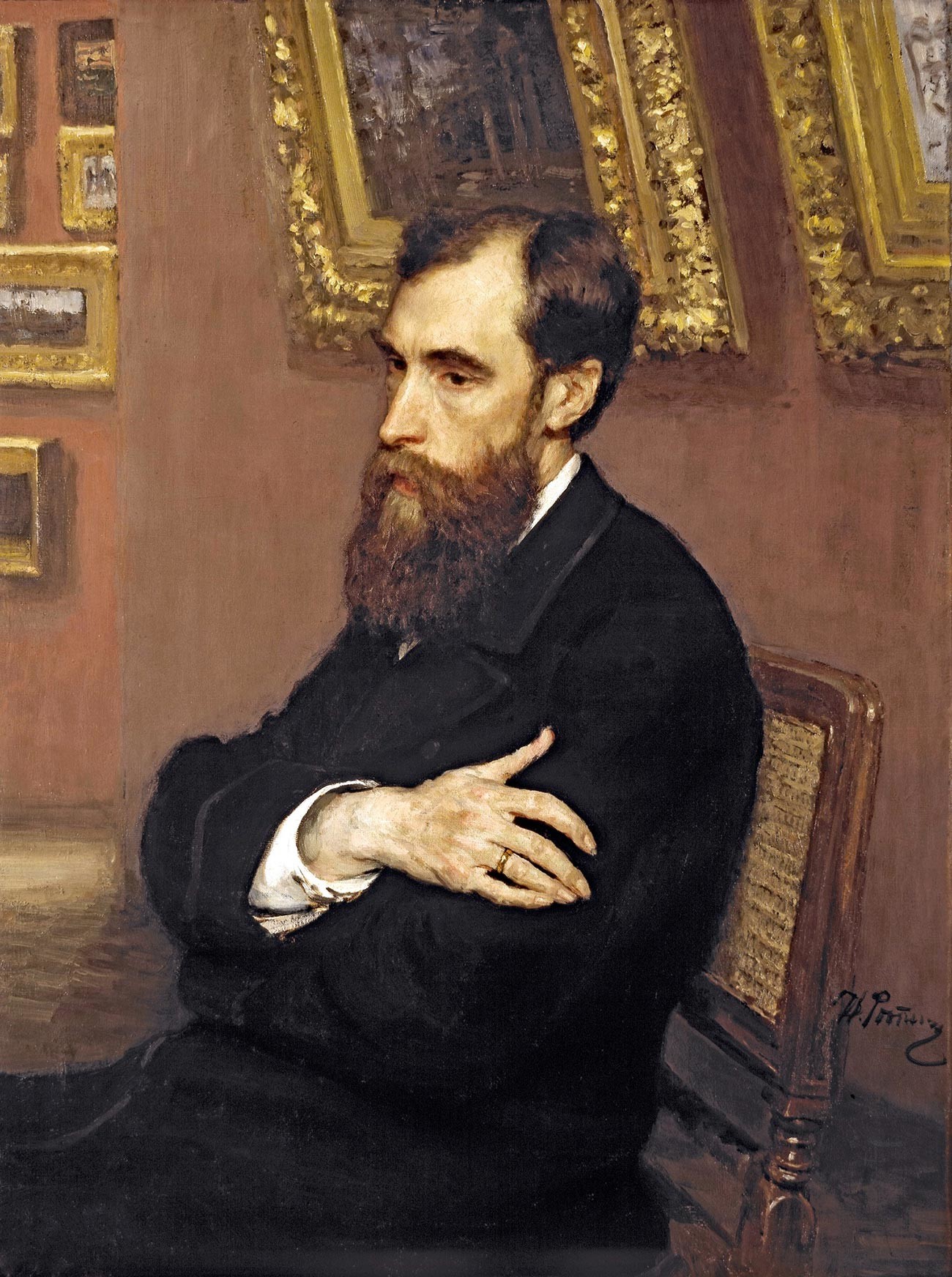 An entrepreneurial streak ran in the Tretyakov family: Pavel came from a dynasty of merchants. Together with his younger brother Sergei (who also was a collector and a philanthropist), he started a successful business. First they opened a store selling Russian and foreign fabrics, and then built cotton mills. 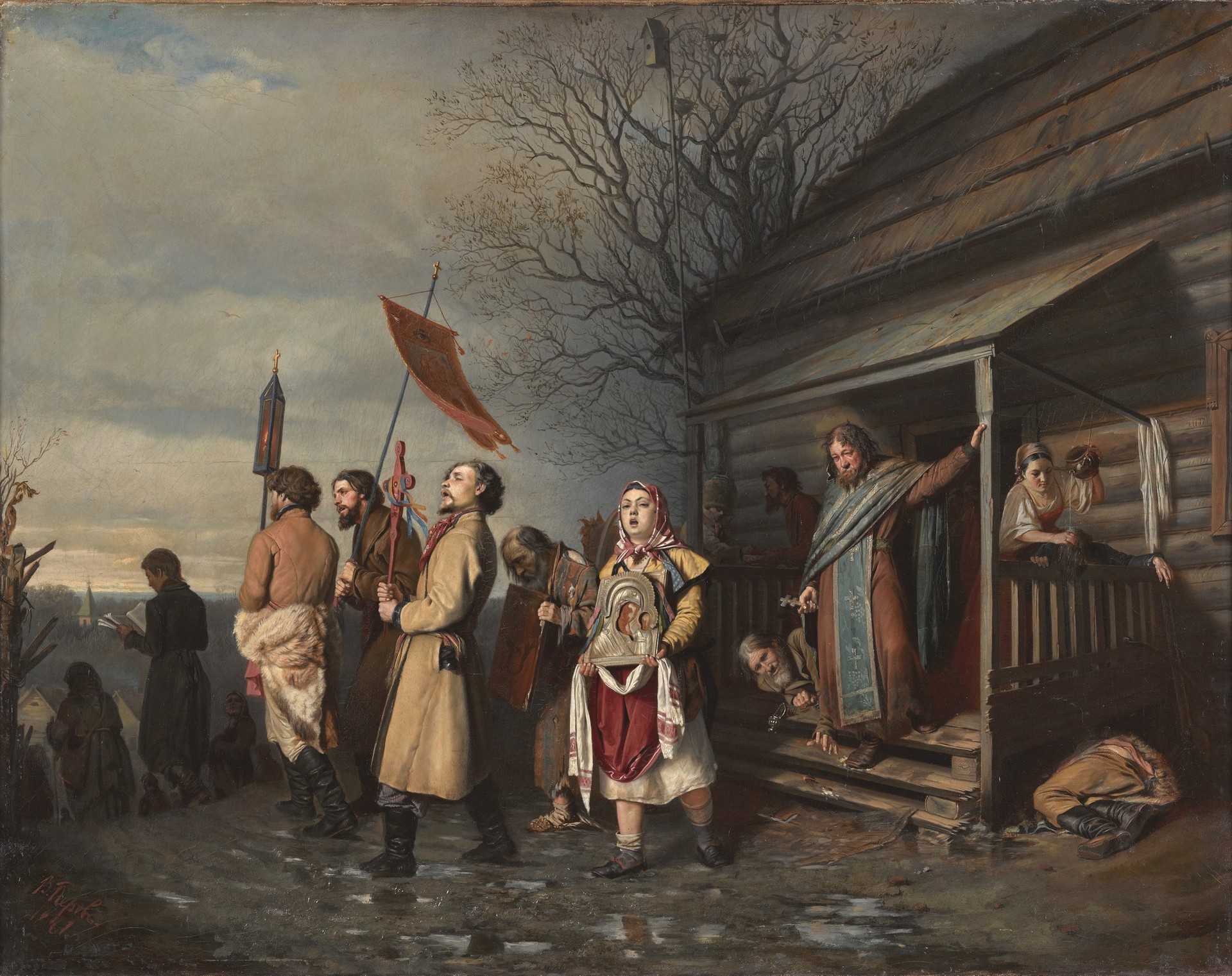 The Tretyakovs actively supported Peredvizhniki (the Itinerants), artists who “went to the people”, trying to break away from the restrictions imposed by the Academy of Art. Pavel's younger brother, Sergei, also amassed a large collection, which contained paintings by Vasily Vereshchagin, Alexander Ivanov, Ivan Kramskoy, Arkhip Kuindzhi, Vasily Polenov, and more. All of them now take pride of place in the Tretyakov Gallery. 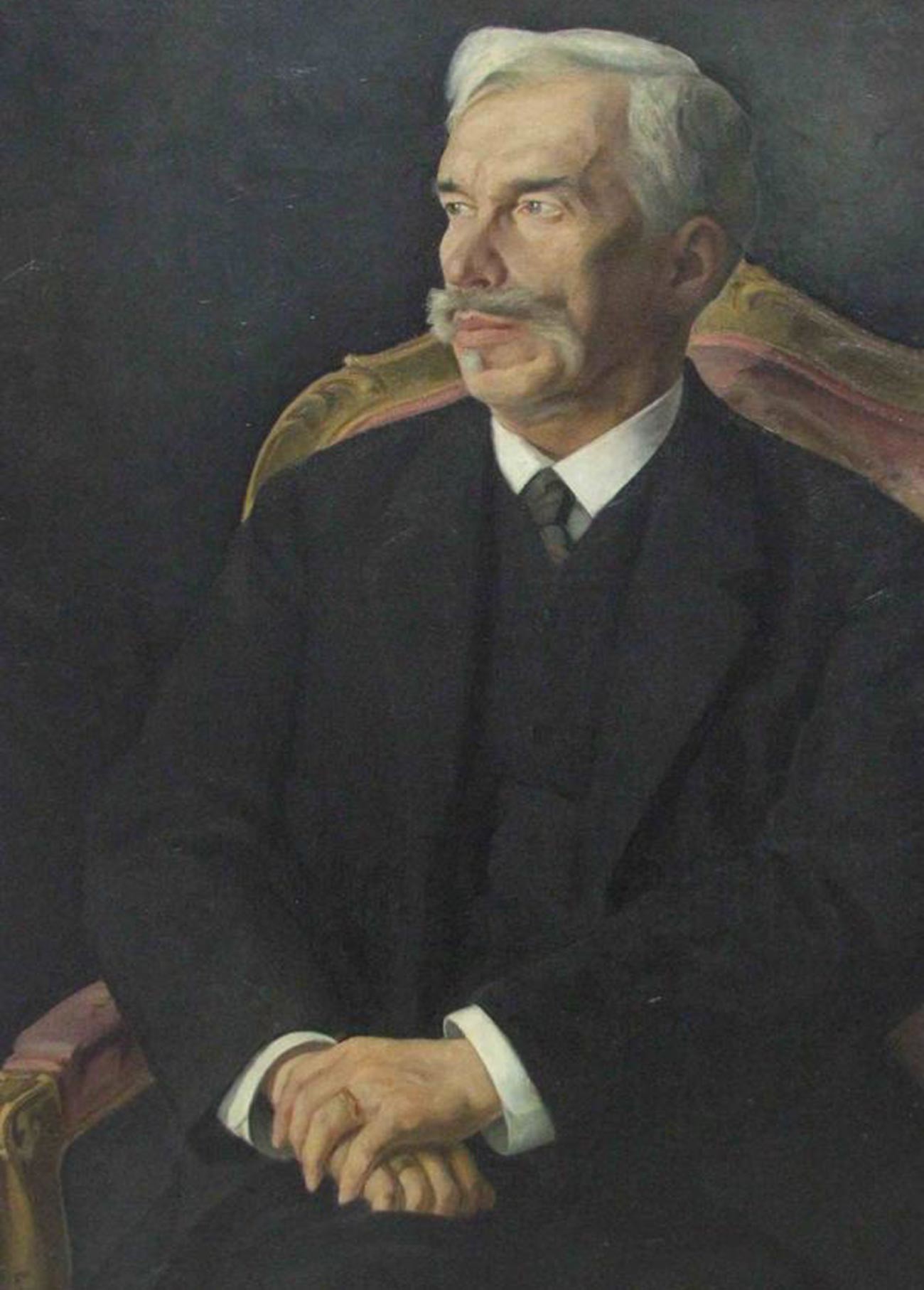 After studying in Germany, Sergei Shchukin, who came from an Old Believer Moscow merchant family, took over the management of his father's textile business, I. V. Shchukin and Sons.

Sergei had several brothers and all of them collected art: some preferred Russian antiquities, while others focused on Western European art. Collecting art was a fashionable hobby among wealthy merchants at the turn of the last century.

Sergei often visited Europe, especially Paris, where he became acquainted with Impressionism and began to buy paintings by Paul Cézanne and Henri Matisse, who were not yet famous at the time. He even commissioned paintings from them for his mansion. Sergei brought home Claude Monet's Rocks at Belle-Ile, the first Monet painting to appear in Russia. Later, Shchukin developed an interest in Post-Impressionism and started buying works by Paul Gauguin, Van Gogh and young Picasso. This art was not yet understood or accepted by the general public, but the Russian collector simply liked those paintings. Today, experts say that he had an “excellent eye” for new art. In a letter to Matisse, Shchukin tried to encourage the artist: "The public is against you, but the future is yours." 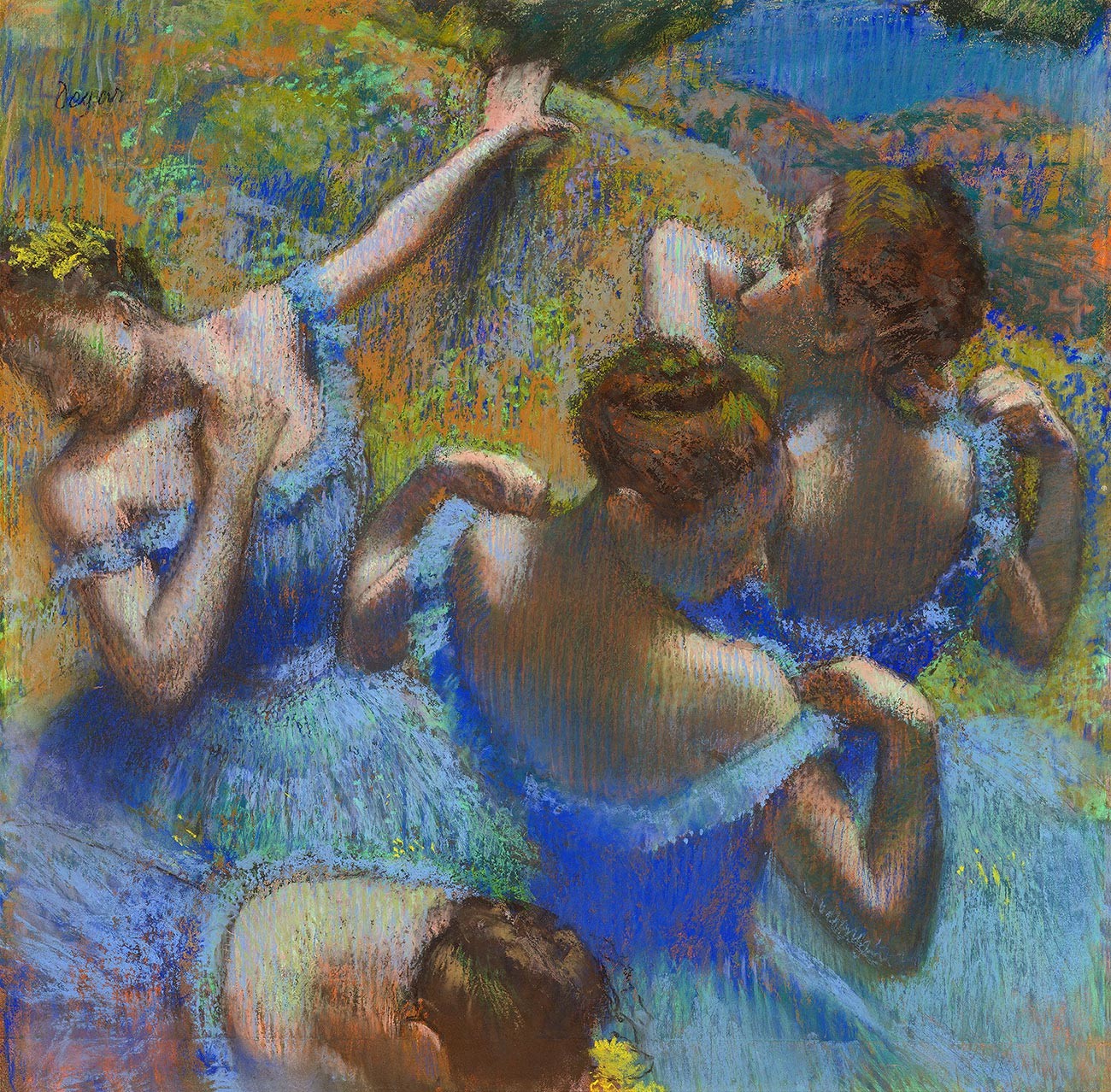 Shchukin put all the purchased paintings in his mansion and opened it to visitors. In effect, it became one of the first private museums of modern Western art. After the 1917 revolution, Shchukin had to leave the country, his collection was nationalized by the Bolsheviks and eventually divided between two major museums - the Hermitage in St. Petersburg and the Pushkin Museum in Moscow. 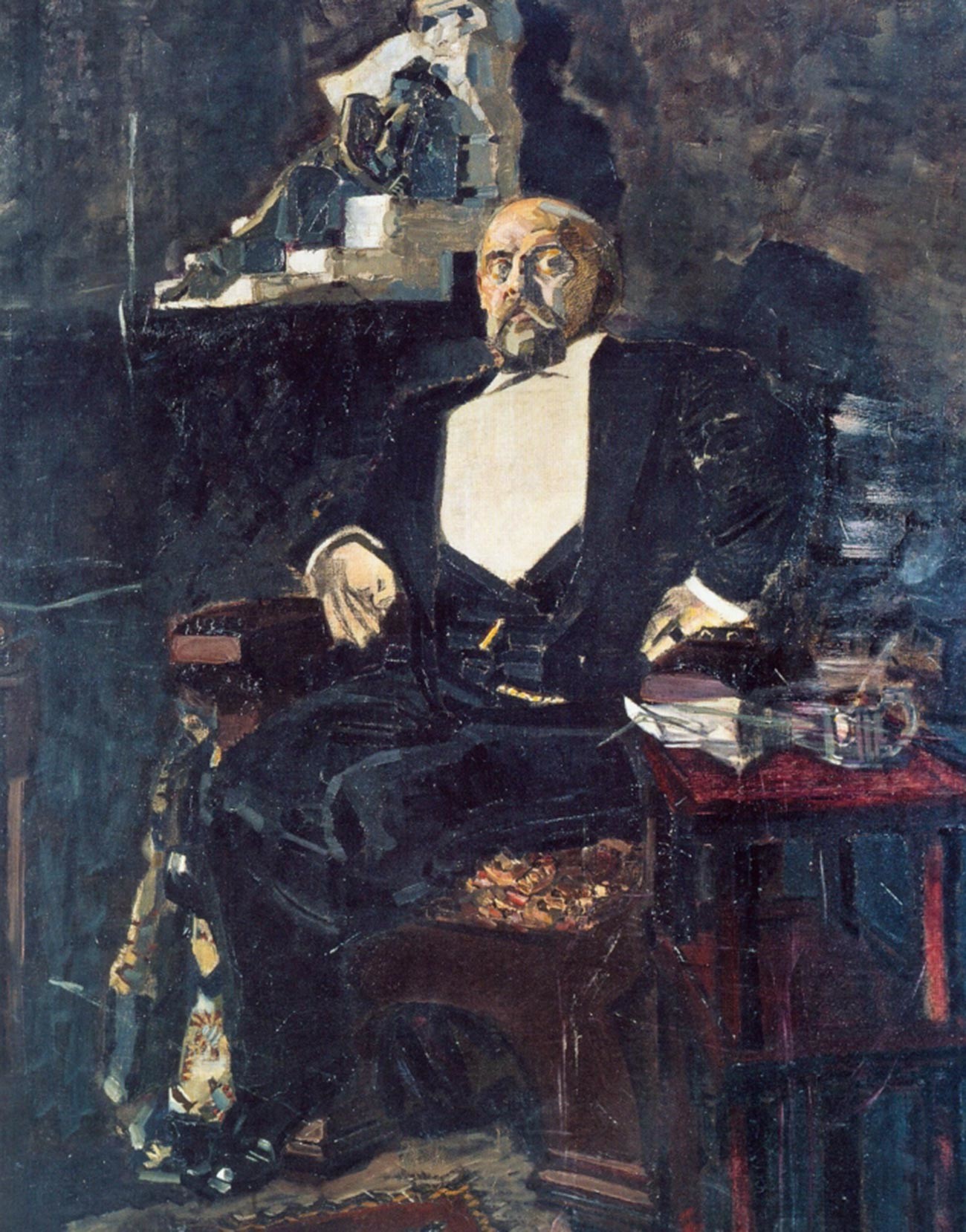 Mamontov inherited a railway company from his father and was busy building railways in Russia. His parents gave Savva an excellent education: he spoke several languages and from a young age was fond of theater, art and literature.

In 1870, Savva bought the Abramtsevo estate near Moscow. He was particularly attracted by the history of the place: the estate used to belong to the Russian writer Sergei Aksakov, who had been visited there by Nikolai Gogol and Ivan Turgenev. 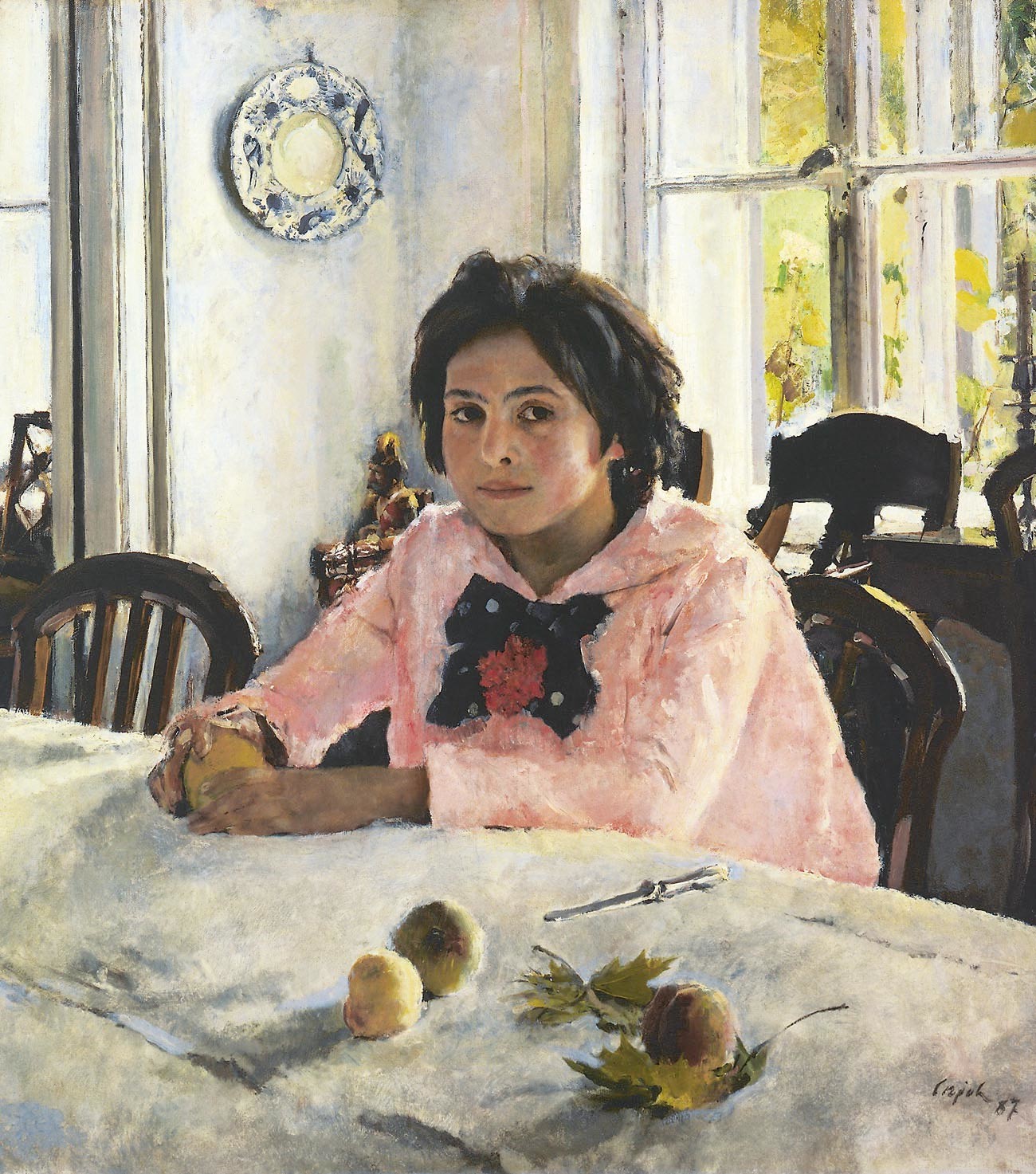 At Abramtsevo, Savva created what these days would be called a cultural cluster with art workshops - the Abramtsevo Art Circle. Artists Vasily Polenov, Viktor Vasnetsov, Valentin Serov, Isaac Levitan, Mikhail Vrubel and many others were his guests there. They were young artists at the time and, in effect, they "matured" artistically at Abramtsevo, creating endless sketches, honing their skill and painting many of their famous works there. Incidentally, the girl in Serov's famous painting, Girl with Peaches, was based on Savva Mamontov's niece. 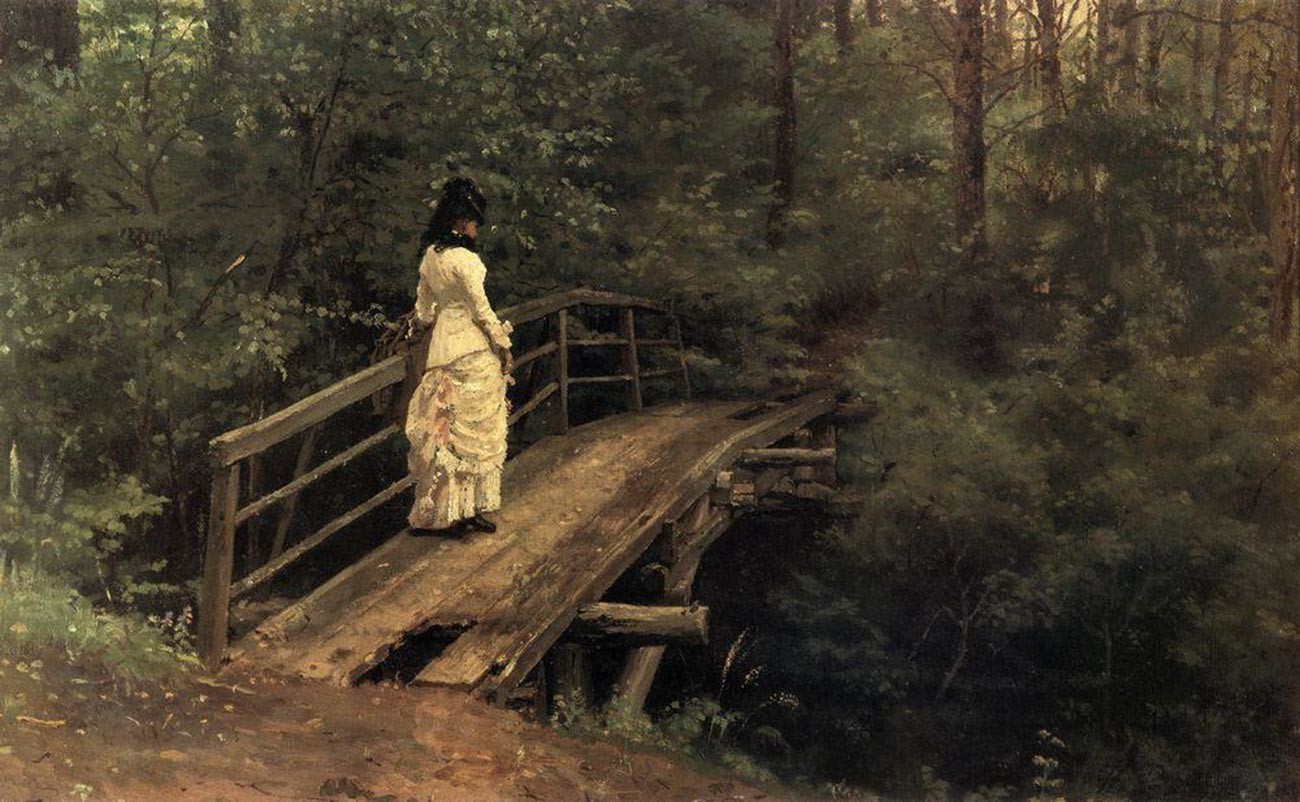 Many of those paintings and sculptures are still exhibited in the Abramtsevo Museum, but most of the masterpieces ended up in the Tretyakov Gallery, the Russian Museum and the Bakhrushin Theater Museum. 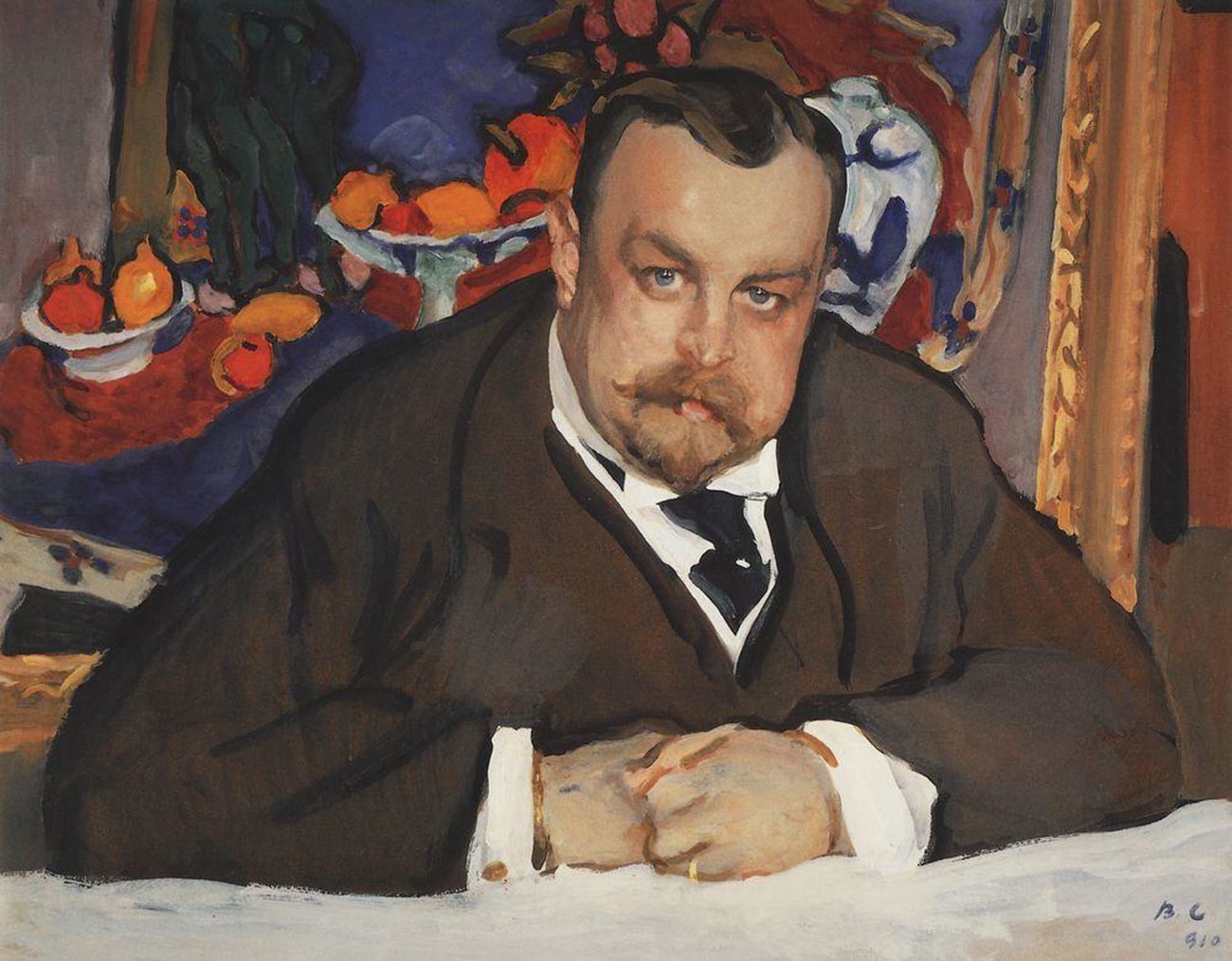 An heir to one of the richest merchant dynasties, Morozov studied in Switzerland and even tried his hand at painting. However, he wasn’t destined to become an artist: his father died, and Ivan had to return home to manage the affairs of the family's cotton mills. Morozov was a very successful businessman, and he made a lot of money during the First World War, supplying cloth for military uniforms.

Russia owes its large collection of modern French art to Morozov. He was an avid collector and spent huge sums of money on art. Together with Shchukin, Morozov didn’t miss a single major exhibition in Europe. As a result, he collected more than 250 works by Claude Monet, Henri Matisse, Pierre-Auguste Renoir, Vincent Van Gogh, and Pablo Picasso. Morozov was also an admirer of Russian landscapes and avant-garde art. 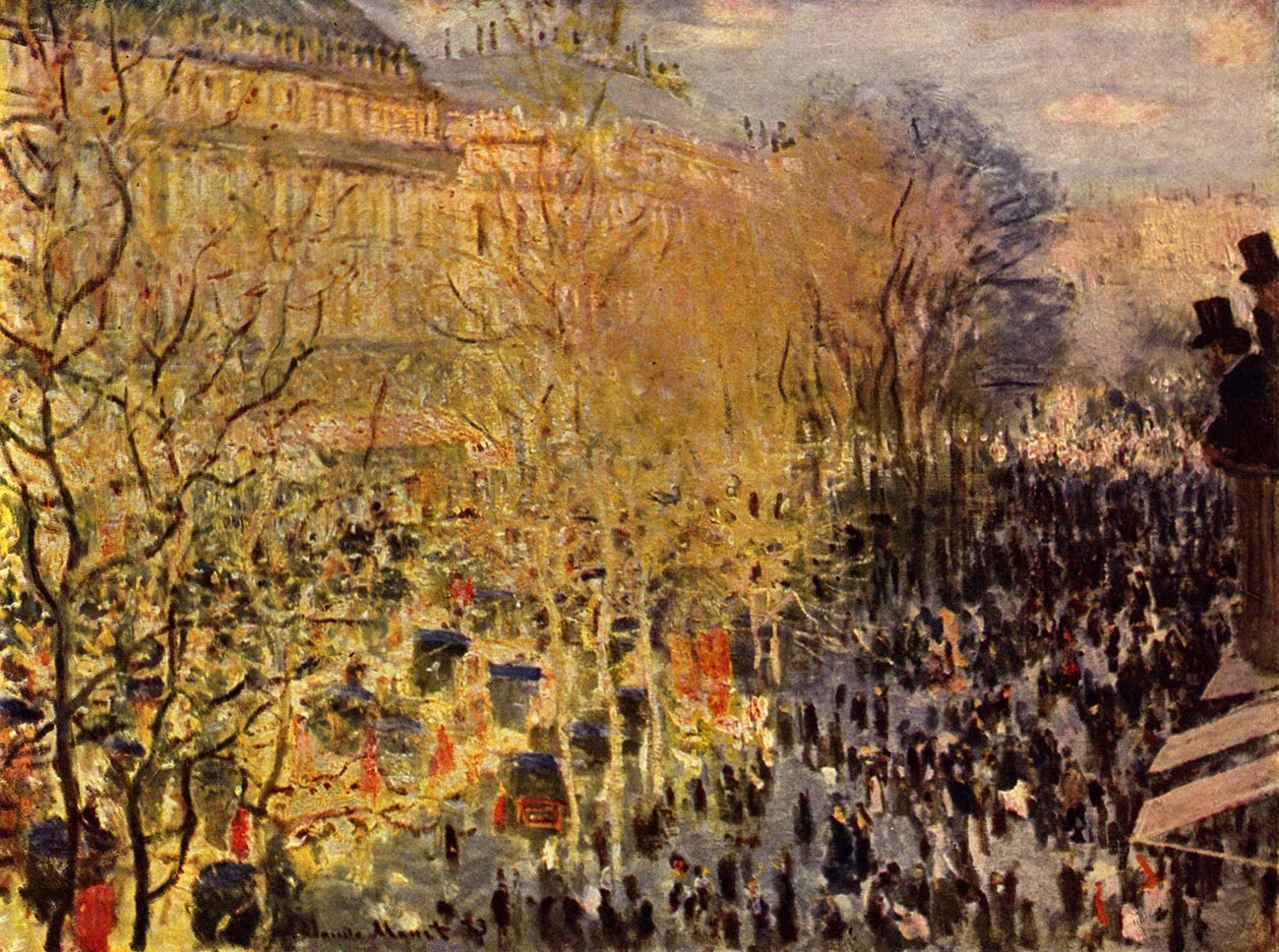 Morozov decorated his Moscow mansion with numerous paintings. However, unlike Shchukin, he didn’t open his collection to visitors. After the 1917 revolution, his collection also was nationalized and his mansion turned into a museum, with Morozov himself appointed as a deputy curator of the collection.

After Ivan's death, the Bolsheviks sold part of his collection to the West, including masterpieces by Paul Cézanne and Vincent Van Gogh. However, the bulk of the collection was distributed between museums in Moscow and St. Petersburg. 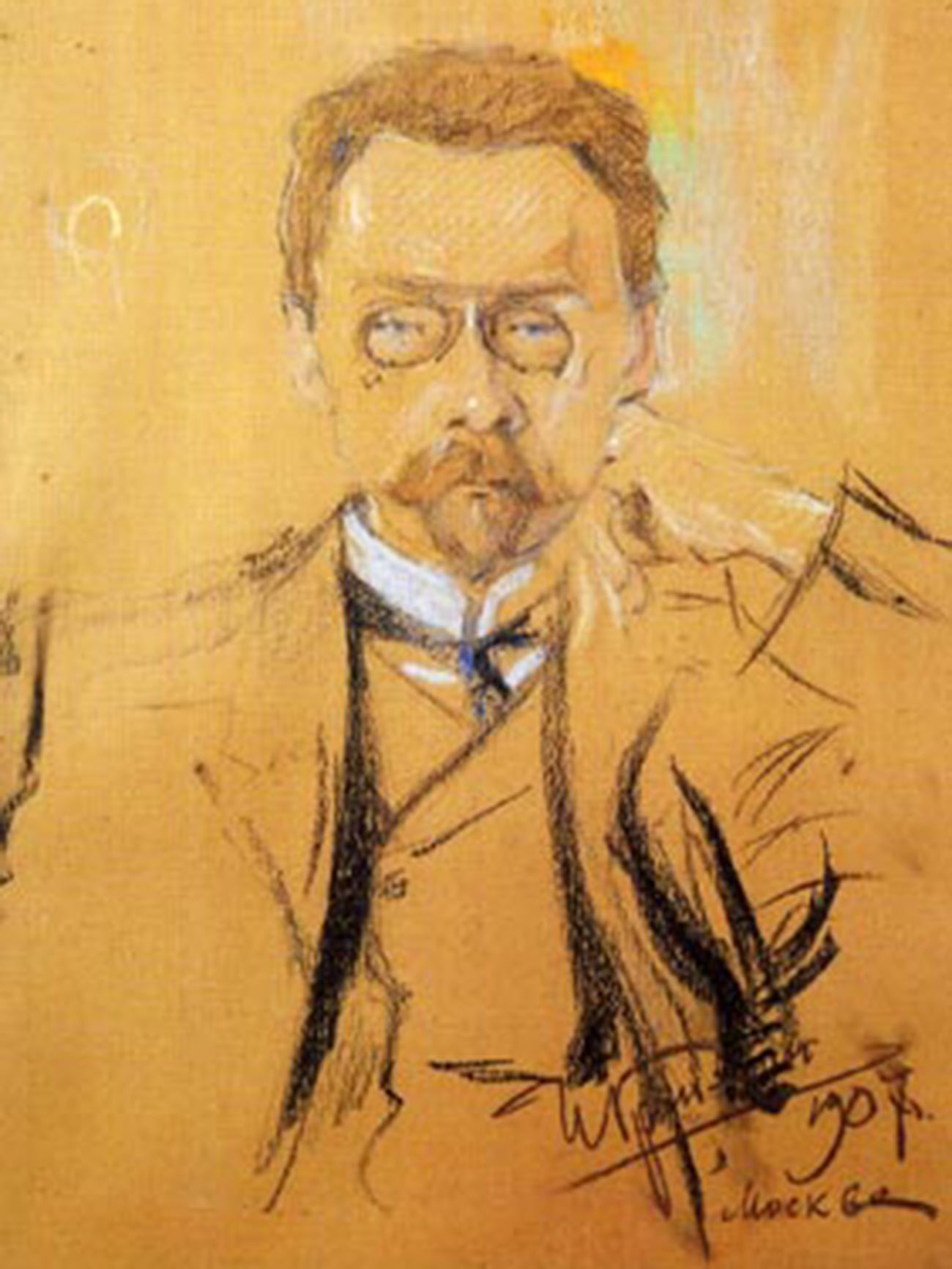 Another descendant of a Moscow merchant dynasty, Alexei Bakhrushin, was passionate about the theater and collected items associated with it: costumes, posters, scenery sketches and actors' personal items. In addition, he tracked down and bought old musical instruments as well as rare editions of plays by great Russian playwrights, and other literary memorabilia. His contemporaries even made fun of Bakhrushin's passion, considering it a trifling activity.

In 1894, Bakhrushin decided to demonstrate his collection to the general public. This moment is now considered the birth of the world's largest theater museum, which now – fittingly - bears the name of its founder. 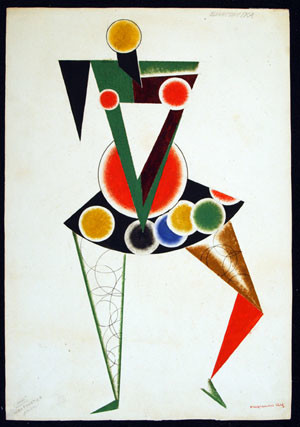 The highlights of this collection are paintings by theater artists Alexander Golovin, Konstantin Korovin, set and costume designs by Leon Bakst, Alexandre Benois, Alexandra Ekster, Natalia Goncharova, and other artists of the Russian Avant-garde.