10 most anticipated Russian movies in 2022 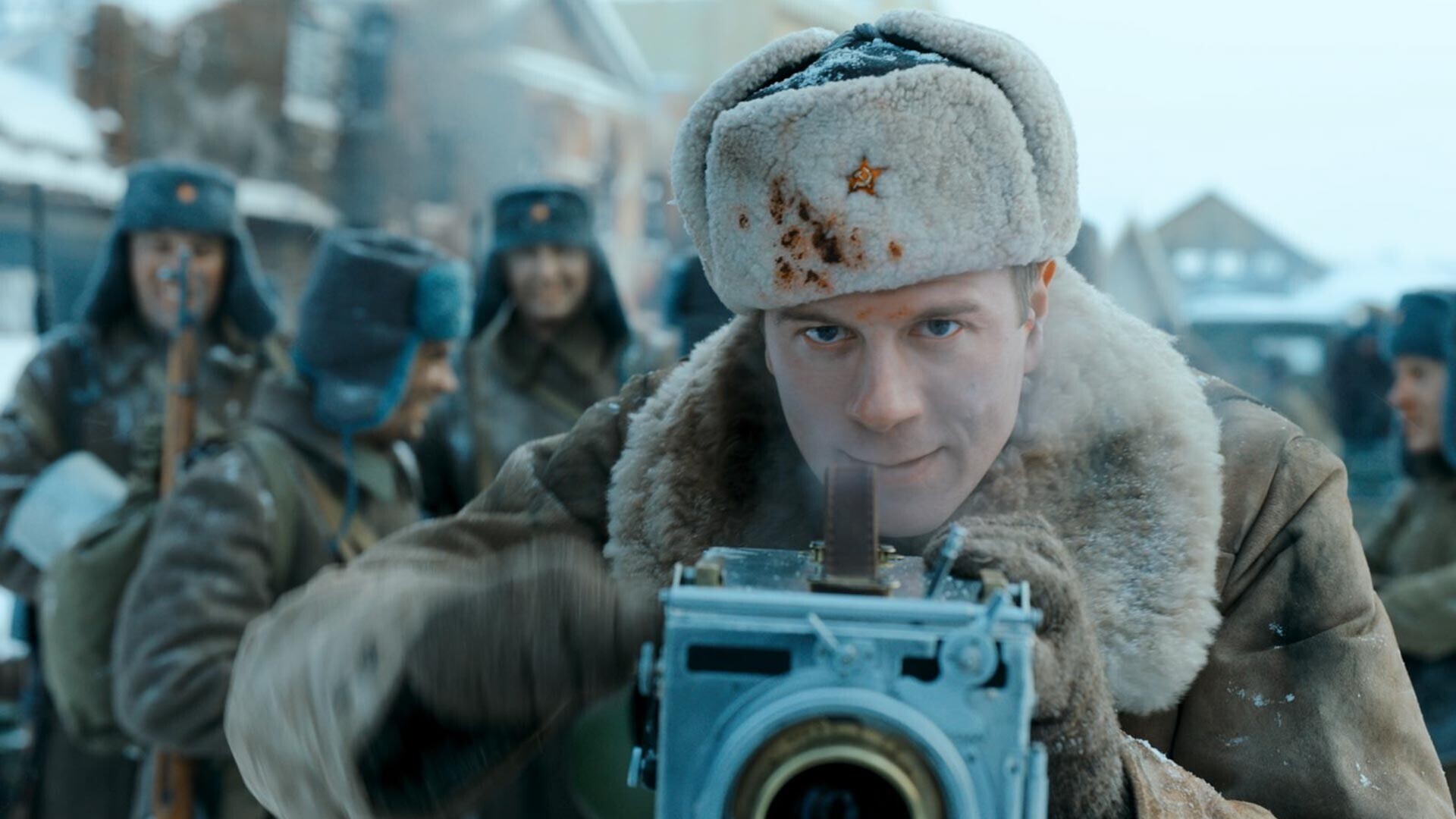 A still from 'The First Oscar'

Sergey Mokritsky/Central Partnership, Novye Lyudi, 2022
Festival hits that you can finally see in the cinema and potential international hits that studios are still putting the finishing touches to.

The past year marked a real breakthrough for Russian cinema. Kira Kovalenko’s ‘Unclenching the Fists’ (2021) won in the ‘Un Certain Regard’ category at the Cannes Film Festival and received an award from the European Film Academy. ‘Compartment No. 6’ (2021), a co-production with Finland, not only won the Grand Prix at Cannes, but has also been nominated for an Oscar. And a truly major event was the flight into space of film director Klim Shipenko with actress Yulia Peresild in the lead role of his movie, ‘The Challenge’. The movie, a large part of which was filmed on the real space expedition, is only scheduled for release in 2023. Still, the coming year promises many high-profile premieres. Russia Beyond has selected six of the most intriguing major movies, as well as four festival hits that audiences around the world will finally be able to see. 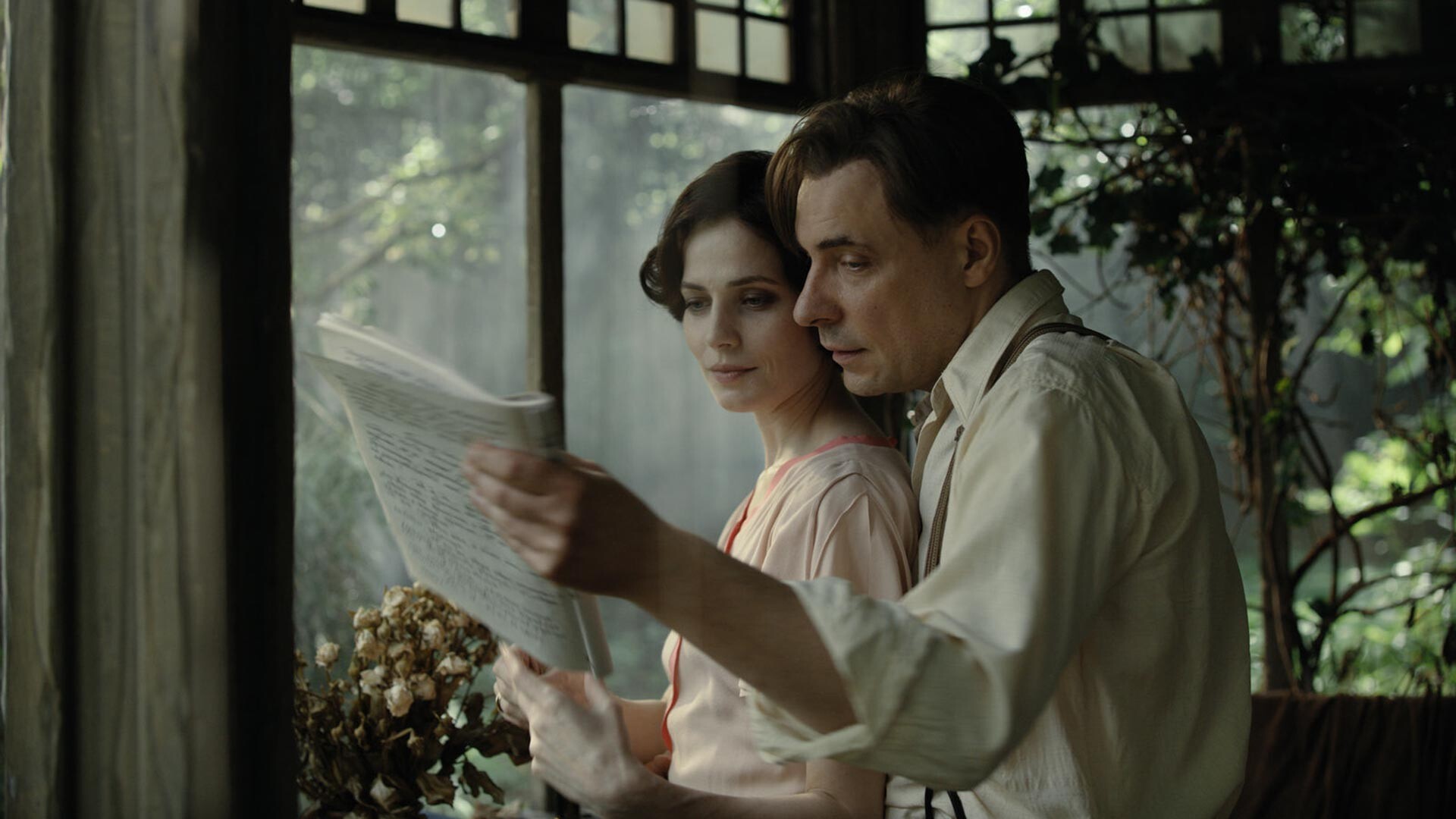 The second work by Mikhail Lockshin and screenwriter Roman Kantor is based on Mikhail Bulgakov’s cult novel, ‘The Master and Margarita’. Their debut movie, ‘Silver Skates’ (2020), was released on Netflix Originals in 2021 and reached the Netflix Top 10 list.

The novel arcanely intertwines the stories of Roman procurator Pontius Pilate, Moscow poet Ivan Bezdomny, a “naughty apartment” in Moscow and the mysterious stranger, Professor Woland, who turns out to be more powerful than Goethe’s Faust.

German actor August Diehl from Terrence Malick’s ‘A Hidden Life’ (2019), stars as Woland and the most beautiful couple in the Russian film industry, Evgeny Tsyganov and Yuliya Snigir, best known for her role in ‘The New Pope’ (2019-2020) with Jude Law, play the Master and Margarita, respectively. 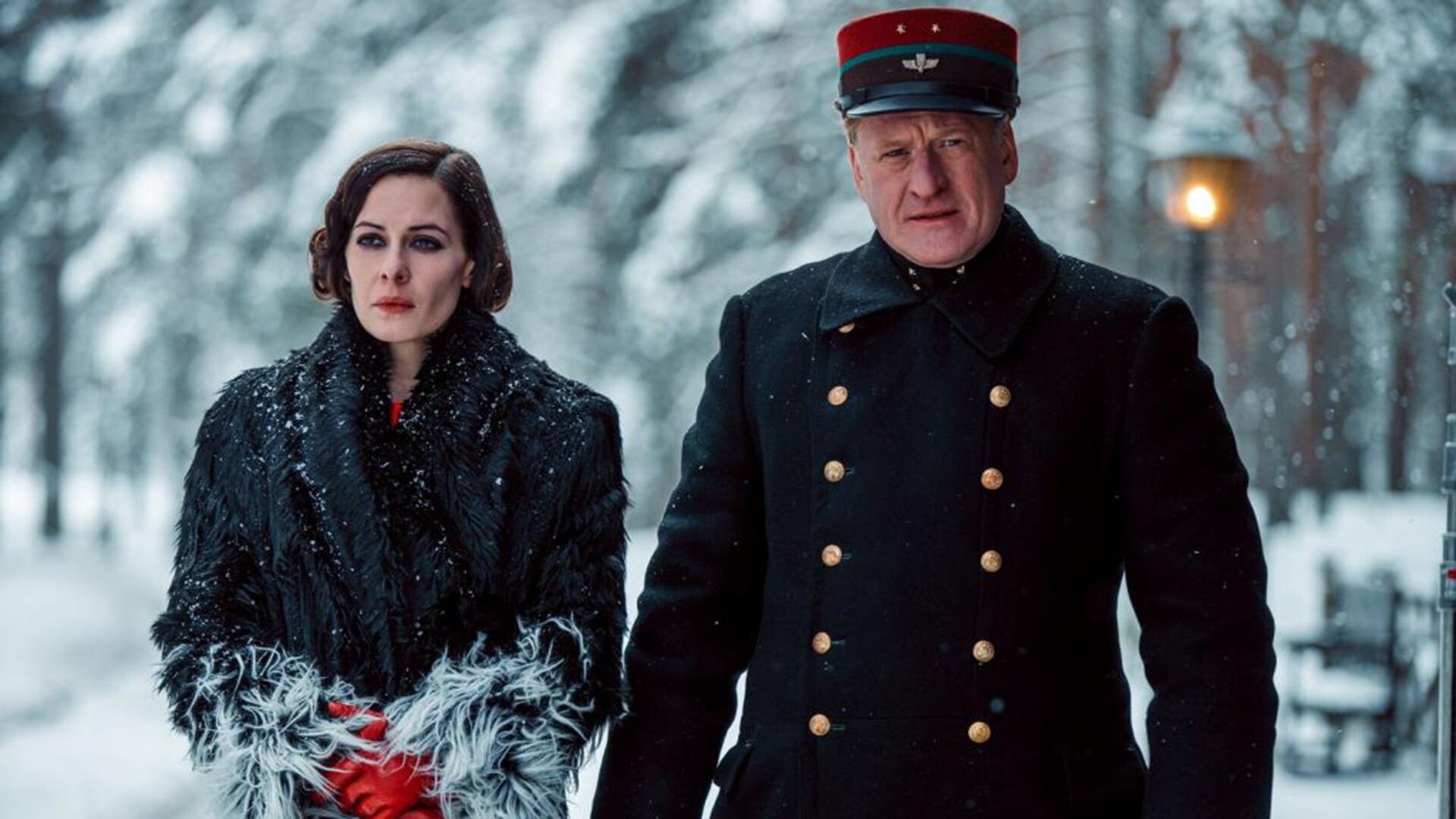 Just a few days before becoming the world’s first filmmaker to go into space, Klim Shipenko managed to complete a thriller about the last days in the life of famous poet Sergei Yesenin and his relationship with dancer Isadora Duncan.

The movie features a snow-covered St. Petersburg, the somber atmosphere of the turbulent 1920s in Soviet Russia, conspiracy theories, imperishable manuscripts that don’t burn and fair-haired Alexander Petrov - star of the ‘Sparta’ (2018) TV series and Fyodor Bondarchuk’s ‘Attraction’ (2017) (both available on Netflix), as well as Luc Besson’s ‘Anna’ (2019) - in the role of the most tragic poet to have rhapsodized about the soil of Russia. 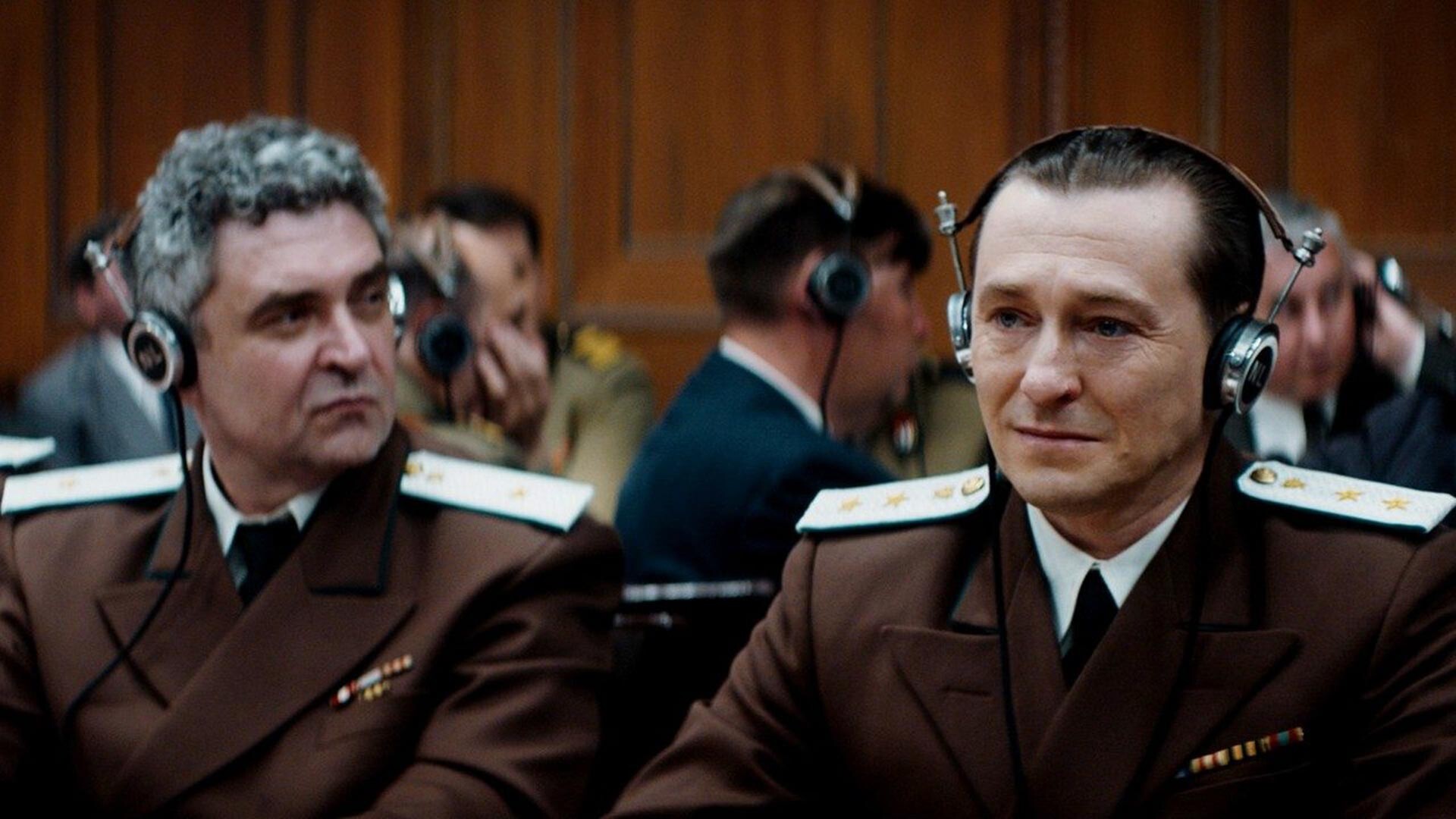 This is the world’s first feature movie to tell the detailed story of the trial of the of the 20th century at which the former leaders of Nazi Germany appeared before the International Military Tribunal.

Direction is by Nikolai Lebedev, one of Russia’s most sought-after movie directors, who made ‘Legend No. 17’ (2013) and ‘Flight Crew’ (2016) (both available on Netflix). According to Lebedev, the movie will not just be a chronicle of the momentous trials, but also a story of true love. 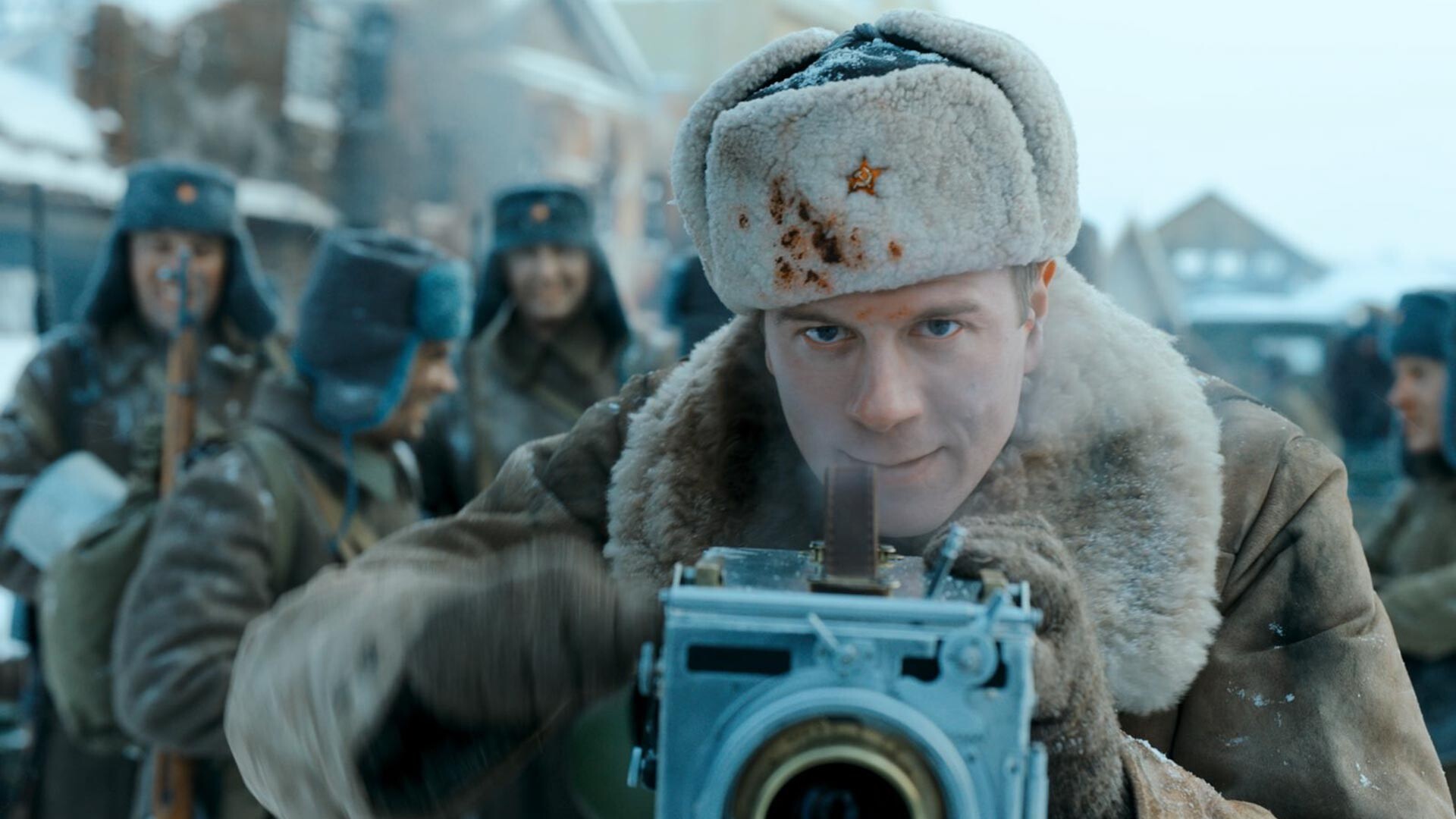 Another historical drama inspired by real events, it tells the story of the front line cameramen of World War II. They filmed on the battlefield at the beginning of the war and, in 1943, were awarded the first ever Oscar for best documentary feature - ‘Moscow Strikes Back’ (1942).

In the lead role is Tikhon Zhiznevskiy, the eponymous major in ‘Major Grom: Plague Doctor’ (2021), an action thriller based on the comic book series of the same name, which has had a successful release on Netflix. 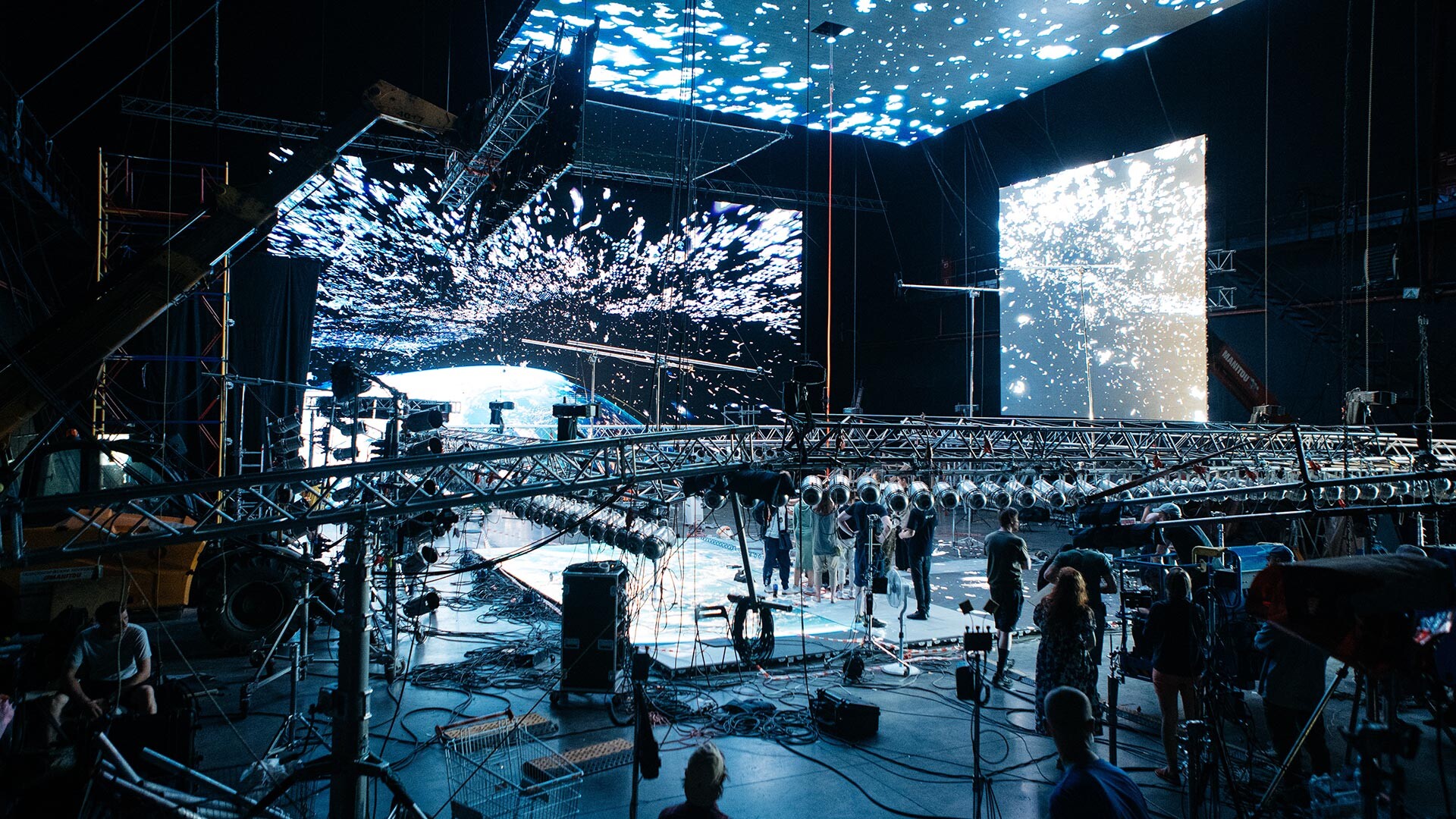 Of course, movies in Russia are made not only about war, but also space. And not only in space itself. For instance, a movie by debut director Oleg Urazaykin that was filmed in a studio is to be released shortly. There is just one actor in the frame - Aleksandr Kuznetsov, who played Helmut in ‘Fantastic Beasts: The Secrets of Dumbledore’ (2022).

In ‘Free Fall’, his character is sent to carry out repairs on an orbital station, but, following an accident, he finds himself alone in space. His only link with Earth is flight operations controller Anna. He needs to rescue her, as well as himself. 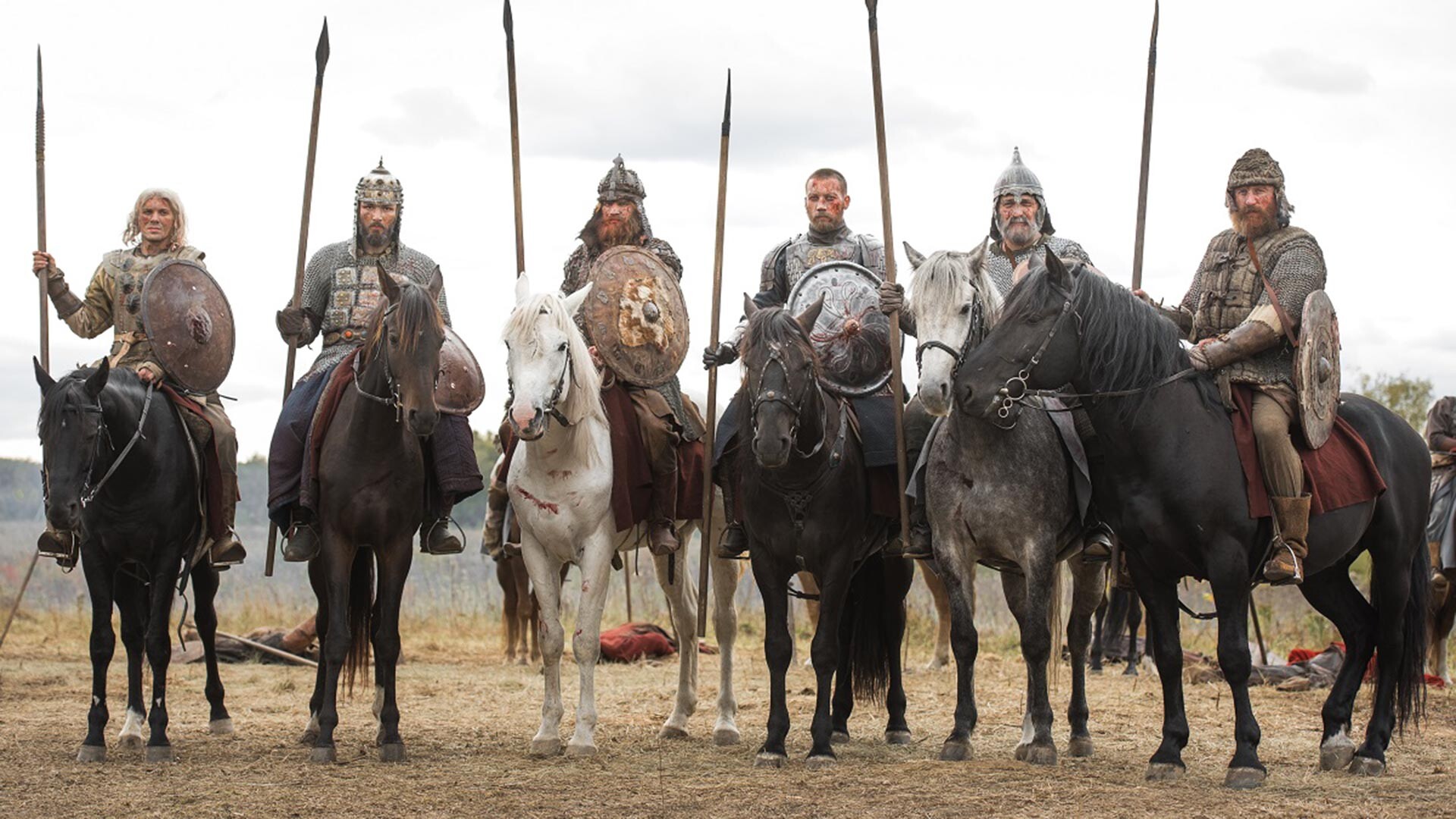 If ‘Free Fall’ is Russia’s answer to ‘Gravity’ (2013), ‘Land of Legends’ is clearly bidding for the title of the Russian ‘Game of Thrones’. The lead here is also played by Aleksandr Kuznetsov, while Anton Megerdichev is directing.

The movie is a screen adaptation of a novel by one of Russia’s most successful contemporary writers - Alexei Ivanov. The action is set in the 15th century, when the Grand Prince of Moscow sends invaders to the Urals in the hope of annexing the unruly Perm lands. 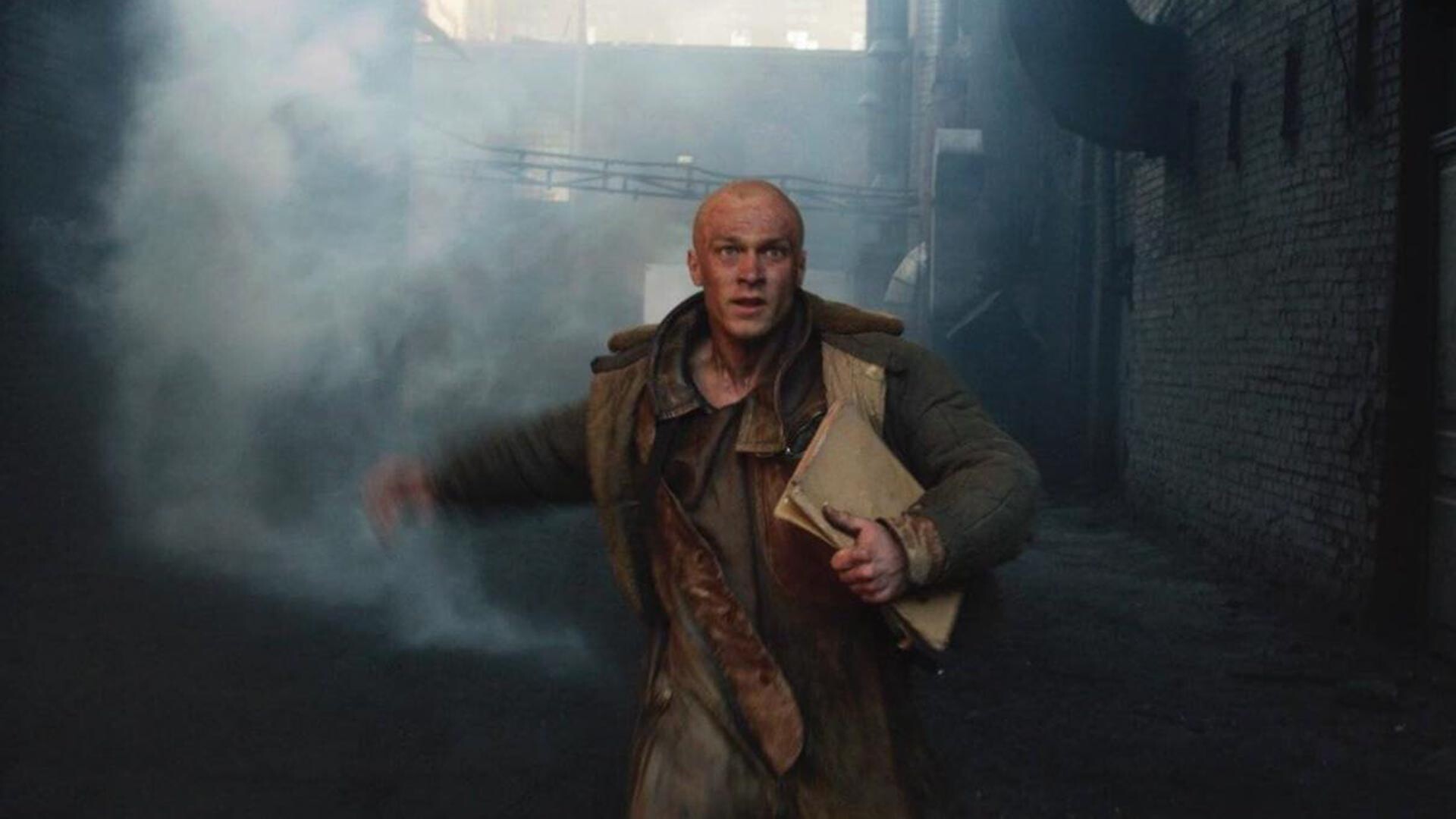 This festival hit, which premiered at the main Venice competition in 2021, is only just being readied for domestic and international release. The main role here is played by Yuriy Borisov - from ‘Compartment No. 6’ (2021) and ‘Silver Skates’ (2020), as well as the upcoming Russian series for Netflix Originals, ‘Nothing Special’.

Its main protagonist wants to find a way into paradise after he dies. But the trouble is that, for as long as he can remember, he has been creating hell for everyone else. He has served in the notorious NKVD without recognizing the evil he was doing.

Directors Merkulova and Chupov, who, until now, have explored fears of death on a personal, not societal level in ‘The Man Who Surprised Everyone’ (2018), portray the nature of the NKVD and the fallout from the ‘Red Terror’ in the most graphic way. The movie has already managed to win best screenplay at the Russian Kinotavr Festival and nominations for the Golden Eagle national film award. 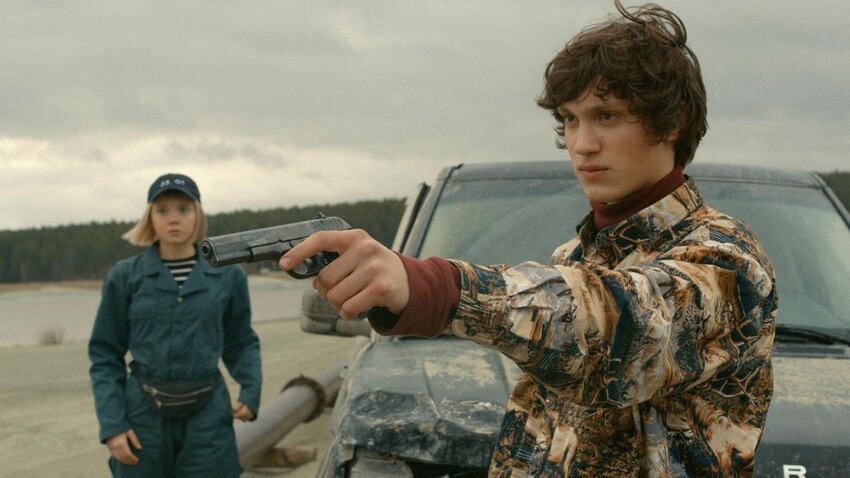 This Russian version of ‘Euphoria’, based on real events, has to date only been screened at a few festivals, including in Warsaw, where it won the Young FIPRESCI Jury prize and earned rave reviews from its main target audience - teenagers. The hard-edged coming-of-age story has a timeless, lost-in-time feel, with visual echoes of Soviet cinema and thoroughly modern music tracks of the TikTok variety.

But, the main thing is the perennially topical story. Whether that’s more Romeo and Juliet or Bonnie and Clyde is for the viewer to decide.

9. ‘No Looking Back’, director Kirill Sokolov 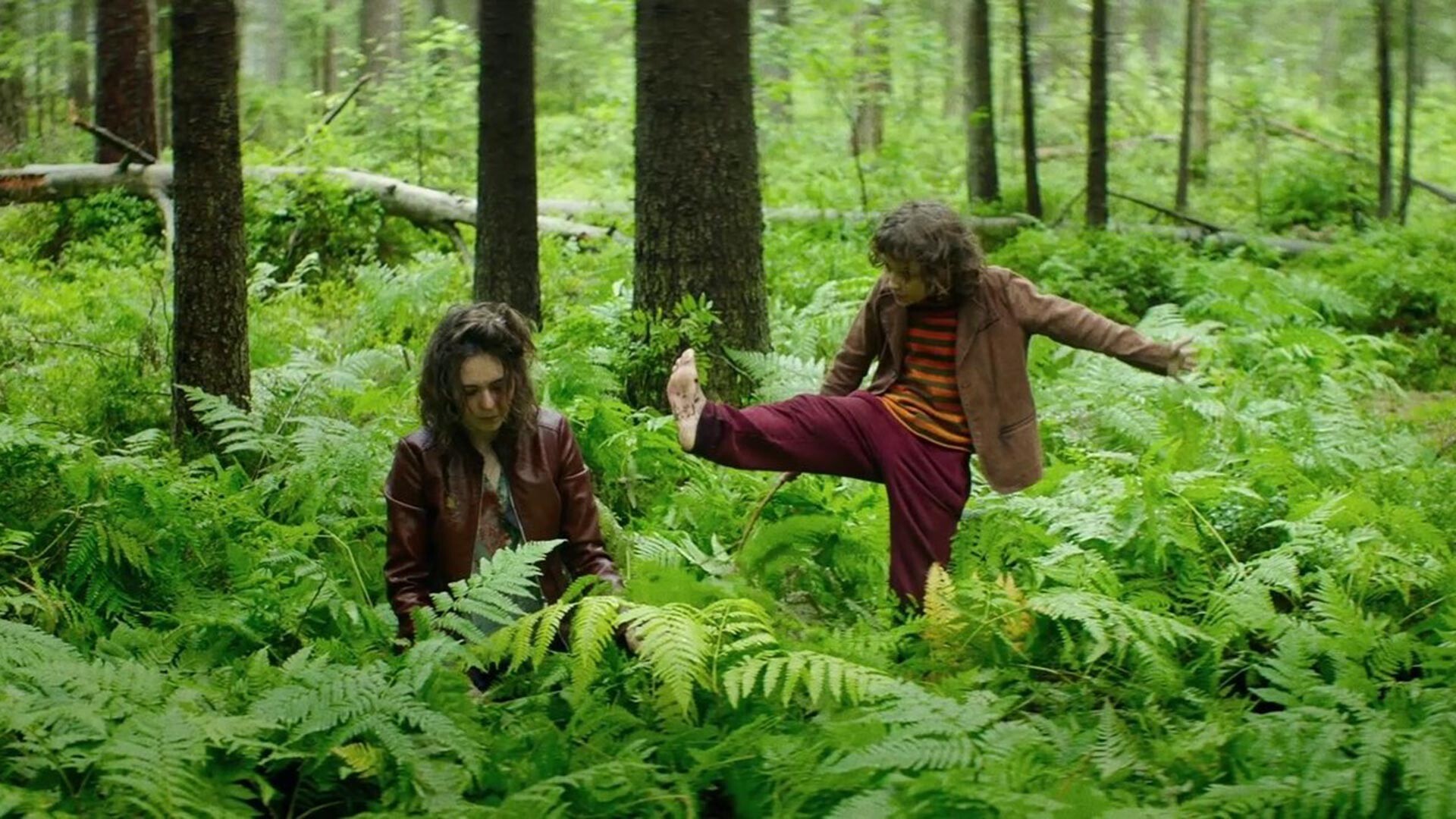 This second work by the director of ‘Why Don't You Just Die!’ (2018), which got excellent ratings on Rotten Tomatoes, is devoted - as fully befits the spirit of the times - to women and, specifically, three generations of nominally free women living in Russian villages, where the hit of the season is not just orange, but red.

As in Sokolov’s previous movie, relatives - in the present instance, blood relatives - are in a life-or-death struggle. Favorite references to Quentin Tarantino, Korean thrillers and even the Cohen Brothers are on offer. 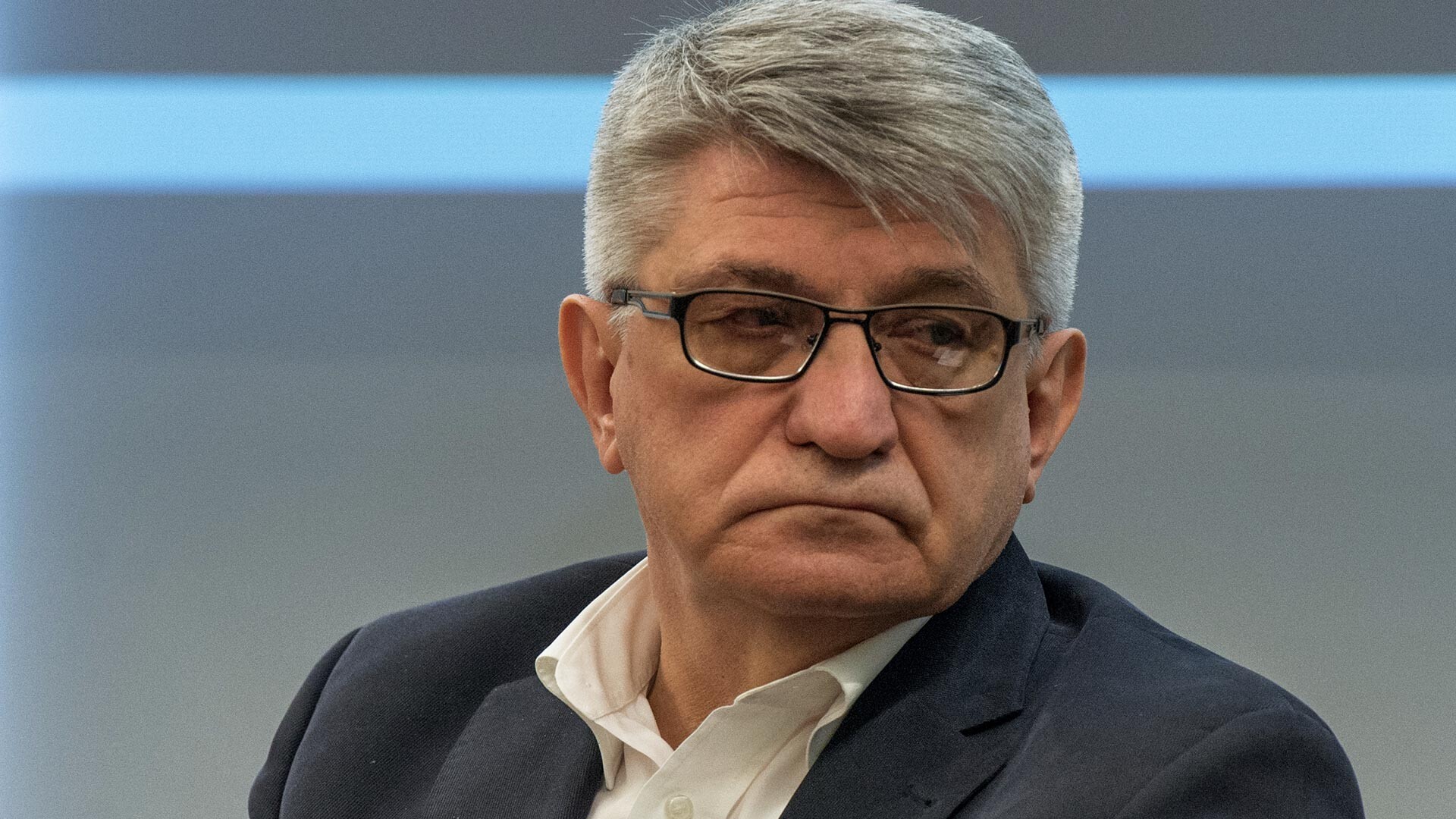 This enigmatic new project is by the most widely-known Russian movie director abroad, who hasn’t made a feature movie since ‘Faust’ (2011), which won a Golden Lion at the Venice Film Festival that year. The movie deals with the heavy topic of World War II, but it is a fantastic tale. This is an uncharacteristic move for Sokurov, who, in his filmography, draws on real historical events or literary sources. Just recall his Tetralogy of Power - ‘Moloch’ (1999), ‘Taurus’ (2001), ‘The Sun’ (2005) and ‘Faust’ (2011), in which the director portrayed Hitler, Lenin, Hirohito and Faust himself.