Orthodox Christianity for dummies: Everything you were afraid to ask 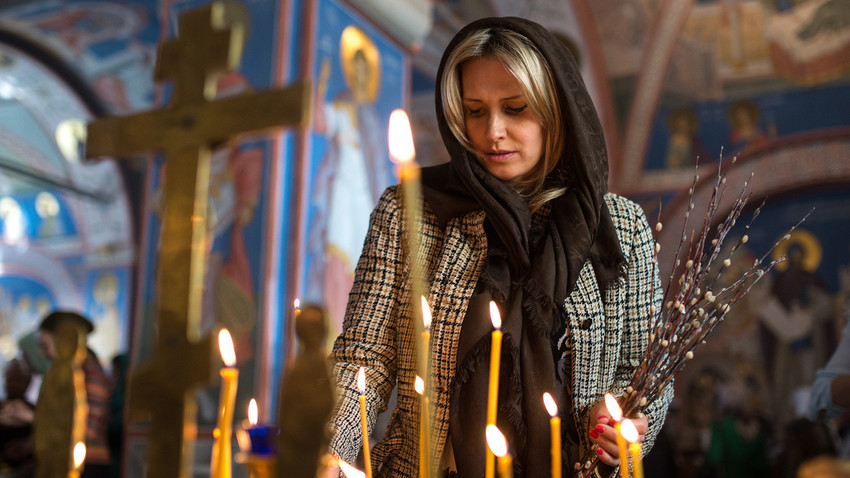 Sergey Bobylev/TASS
Tourists are frequently amazed by the sparkling golden domes of Russian churches and their dark, cozy mysteries inside. But some rituals and features may not be clear to a foreigner.

1. How is it that one religion is divided into Orthodoxy and others? 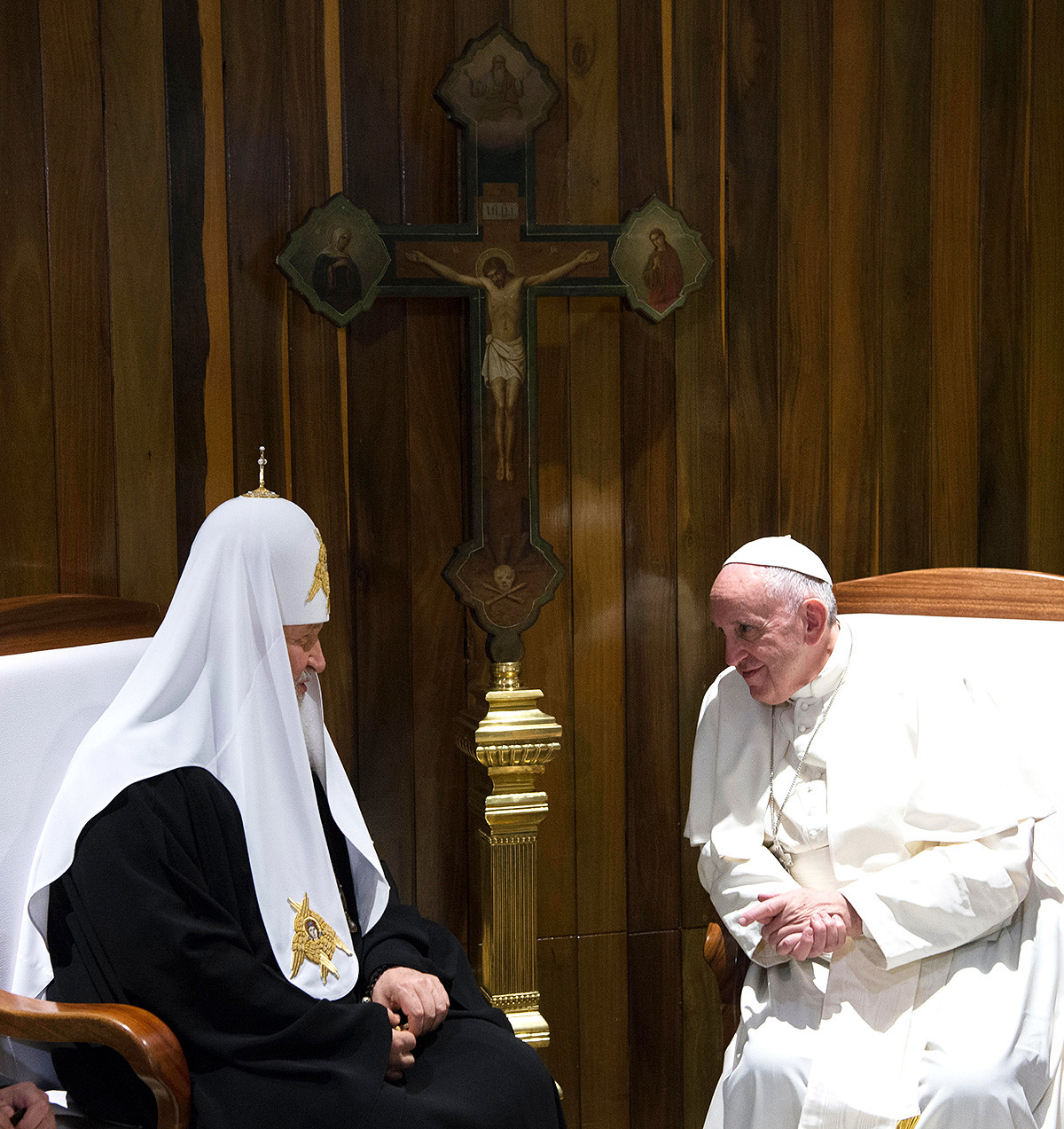 Patriarch Kirill of Moscow and All Russia (L) and Pope Francis (R) at a meeting in Havana, 2016

Christianity was divided into Eastern and Western parts in 1054, when the Great Schism happened. This event was the culmination of theological and political differences between the Christian East and West, which had developed over the preceding centuries. Since then, the Roman Catholic Church has had its center in Rome, and the Pope as its leader. The Orthodox Church has its spiritual center in Istanbul (formerly Constantinople). The Ecumenical Patriarch of the Church of Constantinople is considered “first among equals” in Orthodox Christianity. The Orthodox and Catholic churches are at peace with each other.

2. What are the main differences between Catholic & Orthodox rituals? 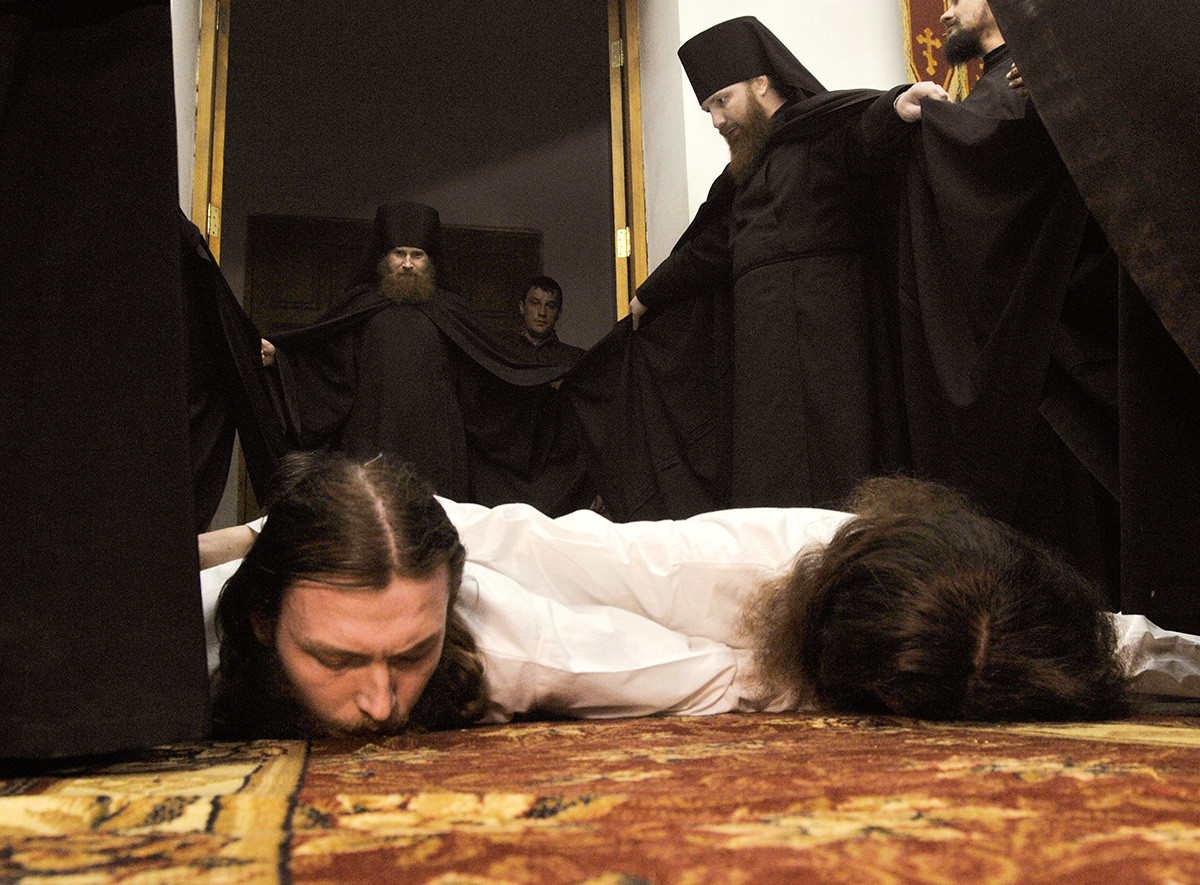 Tonsure of the five new monks of the Seraphim-Sarov monastery in the village of Novomakarovo in the Gribanovsky district of the Voronezh region. The tonsure takes place once a year during Lent.

There are many differences between Catholic and Orthodox rituals. The most obvious one is the sign of the cross, performed in Catholicism from left to right shoulder, and vice versa in Orthodoxy. There are also considerable differences in the rite of baptism, Christmas celebrations, Easter celebrations, and the fact that Catholics and Orthodox believers live by different calendars.

3. Why do Orthodox icons look so weird? 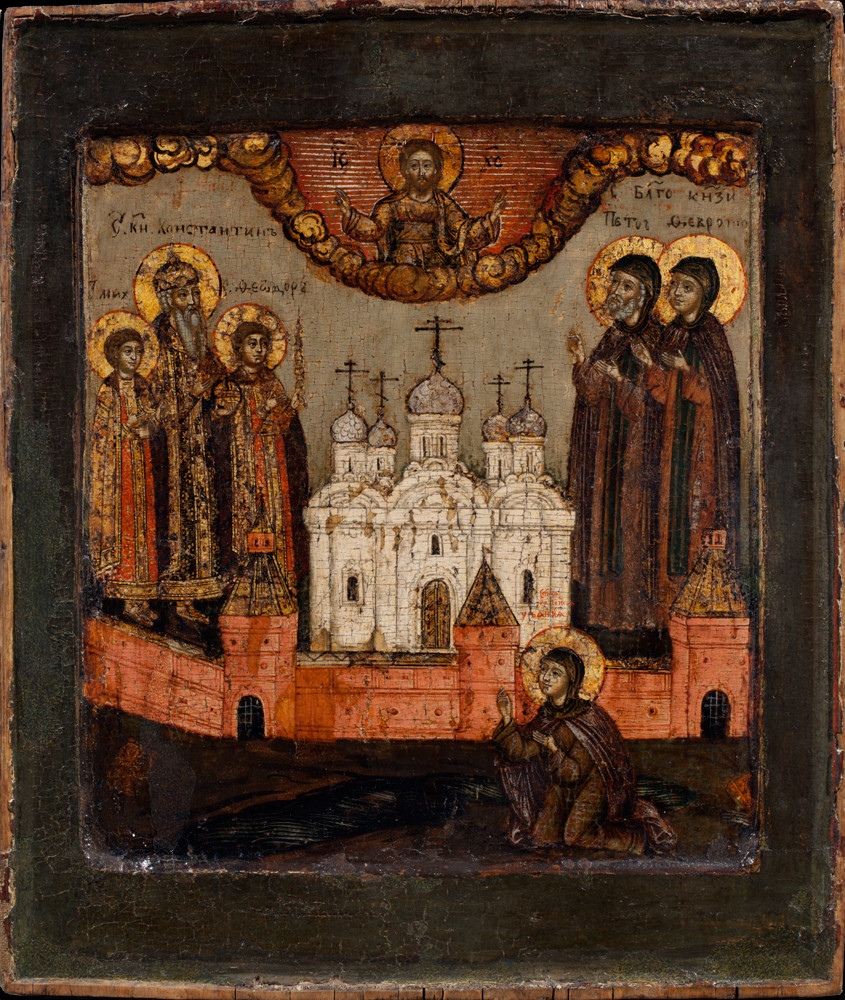 Synaxis of the Saints of Murom icon, 17th century

In Orthodoxy, icons are perceived as “windows to the world of God”, and must be revered and respected as such. This is why Orthodox icon painters don’t try to picture God, Virgin Mary, Jesus Christ, or saints in “real” proportions – Orthodox icons do not depict, they symbolize. Here’s your short guide on how to read and understand Russian icons.

4. What is the meaning of the forms, colors, and the number of Orthodox church domes? 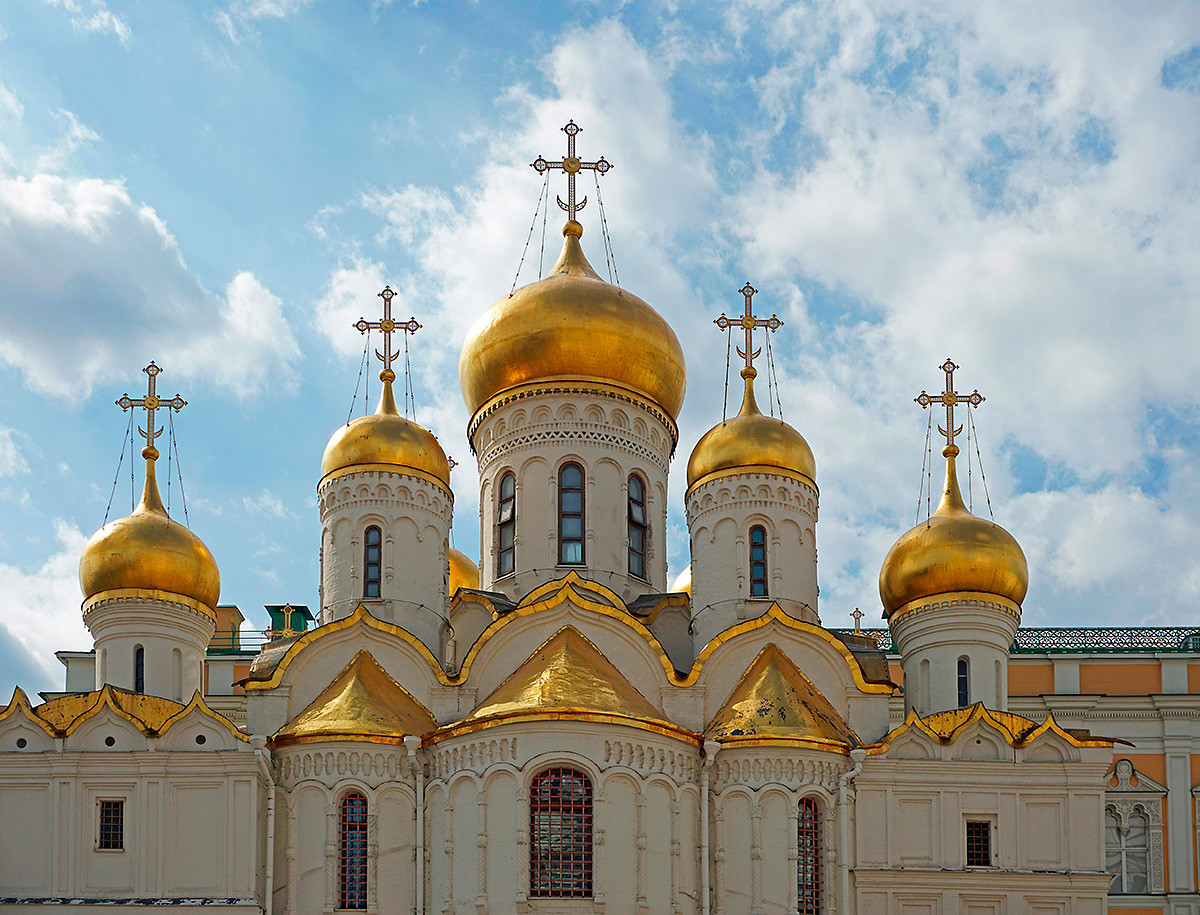 Domes of the Cathedral of the Annunciation, Kremlin, Moscow, Russia

There are three forms of Orthodox church domes: round (half-sphere), symbolizing the eternal kingdom of God; helmet-like, symbolizing readiness to fight for God, and one resembling a lit candle, symbolizing prayer and eternal life in God’s realm. Candle-like (or onion-like) domes are also especially fitting for Russia – this kind of dome doesn’t need cleaning in winter, as snow doesn’t settle on a dome of such form. That’s why candle-like domes are most common. 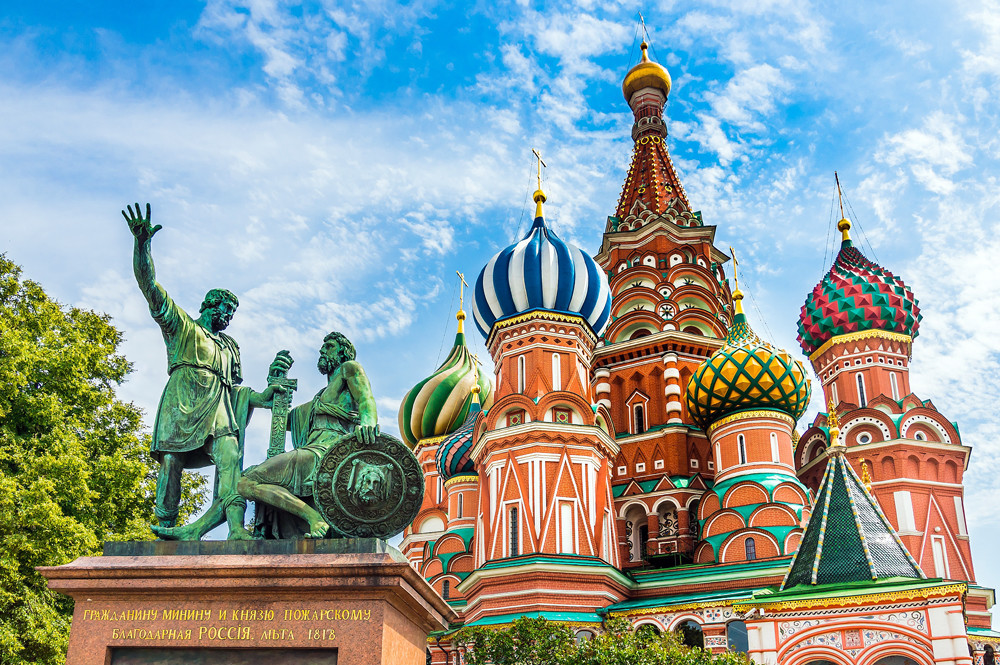 There can be anywhere from 1 to 33 domes on an Orthodox church. But you won’t find a single church with 4 or 6 domes. One dome symbolizes God. Two domes signify the unity of humans and the divine in the image of Jesus Christ. Three domes signify the Holy Trinity. Five domes are four Evangelists and Jesus, seven domes symbolize the Seven Sacraments, nine signify the nine ranks of angels, 13 signify Jesus and his Apostles, and 33 are the number of years Jesus spent in the mortal realm.

5. Why do women cover their heads inside an Orthodox church? 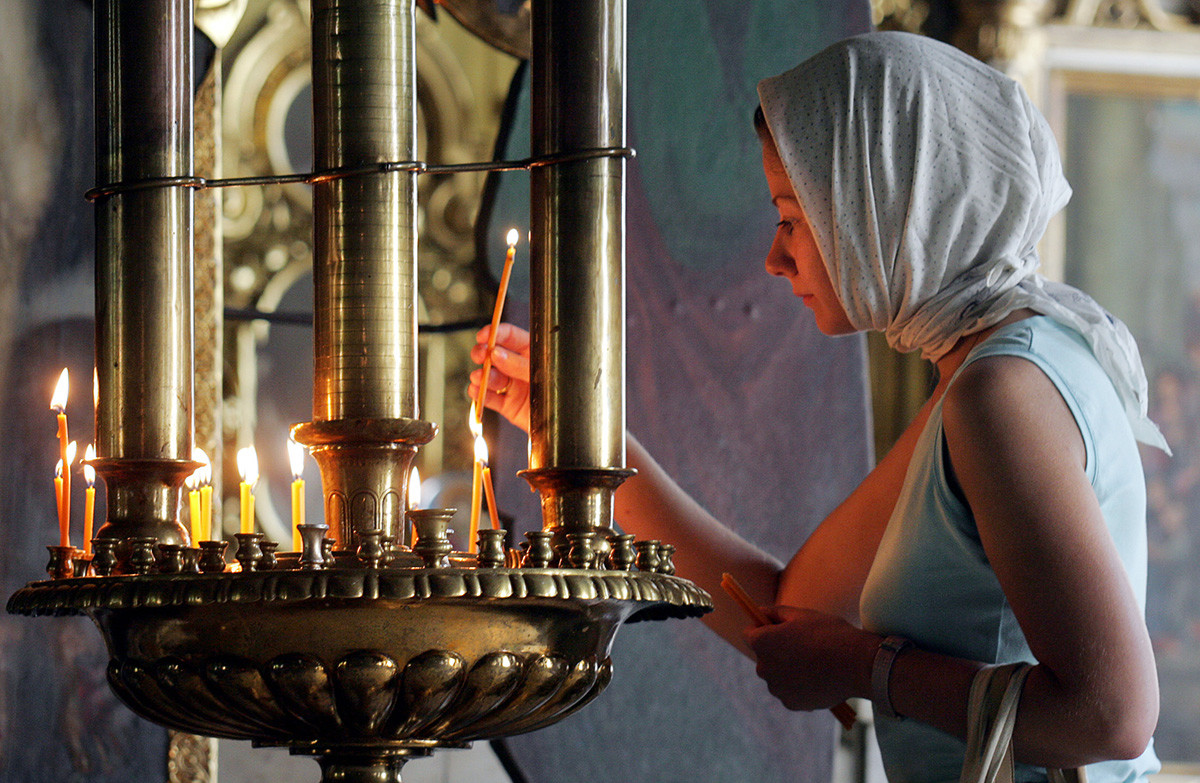 In many religious traditions and confessions, it’s compulsory to wear modest clothes when going to the temple – because once inside the temple, nothing should distract you from pious thoughts. This is precisely the reason women cover their heads entering an Orthodox church. In Russia in the old days, hair was considered a very sexual part of the body, and therefore a married woman’s hair was to be covered at all times. Want to know more? Check out our article on the subject.

6. Why do Orthodox people stand in church? 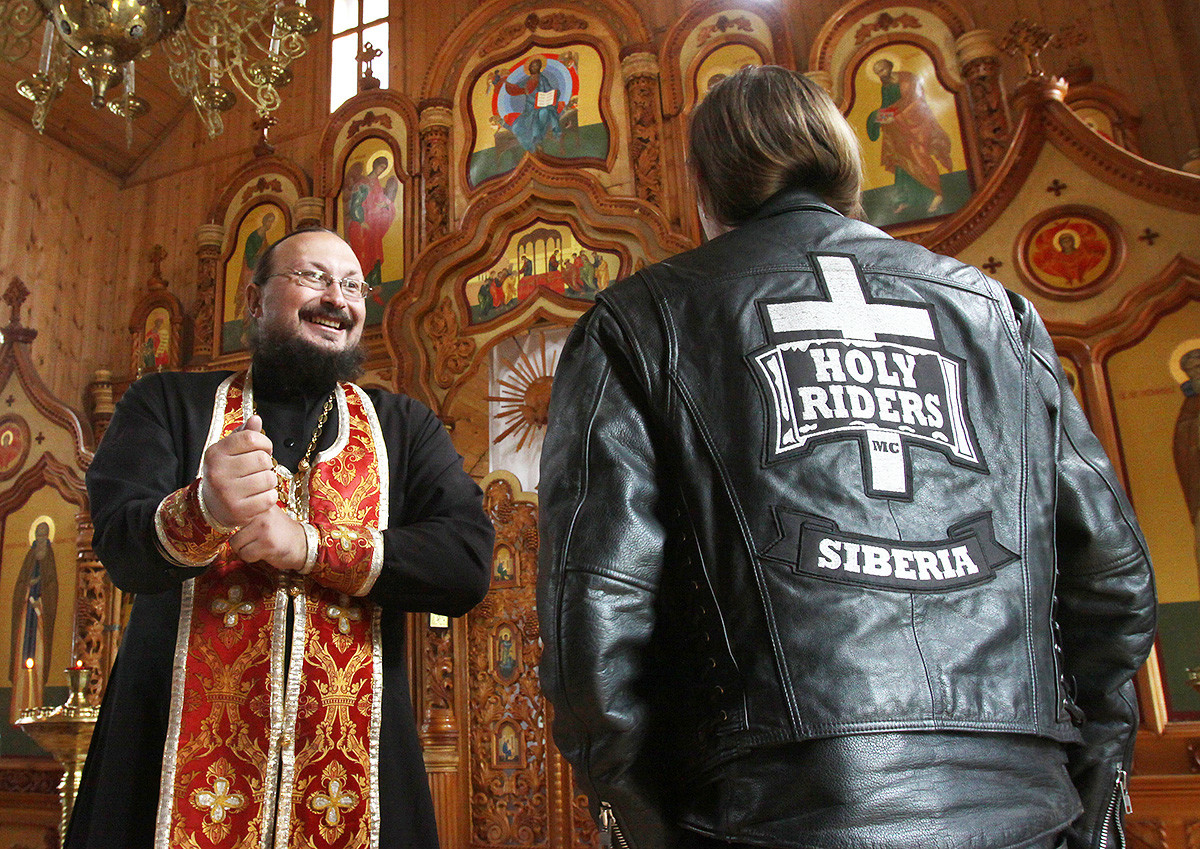 Russian Orthodox priest Father Alexander (L) speaks with a biker at a church in Kemerovo on July 31, 2010. Father Alexander, himself an avid biker, makes several religious biker pilgrimages a year to various churches in the area

There is no strict rule that people must stand during a service in an Orthodox church. In some temples of God, there are benches for elderly, ill and  disabled people to sit on. Nevertheless, Orthodox believers mostly stand during a service, which are sometimes excruciatingly long, up to 2-4 hours. It’s worth noting that in Greek Orthodox churches, benches and chairs are provided for all to sit on, just like in Catholic churches.

This happens solely due to tradition, and there are several explanations. First, the Russian Orthodoxy places great emphasis on the spiritual feat every believer must undertake. While praying at a church, a believer should not let himself rest, because he is in the process of worshipping God. Also, early Russian Orthodox temples were very small (mainly because it was extremely hard to keep warm in winter), and there was simply no place for any benches or chairs.

7. Who are the main Orthodox saints? 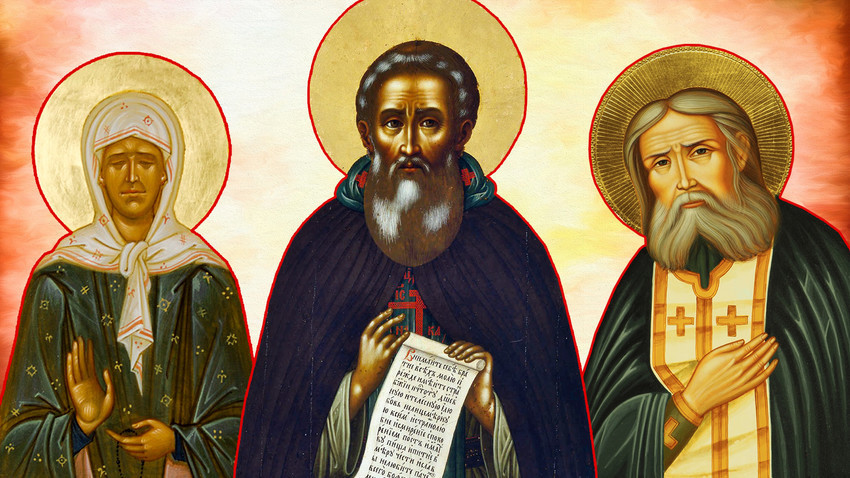 The Orthodox believers in Russia never lacked saints to worship

One can become an Orthodox saint if one has lived a righteous life, full of heartfelt concern for one’s neighbors. A deceased righteous person who has helped spread Orthodoxy, faithfully served God, and worked miracles or become a martyr in the name of the Christian faith can be elevated to sainthood by the Russian Orthodox Church.

Orthodox people venerate John the Baptist, Saint Nicholas, just like Catholics, but Russian Orthodox church also has its own saints: among the most worshipped are Sergius of Radonezh, Vasily the Blessed, as well as others. Here is our guide to the 7 most venerated Russian saints, but you can also find out more about the incredible feats of austerity Russian saints performed.