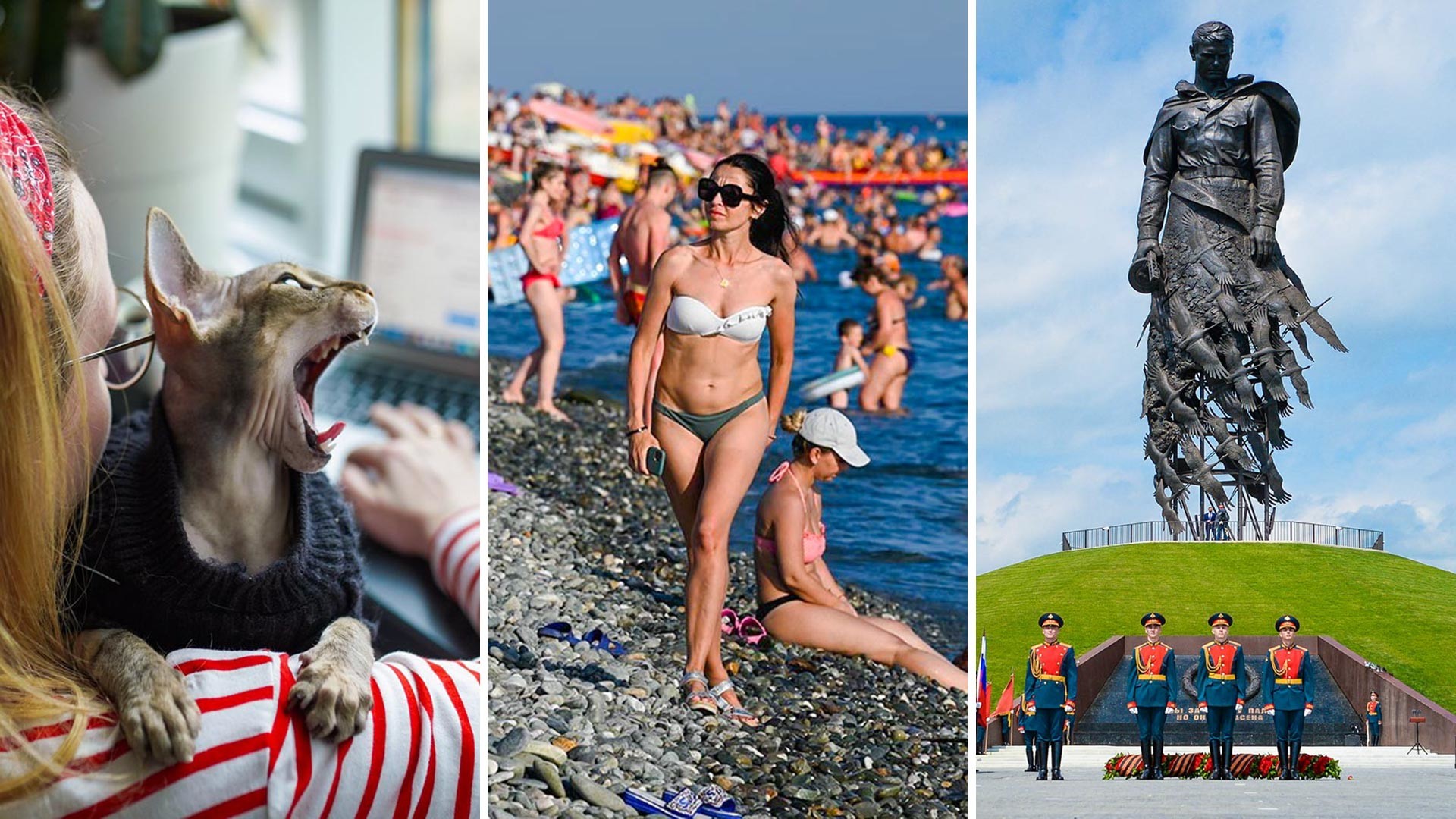 Alexander Avilov/Moskva agency; Grirogy Sysoev, Artur Lebedev/Sputnik
The coronavirus, restrictive measures, lockdowns, protests - it would seem that 2020 was a neverending nightmare. But like every other year, it brought us both good and bad. And to set ourselves up for an awesome 2021, we’ve decided to focus on all that was good in Russia this year. Below you’ll find some of our most positive and heart-warming stories from 2020!

The start of 2020 looked like any other year for the Russians, really. Markets with presents, holiday decorations lighting up the cities across the country, winter fun and entertainment and, of course, no social distancing to speak of. 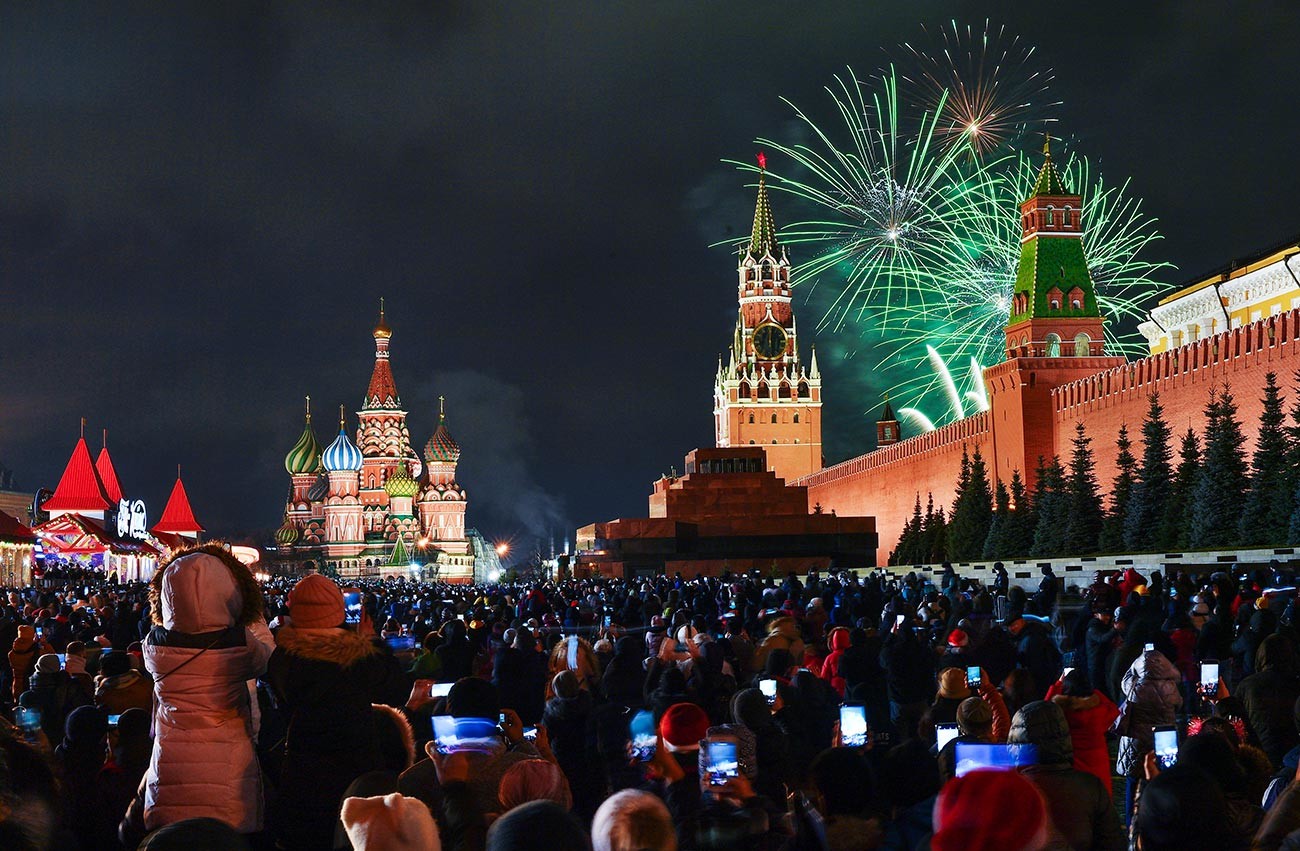 The last day of February saw the opening of the biggest theme park for children and adults - ‘Dream Island’. The space was divided into nine areas, each with its own theme dedicated to a cartoon character. It would be less than three weeks, on March 17, that the park would close down and Russians would go into ‘self-isolation’ mode until June 9. 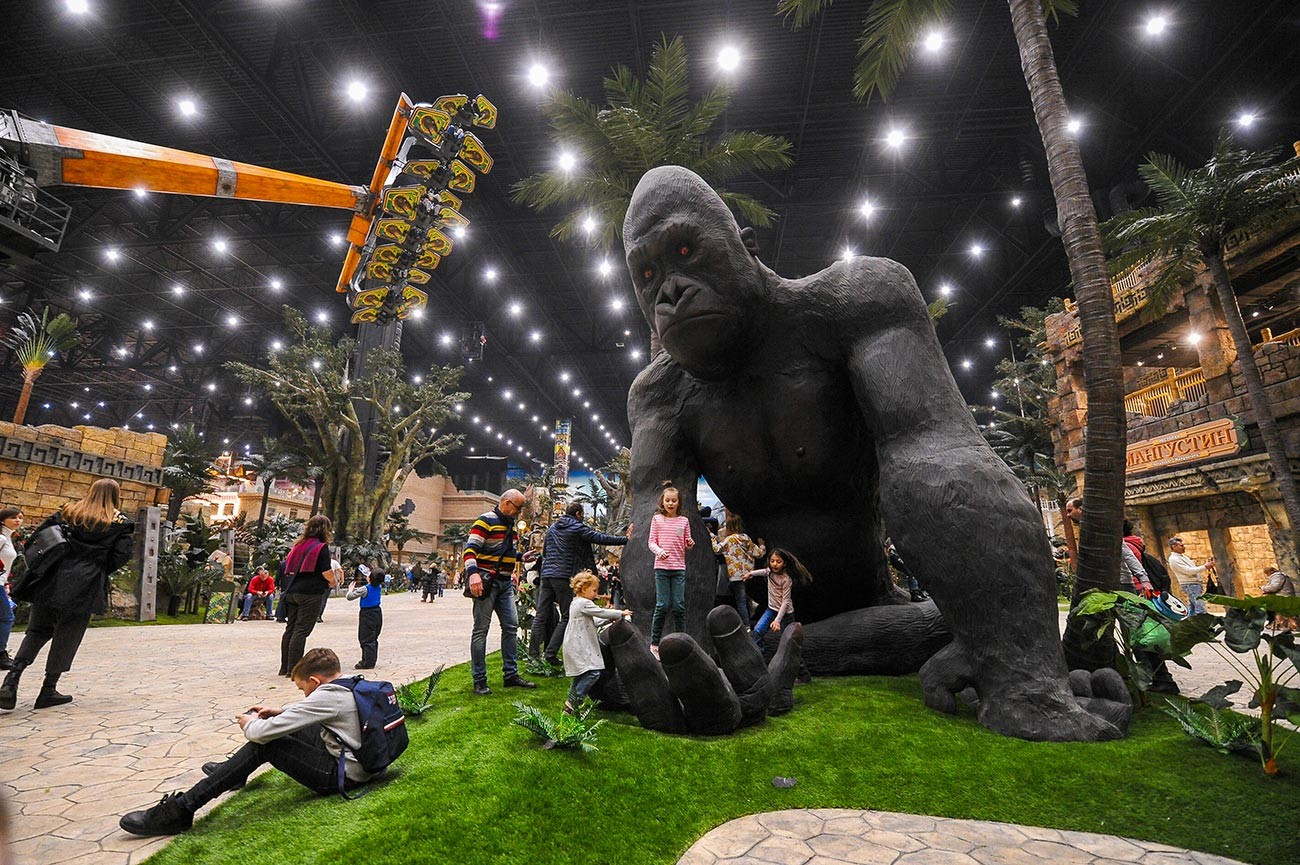 READ MORE:How does Moscow’s first theme park stack up against its foreign rivals?

For many, working from home turned out to be tougher than one might think, while a ton of businesses had to shut amid the restrictions. 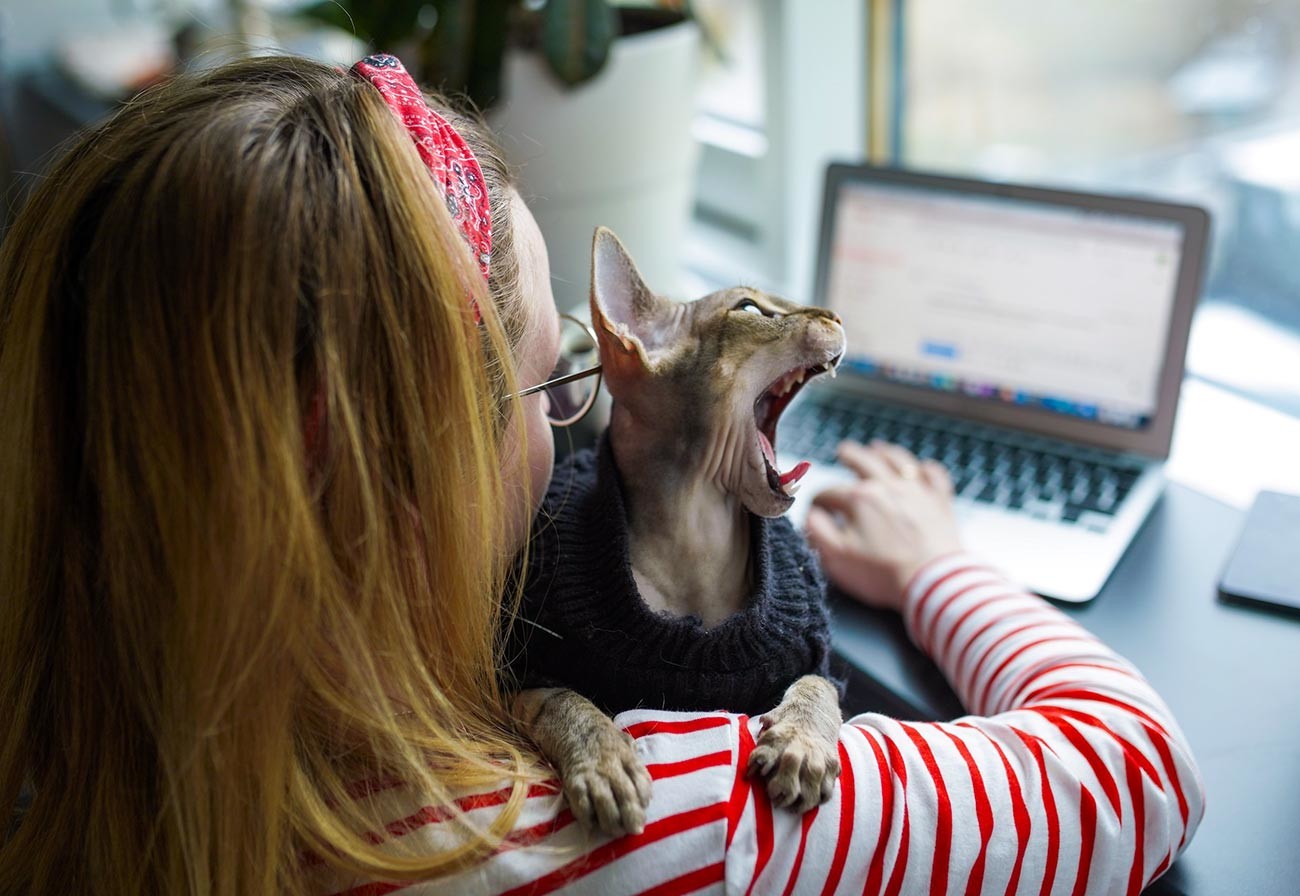 A cat will always help out with a time-sensitive report.

But for thousands, the lockdown presented an opportunity to spend more time with their families and loved ones, to get to know each other better and enjoy moments of happiness. 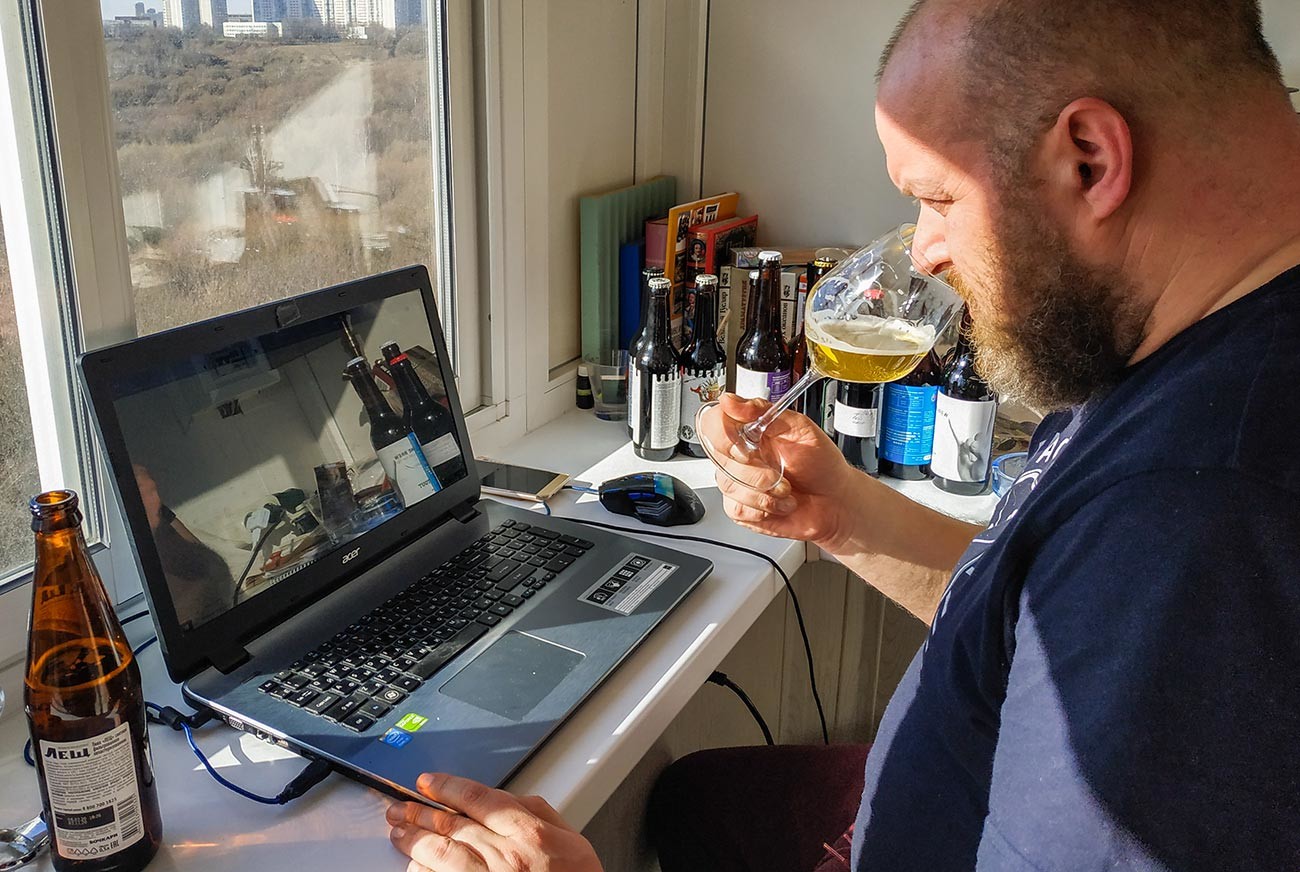 A beer chain consultant tastes some samples at home during a live video conference in Moscow during self-isolation.

Before tougher restrictions were enacted, many got the chance to see their hometown in a way it’s never been seen before in history - to view their favorite places in a different light, without tourists or crowds or work commuters clogging up the city. 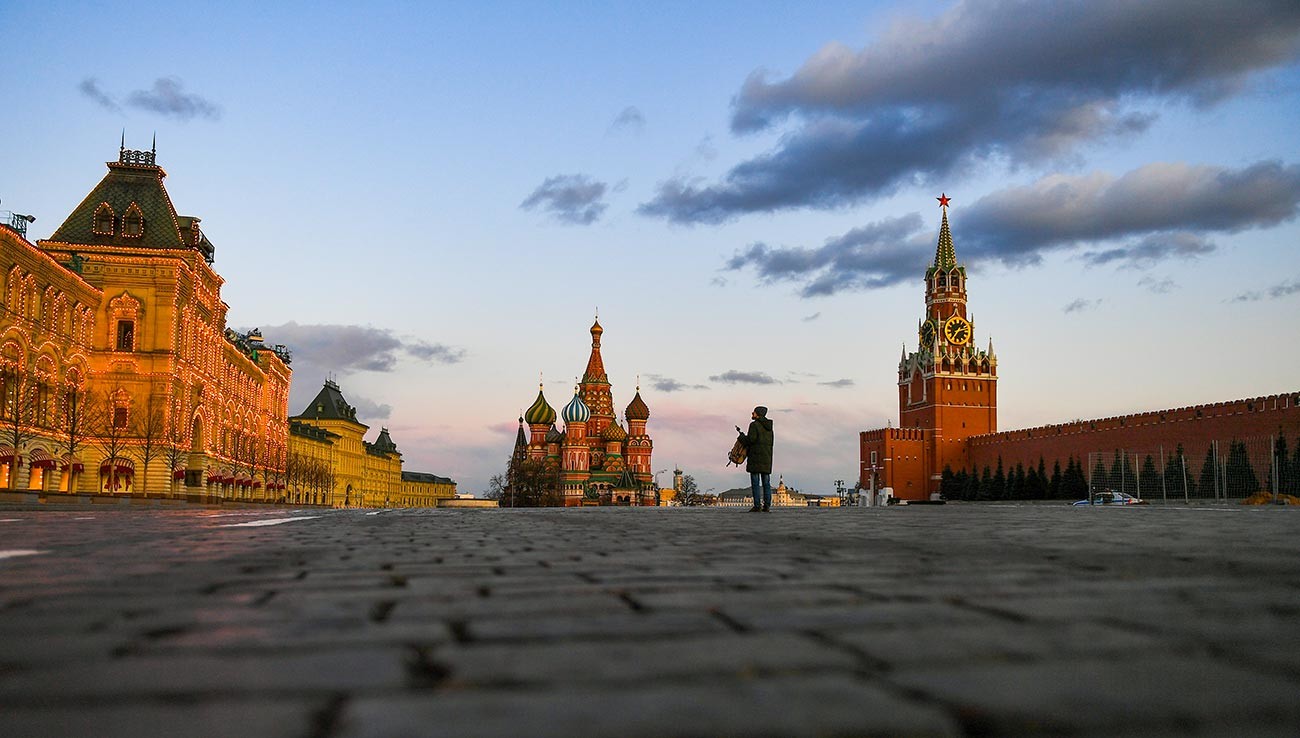 Birds and animals could be seen returning to public parts, with many online often proclaiming that “nature is cleaning house”. 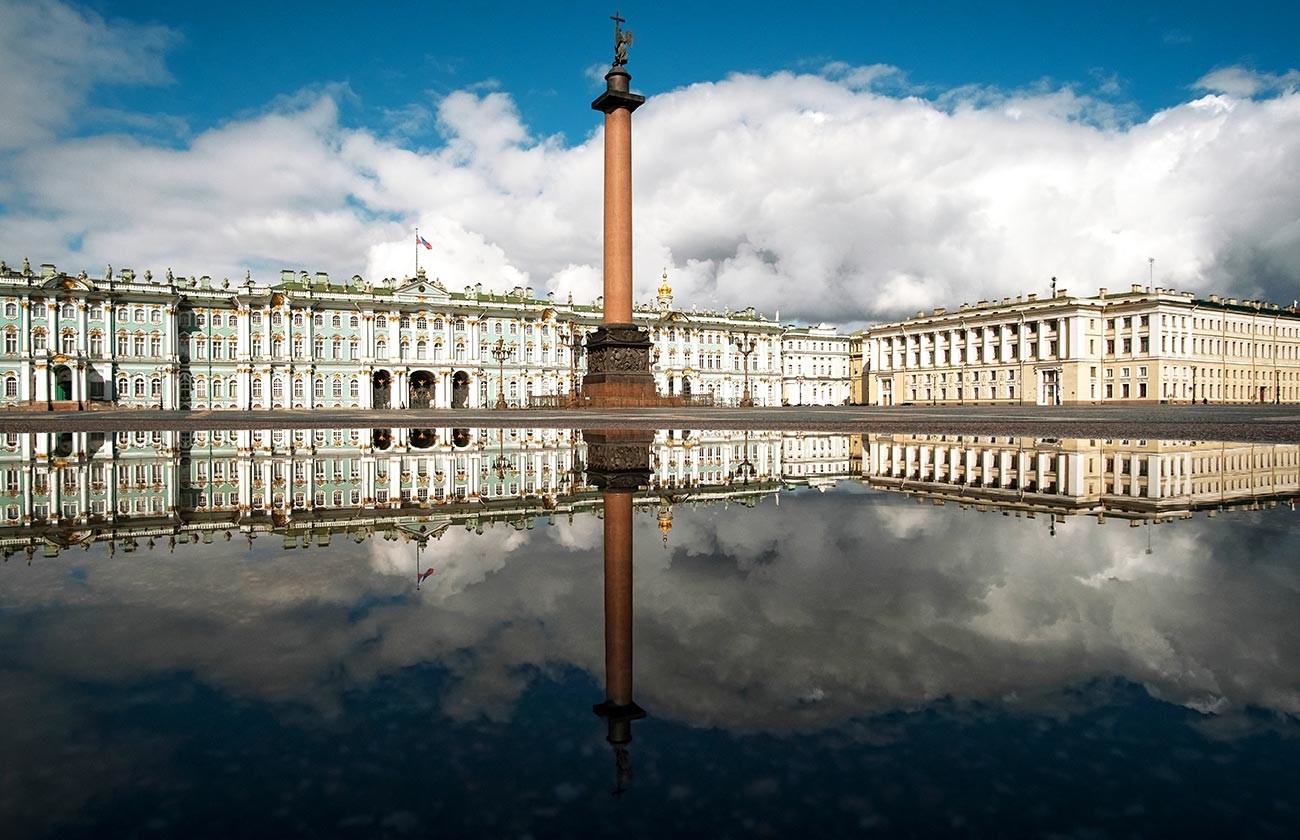 Moscow’s traditional Victory Day parade on May 9 was postponed until June 24, but the people still got a chance to see the traditional aerial show. 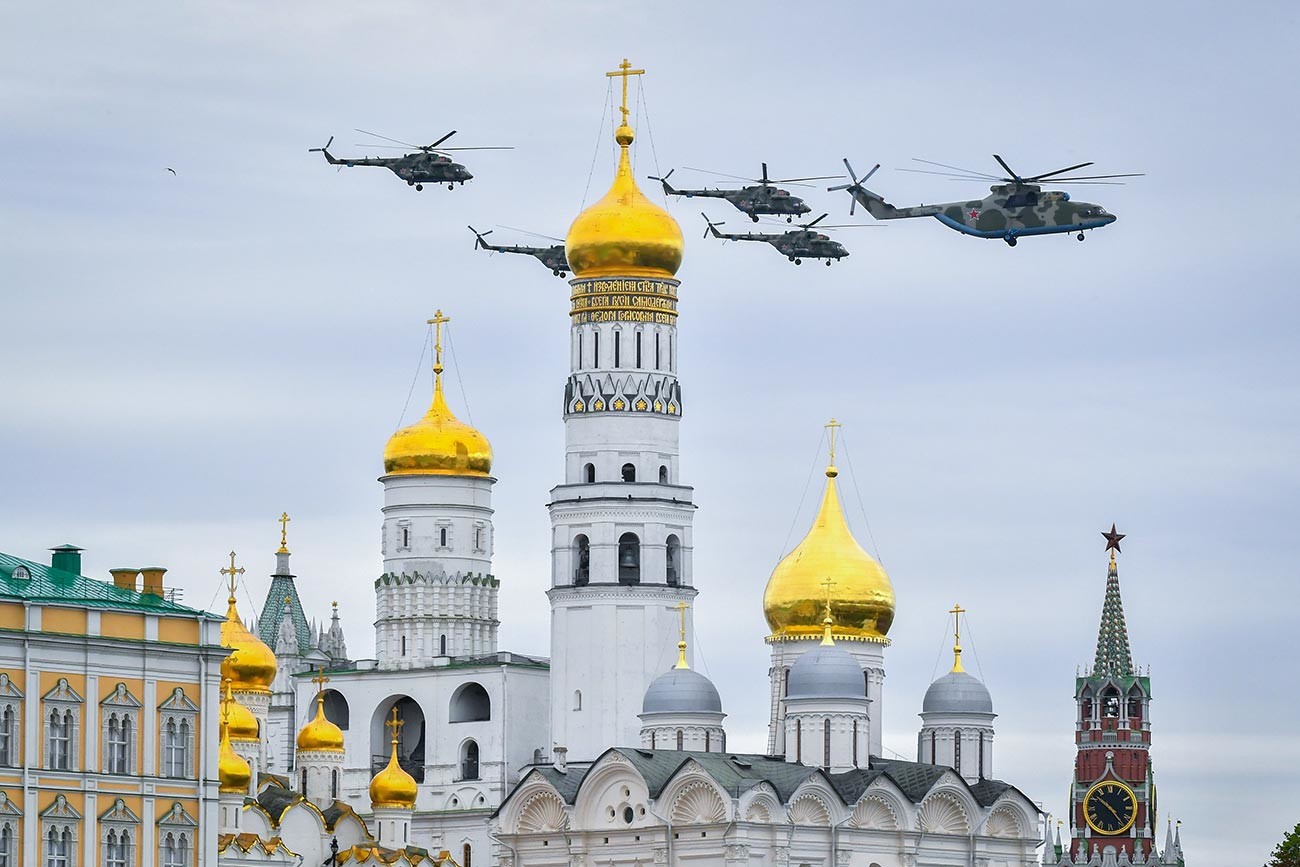 The ‘Immortal Regiment’ march - an event dedicated to the memory of relatives who passed in the Great Patriotic War (World War II) - was held online in 2020. 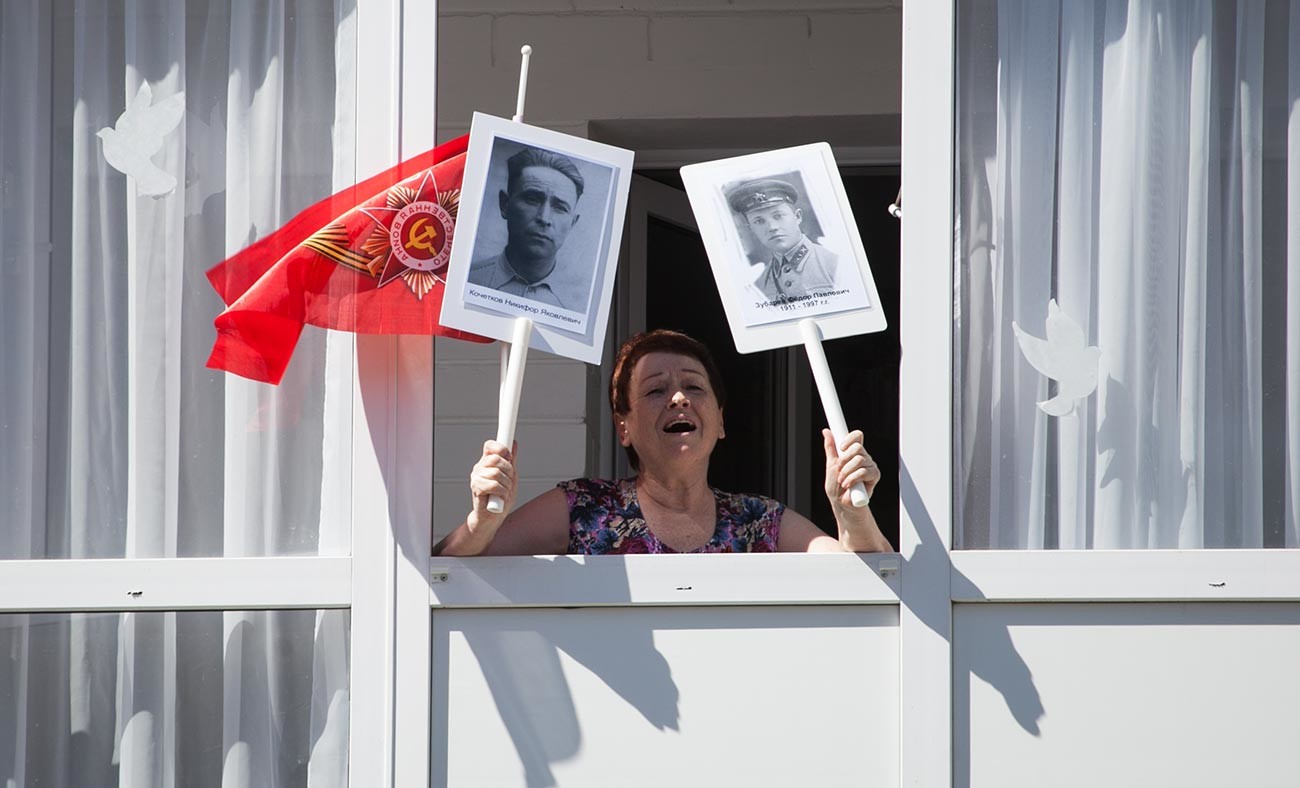 A Tyumen resident with portraits of the veterans of the Great Patriotic War sings wartime songs together with participants of the ‘Home Parade’ initiative.

Self-isolation was relaxed in the Russian regions, which included removing the travel permit system. 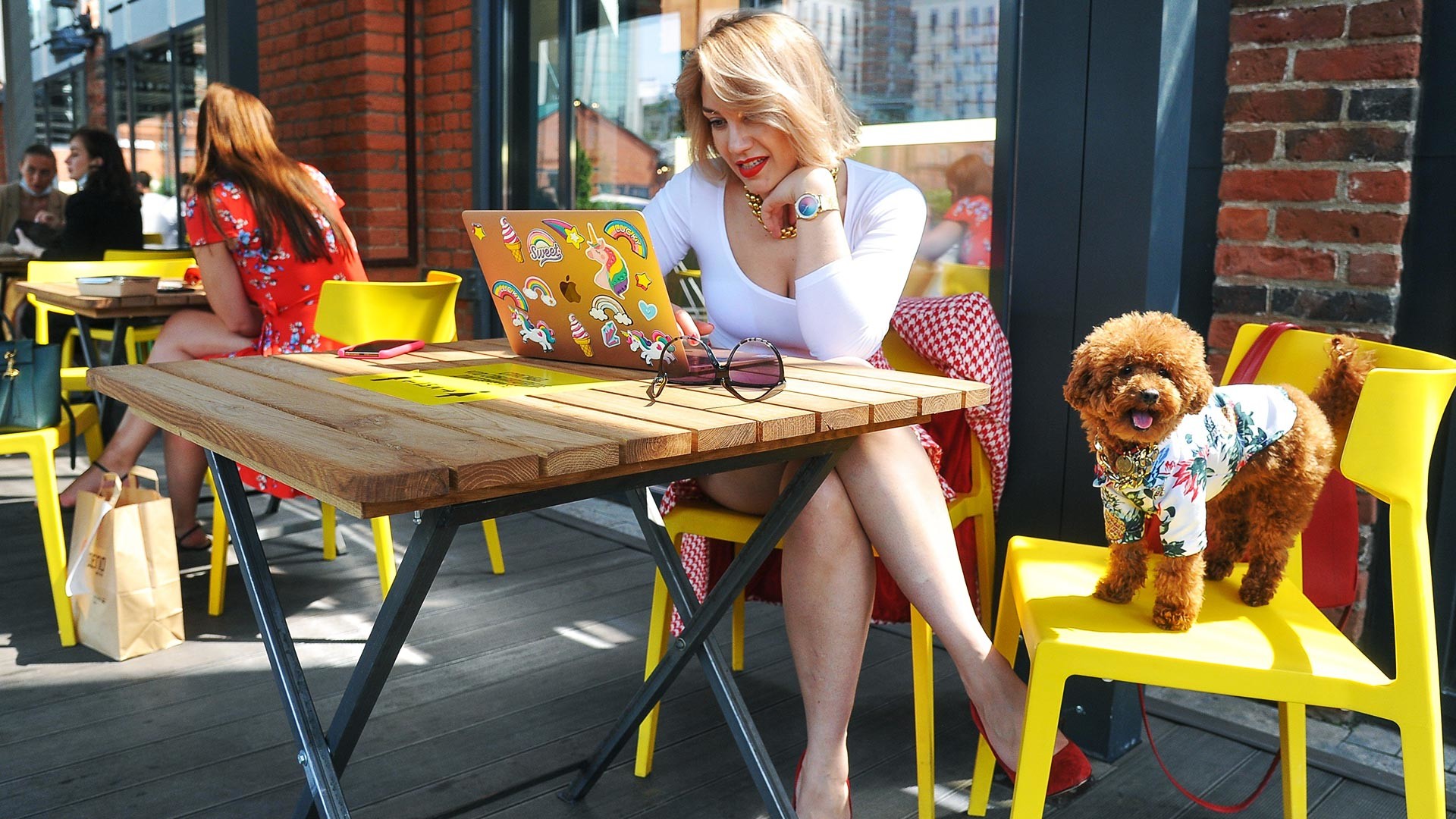 A summer cafe in Moscow.

Summer verandas were opening back up in major cities, albeit with the appropriate social distancing guidelines in mind. 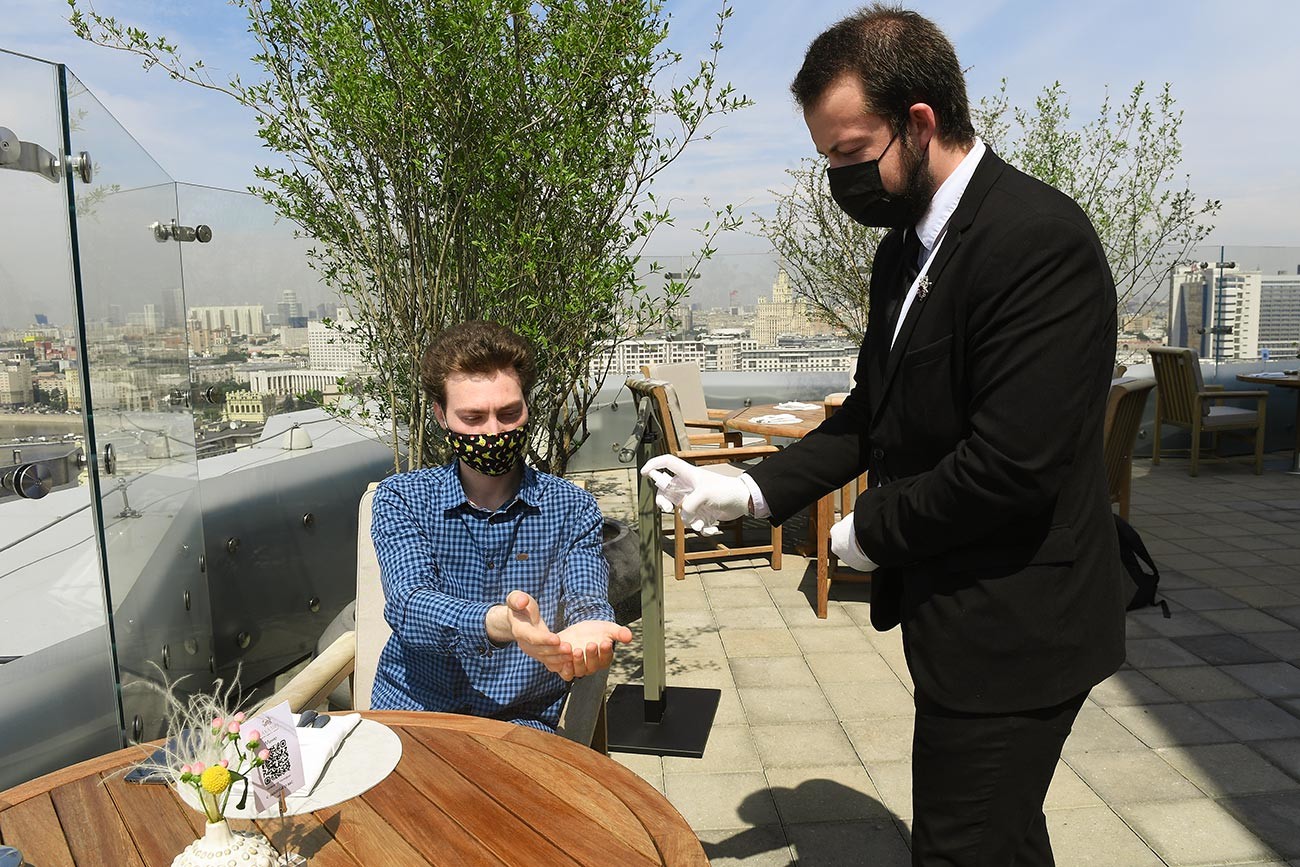 A cafe in Moscow. 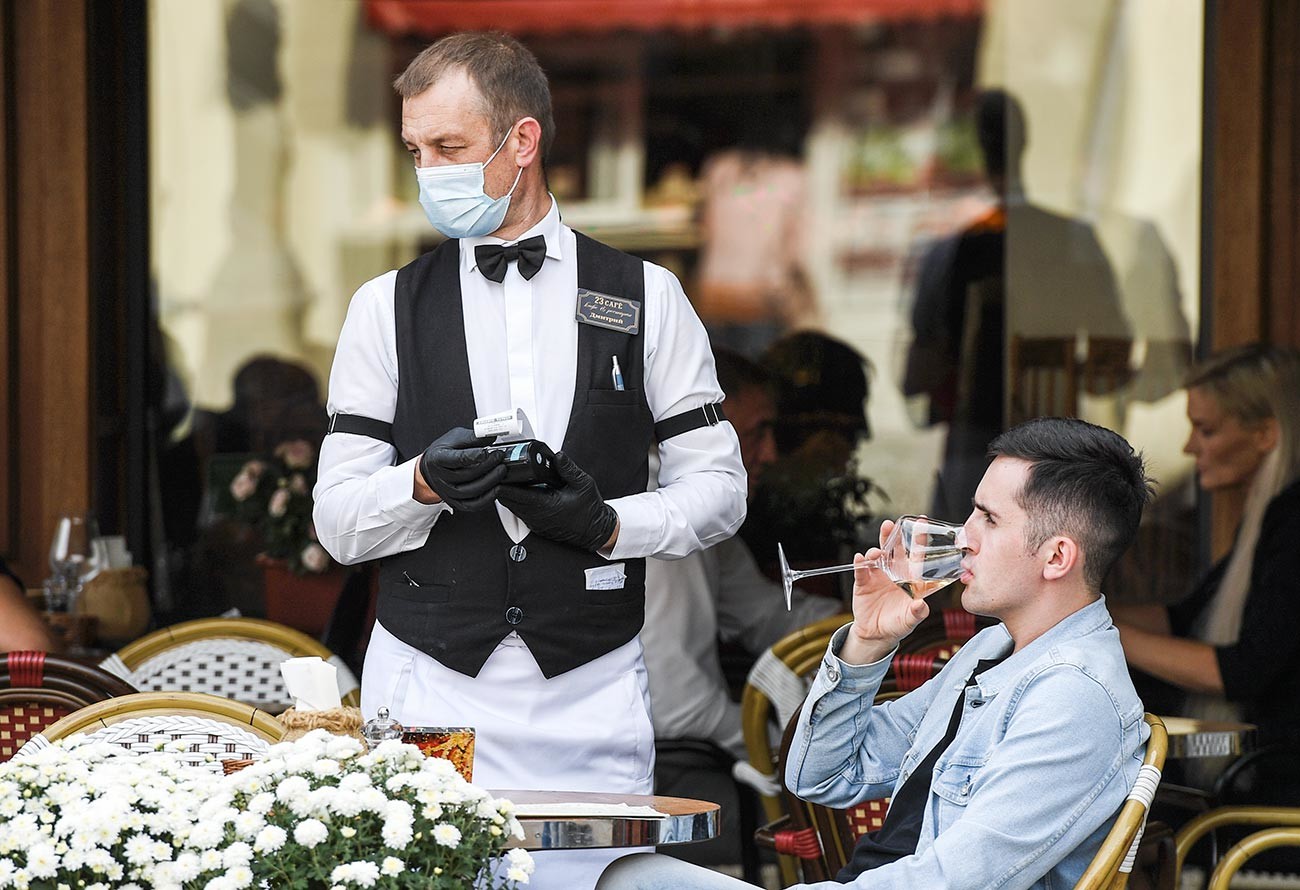 A cafe in Simferopol.

The Victory Day Parade took place on June 24 in Moscow, St. Petersburg, Volgograd, Samara, Sevastopol and other major cities. The revised date was chosen with another occasion in mind: the date that Soviet soldiers marched through Red Square after taking Berlin in 1945. 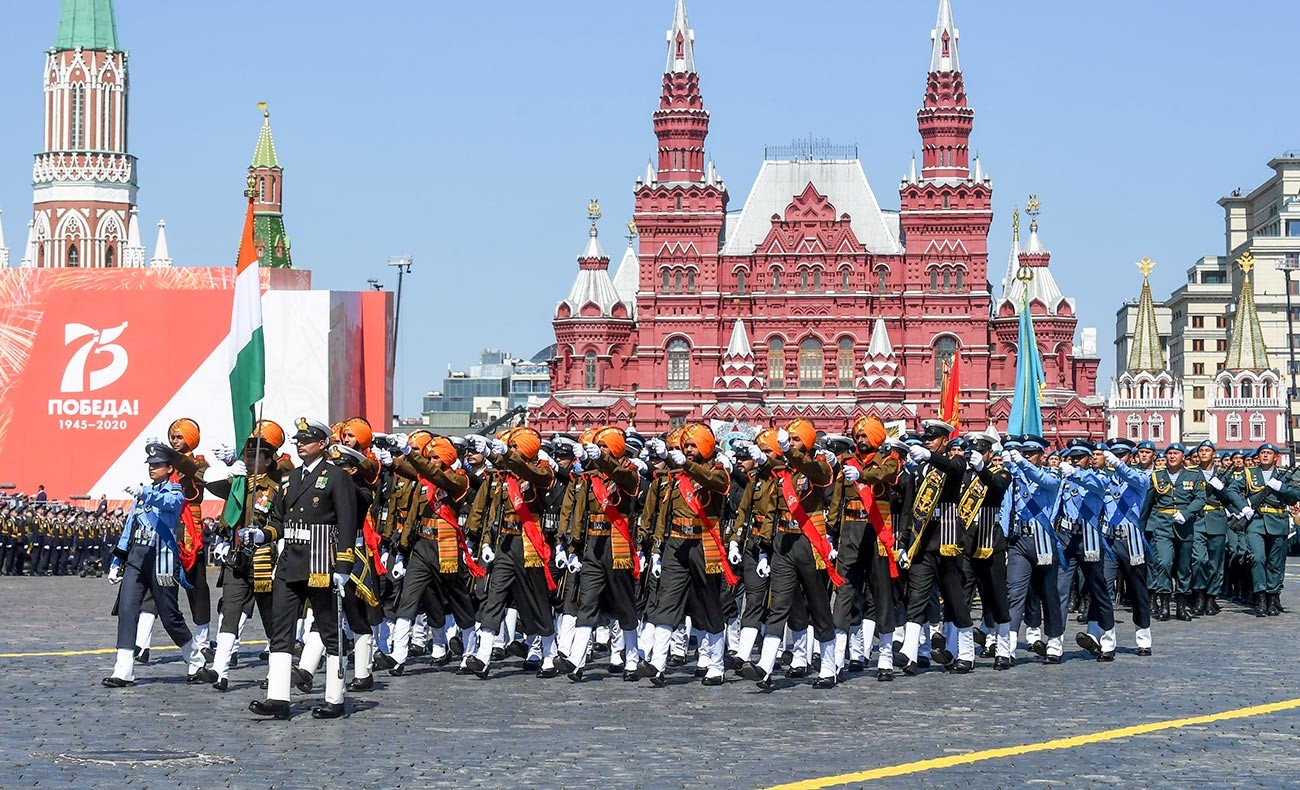 In 2020, aside from the Russian military, the parade involved guests from Serbia, India, Moldova, Kyrgyzstan, Armenia and China.

On June 30, President Vladimir Putin and Belarus President Alexander Lukashenko attended the grand opening of the war memorial in Rzhev (Tver Region) in memory of the fighting that took place there in 1942-1943.

Vacation season was in full swing. Due to the closed borders and a tough economic situation for many, Russians spend their vacation days traveling across their own country for a change. For many it presented a chance to get to know it better. 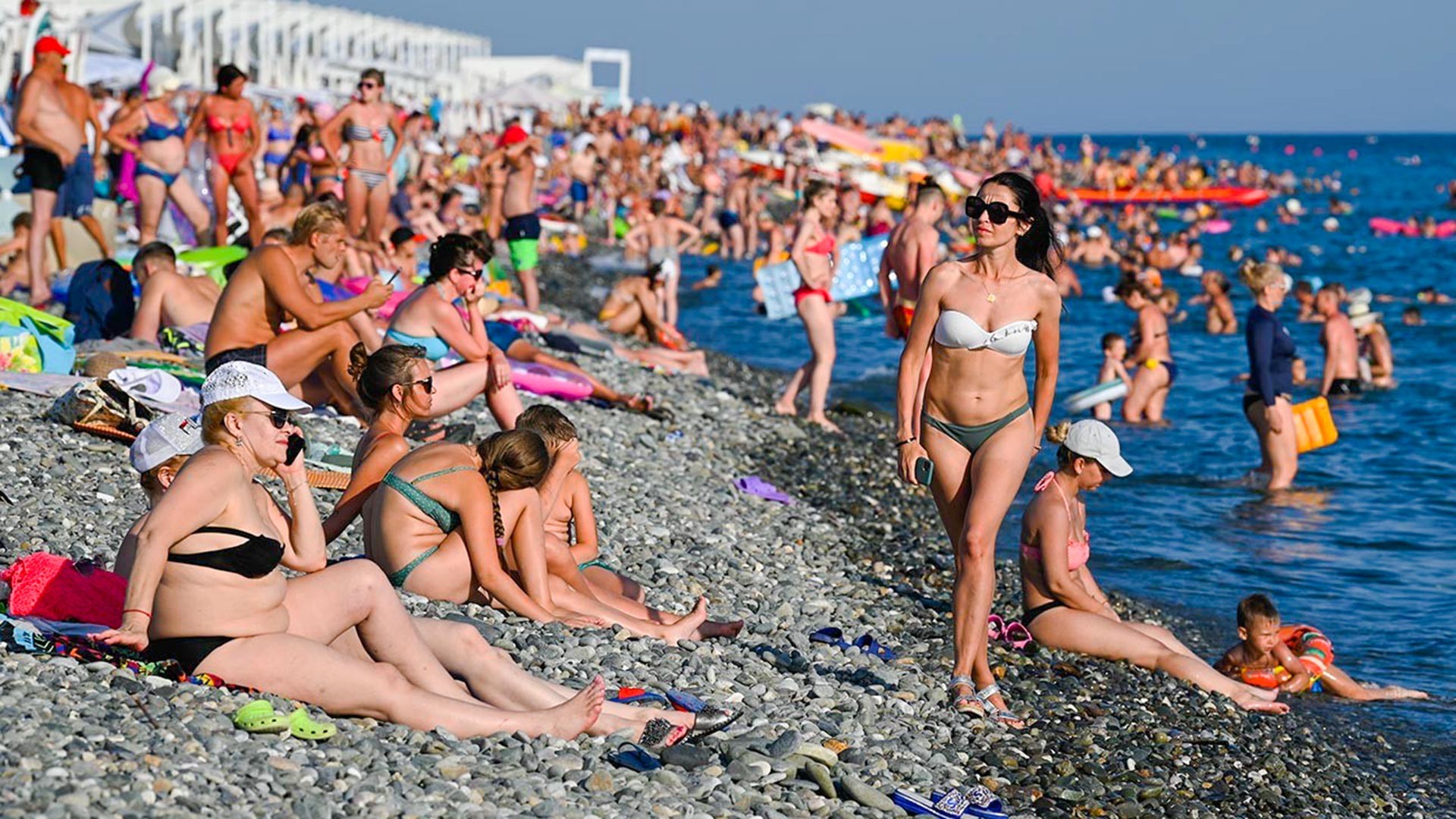 The most popular  destinations that month were the Black Sea - Sochi, Anapa and Crimea. Many, however, also headed inward - Siberia, Ural and some to Russia’s Far East. 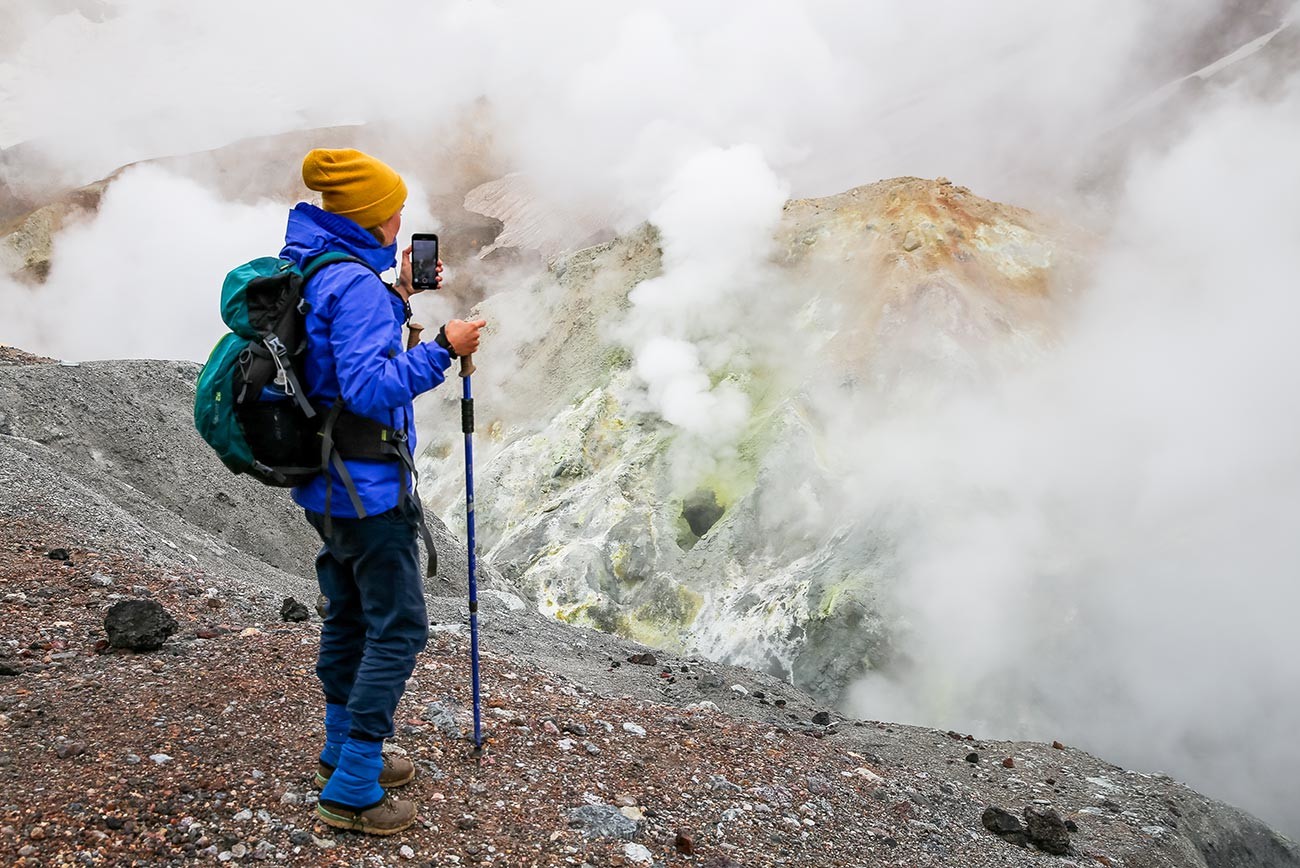 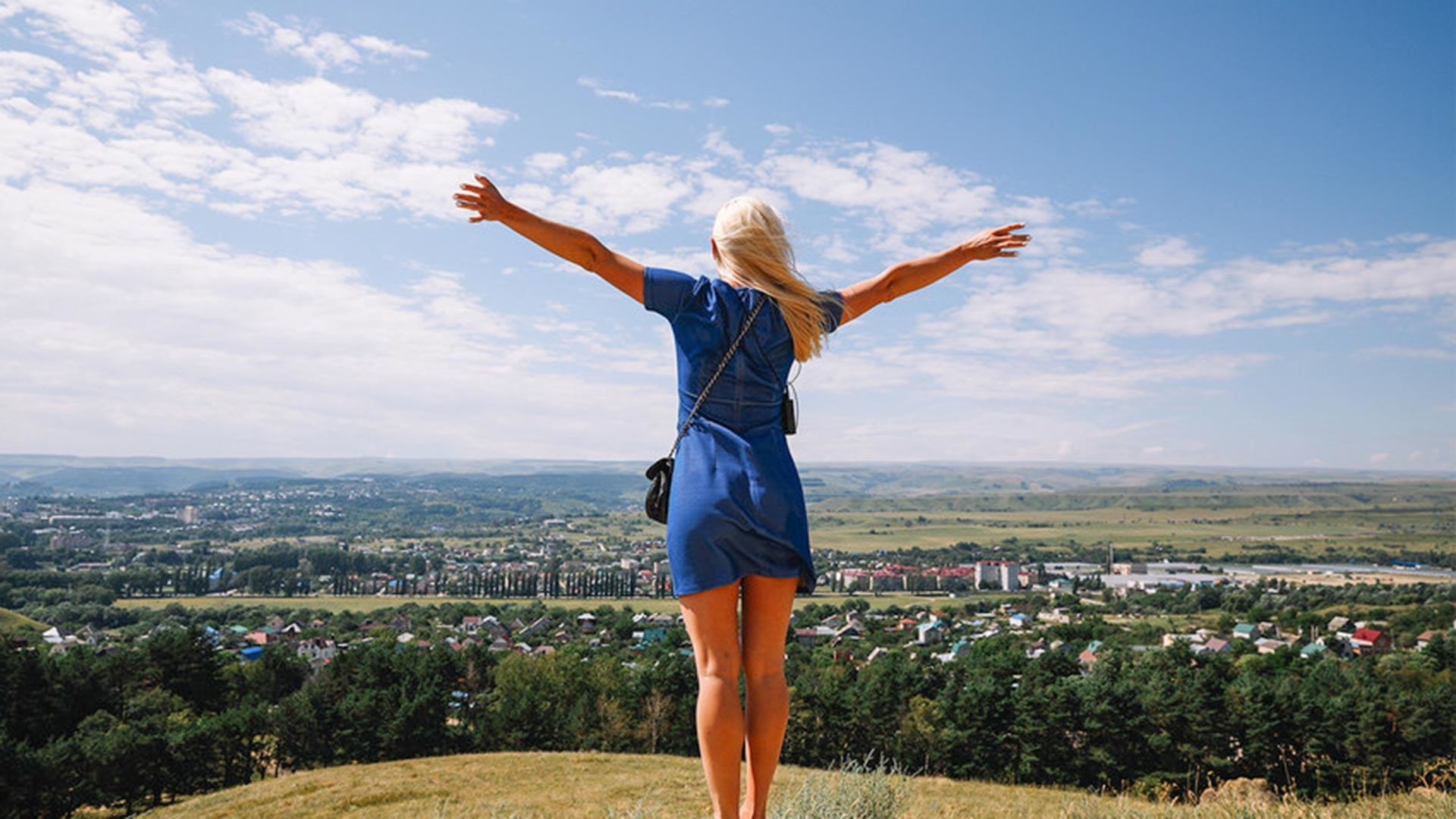 The view of Kislovodsk.

President Putin announced the registration of the world’s first Covid-19 vaccine - ‘Sputnik V’, engineered by Russian scientists. This dual-component vaccine is meant to be taken with an interval of three weeks between injections. 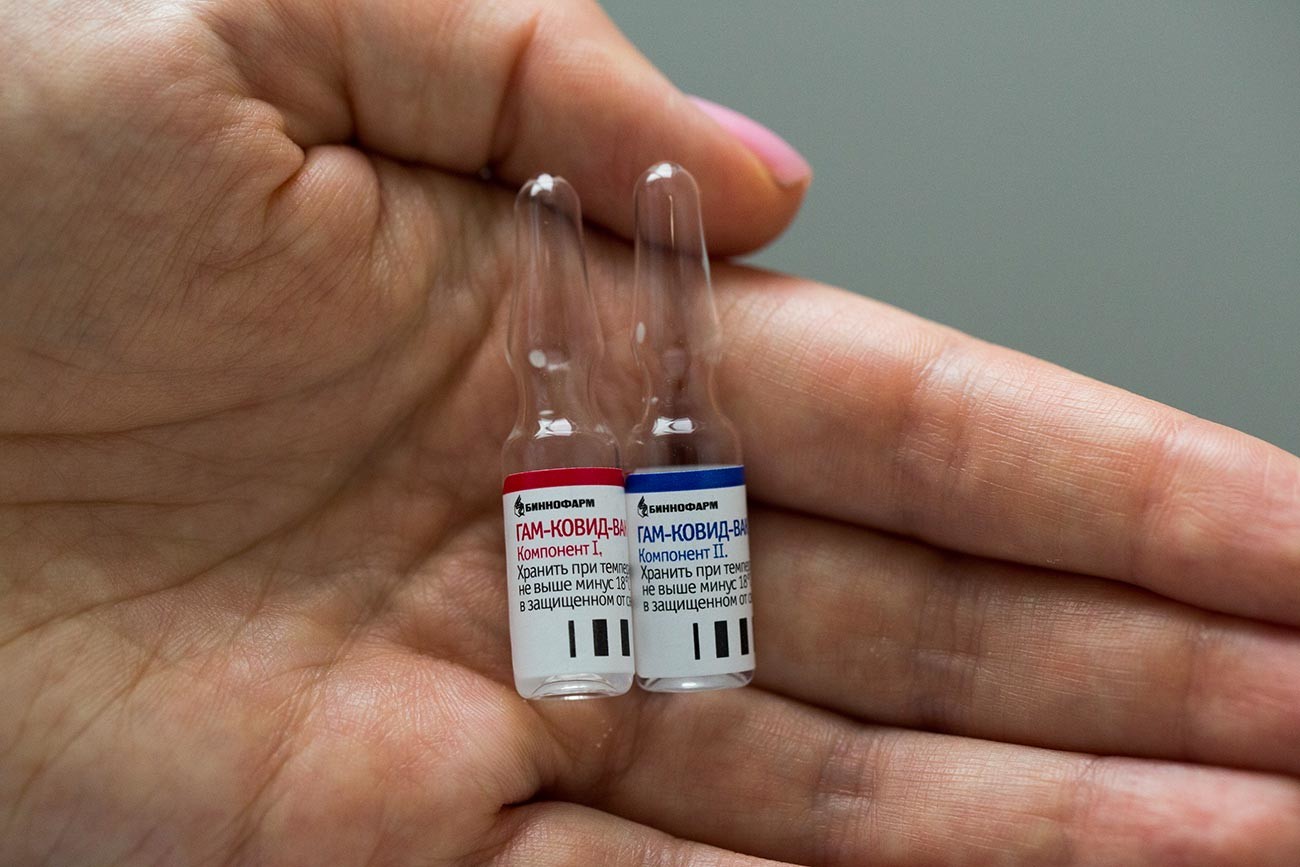 The North River Terminal opened this month - one of the first Stalinist buildings to be constructed in 1937, it took two years to fully renovate (2018-2020). 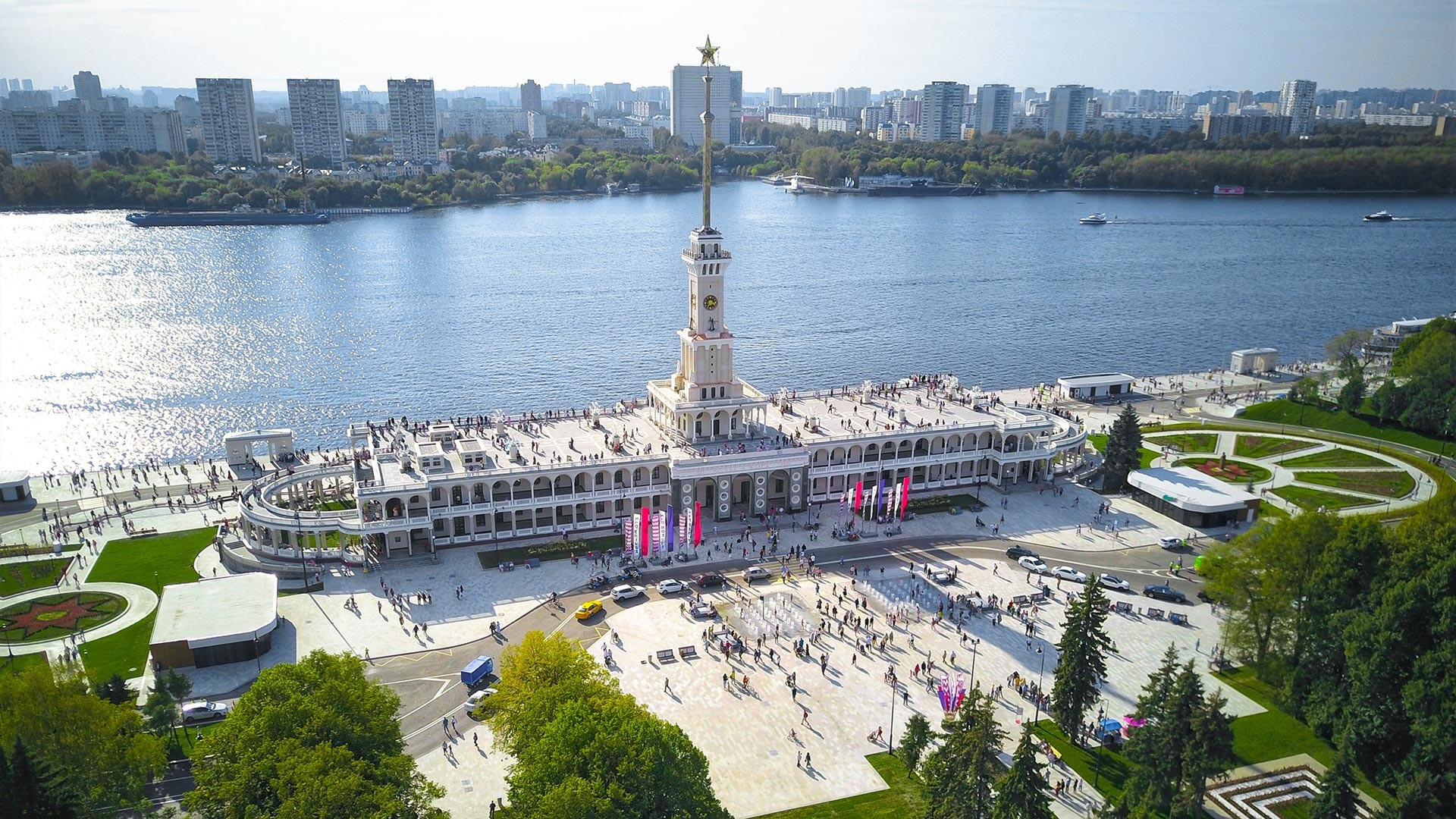 The North River Terminal in Moscow.

Russia, together with a majority of other countries, remained closed to tourists. However, in October, the government announced a new electronic visa system available to nationals of 52 countries, including European and American visitors. Travel is expected to resume in 2021, with the visas allowing free travel in Russia for a period of 16 days. To apply for a visa, you will have to fill out an online application and pay $40 in consular fees. 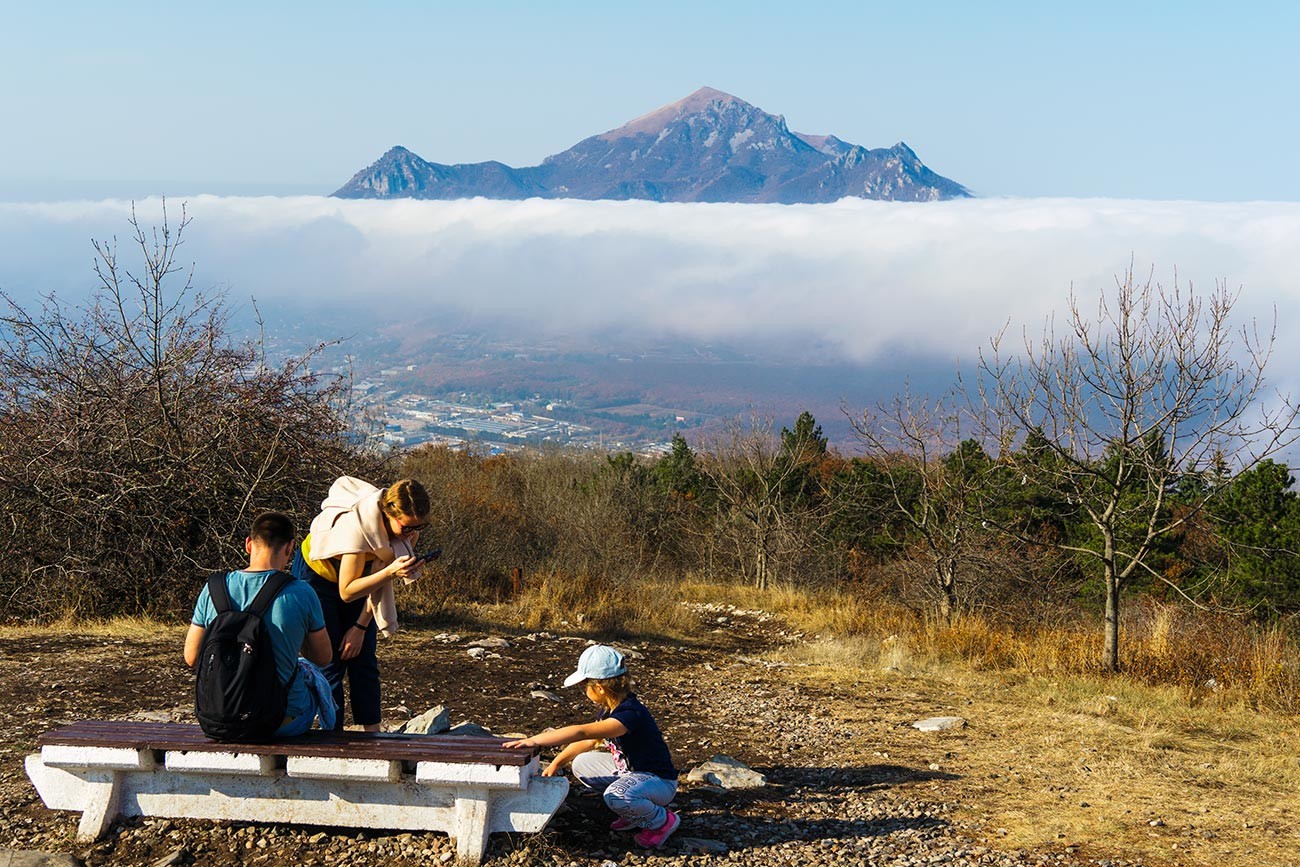 Russians celebrated the Day of National Unity on November 4, with all the appropriate restrictions in place, of course, including masks and gloves. 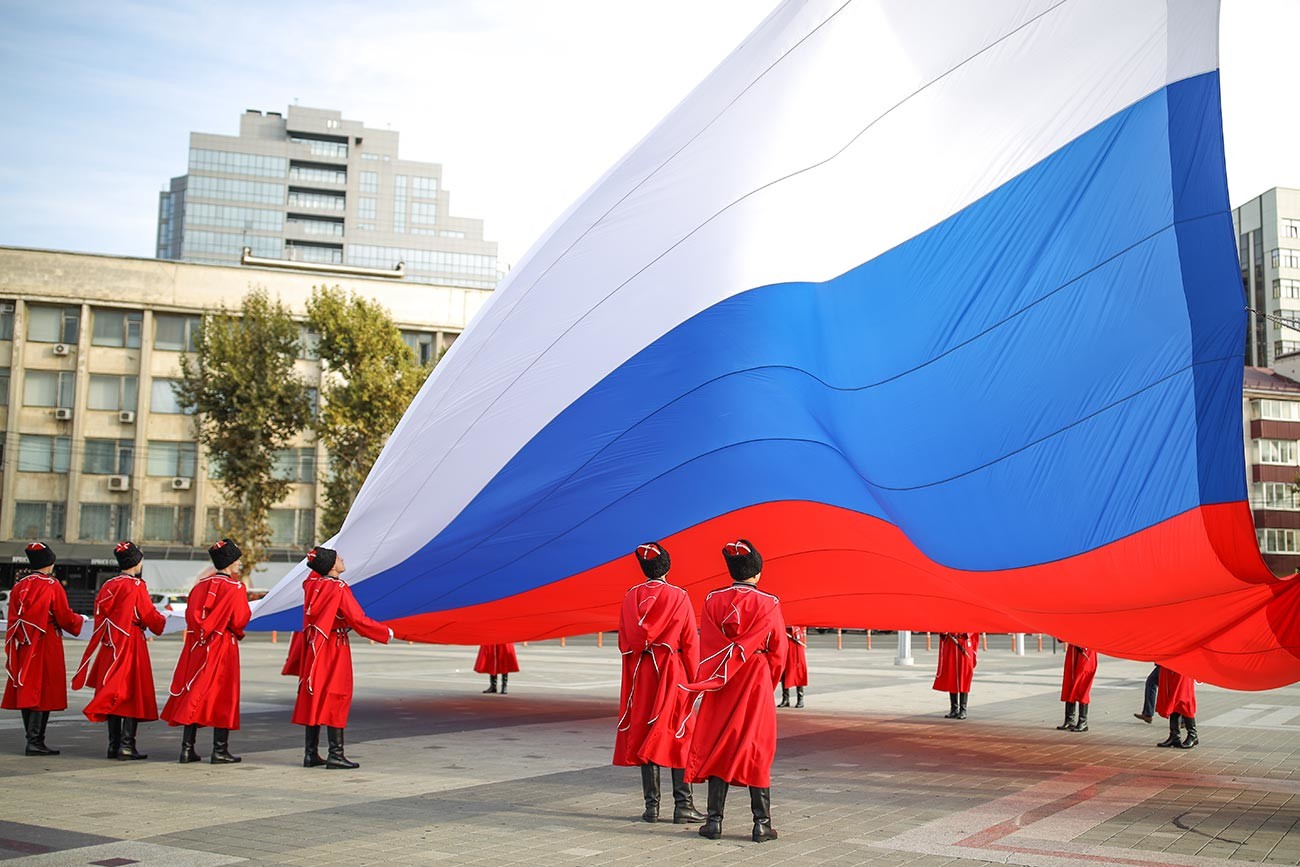 At the end of November, ice skating rinks began opening up across the country. Russian cities began to be decorated with Christmas lights and trees. 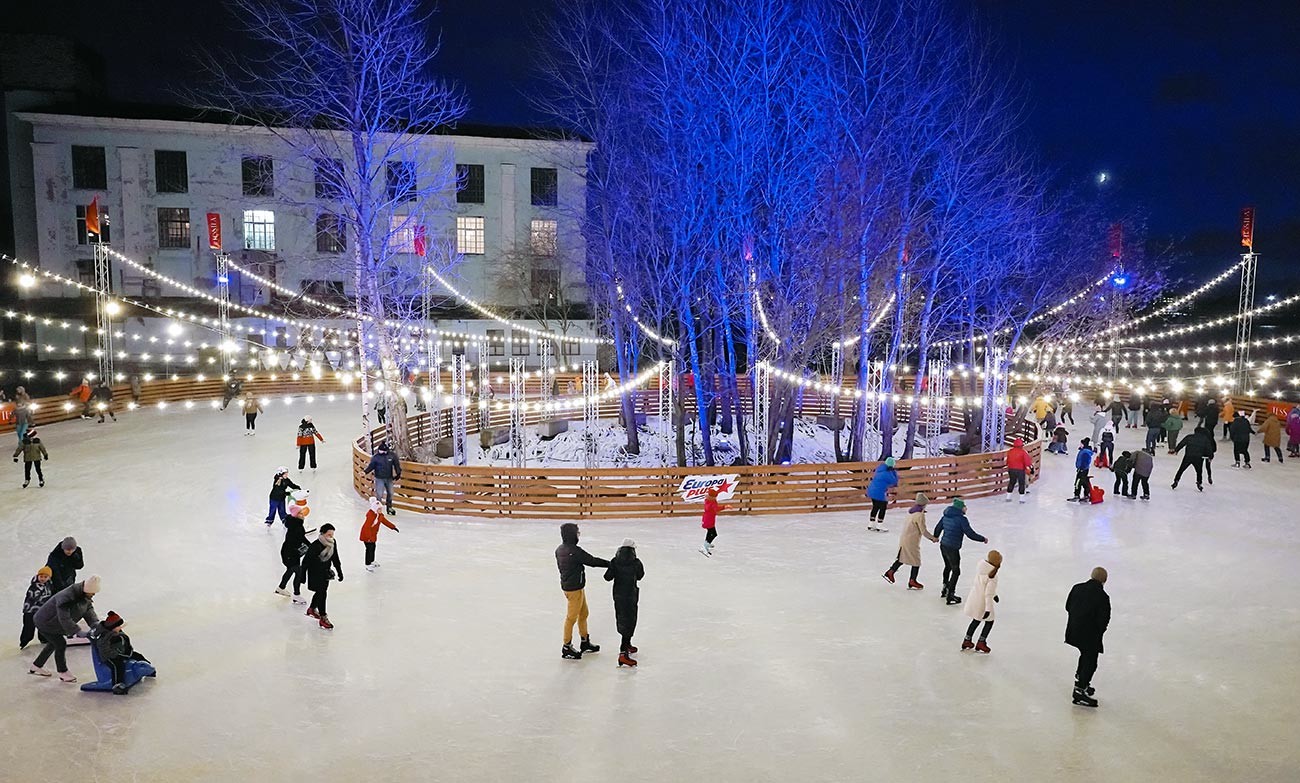 The country prepares to celebrate New Year 2021. Most regions, however, have cancelled public gatherings and banned restaurants from opening their doors on celebration days. 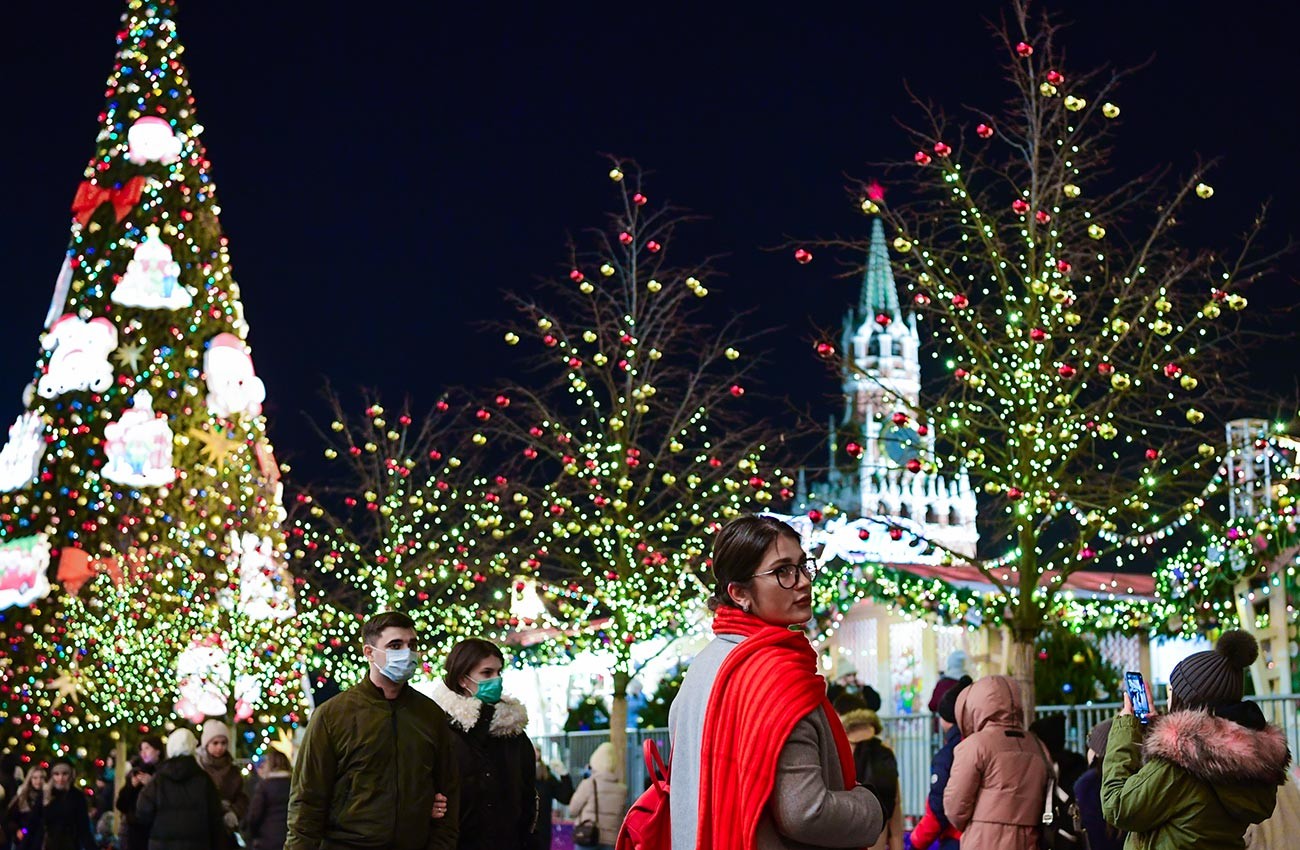 However, some new creative Christmas decorations began to appear. 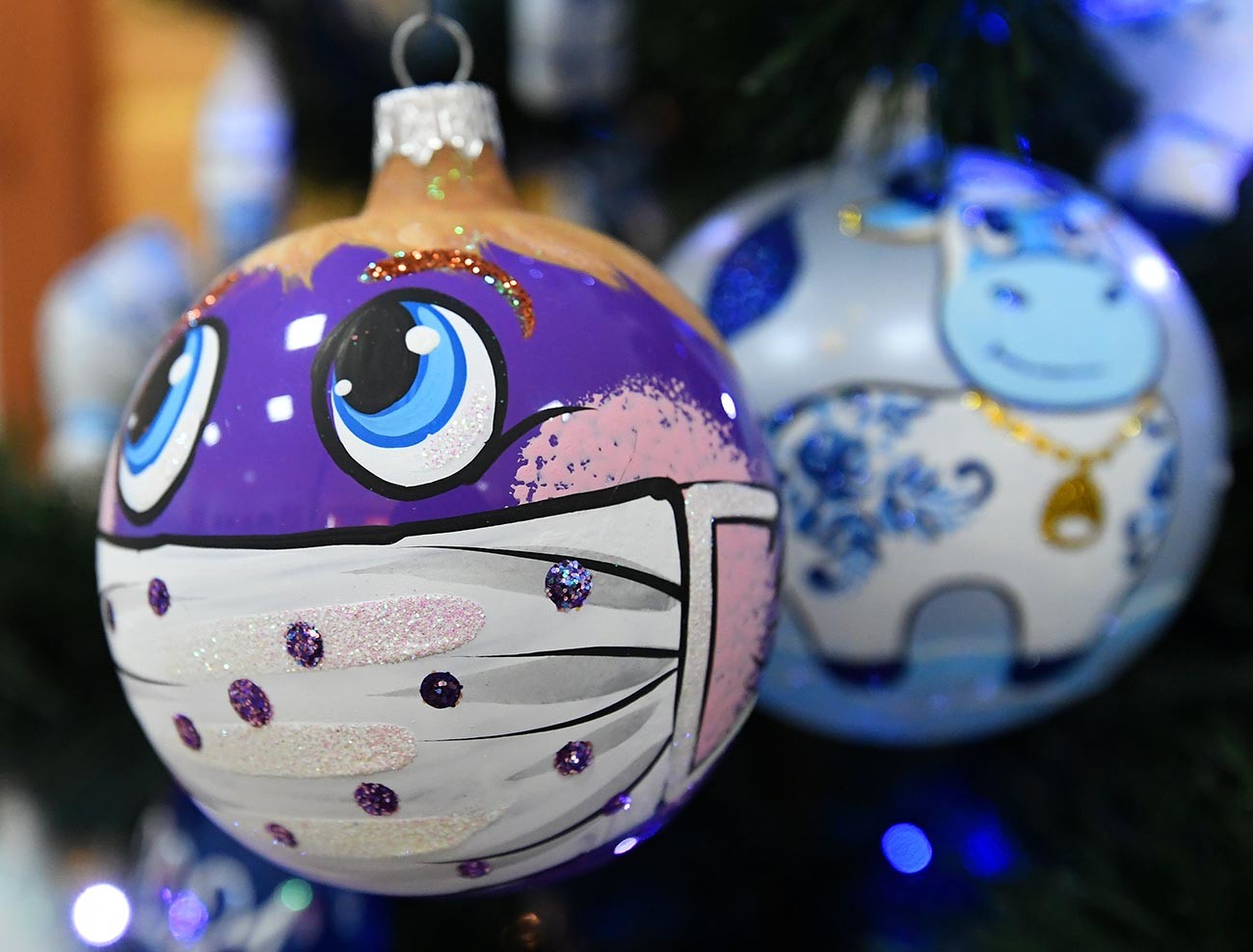