What is Russia famous for? Our readers answer! 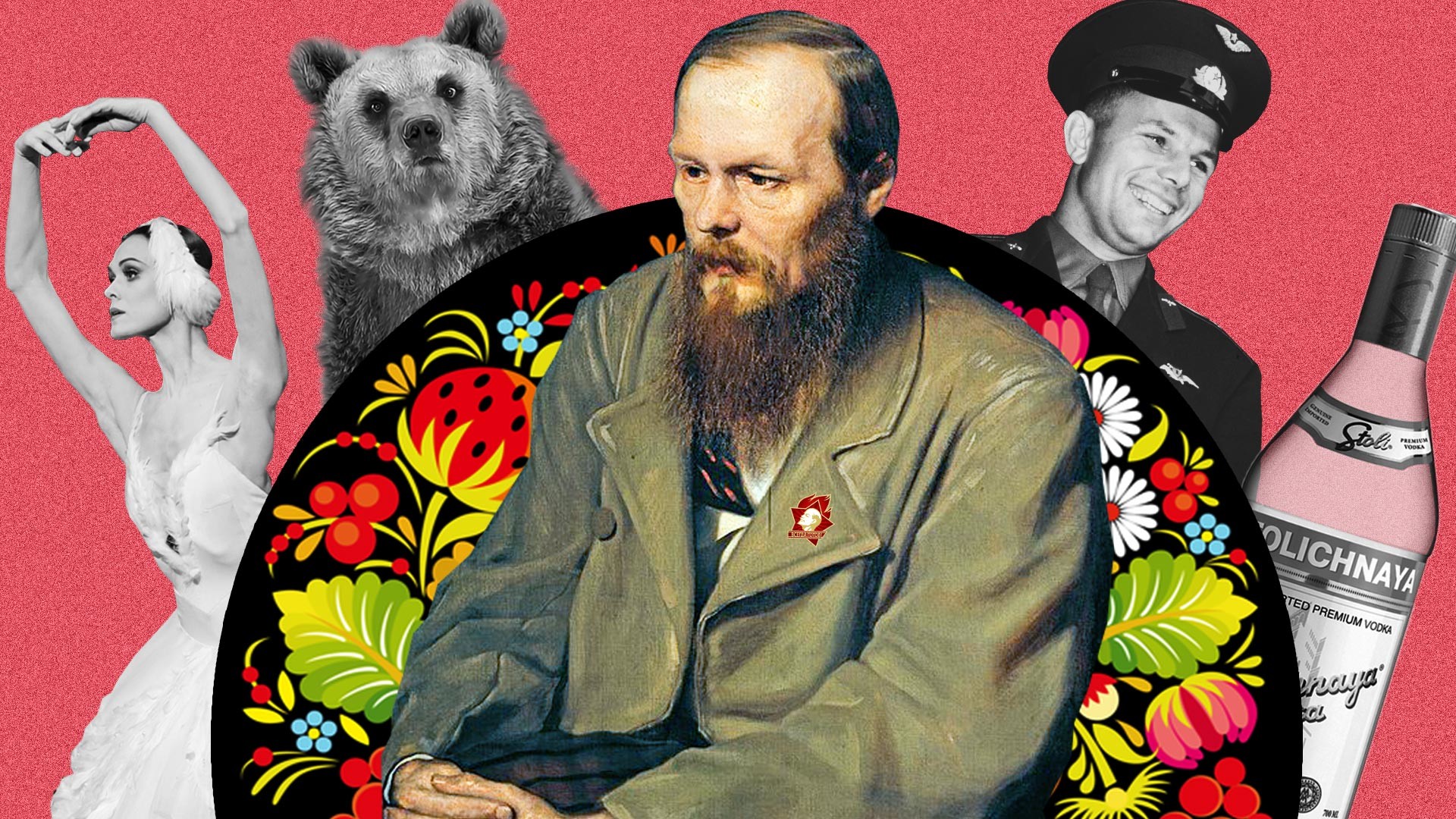 What do you know about Russia, except for its size? We asked our readers to recall the things that they thought made the country famous. Among the hundreds of answers, the greatest examples were of the cuisine, culture and traditions. But nobody (NOBODY!) said that Russians didn’t smile. Thank you! 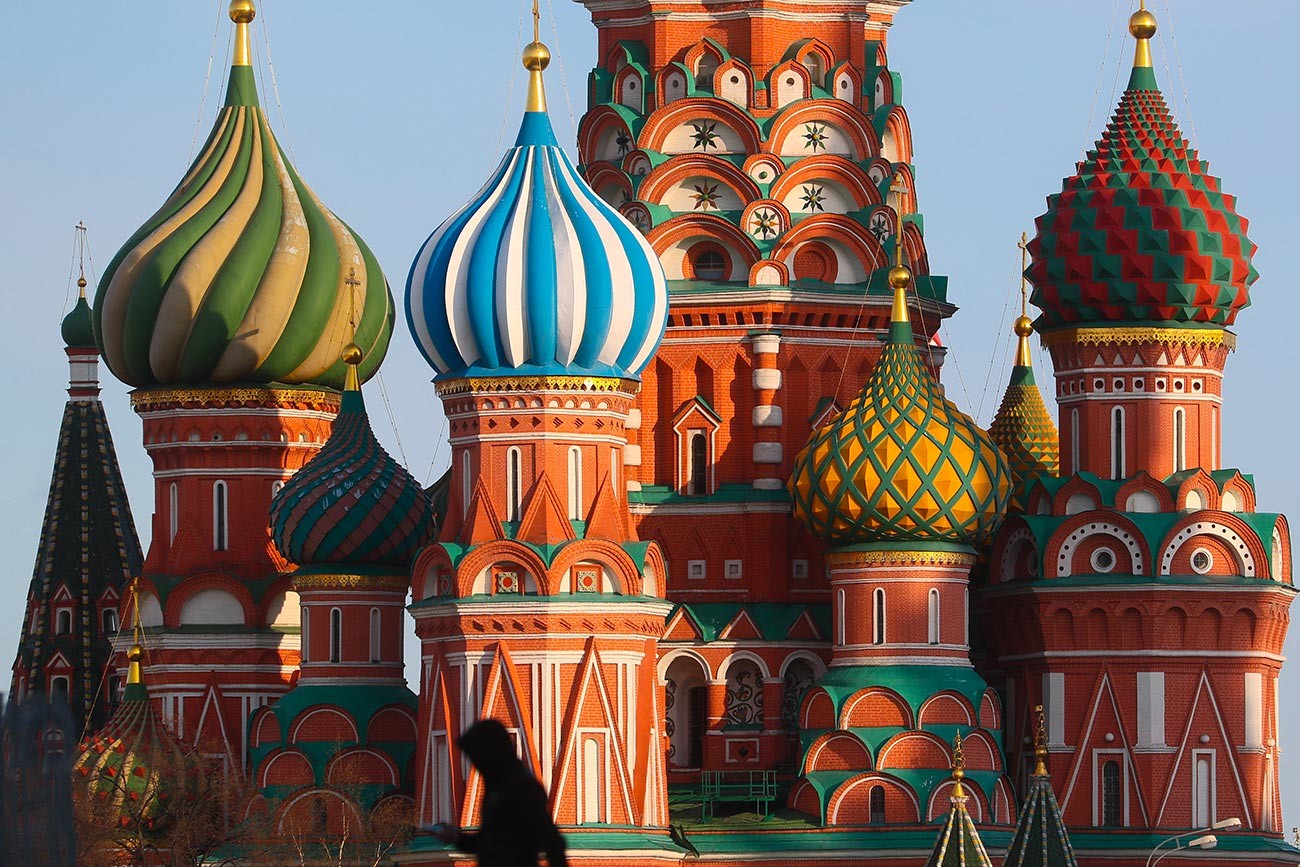 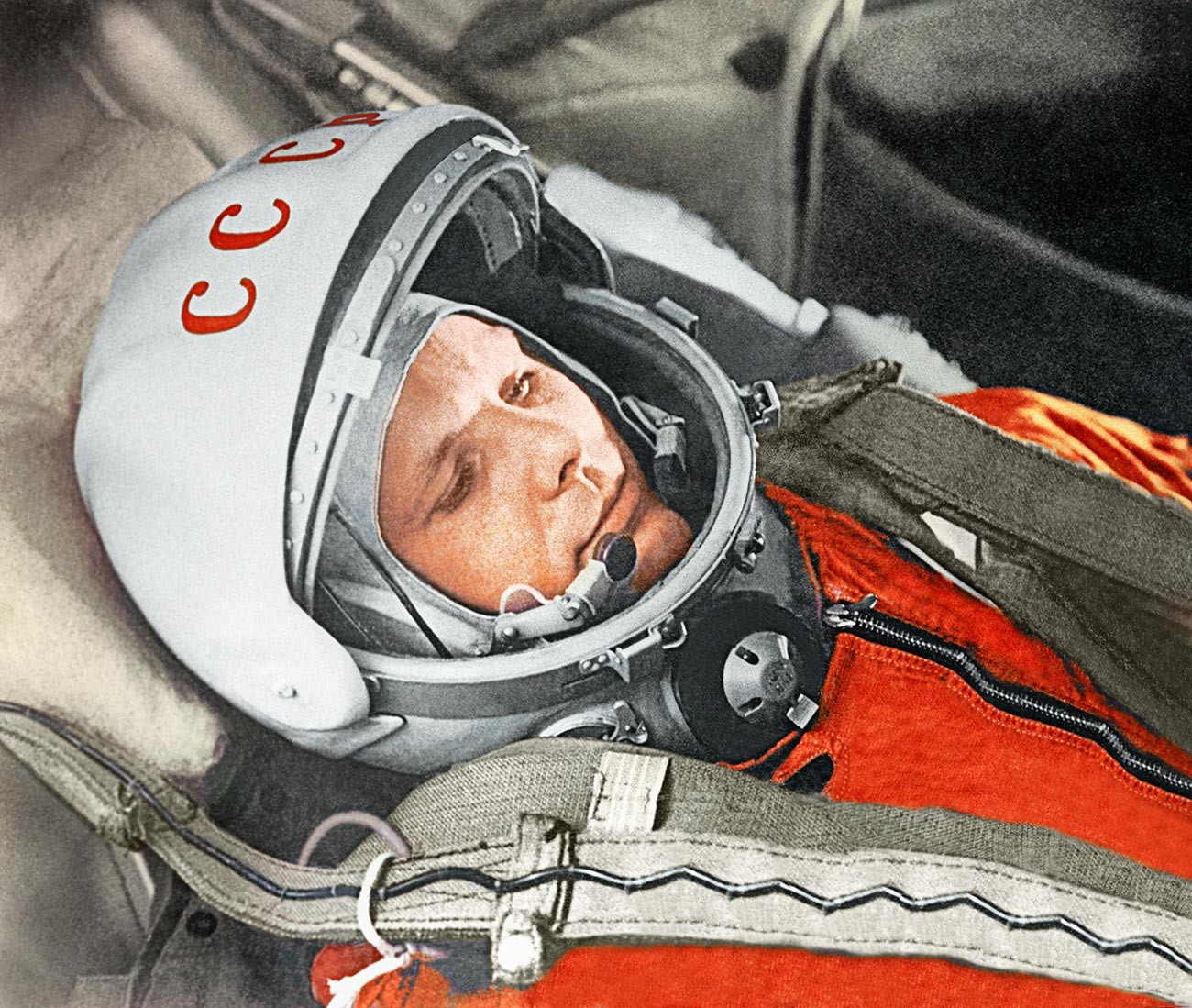 One of the most popular answers was the first manned space flight and space exploration. On April 12, 1961, Soviet cosmonaut Yury Gagarin flew into space and returned safely. That day changed history. Take a look at how Gagarin was greeted after his unbelievable flight! 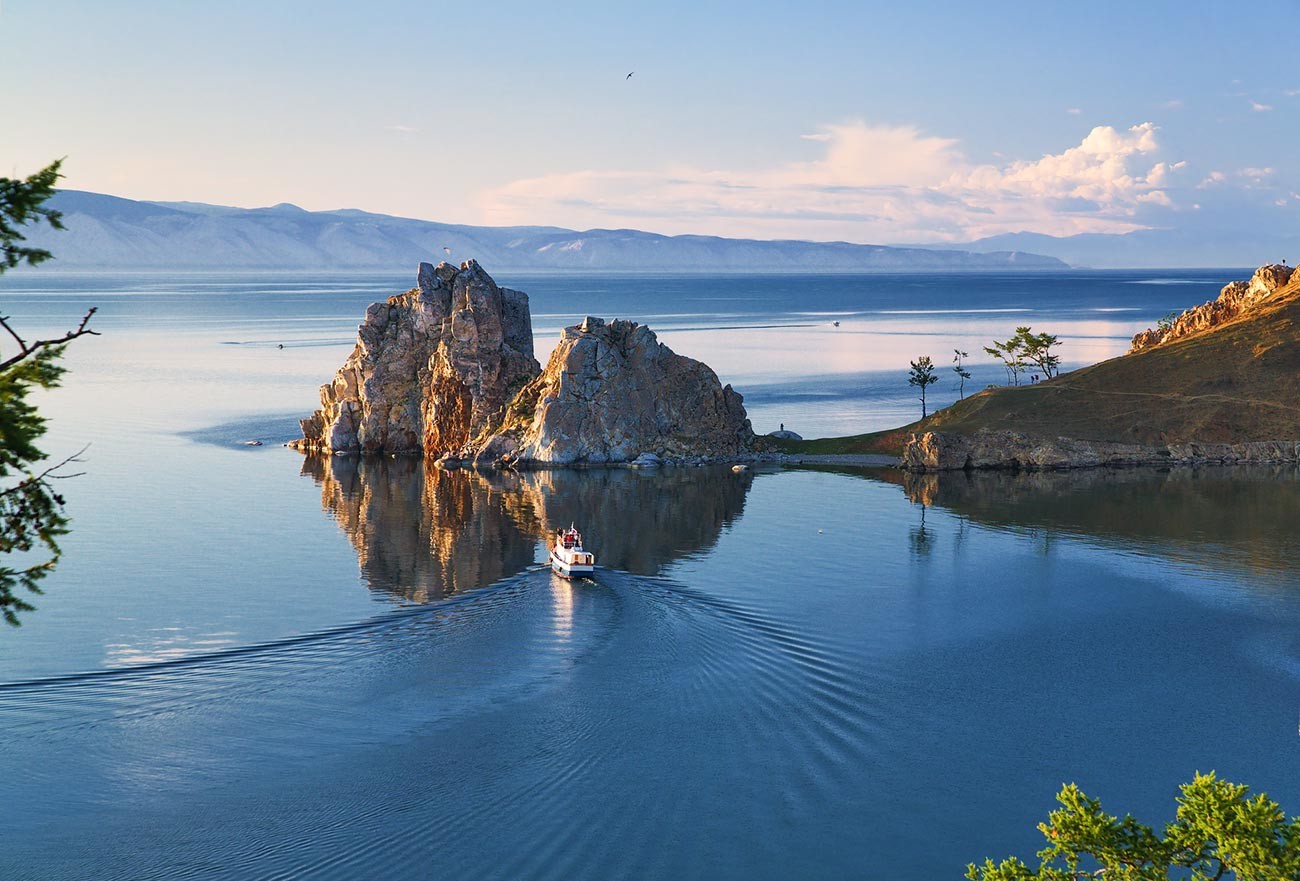 There are so many natural wonders in Russia, but the Siberian Lake of Baikal is probably the most famous one. It’s the deepest lake in the world with its unique flora and fauna (you should see the local seals!) and the biggest freshwater reservoir. And it’s full of mystery! The Olkhon Island in the lake is considered a place of power for Siberia shamans. In winter, Lake Baikal is also covered with awesome ice. 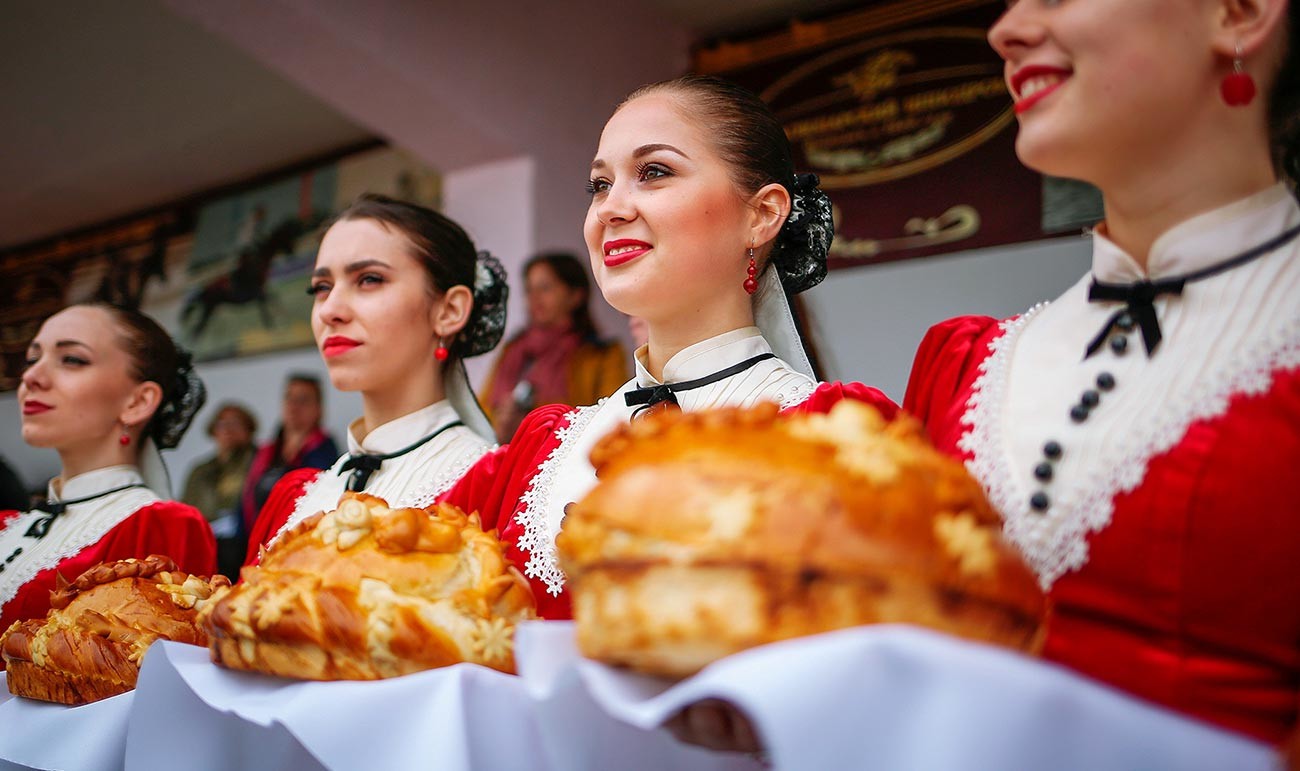 Traditional Russian greeting with a bread and salt.

The legendary Russian tradition of entertaining guests: offering the best food (even the last) and drinks, making everything for your comfort and only after asking any questions. The roots of such behavior go way back to ancient Rus, when the settlements were very far from each other and guests were often considered as messengers. 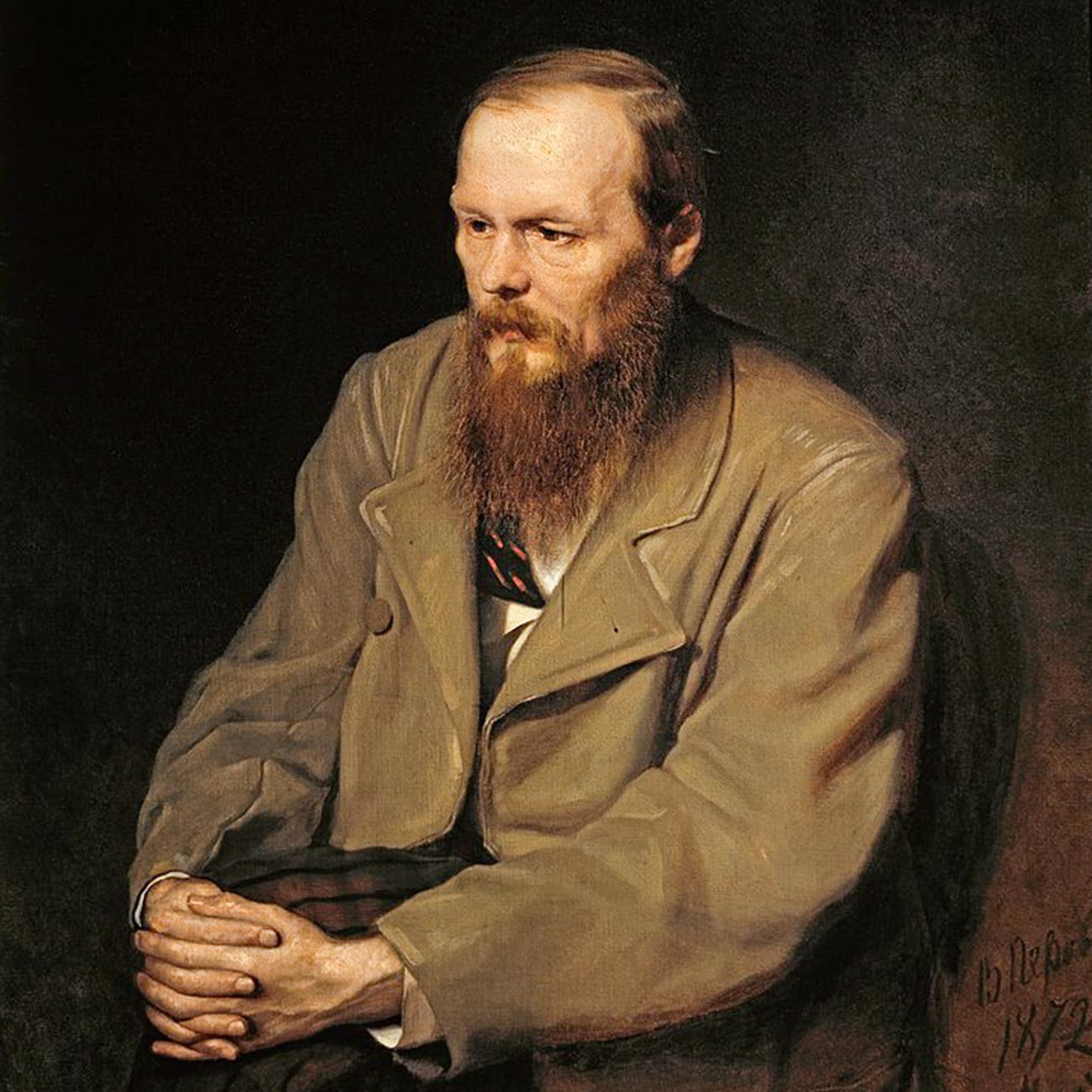 A portrait of Fyodor Dostoyevsky.

Our readers named many Russian writers, such as Leo Tolstoy, Anton Chekhov, Vladimir Mayakovsky and Fyodor Dostoyevsky. As for the books, most readers mentioned Tolstoy’s 'War and Peace.' Yes, it really is an iconic novel. 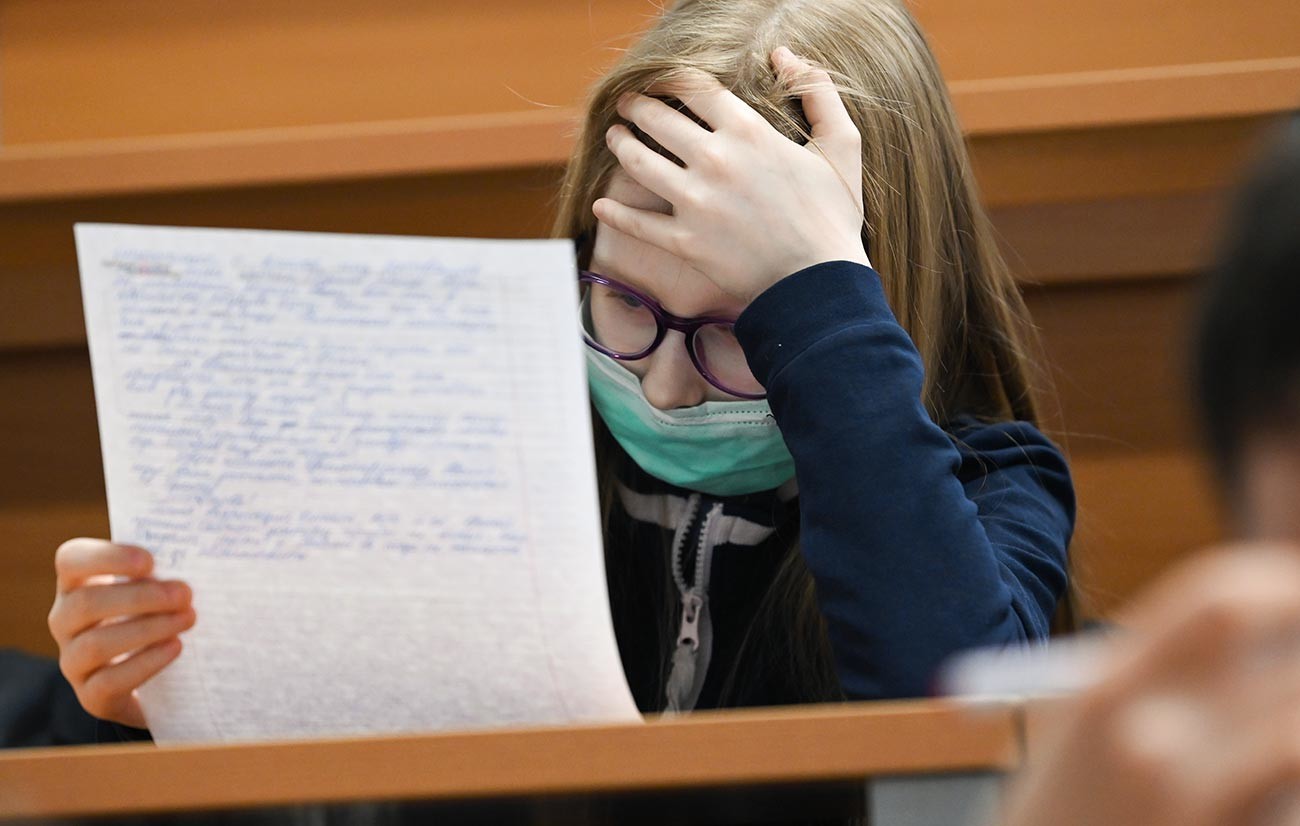 The Russian language is rather hard to learn, but many foreigners find it beautiful. “Russian is a very emotional and descriptive language that lets you express each idea, feeling, or emotion,” writesAlexandru Mercur on Facebook. “Sadly, after the Bolshevik Revolution, the orthography was simplified. I think Russian language must return to its grammar and orthography which it had had before Peter the Great.”

Besides the language, our readers mentioned the Cyrillic alphabet with the letters that look similar to the latin alphabet, but sound completely different. 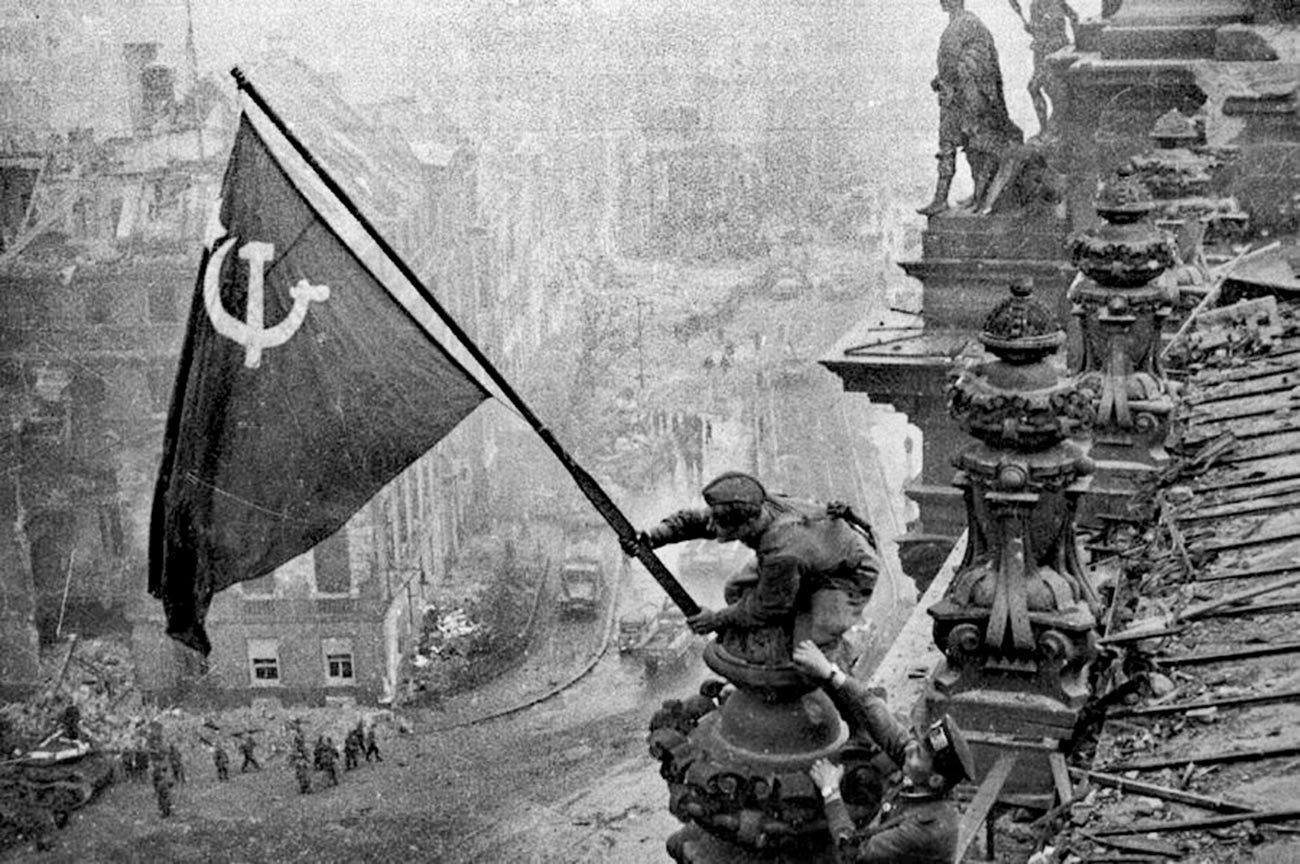 The Victory Banner over the Reichstag. Berlin, 1945. The legendary photo of Yevgeny Khaldei.

“Russia is the reason the whole world isn’t speaking German. Russia was responsible for stopping Hitler and turning the tide of the war against Germany,” writesRobert Berry on Facebook.

Onion domed churches impressed @raindog1970 on Twitter and Thomas Campolongo on Facebook, some mentioned St.Basil’s cathedral in Moscow. So, why do the domes on Russian Orthodox churches made in the shape of onions? The most obvious reason for that is the weather. Such a shape doesn’t let the snow accumulate on the roof. 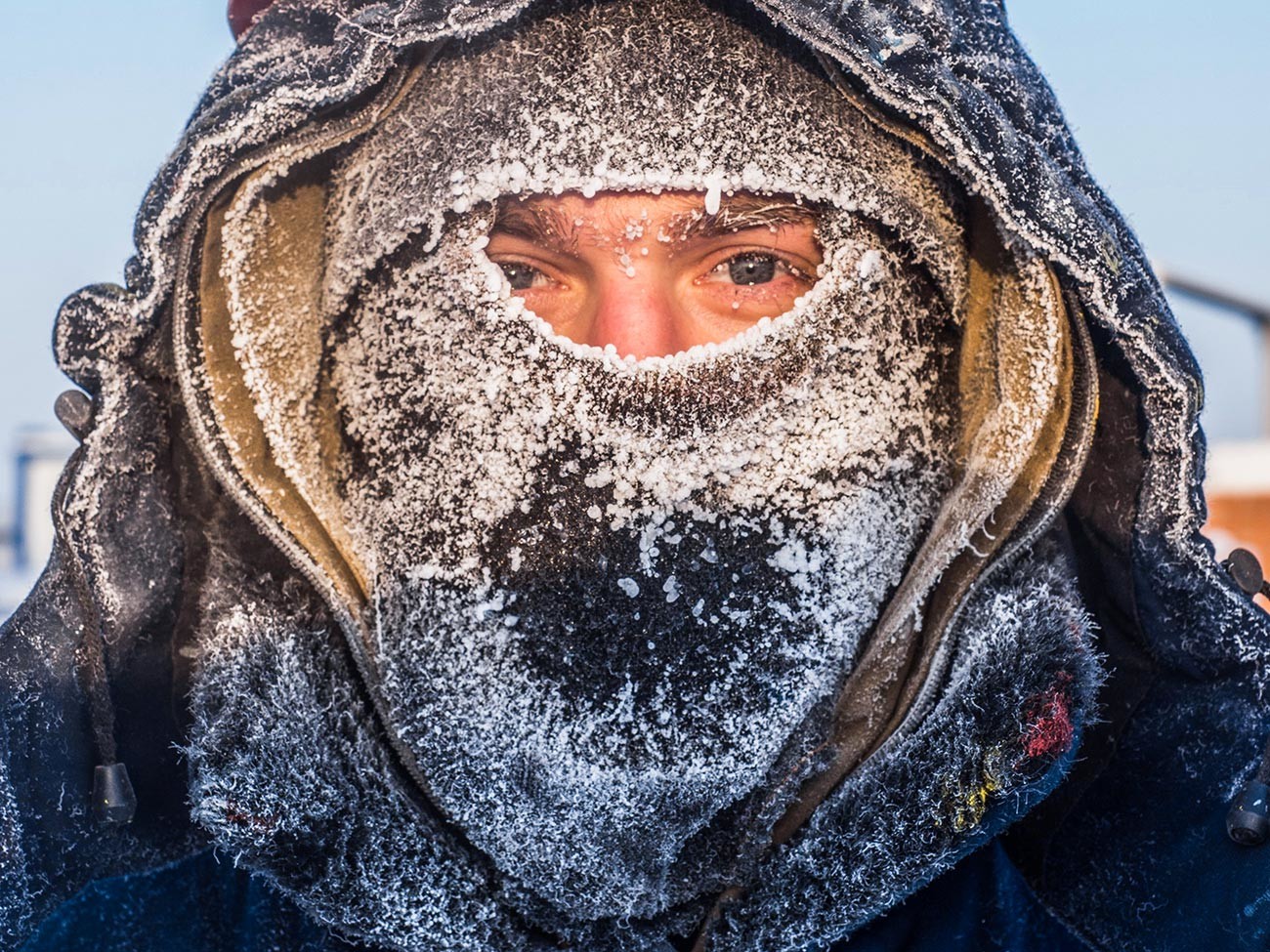 The city of Nefteyuhansk, minus 62 C outside.

Can we call subzero temperatures a signature of Russia? Even those who have never been have heard about the cold climate. “Very few other countries can say they have similar winters. So cold, yet Russians manage how to cope with that,” writesJirka Zahora on Facebook. 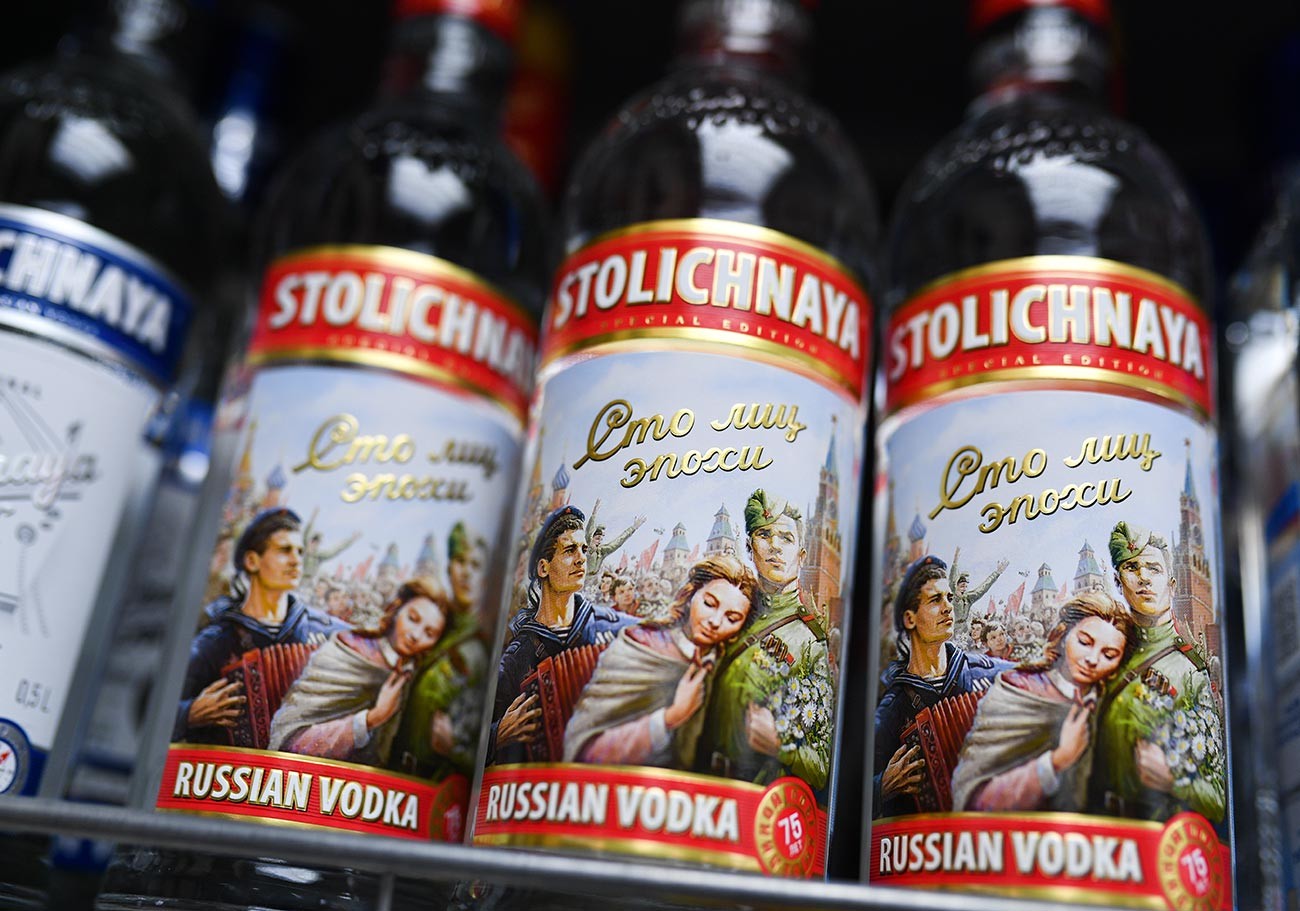 Alcohol section at a store.

Yes, it’s still one of the most popular associations with Russia, despite the fact that consuming alcohol is declining every year (from 15,8 liters in 2010 to 10,8 in 2020). And modern Russians actually prefer beer and wine. However, traditional vodka is a more famous alcohol drink than Zhiguli beer or Abrau Durso sparkling wine. “Cheap, social, very essence of everything in Russia” - this is how readers described this drink. 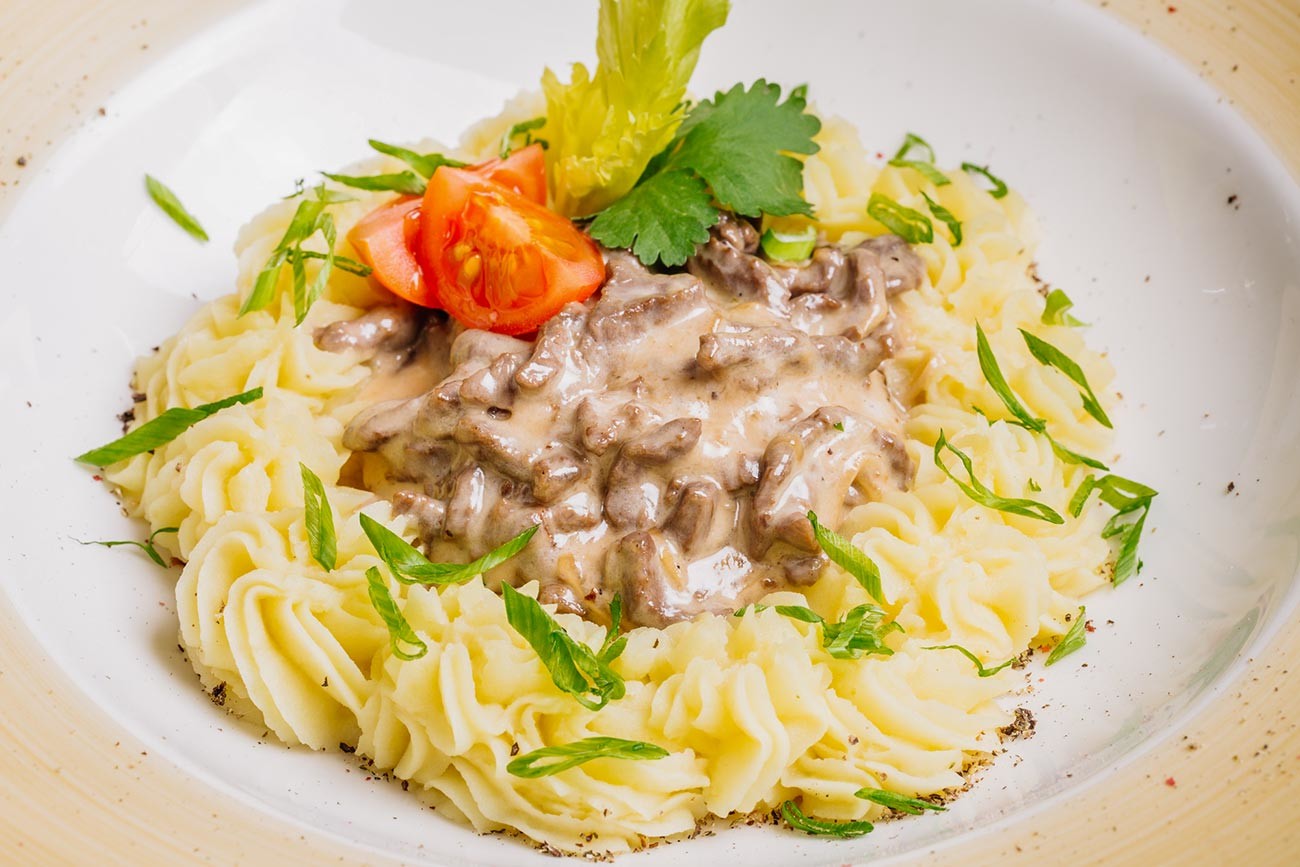 This dish made with beef in a creamy sauce served with mashed potatoes is famous everywhere. According to the legend, it was invented by the French chef of Russian Count Alexander Stroganov in the 19th century. The count liked guests (Remember? Hospitality is above all!) and this dish was rather easy and quick to cook. By the way, Beef Stroganoff is now part of the Swedish cuisine under the name ‘Korv Stroganoff’. This is how it looks. 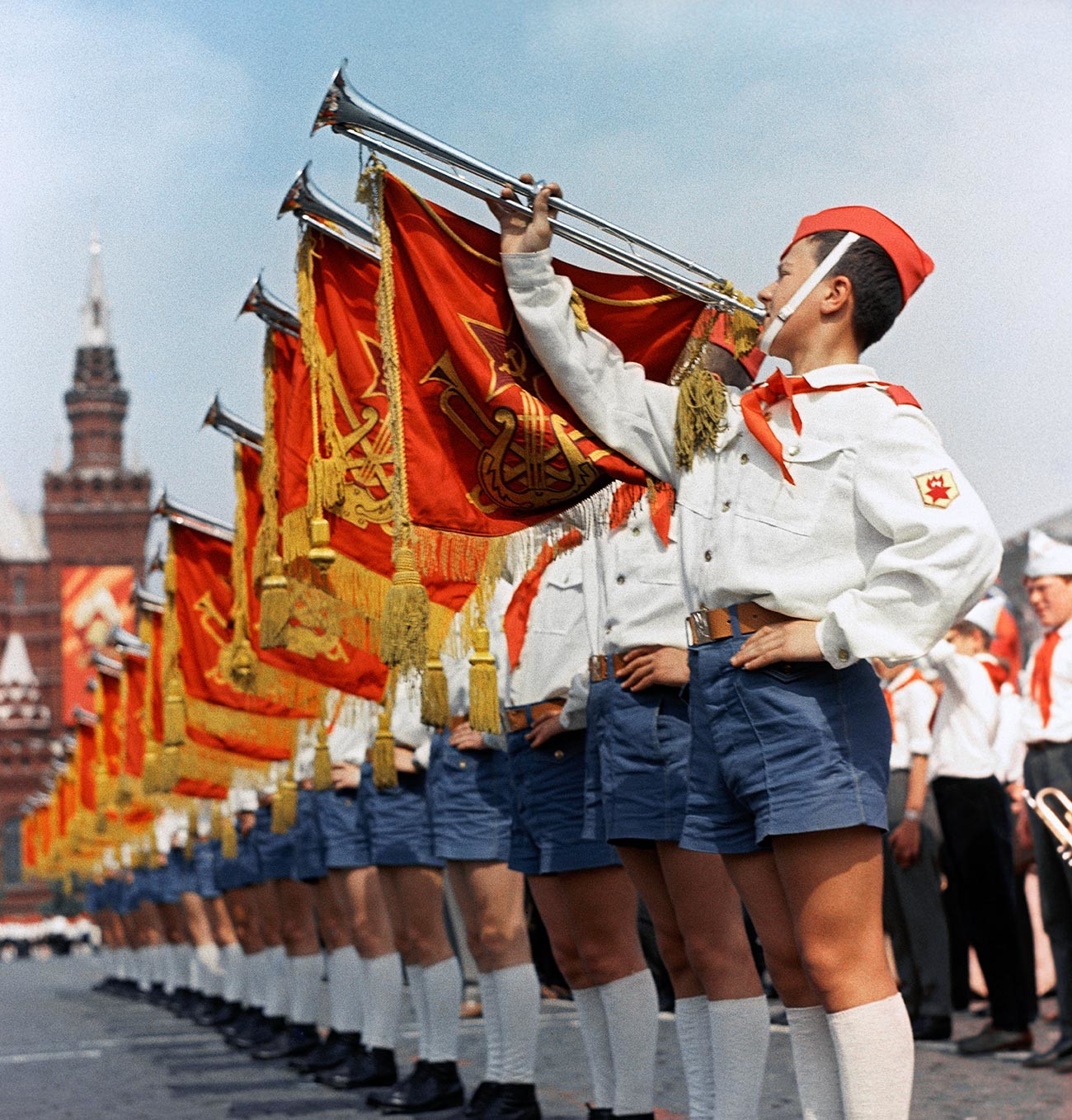 The event dedicated to the 45th anniversary of the pioneer organization.

The story of the Soviet Union finished 30 years ago, but its legacy is still alive. Many people remember Soviet education (maybe they took part in exchange studies back then?), famous scientists and, of course, Soviet leaders, such as Joseph Stalin and Mikhail Gorbachev. “Russia as the former USSR gave the world 8 hours duty per day, gender equality, advancement of science even at school level,” wroteImam S Shaik on Facebook. 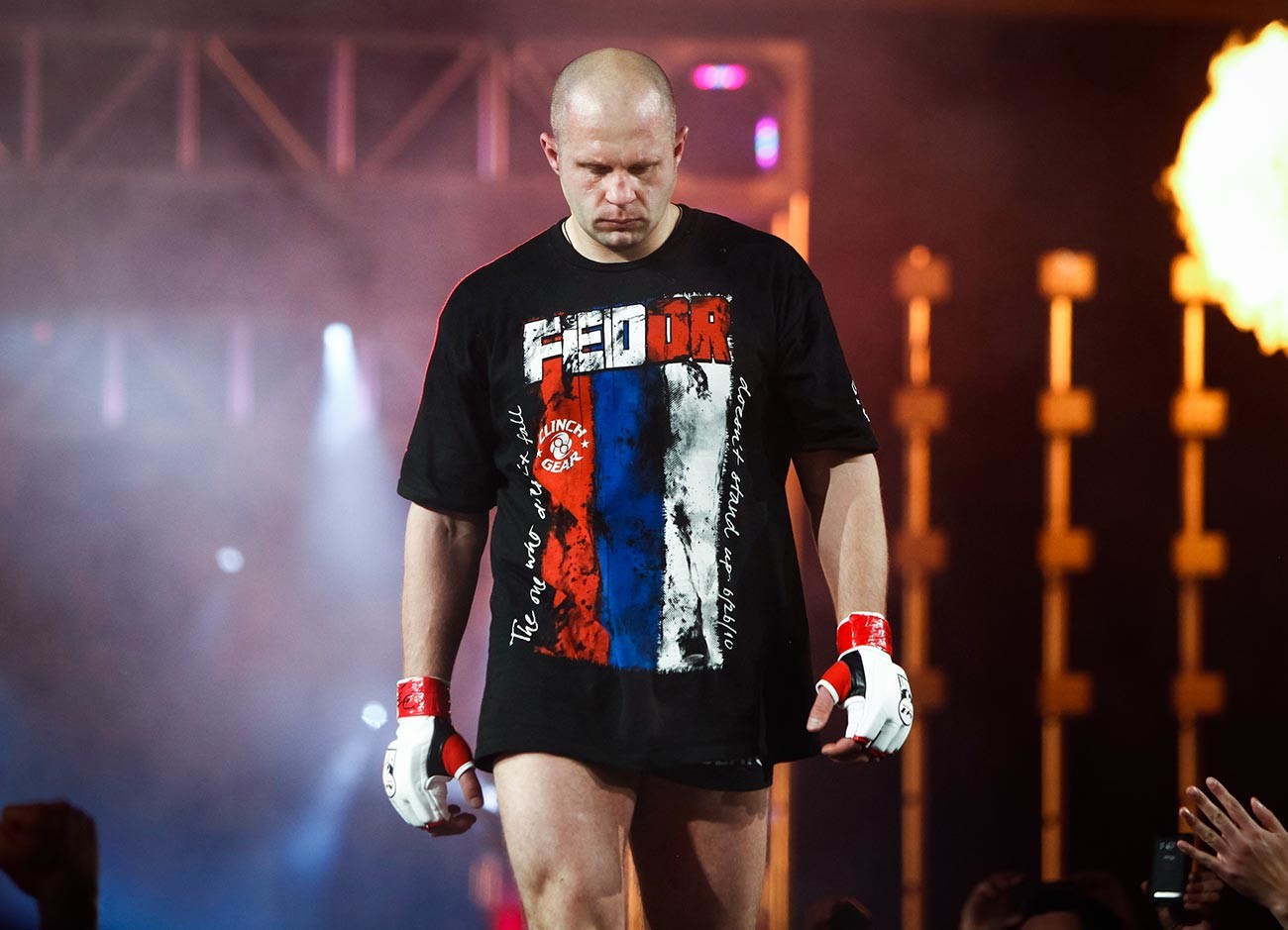 As for modern personalities, besides Russian president Vladimir Putin, many of our readers mentioned Khabib Nurmagomedov aka ‘The Eagle’ and Fedor Emelianenko, the top fighters who’ve already finished their careers. “Fedor has put Russia on the map for being the best fighter in the world,” saysJohn Zog on Facebook.

“The best scientists in the world, first to launch a successful vaccine for Covid. That really got up the noses of Europe and America. Had they not been so high brow and dismissive and collaborate with Russia, Covid would’ve been better under control much quicker,” writesFrank Murphy on Facebook. 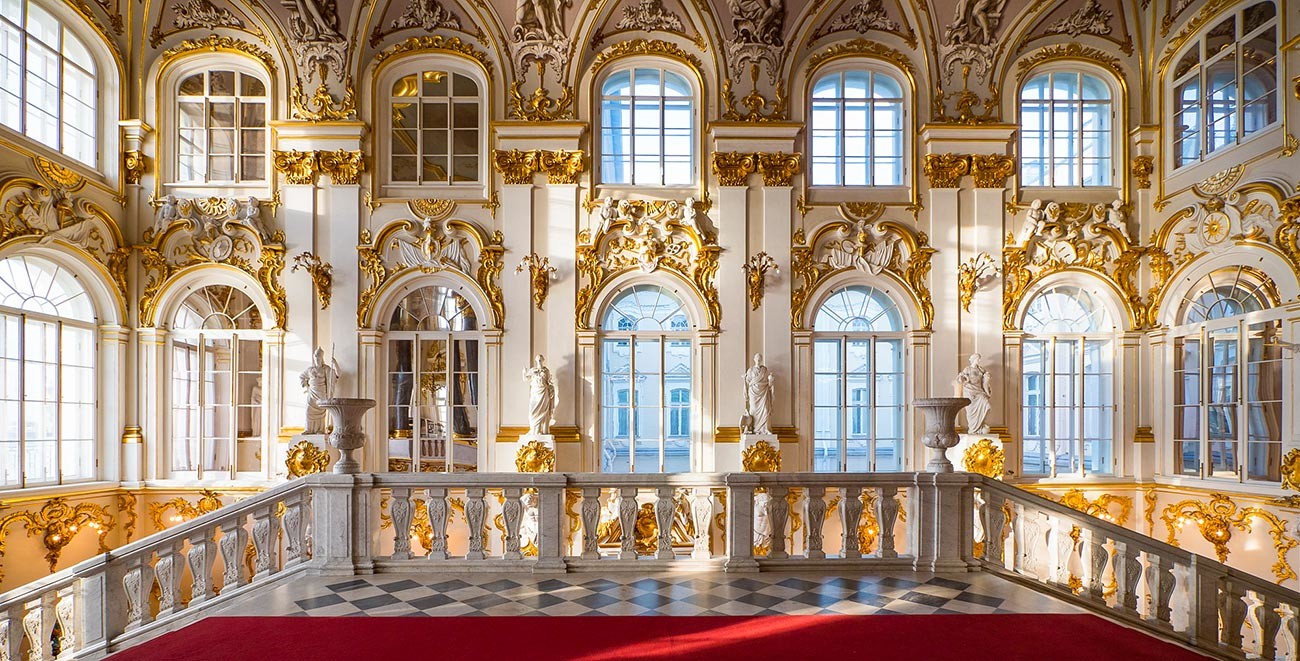 The Moscow Kremlin, St. Petersburg’s Hermitage museum, the wooden churches of the Russian North, as well as the historical architecture of Kazan and Vyborg were among the famous landmarks of Russia that our readers mentioned. And lots of people highlighted the beautiful Moscow Metro stations: “They look like museums!” 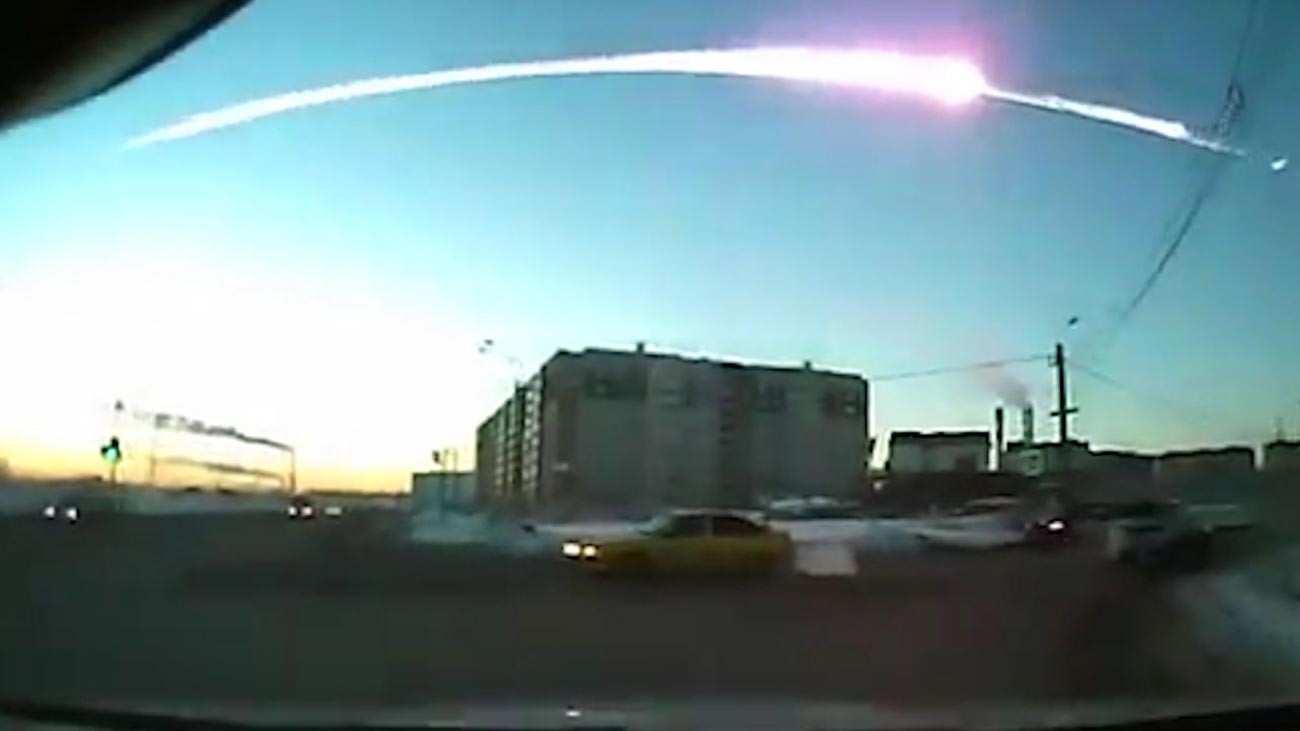 The trace of the fall of a space object in Chelyabinsk.

Our readers also mentioned those funny road videos from Russia shot with dashcams: it seems that drivers here are not surprised by tanks, helicopters or even meteorites! 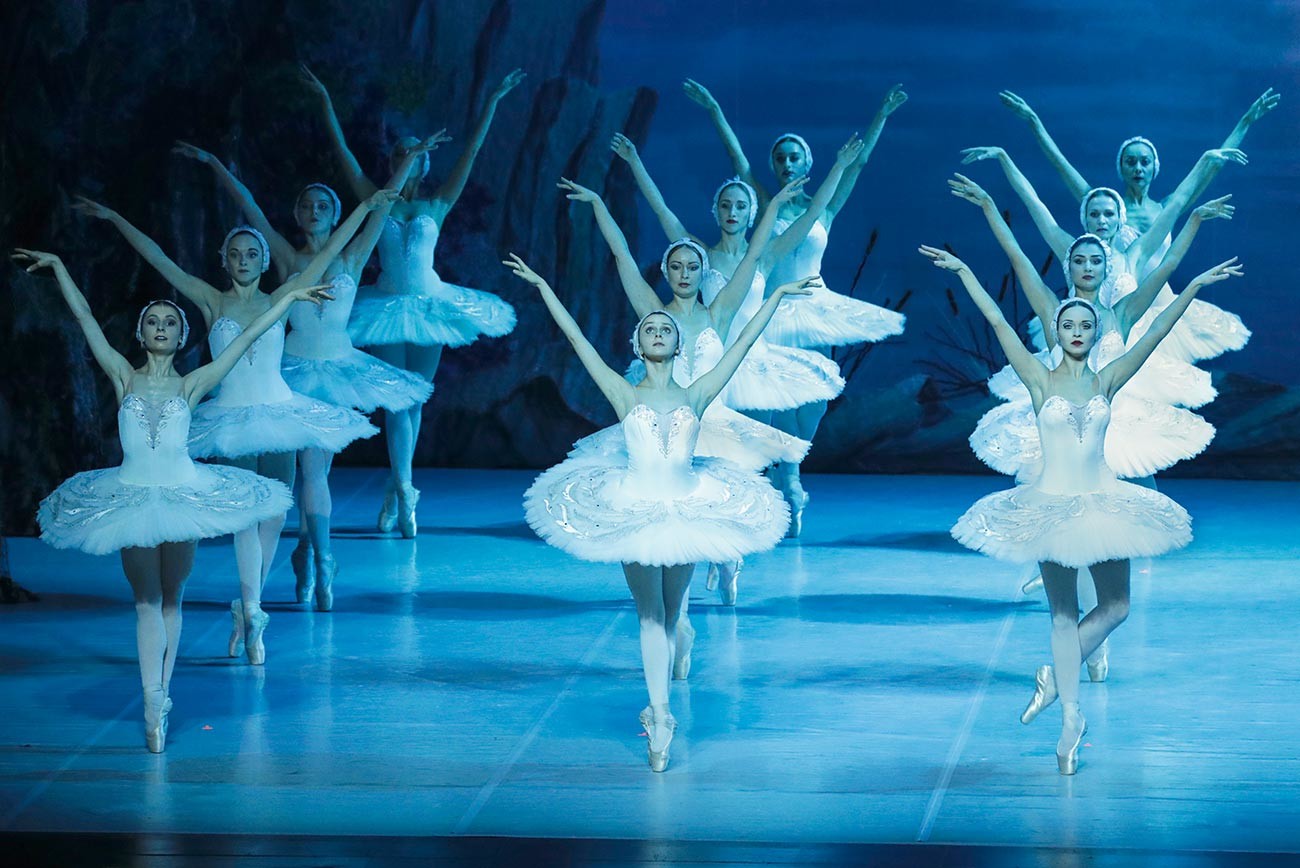 Our readers also noted that Russia is also famous for ballet, composers, the longest railways, beautiful women, the Tetris game, the Matryoshka doll, bears, balalaikas, babushkas, the Stanislavsky system, Russian blue cats and much more. Christian Hainds on Facebook highlighted that Russia is “a truly multinational state with tons of languages spoken”. Tanny Tan wrote that Russia always is the villain in the (Hollywood) movies.

Besides this, some readers focused on the negative associations with Russia. Marcin Małek and Justus Madison both wrote about “poisoning” on Facebook, while @Priya_D8 mentioned “corruption” on Twitter.