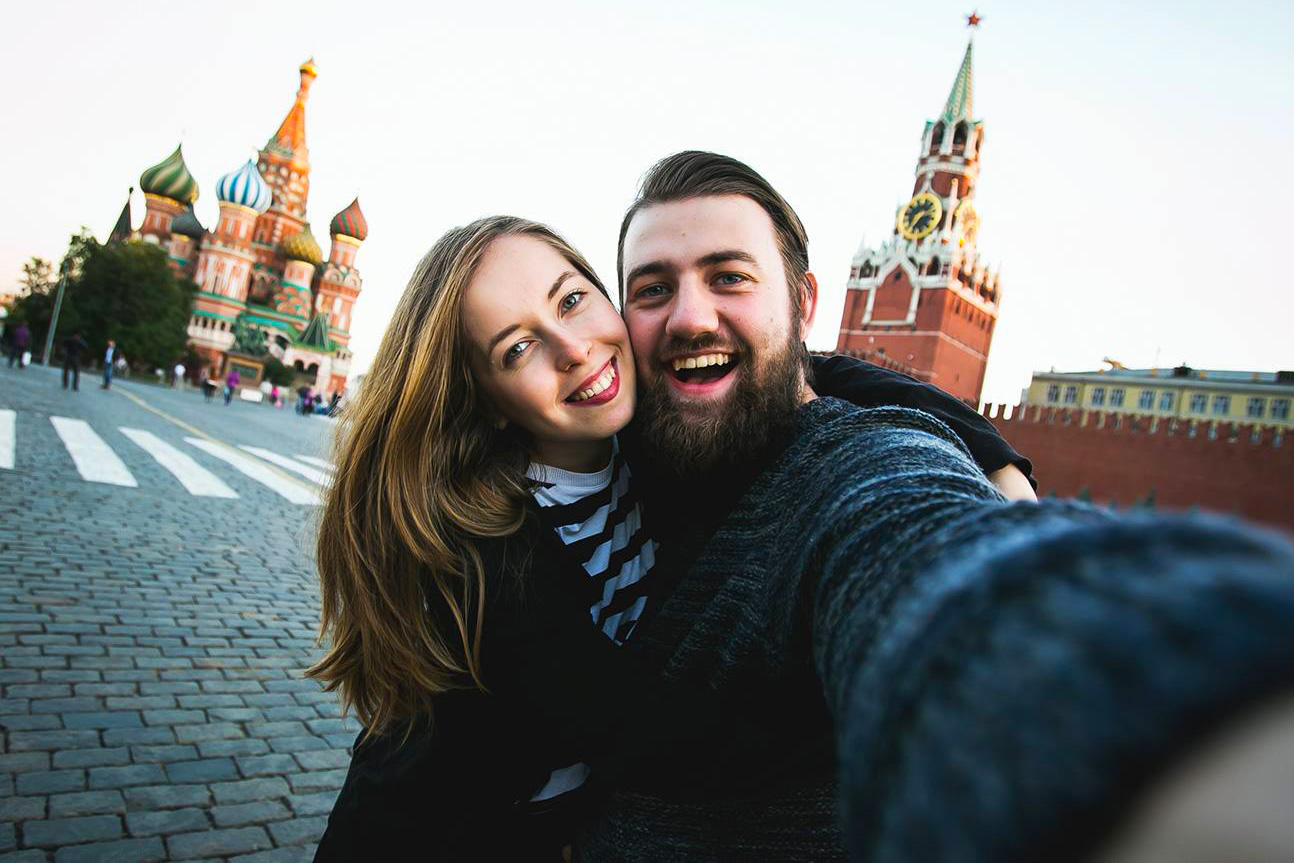 1. The best view of Moscow 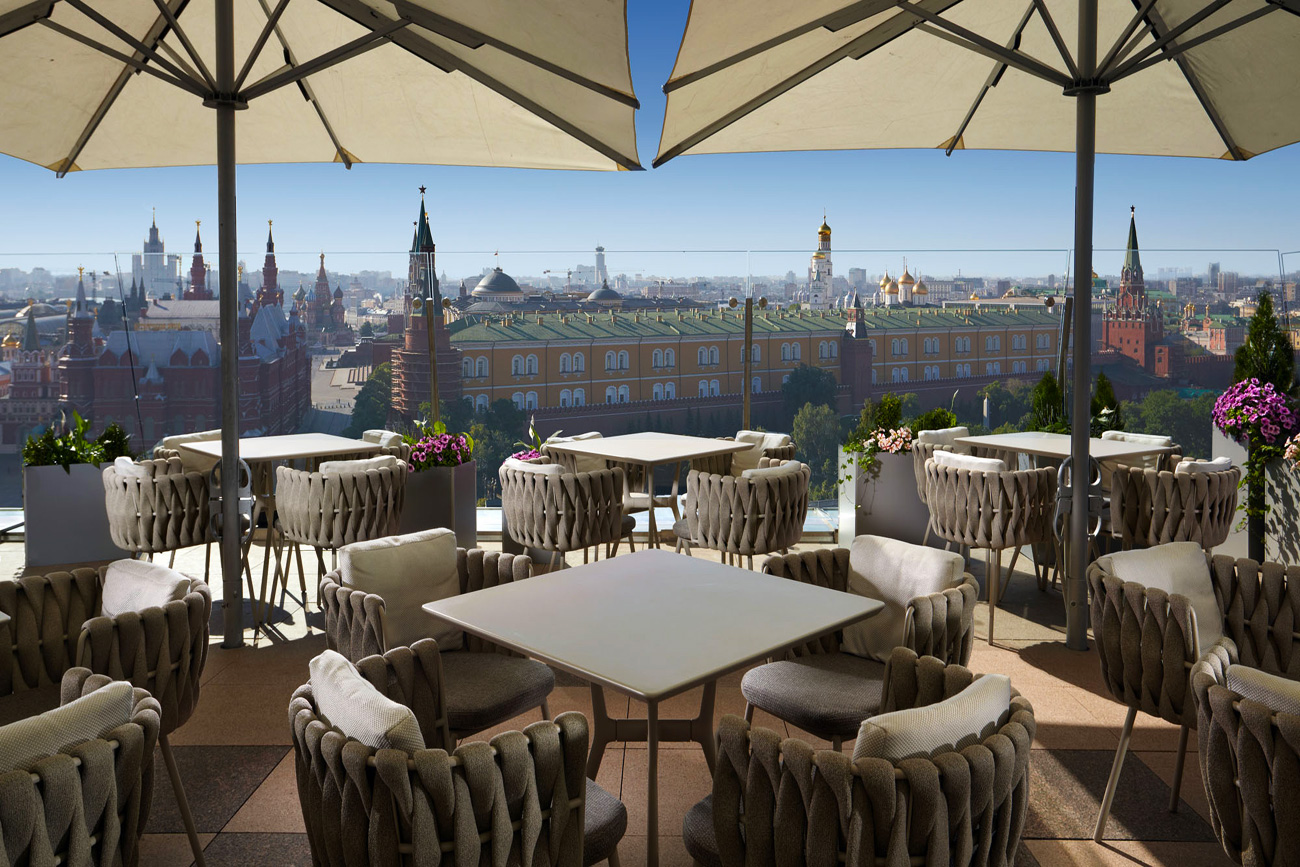 Taking yet another shot of yourself on the cobblestone Red Square against the background of St. Basil's Cathedral, you risk looking like all those tourists who pose as if they’re keeping the Tower of Pisa from falling or holding Sagrada Família in their palms. How can you take a selfie with Russia's main landmark without falling into this “tourist trap”?

Visit the O2 Lounge Bar on the roof of Ritz Carlton Hotel, where all the global celebrities take their Moscow pictures, from Sigourney Weaver to Robert Downey Jr. Not only does the bar make a nice panorama point for the Kremlin walls and towers, the Historical Museum, the Great Kremlin Palace and the Kremlin cathedrals, but all these landmarks are not too far away, which makes them perfectly recognizable, even in the background.

For those who find the average bar bill of over 2500 rubles a bit outrageous for a Kremlin selfie, there are a few other options. Patriarshy Bridge near the Cathedral of Christ the Savior, Moscow's first "skyscraper" – the Belfry of Ivan the Great in the Kremlin, where you can take a guided tour, and a free panorama point in Detsky Mir, Moscow's largest kids' department store.

2. The major sights of St. Petersburg 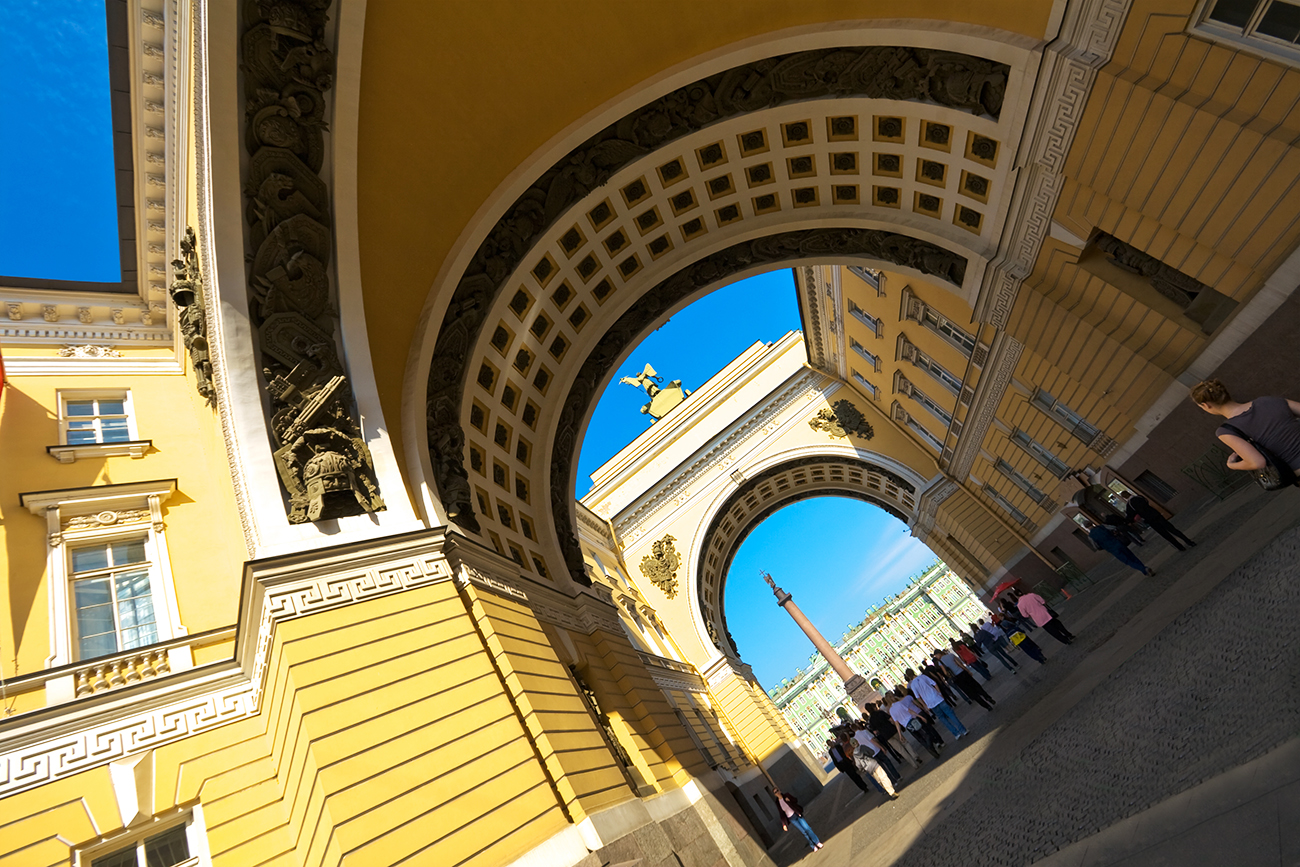 Forget about selfies at the Hermitage or the Savior-on-Blood Cathedral: These are the most frequently visited locations and the most banal photo spots in the city. To get to the next level of the "selfie game", exit the Palace Square through the arch of the General Staff Building, and as you pass under the arch, stop and take a photo: In addition to one of the Alexander Column, the Winter Palace and the square, you will get an excellent view of the "double chins" – three interconnected archways, decorated with reliefs and encasing the entrance to the Palace Square from Nevsky Prospect in a fancy frame.

New Holland, an entire island where you can enjoy art and have some fun outdoors, makes a nice selfie location: Having reopened after reconstruction last year, it hasn’t become a clichéd St. Petersburg image like the drawbridges or palaces.

If you want to have a fun moment and get more likes on your social networks, don’t forget to add a dab of irony to your selfies: At the Spit of the Vasilievsky Island, you can "wear" Peter and Paul Fortress as a crown, and in Senate Square, you can let the "Bronze Horseman," an equestrian monument to Peter the Great, gallop in your hand. 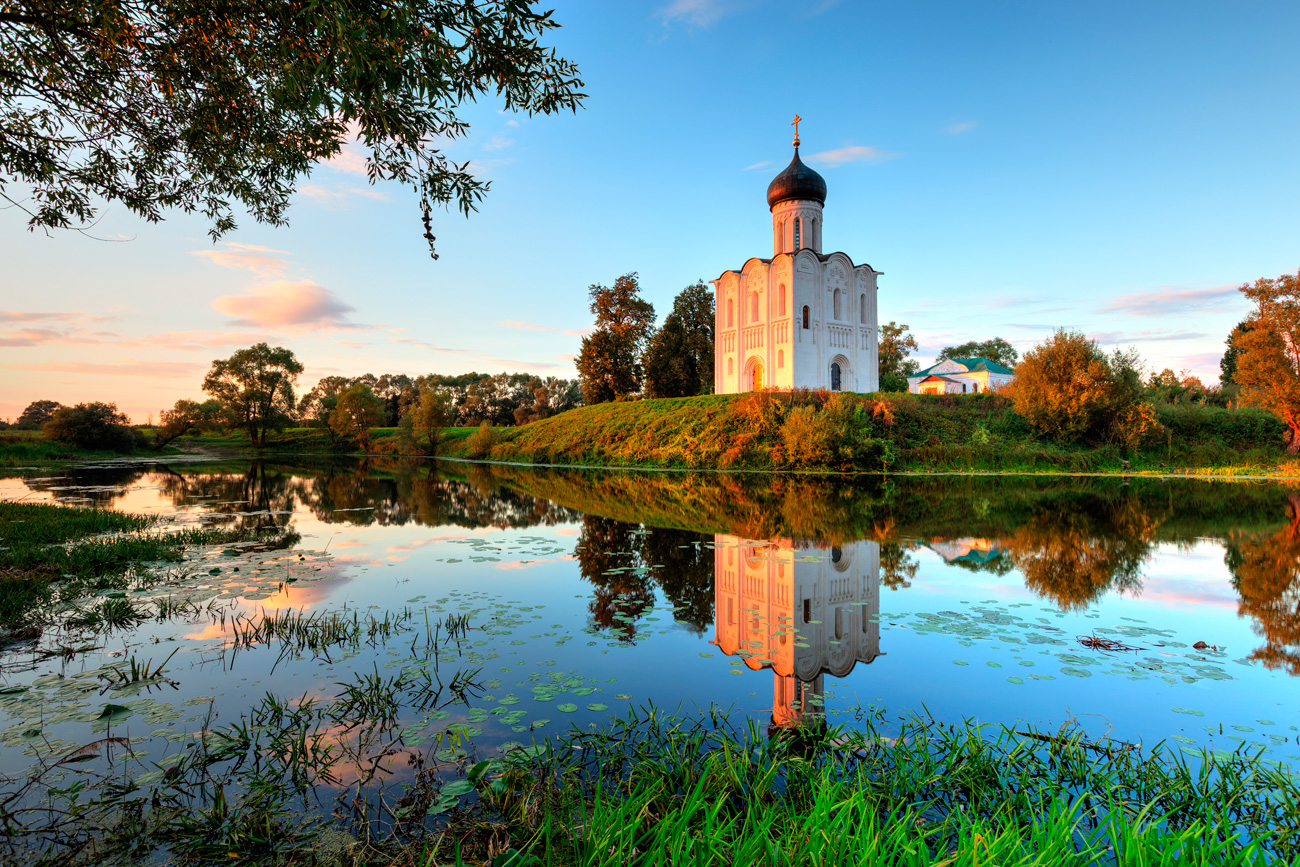 Nothing will show your location better than a selfie with a solitary white church with an onion-shaped dome amidst green meadows that stretch all the way to the horizon. The Church of the Intercession on the Nerl is one of the most recognized Russian landmarks on the Golden Ring, a traditional Russian tourist route.

To get here, you need to travel to the thousand-year-old city of Vladimir, 225 kilometers away from Moscow, then drive to the settlement of Bogolyubovo (another 10 kilometers) and walk a couple of kilometers along a cobblestone path to the church. Tip: For a more creative selfie, experiment with reflections in the small pond near the church. 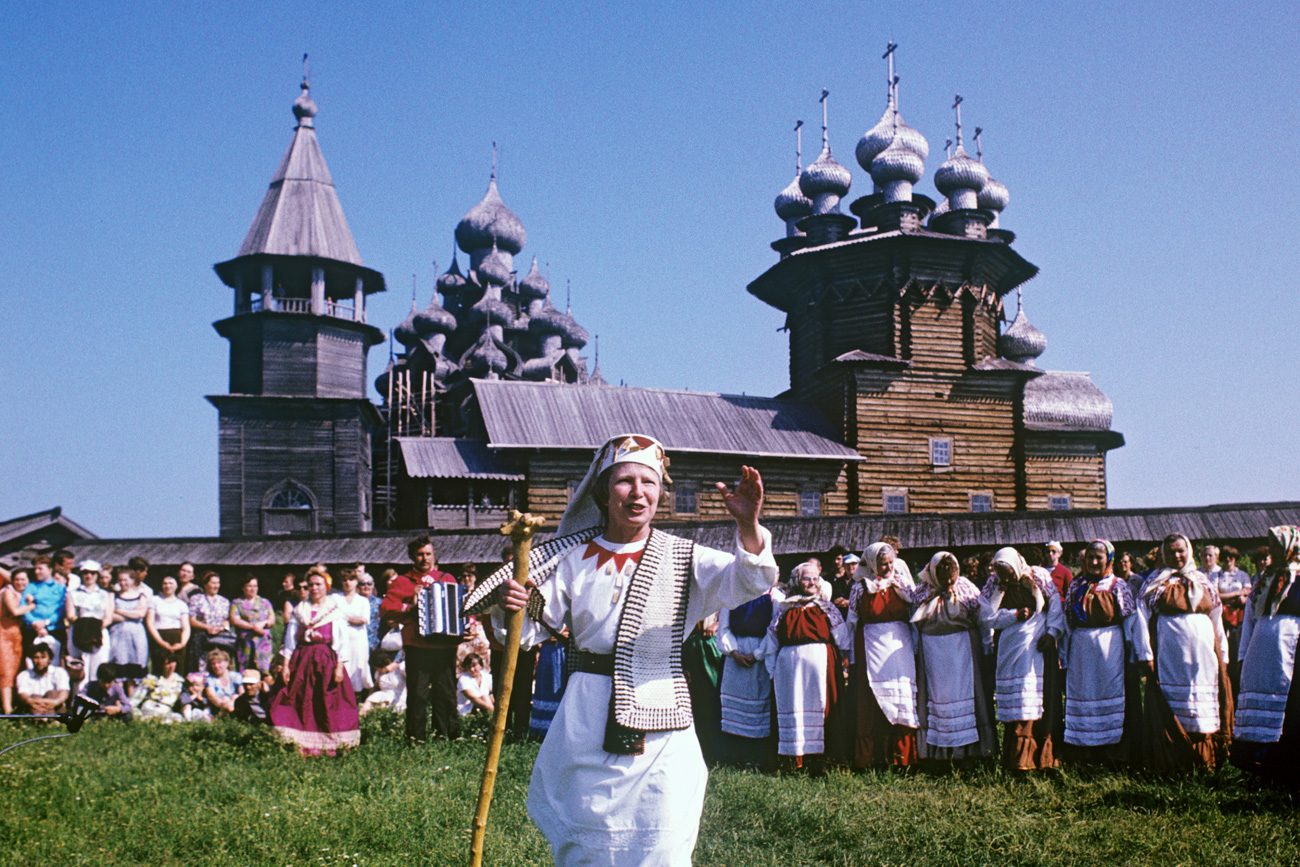 So far, only the Russians have figured out how to build wooden churches the size of a 12-story house with just an ax and no nails. Kizhi Pogost, a UNESCO heritage site which has featured these wooden constructions hovering above the lake for three centuries, is situated on a small island in Lake Onega (716 kilometers from Moscow). The outdoor museum is open to visitors all year round, but the best selfies are taken in summer, during festivals of the peasant culture of the Russian North, with their ring dances and authentic traditional costumes. 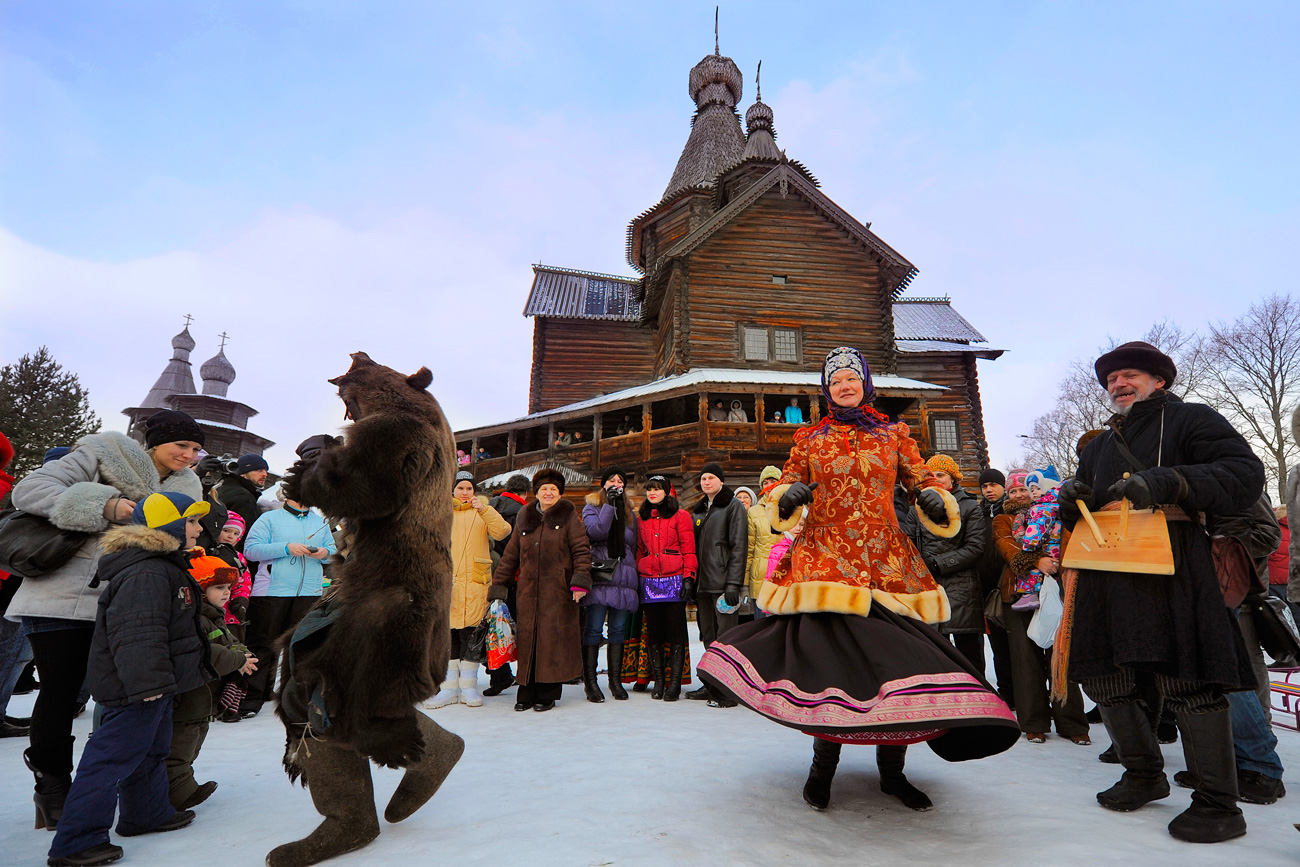 A similar, but slightly less popular site is a settlement where wooden buildings were created for a countess by a renowned architect from the capital. Come see the Vitoslavlitsy wooden architecture museum on the outskirts of Veliky Novgorod (538 kilometers away from Moscow) for an authentic Russian selfie, for instance, during Maslenitsa – the festive week before Lent, at the end of winter: Your selfie can include blini, balalaikas and girls in kokoshnik head-bands. 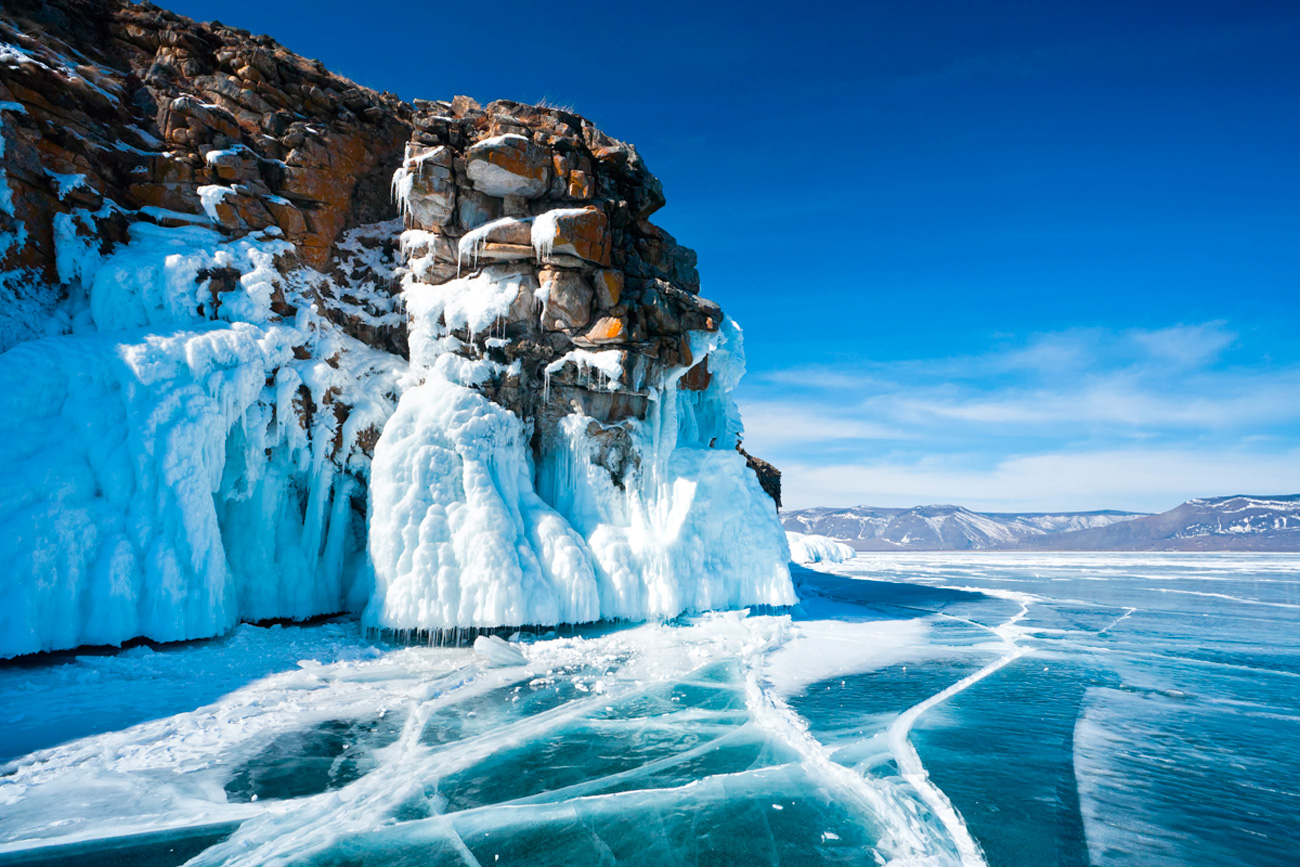 Winter golf on the ice of Lake Baikal is the essence of the Russian lifestyle, which requires fighting the gloom and fatigue for seven or eight months of cold and snow. Visit Russia's most well-known natural site in winter: Baikal ice is breathtaking, both in real life and in photos.

In addition to avoiding the bloodthirsty Siberian mosquitoes that are most active in summer, you will be able to reach the islands that remain inaccessible in the summer because of storms. By contrast, in winter you can get there by snowmobile or even on skates.

6. The edge of the world with bridges on the sea in Vladivostok 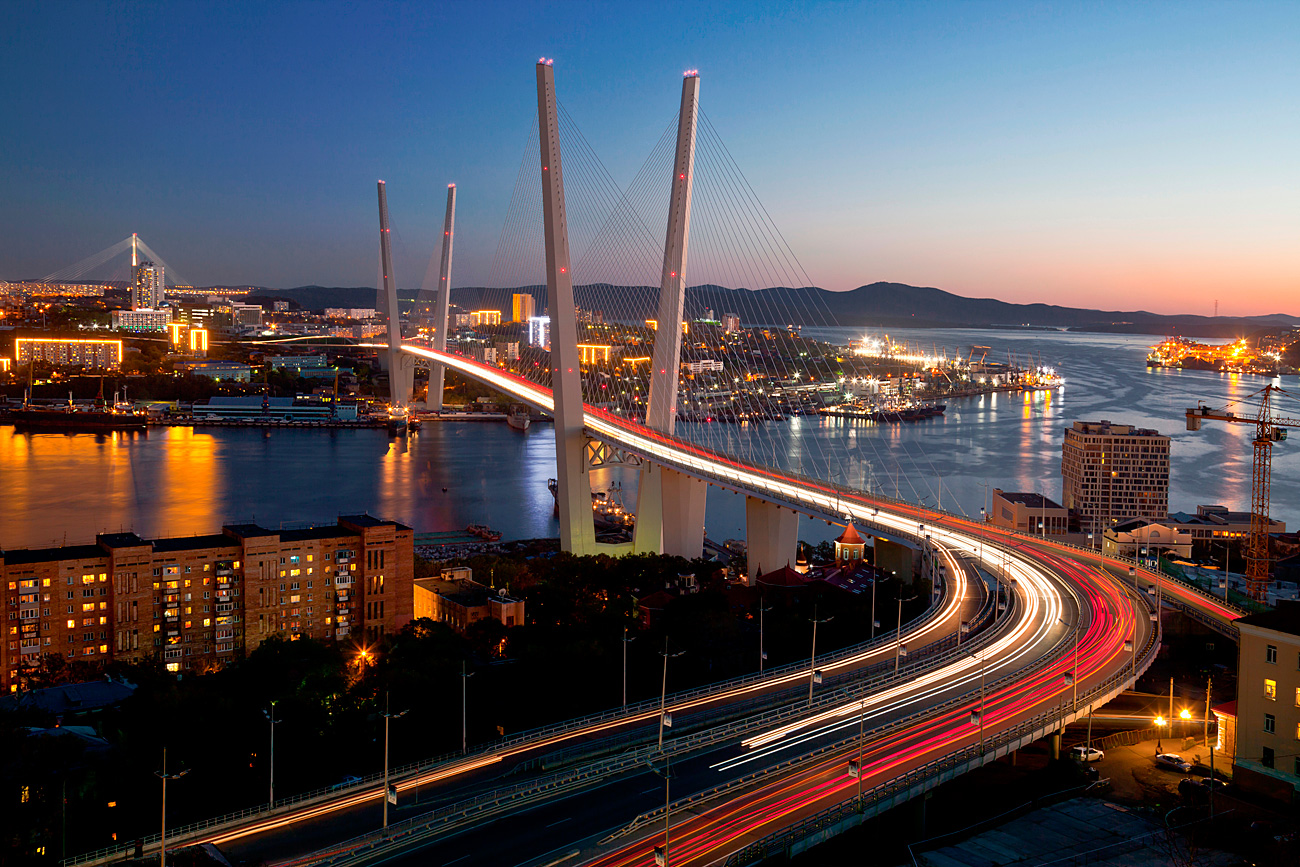 Vladivostok is not quite like other Russian cities: Its residents admire blooming sakuras, enjoy eating Asian food and spend their weekends in China. In summer, locals spend their free time on island beaches and go surfing. Coniferous trees in the taiga are entangled with lianas, and wild tigers roam beneath them.

To take a proper selfie in the "Russian San Francisco," you will have to climb high. The panorama point at the monument to Saints Cyril and Methodius on the Eagle's Nest Hill overlooks not only the signature bridge, but also the entire Golden Horn Bay. This spot is hardly ever crowded, so you can experiment with postures and swing your selfie stick in any direction until you find the desired angle.

Tip: If the weather isn’t great during the day, you should return here in the evening - the sunset on the sea and the evening lights will make your selfie a lot more attractive.

7.A fairy-tale castle on a mountain 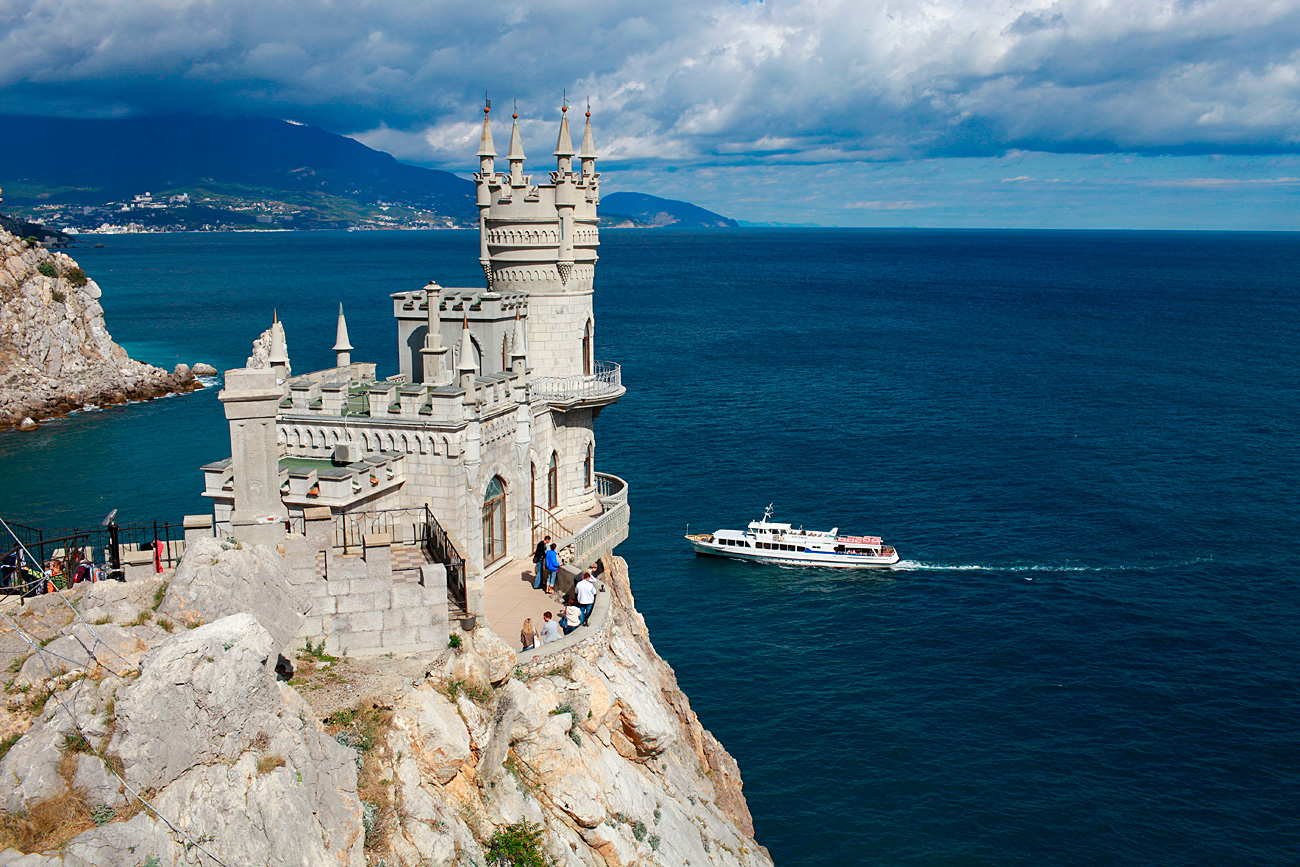 The panorama point of the Swallow's Nest owes its similarity to a medieval castle to a German oil producer, Baron von Steingel, who liked to take his vacations in Crimea and decided to build a romantic castle here in the early 20th century, not unlike the castles of his motherland.

To catch an unorthodox view of the Swallow's Nest, take a motorboat tour from a pier at the embankment in Yalta. The route passes the steep Aurora Cliff, crowned by the castle-shaped panorama point.