Your complete guide to UFOs, mysterious deaths and space-time anomalies in Russia 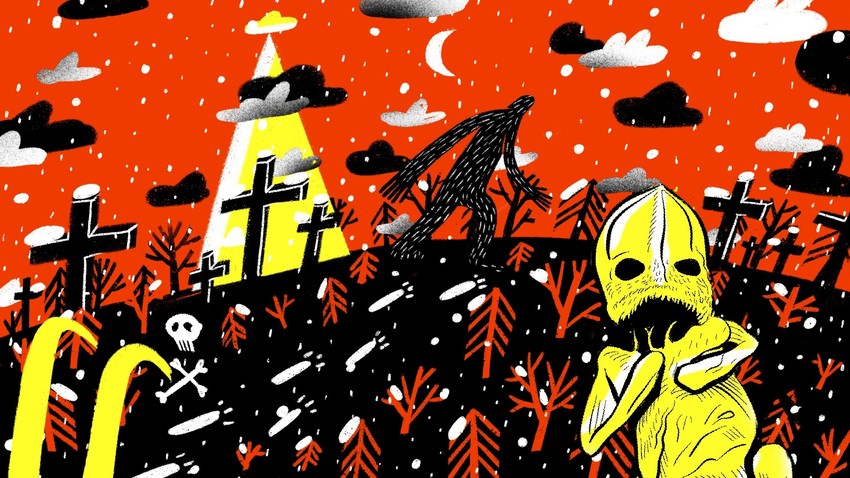 Varvara Grankova
Many of these mysteries remain unsolved. Could you be the one who finally sheds light on them? 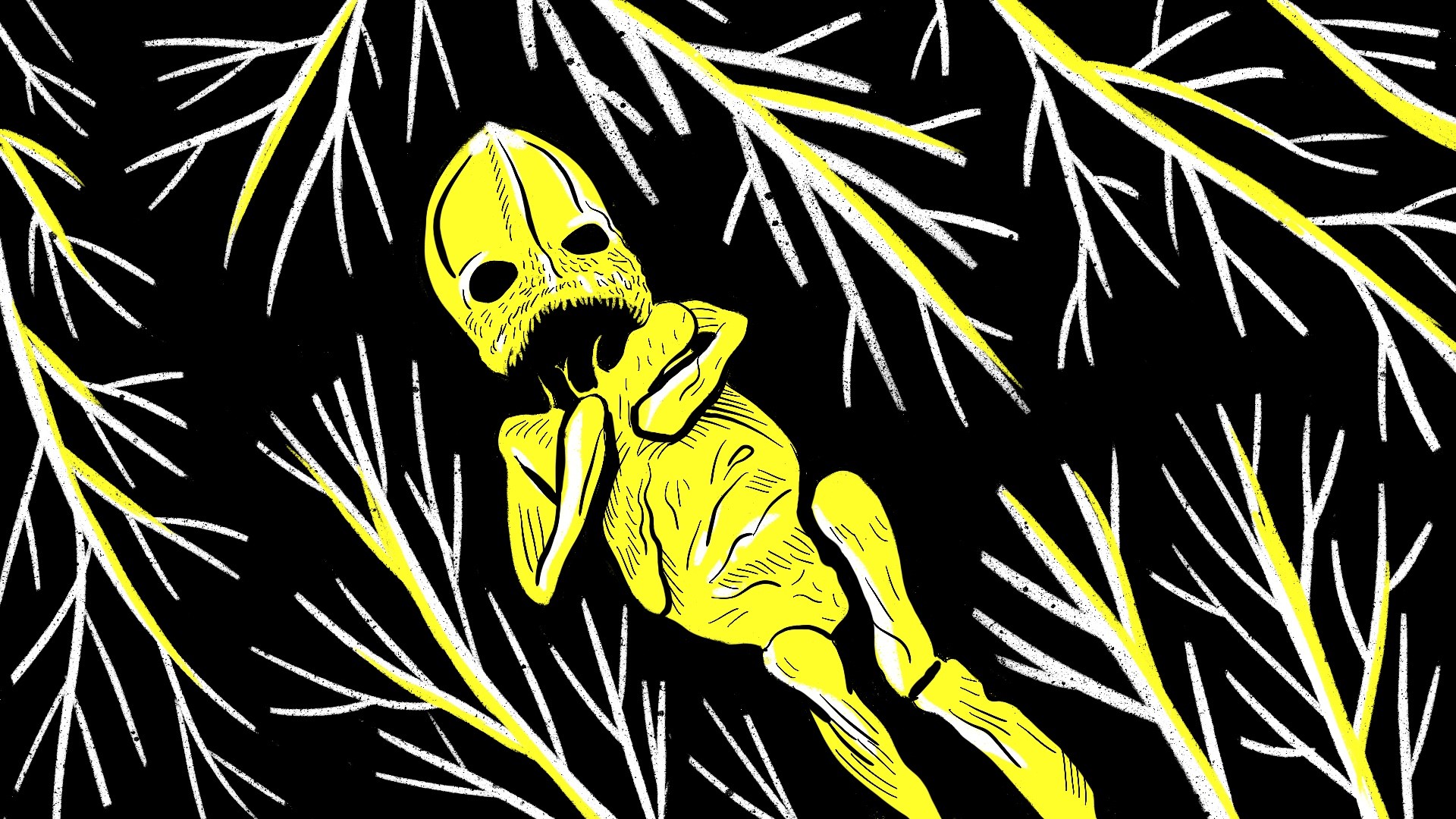 A mystical creature, considered a humanoid, was found in the woods near the small Ural region city of Kyshtym (1,764 km east of Moscow) in summer 1996.

It was first discovered by a woman who was later treated for schizophrenia — she adopted the creature as her “son” and even named it after her own son, Alyoshenka (short for Alexey).

Fellow residents were bewildered and confused about the humanoid’s origin. Did it come from space, was it an alien or just a terribly deformed human being? These questions haunted the city of Kyshtym and, later, the whole world.

Yet, when the “adopted mother” of the ‘Kyshtym Dwarf’ was hospitalised in a mental institution, Alyoshenka died and then the body changed multiple hands, before vanishing off the radar completely.

To this day, nobody knows if Alyoshenka was indeed an alien or where its body disappeared to. 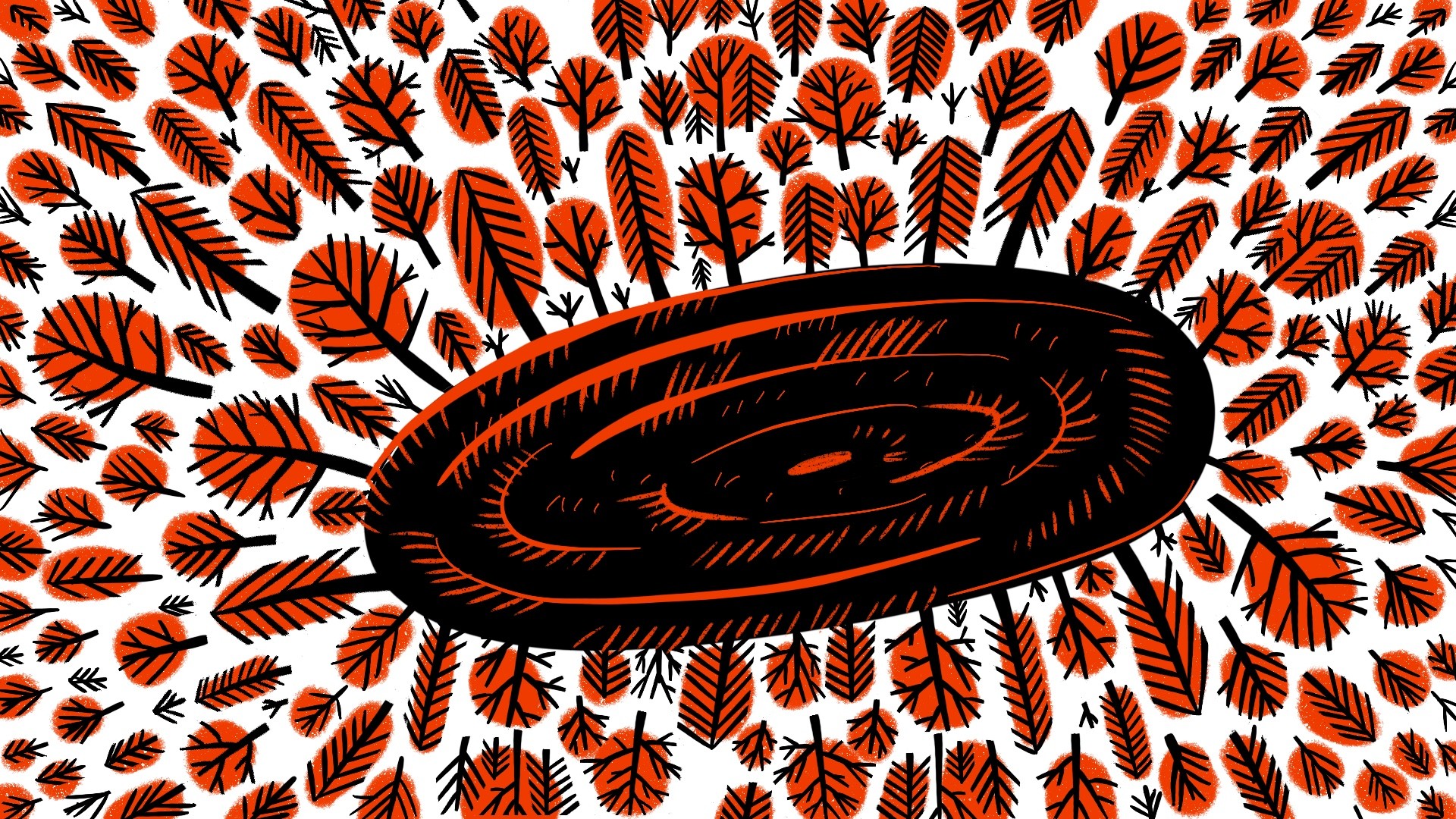 On June 30, 1908, an unknown object exploded in a desolate forest in Siberia. The damage caused was as powerful as the damage of a hydrogen bomb would have been: the forest mass surrounding the epicenter of the explosion was annihilated and magnetic storms raged throughout the entire Northern Hemisphere as a result.

The object (or its debris) that had caused the explosion was never discovered, despite numerous research expeditions to the area. Multiple theories about the cause of the explosion appeared throughout the years, varying from the Second Coming of Christ to a Nikola Tesla experiment gone wrong.

Some believe the massive explosion was caused by an ice comet that melted upon impact. Yet, in the absence of any conclusive evidence, the Tunguska explosion remains an unsolved mystery to this day. 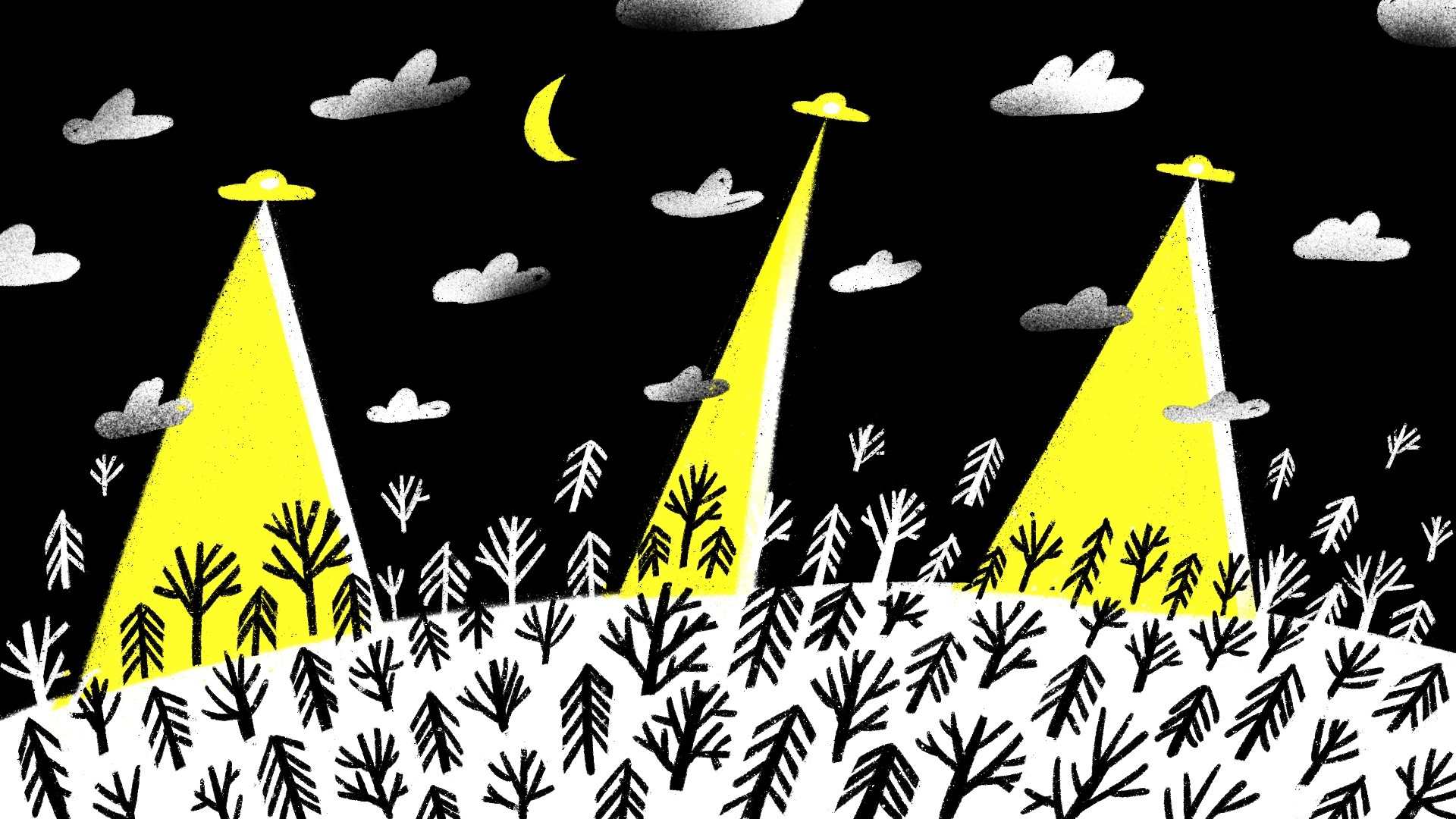 Akin to the Bermuda Triangle, the ‘M-Zone’, located in the Russian wilderness, is a subject of interest to ufologists all over the world.

The mysterious site is located in a dense forest in the Perm region. Visitors to the M-Zone, also known as the Perm Anomalous Zone, often report hallucinations, unusually elated or suppressed physical and mental state, as well as alleged sightings of UFOs and mysterious lights. Malfunctions of compass and electronics have also been reported.

Despite regular research missions to the site, its mystery has remained unsolved. 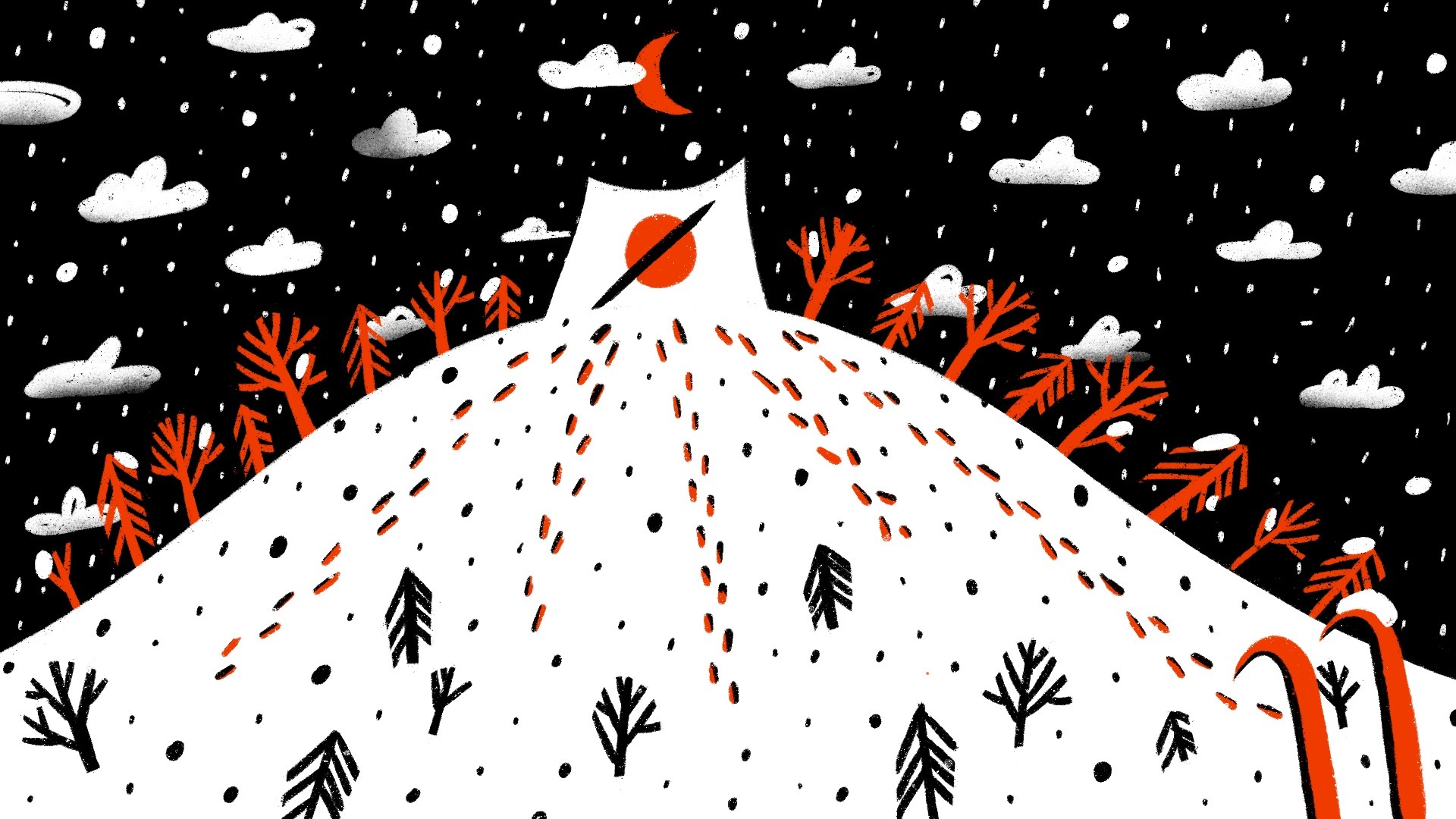 One night in February in 1959, a group of nine hikers died in the Northern Ural mountains in the most uncertain circumstances.

The official investigation concluded that “the cause of death was an unknown compelling force which the hikers were unable to overcome”. Apparently, something drove the hikers away from their tents in the middle of the night as their naked bodies were later discovered at some walking distance from their camp.

Multiple investigations by professionals and amateurs have never produced any conclusive results. That’s why the Dyatlov Pass Incident has captivated the imagination of mystery junkies all over the world. UFOs, Bigfoot, spy games, secret military tests and black magic have all been named as possible explanations of the mysterious tragedy. However, nobody knows for certain what happened to the nine experienced hikers who had gone on an expedition but never returned. 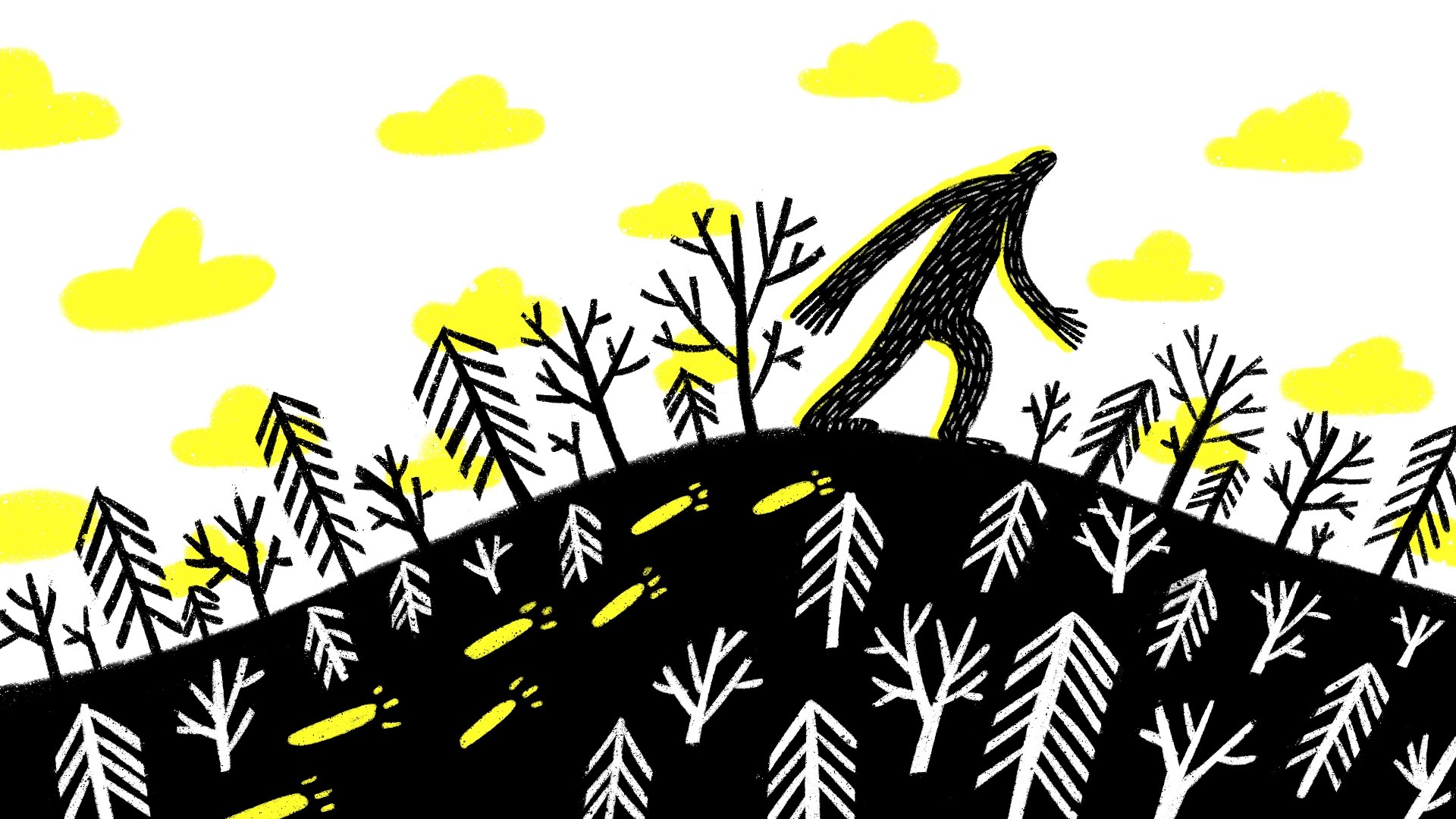 Stories about a huge, hulking monster who lives in the wilderness have been the stuff of folklore for centuries. In the USSR, too, the Abominable Snowman has been the subject of governmental research.

In the 1950s, a special commission was created by the Soviet Academy of Sciences in a bid to confirm Yeti’s existence. It conducted expeditions, but the whole thing was shut down when it failed to obtain any reliable evidence.

Nonetheless, there’s never been a lack of sightings of Yeti in Russia since then.

6. The hunt for Ivan the Terrible’s Library 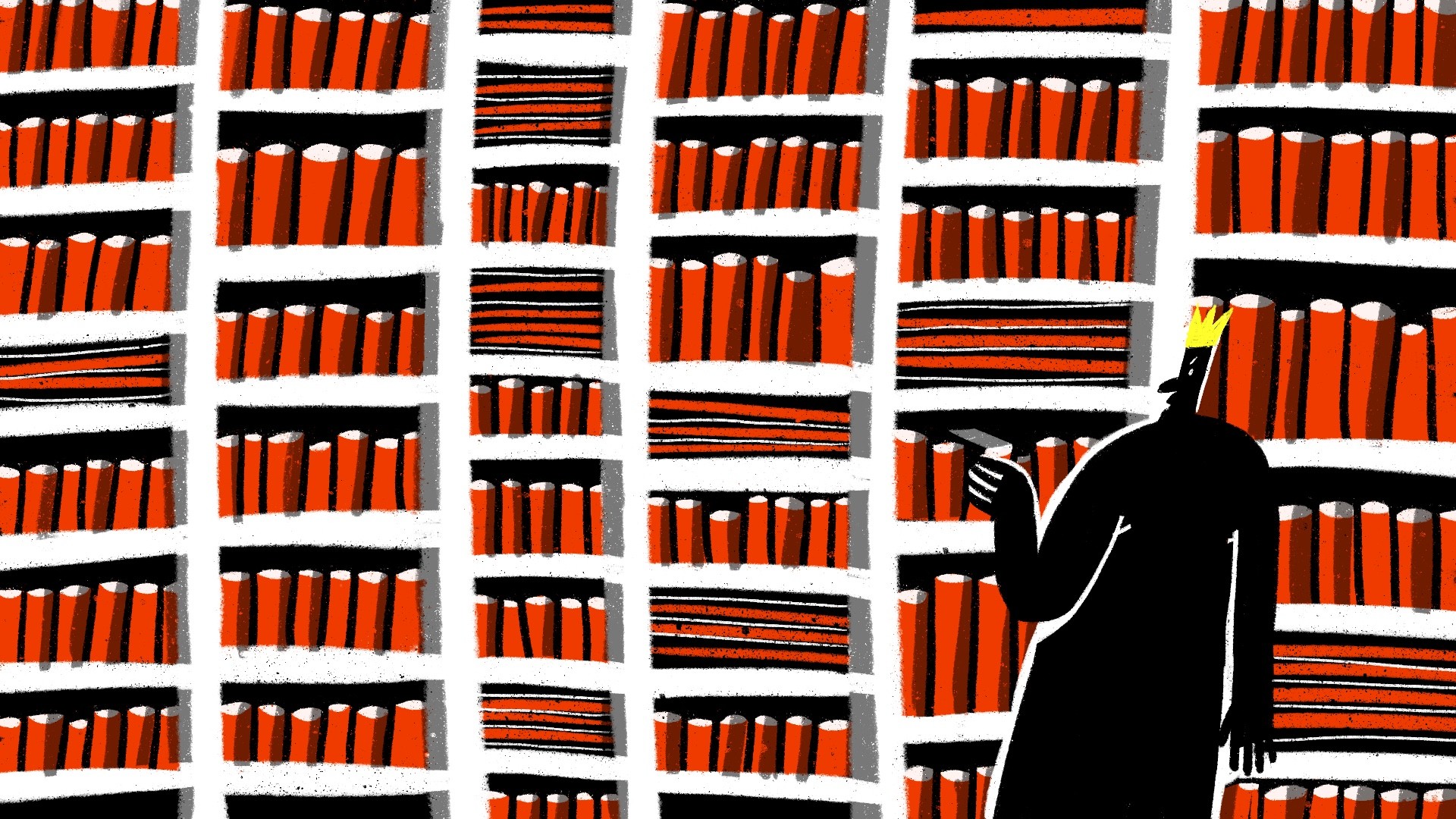 Legend has it that Sophia Palaiologina, the daughter of the last Byzantine emperor Constantine XI’s brother, brought a unique collection of precious manuscripts  from Rome to Russia, when she married Ivan III, the Grand Prince of Moscow.

The collection, hailed as the Holy Grail in the world of scientists and bookworms, is believed to contain lost and priceless ancient manuscripts and its potential discovery would make the lucky discoverer an international celebrity.

Tireless searchers have been looking for the lost library for years, but nobody has succeeded yet and others believe it’s all just a hoax. Yet, some conspiracy theories maintain that the library may still be intact, awaiting to be discovered somewhere in Moscow, in any other Russian city, or, maybe, even within the Kremlin. 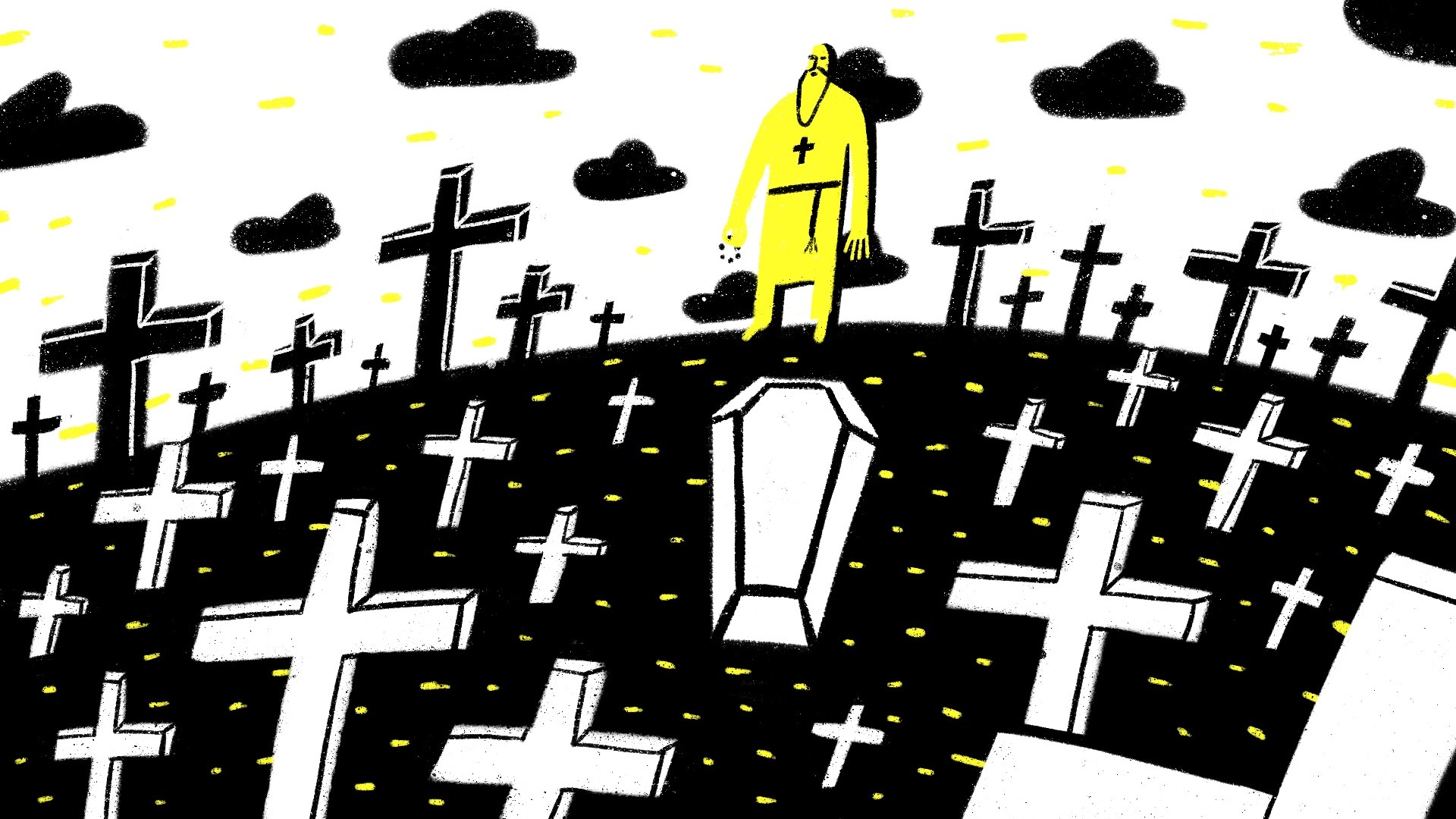 Alexander I was the emperor who led the Russian army in the war against Napoleon. During his reign, Russia crushed the French Empire and firmly established itself as one of the leading world powers, with its troops occupying Paris.

At the peak of this success, the sudden death of the 47-year-old healthy emperor from typhoid fever shook Russia. The emperor died in November 1825 in the city of Taganrog, about 600 miles south of Moscow.

Yet, something felt off about the death. Alexander’s body was in a closed coffin, and almost no one saw his face. Those who did said the deceased didn’t look like the emperor.

As Alexander became a stronger Orthodox Christian believer later in life and spent his days in prayer, letting his ministers run Russia, rumors about his alleged secret abdication and escape for solitary life under a fake identity of a monk spread fast. People even pinpointed a particular monk who might have been the emperor. 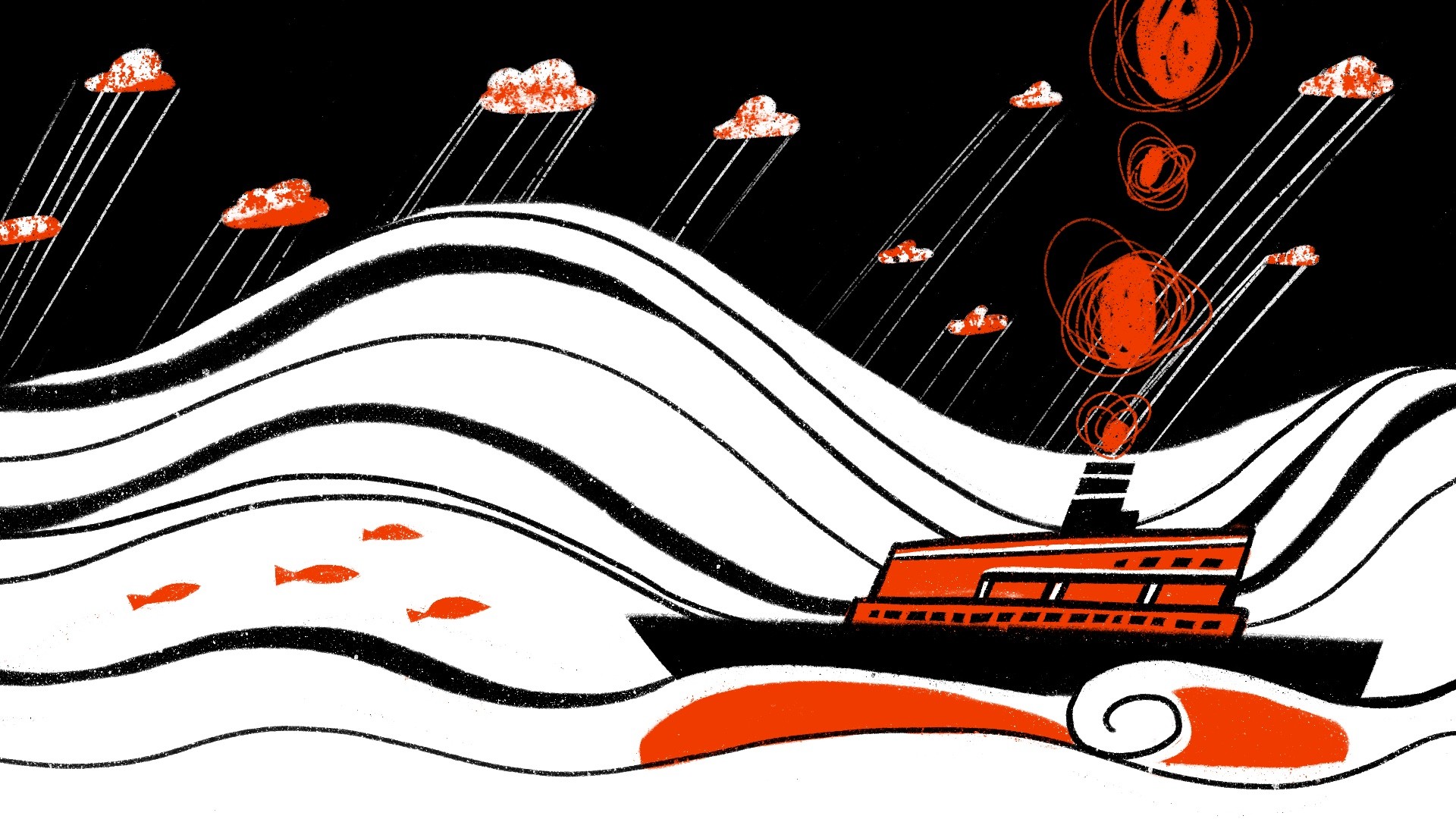 Cruise liner ‘Lyubov Orlova’' navigated the seas from 1976 to 1999, when its owning company went bankrupt. It was supposed to be transported to the Dominican Republic to be turned into scrap, but the ship was lost in the sea when the cables burst during a storm.

The ship then disappeared: four tons of steel with no lights and electronic systems spooked other sailors who were in danger of clashing with the giant in the dark of night. Orlova has since been lost forever and rumors of giant cannibal rats on board continue. Whether it sank or is still drifting somewhere in the ocean, the ship has been a subject of fascination ever since. 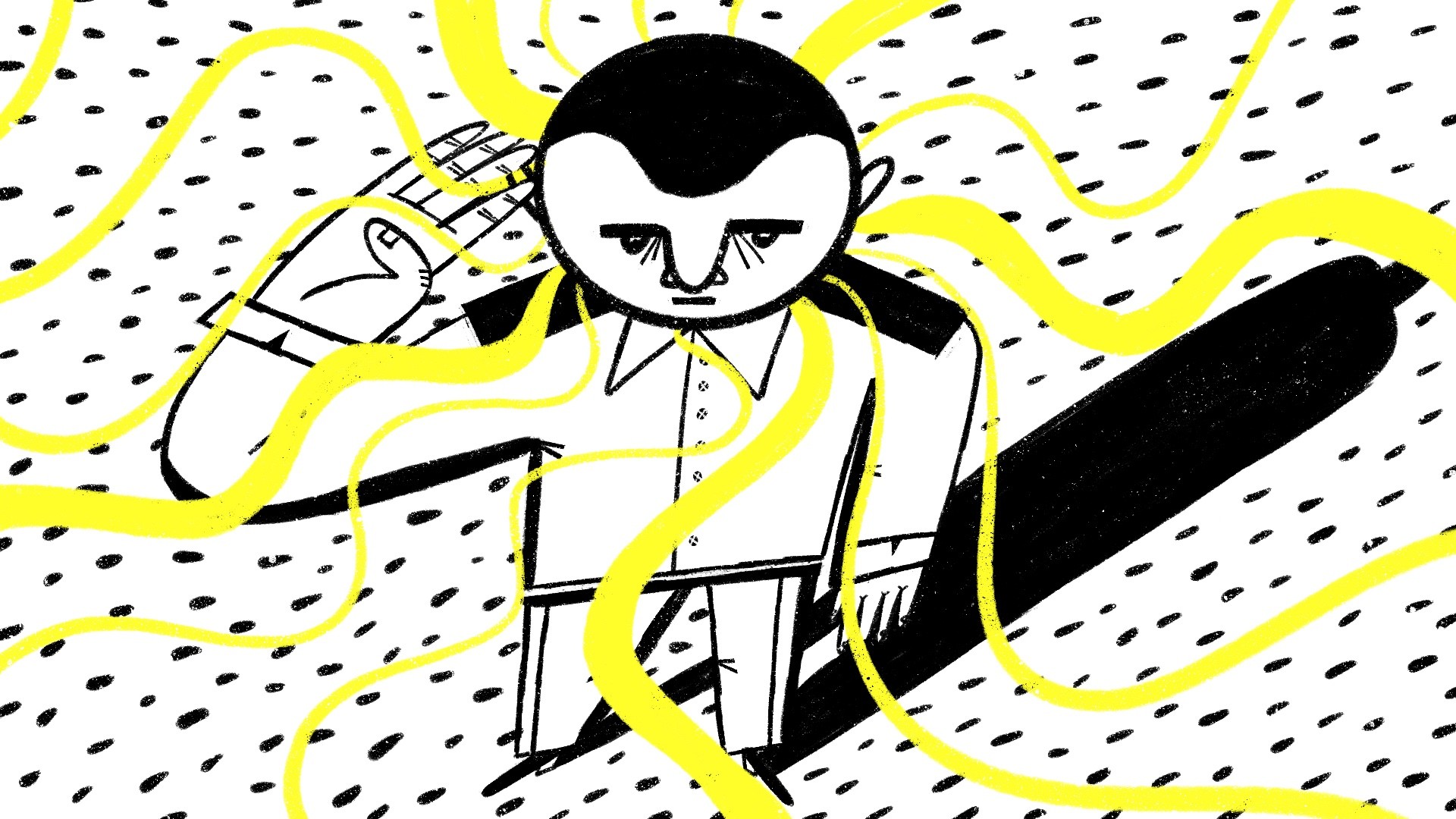 Since the 1980s, the Russian military has been developing the technique of meta-contact, non-verbal interrogation and reading minds. Or was it?

This audacious claim has appeared in an article in Armeysky Sbornik (“Army’s Digest”), the Russian Defence Ministry’s official magazine.

Although some thought the article was a hoax, many believe the Soviets scientists conducted experiments in the field of parapsychology to try to uncover phenomenal human powers. 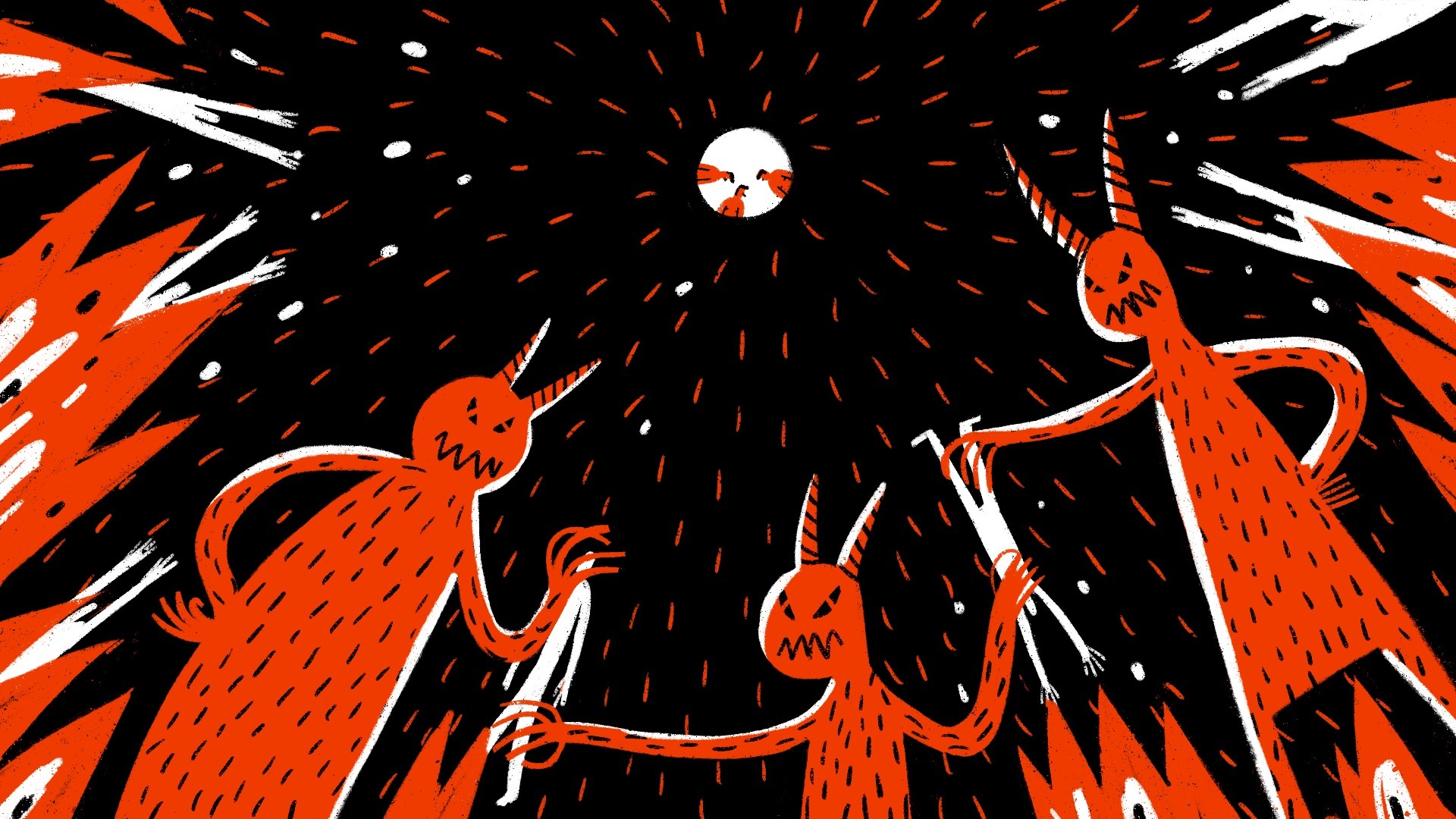 During the Soviet times, legend has it that a team of researchers and surveyors reportedly went to Siberia to test the ground for oil and other natural resources. They drilled a whole in the ground and were shocked to see the meters for depth and pressure give absurd readings: the temperature radiating out of the hole tested up to 2,000 degrees Fahrenheit (ca. 1,093°C).

Scientists also heard low, muffled noises coming from the hole itself. They lowered a microphone down the hole: an erratic noise flattened out into a low moan and the microphones started picking up screams that were unmistakably human.

Click here to read more about this and other spooky urban legends from the USSR. 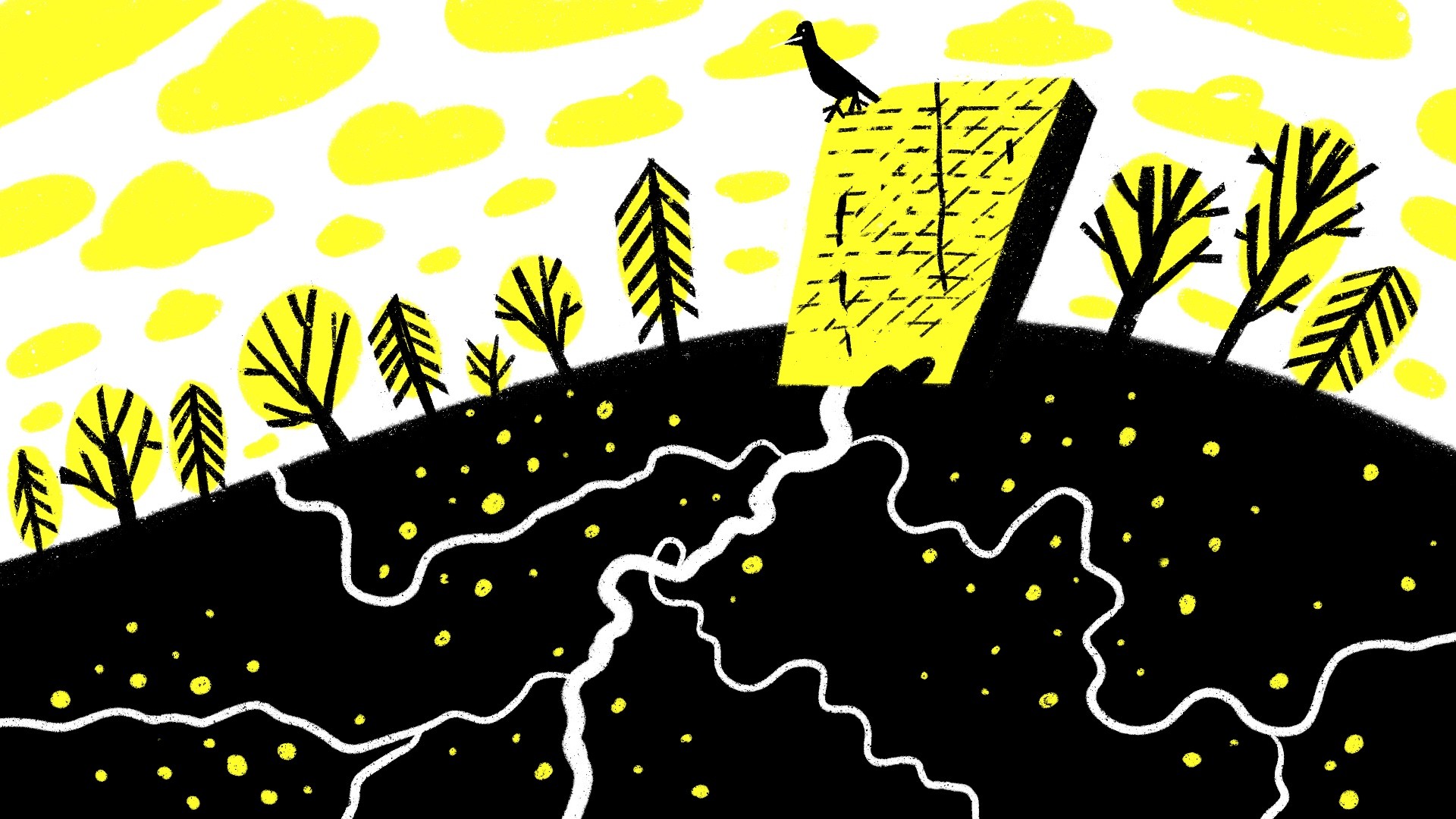 A mysterious stone was discovered in the South Urals in 1999. It appeared to be a detailed 3D map of the Urals region and could only have been done using aerial or satellite surveys. Canals, dams and dykes coincided with the actual terrain and were marked on the map, together with inscriptions in an unknown language.

The origin of the mysterious stone map remains unknown. 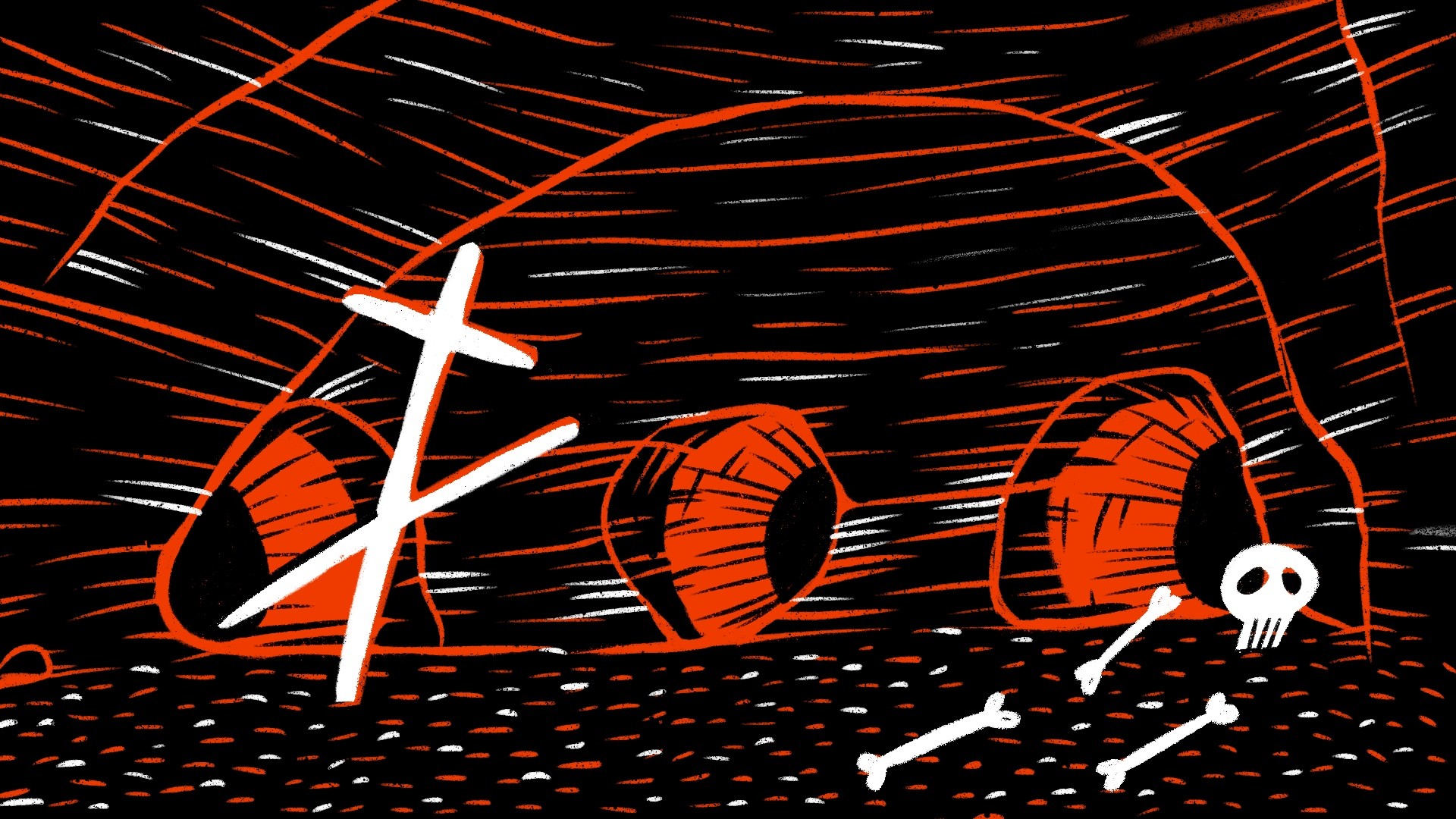 Sablino is an underground labyrinth located near St. Petersburg stretching dozens of kilometers. The caves are man-made: some believe the passages resulted from underground works to produce quartz, yet others claim the military made it. In any case, the kilometers-long network of mines and shafts is abandoned today.

Yet, it attracts a lot of adventure seekers, who believe the caves are a space-time anomaly. Numerous cases of disappearance in the Sablion caves have been reported. People might have got lost or been sucked down into the gooey mass. Or, maybe, these disappearances cases are even more sinister than that?

Click here for 3 of the most beguiling Soviet-era mysteries.