Classical Russian characters and the traditional dishes they ate

Russian Kitchen
Ekaterina Oparina
The Russian classics are such encyclopedias of traditional recipes that sometimes they can be read as cookbooks. We explore the culinary delights of 19th-century Russian literature with links to mouth-watering recipes. 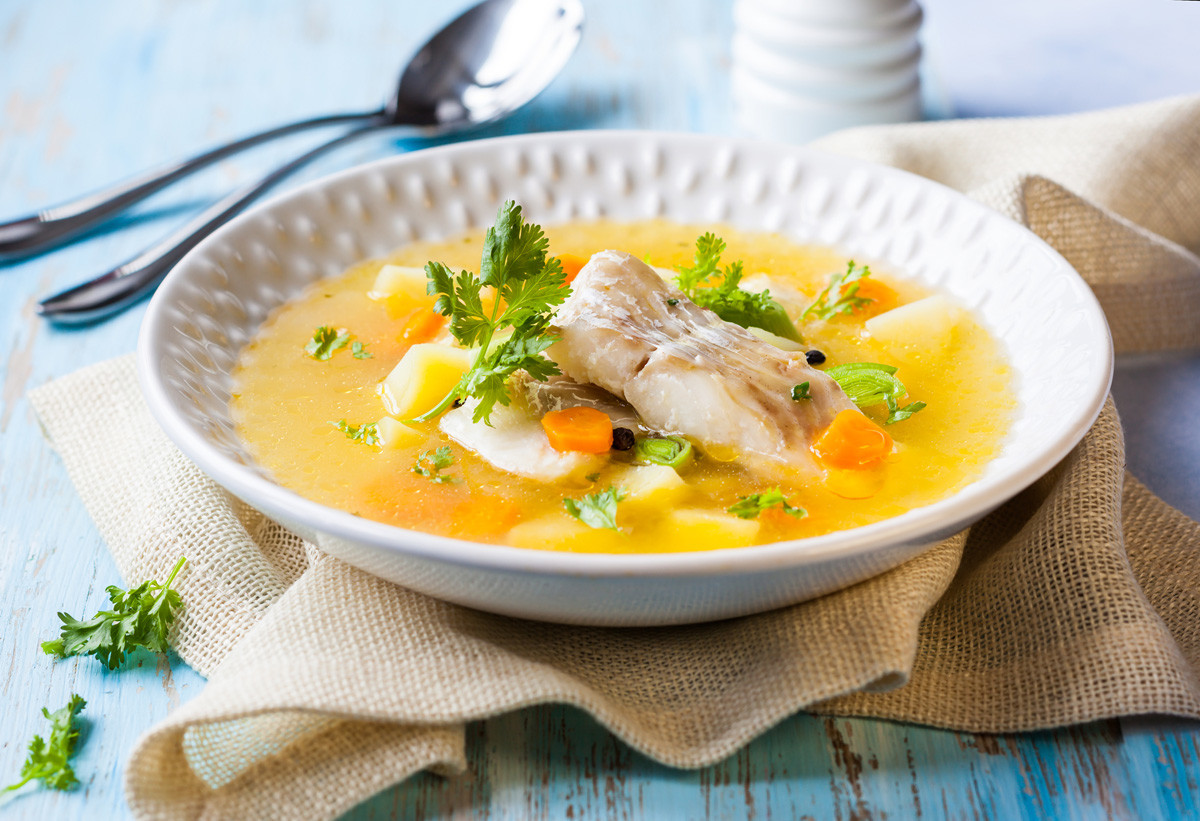 The hero of Pushkin’s self-styled “novel in verse” was a real gourmet – the poem describes all kinds of dishes popular with the Russian nobility in the early 19th century. If in the then capital St. Petersburg Onegin gave preference to European cuisine, in Moscow he relished traditional Russian fare. One of the dishes that Moscow treated him to is sterlet soup, which is not difficult to recreate today: You can cook genuine Russian ukha (fish soup) not only from sterlet, but other fish too.

The family of Onegin’s beloved Tatiana Larina also preferred Russian cuisine. In particular, Russian pancakes (in those days made exclusively with buckwheat flour) were served at their home during Maslenitsa (Shrovetide). The recipe for pancakes is simple, but the cooking process is quite involved. 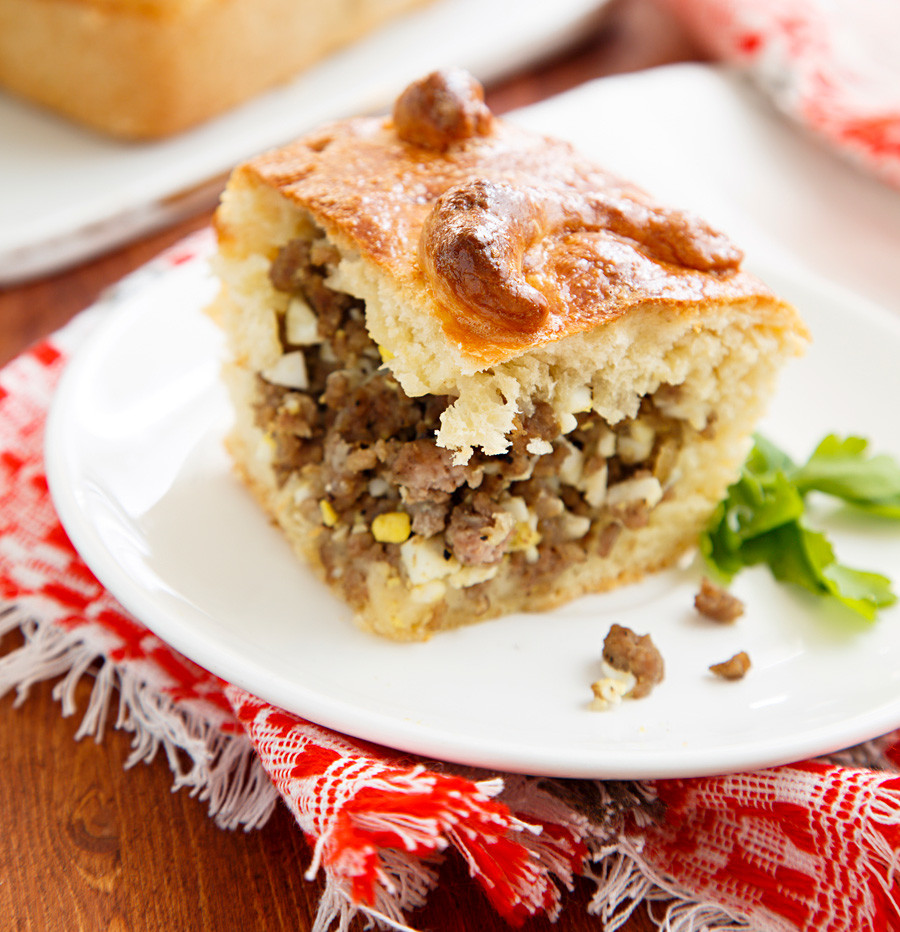 Kulebyaka is one of the most labor intensive pies to make.

Petr Petrovich Petukh – one of the landowners visited by Chichikov, the antihero of Gogol’s tragicomedy, on his quest to buy up “dead souls” (deceased serfs still on the census) – describes food as “a cure for boredom.” Petukh approaches the questions of lunch and dinner very meticulously indeed, as evidenced alone by the description of a kulebyaka (a type of pie) that he orders from his chefs:

“In the first place, make a pasty in four divisions. Into one of the divisions put the sturgeon’s cheeks and its dried spinal marrow, and into another division some buckwheat porridge, young mushrooms and onions, sweet milk, calves’ brains, and anything else that you may find suitable – anything else that you may have got handy. Also, bake the pastry to a nice brown on one side, and but lightly on the other. Yes, and, as to the underside, bake it so that it will be all juicy and flaky, so that it shall not crumble into bits, but melt in the mouth like the softest snow that ever you heard of...”

The above “recipe” might be problematic, but never fear, here’s a simpler alternative for making Russian kulebyaka.

3. Nikolai Gogol, The Night Before Christmas 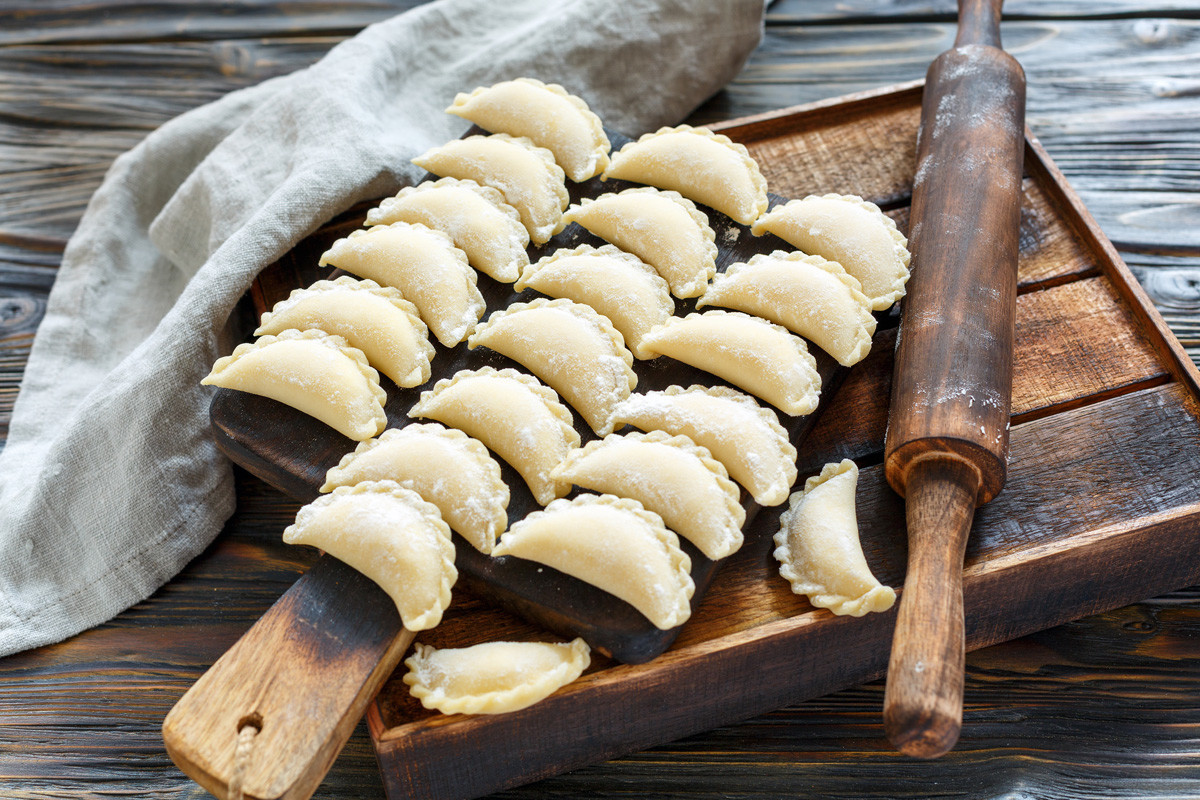 One of the heroes of Gogol’s tale The Night Before Christmas – the Cossack Patsyuk – ate truly magical vareniki (dumplings): Dipped in sour cream, they flew into the mouth all by themselves. Curd dumplings are primarily a Ukrainian dish, but are widespread in the southern part of Russia, too. Your homemade vareniki are unlikely to fly into your guests’ mouths (unless you throw them), but they won’t be any the worse for it. 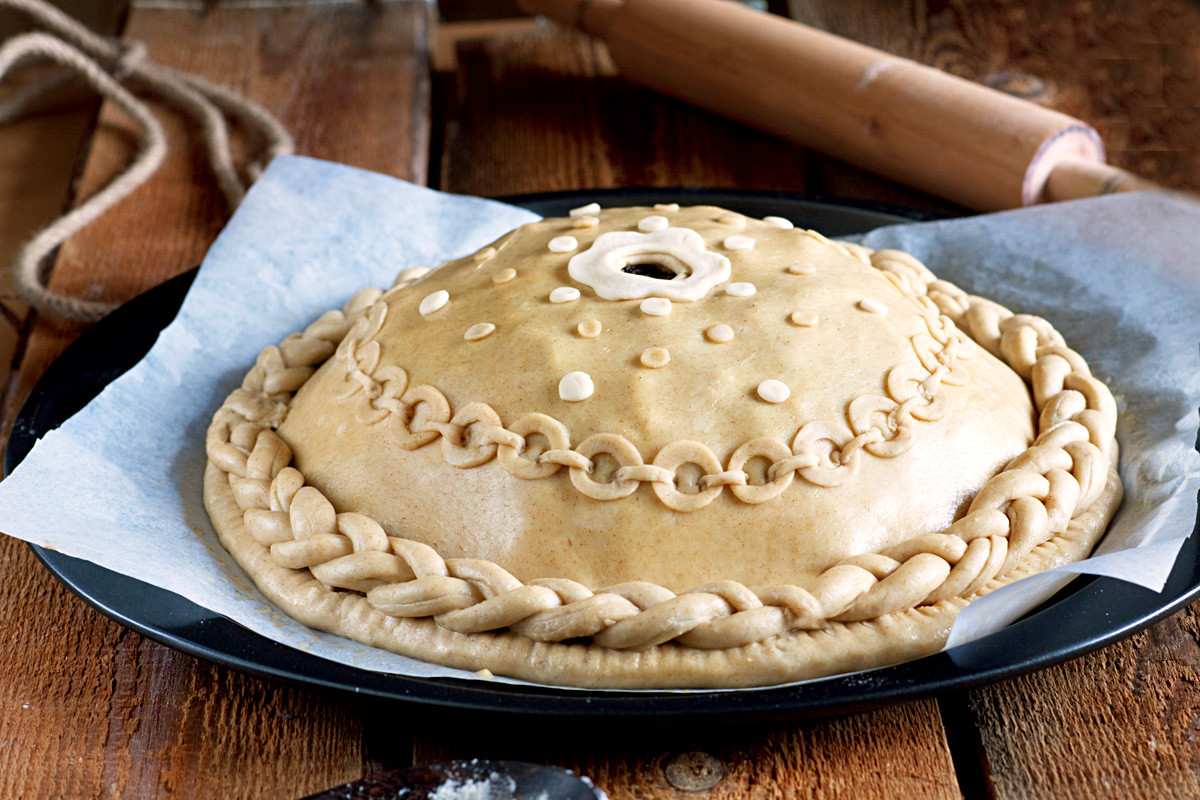 Eating is one of the most important activities in the life of the slothful Ilya Oblomov. The protagonist often recalls the dishes he ate as a child. For example, the “gargantuan pie” – which fed the family for a whole week. His wife, Agafya Pshenitsyna, ends up making him such a pie with chicken and mushrooms. Judging by the description, it is none other than a celebrated Russian kurnik.

Oblomov often muses out loud: “What honies, what kvasses were made in Oblomovka.” A recipe for kvass, a traditional Russian beverage made from rye bread, can be found here. 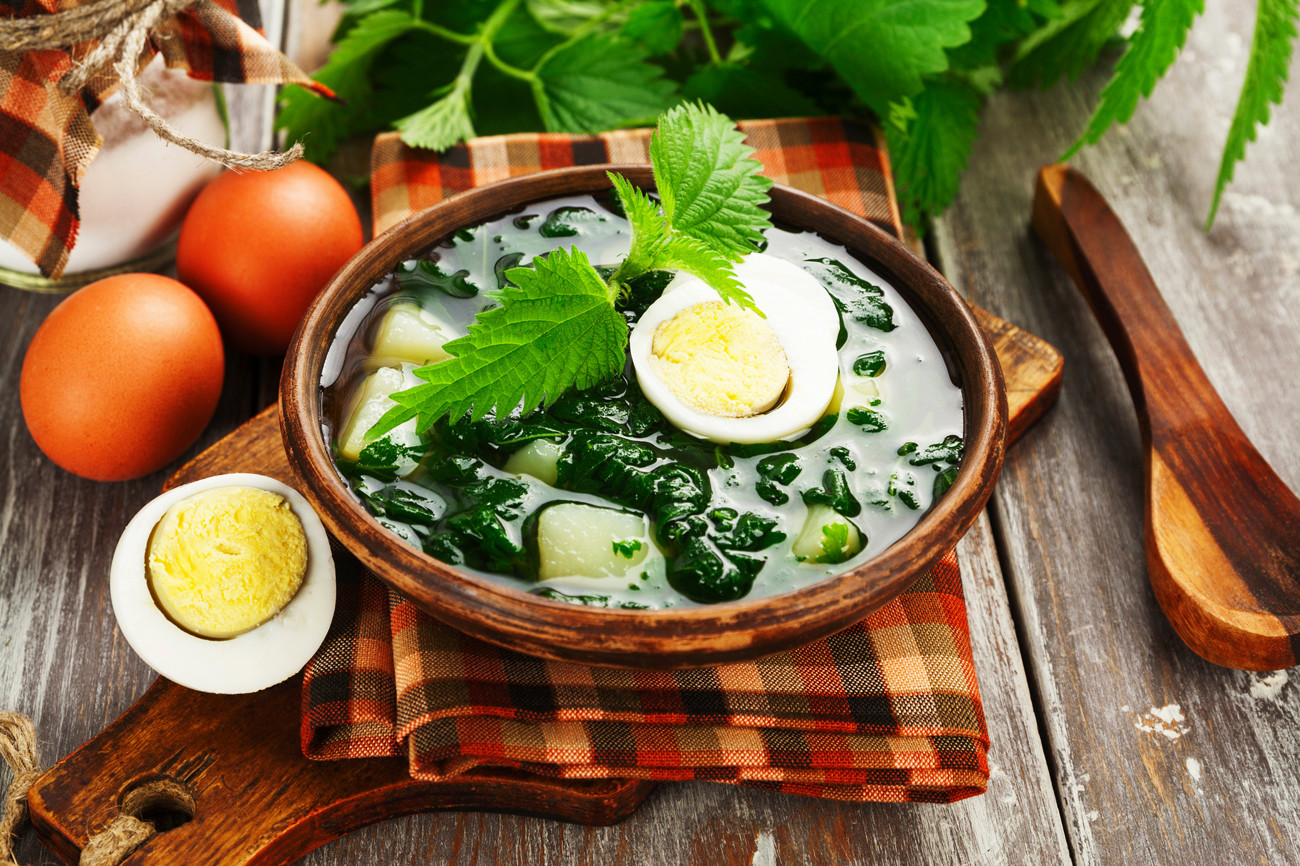 Although Stepan Oblonsky, the brother of the title character, prefers sophisticated dishes, on tasting the simple Russian food served at the house of his longtime friend Konstantin Levin, he is forced to admit that “everything was excellent and wonderful.” One of these “simple” dishes is nettle soup, which is especially popular in summer. The hardest part about preparing it is gathering the nettles without getting stung.

6. Mikhail Bulgakov, The Master and Margarita 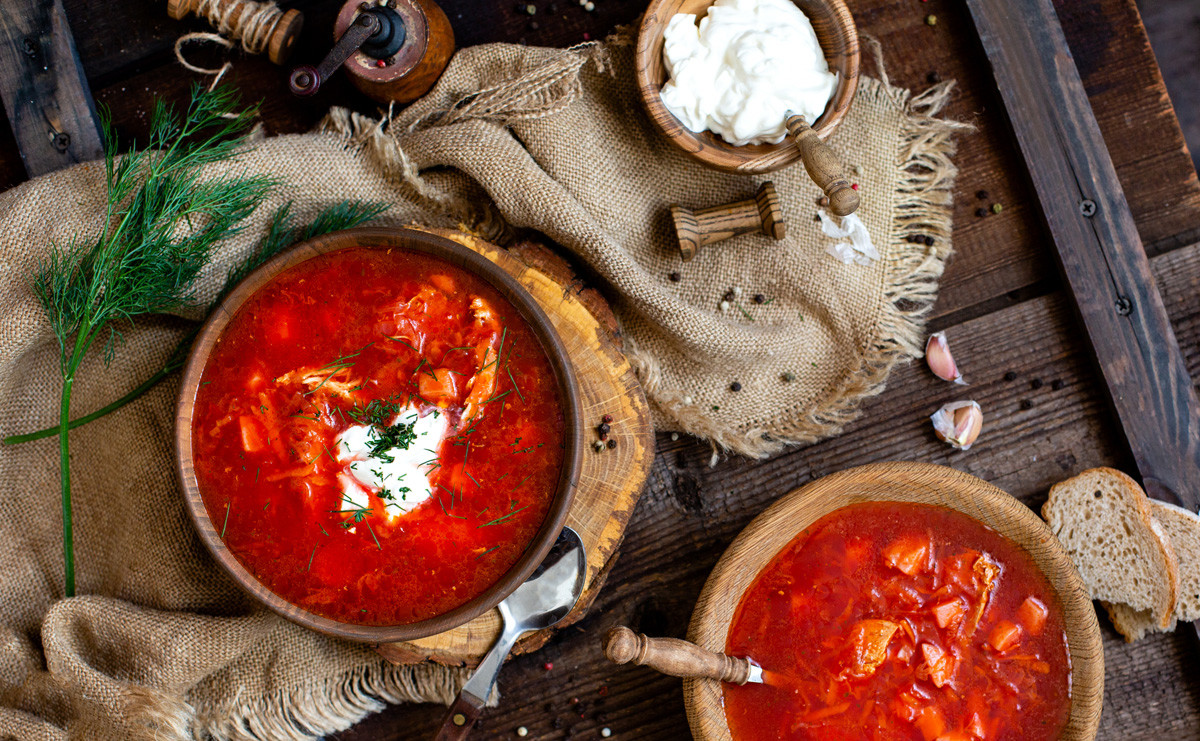 Bulgakov is one of those authors who wax so lyrical about food that the reader involuntarily starts to feel hungry. Even such unpretentious dishes as herring with onions or borsch become irresistibly appetizing in the words (and mouths) of Bulgarov and his characters. Preparing Russian borsch won’t cause any difficulties so long as you stick to the recipeand don’t forget the main component mentioned in the book – marrowbone. And cooking herring is an even easier kettle of fish, so to speak. 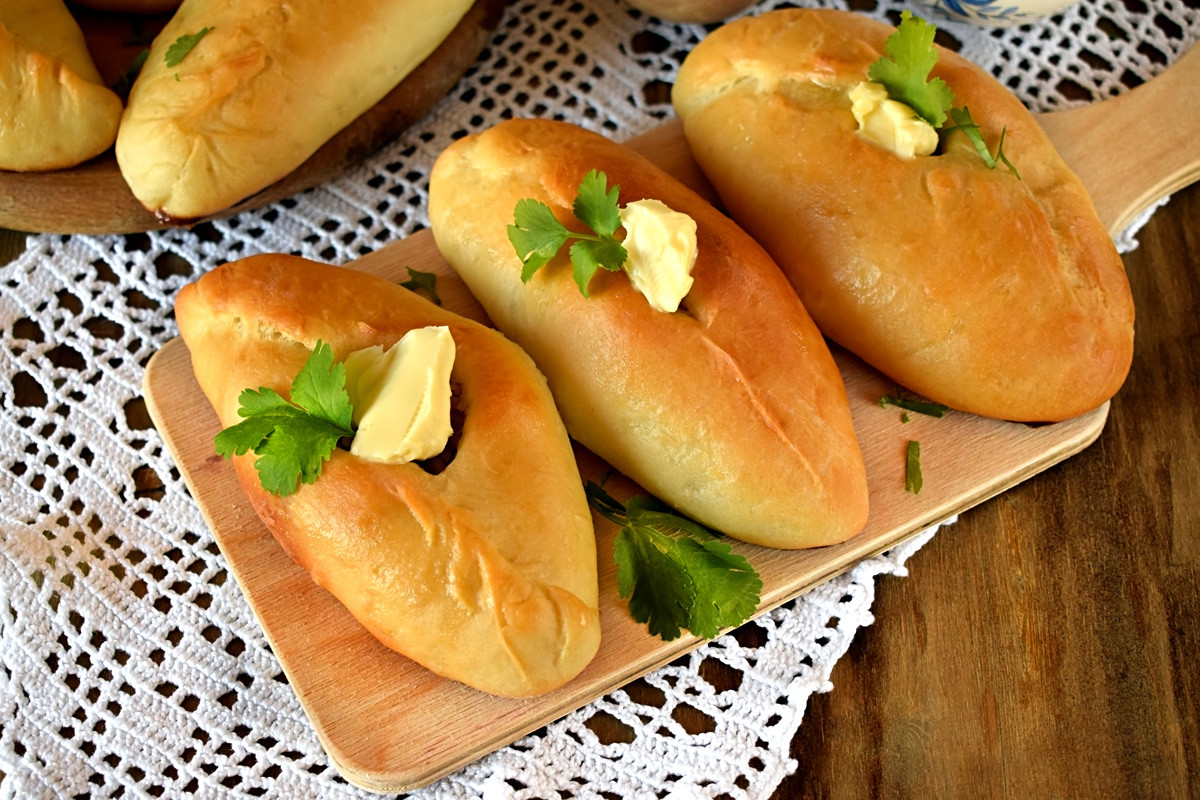 A firm favorite at the home of the Rostovs, one of the central families in War and Peace, is rasstegai (oblong filled pasties). The filling of these yeast dough pies is usually fish, although they can also contain meat, mushrooms, or carrots and eggs. A distinctive feature is the small opening on top. The traditional Russian recipe for rasstegai is doable by pretty much anyone. 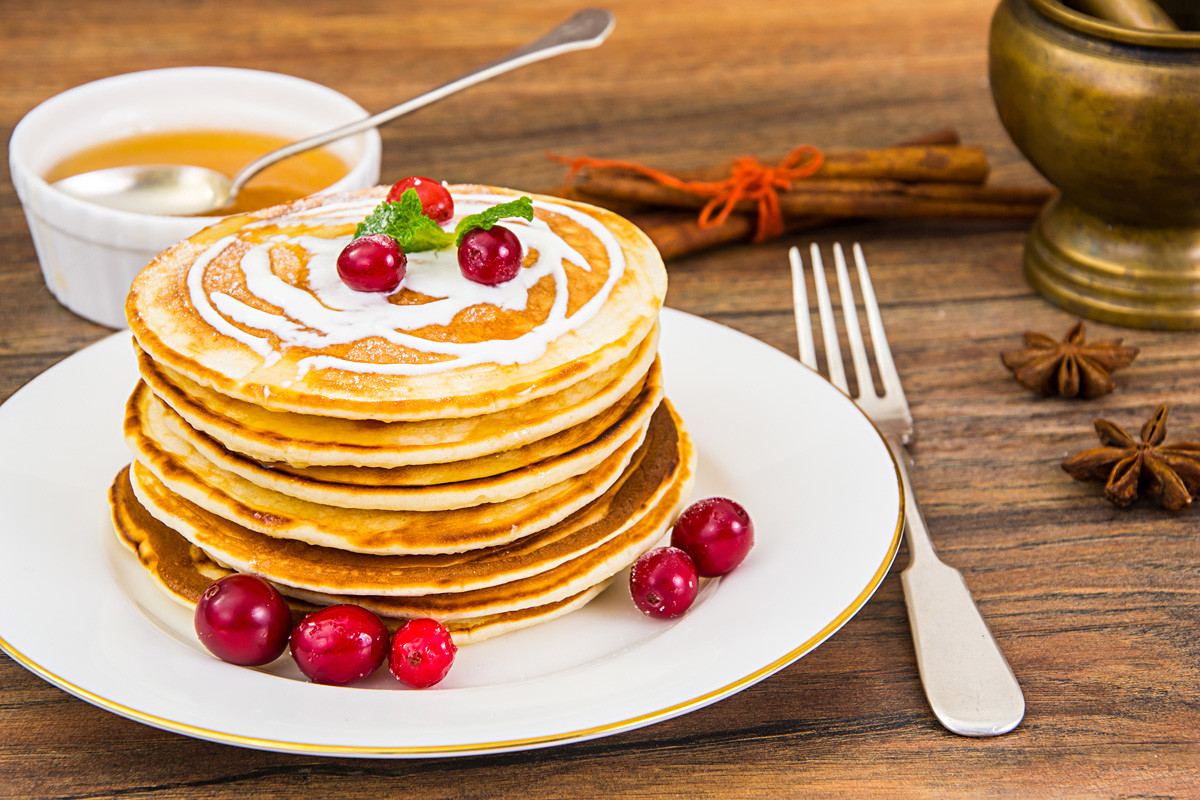 In one of Dostoevsky’s most famous novels, brunch in the house of General Yepanchin is described very colorfully. Varied and extremely filling, alongside light and sweet dishes, it included even cutlets and hot bouillon (clear soup). And, of course, space on the table had to be found for the general’s beloved pancakes. Fluffy sweet pancakes still make for a great breakfast today. But these days in Russia, cutlets and bouillon are most often served at lunch or later. 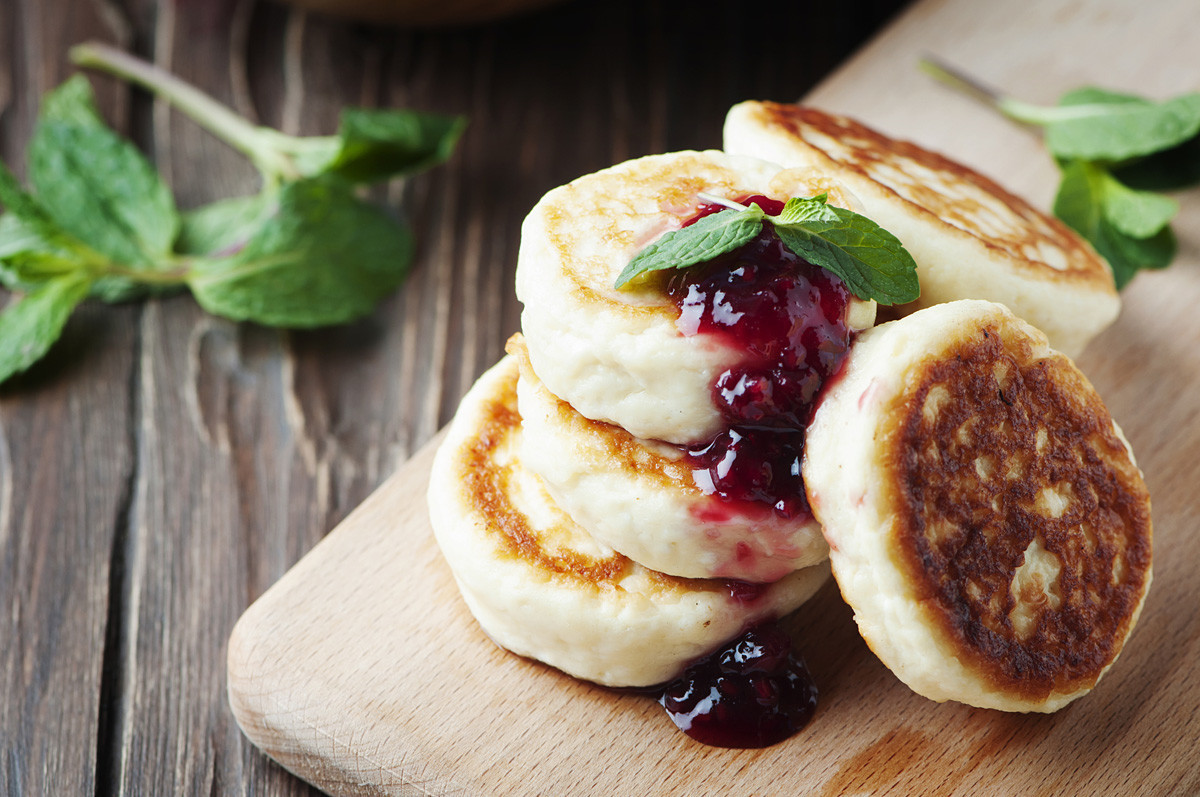 The central figures in the novel, Fimushka and Fomushka Subochev, are Old Believers living according to 18th-century traditions. Not surprisingly, the couple prefer age-old Russian dishes for lunch, which are always served on the table at noon on the dot. Despite being old (both the recipes and the couple), the diversity of the fare would amaze even the most avid gourmet. On the menu is rassolnik (soup with the added cereal and pickles, still a favorite in Russia), solyanka (a rich high-calorie soup with different types of meat, for which there are countless recipes), and even syrniki (curd pancakes), which today are almost only eaten for breakfast. That said, you can get acquainted with the recipe for classic syrniki at any time of day (or night). 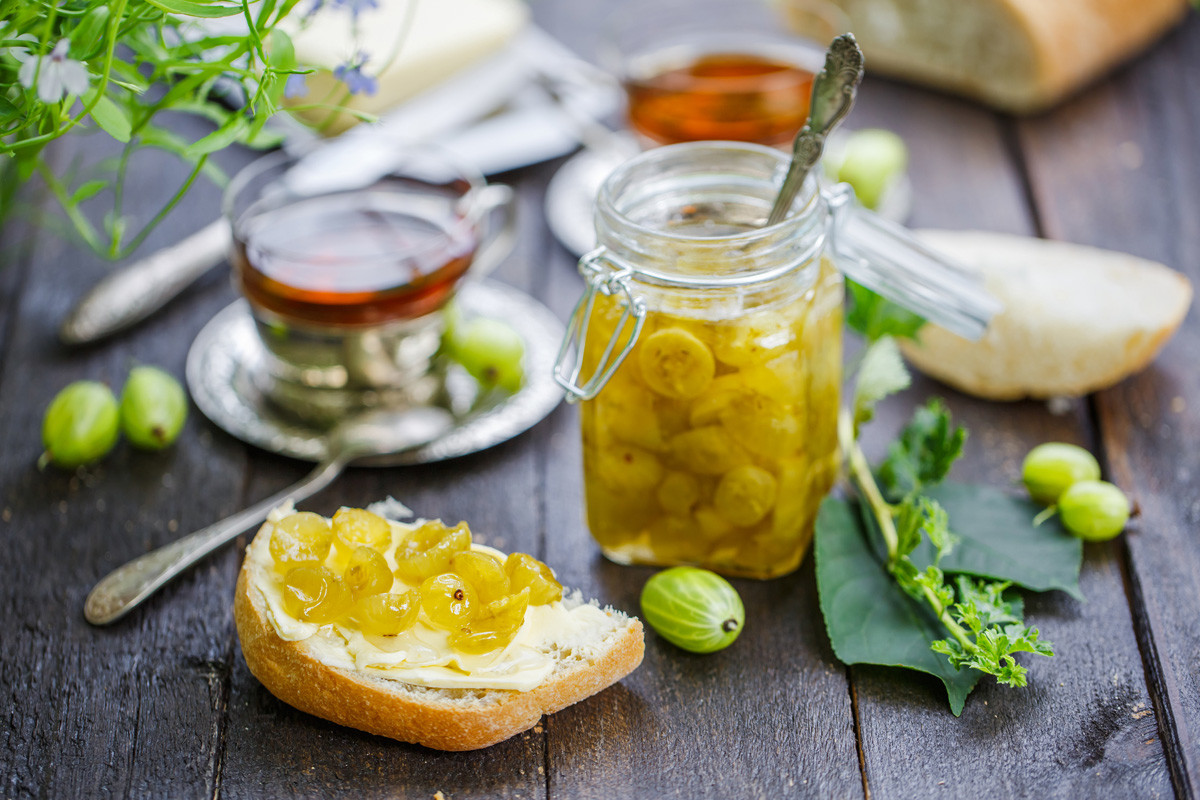 Turgenev himself was very fond of jam, especially gooseberry. He imparted this love to his fictional characters. In particular, this sticky delight was ever-present in the house of the Kirsanovs, the protagonists of the novel Fathers and Sons. The father of the family, Nikolai Petrovich, is a particular aficionado of gooseberry jam and cannot imagine tea without it. You can taste this literary delicacy for yourself by following one of our finger-licking recipes.