Travel
Tomas Verdier
Personal Archive, Natalia Nosova
As you traverse Russia, the architecture, landscapes - and even faces - change, showing the country's incredible diversity. The Frenchman, Tomas Verdier, went from Kaliningrad to Vladivostok, and back, all in his van. He shared his incredible experience with us. 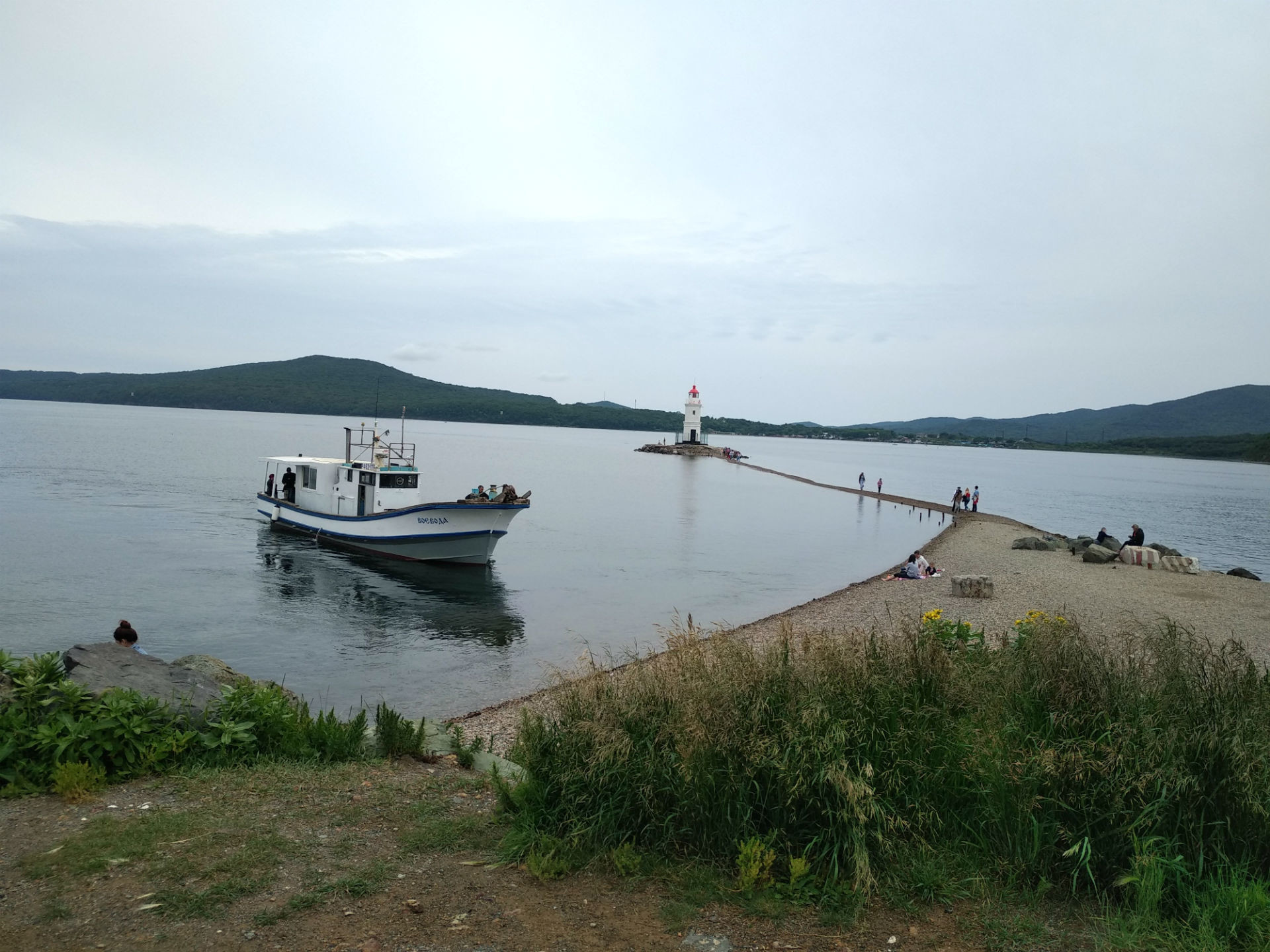 I come from a small village in the West of France. As a delivery driver I travel around 12,000 or 13,000 kilometers each month in my country. Since I’ve always wanted to visit Russia, and that it’s also the only country where you can travel in a straight line such vast distances, I decided to undertake a journey to Vladivostok with my own vehicle.

On one hand, the idea of visiting Russia had been in my mind for a long time, I was just put off by the bureaucracy – it just seemed too complicated. On the other, I had trouble estimating the budget for this kind of expedition. I eventually decided I should leave now, or else I would never go. 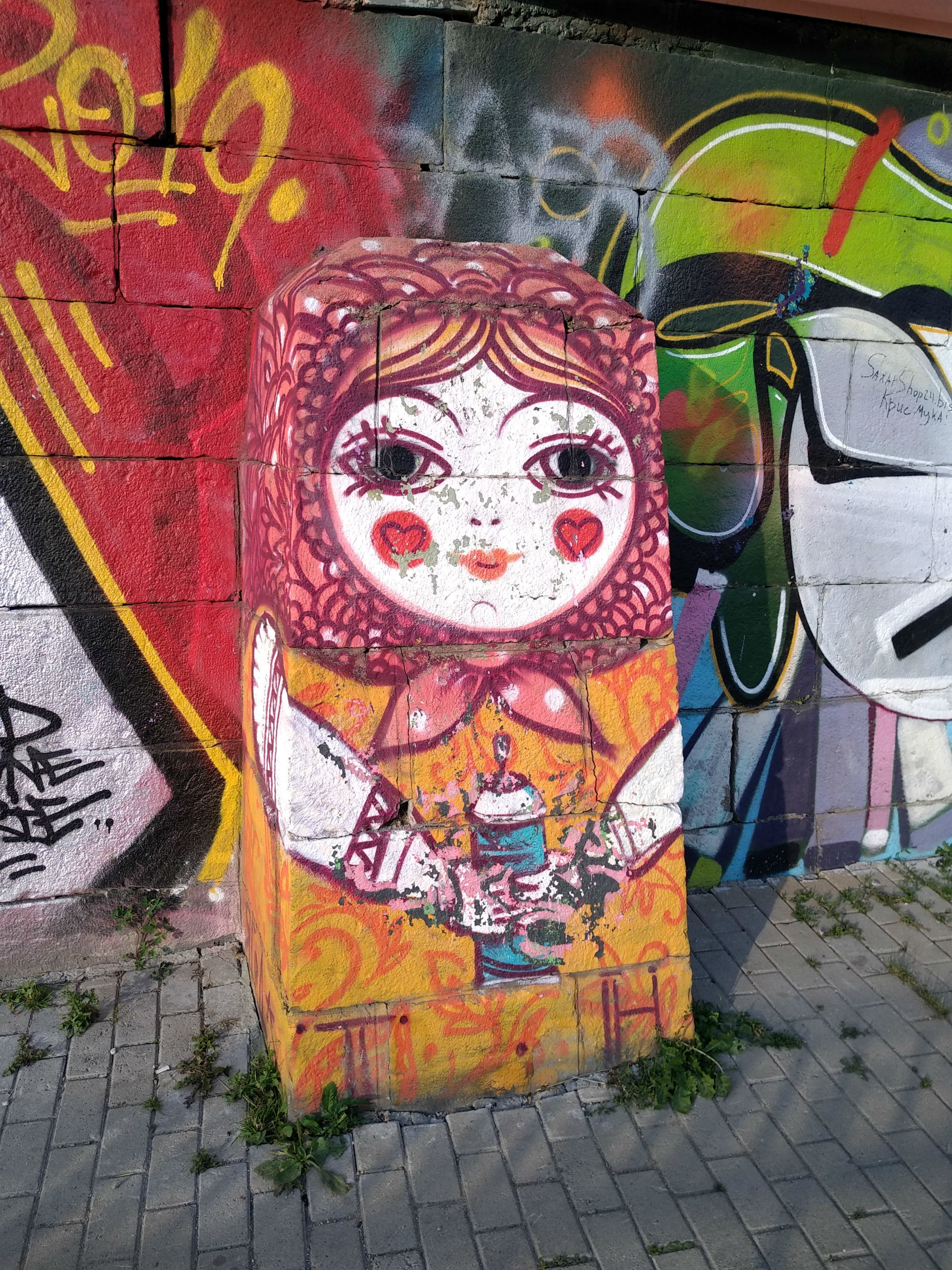 Apart from having my visa done and doing the car maintenance, I didn’t really prepare anything. I just knew I was heading to Vladivostok. I bought a Russian SIM card to have Internet access, and along the way I’d check what the must-sees were. I certainly missed some interesting spots, but I still was able to discover a lot.

I entered Russian territory by night at Narva (Estonia). At border control I understood how difficult it would be to communicate since I didn’t speak any Russian except for the basics - and few people spoke English. I was tired and my first impression was to notice that most cars were equipped with fog lights… I was blinded, couldn’t see a thing, and my car kept hitting potholes. I sure got used to it, but I got off to a rough start. 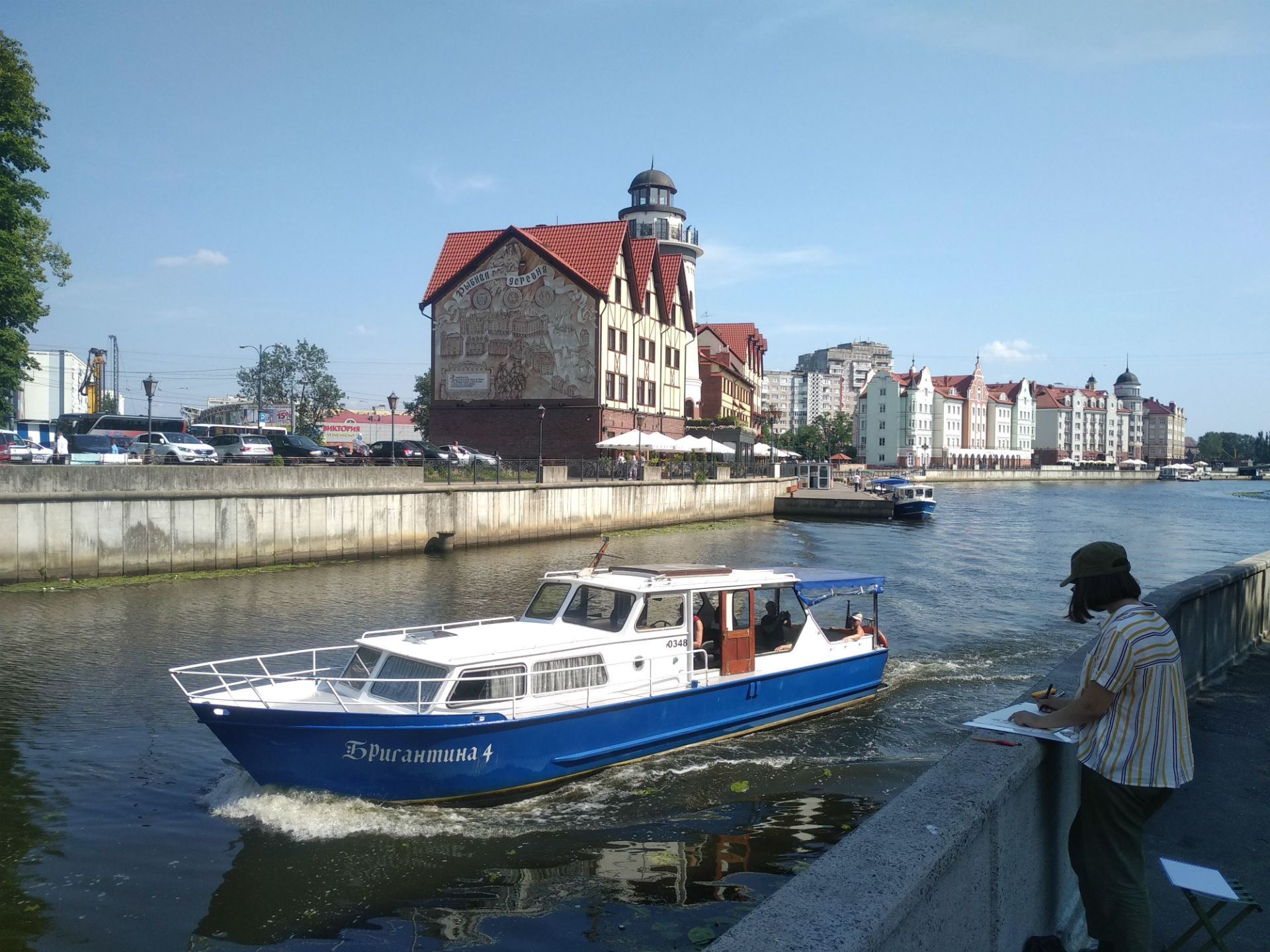 Overall, and including Kaliningrad, I spent 44 days on Russian territory. Which cities did I visit? So many… I started from Kaliningrad, then up to Peterhof and Petrozavodsk, down to Semyonov, to finally end up driving towards Vladivostok.

I was really impressed by the size of Russia. Being French, it was mind-blowing to see a direction sign saying: “Irkutsk – 2,500 km”. 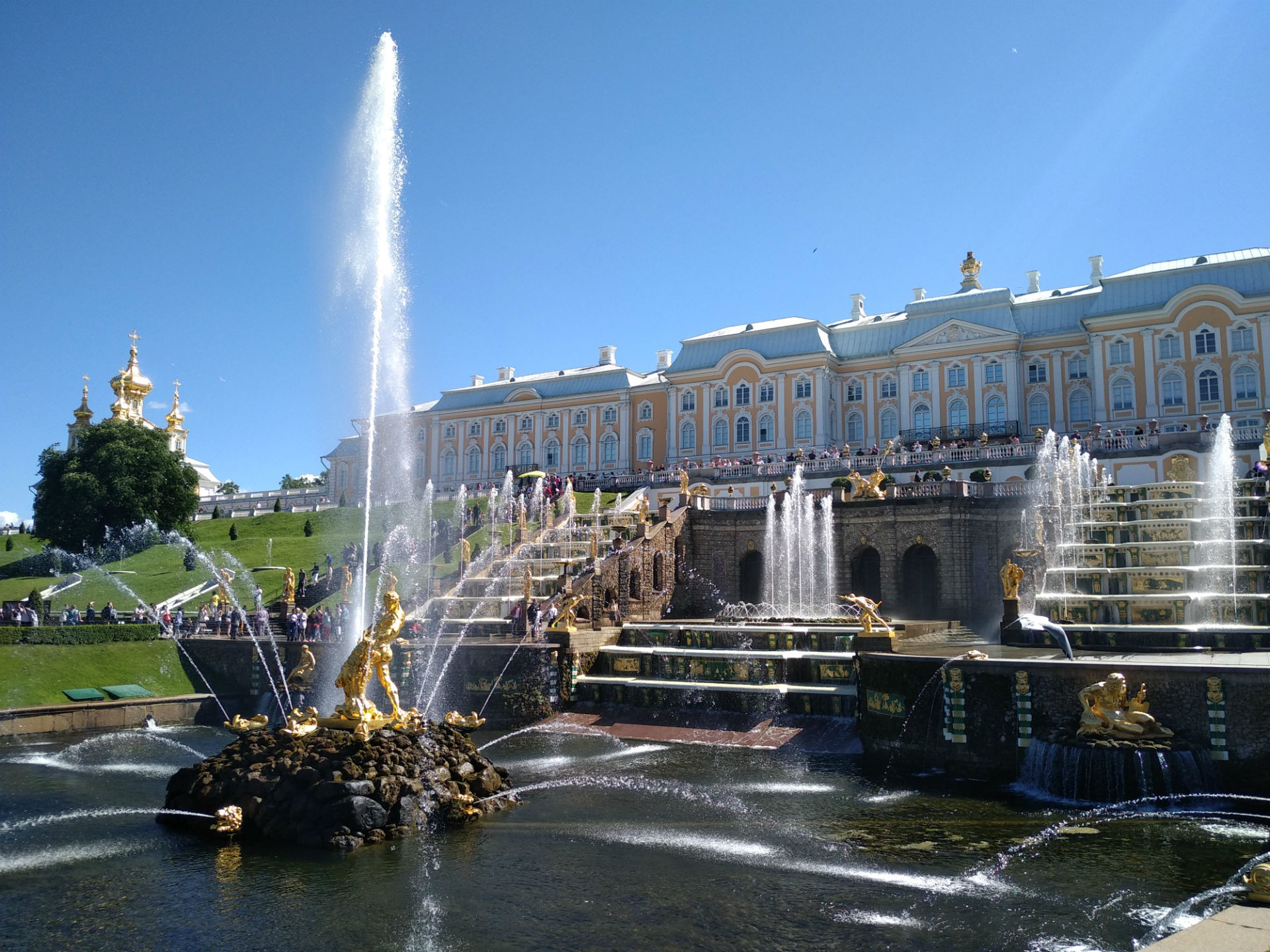 I was quite fond of Peterhof – I had listened to several podcasts about the palace and was happy to finally get the chance to visit it. I also loved Kizhi Pogost, as well as cities like Ulan-Ude. It’s surprising to feel being out of Russia, yet surrounded by Russians. 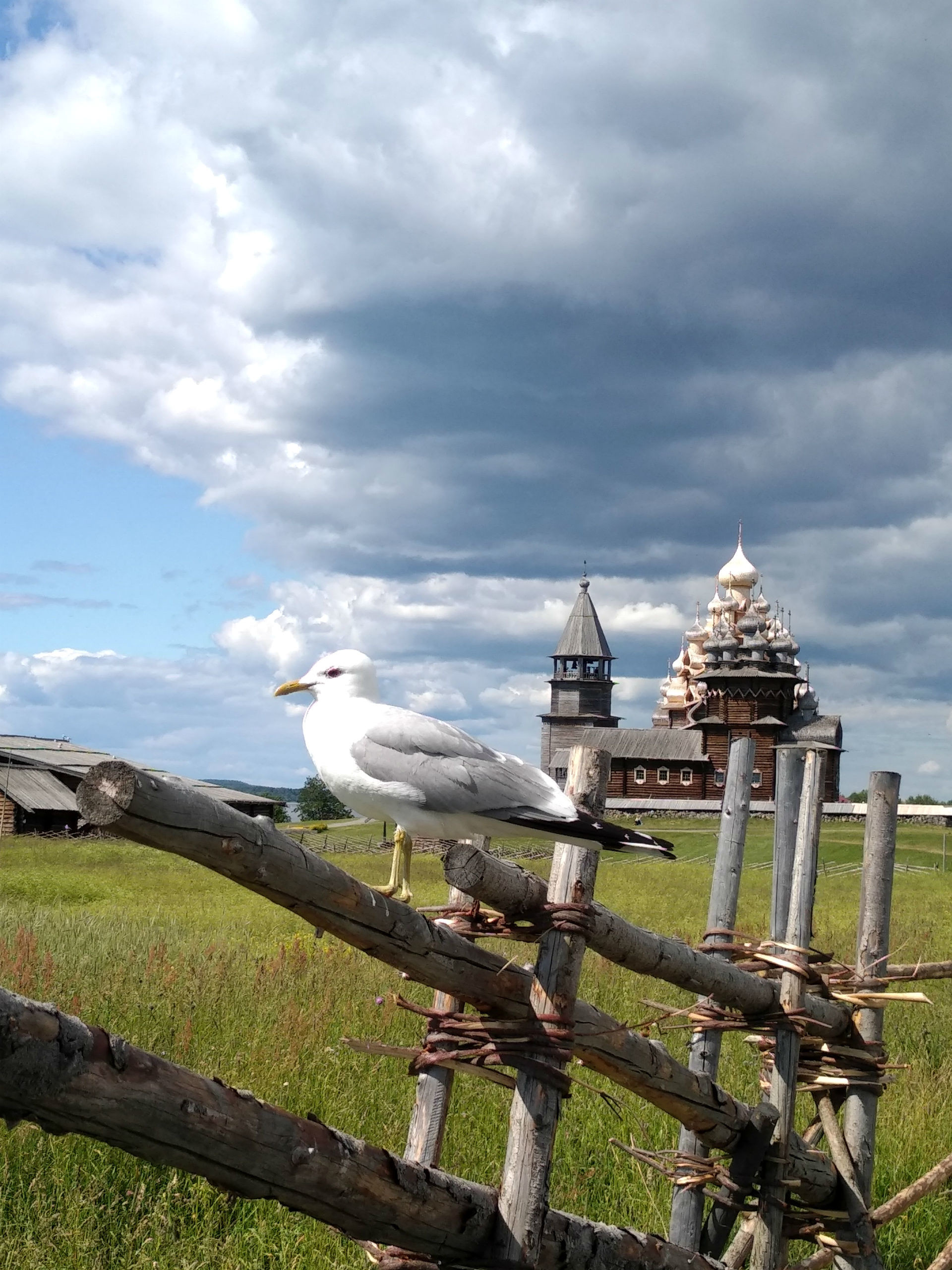 I find it hard to choose the place I liked the most,because each place is interesting and different from the previous one. I was astounded by the diversity of landscapes. France is one twentieth of Russia and it’s already common to hear that landscapes are diverse. But it’s nothing compared to here. It’s absolutely staggering! The size of the country caused at first surprise, then the realization that Orthodox Christians, Muslims and Buddhists all shared the same space. It gives the impression of moving across different countries. 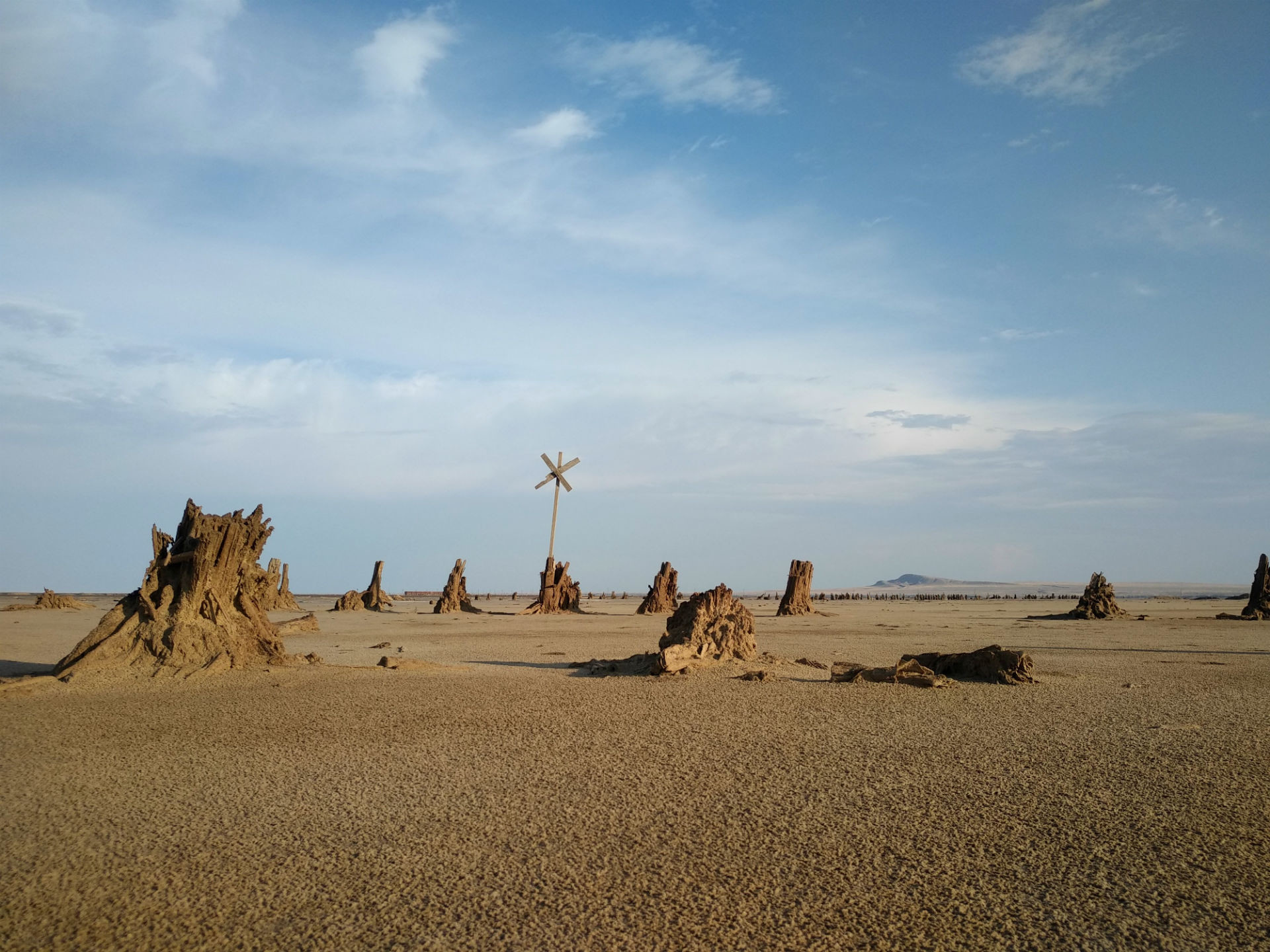 The first difference I noticed between Russians and Westerners is that we usually tend to smile at everyone - although we may not like them, whereas Russians don’t necessarily smile, but when they like you, you definitely know it! I really had the feeling that interactions were truer, which I appreciated. People are much more open. Last year, I ended up hanging out with a bunch of Russians in Kyrgyzstan, with whom I got on well, and I assumed it would more or less be the same in their country.

As far as security is concerned, I never really felt unsafe, even passing by poor neighborhoods. There’s always a chance of coming across the wrong person, and so it is everywhere else. 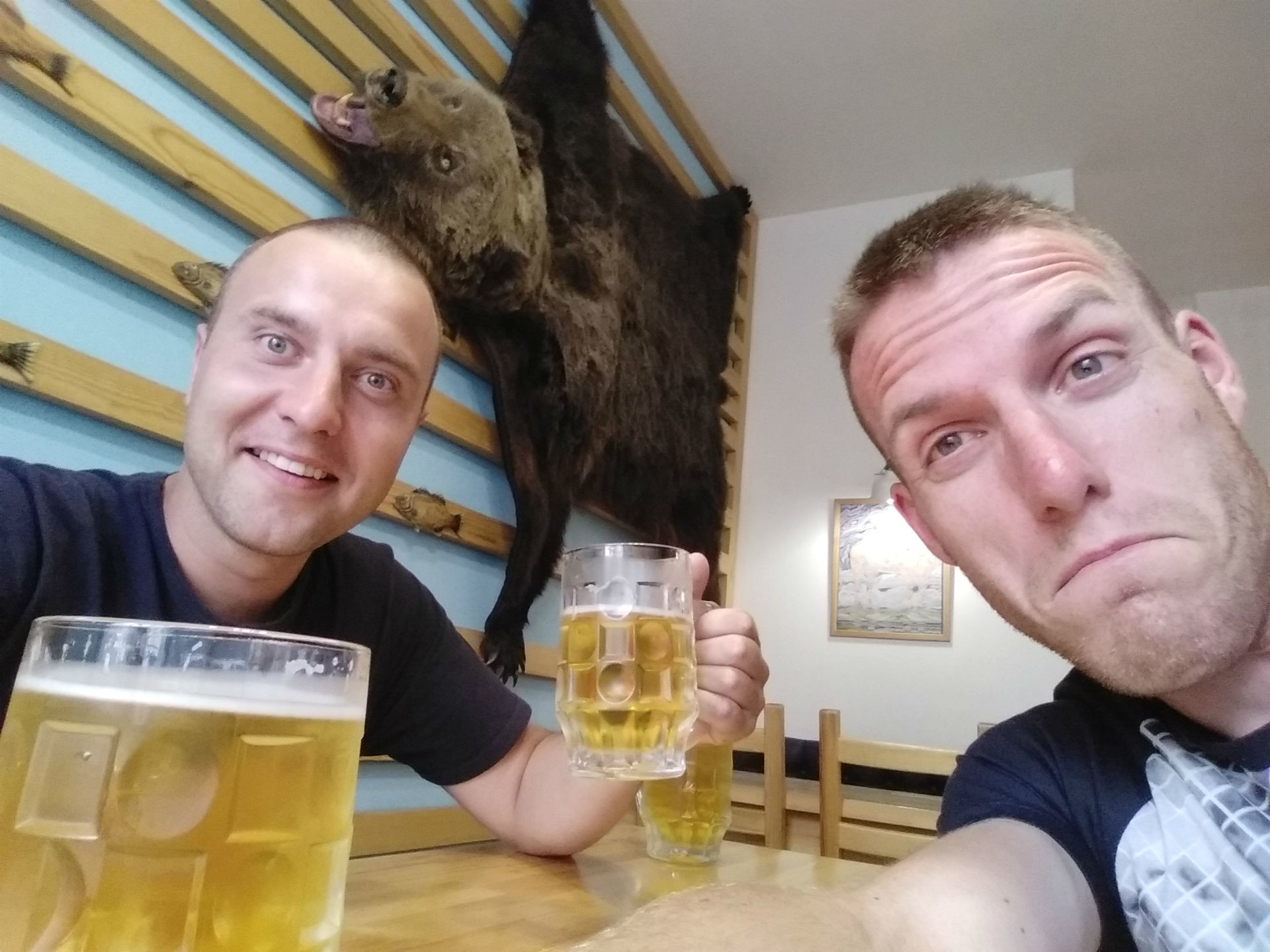 I also recall several anecdotes – on my way back, just a few kilometers from Chita (Eastern Siberia) I picked up a hitchhiker. I thought he’d be with me for 20 kilometers until I realized he was heading to Krasnoyarsk, just like me! We ended up spending four days together! Temperatures were high and the van had no AC, so he first asked me if he could strip to the waist. Yeah man, no problem! Then we tried to chat for a while, and at some point he made a sign, showing his lap: I don’t understand. Unfortunately, when I fail to process information I tend to reply “Yes, yes!” which in this case I shouldn’t have: the guy ended up in his underwear for the next 4,000 kilometers.

This story reminds me of Coluche’s (French stand-up comedian) sketch, when a hitchhiker can’t stop criticizing the car he got picked up by “this is plastic, that’s bad”. Well, my hitchhiker was pretty much the same: “Turn off the AC, do this, do that, let’s stop here, let’s eat there…” At some point I had to tell him that this was also my journey! It was fun though. 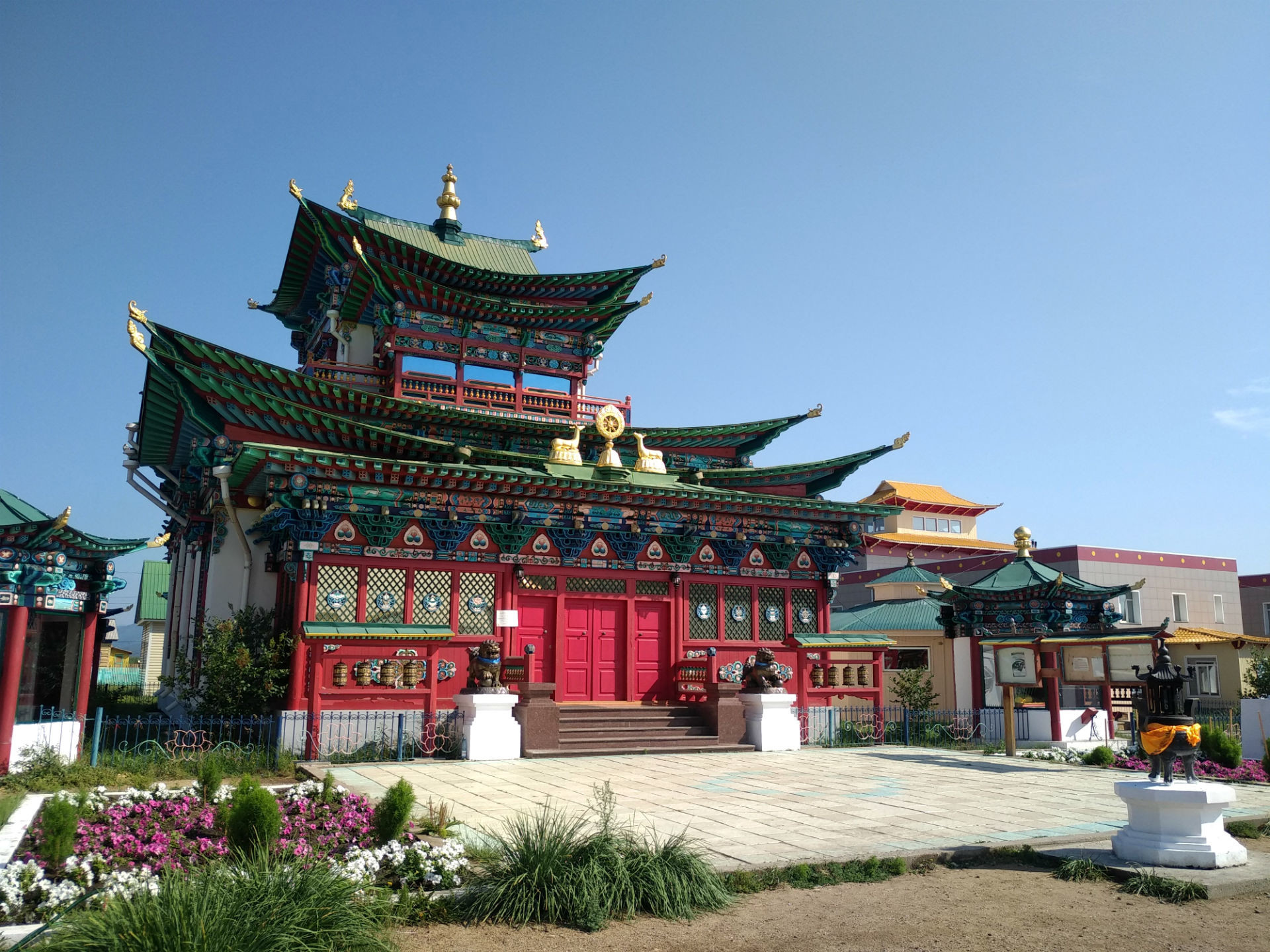 I had some mechanical problems on the road. I stopped at a garage, the mechanics worked on my car for 3 hours, and when I asked for the price, they refused to take my money!

Food was delicious. I tasted all the traditional foods: pelmeni, tchebureki, pirozhki… In Kazan, I tried Chak-chak, and bear meat in Petrozavodsk. There were also lots of 24-hour roadside restaurants, which I found pretty useful. But toilets… didn’t find any worthy of the name. 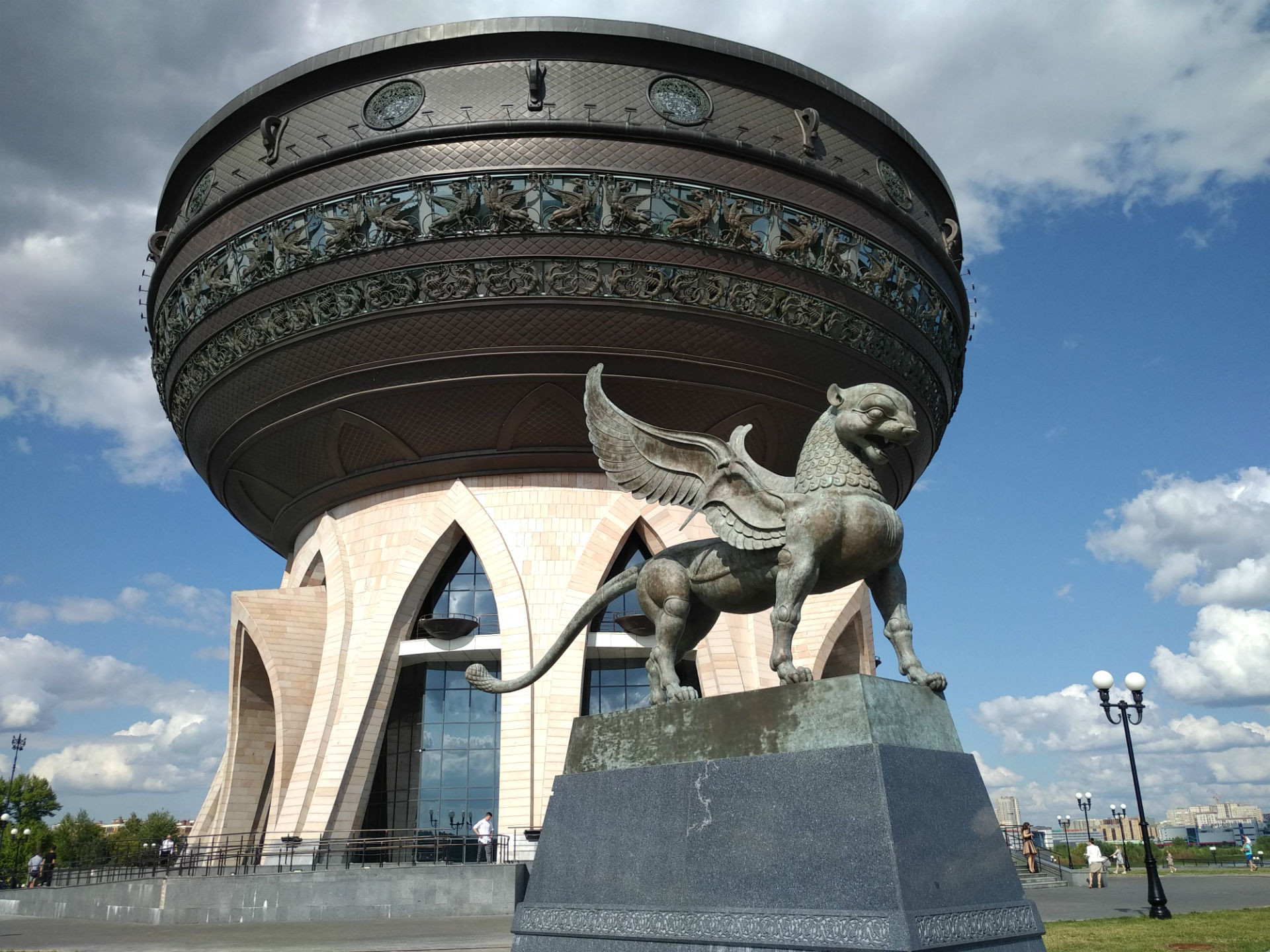 Three words could summarize this trip: immense, fascinating, and multi-faceted. As I said before, I was taken aback by the size of the country. Never had I been in a country with several time zones: there’s a 7-hour difference between Moscow and Vladivostok! And people look so different… in Ulan-Ude, you feel like you’re in Mongolia, while when you’re on the shore of Lake Baskunchak (Astrakhan region) people look like Kazakhs. And although people look different, they speak the same language and have the same president. 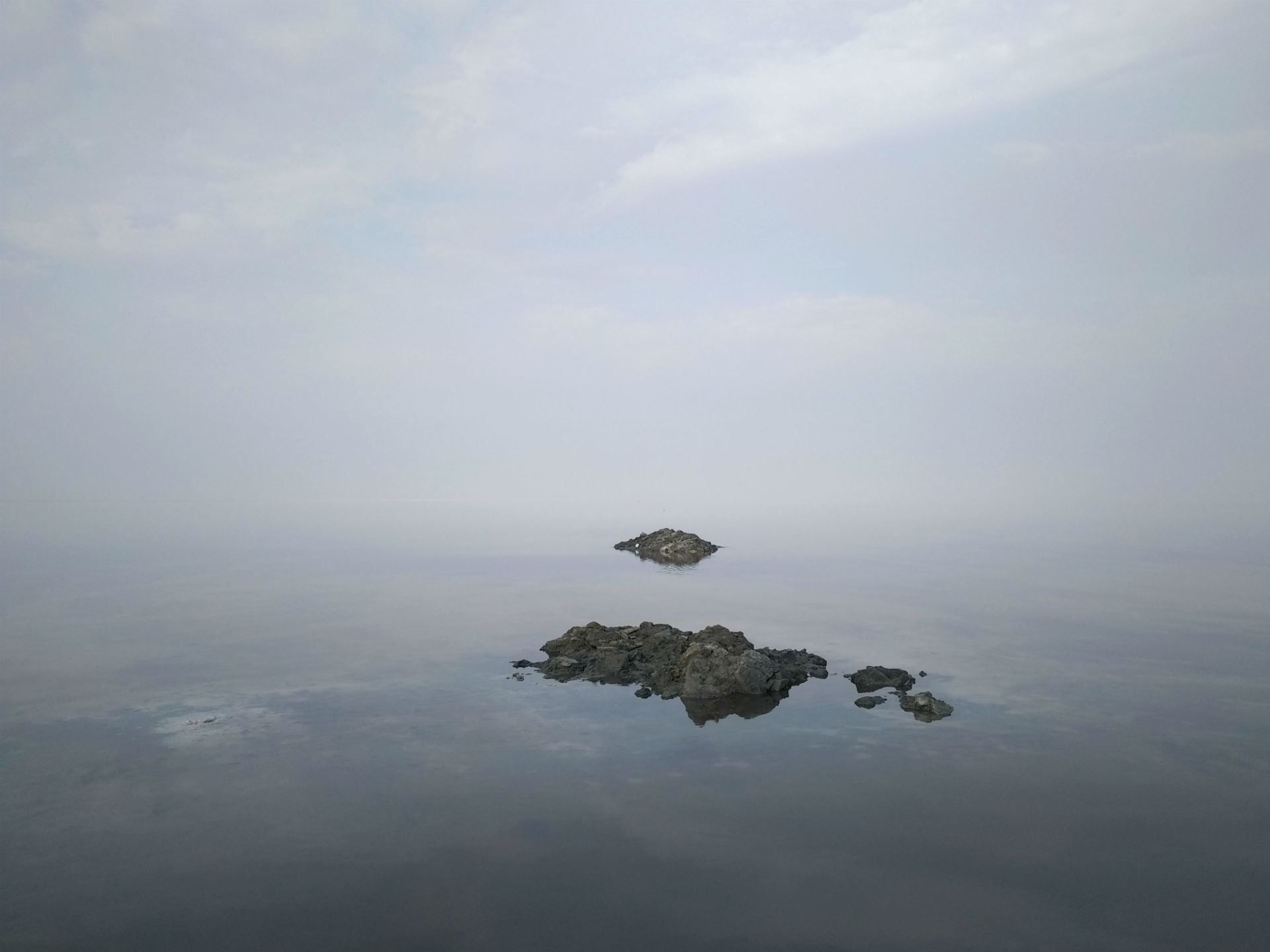 I advise travelers not to be put off by bureaucracy – tour operators can be very helpful – and by the language – try to learn the basics as well as the Cyrillic alphabet. People usually appreciate it when you make the effort the basis. One last thing: lay aside your prejudices!