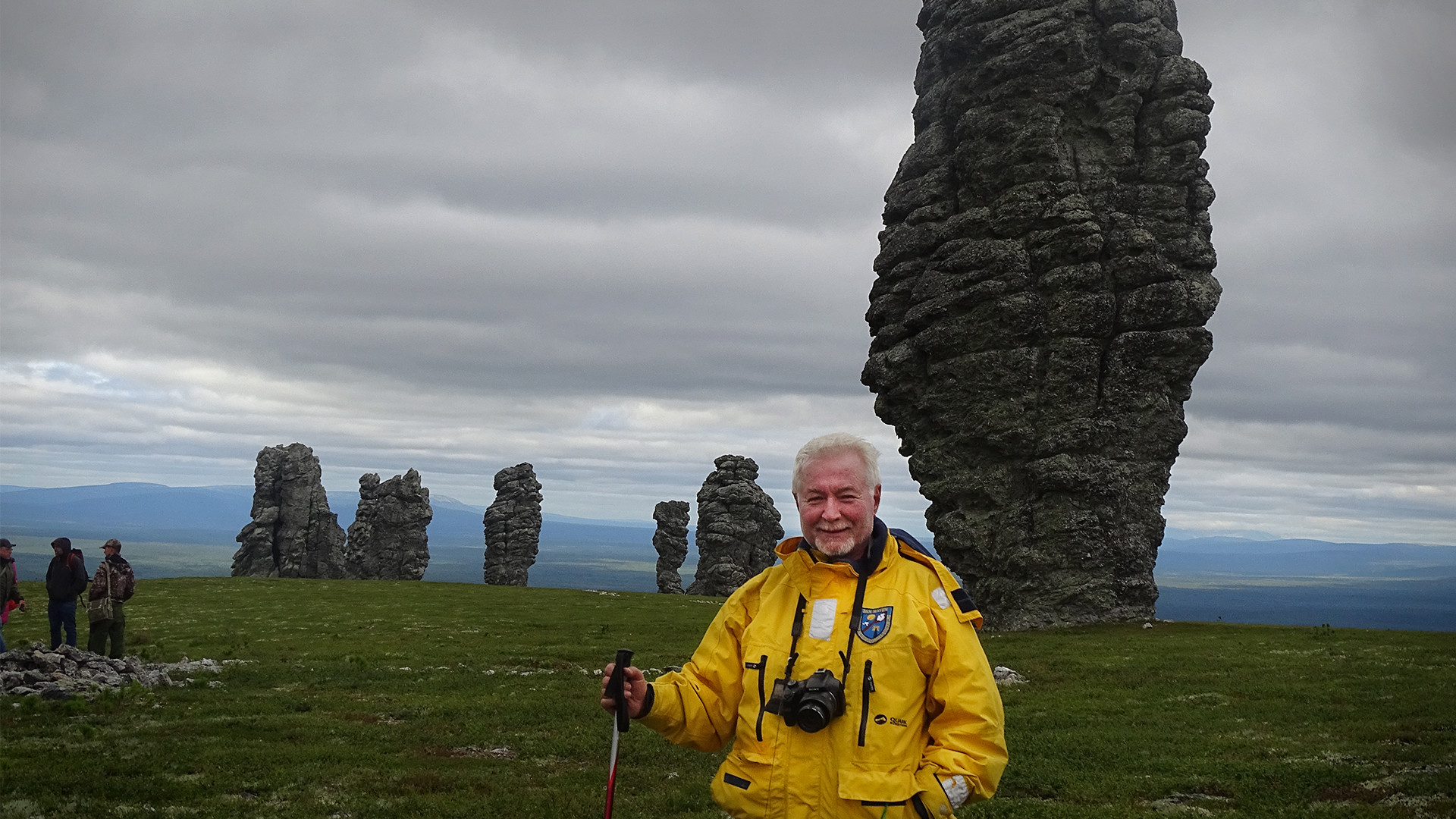 At the Manpupuner rock formations.

Personal arhive
If you want to feel Russia, go beyond urban areas, says Babis Bizas. But don’t forget to get a permit from security services.

There are not many Russians who know the country as thoroughly as Greek citizen Babis Bizas. He has been traveling across Russia for 40 of his 66 years, covering all regions (find our complete list of all Russian regions here), including the Russian Arctic and dozens of islands in the Far East. He is an active member of the Russian Geographical Society, the author of the All Russia guide and one of the most traveled people in the world: he’s visited all 193 sovereign countries and many of them several times. Now, with Russia step-by-step resuming flight connections with the world, Babis and his wife Penelope can't wait to visit Russia again - and this time, they want to spend a vacation among the nomads of Taymyr and Yamal.

‘A Soviet visa was the easiest thing’ 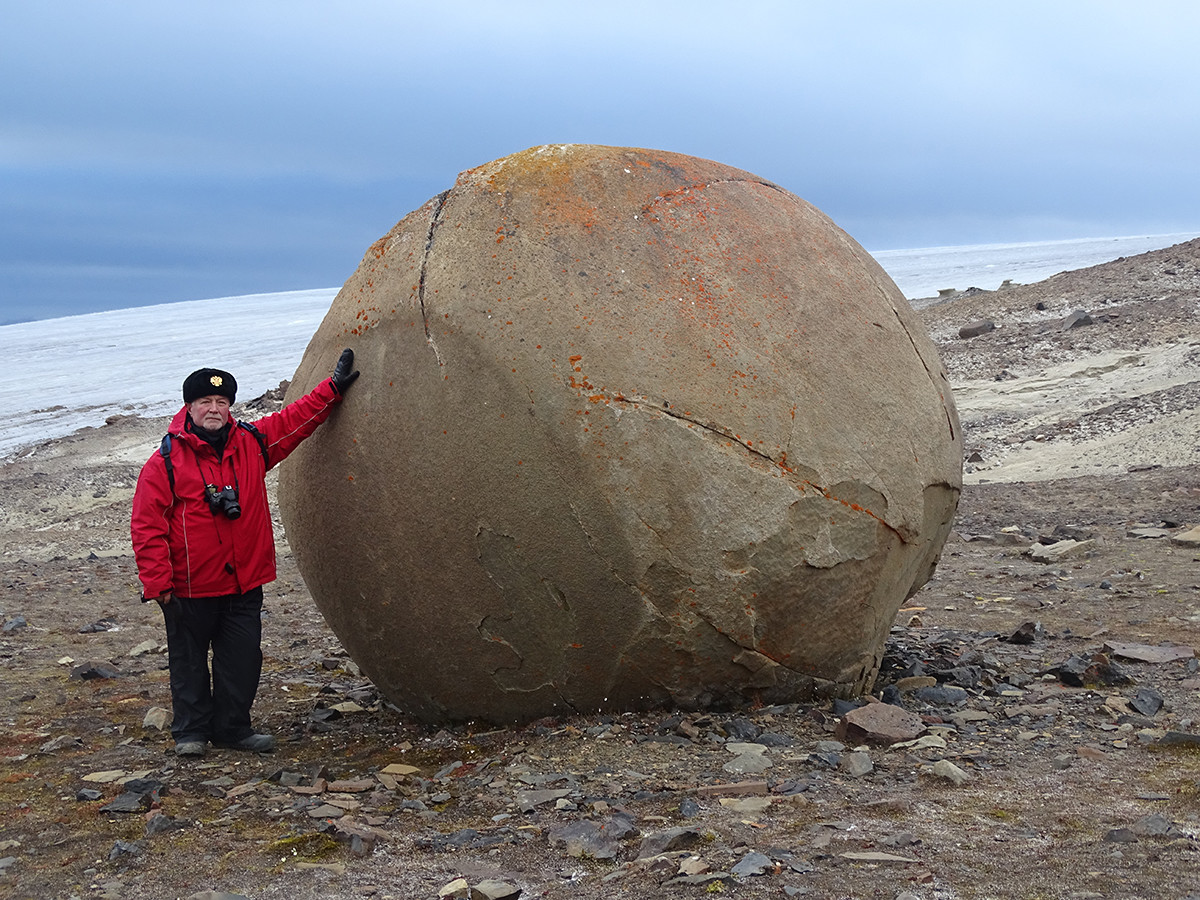 At the Franz Josef Land.

Babis started to travel in the mid-1970s and decided to make journeys his profession: most of his life, he worked in a tour company in Athens. The first time he visited Russia was in 1982, when it was still part of the Soviet Union. Back then, a foreign tourist could only come to the USSR by booking a trip with the Soviet Intourist agency.

“It was a very typical tour of that time, very popular in Greece: Moscow, Leningrad and Kiev,” recalls Babis. “Thousands of Greeks were there.”

Later, he began exploring Soviet Asia, notably Samarkand, Bukhara, Tashkent (the oldest cities in Uzbekistan), Bishkek (called Frunze that time, the capital of Kyrgyzstan), Ashgabat (the capital of Turkmenistan) and Almaty (for many years the capital of Kazakhstan). “Other trips included Baltic states, Moldova, Ukraine,” says Babis. “And that’s how I visited all the Soviet republics.”

“Getting a Soviet visa was the easiest thing for Intourist tourists - it took just one-two days,” he says. “Now, it demands more paperwork and takes more time.” Moreover, half of the world does not need a visa to Russia, except the EU and the U.S. Last year, the country announced e-visas for citizens of 52 countries, including Greece, but suspended it because of the pandemic. 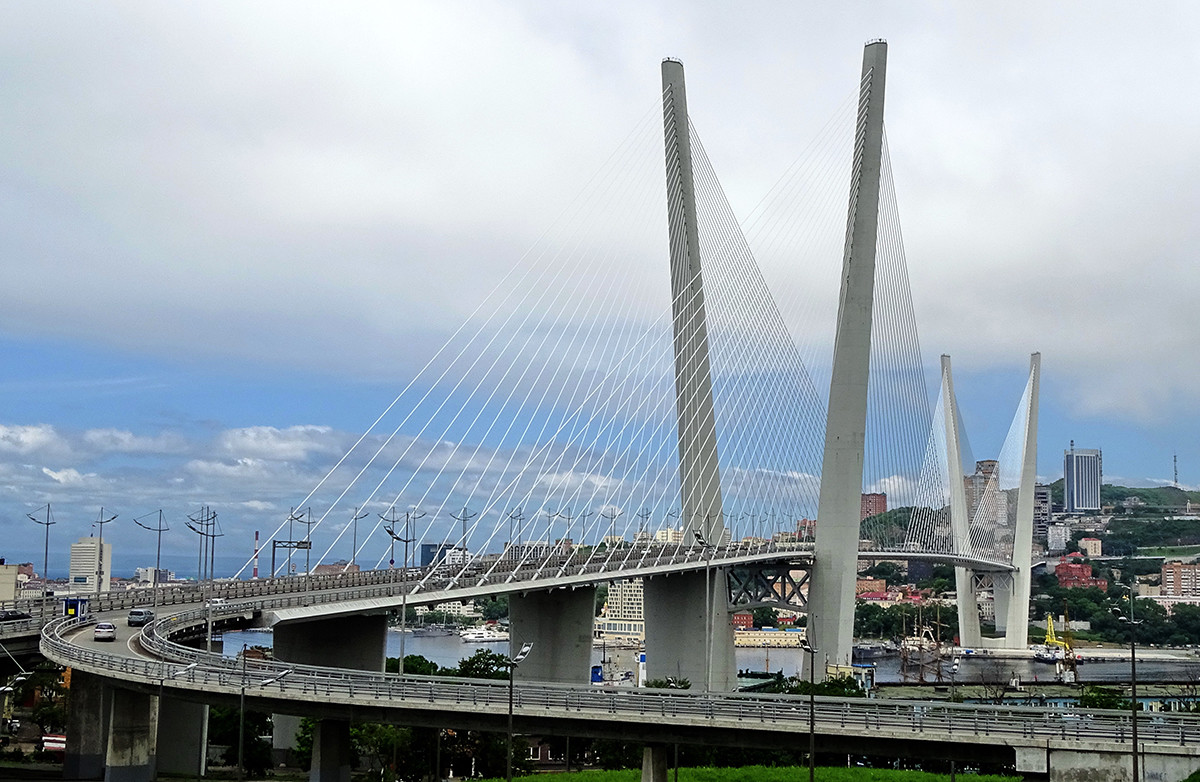 Babis continued exploring Russia 4-5 times in a year and noted significant changes in the regions. “I see a lot of development in the cities, especially beyond the Urals,” he says. “Take, for example, Vladivostok - there are not many historical buildings, but these bridges and islands make you feel like you are in the U.S! Vladivostok now is unbelievable, it’s one of the top cities in Russia!”

If you want to see the traditional architecture, besides Moscow, St. Petersburg and the Golden Ring, Babis recommends starting with Tomsk: “In this Siberian city, there are the best preserved old wooden houses.” In the Russian North, he highlights the wooden Kargopol in Vologda Region, as well as the ancient cities on Ladoga Lake. 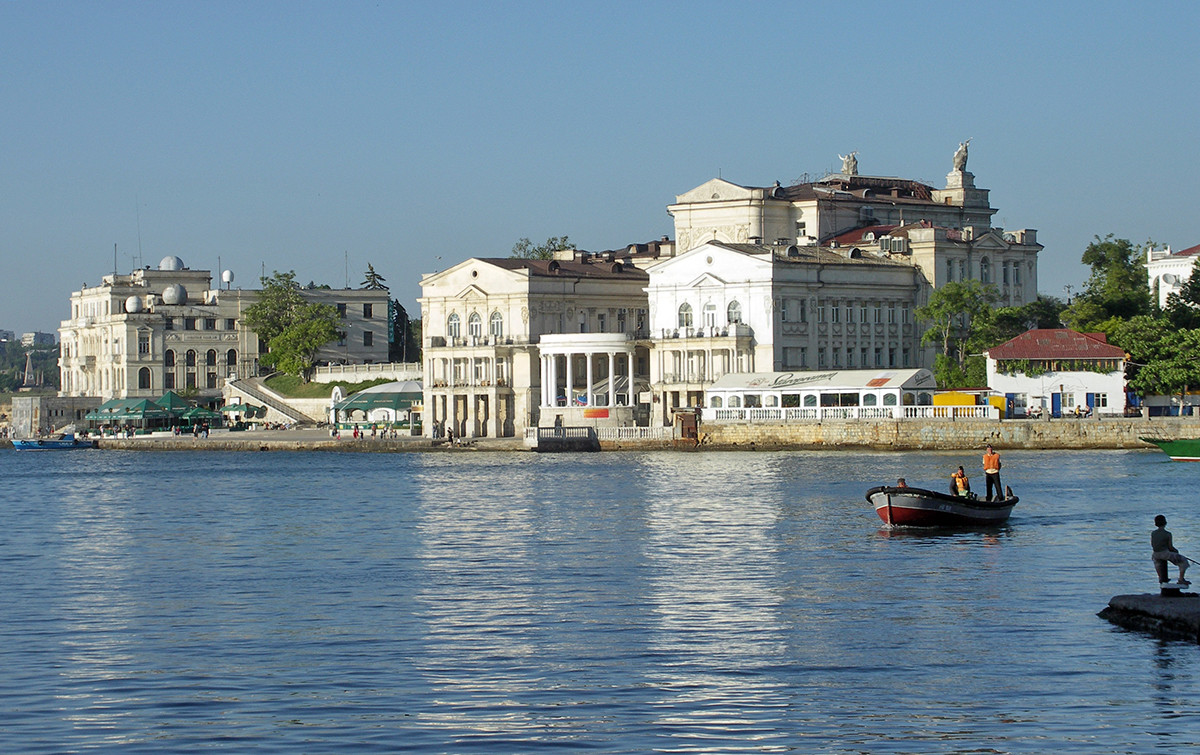 Sevastopol on the Black Sea has excellent classical architecture, he notes. “My other favorite cities are Astrakhan, Nizhny Novgorod and Kazan with famous UNESCO monuments - they are really worth visiting!” 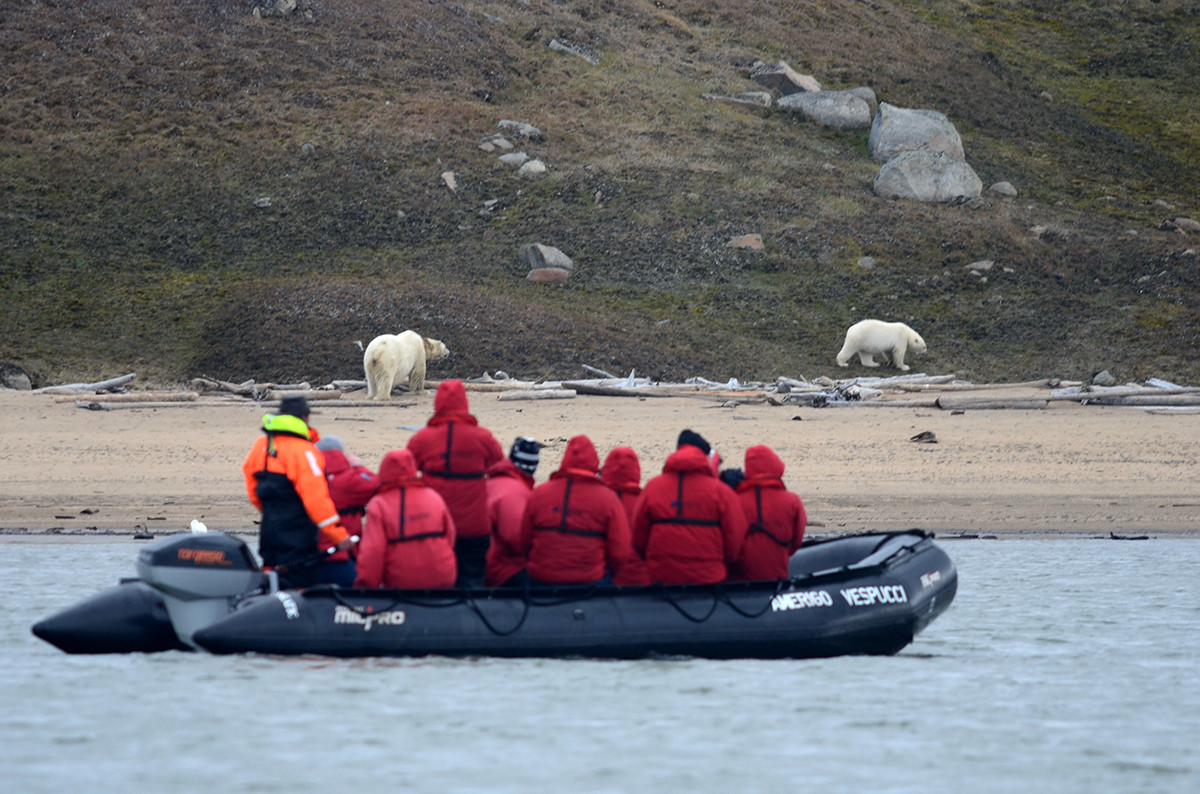 However, Babis says that the most interesting sites in Russia are located far from the urban areas. “My number one [places] are Franz Josef Land and Wrangel islands, there are so many polar bears!” The traveler recalls that when he arrived at Wrangel in the morning, he woke up and saw at least 20 bears in front of the ship. 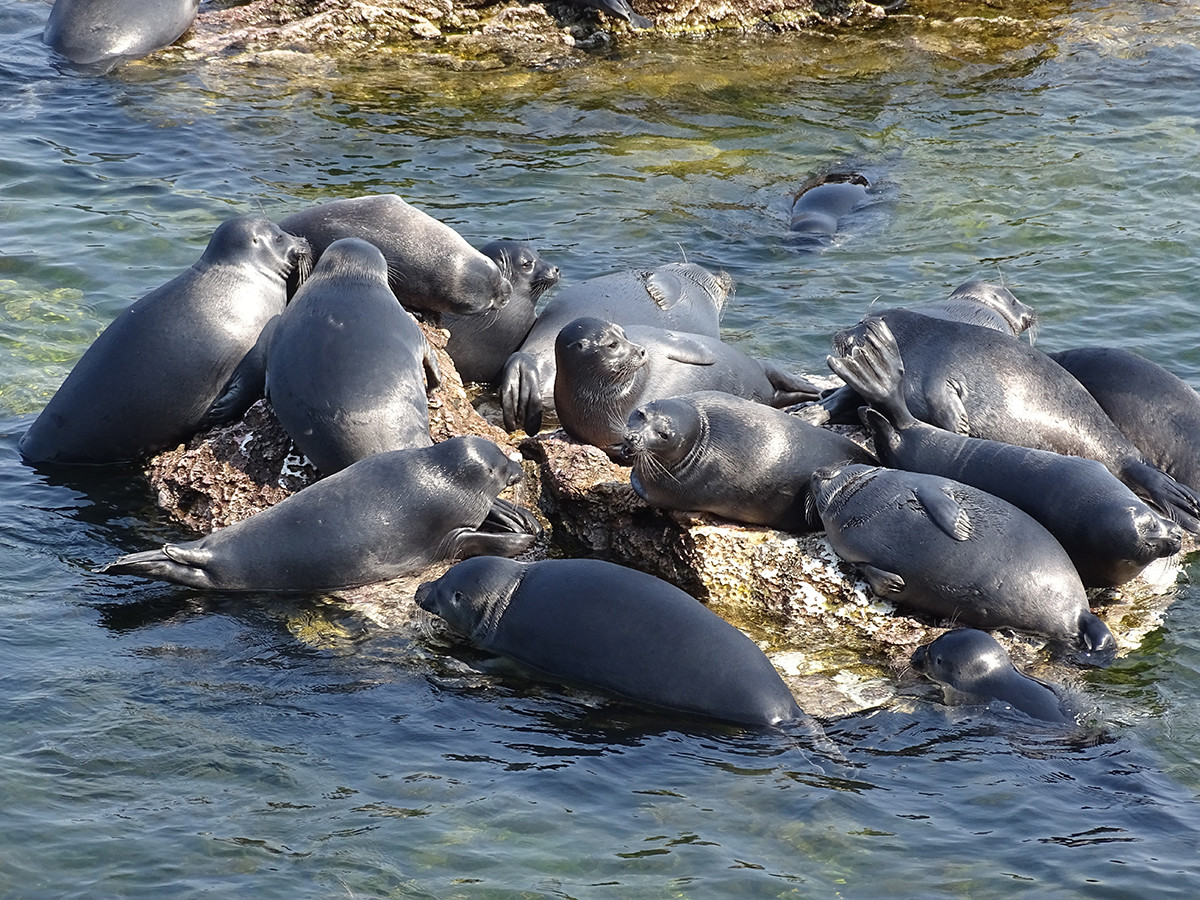 Babis memorizes the islands of Chukotka, Kamchatka and Sakhalin for their unique beauty and nature: on Tyuleny Island, there is a large seal rookery, the small Iony Island (also known as Jonas’ Island) is a home for rare species of birds, while on Kurils, he saw former volcano craters. “Every island is a surprise,” he says, adding that getting there and back was a real adventure. “I remember when we were on Medny Island in the Commander Islands, we visited an abandoned village and the houses were intact. Even the books were still on the bookshelves. As if some one were told the residents to be on a ship in half an hour, because the next ship will be in one year.” 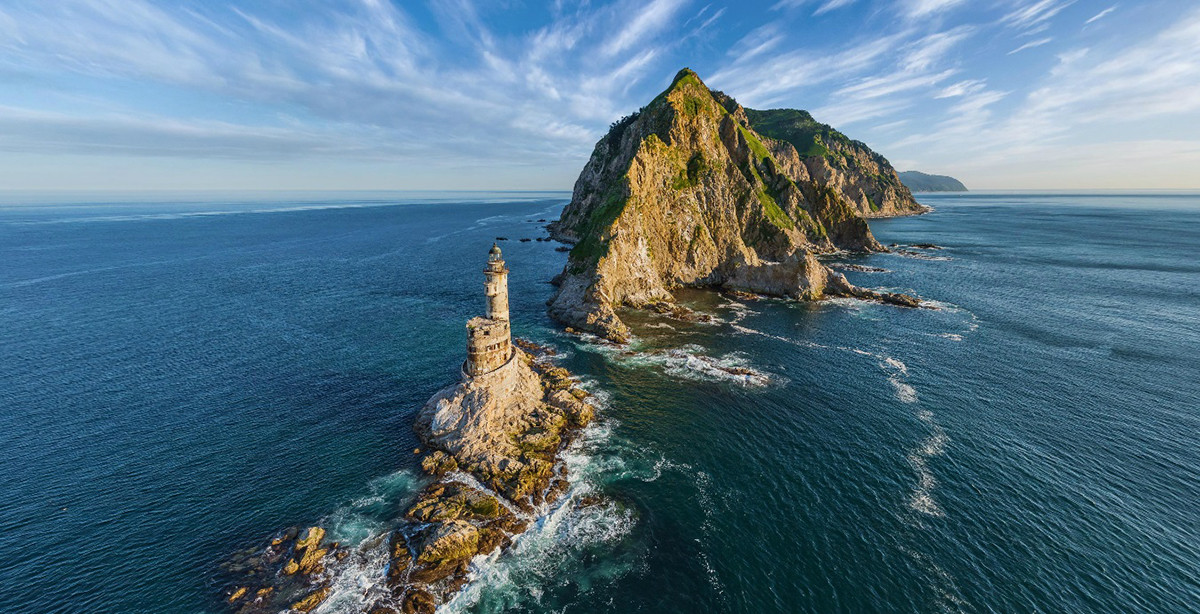 In August 2019, he and his wife visited the Manpupuner rock formations, which are very difficult to access. Some choose to go there by foot - it takes about 7 days, but that doesn’t suit everyone. “We booked a tour on a helicopter from the village of Nyrob (about 5 hours from Perm) and were waiting for 4 days for good weather, but it was still windy. So, we had to return a month later and waited for just 4 hours. And we were very happy to finally see this spectacular site on the top of the Urals!” 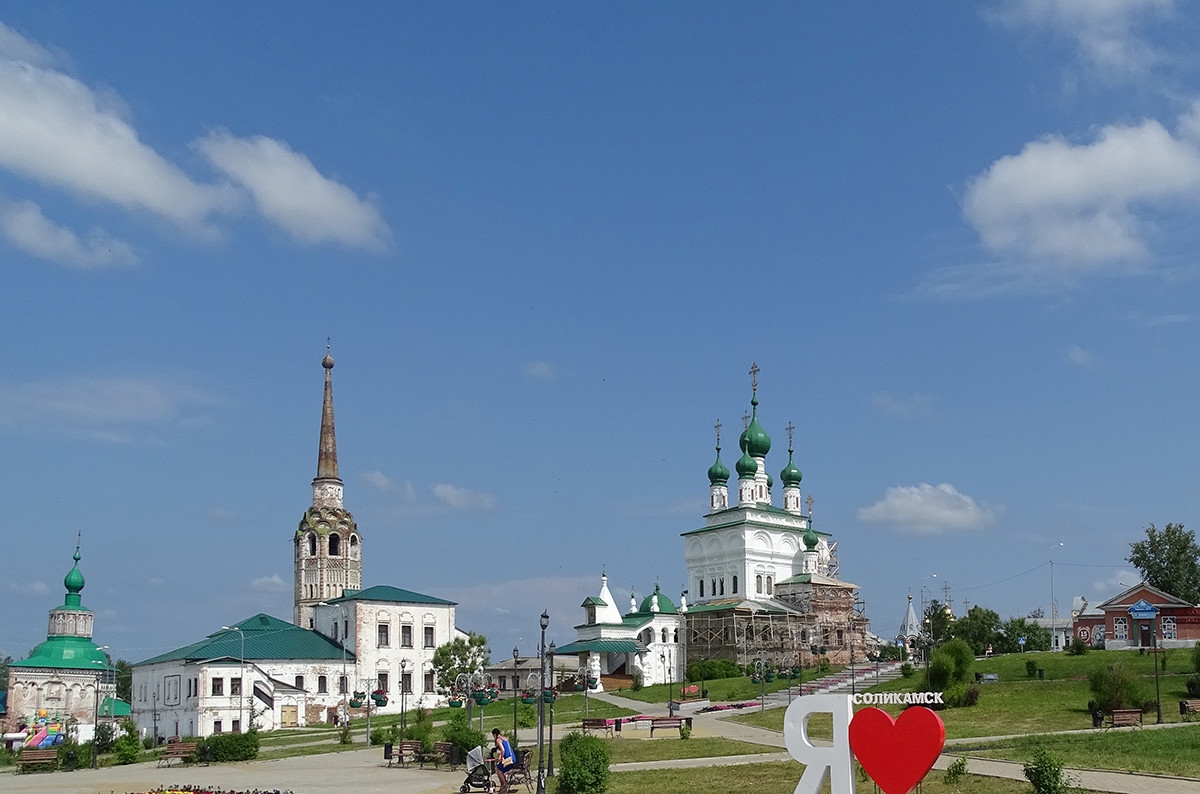 “Now I want to see the last nomadic tribes,” he says. “In 1992, I visited Chukchi. After the collapse of the Soviet Union, the head of Intourist presented me with a free ticket to Russia and a free helicopter ride from the village of Cherski to the Chukchi settlements. It was my first experience with nomads, but not the last.”

Since that time, he’s traveled to the folks of Taymyr, Tura and Lena rivers, the Kalmykia steppes, was sleeping a chum (nomad tent) in Yamal and now intends to meet the Dolgan and Nganasan peoples. Babis speaks Russian well and he has no problems communicating with locals. “They treated me like a Russian,” he says.

“When I wrote the first book about Russia 5 years ago, I was concentrating on urban areas, but now I see that more and more people want to explore the life of indigenous folks and see the beautiful nature. That’s why the third edition of my book about Russia has a Yakutian girl on the cover.” 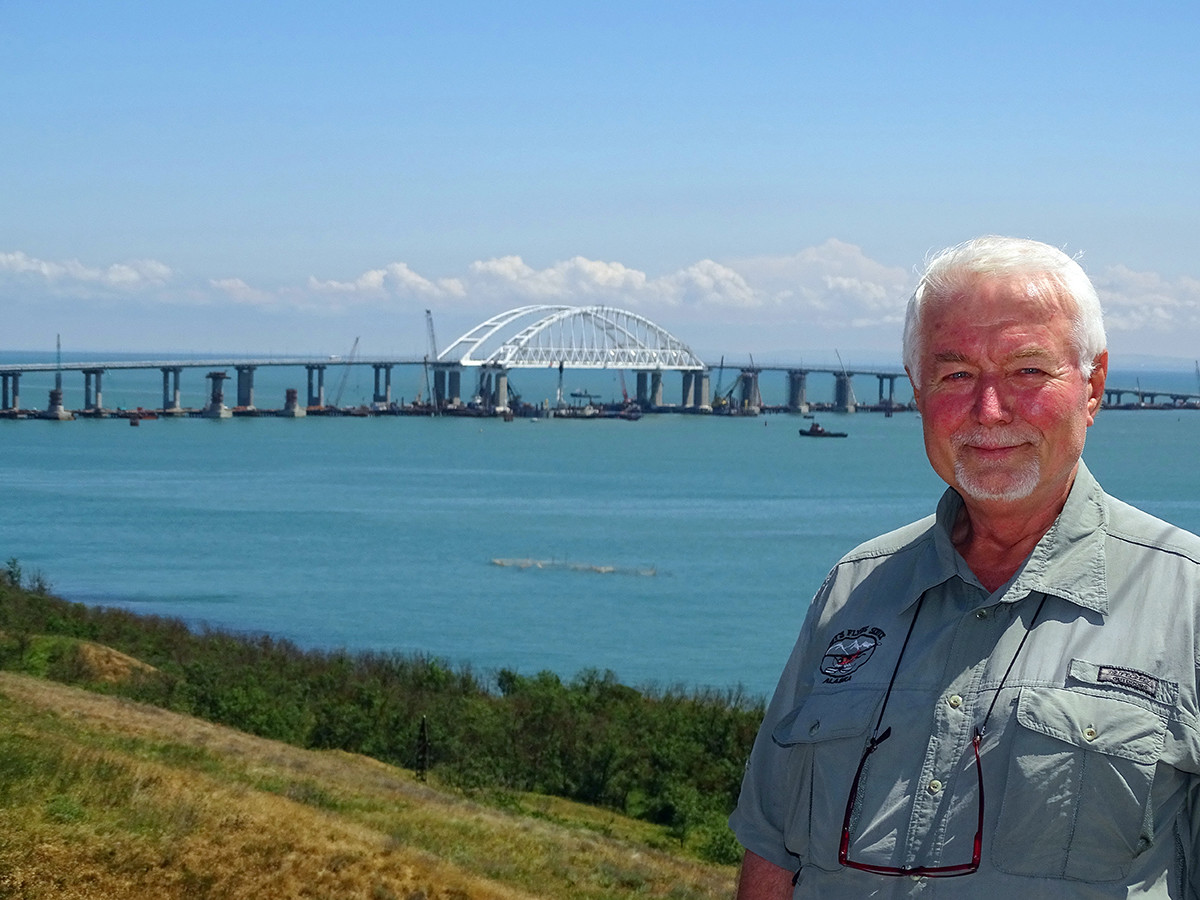 What really makes Babis sad is the need to get a special permit from Russian security services to visit some territories, which are the most interesting, in his opinion. “It’s like dealing with two different countries, one is Russia and the second one is the security bureau,” he admits. “There are a lot of unique places in Russia and, to visit them, you need this permit and you have no idea when it comes.”