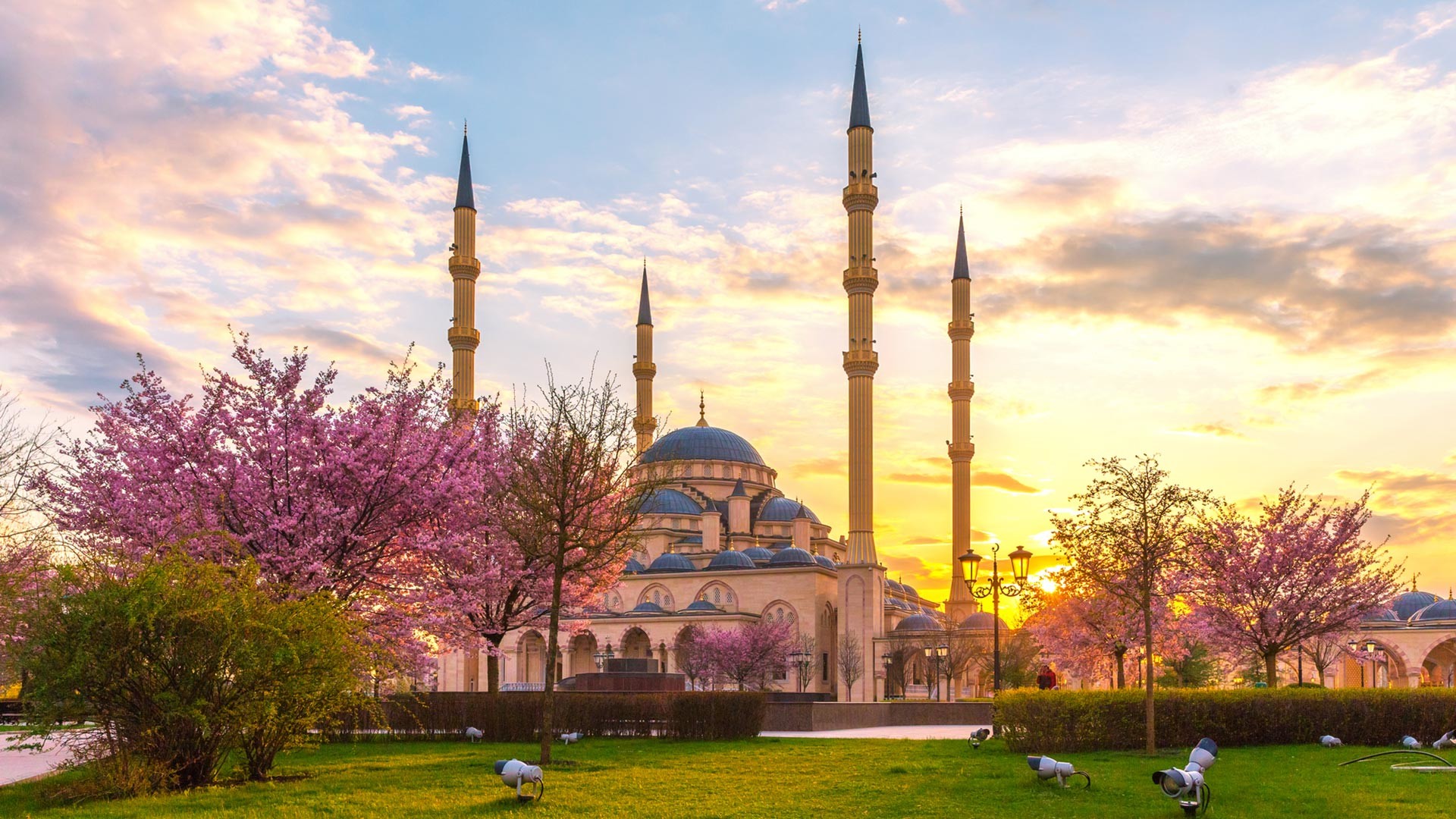 Legion Media
This strikingly beautiful mosque, one of the largest in the world, was built in record time.

1. One of the largest mosques in the world

Towering over central Grozny, the capital of the Republic of Chechnya in southern Russia, is the Heart of Chechnya mosque, one of the largest in the world. In Russia itself, by size and capacity it is inferior only to the Moscow Cathedral Mosque and the Central Juma Mosque of Makhachkala in the neighboring Republic of Dagestan. It is one of the largest Islamic prayer centers in the world.

Covering 5,000 square meters, it can accommodate more than 10,000 worshippers. The same number can also fit into the adjacent square and inside the summer gallery.

The mosque includes four minarets each 63 m high, while the massive 32m-high central dome has a diameter of 16 m. 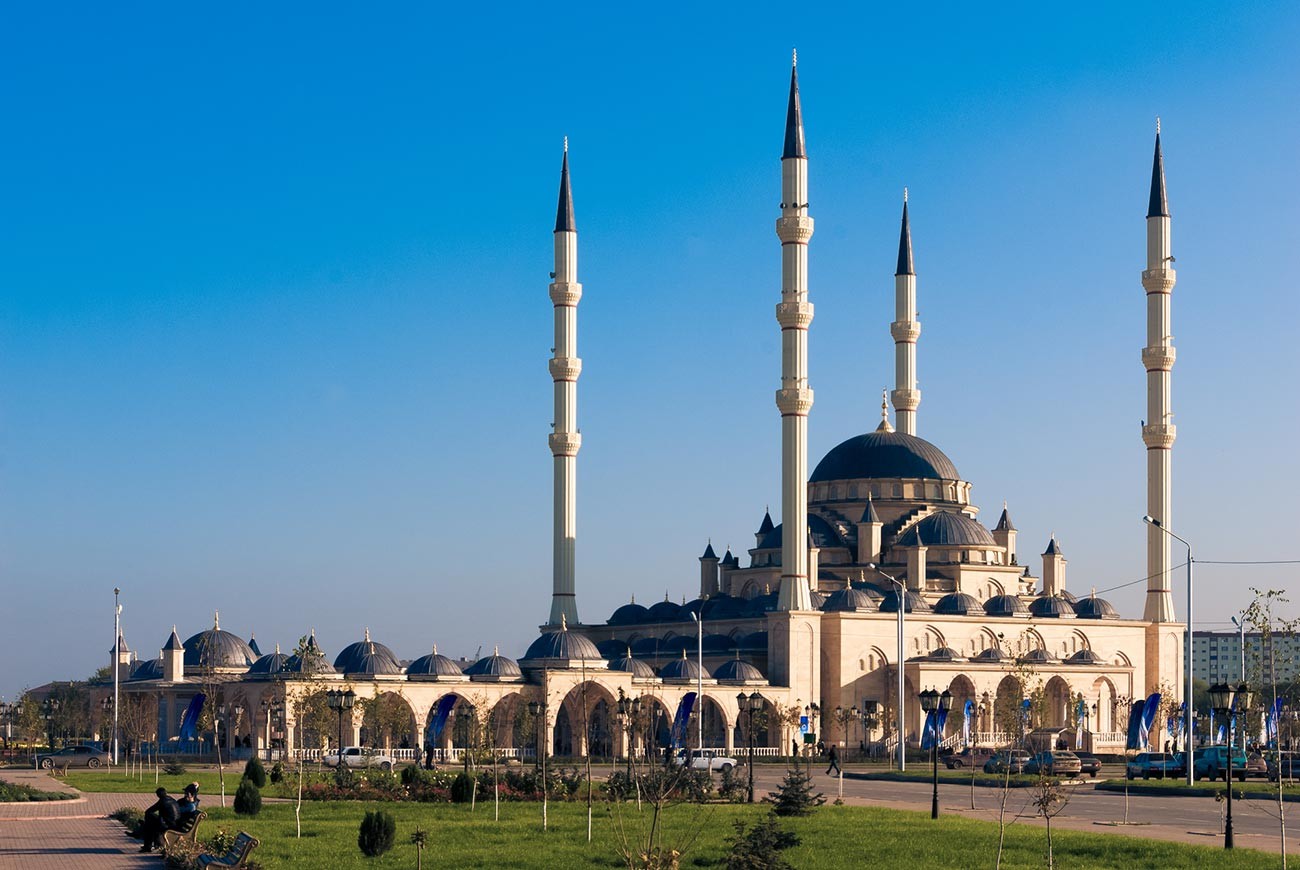 The grandiose building was put up in little more than two years. The idea of the mosque was originally conceived in the 1990s by Akhmat Kadyrov, the former chief mufti of the Chechen Republic, who later became president during the Chechen wars. The mosque was intended as a symbol of peace, but the continued military hostilities put the project on ice.

After the war, in 2006, the first stone was finally laid, and in 2008 the mosque opened its doors to pious Muslims.

3. Built in the image of Istanbul’s Blue Mosque 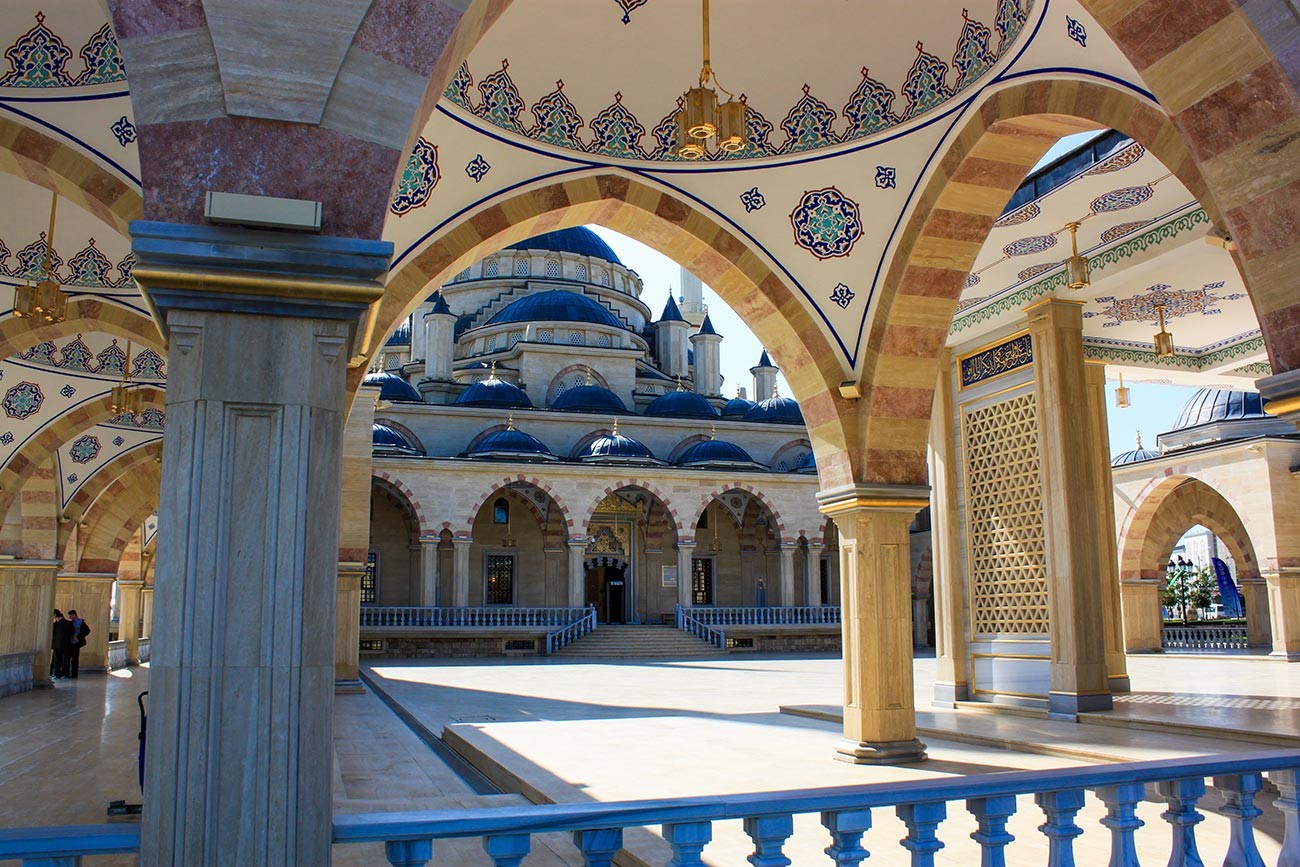 The mosque is designed in the classical Ottoman style, and is based on the main architectural masterpiece of the Ottoman Empire — the world famous Sultanahmet Mosque (a.k.a. the Blue Mosque) in Istanbul. Indeed, it was largely Turkish specialists who worked on the project in Grozny. For the exterior, rare travertine marble was brought from the Turkish coast of the Sea of ​​Marmara. As for the interior, it is decorated with white marble and gold-painted verses from the Quran.

The upper section of the dome is adorned with a calligraphic rendering of Surah 112 “Al-Ikhlas” from the Quran, which reads: “Allah is One, the Eternal God; He begot none nor was He begotten. None is equal to Him.” 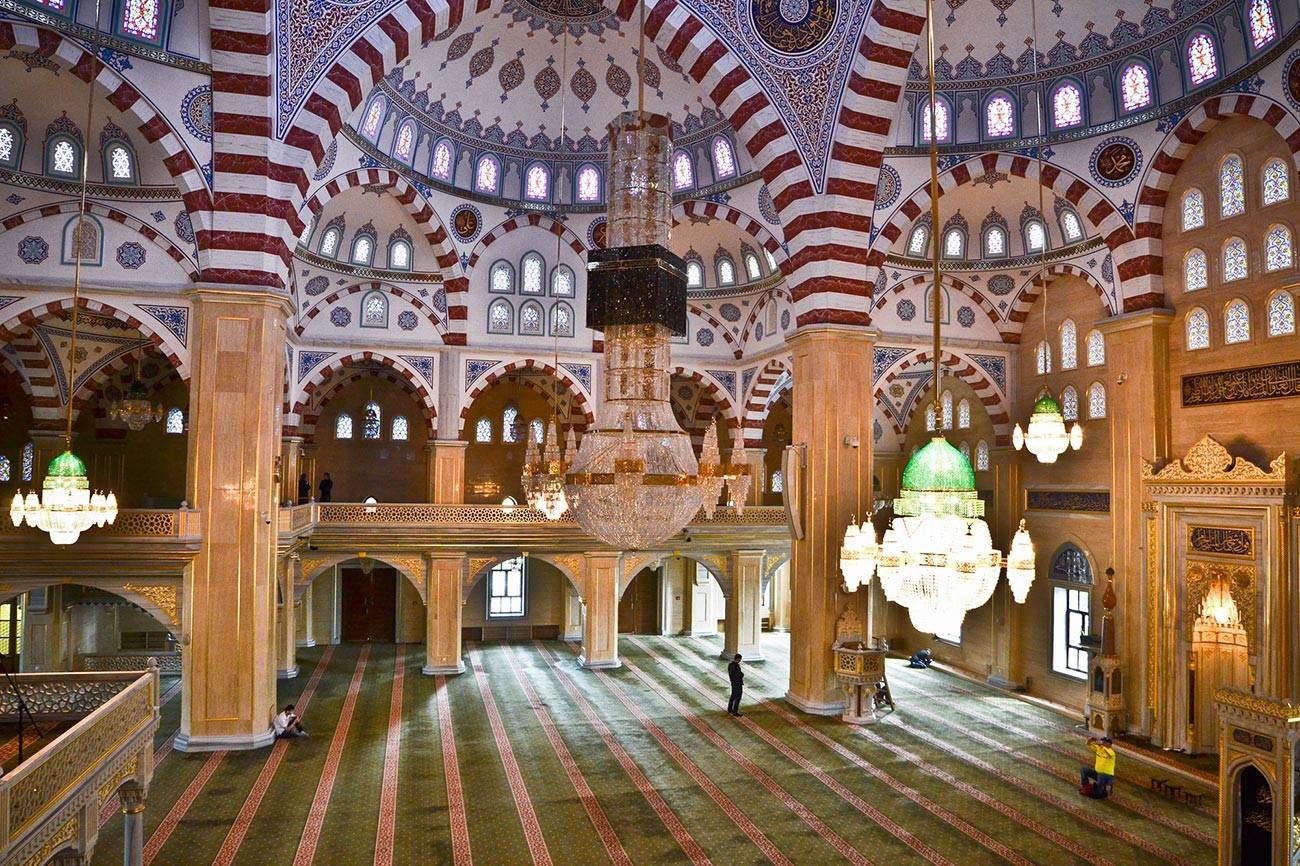 In mosques, special attention is paid to the light. The Heart of Chechnya mosque has three-level illumination: the lower flood-lighting is for the convenience of worshipers; spot-lighting is used to highlight particular architectural elements; and special festive lighting enhances the effect of the height of the dome and the minarets.

The luxury chandeliers are also a focal point. There are 36 in all, designed in homage to other major mosques in the world, including the Dome of the Rock in Jerusalem and Rovzatu-Nebevi in ​​Medina.

The largest central chandelier is a reference to the main shrine of Islam — the sacred Kaaba (Cube) in Mecca. The uniquely ornamented chandeliers contain 2.5 kg of gold, and are decorated with Swarovski crystals. 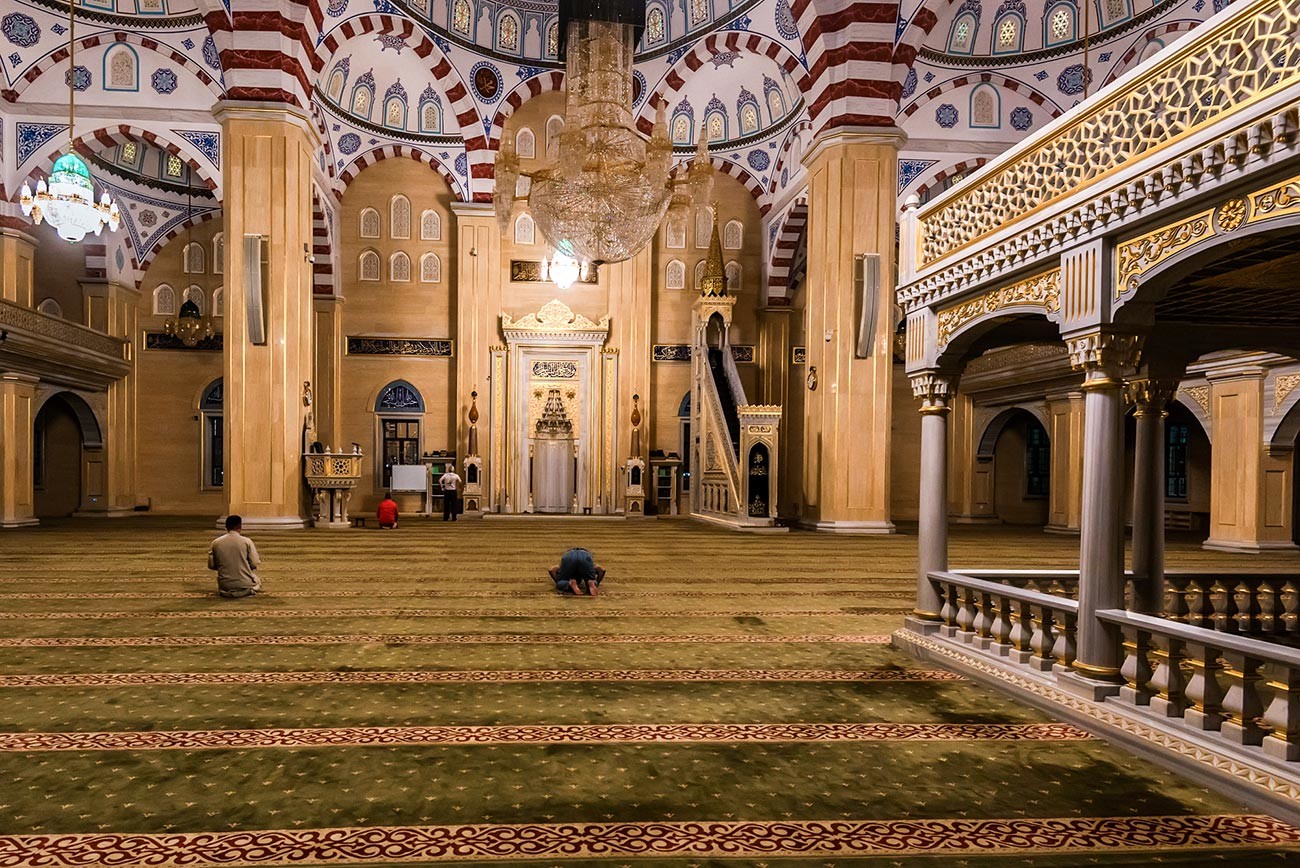 Another special part of any mosque is the mihrab, or prayer niche. It faces Mecca, indicating the direction for prayer. The Heart of Chechnya’s mihrab is of incredible proportions — more than 4 m wide and about 8 m high. It also features a unique compositional solution: intersecting marble elements create the illusion of infinity. 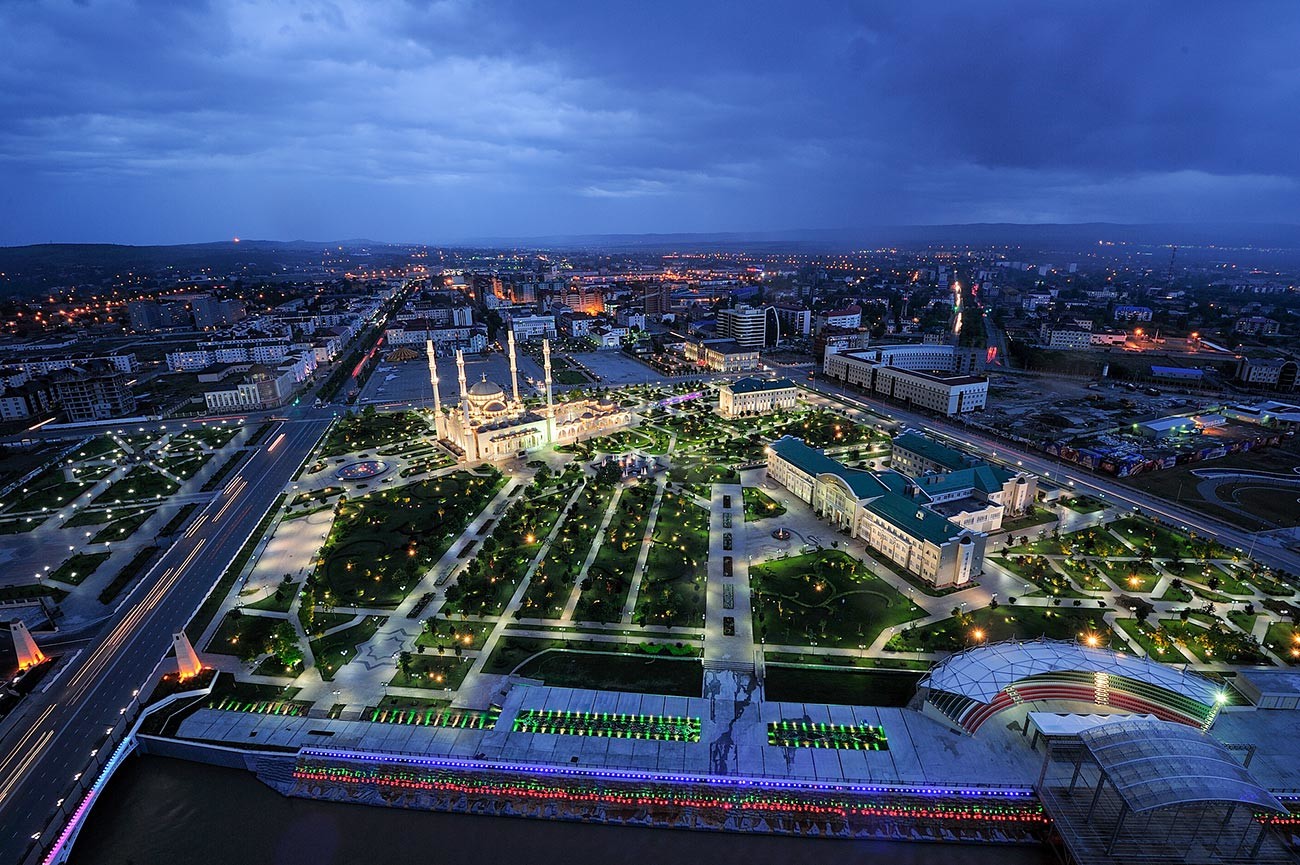 The Heart of Chechnya mosque is not just a separate prayer center, but part of an entire quarter known as the Islamic complex of Grozny, located on the banks of the Surzha River. The 14-hectare site is also home to the Kunta-Hadji Russian Islamic University, the Muftiate (the spiritual administration of Muslims of Russia), and a picturesque park with fountains.

7. A visual symbol of Russia 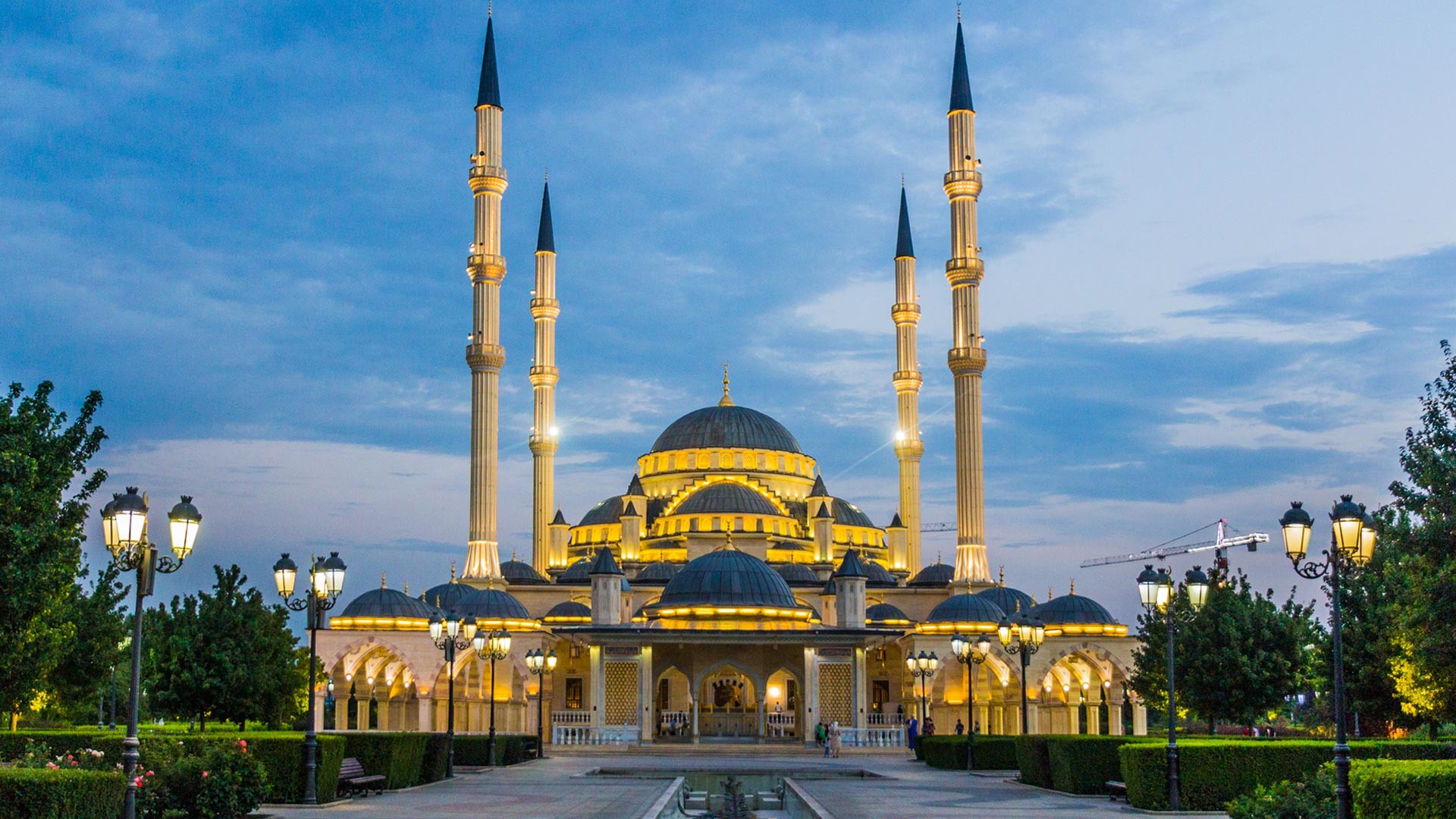 In 2013, the Heart of Chechnya mosque came a narrow second in a public poll to find out Russia’s most popular visual symbols, beaten only by the Kolomna Kremlin.

Then in 2015, the African state of Gabon ordered a series of commemorative coins, to be minted in Moscow, bearing the image of the mosque and Akhmat Kadyrov, after whom the shrine is officially named.

Online broadcasts from the mosque can be viewed at www.serdce-chechni.ru