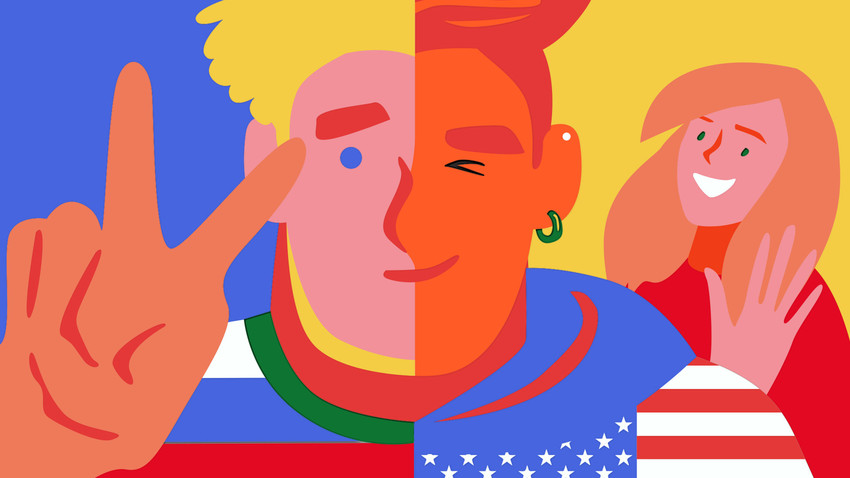 Alena Repkina
Russians and Americans are historically known for being, at times, polar opposites. But does the youth of today really differ from one another?

The differences between the youths of Russia and the United States can be described and analyzed exhaustively for books on end. In this article, I do not not attempt to cover all, or even most, of them. Instead, I simply want to surmise a few compelling points from a mixture of my own experiences and observations from living in both countries as a late teen and a young adult, before highlighting some statistical differences between them. 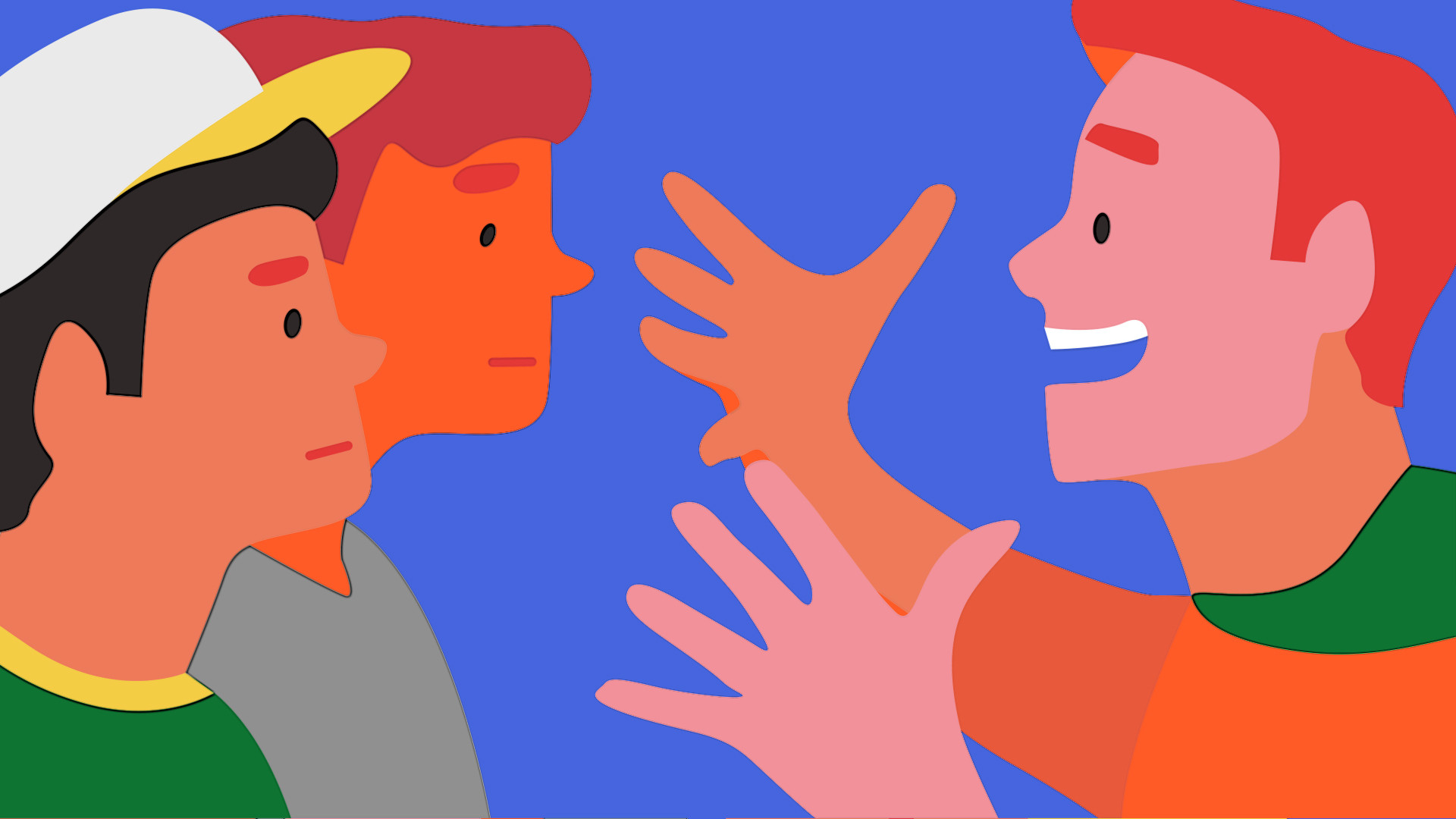 Small talk is the cornerstone of most American relationships among youths. In my experience, they tend to speak emotionally and they’re not as interested in what you’re saying, as much as how you’re saying it, and what emotions that arouses in you. Thus, American small talk seems to be largely reactionary – what emotions did the movie, the family dinner, the gym session elicit in you? Heavy, personal subjects and deeper sentiments tend to be avoided:

“I just had breakfast, and, like, I couldn’t believe they made the macaroni like that, so I was, like, about to complain to the manager, when the news came on and this guy, like, actually said that he wanted to do this project this way because of, like, some stupid clause, which, like, made me mad. But then I saw the cinnamon rolls by the counter and I totally forgot – it just looked so good. And, like, right at that second, this guy, like, came up to me – and things, like, got really weird. It was not a good vibe.”

This caricature serves to illustrate a contrast with how Russians tend to communicate. Small talk exists, but it does not boast the same sort of ubiquity, partly because Russians, strangers or acquaintances, don’t mind being silent together, even for long stretches of time. And when they do communicate, it tends to be an exchange of information, with a particular focus on the mechanics of circumstances:

“I took the 8 O’clock train. The ticket cost 138 rubles, the train smelled of smoke and was filled with people. A group of gypsies sat two rows away from me, playing music for the whole 50-minute trip. But then the controllers entered our train carriage and about fifteen of us just stood up and started walking to the opposite end of the train. A few ran out of the wagon and sprinted to the entrance the controllers had just come from before the doors closed.”

Emotions aren’t explicitly stated – though they can crop up, of course – but the situation itself is detailed at length, based on the observations of the speaker, as well as his actions. However, among closer people, Russians open up and can talk about their feelings more – the sentiments they quietly ruminate on for weeks and months on end, and how they affect their daily lives.

READ MORE: 7 easily misused Russian phrases that could land you in hot water

This serves to underline the point that Americans tend to be less formal than their Russian counterparts. It’s not at all abnormal for them to strike up conversations with strangers seemingly at random and, perhaps, breach into personal topics, whereas Russians tend to be more guarded and formal around strangers, rarely talking about something other than the situation at hand or anything that’s relevant to it.

Moreover, it’s not unusual in the U.S. to call professors or bosses by their first names, whereas Russia tends to adhere to formal designations, which also differ. In the U.S., as in most of the world, people are referred to as ‘Mister’, ‘Misses’, or ‘Miss’, followed by the person’s last name. In Russia, people are called by their first name and patronymic: “Timofey Grigorievich”, “Anna Pavlovlna”, etc.

Even our languages play into the conventions of our formalities – in Russian, there is both a formal version of ‘you’ – “vy” – and an informal version – “ty” – which plays a significant role in how people of different ages, statures, and degrees of familiarization communicate (you can read more about that here), whereas in English, ‘you’ is all-encompassing, whether you’re a young teen talking to the President or your little baby sibling. (Although historically, ‘you’ was the formal way of addressing someone; ‘thou’ and ‘thee’ were the informal pronouns – so the ‘Pope’ would be ‘you’, and your sibling would be ‘thou.’ These pronouns died away as class differences became less distinct.)

READ MORE: How to address a Russian if you don't know their name

And while Russians tend to have a rather dark, often antagonistic and dry sense of humor, American humor tends to be far less abrasive, more overt and referential. They don’t tend to appreciate dry wit and mocking humor as much, often seeing it as hostile, whereas for Russians, it tends to be the norm. 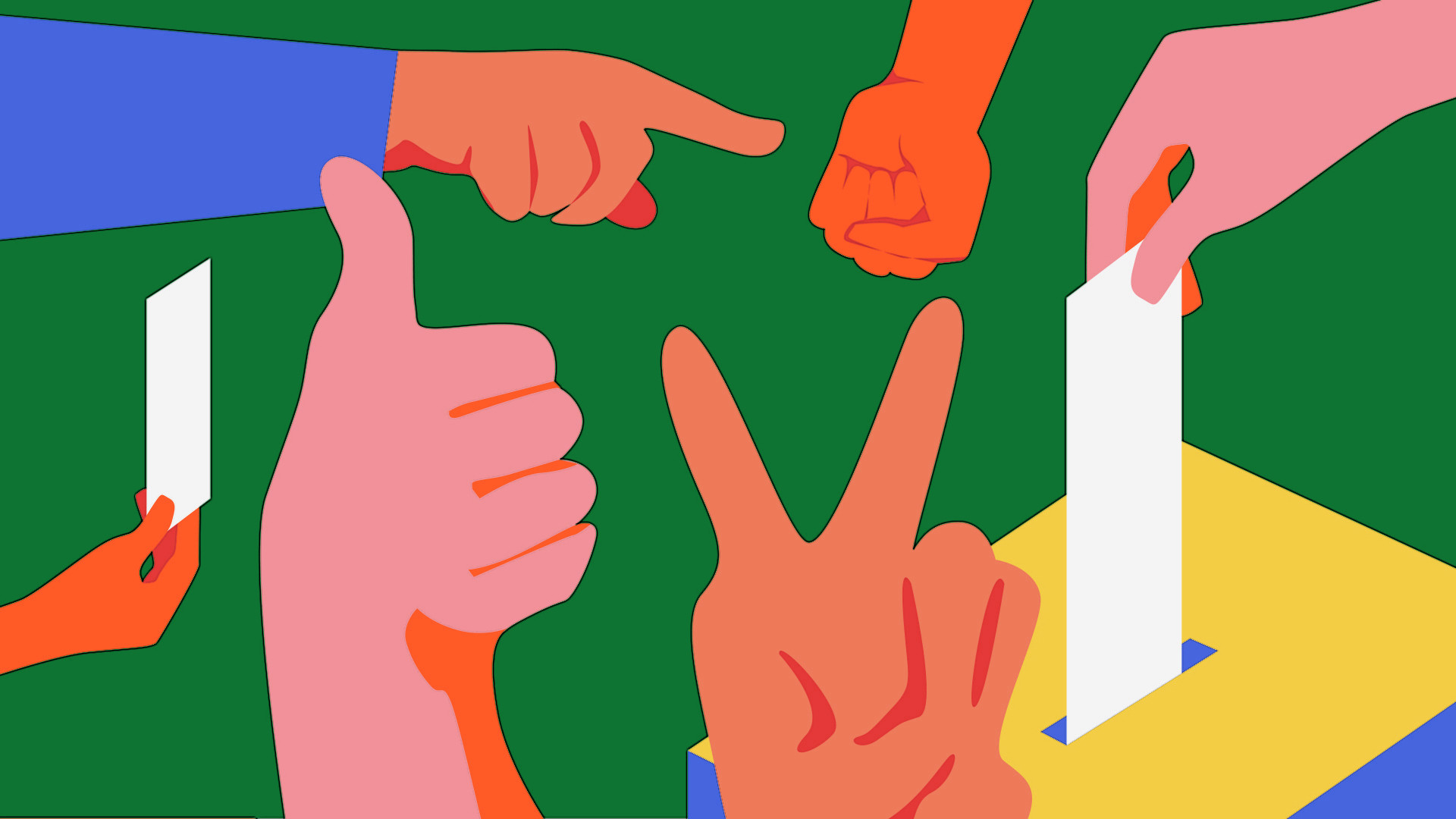 On the whole, American youths are more politically engaged than their Russian counterparts (53 percent of eligible young voters participated in the last election). They also seem to be much more emotionally invested in politics, whereas Russians, on the whole, tend to be more apathetic, accepting and less emotional about most political issues they feel they have little impact on, perhaps partly because changes in Russia tend to be slow and linear – a curvy road in a single direction, whereas America’s two-party system tends to be very volatile, where officials elected to office try to realize as much of their personal agenda as they can, before losing their seat to the opposition party. Moreover, there is a ubiquitous and relentless cultural emphasis placed on voting, a process not seldom described as rare and sacred. 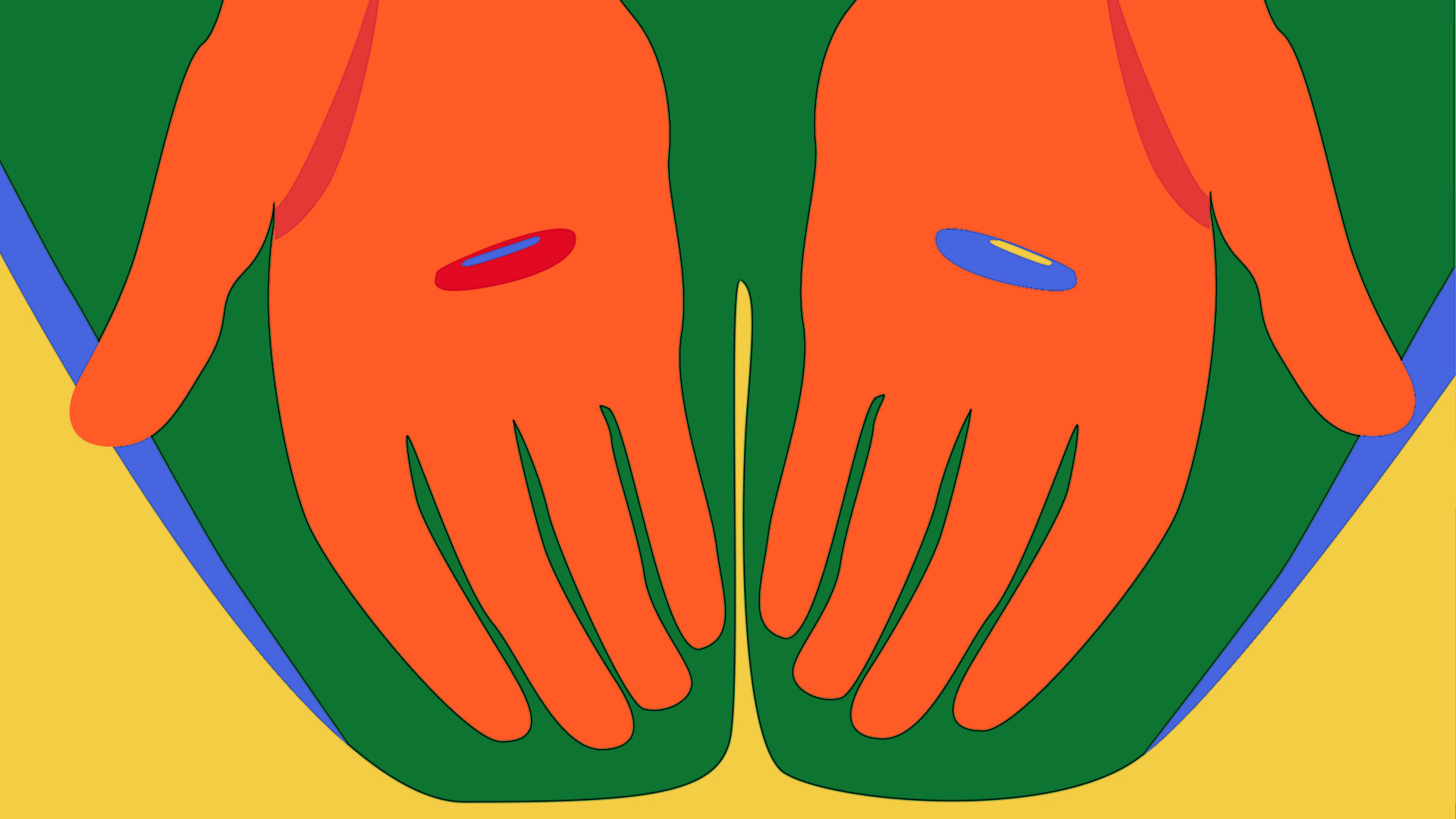 Americans, including adolescents, tend to medicate immensely and certainly more than Russians (despite one being able to find an apteka [pharmacy] literally on every street corner). Around 25 percent of Americans between the ages of 12 – 19 use prescription drugs, the most common type being central nervous system stimulants, including “study drugs”. For many, it’s part of their daily routine. Moreover, adolescents often have access to counsellors at their high schools, while others see private ones. It’s not an uncommon practice.

Mental health in Russia, however, tends to be more stigmatized and counselling tends to be rare, especially among youths. Pharmaceuticals, meanwhile, tend to be used only when necessary – “study drugs”, are practically non-existent – and Russians exhibit a skepticism towards prescription drugs outside of particular instances where they are considered necessary (when someone is sick, for instance). 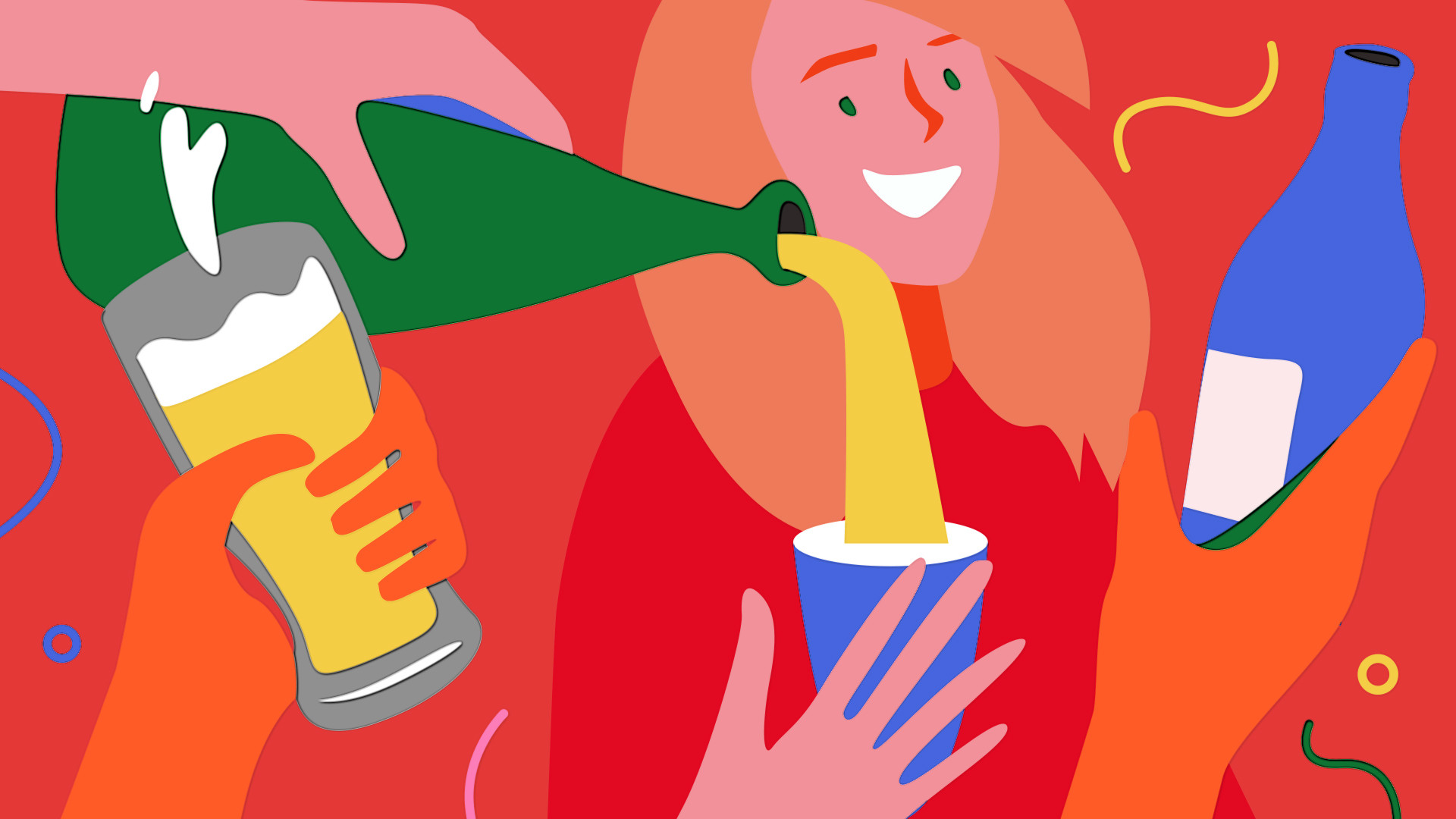 Youths in both countries tend to drink alcohol well before the legal age, which is 21 in the United States and 18 in Russia, where drinking is more common. Teens between the ages of 12 and 20 drank just over 10 percent of all the alcohol that is consumed in the United States and around 90 percent of that was binge drinking (when 4 or more drinks are consumed on one occasion, often leading to a blackout), with over 4 million teens binge drinking one or more times per month. Binge drinking also occurs in Russia, but Russians tend to drink alcohol more casually, too, often with adults (and especially with families).

But overall, drinking rates among youths have declined in both countries and in Russia especially, as alcohol consumption as a whole has decreased by about 43 percent between 2003 and 2016 according to the World Health Organization (WHO). Late teens that drank weekly fell from about 25 percent in 2002 to around 8 percent in 2014. A similar decline can be observed in youthful drinking in the U.S. 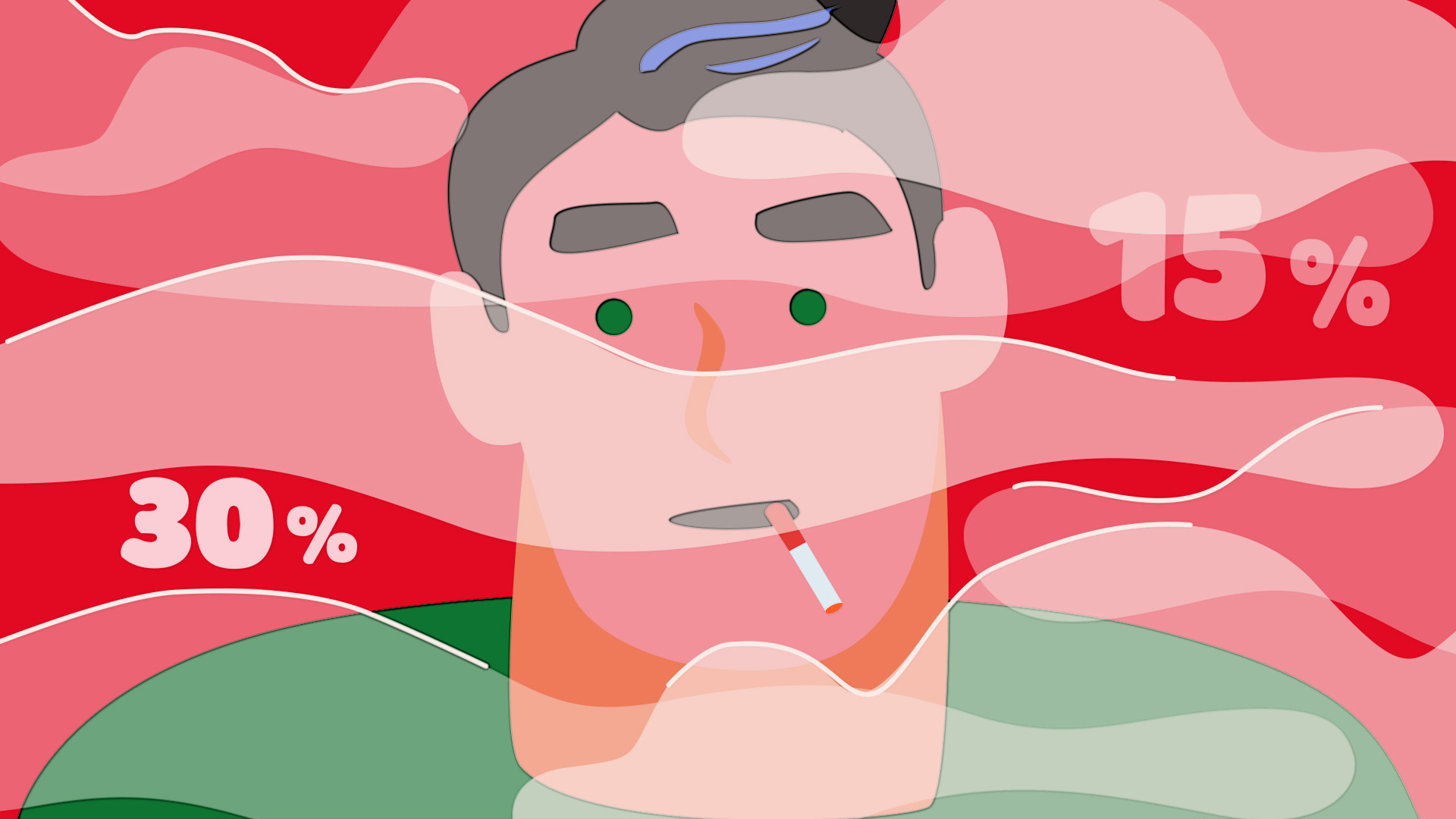 Although these statistics are inexact, they speak to the fact that smoking is a much more dominant part of Russian culture. People regularly smoke in the streets, at work and class breaks at school and university, whereas in the U.S., smoking is far more culturally discouraged and even looked down on. In states like California and Washington, overall smoking levels go as low as 10 percent. Of course, many U.S. states now allow for other kinds of smoking, but tobacco is no longer remotely as common as it was in the United States throughout the 20th century, whereas in Russia it seems omnipresent.

However, regulations in Russia limit smoking in public places, restaurants, bars and even in streets that are close to certain institutions.

READ MORE: Why are Russians so generous with their cigarettes? 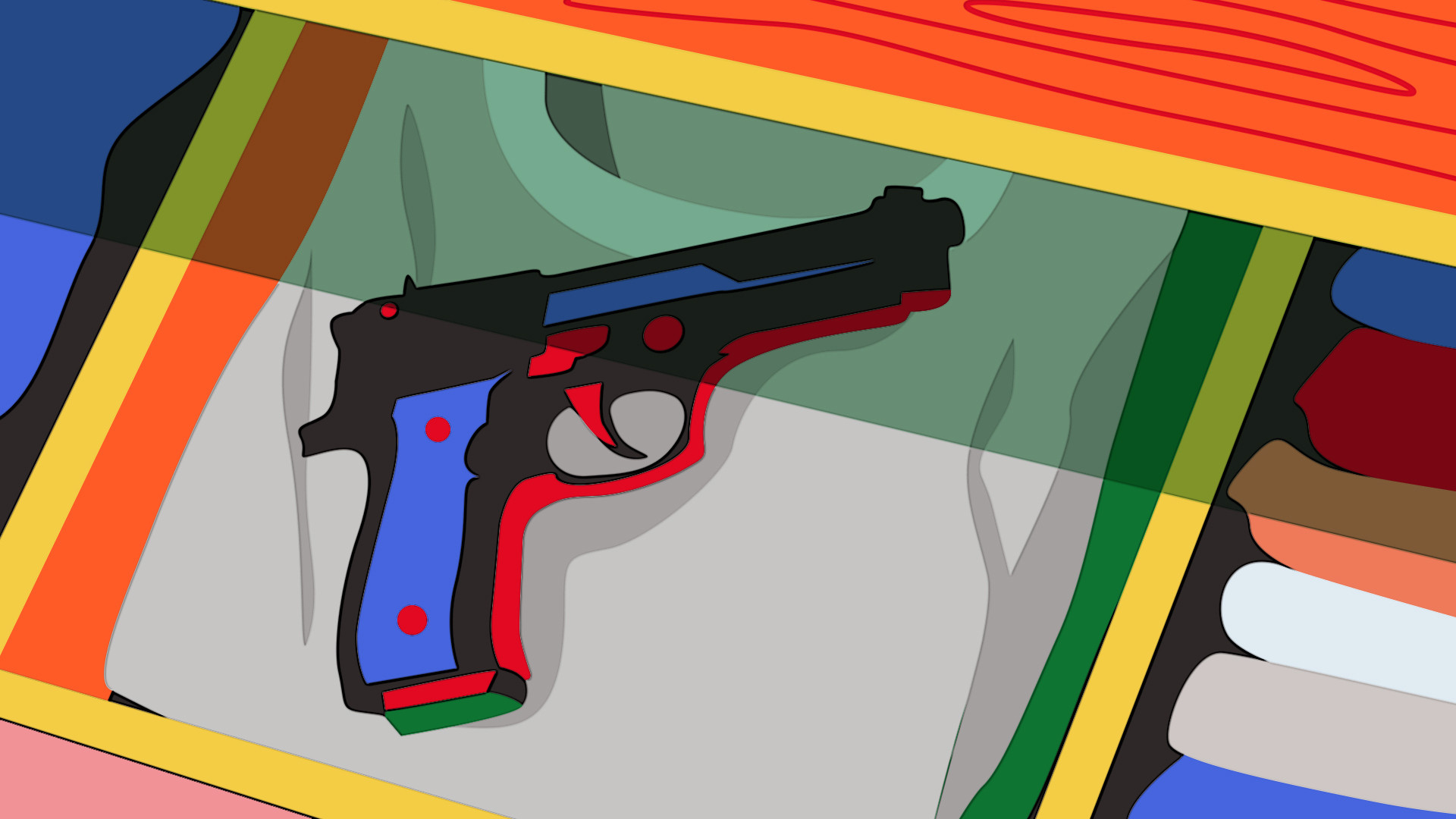 Guns are one of the defining features of American culture, dating all the way back to its Second Amendment. It’s become an immensely heated topic in recent years, due to rising and destructive gun violence, but that has led to no significant restrictions to an American’s right to bear arms. Indeed, household gun ownership in the U.S. has steadily remained in the range of 40 percent for the last half century, with sales peaking this past year.

And although federal U.S. law prohibits handgun ownership below the age of 18, it has no minimum age for long gun ownership (such as shotguns). In 30 states, it’s legal to own a long gun, regardless of a person’s age, although purchase is illegal before the age of 18. However, a gun can be bought and gifted by an adult, such as a parent, for instance.

In Russia, meanwhile, guns are rarely owned or seen outside of hunting homes, although they can also be purchased for self-defense or sports. Owning any kind of firearm before the age of 18 is illegal, at which point they become subject to extensive background checks that disqualify candidates with mental illnesses and substance abuse. If they pass all the necessary tests, they receive a five-year renewable license.

What do Russians think of guns? An American seeks answers

Gun culture in Russia: How does it compare to the U.S.?

What do Russians think about legalizing guns in the Motherland?

How Russians lost their own 2nd Amendment: The right to bear arms 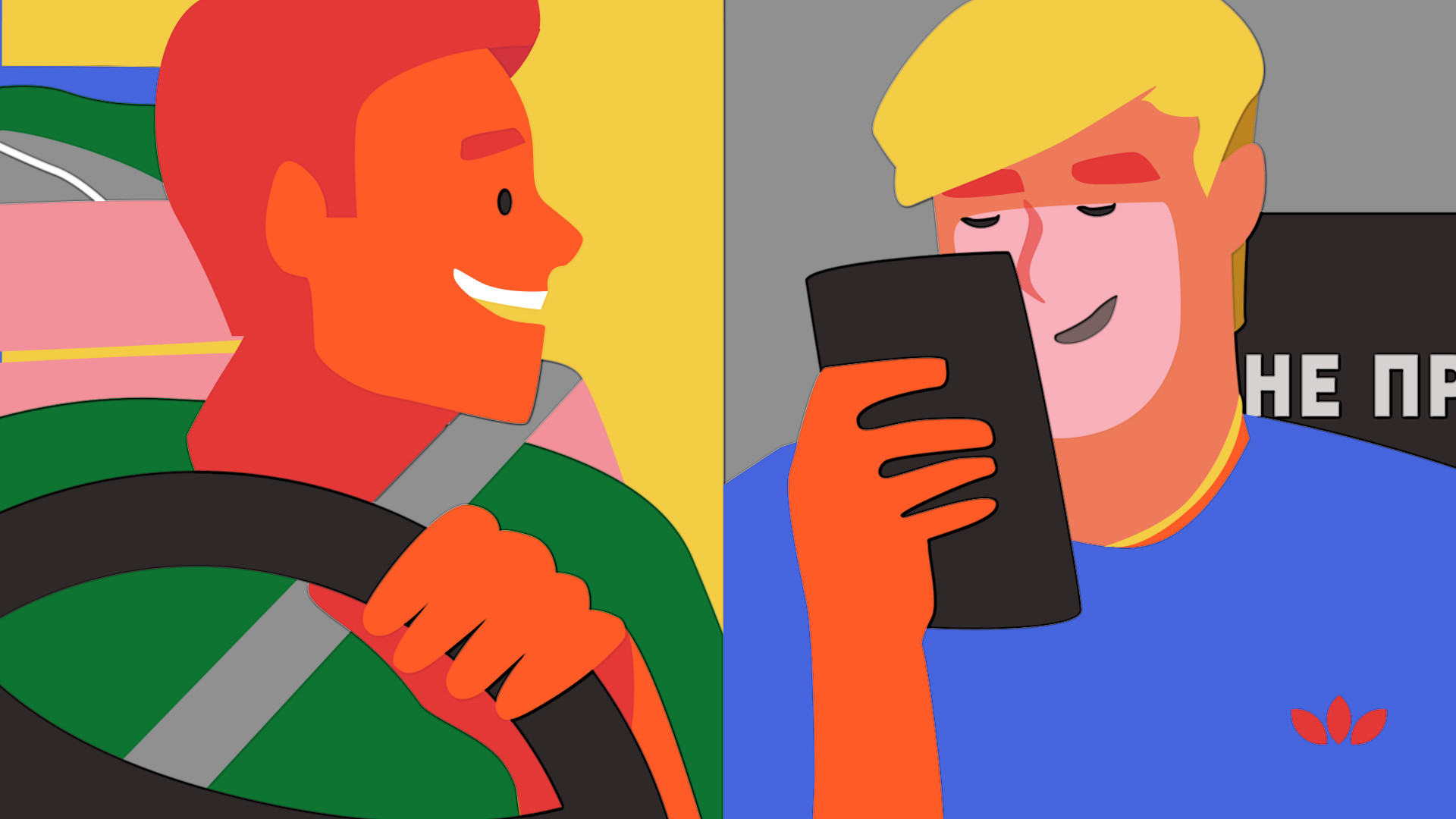 Americans can drive from the age of 16 and most do, as many U.S. cities are specifically designed for cars – highways cut through cities and connect them, suburbia is filled with innumerable cul-de-sacs – so if you’re going somewhere in the U.S., chances are, you’re taking a car.

In fact, 76.4 percent of American commuters drive to work alone daily. Moreover, driving for hours at a time across or between cities isn’t considered irregular, so much as part of the norm, whereas in Russia, about 49 percent of families don’t own a car, 34 percent own one and the rest own several. Thus, although driving in Russia is very common indeed, outside of driving to one’s ‘dacha’ or embarking on particular trips across the country’s large expanses, long drives don’t tend to be very common in daily Russian life.

Taking this into account, the U.S. is a much more mobile society, as far as cars are concerned, whereas Russians tend to rely more on efficient public transport, especially in urban areas (70 percent of Moscovites use it in favor of cars, according to Moscow Transport department) and walking – the latter is something we tend to do regularly for our own pleasure, too, which isn’t as common across the Atlantic.

The amount of other differences between the youths of both countries is endless, but so are their essential similarities. There are so many of them, they may in fact be inexhaustible, for no other reason than whether a person is young here or there, they are, fundamentally, human. And if one thing can be traced back from our earliest civilizations to our most contemporary ones, it’s that no matter where and when one lives, humans, fundamentally, don’t vary very much. But the differences, like the devil, are in the details.