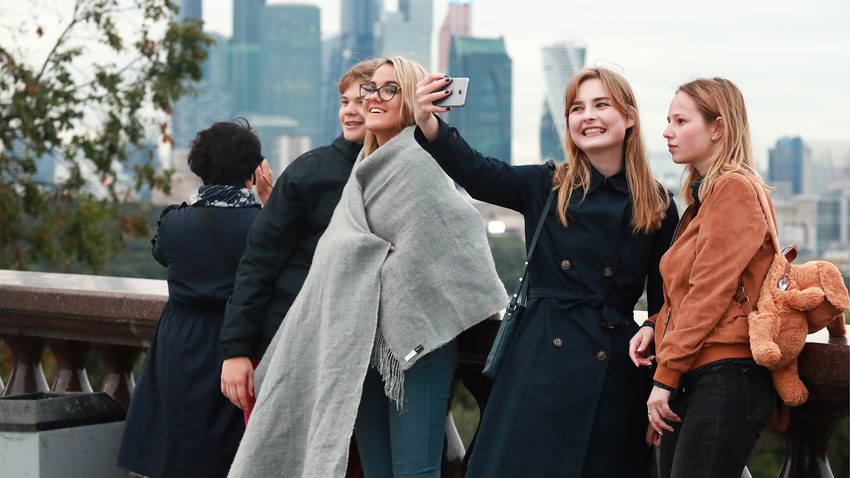 Sergei Fadeichev/TASS
What can you do in Russia's Top 3 tourist cities — Moscow, St Petersburg, Sochi — completely free? We’ve compiled a list of the best ways to spend time not money.

Museums and galleries. Every third week of the month, several dozen state museums in Moscow can be visited free of charge. During this week, each offers its own free day. For example, Tuesday at the Moscow Museum of Modern Art, the Multimedia Art Museum, and the Gulag History Museum, and Sunday at the Ilya Glazunov Gallery. 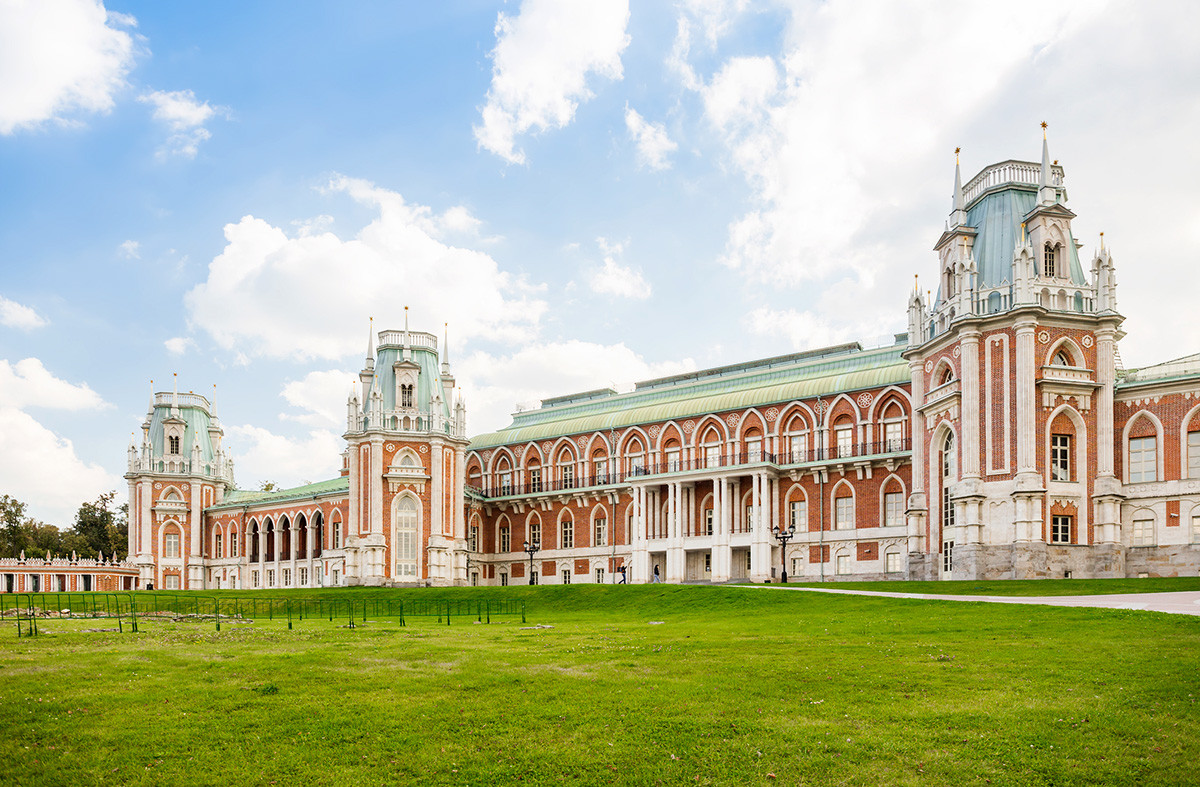 Regardless of the day of the week, Moscow’s churches and monasteries always have free admission, including the Cathedral of Christ the Savior, Donskoy Monastery, and Novodevichy Convent. In addition, the Lenin Mausoleum has free entry (see here for details), as do the spacious parks of Moscow’s best-kept estates: the grand Tsaritsyno and Kuskovo, and the medieval Kolomenskoe. Plus, all museums and exhibitions on the territory of the newly restored VDNKh are free until the end of 2020 in honor of the 80th anniversary of the exhibition complex.

For fans of contemporary art, the Winzavod and CUBE centers each have around dozen galleries. 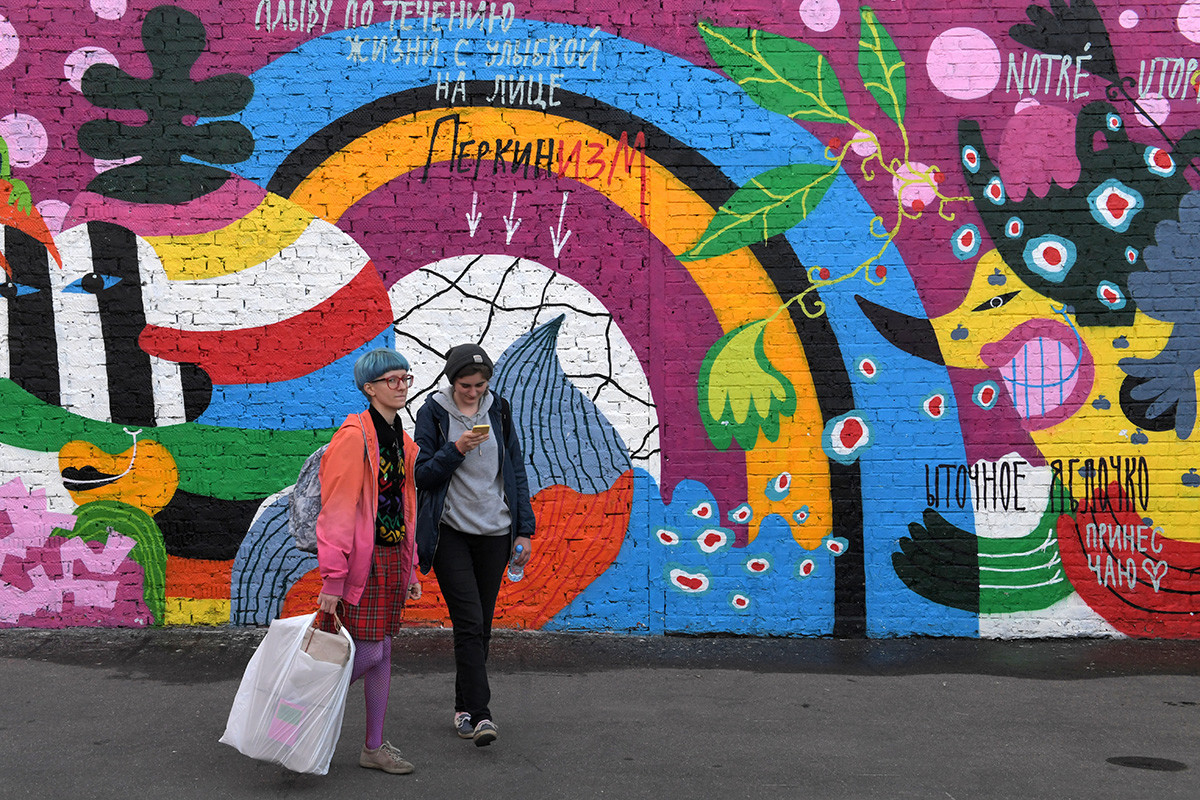 Viewing platforms. A panoramic view of Moscow opens up from Sparrow Hills, the most popular free observation point (Vorobyovy Gory metro station). Nearby is another spot, one that not so many tourists know about. This is the viewing platform of the Russian Academy of Sciences. From a height of 60 m, it offers views of the Moskva-City skyscrapers, the Moscow State University building, the Cathedral of Christ the Savior, the Kremlin towers, St. Andrew’s Monastery, and much more. It is located approximately 700 m from Leninsky Prospekt metro station. 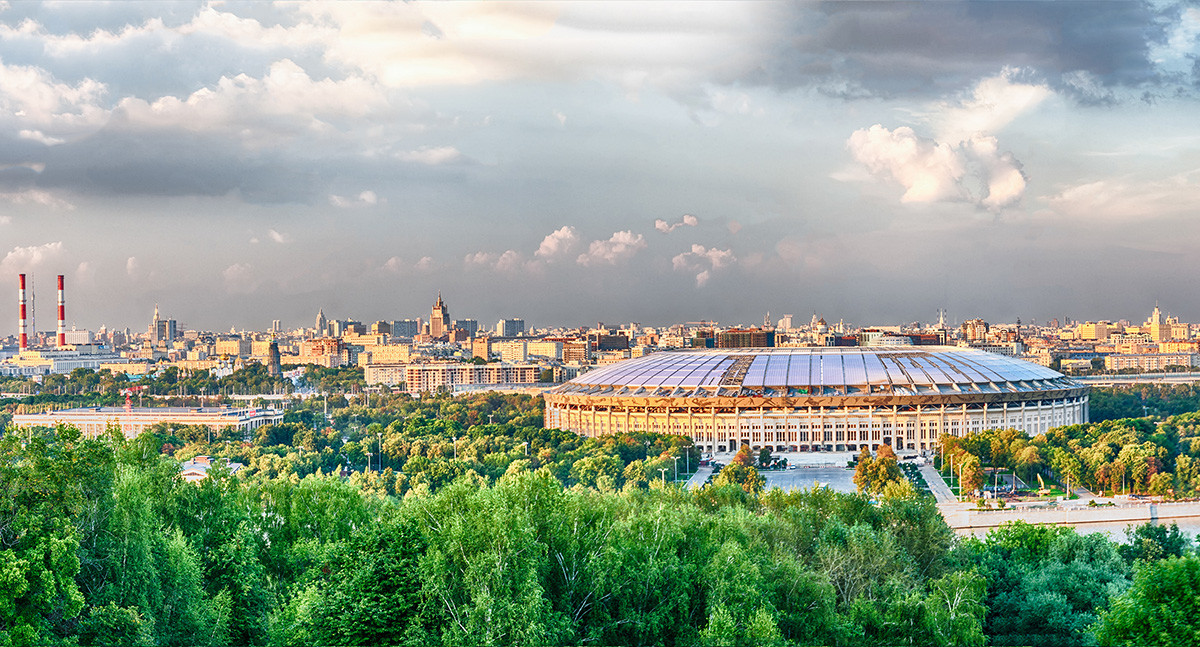 Music and dancing. Every last Sunday of the month at 3pm, the Moscow Central Church of Evangelical Christians-Baptists holds free concerts of organ music: Bach, Mozart, Handel, Tchaikovsky. But get there early, because it’s popular.

In summer, you can enjoy free open-air dancing in Gorky Park. For lovers of Latin American dance, the traditional meetup point is on the embankment next to Andreevsky Bridge, while for ballroom dancers it is Pushkinskaya Naberezhnaya (Pushkin Embankment). 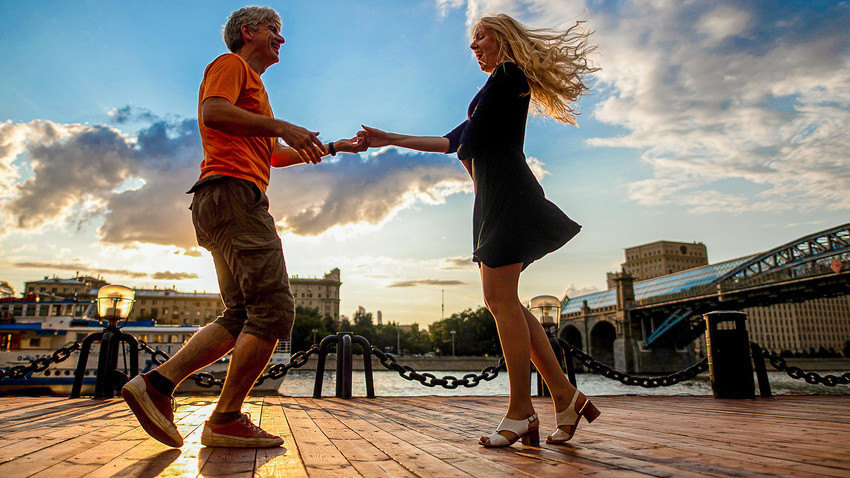 You can spend the night chilling inside one of Moscow’s clubs: the veteran Propaganda (techno/house); Tema Bar (pop/rock), where you can even shake your stuff on the bar counter; LOOK IN ROOMS (pop), a club on Tverskaya street; and Jagger Bar (classic rock/rock’n’roll). Entry to all of them is free.

Main festivals. In 2018, Moscow received the prestigious international IFEA World Festival & Event City Award for its no-cost public events. There are indeed a lot of them. Besides unique one-off occasions, there are annual holidays, such as Russia Day on June 12 and the Moscow Time festival (city-wide concerts, shows, master classes); also in June, a book festival is held right on Red Square.

On the first Saturday of autumn, the Russian capital celebrates Moscow City Day, with concerts, fun, and fireworks throughout the city. And in late September, there is the traditional international Circle of Light festival, at which light designers from around the world use projections, lighting installations, and pyrotechnics to turn the city into a swirling luminescent ball of experimentation.

Before Lent (usually late February, depending on the calendar), there is Maslenitsa (Shrovetide) — a Slavic celebration of the end of winter that is full of folk customs, the main one being pancakes. Maslenitsa is a weeklong festival, and the most dazzling shows are held on Manezhnaya Square, in front of the State Historical Museum.

Internet. Nothing is easier in Moscow than finding free Internet. It’s in the subway, buses, trams, trains, parks, cafes, restaurants, and even outside in the street. See here for our how-to-connect guide.

Museums and galleries. Like in Moscow, most museums and galleries in St Petersburg also have a free day. For example, at the Hermitage, Kunstkamera, and the Zoological Museum, it is the third Thursday of every month (also May 18 and December 7 at the Hermitage); at the Naval Museum, where the exhibits of maritime equipment alone number 13,000, it the last Wednesday of each month (including the affiliated Cruiser Aurora Museum onboard the actual vessel). 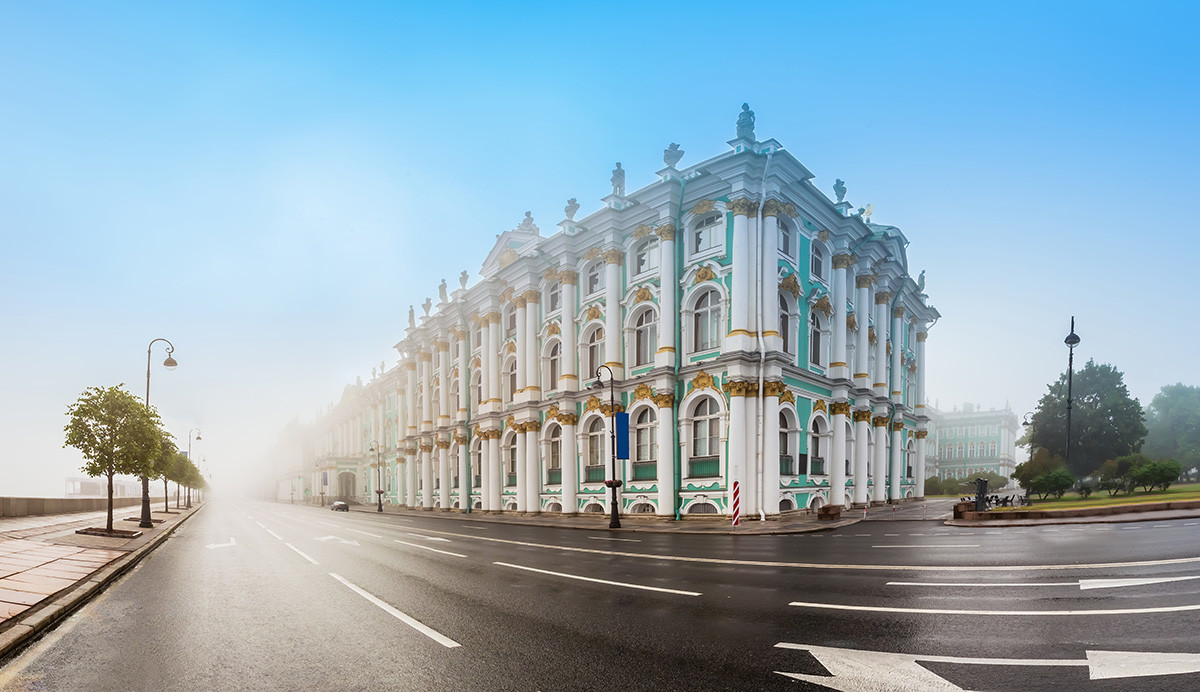 Under 18s are admitted to the State Russian Museum for free on the 18th (what else) day of every month.

And there is always free admission to the Peter and Paul Fortress. This does not apply to prisons, tombs, and expositions, but it’s possible to roam around the fortress without a ticket. The same is true of Peterhof, the “Russian Versailles”: the upper and lower parks with gilded fountains, green gardens, and quiet alleyways are themselves an outdoor museum, and it’s all for free (a ticket is needed only to enter the palace).

For modern art, take a look at the Etazhi (Storeys) loft-project (74 Ligovsky Prospekt), featuring five storeys of exhibitions, galleries, and lectures, many of which are free to enter. Besides, it's just an interesting place to visit right at the nexus of the city’s street culture and fashion.

Among St Petersburg’s hundreds of parks and squares, locals are especially fond of New Holland — a few years ago this former island-based timber warehouse got converted into one of the city’s most popular urban spaces. Lounge on the grass, play frisbee or badminton, have a picnic, or look at the art (it’s here too — you're in St Pete, after all).

Music. The cultural showcase of St Petersburg opera and ballet, the Mariinsky Theater (known locally as Mariinka) invites everyone in for free every Wednesday. Classical music concerts are held here in the Stravinsky Foyer, with a repertoire from Bach and Mozart to Britten and Gershwin. To enter, you need to get a free ticket from the box office. Places are limited — only 170 (in a city of 5 million).

Roofs as viewing platforms. Any St Petersburger will tell you that the best viewing platforms are the city roofs. Climbing up is a separate attraction, for which there are many specialist guides. 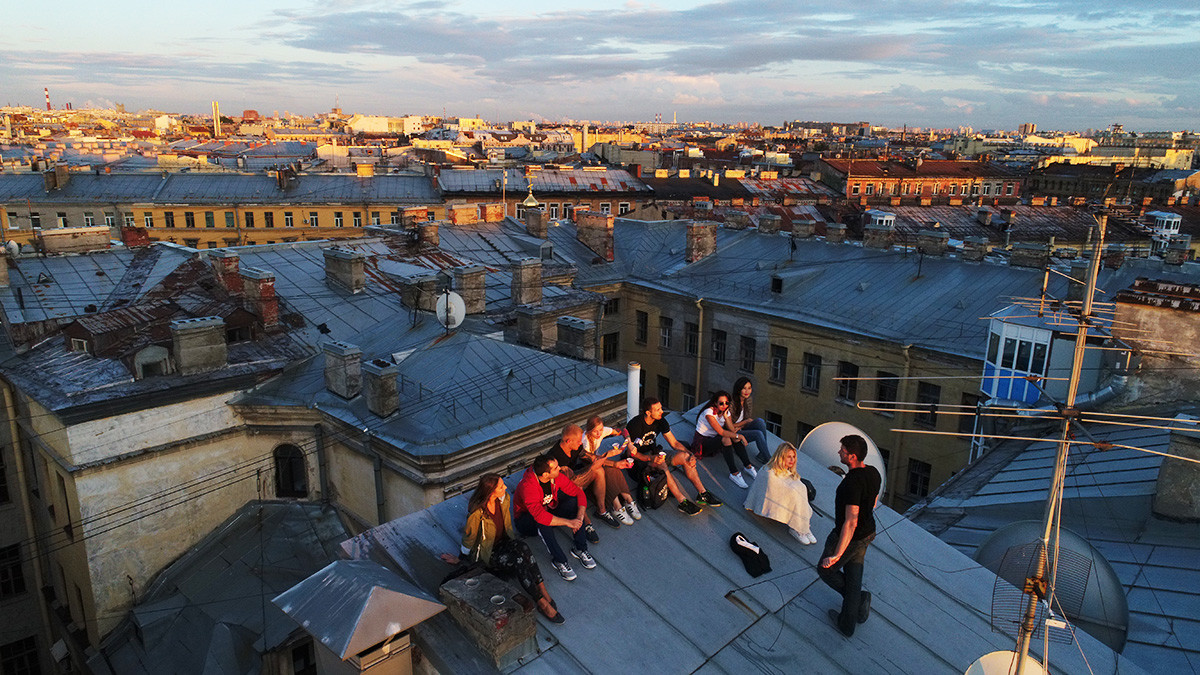 A guided tour around the rooftops in Rubinstein Street.

Roof-climbing is not illegal under Russian law, but locals may object. Nevertheless, as long as safety precautions are taken, it is a unique and satisfying experience. Finding an open roof will not be easy, but if you get to know some locals, they will point you in the right direction (probably upwards).

Main festivals. One of the most eye-catching events in St Petersburg takes place in late June. The White Nights festival (dedicated to the famous white nights — when dark falls only for a couple of hours) and high-school graduation are both celebrated as part of the annual Scarlet Sails show. The event includes free music and ballet performances, a light show, and a pirate ship on the Neva. 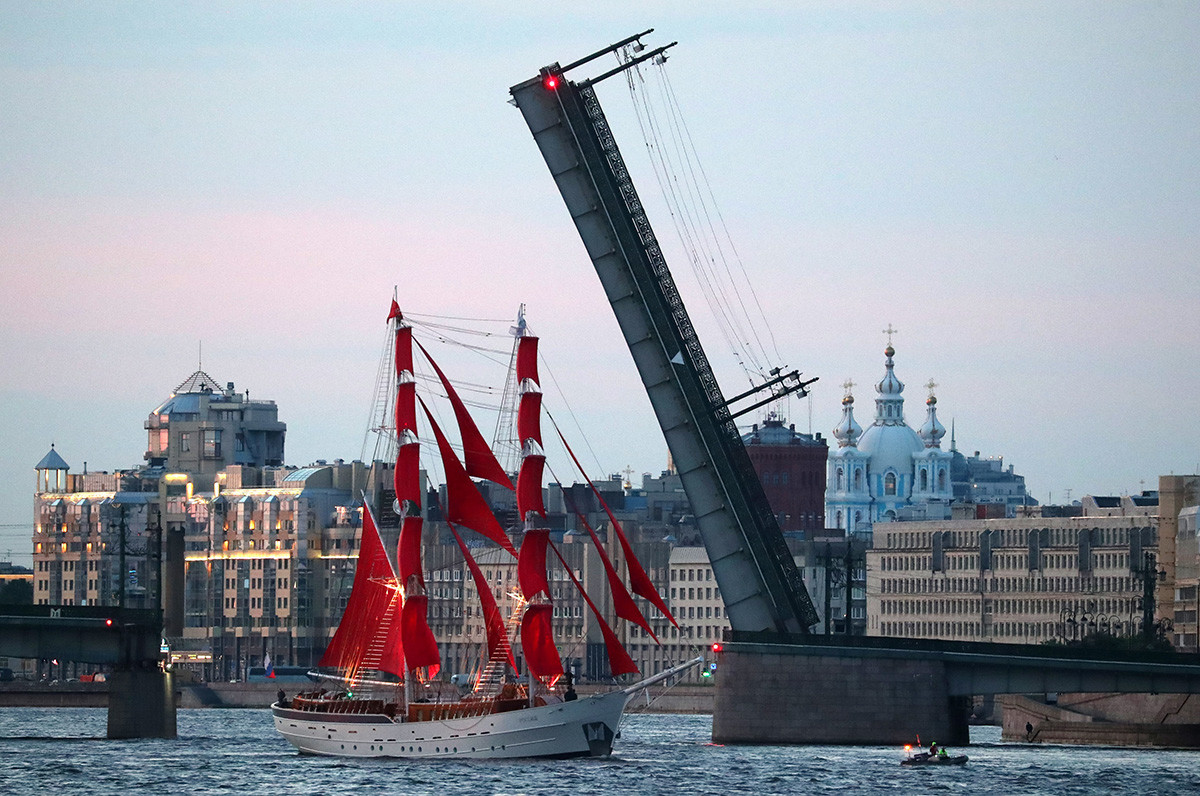 At the end of July, the city celebrates Navy Day, with mass festivities and a spectacular parade of military equipment along the Neva.

In Sochi and Adler

Museums and art objects. The resort city of Sochi has fewer free attractions for tourists. But one of them is the Sochi Art Museum; admission is free every last Tuesday of the month. Among the most illustrious exhibits are canvases by the famous Russian artists Ivan Shishkin, Vasily Polenov, Valentin Serov, and Ivan Aivazovsky. And the (in)famous summer residence of Joseph Stalin is free for children under the age of 7. 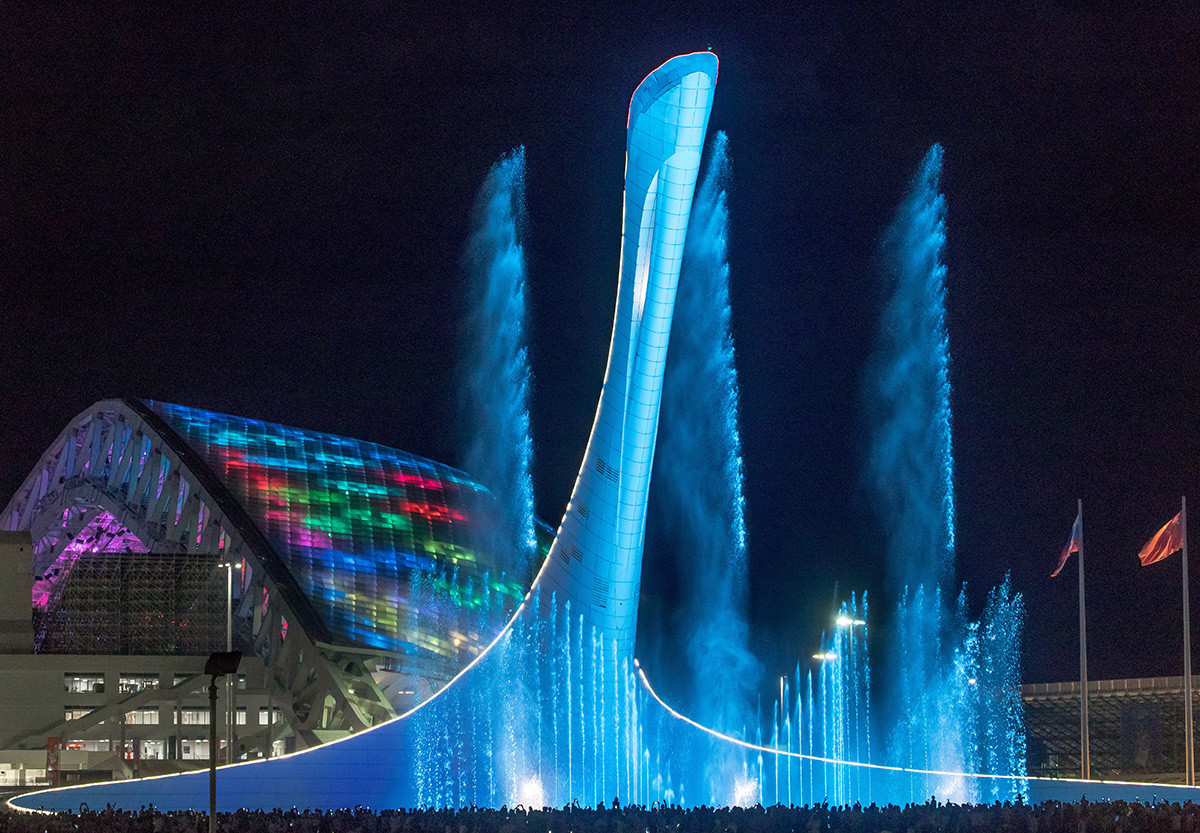 A view of Fisht Stadium

The Singing Fountains, meanwhile, are an art installation for everyone. The annual summer light show features two other municipal fountains: the first is located in the center of Sochi, on Platanova Alley; the second is in Adler in the Olympic Park (next to the Olympic flame monument). The latter is considered far more spectacular, with an "artillery" of six powerful water cannons, plus 246 weaker ones. Schedule: winter — 18.00-18.30 and 19.00-19.30; spring and autumn — from 19.00 to 20.00; summer — from 20.30 to 21.30. You can check the schedule on the park website.

Nearby the city. Sochi is surrounded by a vast conservation area, with old-growth forests, arboretums, and dozens of waterfalls. As a rule, you have to pay to get in, but not too much — there's either an "environmental fee" or a symbolic charge. The exception is Orekhovsky Falls, located in the village of Plastunka, 14 km from central Sochi. 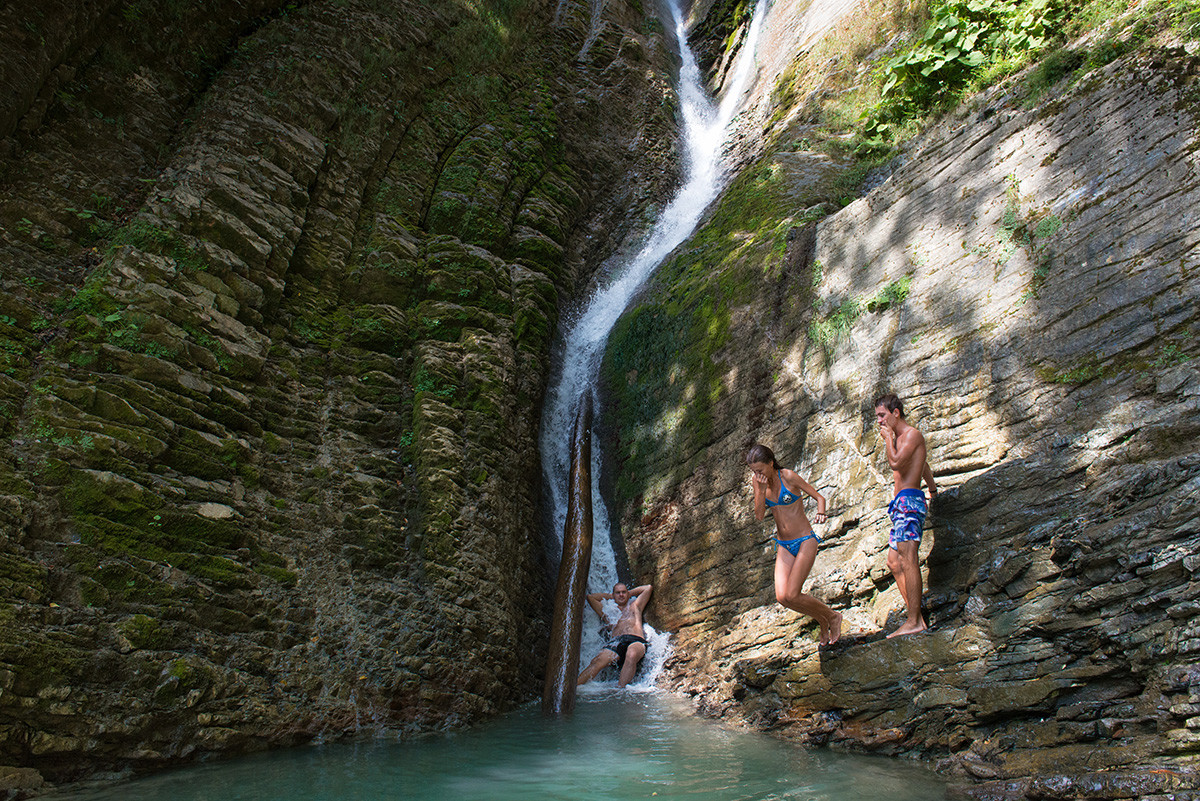 It is easily reachable by bus (half an hour), and the route wends it way through an oak and chestnut forest. There you will find a sloping path with railing, a cafe, and two springs for stocking up on mineral water.

Parks and pedestrian areas. The best activity in Sochi is walking — the nature, climate, and relaxed spa atmosphere are highly conducive to outdoor strolls. Go for a swim in the Black Sea, or visit one of the following attractions.

Historic Boulevard may not look like a classic street, but it's a pedestrian zone with a gorgeous view of the bay and port, and far fewer tourists than on the promenade. Here there are many secluded places with benches, as well as culturally significant buildings. The footpath starts from the Sochi Marine Station; the best time for a stroll is sunset. 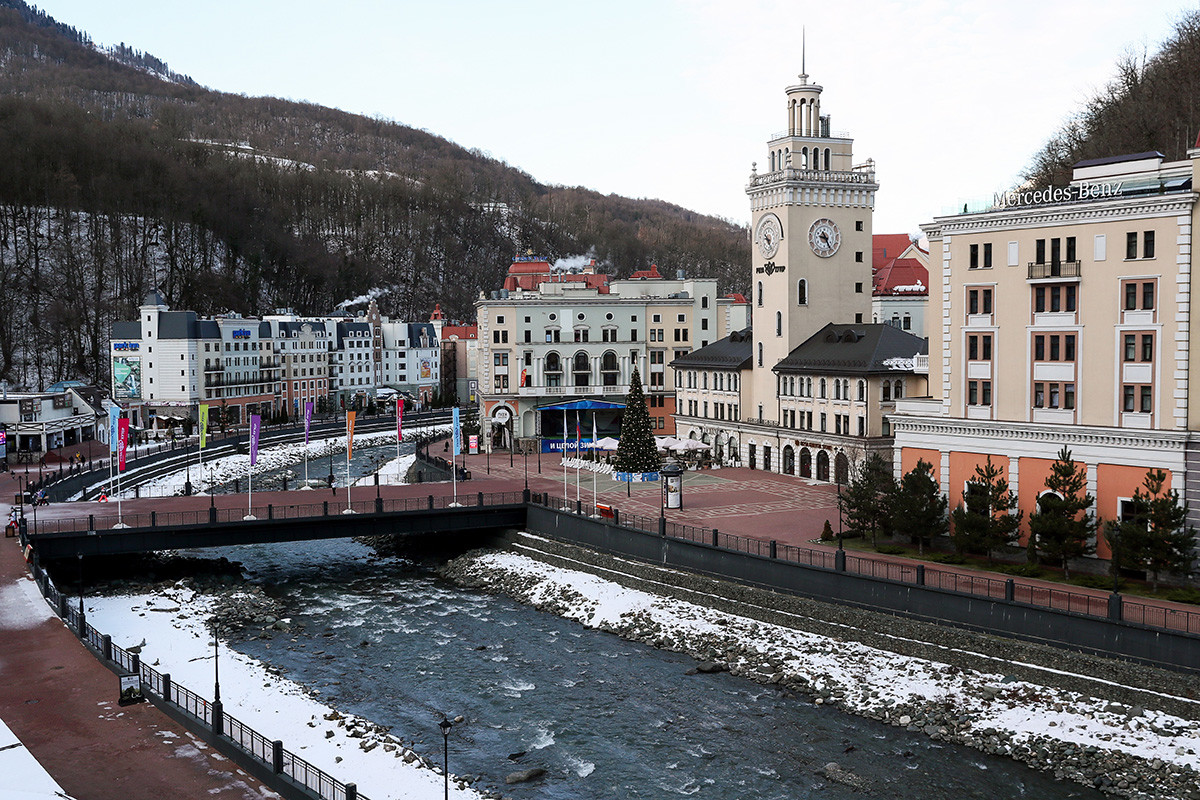 The coastal Riviera Park is packed with street-art objects, the most famous of which is the bright-red Lenin mosaic, a place of pilgrimage for connoisseurs of Soviet aesthetics.

Krasnaya Polyana ski resort deserves a visit even if your plans don’t cover skiing or snowboarding. It is better to come here in the daytime to fully appreciate the beauty of the surrounding mountains and stunning views of Sochi.