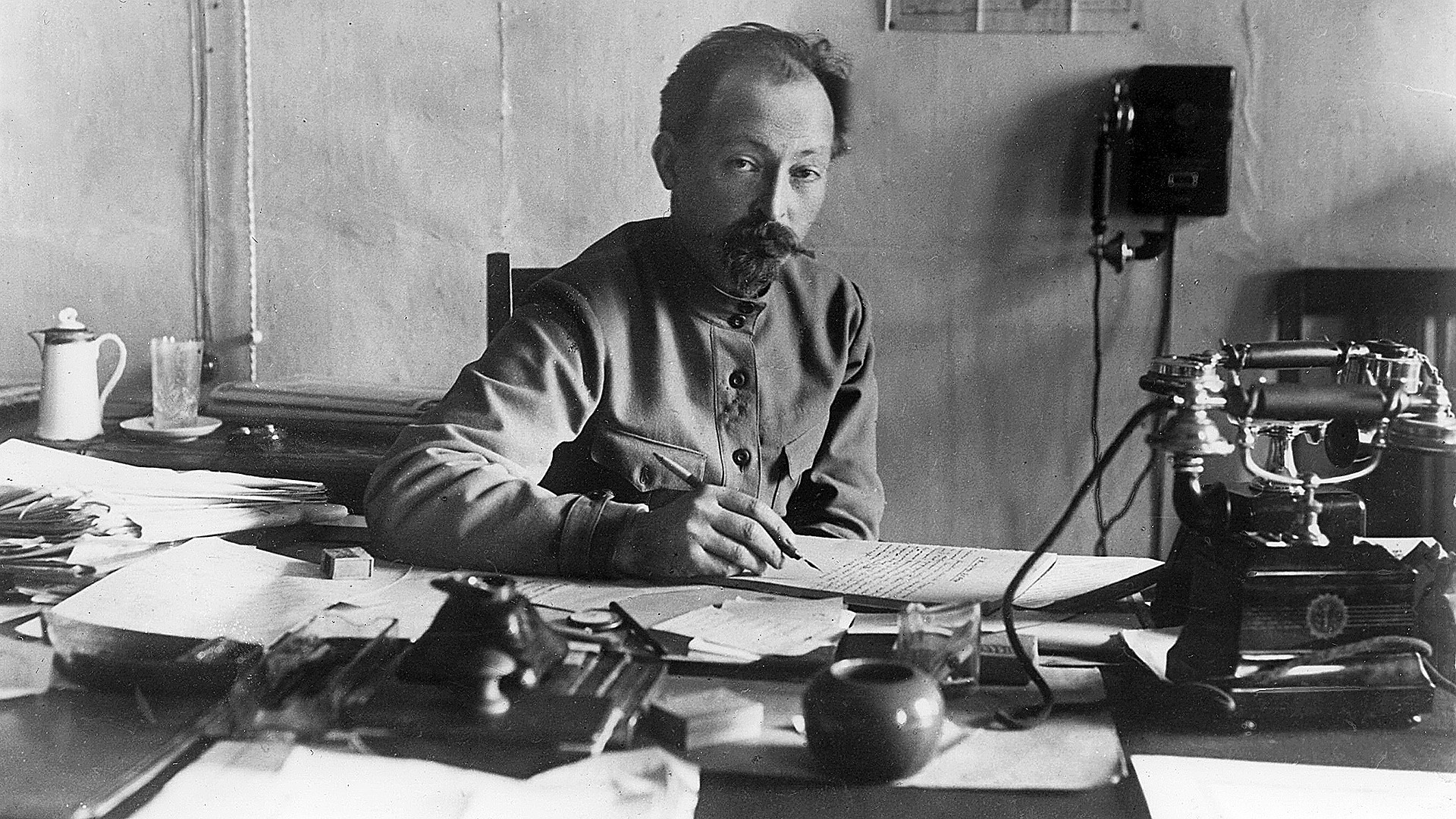 Felix Dzerzhinsky (1877 - 1926), the man who created the Soviet special services and still remains a symbol of the almighty VCheka - OGPU - NKVD - KGB.

Getty Images
Decades of working undercover, gathering information, spying and battling other spies, liquidating state enemies (both real and imagined) – the Soviet and Russian special services could do it all.

Like many other countries, Russia has had some sort of special services throughout most of its history. Ivan the Terrible (who ruled from 1533-1584) was perhaps the first ruler to establish his own special services: the fearsome  or “dog-headed people,” Ivan’s most loyal guard, were tasked with executing his enemies. They were far from being an intelligence or counter-intelligence agency, but this was, after all, the 16th century.

The Romanovs also had means of controlling the population and suppressing revolutionaries. One example was the Okhrana (the Department for Protecting Public Security and Order). For a considerable period of time this even worked (although maybe not that well, given that in the early 1900s one member, Yevno Azef, turned out to be a double agent in charge of a terrorist organization that killed several officials). 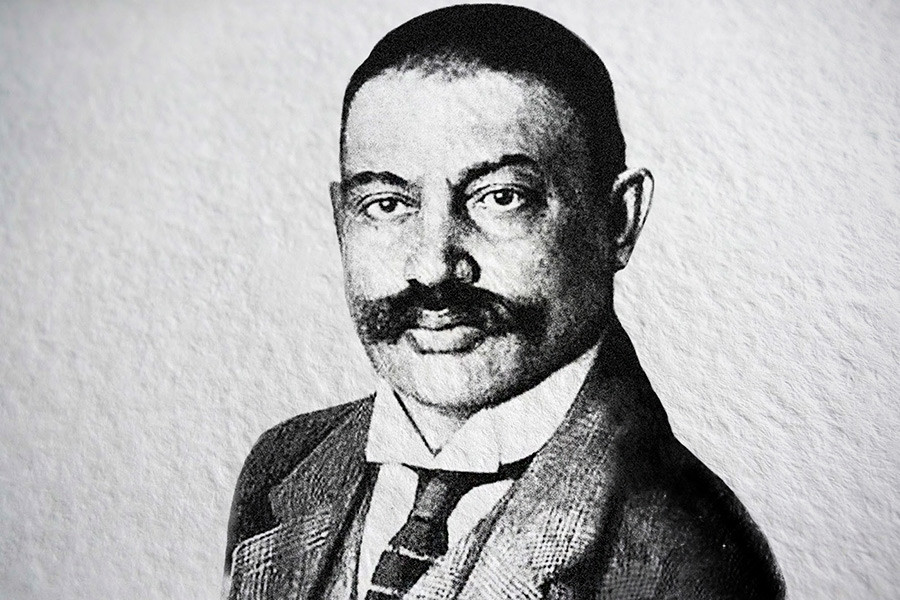 However, these special services didn’t stop the Bolsheviks from seizing power in 1917 and destroying the Tsarist regime.

Nevertheless, immediately after dismantling the old security system, the Bolsheviks started to build their own. Thus, in the late 1910s a new line of Soviet special services organizations, the VCheka–OGPU–NKVD–KGB was born. 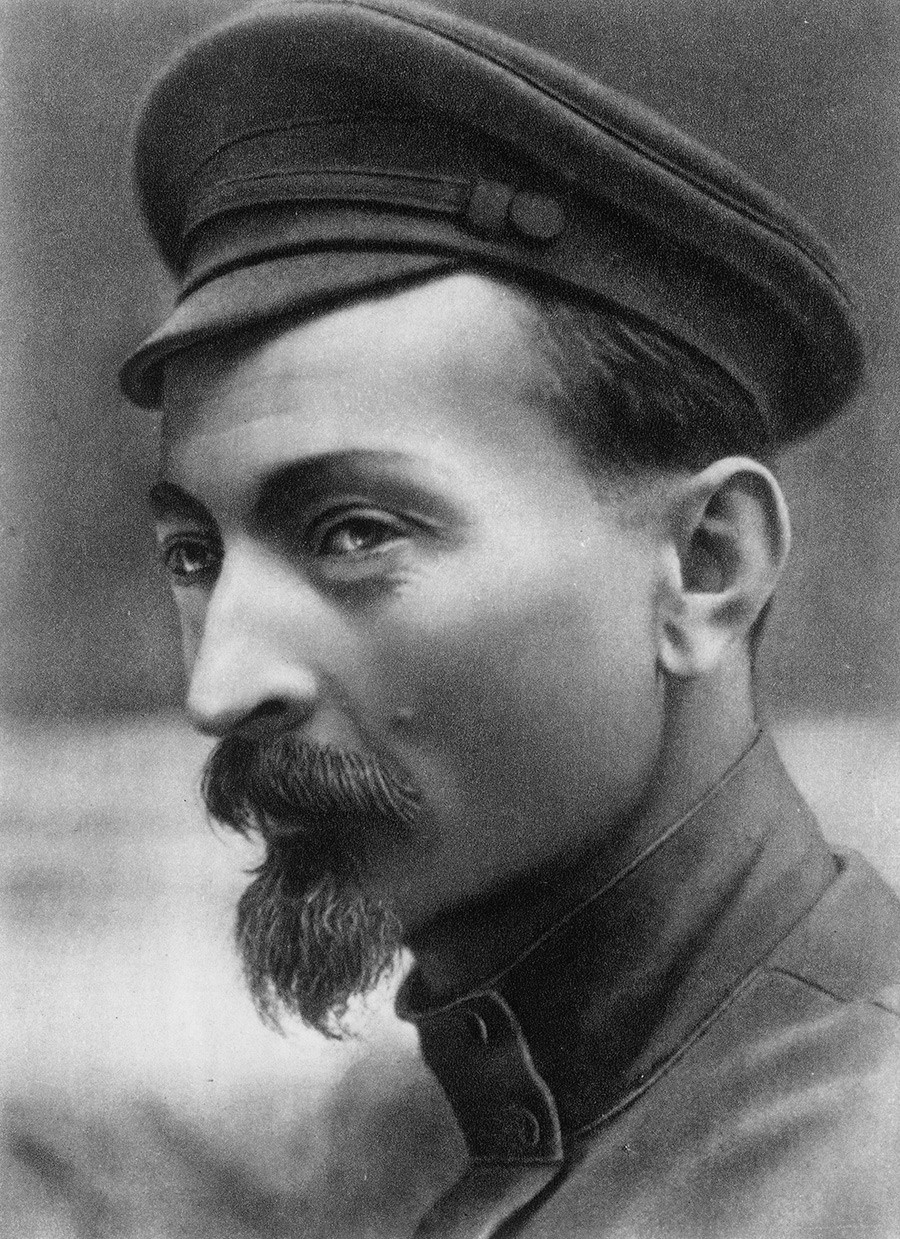 The first person to lead so-called “Chekists” (this nickname remains popular throughout Eastern Europe no matter what the official name of the agency is) was Felix Dzerzhinsky, a personal friend of Lenin’s. Brutal, thorough and ruthless, Dzerzhinsky has remained a source of controversy ever since. Even now, Lubyanka Square in Moscow – where a monument to him stood until the 1990s – remains Moscow’s “dark heart” and inspires fear among the Russian people.

Since its establishment, VCheka was focused on suppressing anti-Soviet foreign agents. Somerset Maugham, a British author and also a spy, failed to prevent the October revolution in 1917. Eight years later, “his majesty’s spy” Sidney Reilly (the prototype of James Bond who was, incidentally, born into a Russian Jewish family) – was shot by the Chekists.

The Soviet special services were especially inclined to execute those whom they – or rather the almighty Communist Party – considered enemies of the state. Even abroad, secret agents found and murdered several White Movement leaders, nationalists and, of course, Leon Trotsky, Stalin’s former rival amongst the Bolsheviks. 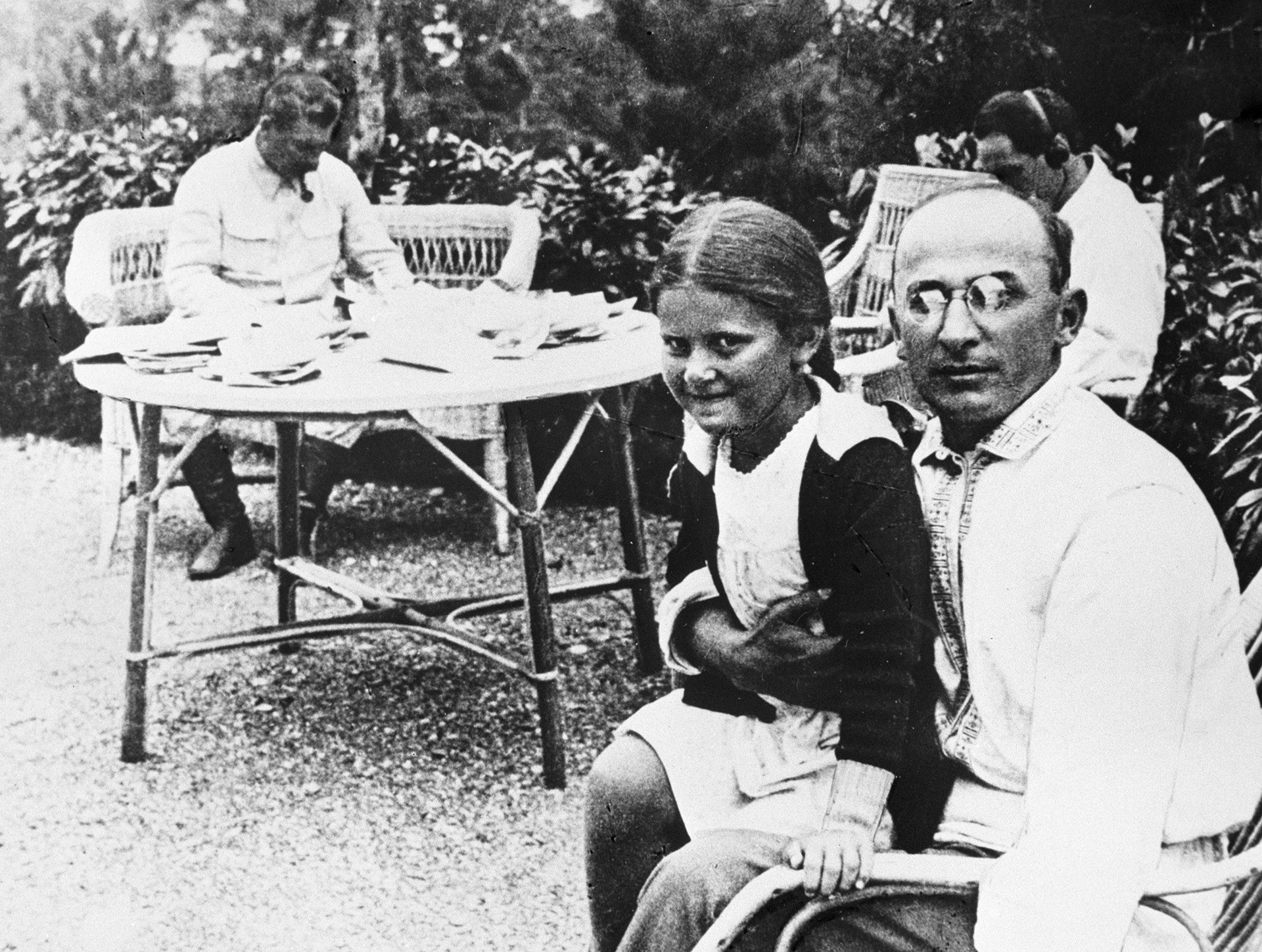 The reputation of the Soviet special services is still shrouded in gloom since it was they who conducted Stalin’s purges – in which, from 1930-1953, nearly 3.8 million people were imprisoned, and 786,000 were sentenced to death. Paradoxically, the Chekist bosses themselves often wound up being arrested, tried and shot. For example, this is what happened to Genrikh Yagoda, Nikolai Yezhov and Lavrenty Beria, three OGPU-NKVD chiefs under Stalin’s rule.

While the state security services fought enemies – both real and fake – at home, intelligence officers had a more international focus, both at times of war and in peaceful periods. During World War II, the Soviets organized dozens of successful operations that helped defeat the Nazis. 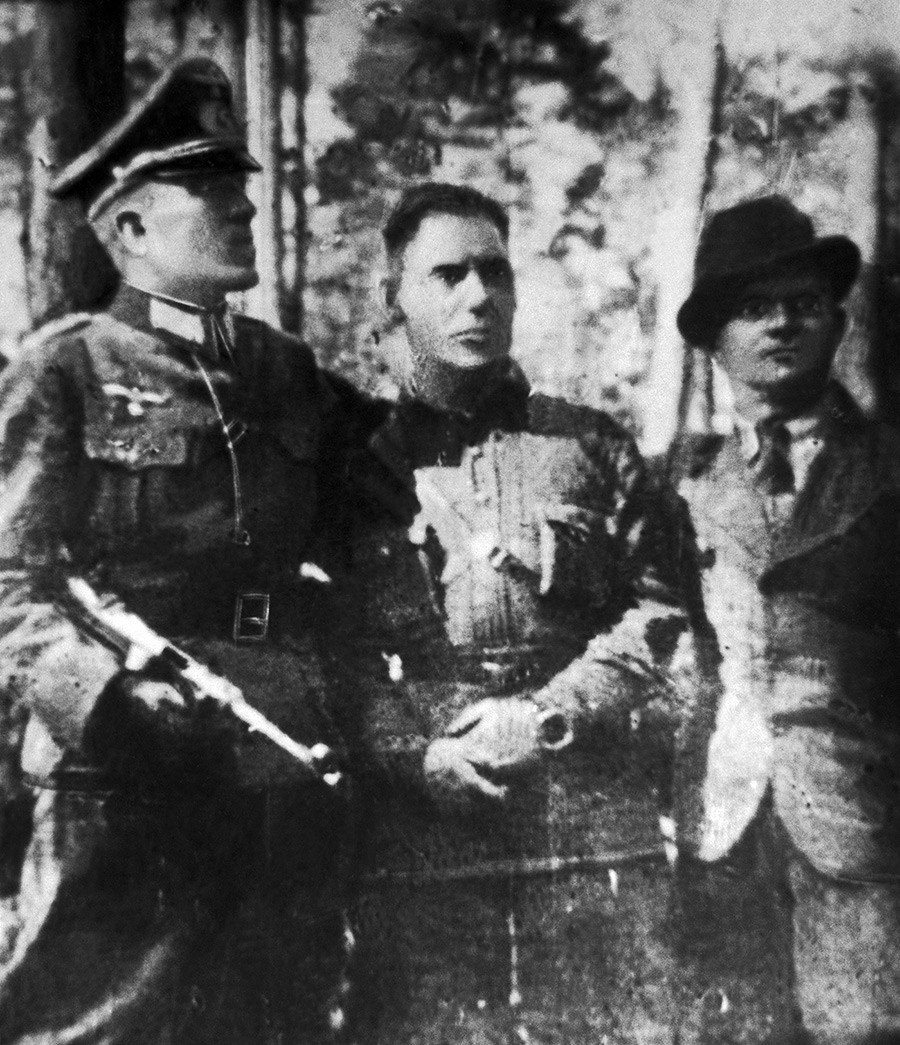 Nikolai Kuznetsov (center), a Soviet spy, captured and executed by Germans in 1944.

One of the most effective agents was the legendary Nikolai Kuznetsov. He worked behind enemy lines and relayed important information to Moscow. His boss, Pavel Sudoplatov, “Stalin’s spymaster,” coordinated the work of many agents and plotted operations that helped to defeat Germany in the battle of Stalingrad. Yet another organization, SMERSH (“Death to Spies”) effectively opposed German intelligence during the war.

The Cold War, which began immediately after WWII, provided new challenges and forced spies to master working undercover. You never knew who would turn out to be a Russian agent, from Einstein’s lover, Margarita Konenkova, to the Costa Rican ambassador to Italy (real name Iosif Grigulevich). And back in Moscow, yet another legendary spymaster, Yuri Drozdov (1925 – 2017), from the KGB coordinated the work of secret agents. 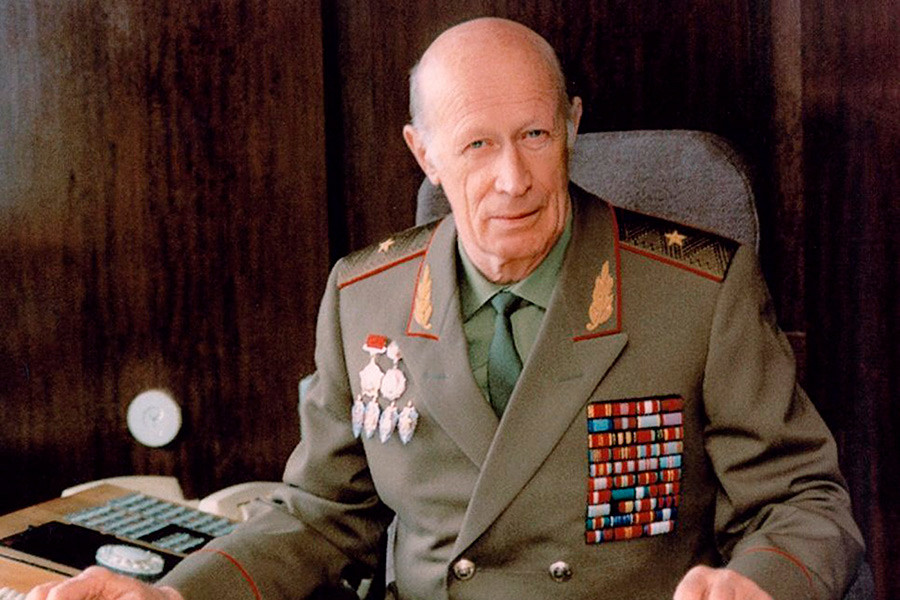 Soviet agents were known for skilled spycraft. They even wiretapped Franklin D. Roosevelt during the Tehran conference in 1943 and the United States embassy in Moscow.

Nevertheless, the CIA and other Western secret services posed a constant challenge to their Soviet colleagues. During the Cold War, many places in Moscow became real-time “battlefronts” for the Soviets and American intelligence. The collection of items confiscated by the KGB from Western spies looks very peculiar – canes with blades, guns hidden in flashlights and so on.

Of course, not all KGB officers were devoted and loyal, and from time to time they changed sides and escaped to the Western countries (colonel Oleg Gordiyevsky, for example, fled to Britain). Such defectors were of great use.

Both the KGB and the Soviet Union are long gone, but their legacy lives on. As many know, Russian president Vladimir Putin used to be a KGB officer and worked in East Germany in the 1980s. Many other prominent figures in Russia were also connected with the KGB in their past. 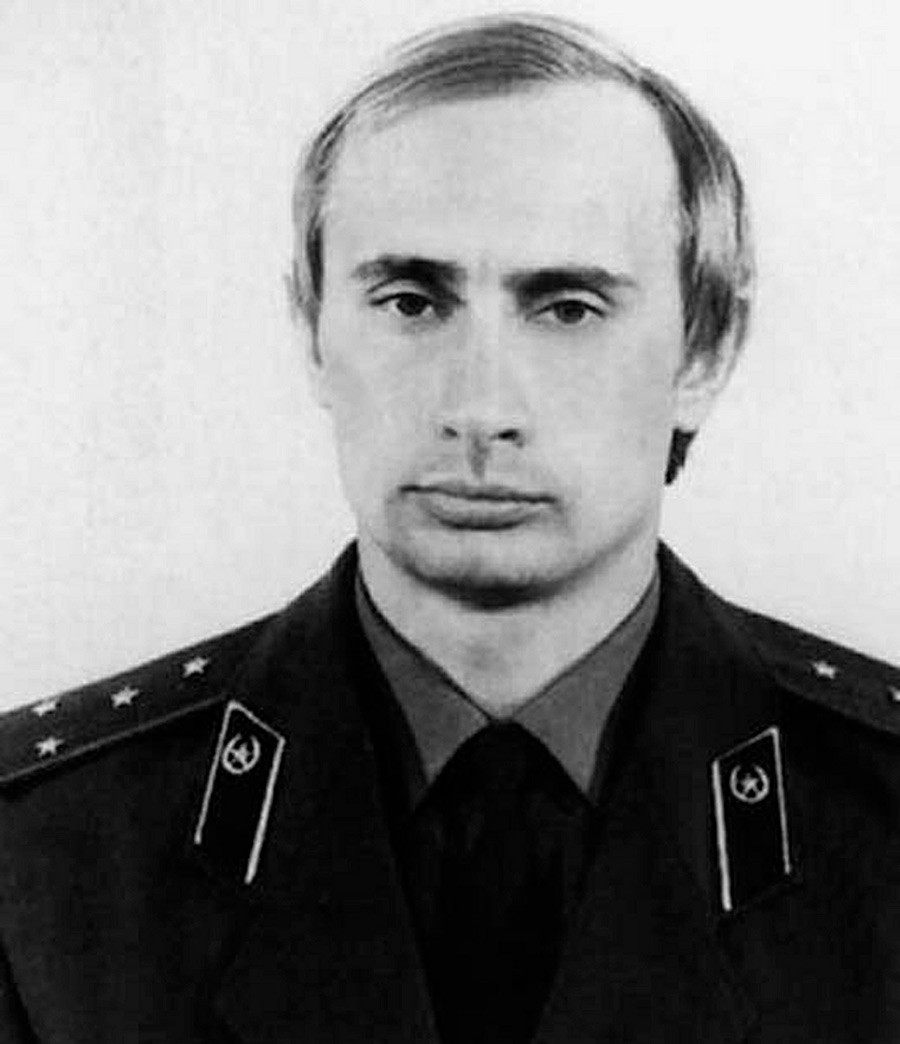 Nowadays, the special services remain as active as ever – and not just the FSB (the Federal Security Service), the KGB’s successor in contemporary Russia. There are other security services as well, such as the FSO (Federal Protective Service), which provides security to Russia’s most important people. These agencies continue to operate, but it’s become harder to know anything about the exact nature of their operations since everything is classified.

If you think you’re a real expert on the Russian security services now, dare to take our special quiz!