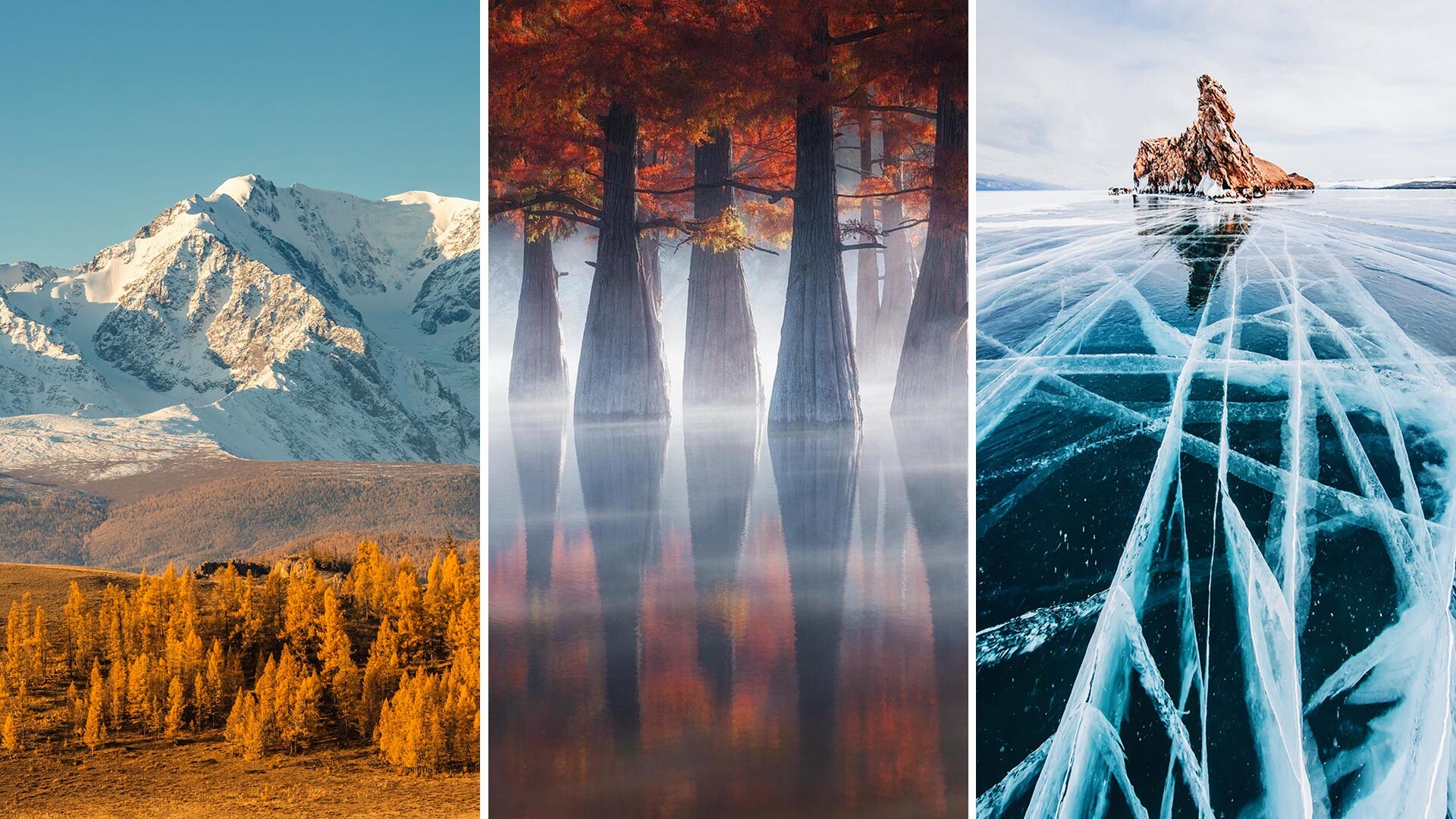 Legion Media; roman_lyubimskii
In late January 2022, the World Health Organization said that Covid travel restrictions are not effective and should be lifted. Let’s cross our fingers about the borders finally reopening - and plan on where to go first! 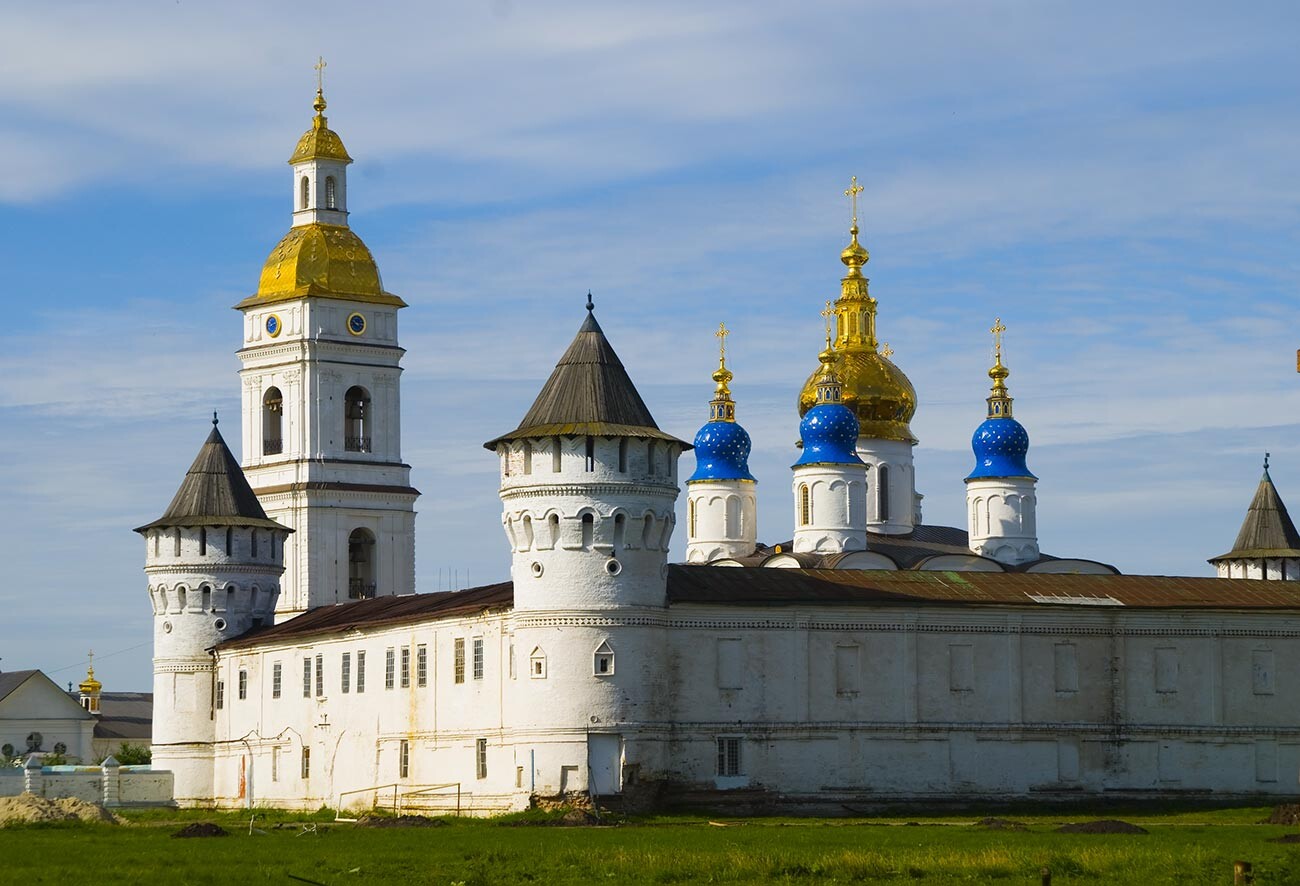 This incredible city has the only stone kremlin in Siberia. Before, it took time to get there - a plane to Tyumen and then about two hours by train. However, in the midst of the pandemic in 2021, this Siberian city still managed to open its first airport!

Tobolsk was founded in 1582, when the Russian troops led by the cossack Yermak were exploring Siberia. The city became the stronghold of future expeditions and an important trade point with China.

Read more about what to see and do in Tobolsk here. 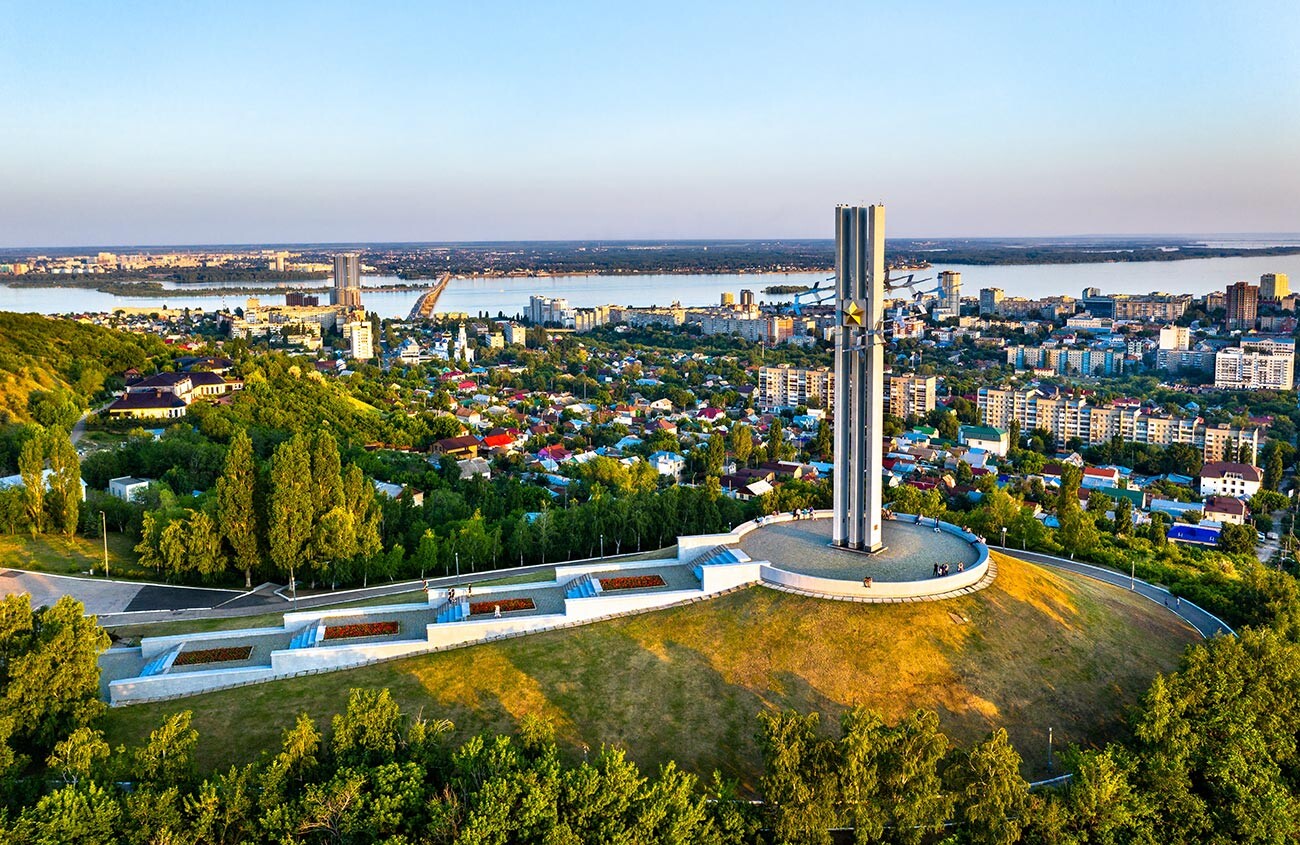 Why of all the beautiful cities on the banks of the Volga River did we choose this one? The answer is simple: on January 1, 2022, Saratov officially became the second largest city in Russia. No, it’s not measured in terms of population, but rather by size of territory and having annexed some neighboring suburban districts with roughly 79 villages, it expanded to 2,100 square kilometers (Moscow is 2,500).

Saratov is a nice city to explore the cozy Russian province. It was founded in the 16th century and was developed as a merchant city - as a result, the downtown still has old, wooden houses with carved windows, tsarist era mansions, as well as some factories, relics of Soviet industrial times. 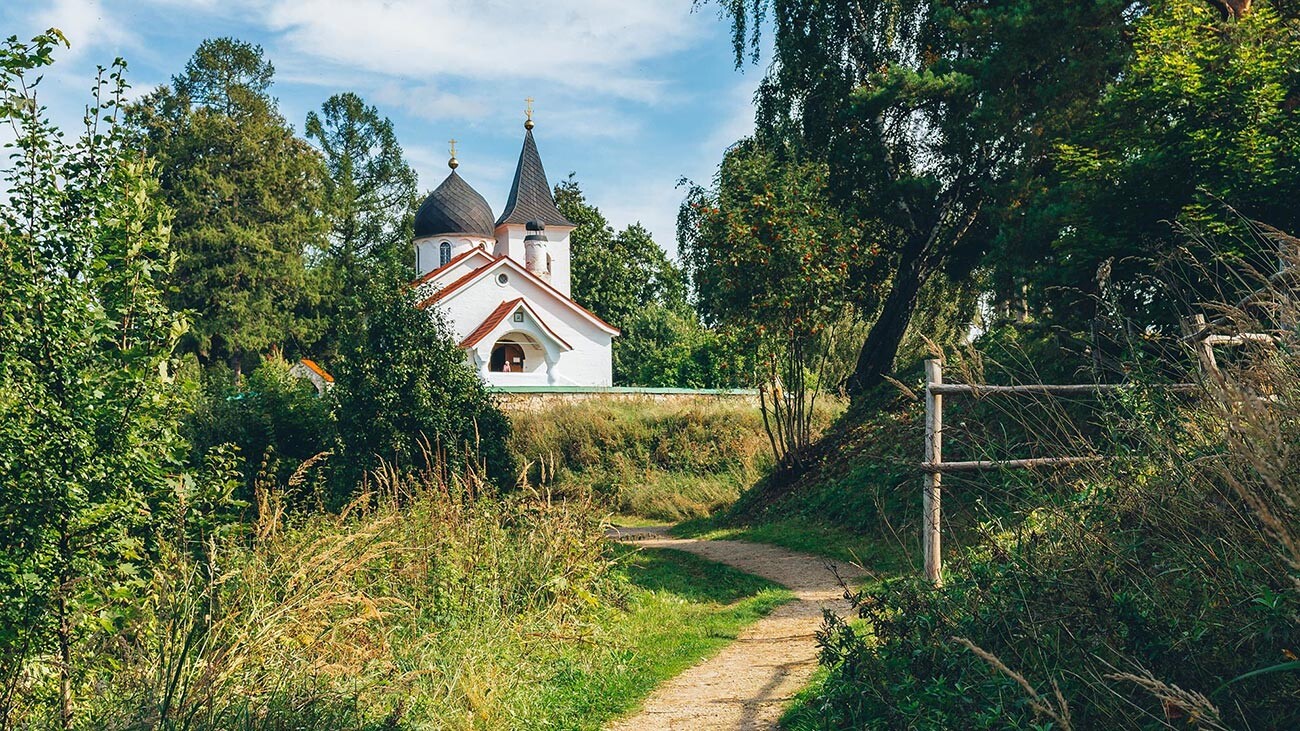 We bet you’ve never heard about this place before. Many Russians haven’t either! However, in December 2021, the village of Bekhovo in Tula Region (135 km south of Moscow) won the ‘Best Tourist Villages’ competition by the World Tourism Organization. If that doesn’t sound like a good travel destination endorsement!

Bekhovo is situated on the picturesque banks of the Oka River and its main landmark is the Trinity Church built in 1904-1906. A perfect place to calm down, meditate and try to comprehend the mysterious Russian soul.

Check out some fantastic photos of Bekhovo here.

4. The red forest near Anapa 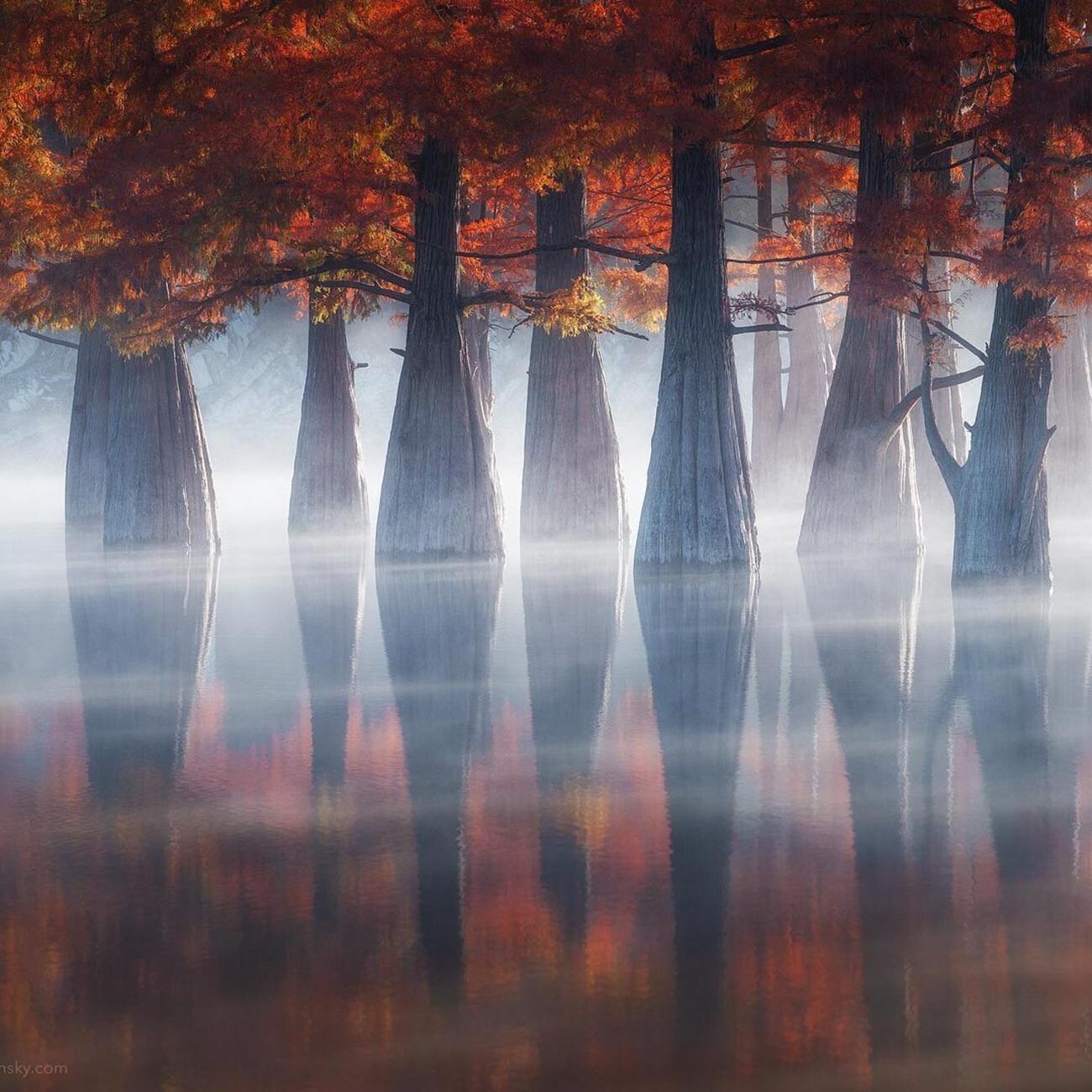 Just like in the Soviet Union, most Russians spent their summer holidays on the Black Sea coast. And the pandemic made them do it again. People set off for Crimea, Sochi and other cities of Krasnodar Region, including Gelendzhik and Anapa.

And another Soviet echo is “heard” there - an incredible red forest in the Sukko Valley that went viral on Instagram in 2021. Why Soviet? Because this place is manmade and a result of a Soviet era experiment. Swamp cypresses were most likely brought there from North America in the 1930s. And the reason for this fiery red color is just… fall. Just imagine how wonderful it would be to take a sup-surf tour around!

Check out more fantastic videos and photos from this place here. 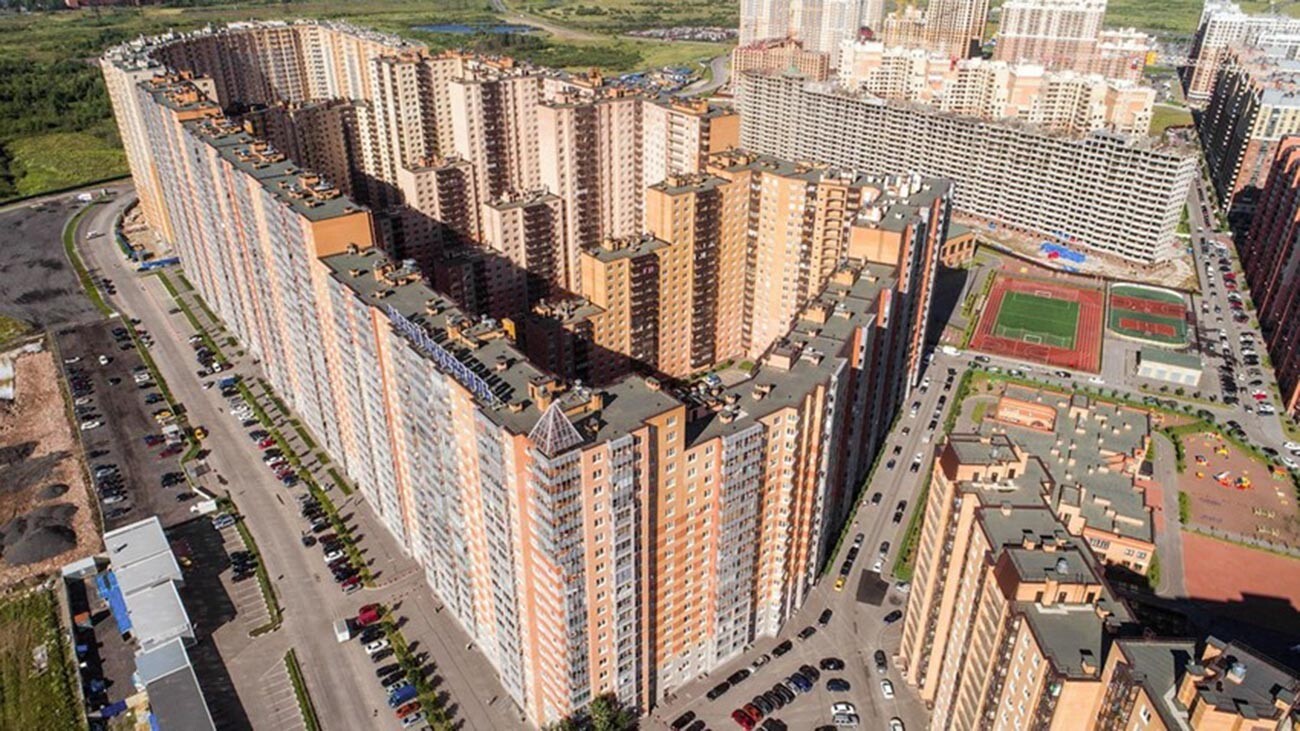 St. Petersburg is definitely one of the most popular travel destinations in Russia. But if you’ve already seen the Hermitage and all the other wonderful palaces and taken a boat tour along the Neva River and canals... then it’s time to get some new experiences!

If you are already tired of lockdowns, remote work in loneliness and all these social distancing measures, then the town of Kudrovo is for you! Around 20,000 people live In the ‘Novy Okkervil’ apartment complex alone!. Reddit users have already poked fun at this human “ant colony”; but aren’t you curious to have first hand experience on what it’s like to live there?

Read more about this enormous feat of engineering here. 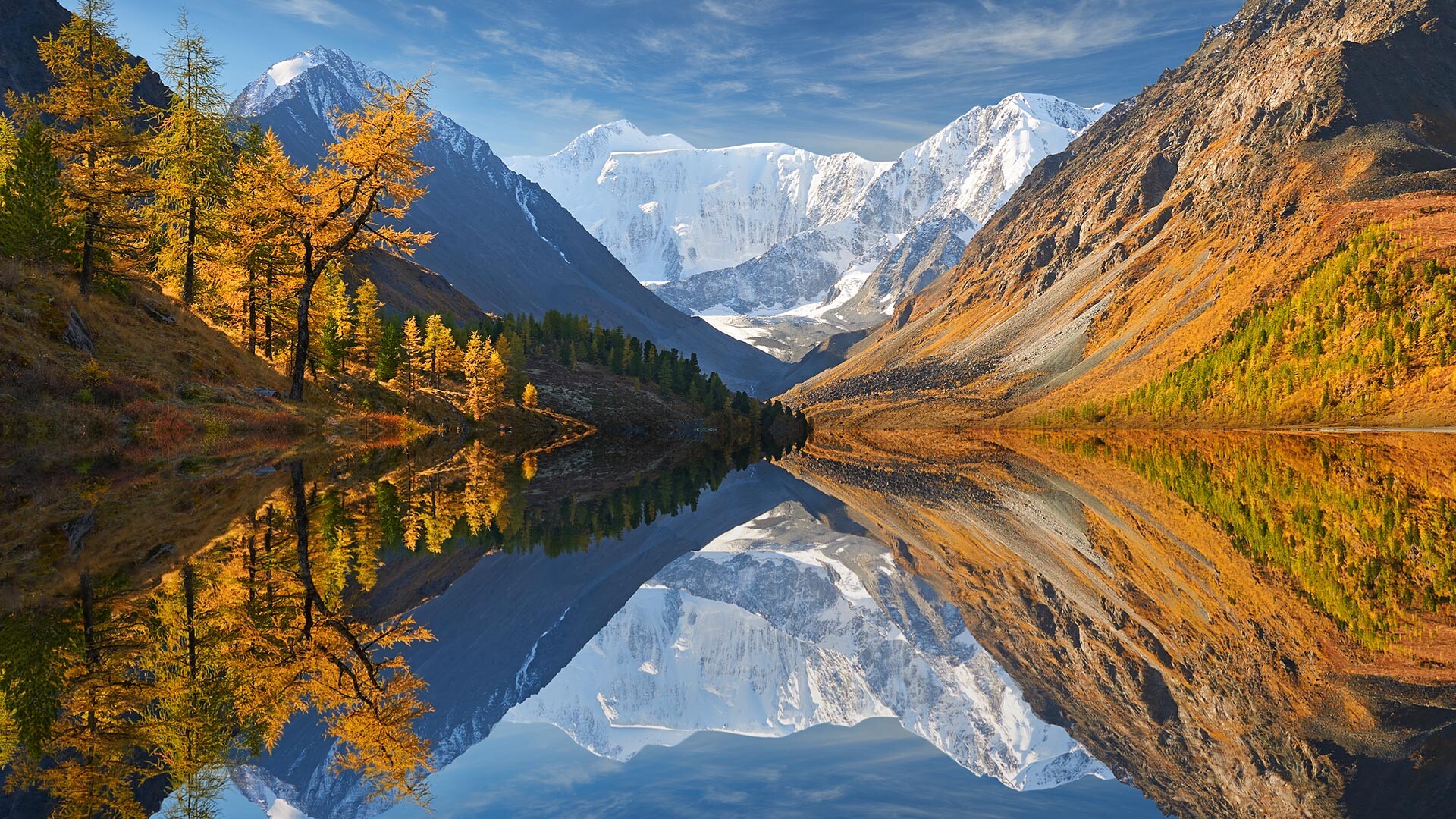 During the two years of closed borders, Russians have reopened their own country for traveling. And the Altai mountains became one of the most popular new destinations. Breathtaking views and the mysterious atmosphere of old shamans and legends. One can have either a luxury hotel or glamping holidays, or a more extreme (and less comfortable!) one with hiking and sleeping in a tent. Your choice.

Another interesting way to explore the Altai would also be a road trip along the Chuya Highway, considered one of the most beautiful in Russia.

Watch an episode of our Russia: Tips, Tricks & Travel show from the Chuya Highway. 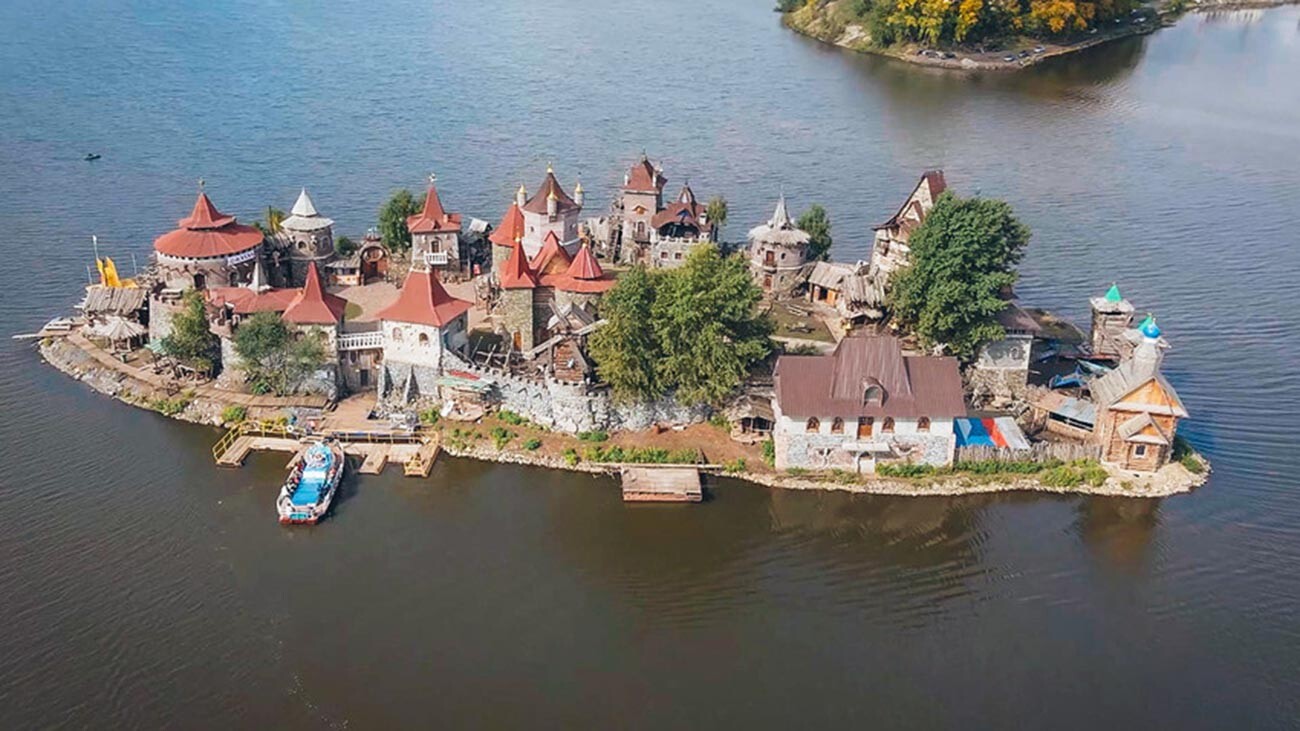 Not such an obvious travel destination, however, an exciting one. A businessman from the industrial small town Satka in the Ural Mountains transformed the local outskirts into a massive theme park reminiscent of Disneyland.

There’s a pirate ship, a knight’s castle, water slides, fairytale characters from children’s books and many other amusements, both for kids and adults. And by the way, the founder named it in honor of his granddaughter - ‘Sonkina Laguna’ (“Sonya’s Lagoon”). 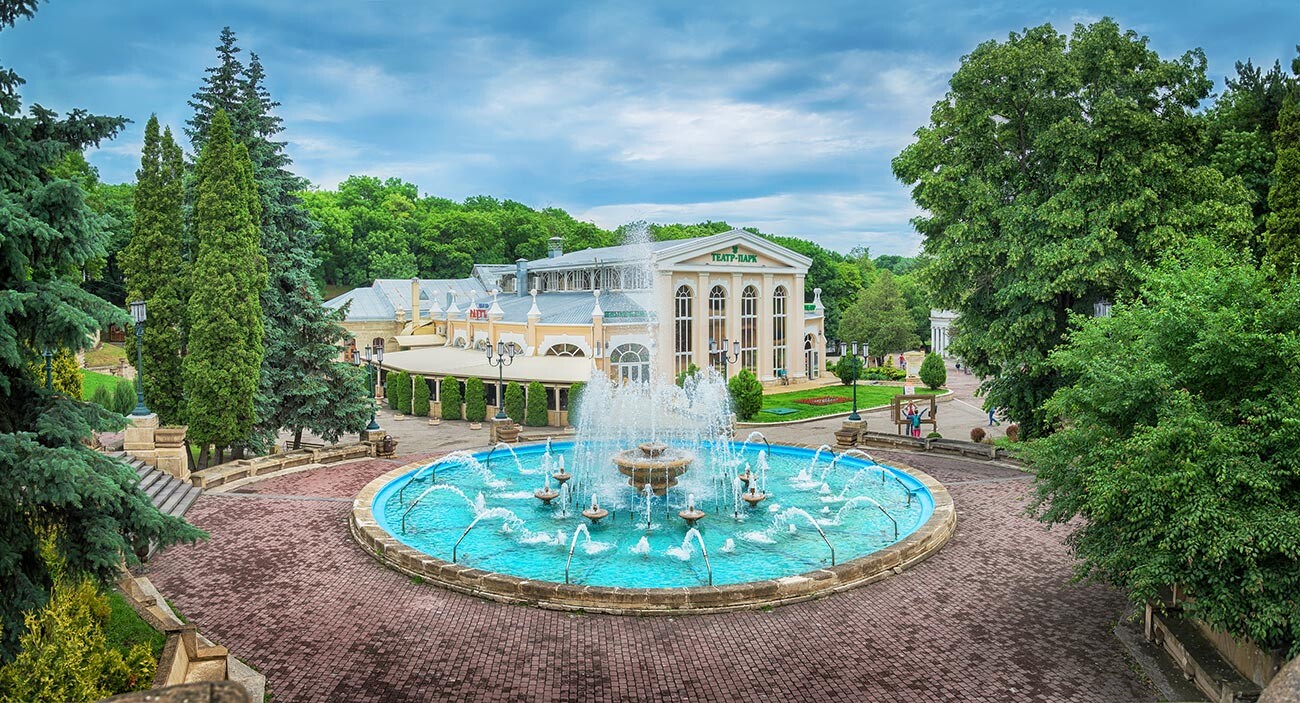 For those who suffered Covid and got through it, as well as for those who got lucky to avoid the infection, but for sure still had lots of stress - we all need some rest and recharge. In the Caucasian Mountains of Russia, we have a great place where you can reload your batteries and take a little spa treatment. In the resort town of Essentuki, you can find Europe’s largest drinking water gallery! So you can try many different mineral water varieties and also stroll along special “healing paths” with amazing views.

Read more about the Mineral Waters resort complex and all the other great places around Essentuki here. 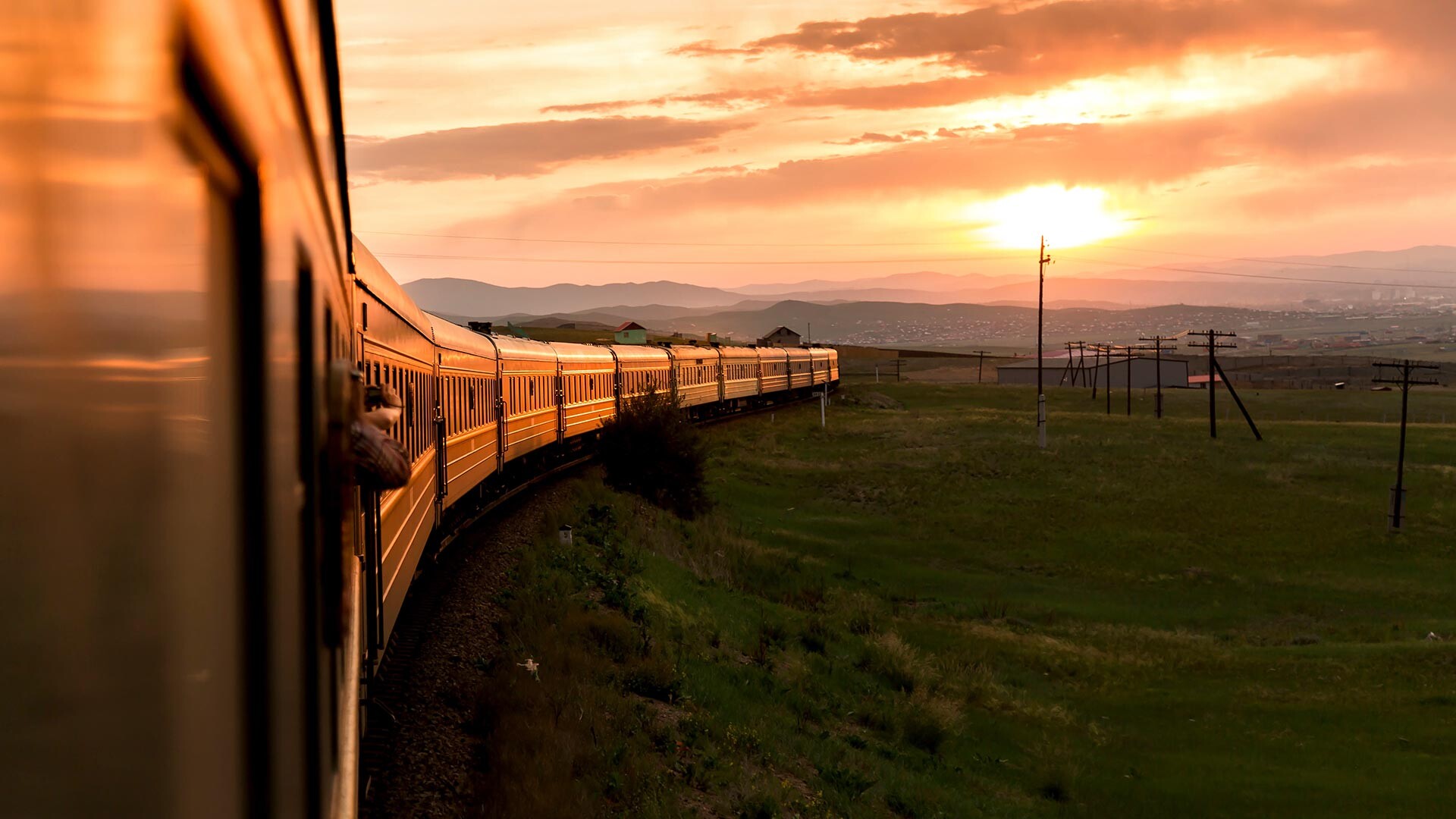 Before any new restrictions would be implemented (God forbid!), we need to take the most out of any journey. So, to see the entire Russia in one journey is only possible by traveling across it by train. You set off from Moscow, then stop by some old towns, some Urals landmarks, some Siberian… well a LOT of Siberian big cities and rivers, many-many forest trees, many-many hills and mountains, an hour at Lake Baikal and lots and lots of beautiful train stations. And, finally, you will arrive in Vladivostok and be able to eat all the delicious, fresh seafood.

Fabulous, isn’t it? Find out what the main stops alongside the Trans-Siberian are and what you can see from the window without leaving the train. 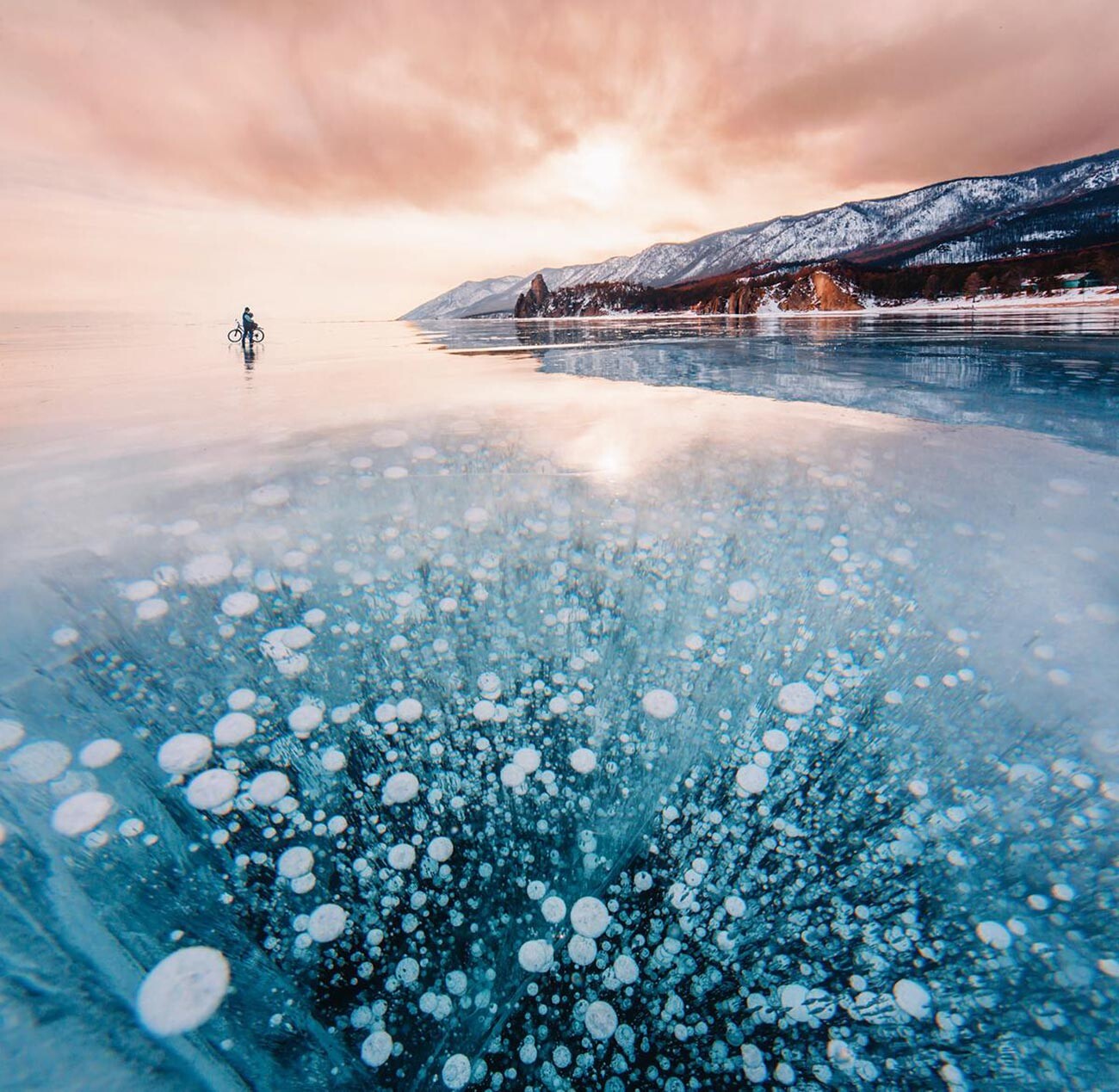 Well, yes! All tourist guides eventually lead you there. But, you’ve probably always thought that it’s too expensive and too long a journey? Well, we’re going to debunk these stereotypes! It’s absolutely possible to arrange a short trip on your own and see the main natural wonder of Russia. Read more on how to do this here.

And if you’re not scared of the harsh Russian winter, then you can take an incredibly crisp journey and drive right on the Baikal ice. But, be careful… it will not only bring tons of great photos, but it may also steal your heart. Our editor-in-chief is living proof after he tried it on his own.

Ah, and don’t forget to kiss the Baikal… Here’s the manual!