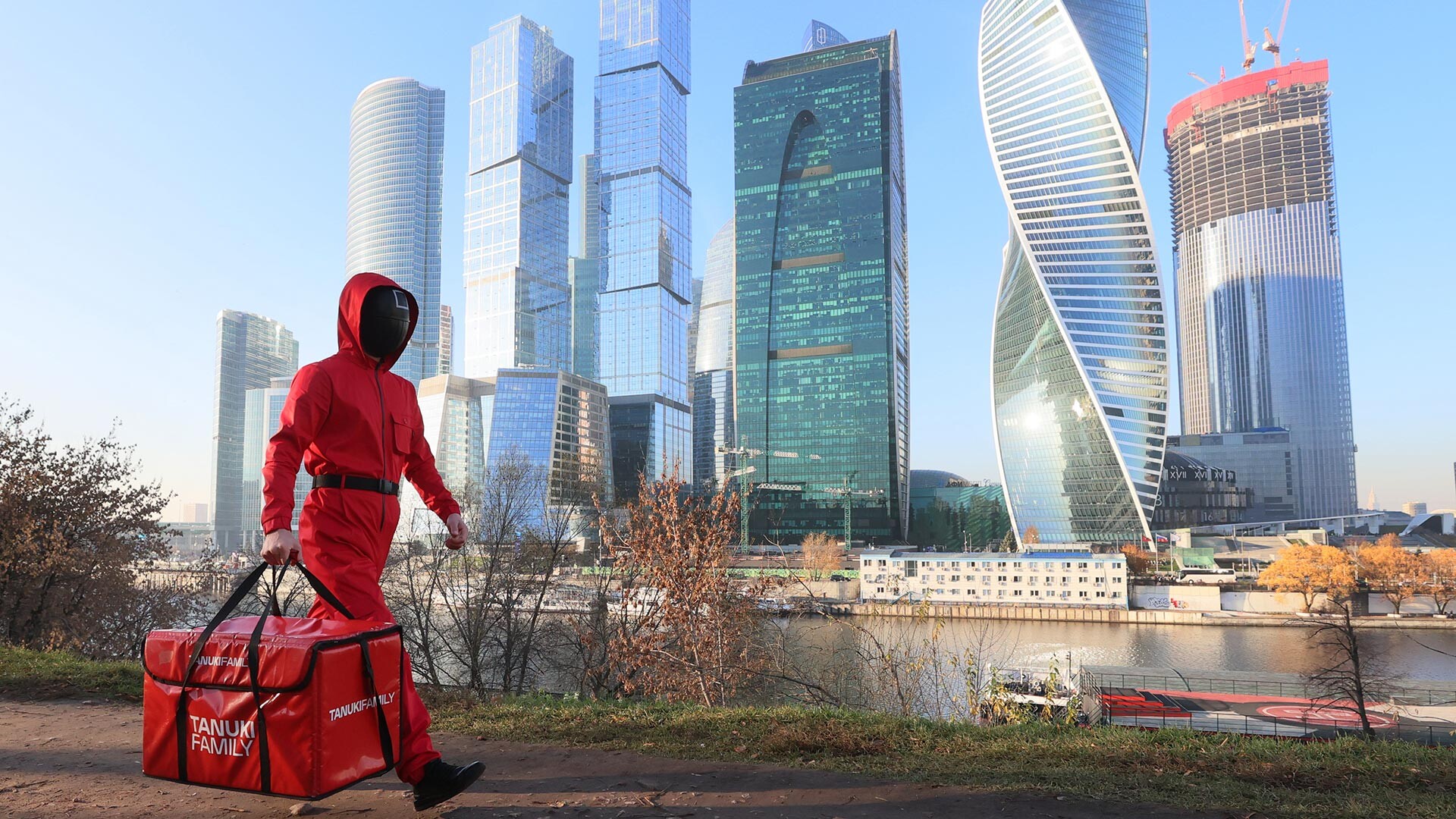 Sergei Savostyanov/TASS
Another year under the aegis of restrictions, masks and self-isolation is passing by. Let’s take a look at what happened in Russia this past year - in addition to the You-Know-What agenda!

1. Winter 2020/21 was rather cold, with the temperature dropping below -50°C  (-58°F) in some places of Siberia. But it enabled the people of Krasnoyarsk, for example, to do such amazing “ice fireworks”. When throwing boiling water into the air, it becomes immediately frozen! 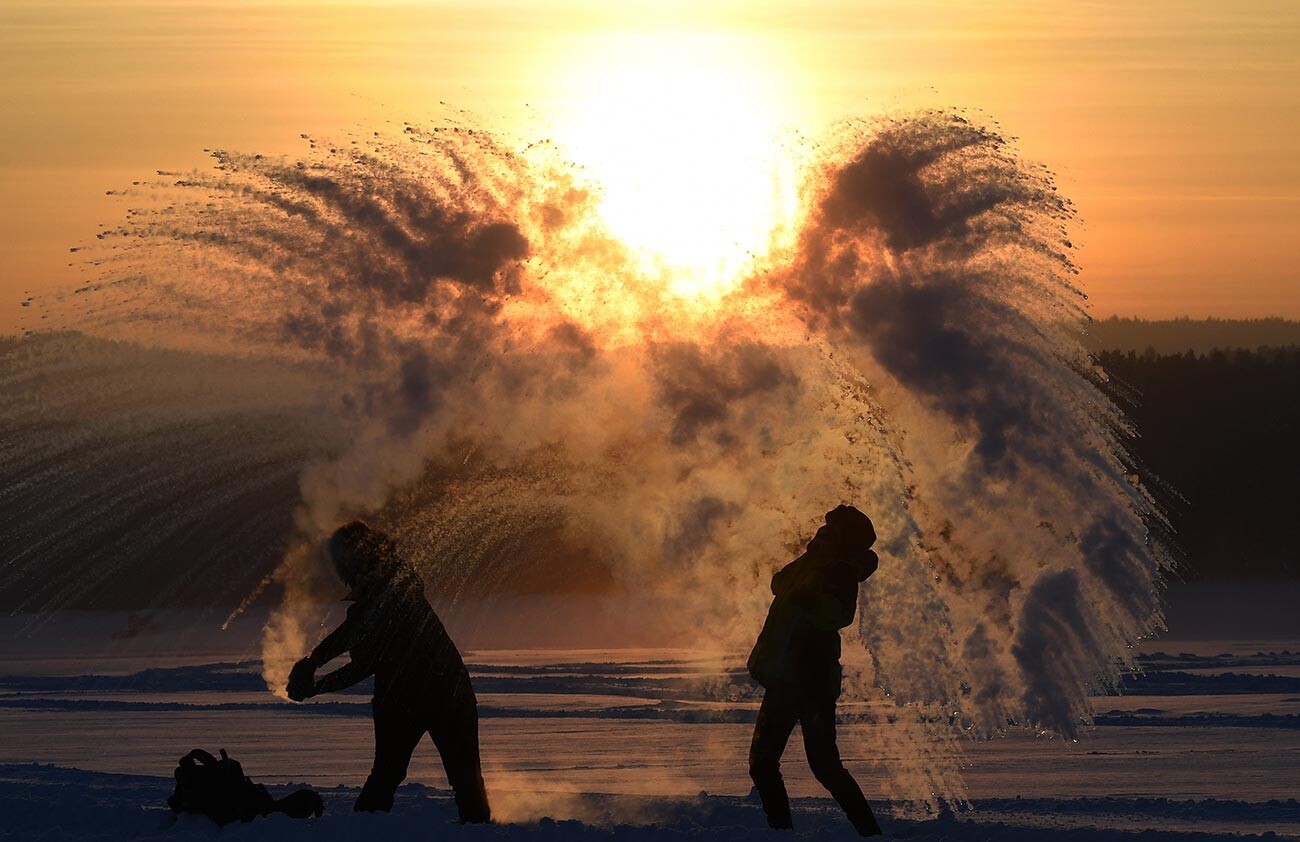 2. And like every other year, tough Russians didn’t miss their chance to dive into an ice hole during the celebration of Orthodox Epiphany on January 19. Check out more photos of this chilly tradition here. 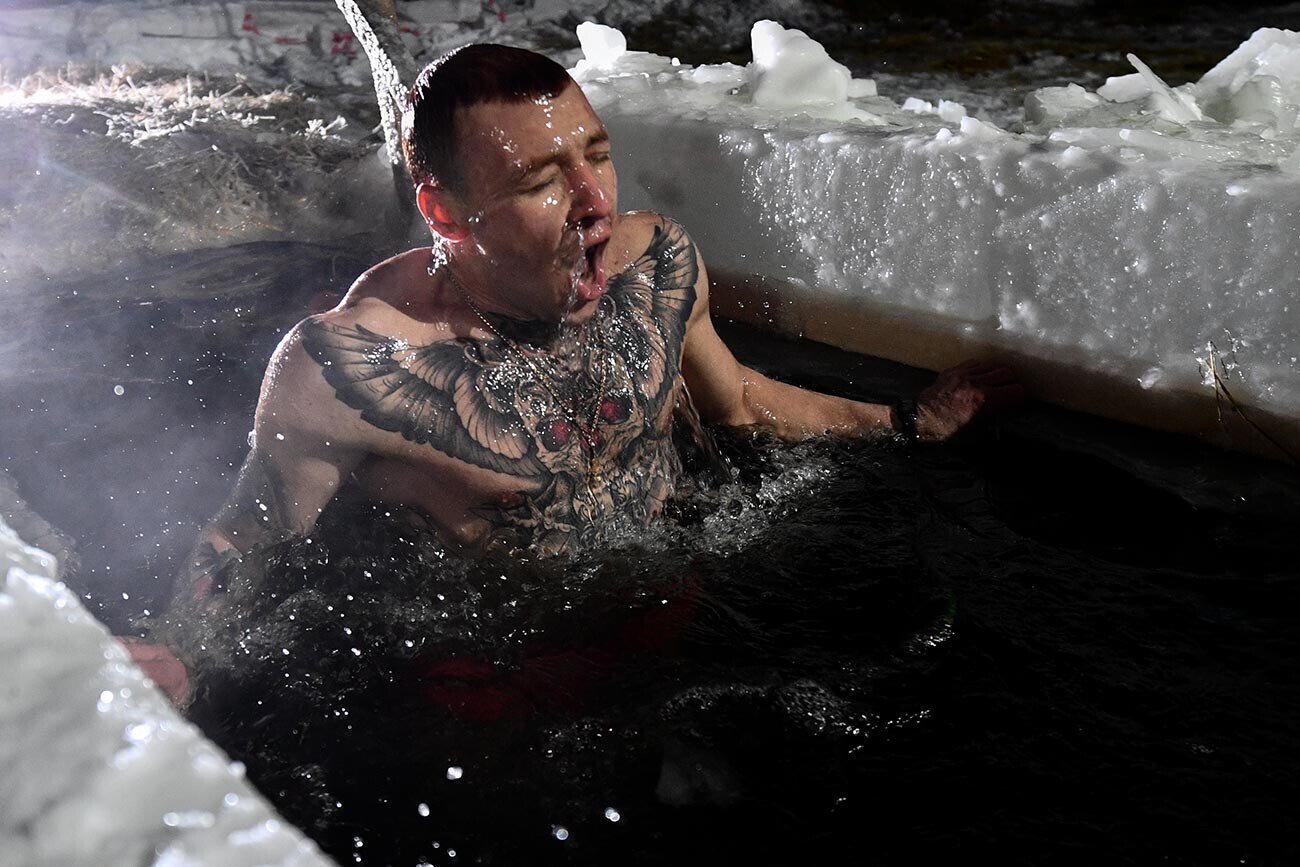 3. Mass vaccination in Russia. Authorities even arranged lotteries with gadget, car and apartment prizes for getting vaccinated. By the way, some foreigners also had the Sputnik V jab and shared their experiences with us. Read more here. 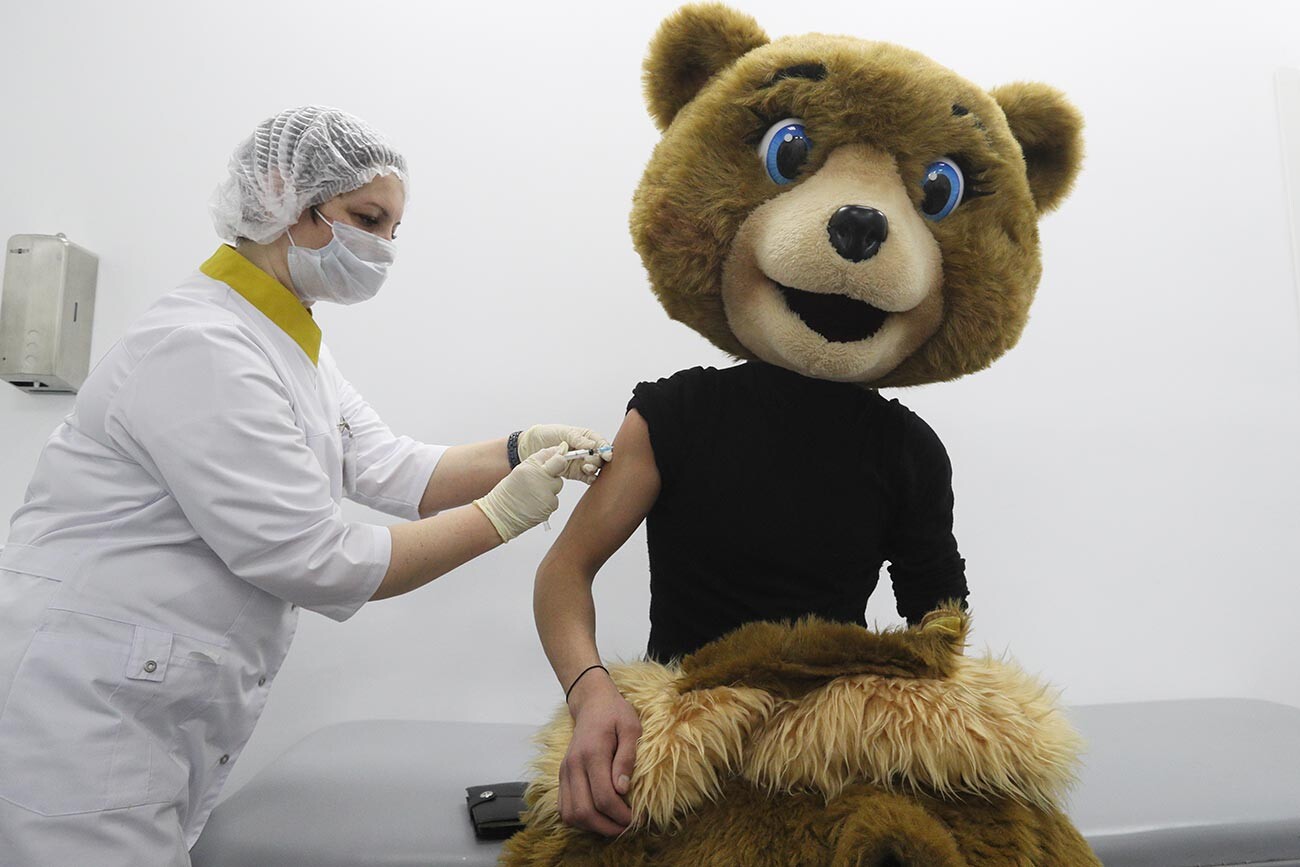 4. At the same time, an effigy of Covid-19 was burned during the Farewell Winter festival in the Siberian city of Tyumen. 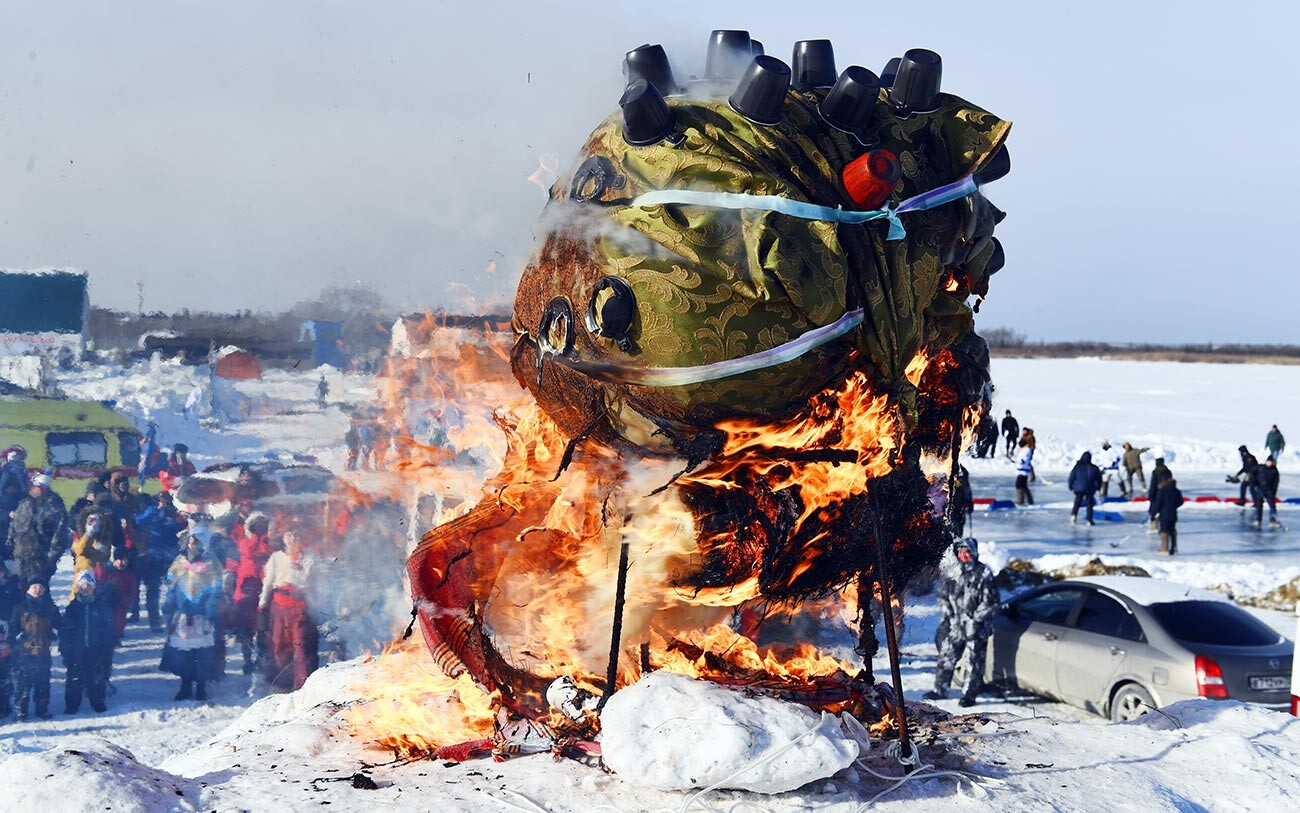 5. For the first time in history, Russian figure skaters occupied the entire winners podium at the 2021 World Figure Skating Championships in the ladies’ singles. Read more about the girls here. 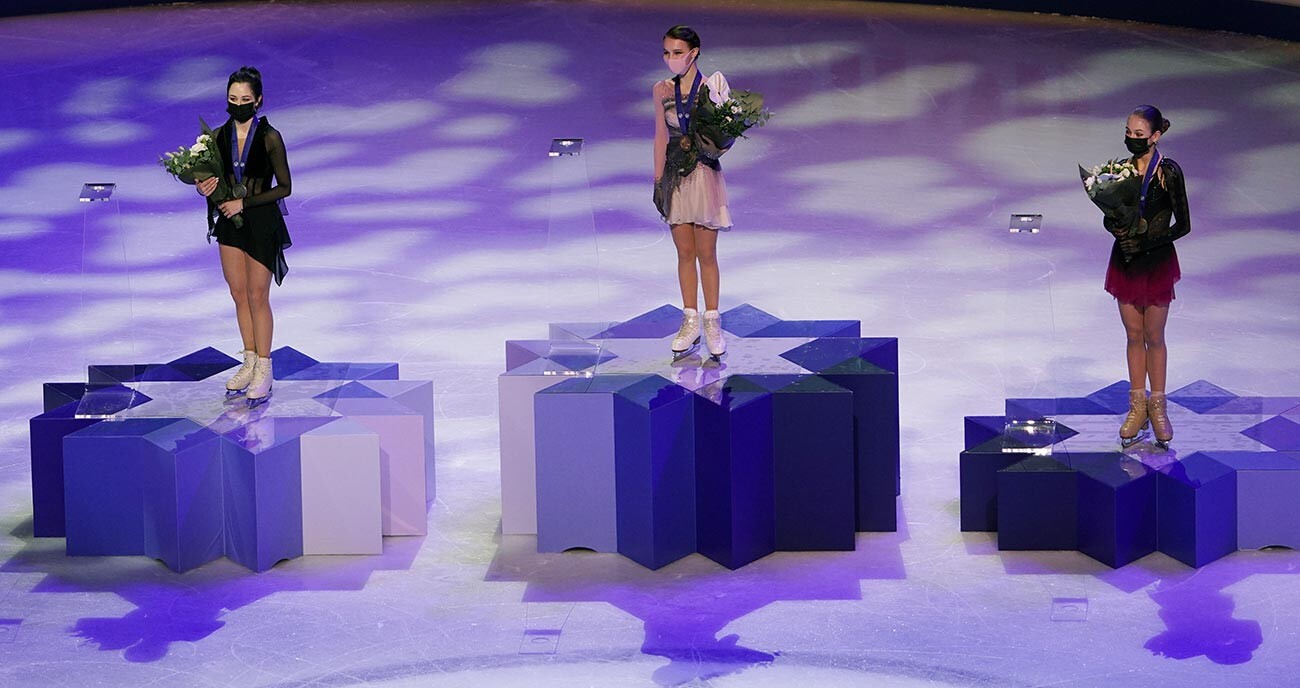 6. Moscow’s oldest cinema opened after a lengthy restoration… and it looks fabulous! Read more about this historical place here. 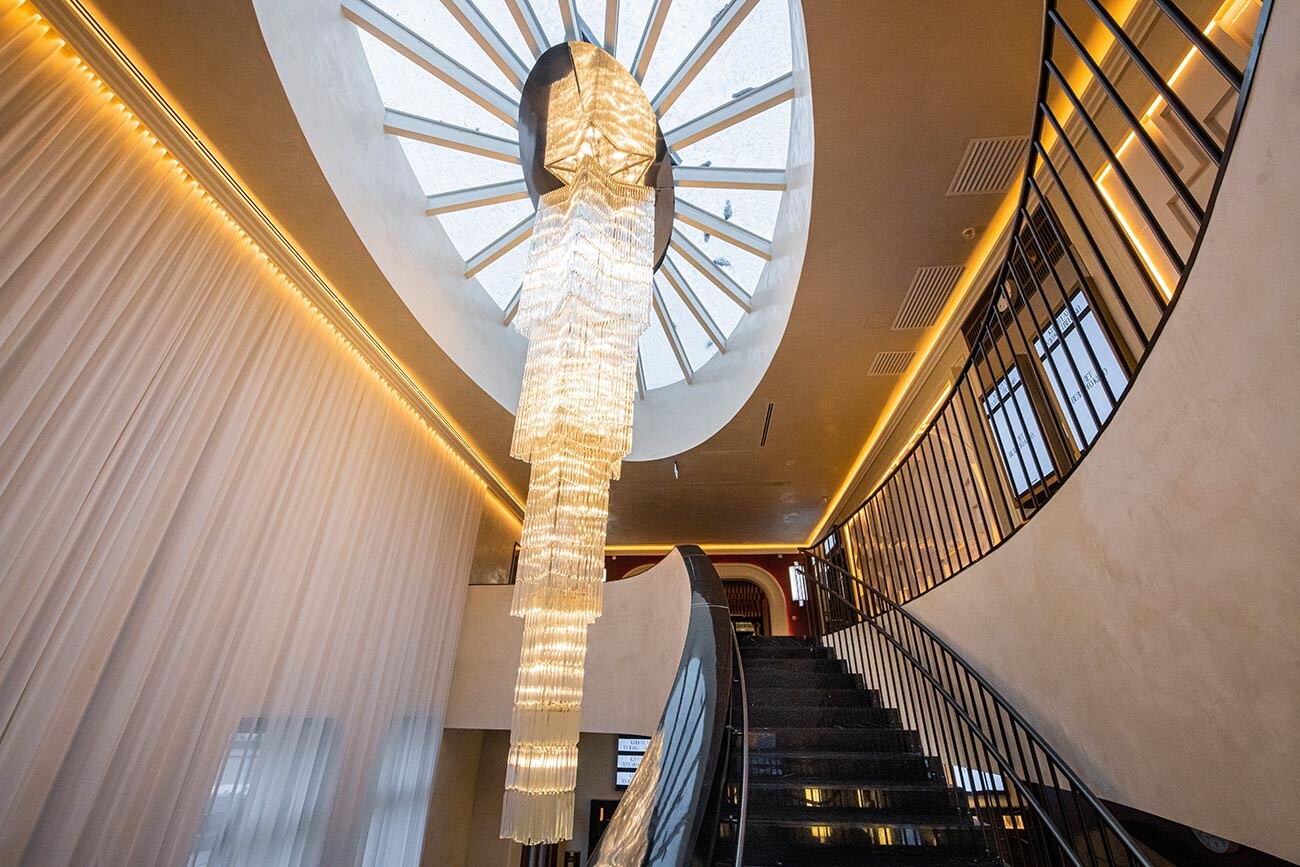 7. Photo with no additional sense - just a mother and daughter wandering through a beautiful blossoming poppy field in Crimea! 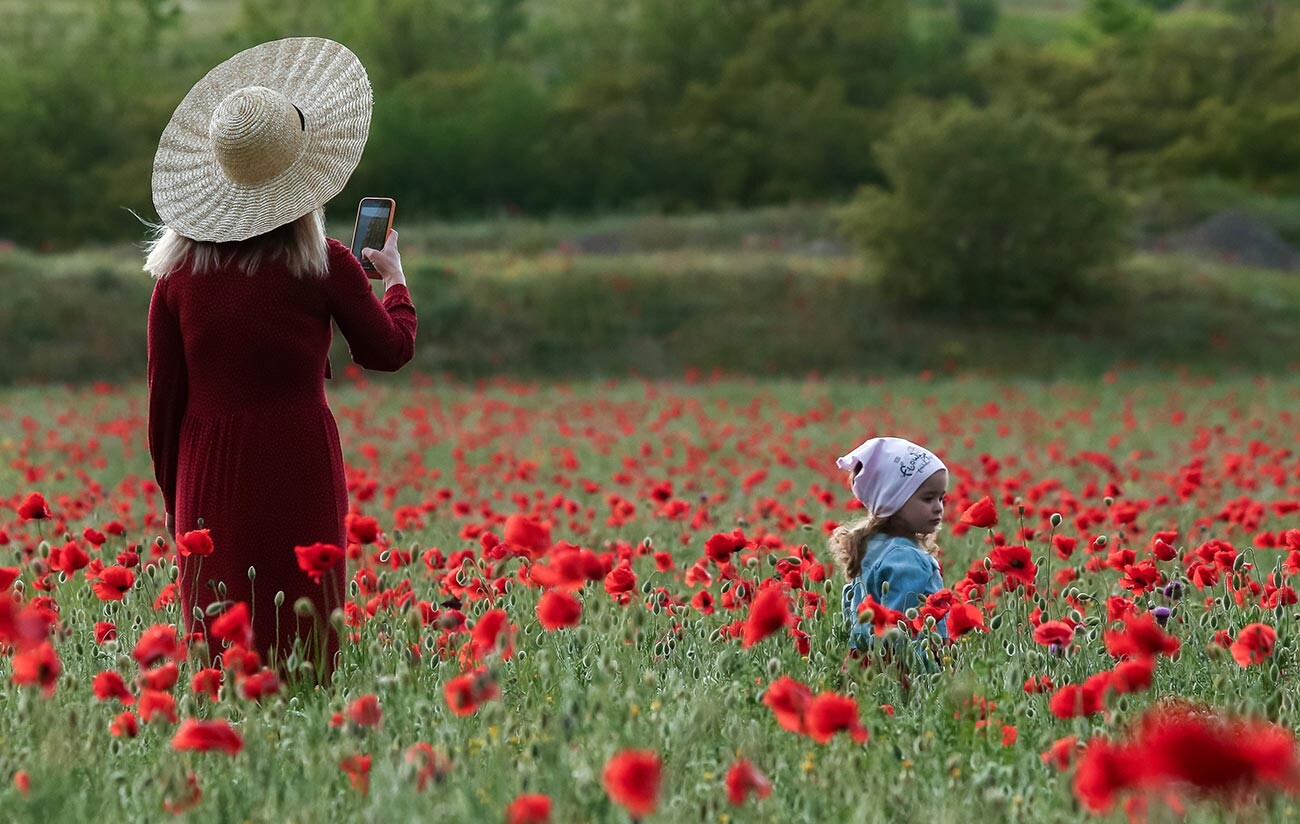 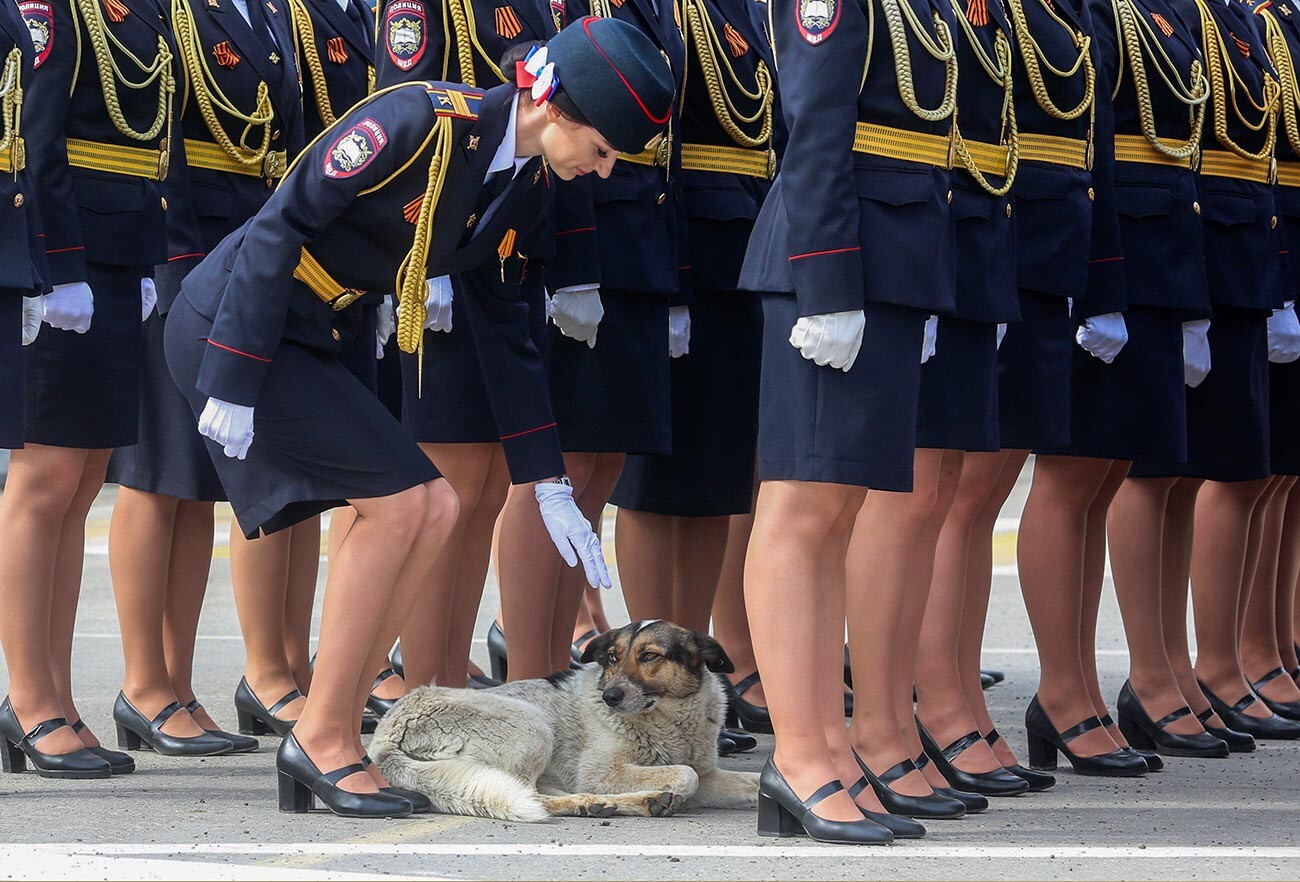 9. In 2020, the traditional annual Scarlet Sails festival celebrating school graduates was canceled, however this year, it was revived, even with spectators attending. 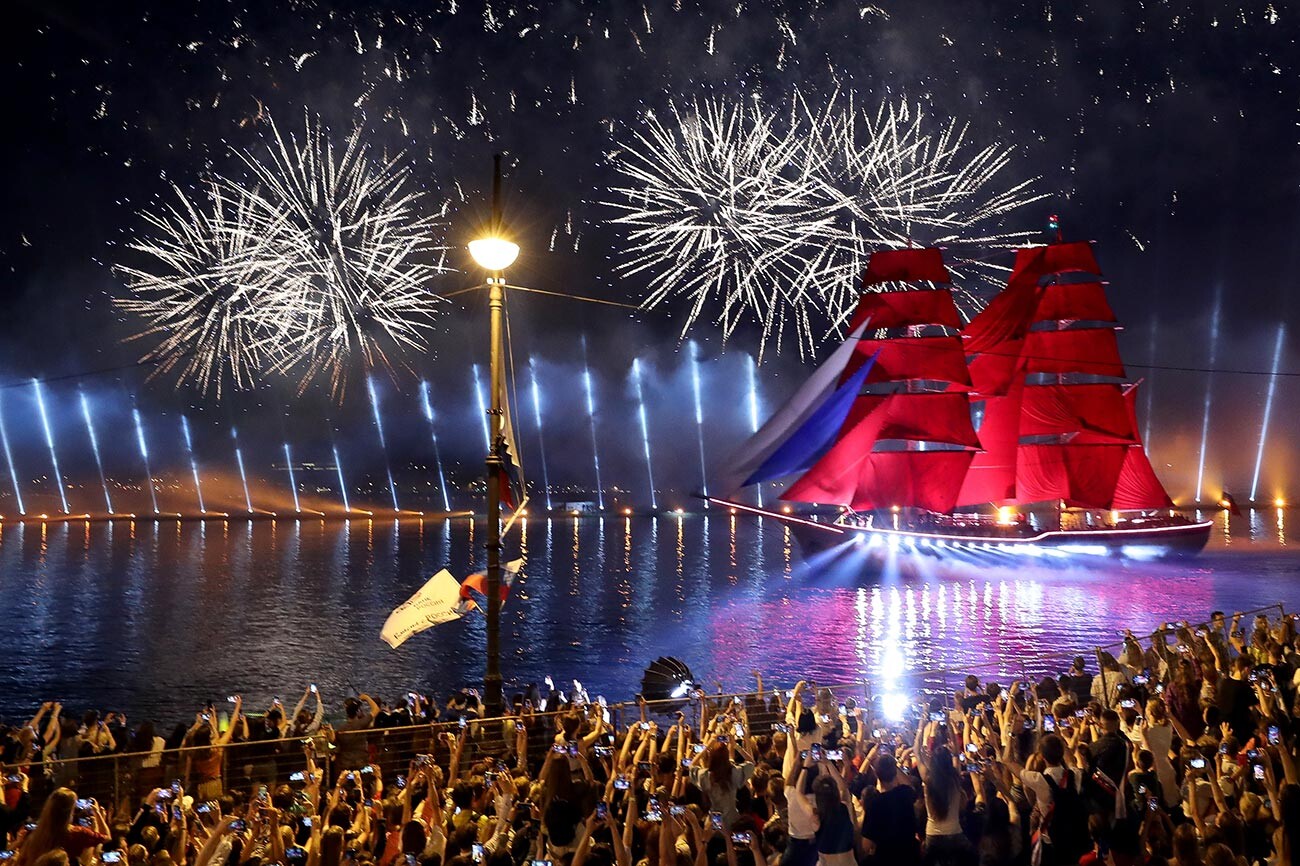 10. This summer was just incredibly hot in most Russian cities. Check out more sizzling photos of the Russian heat here. 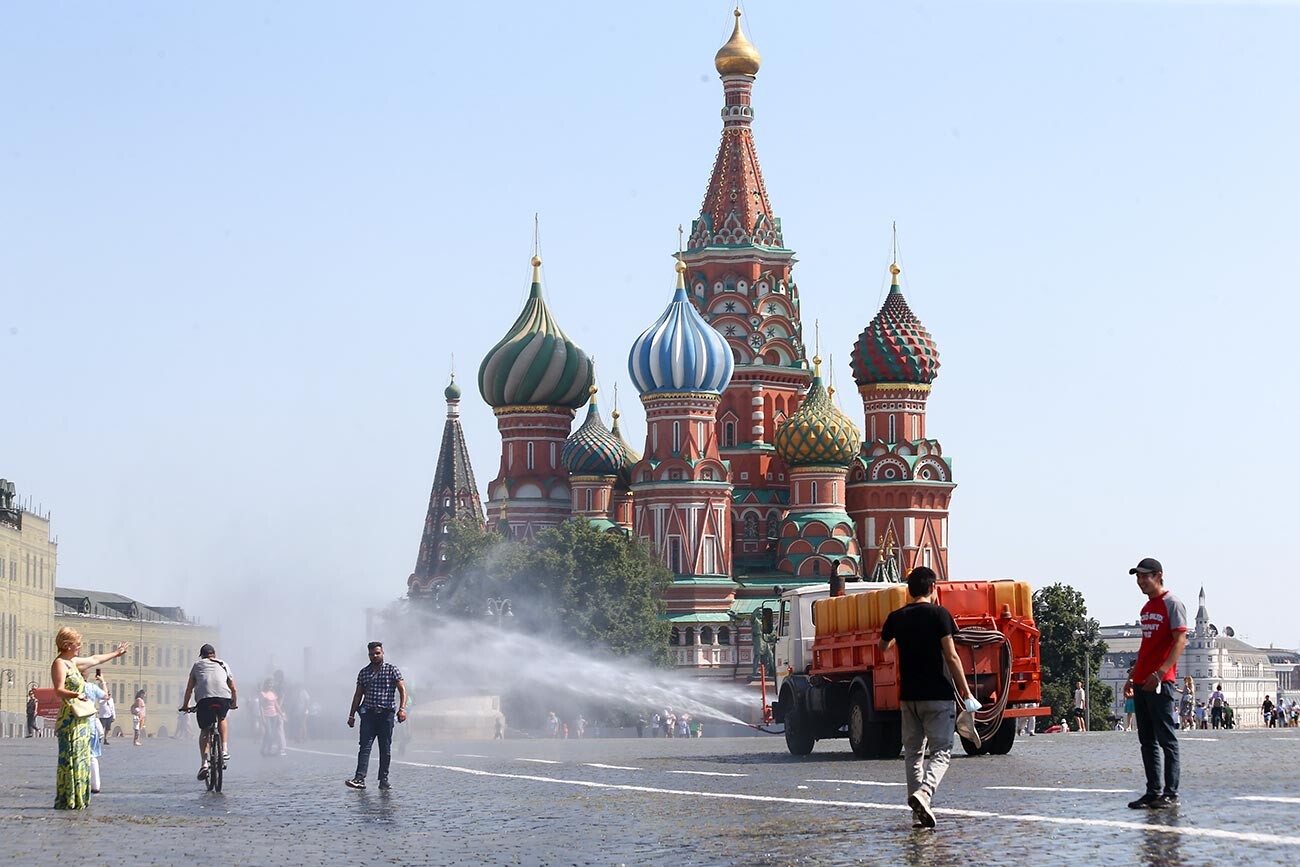 11. Make love, not war! Just a random photo from the tank biathlon competition during the 2021 International Army Games that took place near Moscow in August. 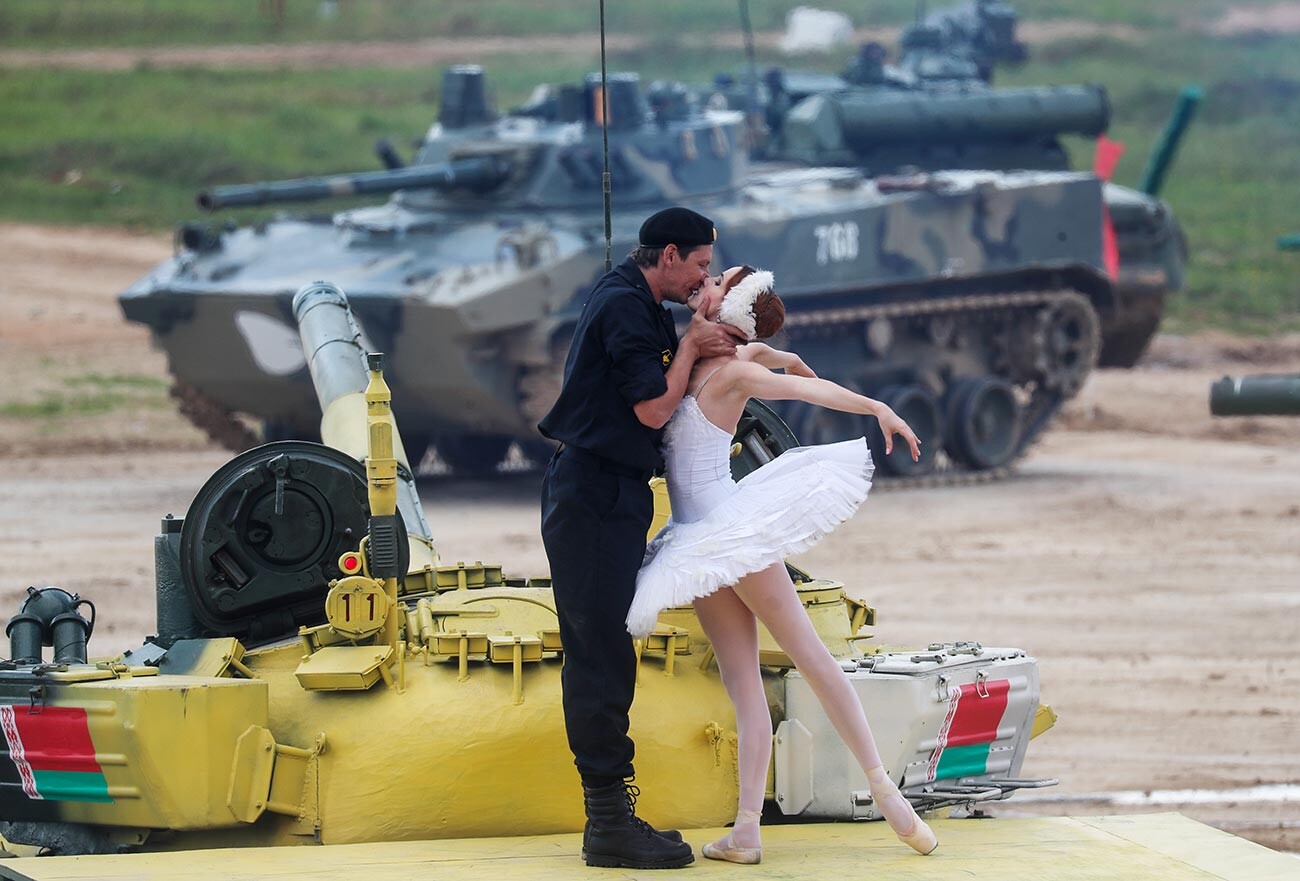 12. Because of a doping scandal, Russian athletes had to perform under the flag of the Russian Olympic Committee, not under the Russian national white-blue-red tricolor flag. (And instead of the national anthem, Tchaikovsky’s Piano Concerto No. 1 was played). Regardless, the athletes performed great and won twenty gold medals, including setting some new and some unexpected records. Read more here. 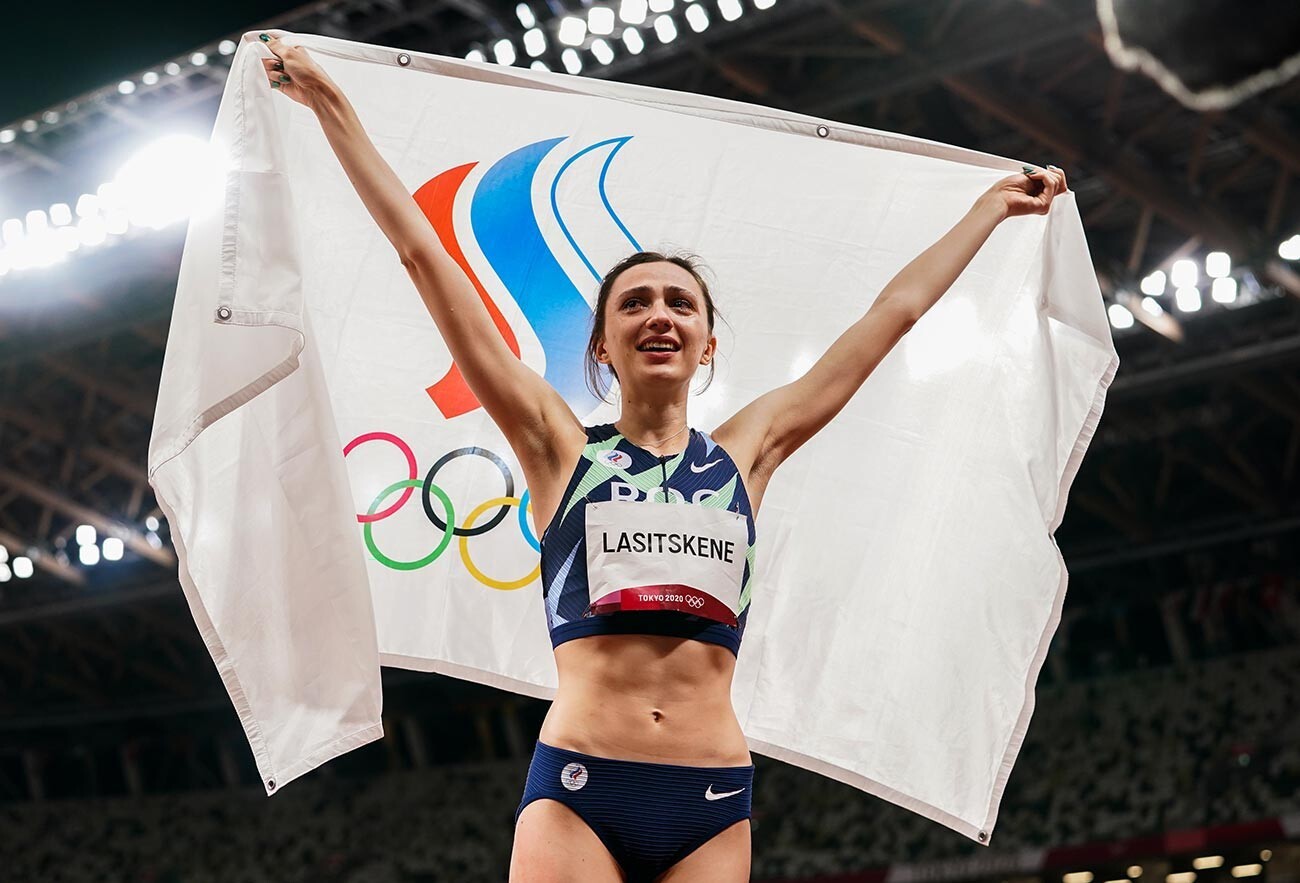 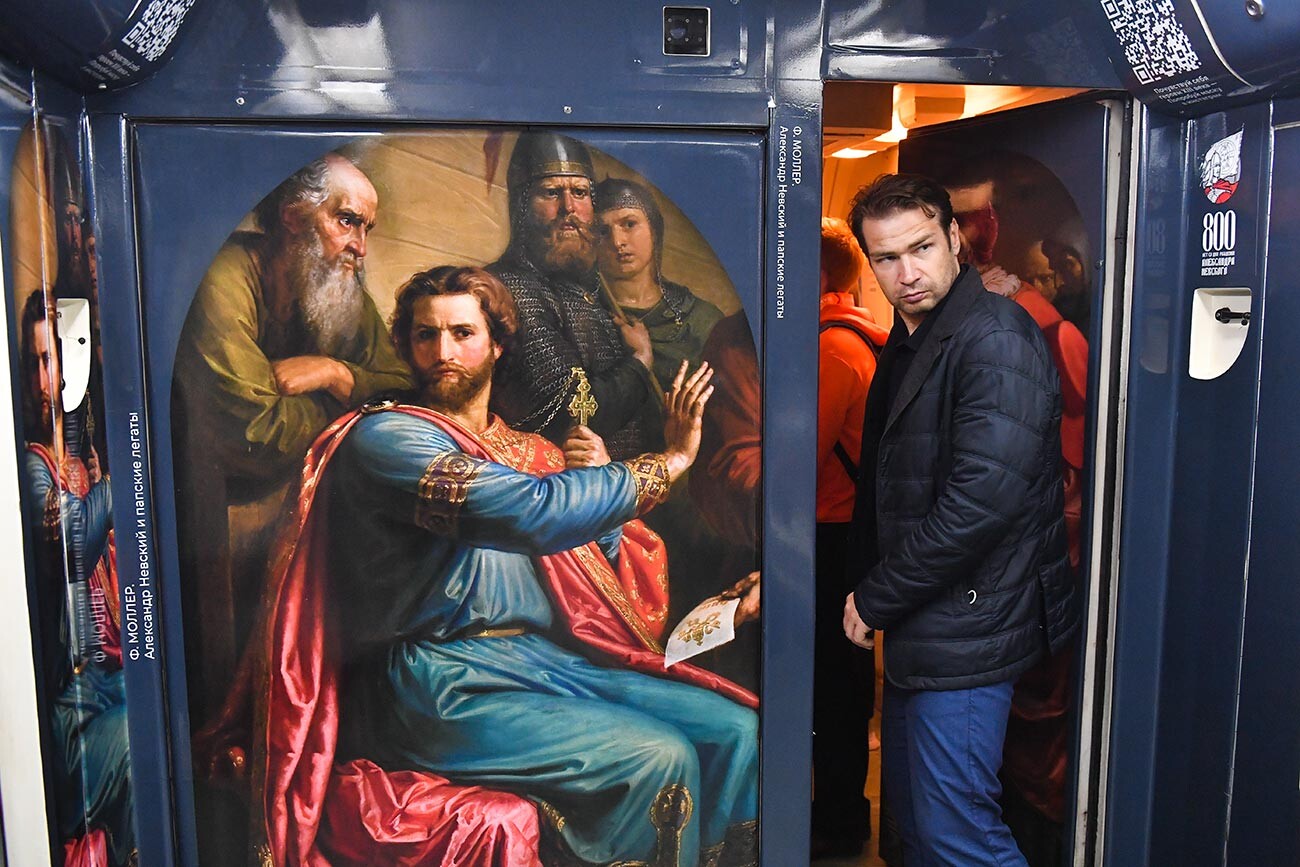 14. The construction of the Nord Stream 2 gas pipeline was finally finished on September 10, 2021. The 1 234 km (760 mi) system stretches from Russia to Germany via the Baltic Sea. 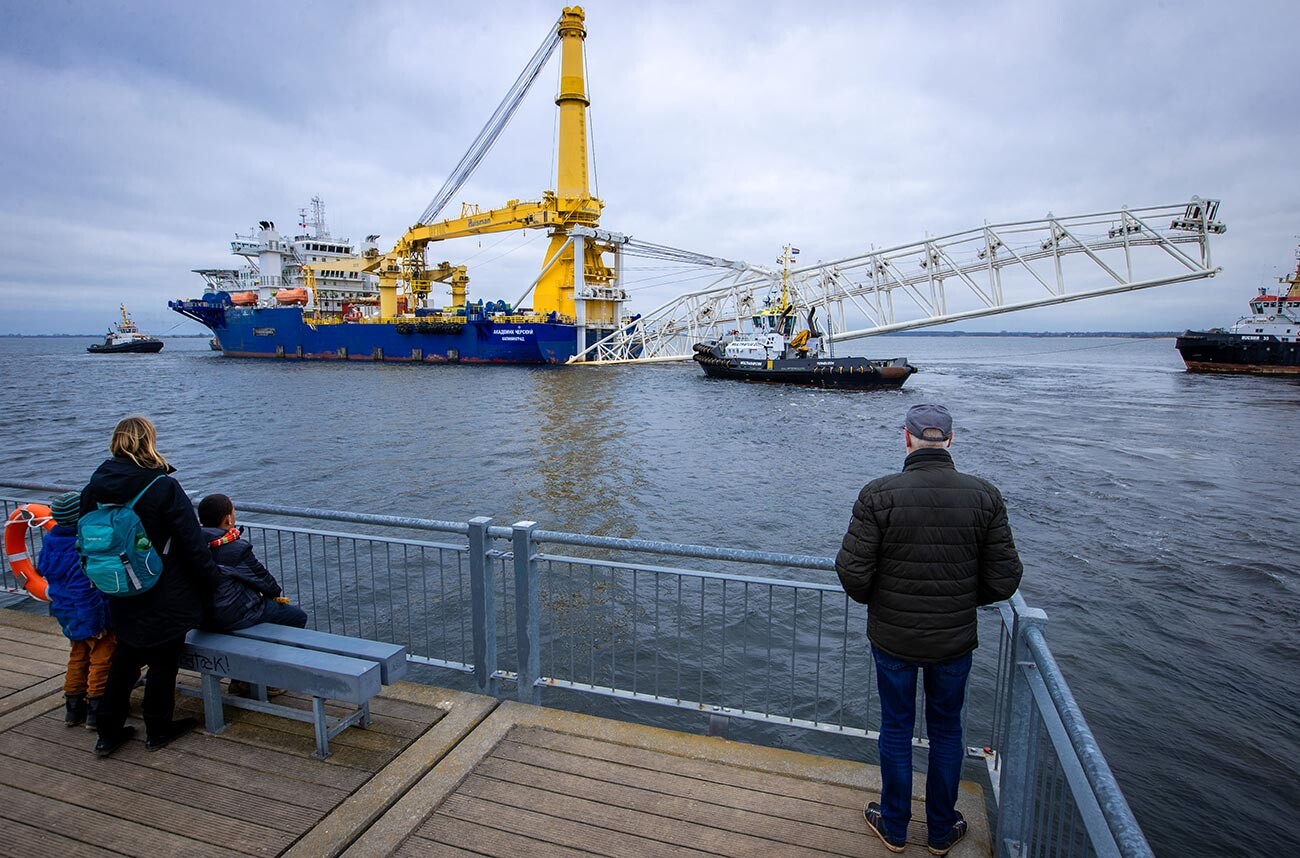 15. The Gorgeous Russian Pavilion opened at the long awaited Expo 2020 in Dubai. It is built in the form of a giant dome, with its outer shell consisting of many tiny multi-colored tubes. Inside, it has a great multimedia installation showing the human brain’s structure and how it works. Check out more photos here. 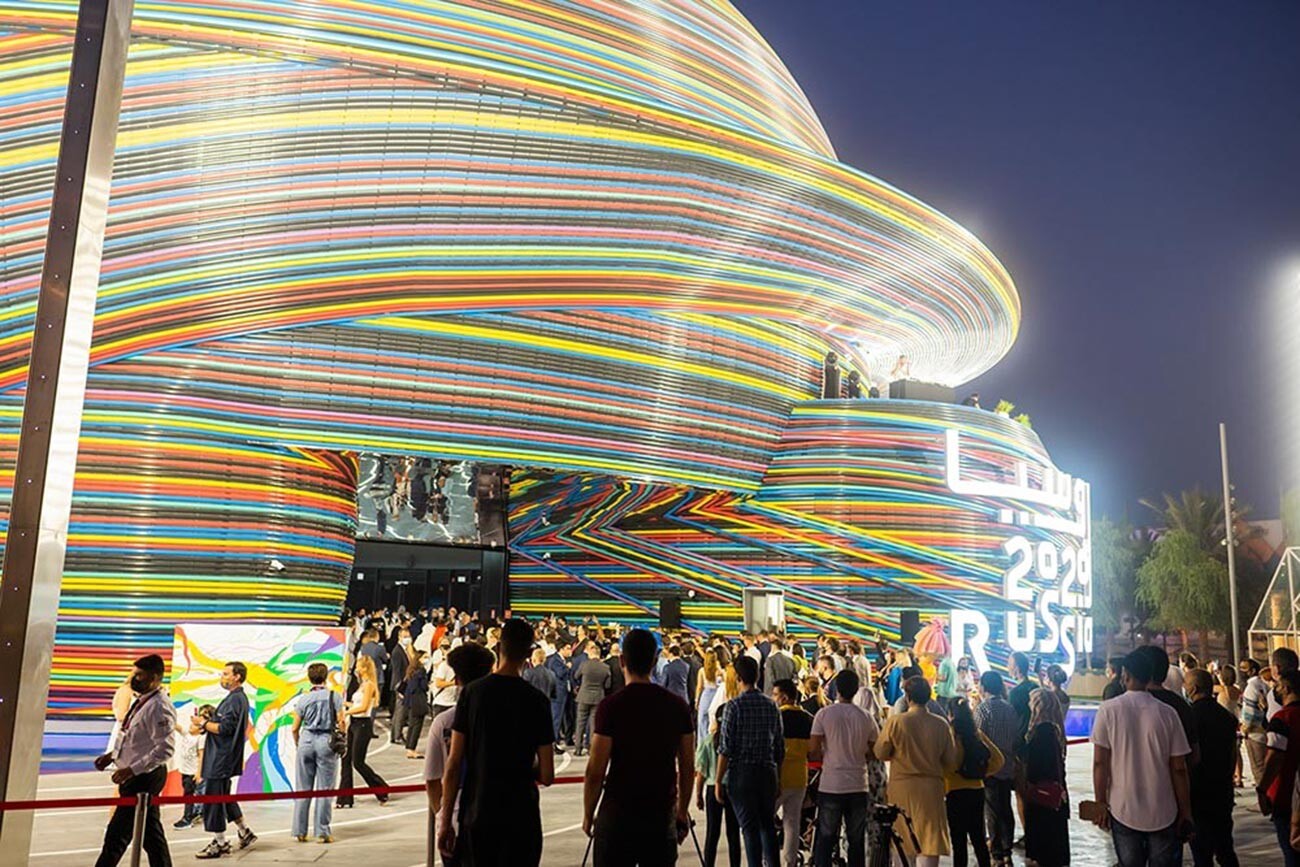 16. One of the Moscow Kremlin Wall’s merlons was blown off by a windstorm on October 22. 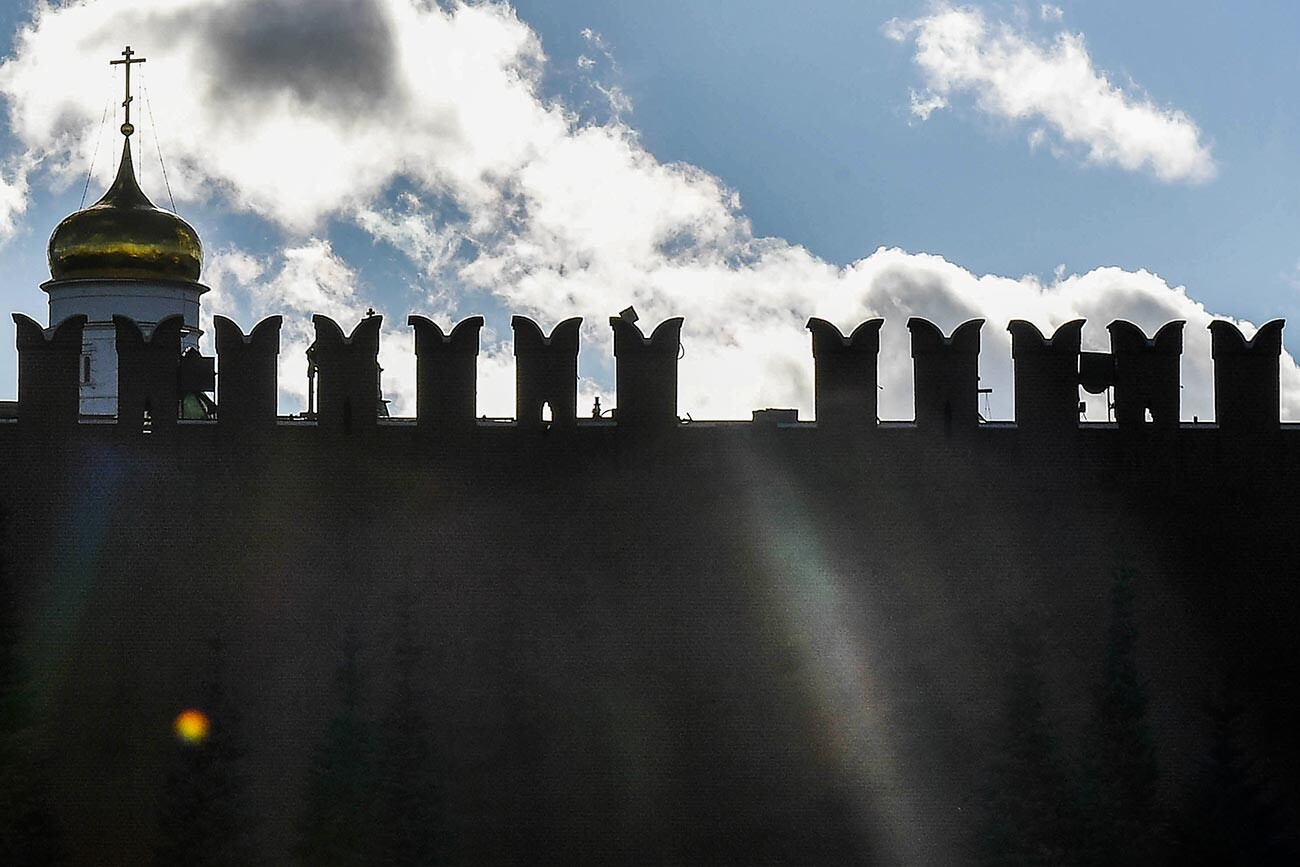 17. For the first time in history, a feature movie was partly shot in space! Actress Yuliya Peresild and director Klim Shipenko became members of the first ever movie space crew. They were launched to the ISS, where they spent 12 days. Read the interview Shipenko gave after they landed. 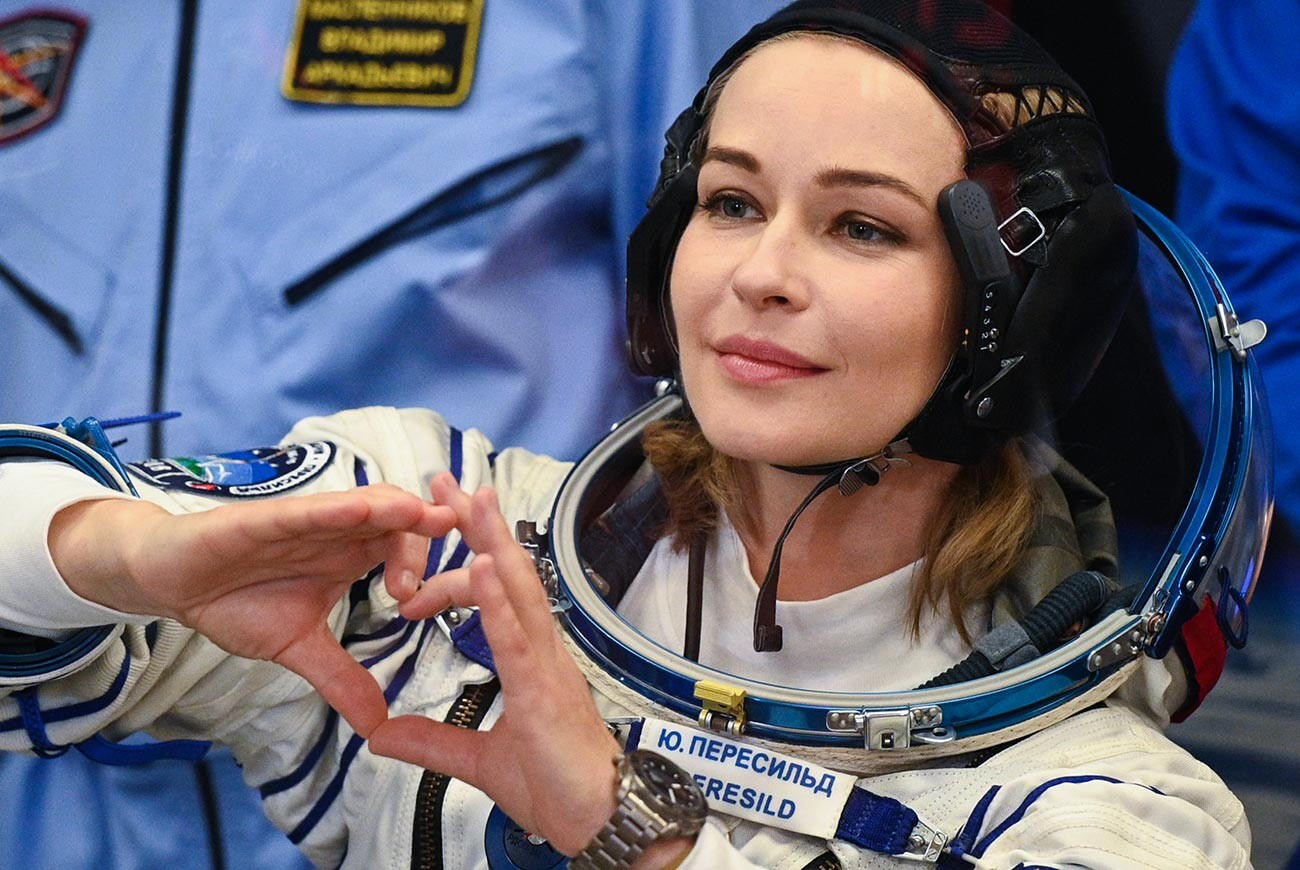 18. This year, the European part of Russia faced a rather early winter and heavy snowfall. 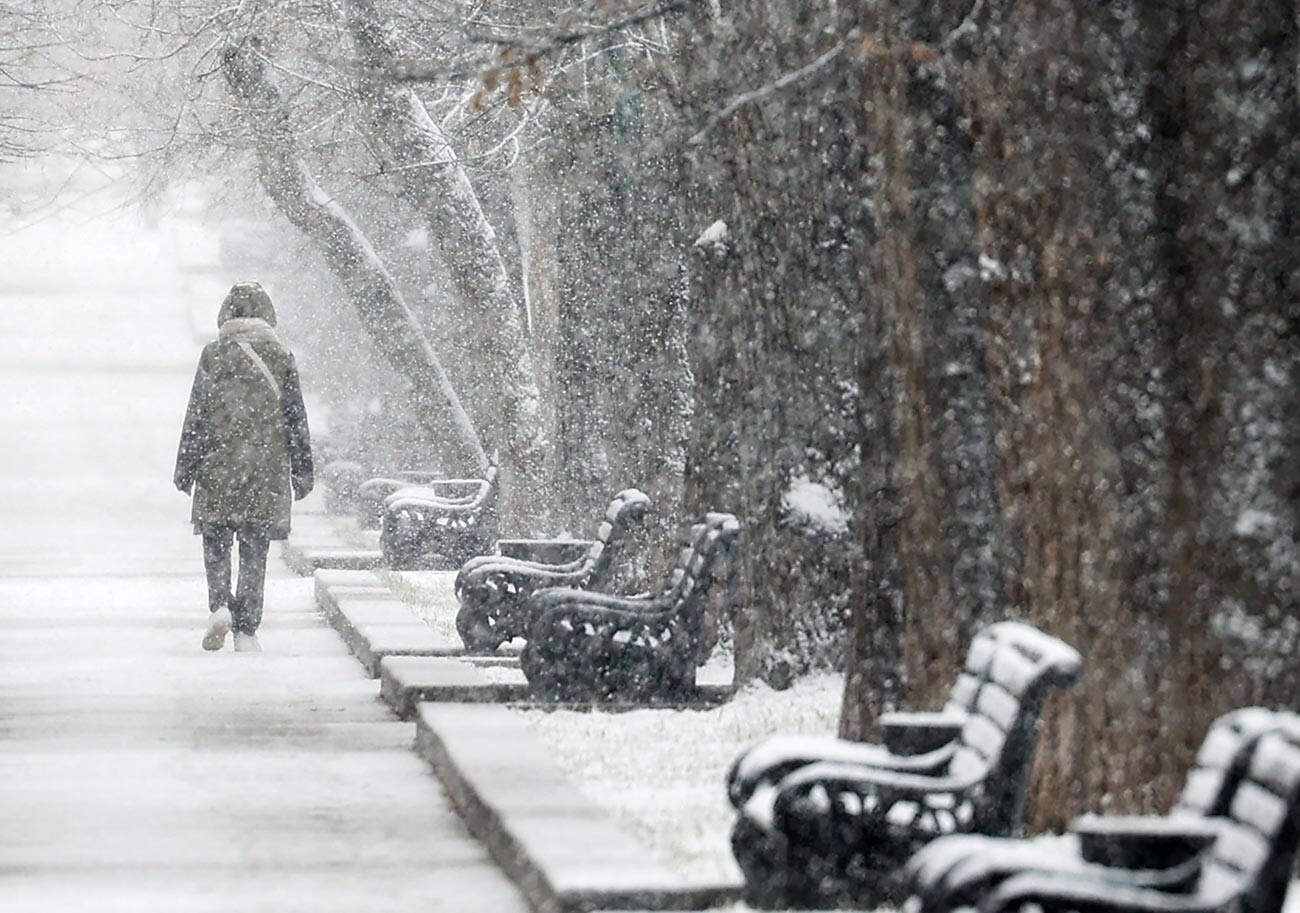 19. For the first time in 15 years, the Russian tennis team won the Davis Cup. Congratulations to our athletes! Pictured in the front is Andrei Rublev, at the back to the left - Daniil Medvedev. 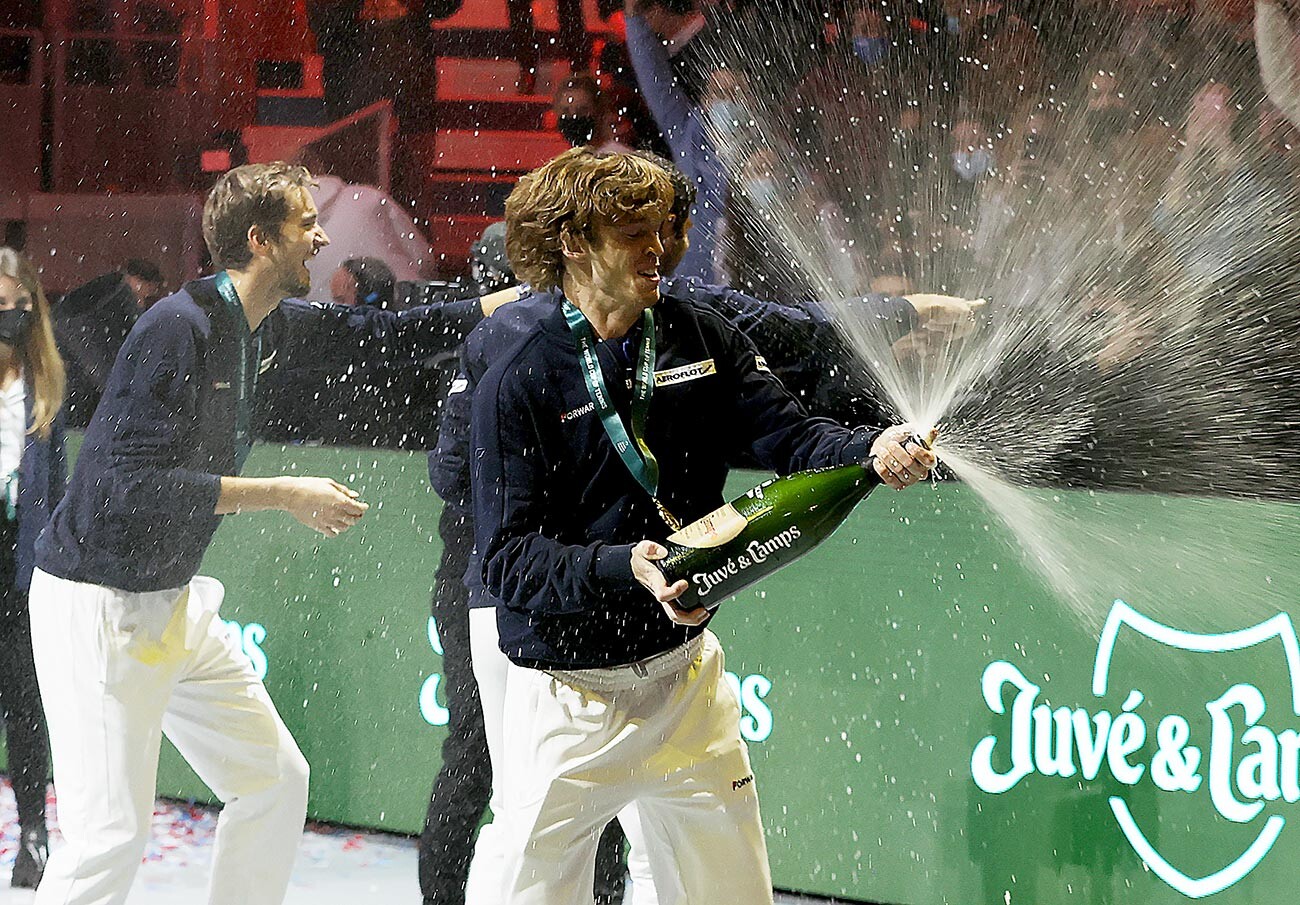 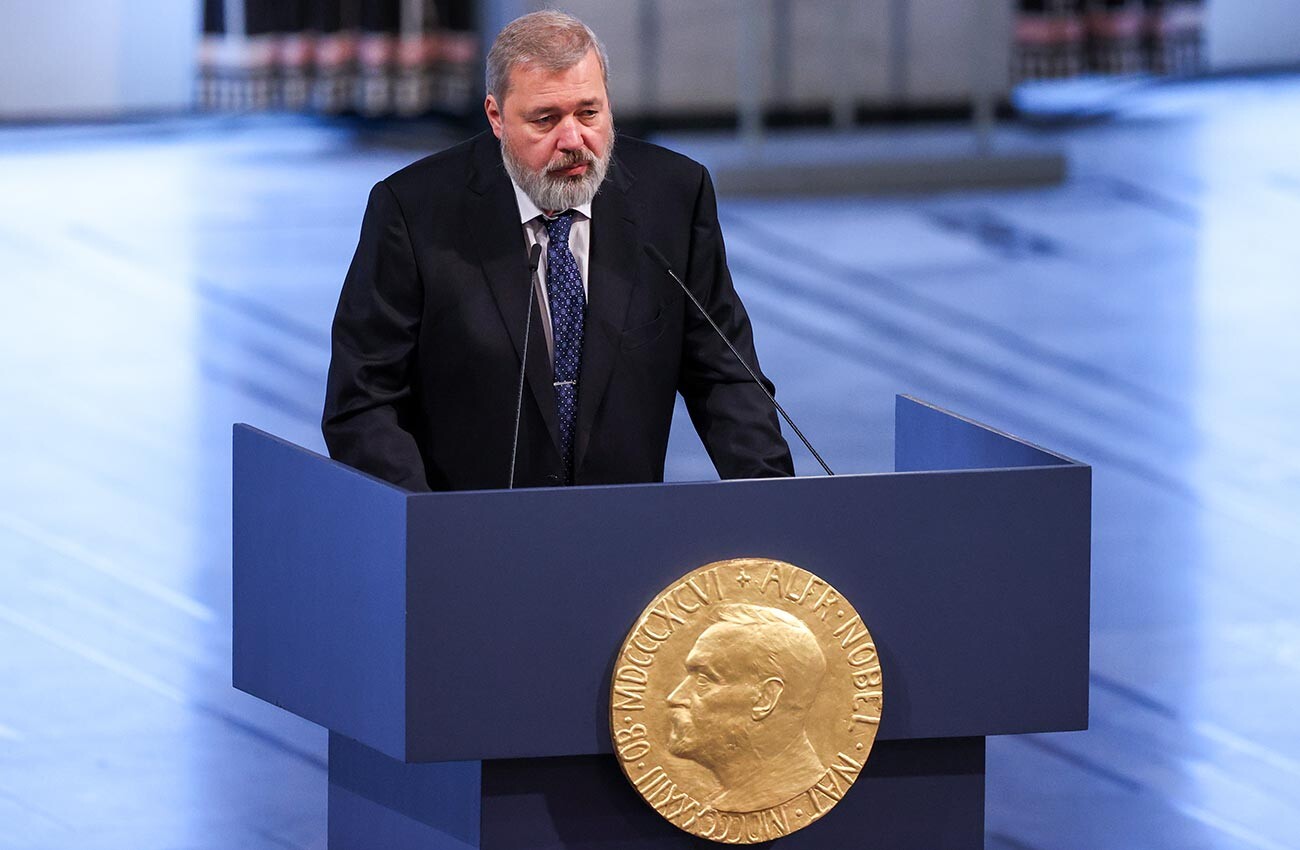 21. A brand new, long awaited art center opened in Moscow. Located in the venue of an old Soviet energy station, the GES-2 is now the home of the V-A-C foundation in Russia. Check out more gorgeous photos here. The sculpture dubbed ‘Big Clay’ in front of the building caused a big scandal among Muscovites earlier in the year. 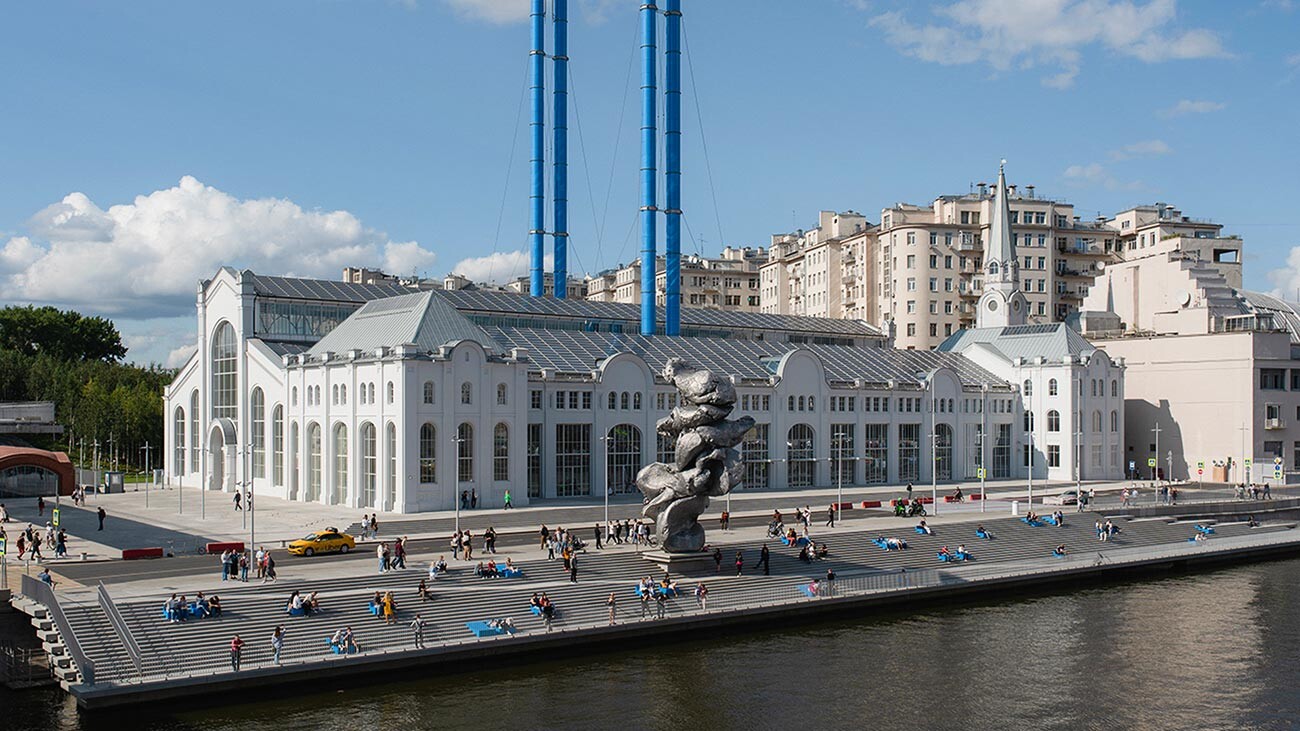 22. Ten new Moscow Metro stations opened simultaneously in one day! The previous time this happened was in 1935, when the subway was first launched. Here’s the beautiful Terekhovo station on the Big Circle Line, which is still under construction. Take a look at the other new stations here. 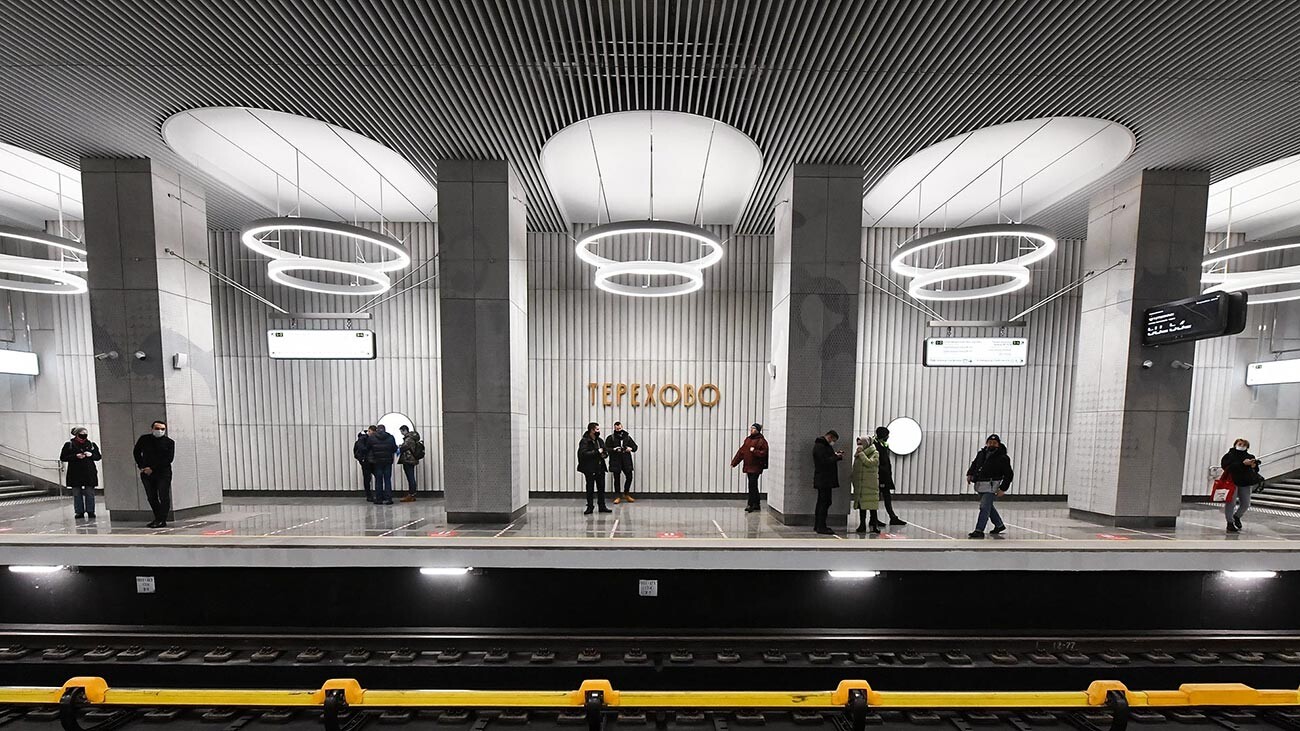