10 facts about Russia foreigners do NOT believe until they visit 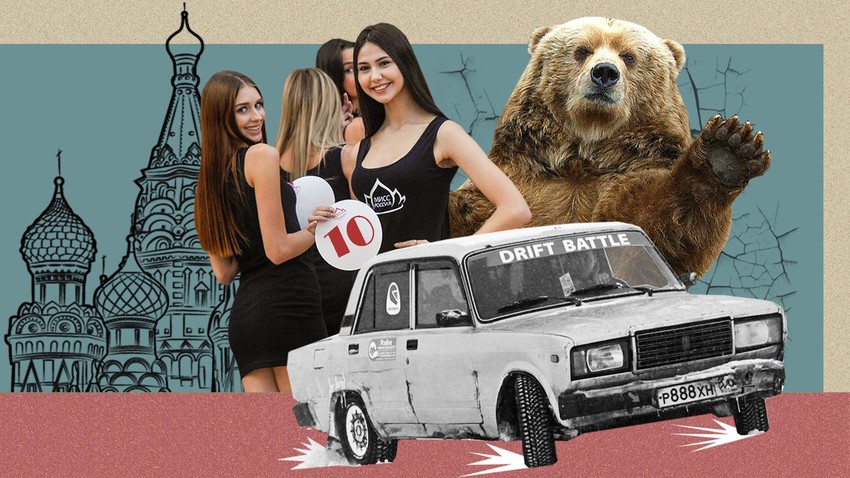 Andrey Nikirichev, Alexander Avilov/Moskva Agency; Виктор Лисицын/Global Look Press
You might suspect bears roam the streets in Russia, but you’ll never believe it, until you see it with your own eyes. 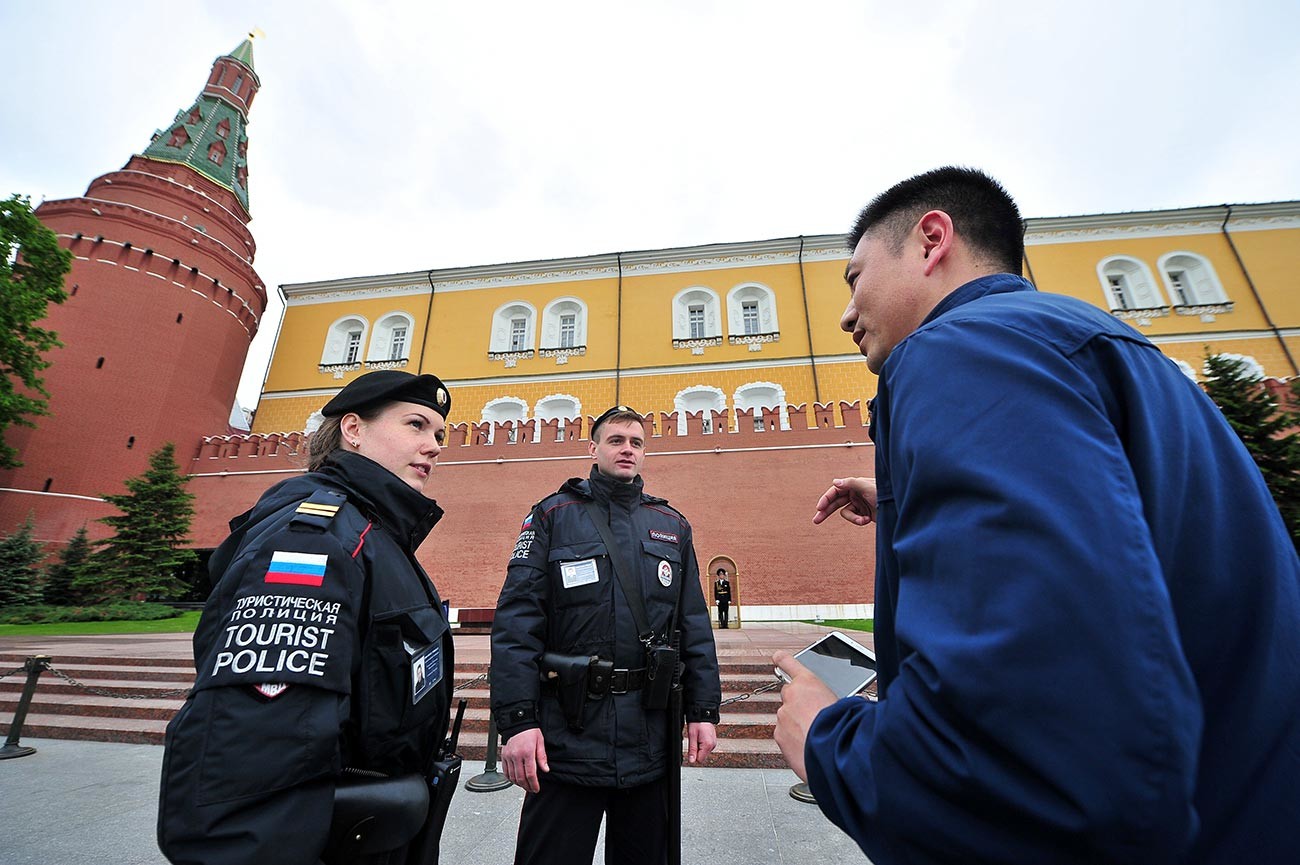 It’s a common reassurance every tourist heading to Russia hears from travel agencies and online sources. Most of the tourists end up in Moscow and St. Petersburg, so their concerns are especially acute for these two cities, as it’s hard to believe places with millions of inhabitants can be safe.

Therefore, you will never believe it until you see it for yourself. In Moscow and St. Petersburg, locals and tourists alike are comfortable using their phones, laptops, and cameras in public. What may surprise foreign visitors is that this pretty much extends to the provinces, too.

As in any other country, there are certain places you should avoid, but overall, lack of safety is one of the most misleading misconceptions people have before they visit Russia.

Click here if you are a woman who intends to travel alone in Russia. 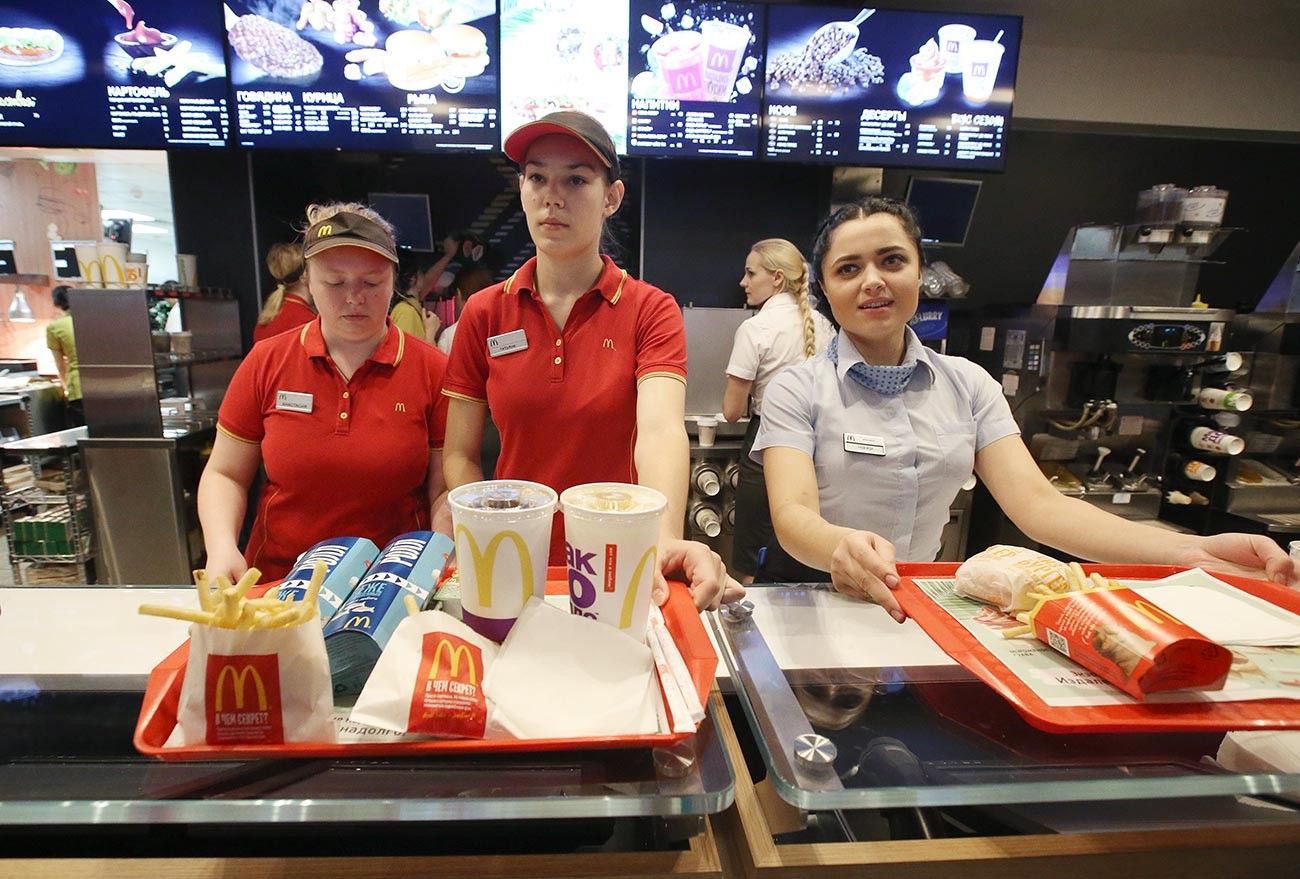 It comes as a surprise to many foreigners - and even Russians - to discover that international fast food joints are generally tidier and cleaner than the same franchises may be in other countries.

This is how one online user Max Yankov describes it:

“Strangely, international fast food chains in Moscow are far better than anywhere else. I can’t stand McDonald’s or Burger King abroad, but here they’re quite OK.”

3. There are fast food meals with caviar 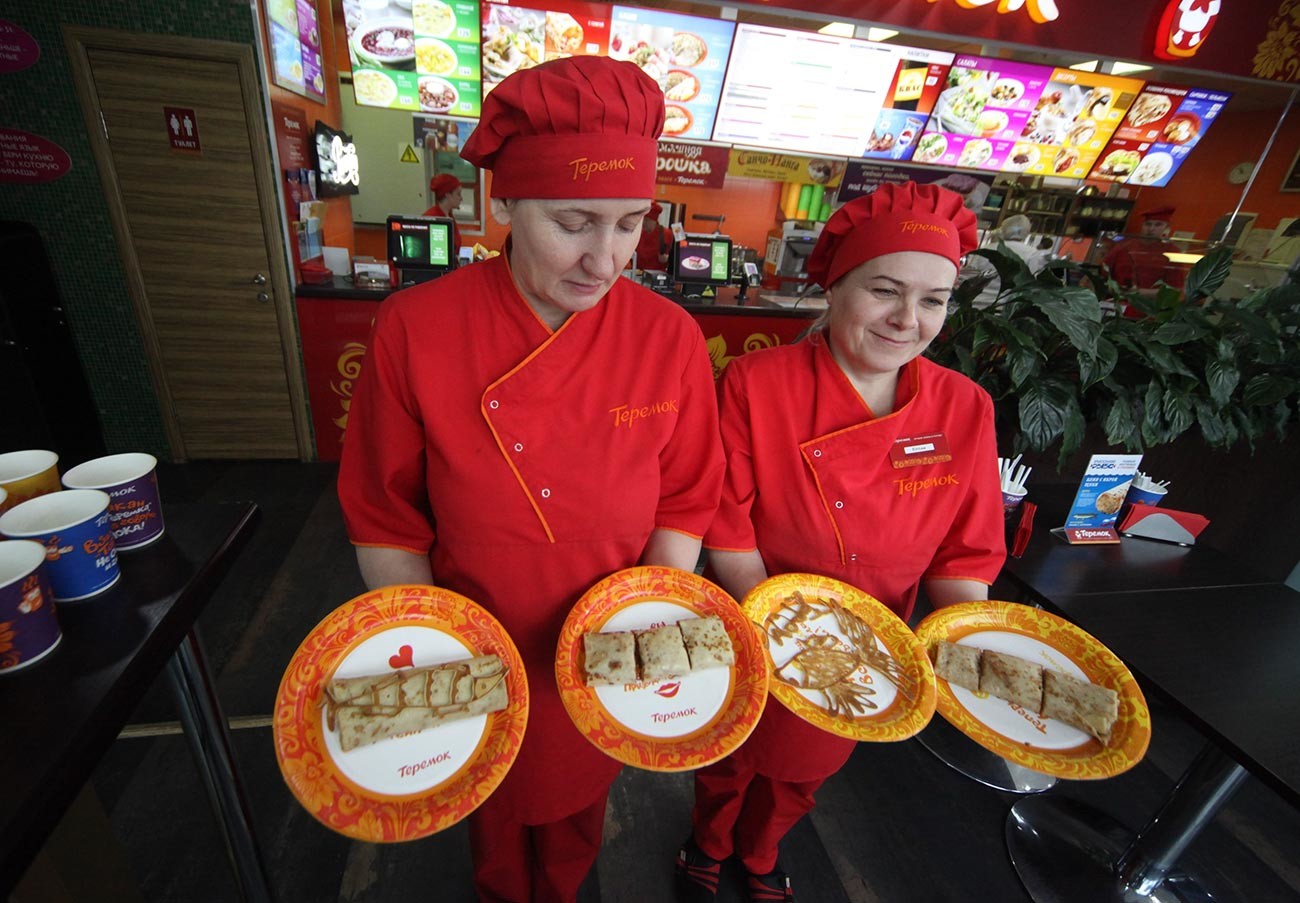 Now, we’ve established that fast-food chain cafes are generally better in Russia than abroad. However, what’s even harder for foreigners to get their heads around is that there is a particularly Russian way of thinking about fast food.

Yes, there are fast food cafes that offer pancakes with black caviar or foie gras for $30 apiece and there are multiple small cafes where guests can taste local (or not so local) delicacies delivered from all over Russia.

4. Russians do not do small talk 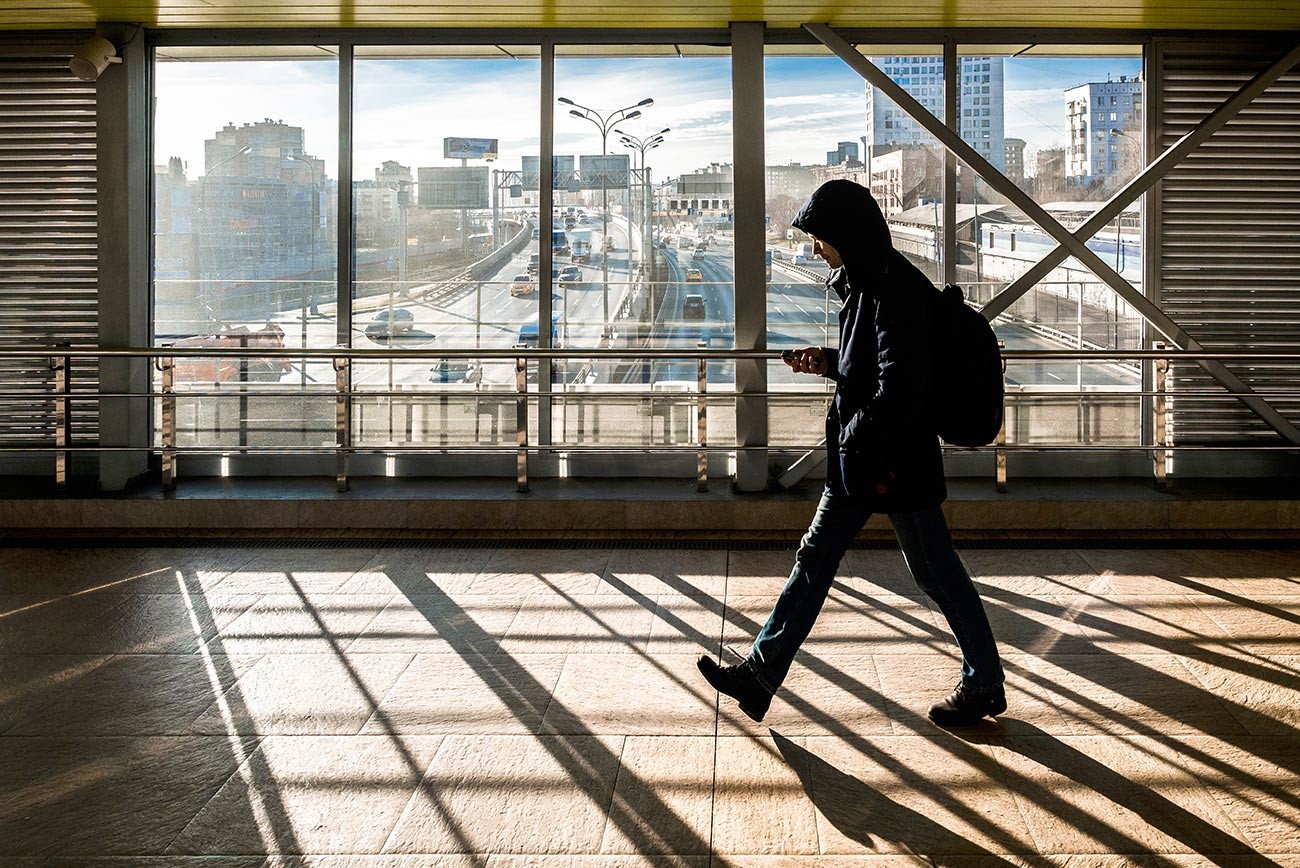 Everyone seems to know that and yet so many foreign visitors get surprised when they finally try to start a conversation with a Russian.

“The only time a stranger has ever volunteered something random to me on the streets of Russia was a nice old blind woman who said, ‘Oh, aren’t you a handsome boy!’ before turning to the air beside my face and saying, ‘...and you too.’,” wrote one of Russia Beyond’s contributors, Benjamin Davis.

Put it simply, small talk is just not a part of Russian culture, so next time you’re in the Motherland, just leave the weather aside and get straight to business. 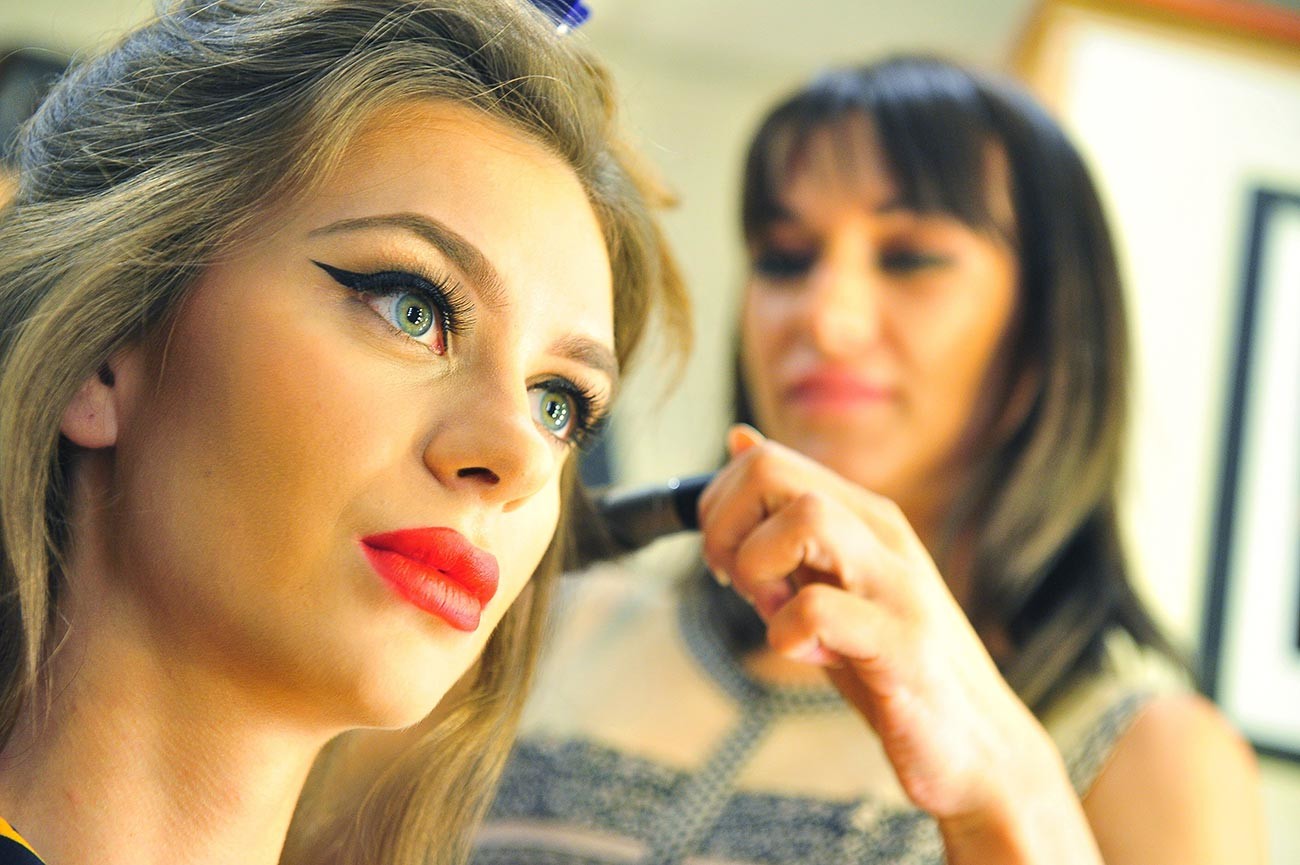 This is arguably the most widespread stereotype about Russia that rings true in every corner of the world and yet it is still mostly regarded to be just that, a stereotype.

However, in reality, this is far from being just another ungrounded stereotype — it’s a cold, hard fact. The beauty of Russian women comes as a result of hard work on their part and other factors over which Russian women do not have much control. Put together, this mix results in an unprecedented beauty appreciated inside and outside the country. But, again, you won’t believe it until you see it for yourself.

Warning: it might be probably better not to date a Russian woman nonetheless. Here is why.

6. There is life beyond Moscow and St. Petersburg 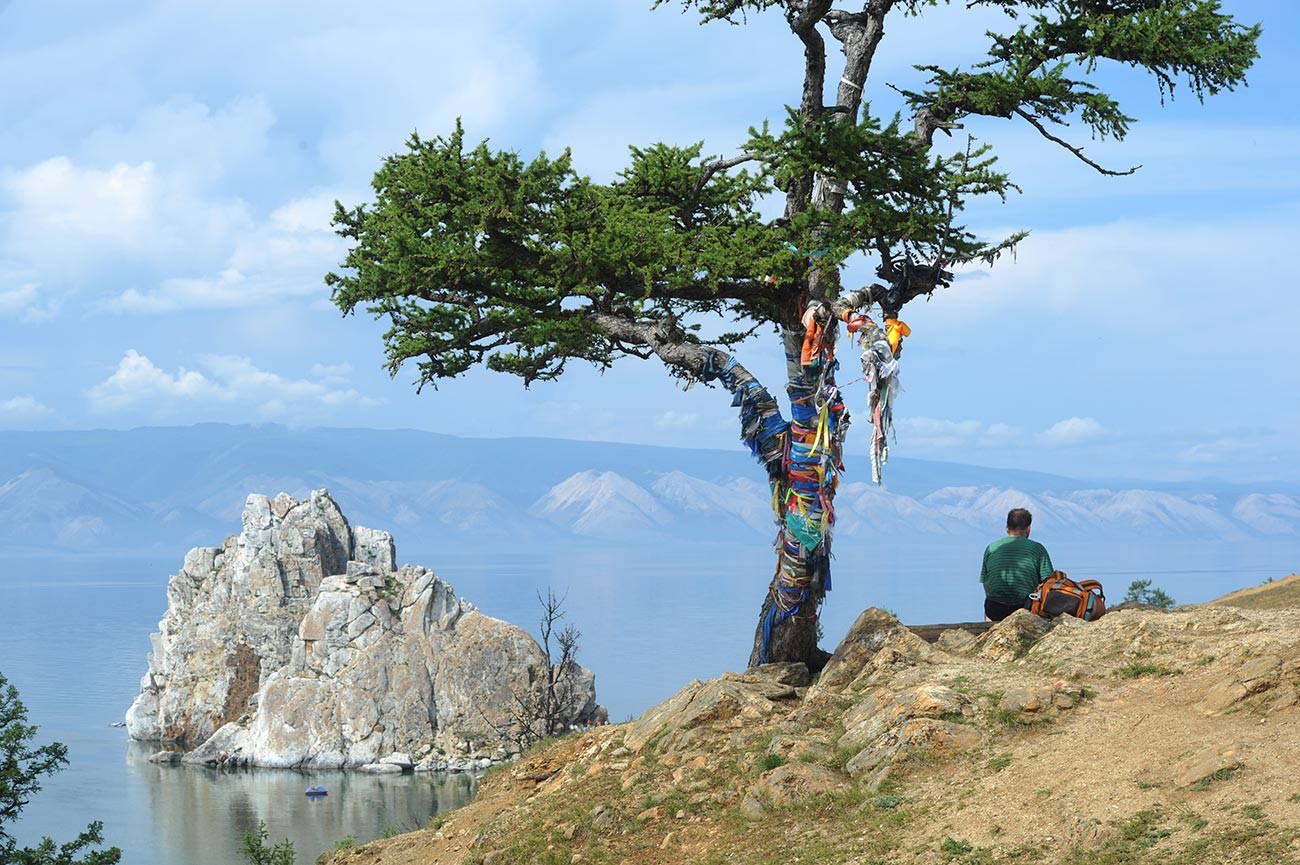 It could have crossed your mind that there should be someone living in this “waste space of land called Russia” that lies beyond the two capitals. Yet, how can someone coming from another country be sure?

There’s only one way to know: see it with your own eyes. Those who give it a go never forget the experience.

Russian regions offer as much joy to the visitors as the capitals do. Visiting Sochi, a sunny city on the Black Sea that hosted the 2014 Olympic Winter Games, the Crimean Peninsula, unknown Siberia, unique Lake Baikal, the Russian Arctic, and the stunning beauty of the Russian Far East as just a few examples, will provide drastically different yet similarly stunning experiences for anyone who travels there. 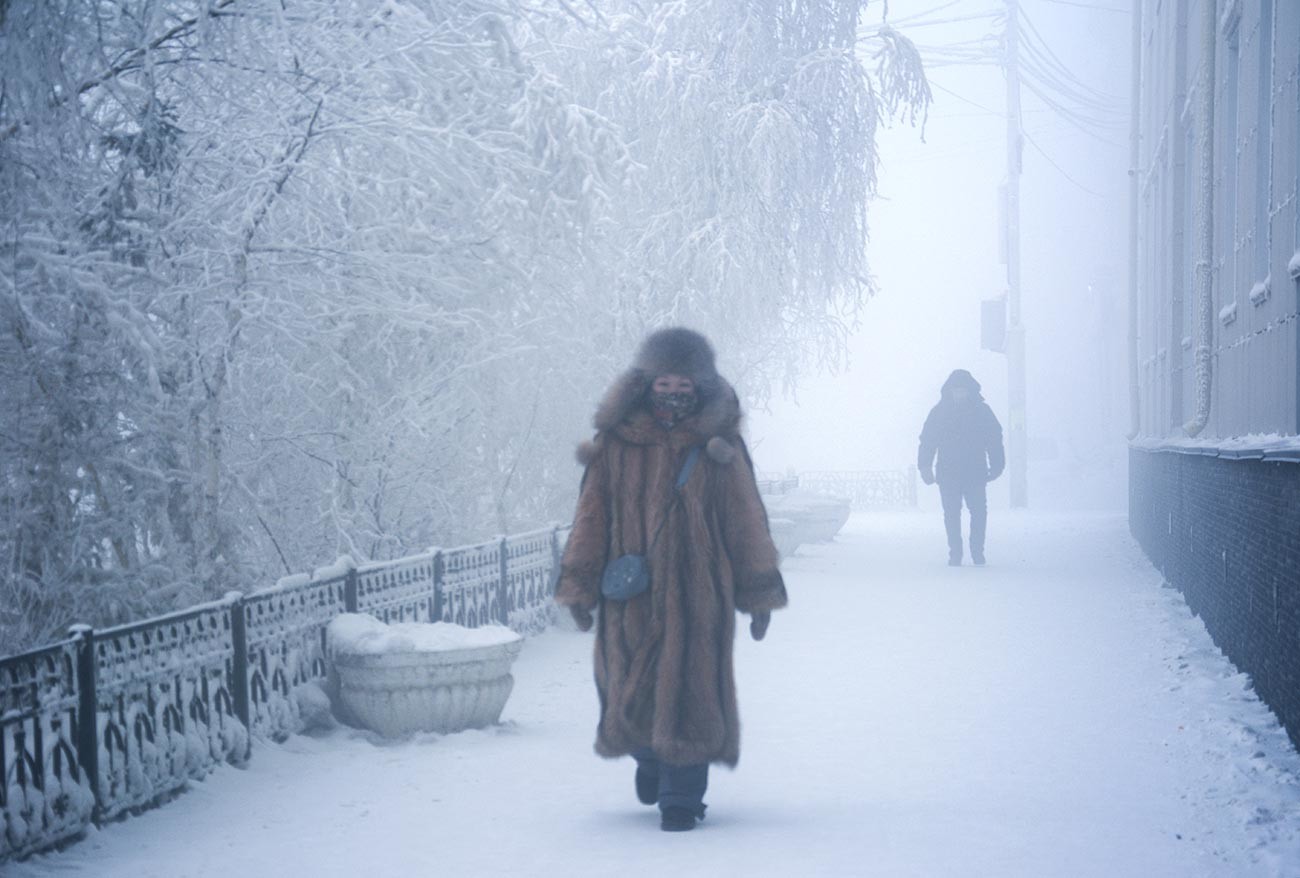 Beware! Going to some of the abovementioned places in winter might be a risky undertaking if you are not used to freezing winters and extreme weather conditions. Most people have heard winters are bad in Moscow and St. Petersburg but in reality, they have no idea!

Imagine being outside when the temperature is -50C. This is actually a norm for Yakutia, Siberia’s largest region and also the coldest one. Two sites located there, Oymyakon (population 500) and the town of Verkhoyansk, compete for the title of the coldest place on Earth.

Even though tourists may have a vague idea about how cold Russia can be, seeing how some Russians dress in such conditions will shock anyone nonetheless.

Click here if you want to know more about why Russia is so cold.

8. Bears do roam the streets… but only in small towns and villages 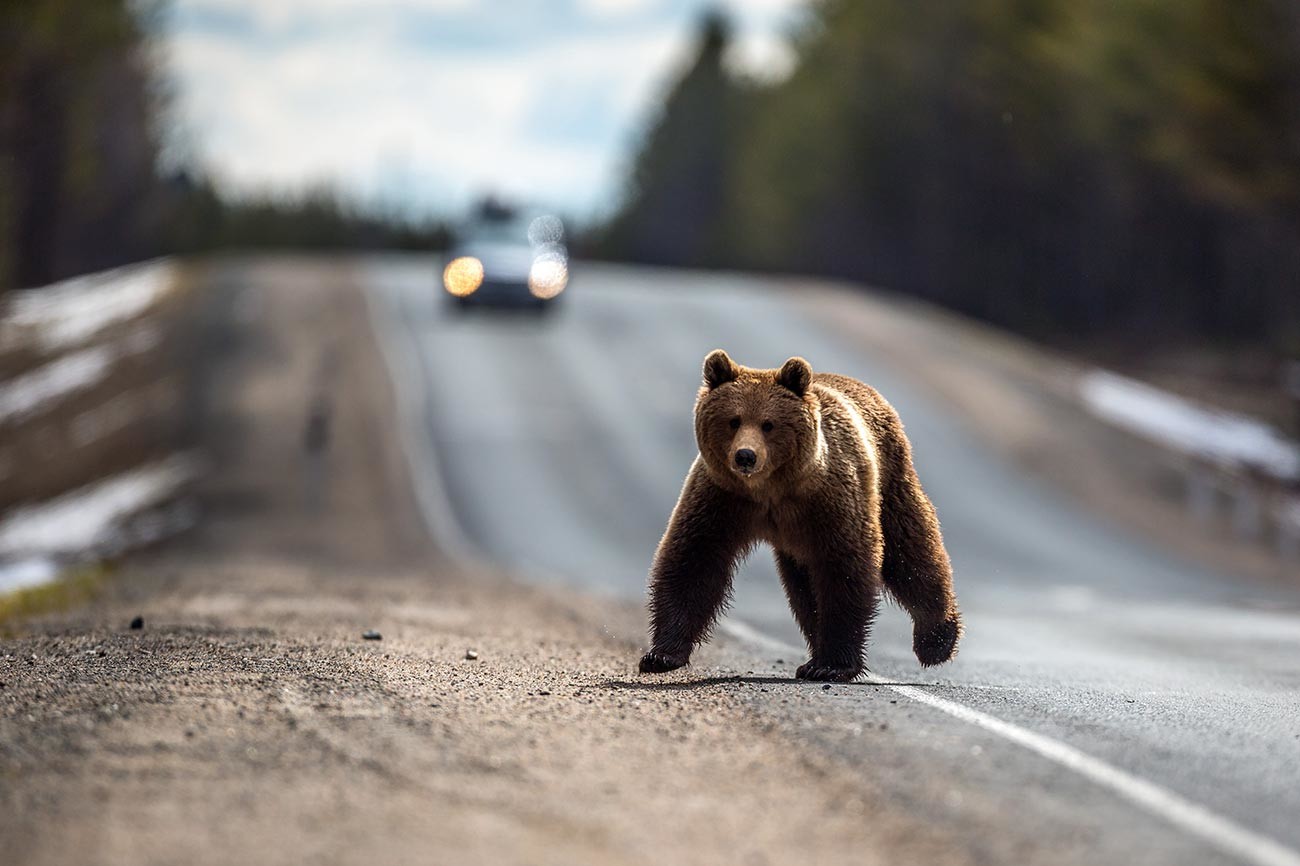 “I hope we don’t see any bears outside,” chuckles a typical tourist who checks in one of the high-end hotels near the Red Square in Moscow. Regardless of how widespread this stereotype is among foreigners, most of the Russians have never seen a bear walking the streets of their towns.

Most of the Russians, but not all of them… Those who live in small towns or villages in the Russian North do get to see bears and other wild animals roaming the streets from time to time. It’s one thing to know that bears walk the streets in Russia and quite the other to see a wild bear with your own eyes.

9. It’s dangerous to drive in Russia 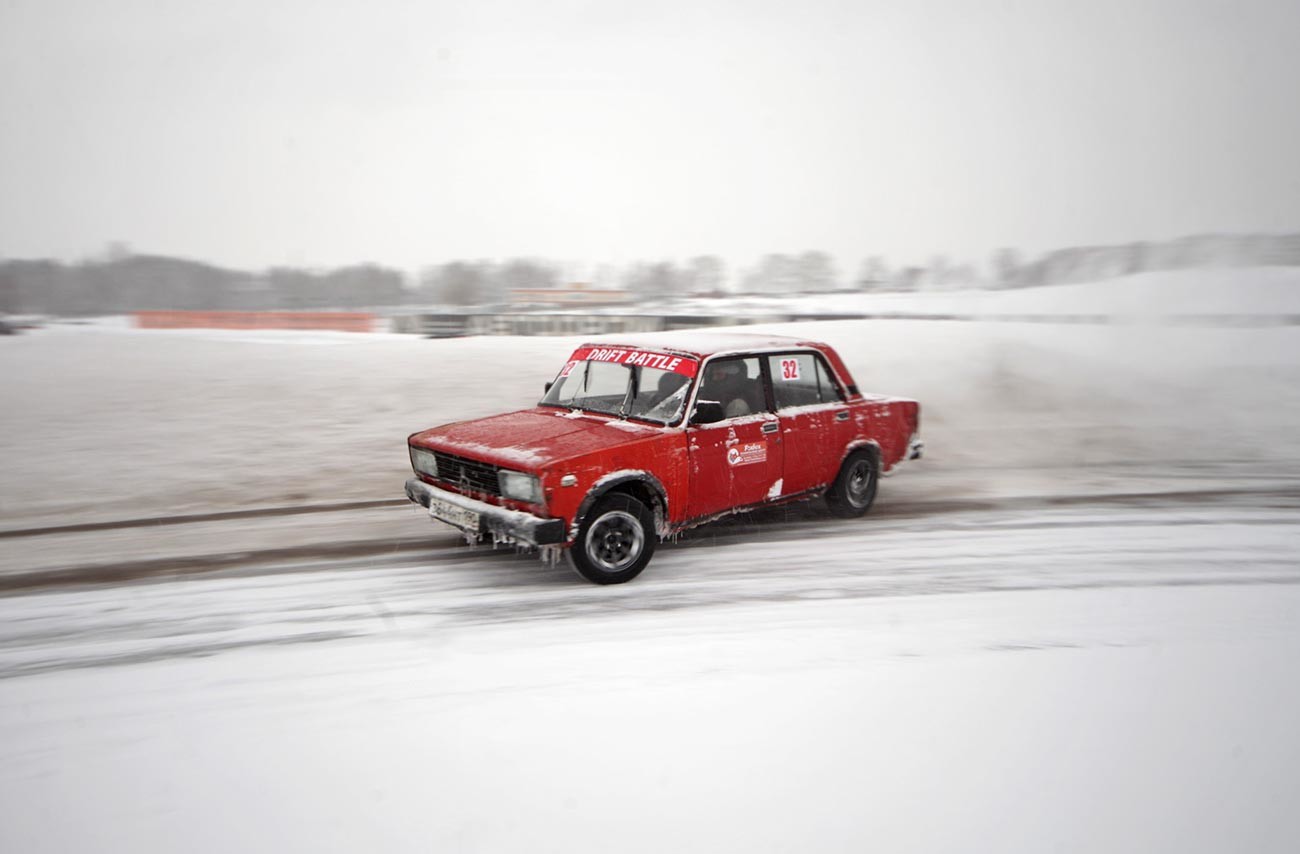 Russian drivers are notorious for their hectic style and general disregard for traffic rules. Everyone knows it, but few get a first-hand experience.

The speed limit is not what it seems, yellow light is much as nonexistent and turn signals are rare animals, not only in Moscow, but in other regions as well. On a positive note, if you manage to stay sane after driving in Russia, driving anywhere else in the world will be a piece of cake for you. 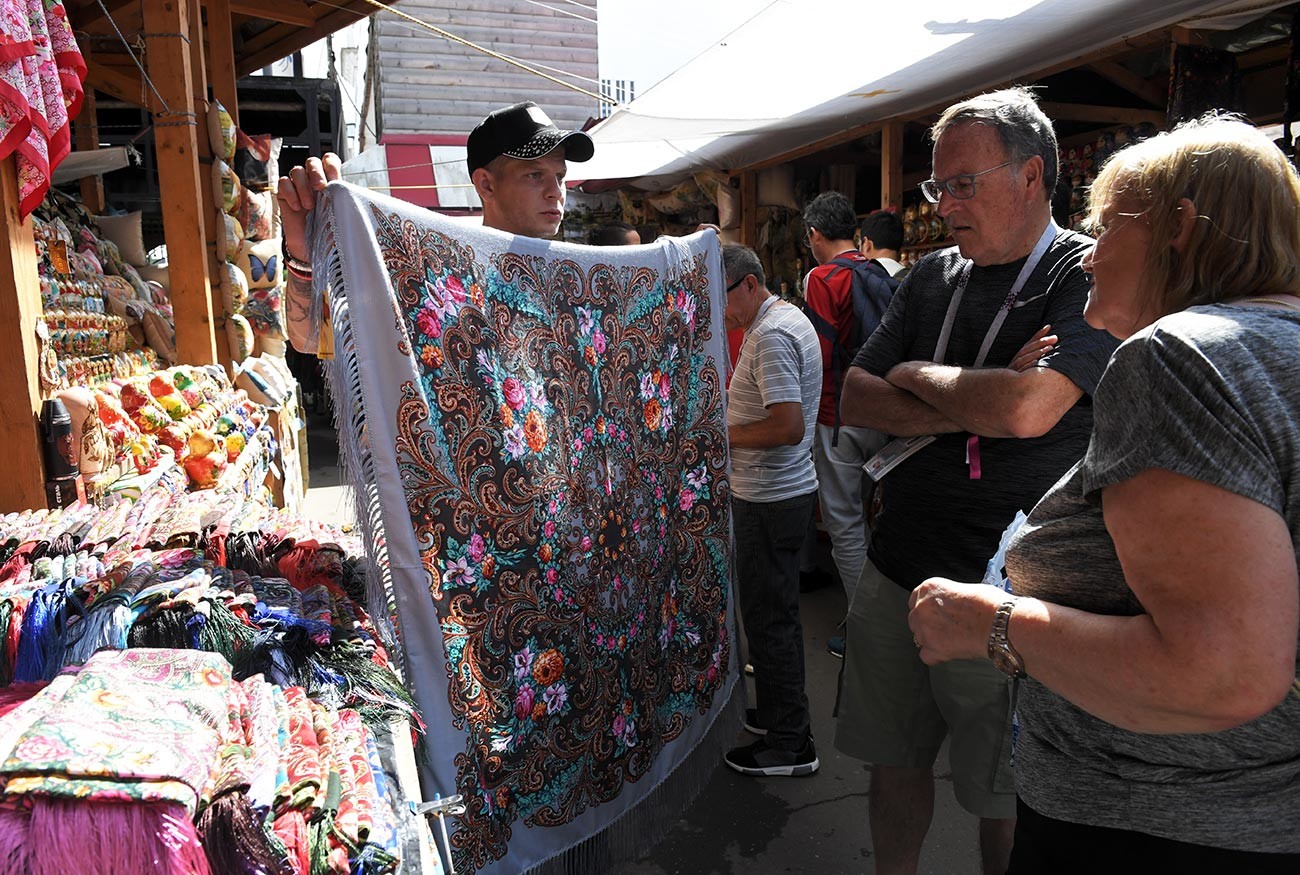 Most visitors suspect it might be a good idea to learn a few words besides da and nyet before coming to Russia. Most of them don’t, however, hoping that English will do the job.

You must have heard this million times already, but listen to it again: few Russians speak English, let alone fluently. Although you may get lucky in Moscow and St. Petersburg, do not hope to chitchat in English with people in Russian regions, where even fewer residents know English at all. Many Russians simply do not feel the need to learn this difficult and terrifying language, because they do not travel abroad very much.

Click here if you want to know why Russia is so awesome.