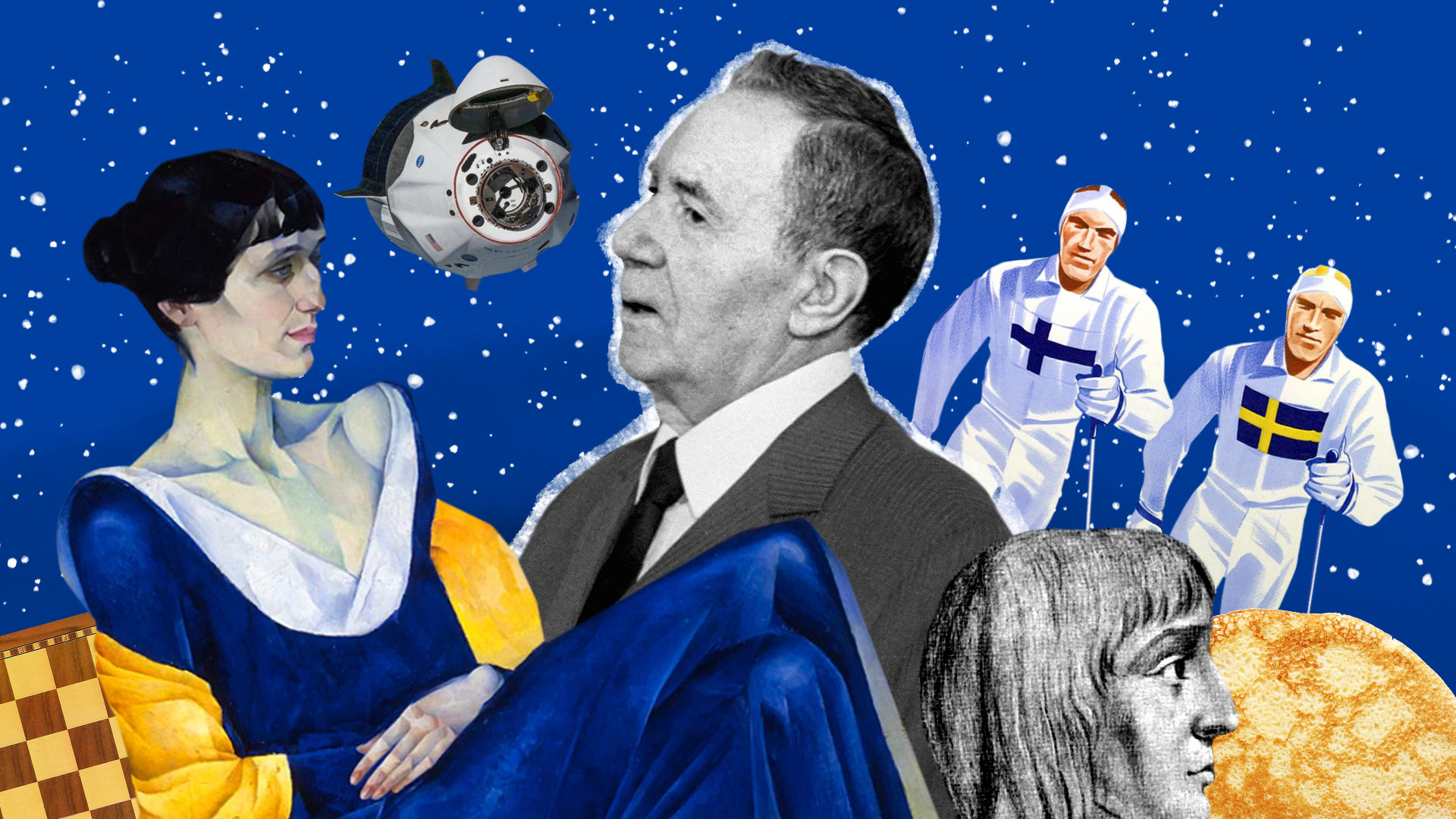 Natalya Nosova
The most popular stories among our readers aren’t always the most challenging to put together, or the ones our writers are proud of. This time, we asked them to list the stories they most enjoyed working on. Give them some love!

“Music is the reason I came here” - this is how my interviewee started our talk. Born in Milwaukee, Wisconsin, Sean Quirk once heard throat singing by a Tuvan band, and the music changed his life. Now he lives in Tuva’s capital, Kyzyl, plays ethnic Tuvan music, raises five kids with his Tuvan wife and speaks Russian… with a Tuvan accent. His story is very soulful!

Russian winters are so cold, but so beautiful! Sometimes nature performs real miracles with the elements, and some of them can be glimpsed only in Russia. Here’s our discussion of the wonders of ice with Nikita Tananaev, a hydrologist and leading researcher at the Permafrost Institute in Yakutsk. 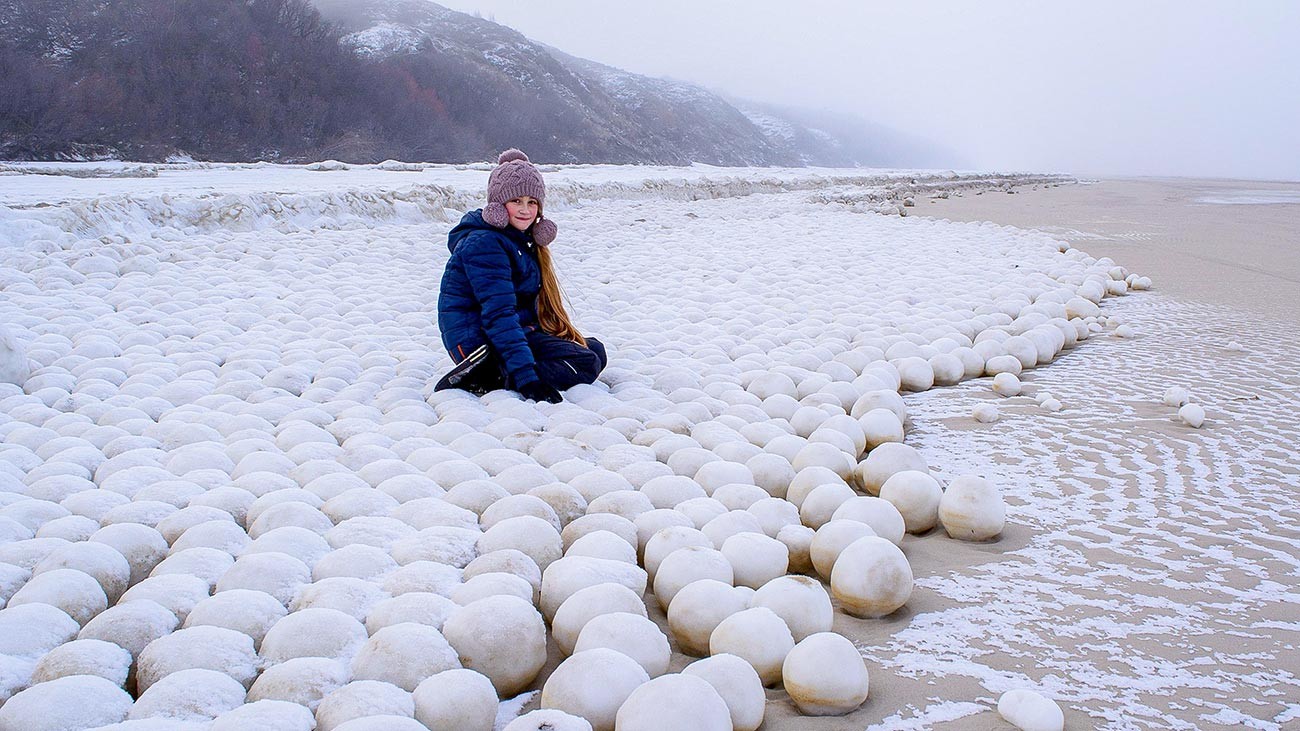 This year we commemorate the 75th anniversary of the victory in the Great Patriotic War. The number of Soviet soldiers buried in European countries is estimated to be in the millions, but who takes care of their graves? Meet the locals in Europe who help relatives to search for the missing Red Army soldiers.

I am keen on all the topics connected to Russian culture, arts and literature, and learning about Russia through its great literature is incredibly important. One of the most significant pages in 20th century Russian culture is the Silver Age, which gave the world a dozen of the greatest names in poetry. Find out more about the period here. 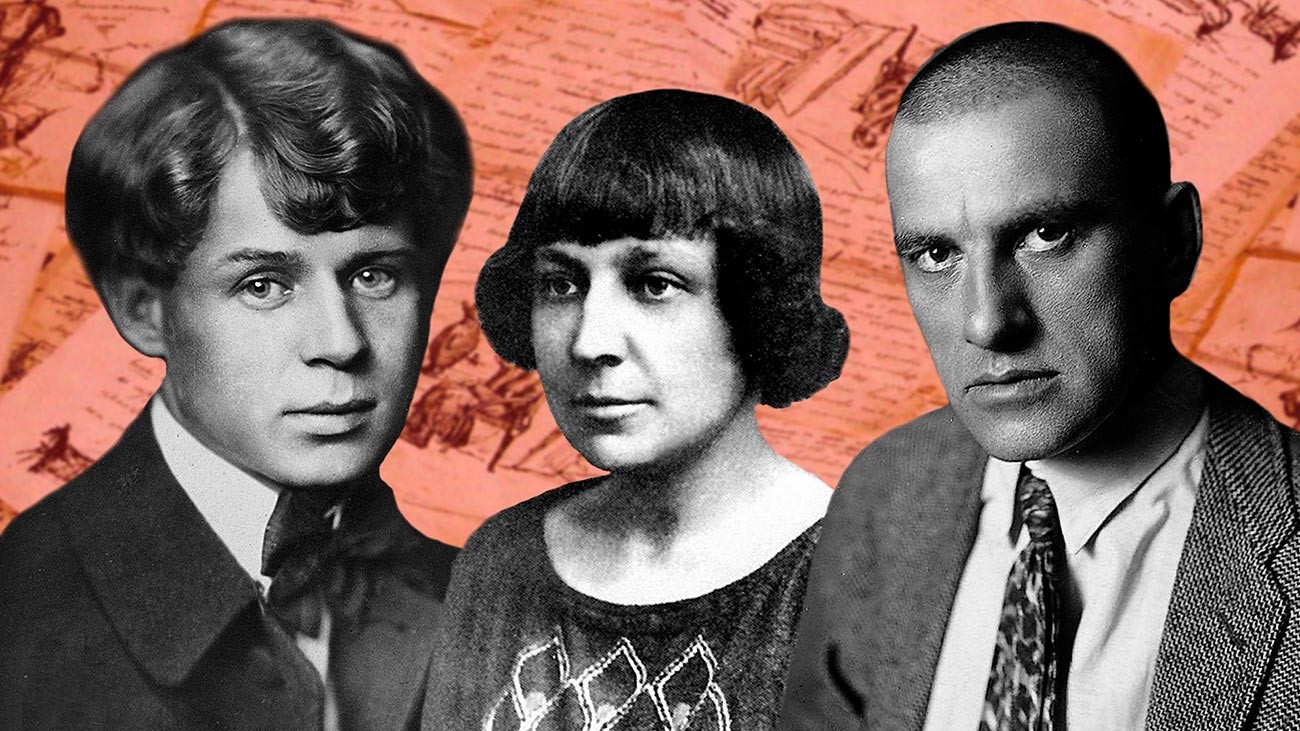 At the same time, keeping in mind how much our readers love Leo Tolstoy, I looked through his new biographical book, and selected some little known facts about his life for you. Here it is if you missed it. And did you know what Leo Tolstoy did during the last 10 days of his life? It reads like a detective! Go here for more on that.

For those who are interested in other artforms, read about what the Russian style is in arts and architecture, and how it was born.

Also, don’t check out photos of St. Petersburg palaces destroyed by the Nazis before & after restoration here.

My greatest interest lies in discovering amazing facts about Russia's military history and sharing them with our readers. Throughout the year, I investigated why and how different European nations joined the German aggression against the USSR in 1941. For example, what reasons did the Italians, Spanish and Hungarians have? And here you can find out what forced even the neutral Swedes to join this lousy business. 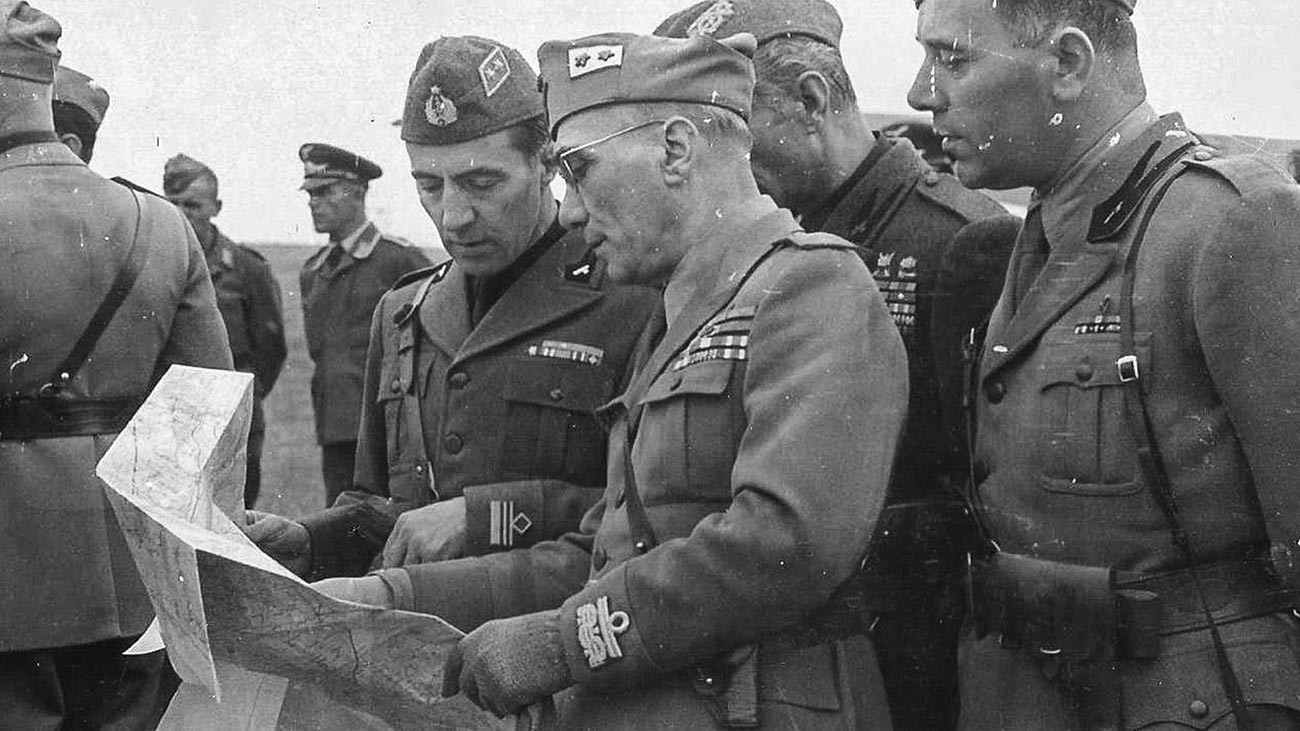 Anyone with any  interest in WWII history has probably heard about the hundreds of thousands of Russian collaborators who fought for Nazi Germany against their own homeland. However, few know that the Japanese Empire had similar units, consisting of "Russian Samurai" who struggled for the creation of Greater East Asia, led by Tokyo. Read all about it here.

Another article of mine deals with the Chinese Honghozi gangs, who were a true menace to both China and Russia during the second half of the 19th century. The gangs robbed villages and terrorized the local population across the whole of the Russian Far East - with Russian authorities unable to do anything about it. Find out why they were so successful.

My fascination with people and their life stories is endless. When I find an interesting character, I take great pleasure in helping them recount their stories and share them with others.

Take the story of a man who came into the spotlight when Joe Biden became the U.S. President-elect. Here he stands, between Biden and Gromyko, unknown to most of us. I found the man. This Soviet interpreter stoically did his job translating negotiations between the U.S. and the USSR during the toughest moments of the Cold War and then — surprise! — moved to London to translate for Russian oligarchs. Read more about him here. 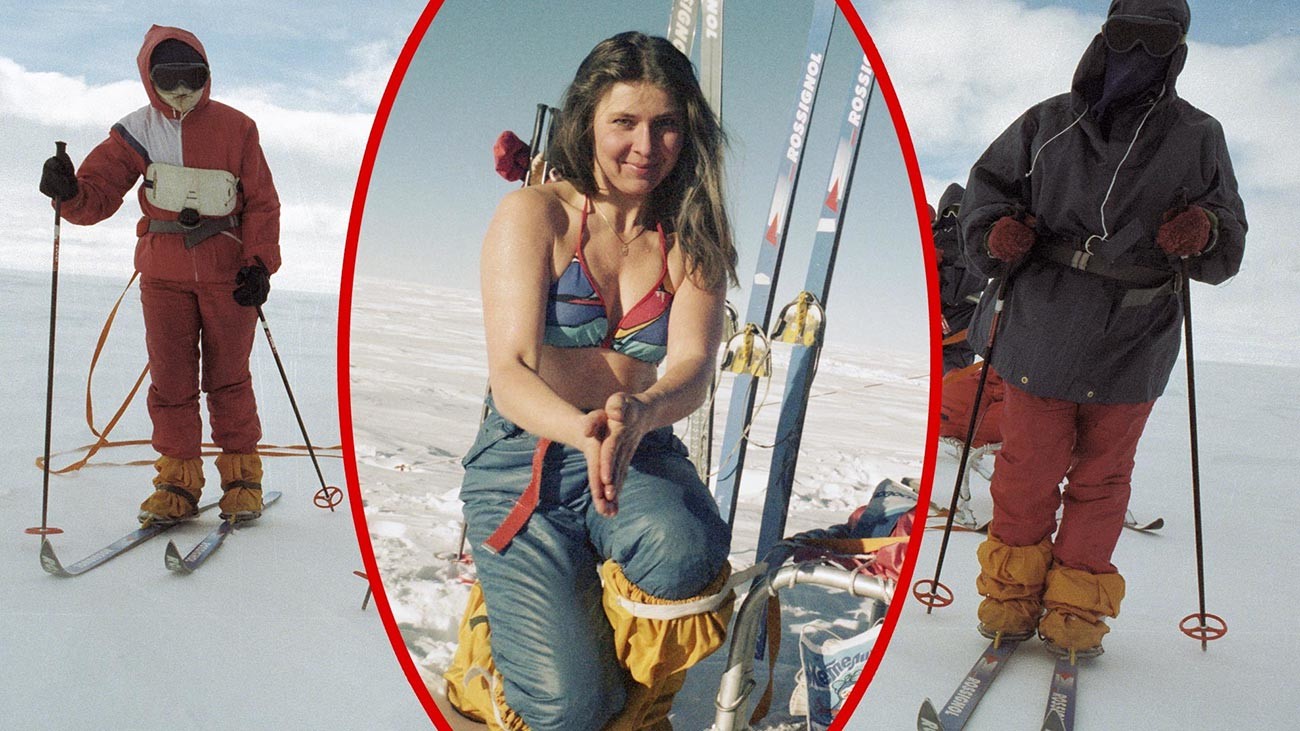 I love stories of people who pursue their passion in spite of the boundaries society may put on them. Read this story of dedicated Soviet women who skied to the South Pole and you will know what I mean.

Did you know that Marine One, which has been transporting U.S. Presidents since 1957, was a brainchild of a Russian genius? Or was he an American? Read the beautiful story of Igor Sikorsky to find out.

I’ve always been fascinated by what goes on in Russian labs, research institutes and the world of science - how scientists manage to explain the seemingly impossible.

If someone had told me that they managed to extract 42,000-year-old dormant multicellular organisms from the permafrost, and have them living and reproducing again, I would’ve thought it nothing more than another sci-fi movie. Still, that’s exactly what happened in one of the Russian institutes where the worms suddenly came alive. Sound scary, right? It’s been two years since that happened, and I’ve found out what became of them.

Another strange phenomenon: in a country where two-thirds of the territory is covered in permafrost, the average temperature is rising faster than anywhere else on the planet. We’re talking about Siberia, where anomalous high temperatures have been setting record after record. Why is that? And what will happen next? I tell you all about it here. 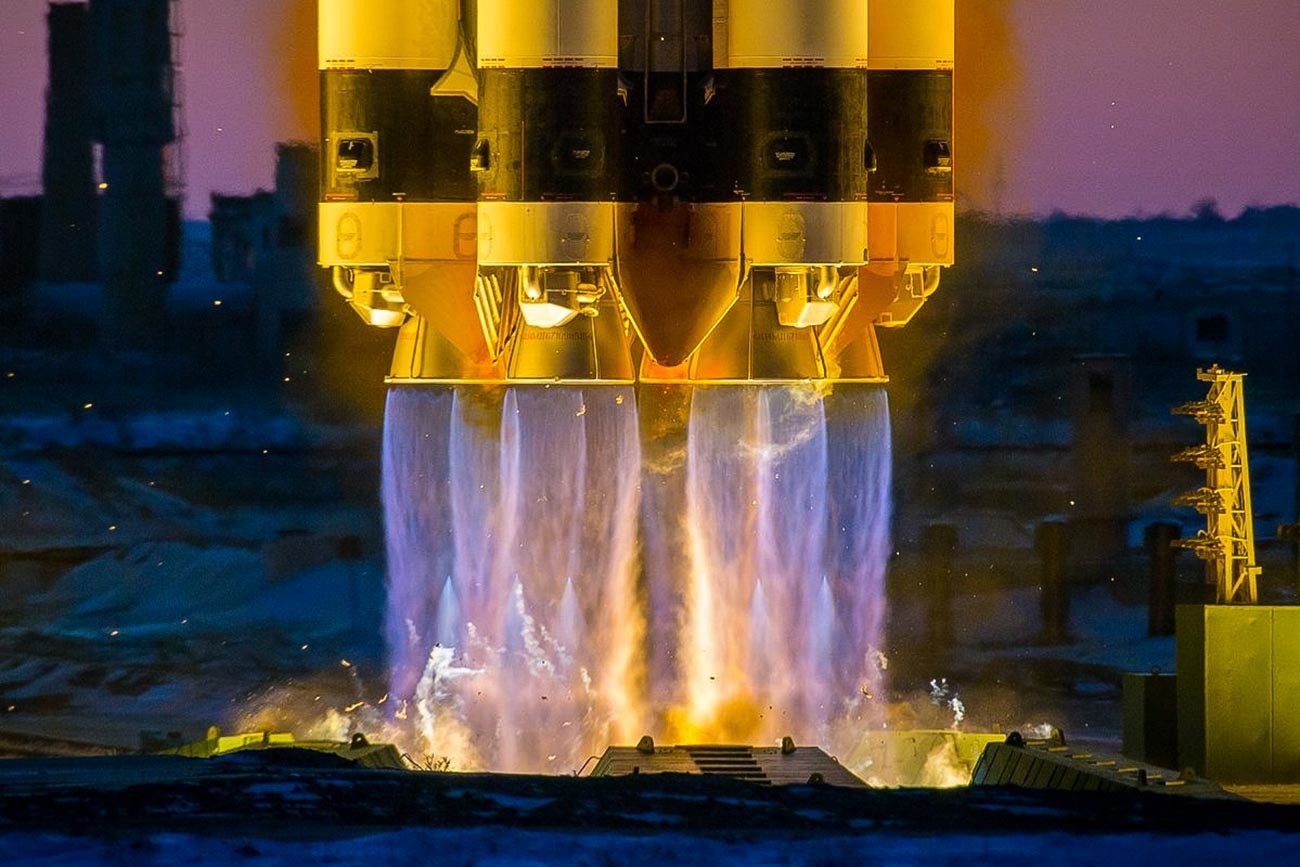 This year the topic of space conquest is especially salient, with SpaceX having sent two astronauts into orbit using Crew Dragon. This was the first time a private company managed such a feat. Could Russia lose its space supremacy following Elon Musk’s success? It’s a difficult question that could be answered several ways. Read about the chances that Russia has to remain ahead here. 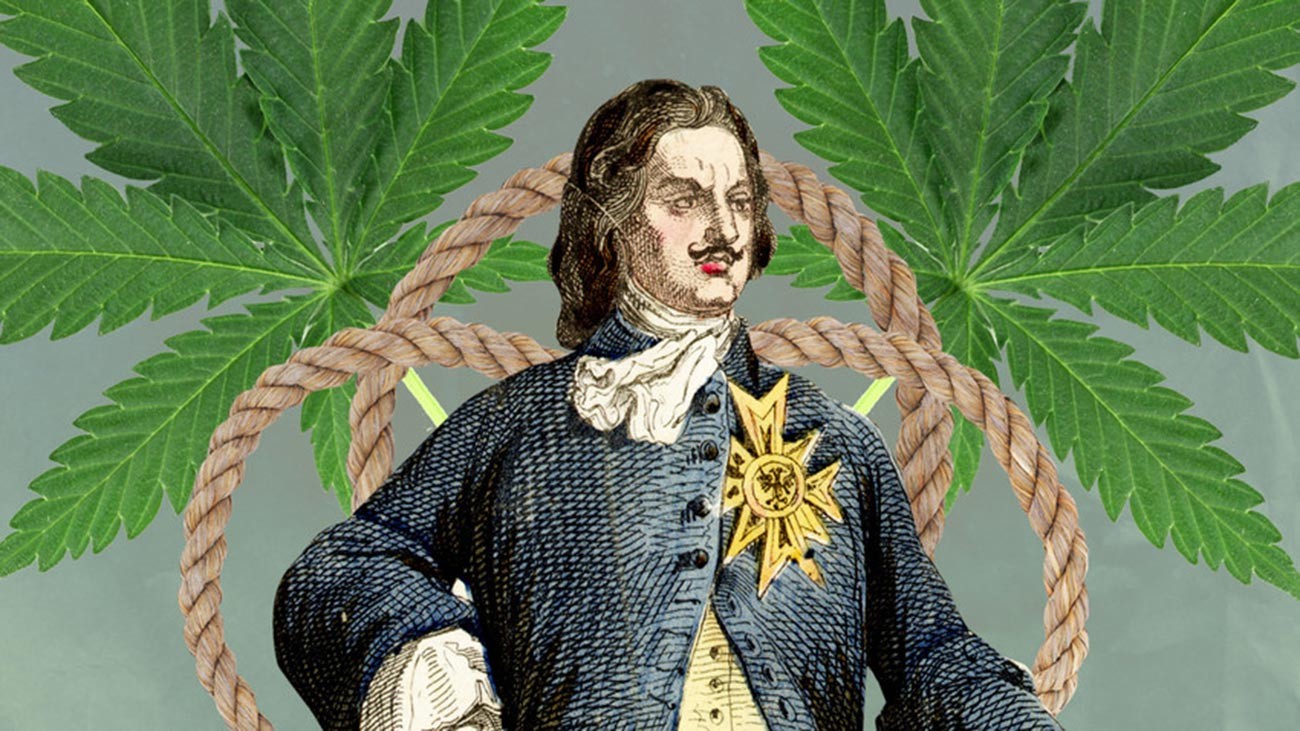 The greatest pleasure for me has always been sharing my fascination with history. When I see that my readers or listeners are excited by the facts and stories I find, that’s when I know my work has reached its goals. In 2020, I came across several really paradoxical things that wouldn’t have been obvious to a few people interested in Russia.

For example, the fact that Russia actually supplied its biggest marine enemy, the United Kingdom, with naval rigging. Or that the Moscow Kremlin was, in fact, built by Italians. Or the obscure fact that once, Napoleon wanted to enlist in the Russian army.

I also really like to get deep into the mundane and private spheres of the Russian people of the past. It’s not easy to imagine how hard it must have been for a Russian woman to give birth in the countryside – and how tiresome a rural wedding can really be for a young woman. Not much is usually known about how sexuality was treated in Medieval Russia or what the Russians of the past did with their lunatics and madmen before psychiatry appeared. Let’s stay in touch for more insights into Russian history!

I'm all into Russian guns and want to share my passion with all of you. One of the most significant 2020 weapon additions to both the domestic and foreign militaries is without a doubt, the new AK-19. This is one of the most advanced Russian assault rifles today, and I feel like it's one of the most important firearm additions of the year. Read all about it here. 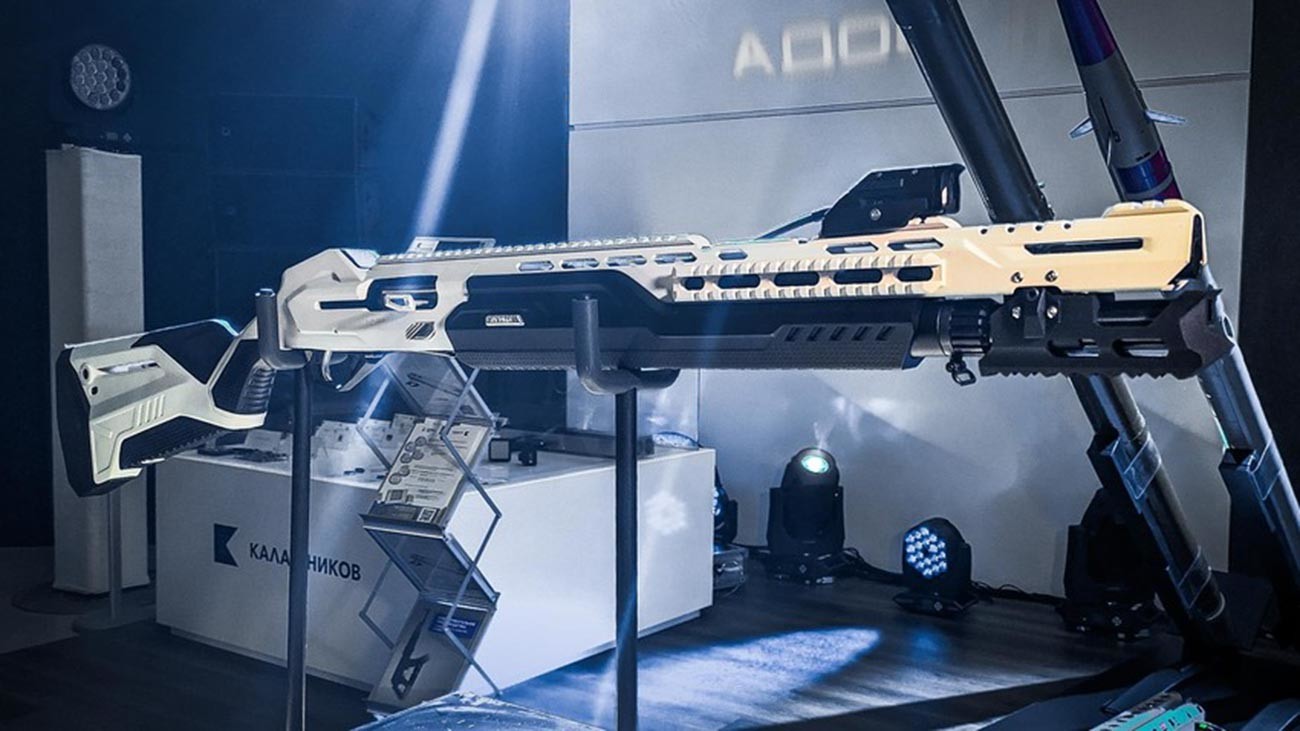 Another awesome rifle that people have a chance to see now is another Kalashnikov. It’s a state-of-the-art semi-auto shotgun that can be synchronized with your smartphone. From now on you'll be able to record your shooting at a distance from your gun's point of view, as there is a camera right next to the barrel. And you'll also be able to immediately upload these videos from the gun right to your cell-phone, and then to your social media pages. Check out more of this Doom-like shotgun’s features here.

Another important premier of 2020 was the comeback of the 'Big Guns' YouTube show where we test the limits of our country's most powerful weapons and destroy everything in front of us. Click the link and watch the latest episode of the show.

For me, real Russia is in the north, neck-deep in the snow banks, among old wooden houses and northern lights, with the sea or the ocean nearby. Traveling the Russian North, I learned a lot about the lives of its inhabitants - such as the fact that encounters with bears are a common occurrence for them; and that there are entire societies of people dedicated to shooing away our curious furry friends, who oftentimes like to just stroll in, climb through windows or onto roofs. Read more on that here. 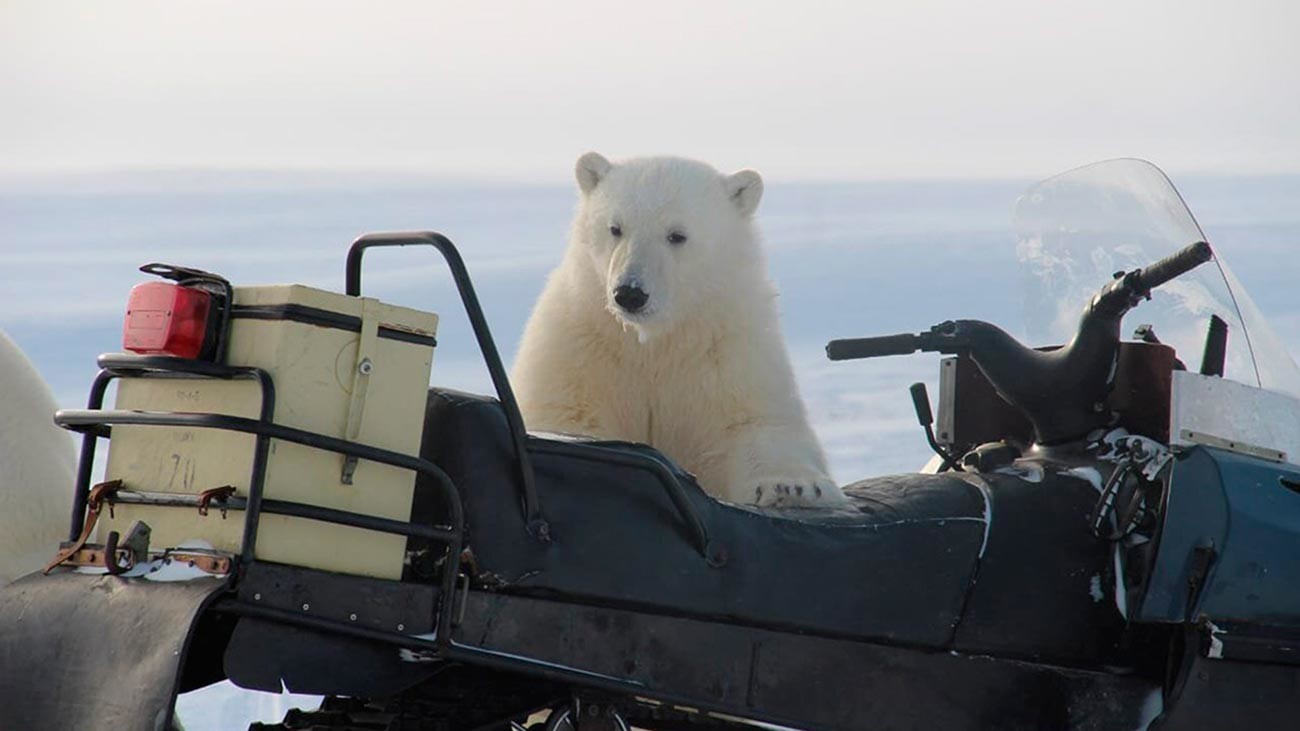 Another passion of mine is discovering unusual Russian societies and subcultures. That is how I met the group that fights to keep the Russian language from becoming too anglicized. Thanks to them I learned a great deal about my own language and learned a bunch of old Russian words and neologisms in the process, all of which could be used to substitute for the invading English mutations. I share my knowledge of what the Russain language really is in my conversations with the society’s members here.

I’ve always been a big fan of chess. One of the great classics of chess literature, Mikhail Botvinnik’s memoir, Half a Century in Chess, has long been at the top of the pile on my bedside table. Botvinnik is thought by many to be one of the greatest chess players of all time, along with his famous students, former world champs Garry Kasparov and Anatoly Karpov.Read more about him here. 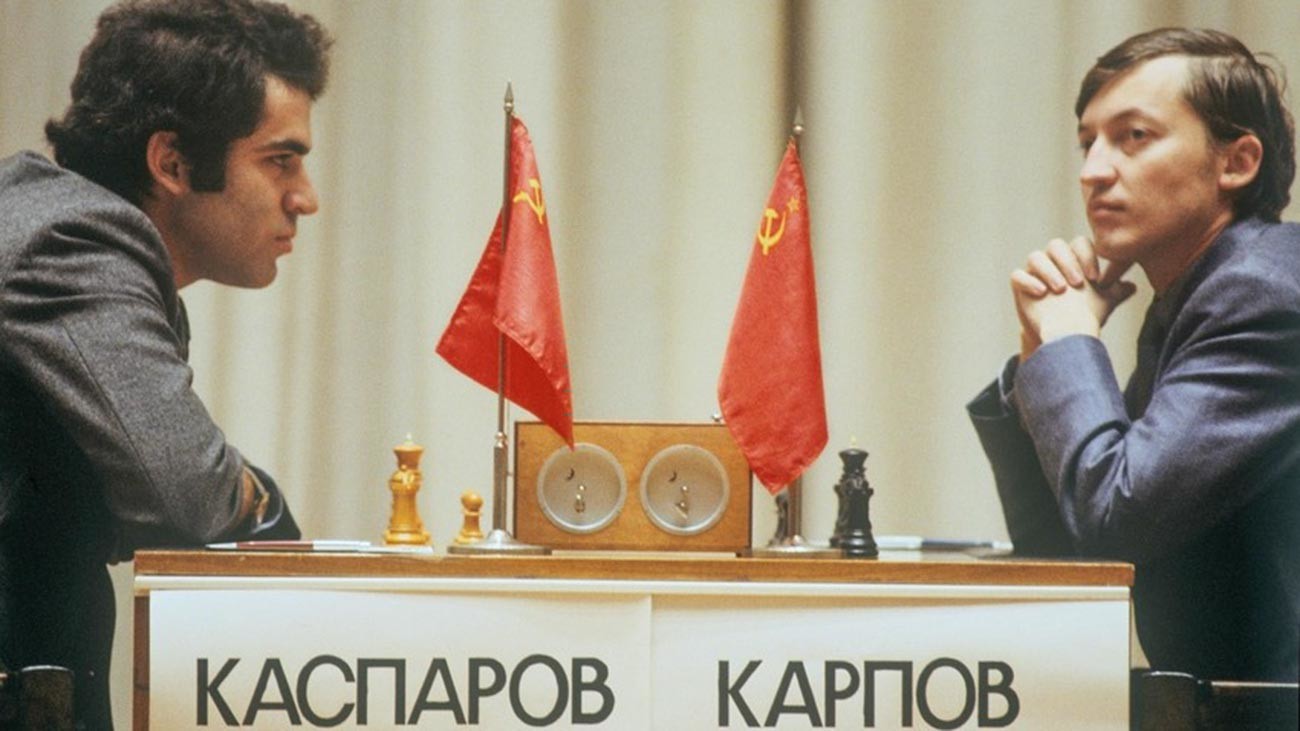 Strange as it might seem, chess and theater have much in common. Human intelligence is the most important factor for both. Groundbreaking Soviet theater director Vsevolod Meyerhold led like a chess master, earned a reputation as a control freak and influenced the art of performance as much as Dostoevsky influenced the world of literature. Find out more on his life and how it was ruined by Joseph Stalin.

Meyerhold was not the only one who fell prey to the Soviet regime, of course. Paradoxically enough, Andrei Platonov supported communism, but his books exposed the totalitarian system. For instance, The Foundation Pit is a scorching satire on Stalinism and the oppressive bureaucratic system that destroys hope, faith and humanity. Are you intrigued? Read more here.

I adore Russian cuisine - its traditional, as well as modern dishes. However, it is enough to look at our readers' favorite dishes to see that the classical ones are more popular. Anyway, I always try to show you how varied contemporary Russian cuisine is. How to cook ‘herring under a fur coat’ without mayonnaise or how to fry apricot varenye in a pan.

This year we also entered dangerous territory. We found out who first started eating lard and how Russian borscht differs from Ukrainian. Do you know? The comments on social media were fierce... 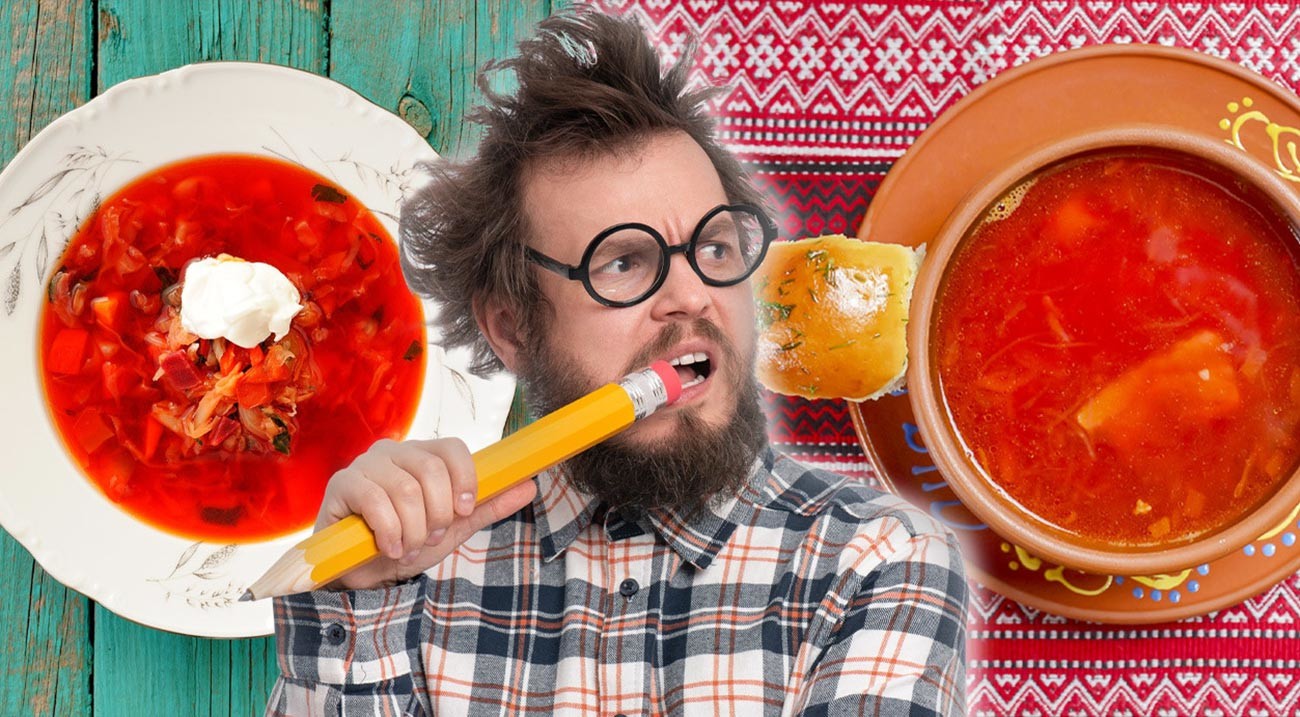 I also wondered which recipe of ours was the best this year. We published so many different things, but among traditional dishes I would give the award to syrniki. They are the ones that you want to cook on weekend mornings; they are associated with warm memories of our grandmothers, they are the embodiment of home comfort and security. I hope that the next year will bring us more cozy moments (and syrniki) with our beloved ones!